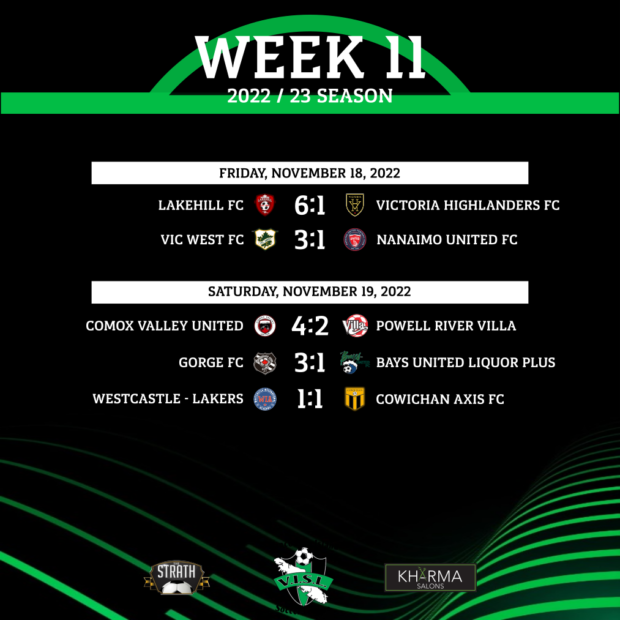 It’s been just over a month since we were able to bring you our weekly round-up of what’s been going on in the Vancouver Island Soccer League (VISL), but as things quieten down here at AFTN, we’re back with a bang.

So what’s been happening in the last few weeks in the top flight of amateur soccer over on the island as the season moved into the second half?

Well league leaders, and defending champions, Lakehill dropped their first points of the campaign in a 1-1 draw with second placed Vic West on October 21st, but apart from that, it’s been the Reds steamrollering their opposition to lead the standings by seven points, still undefeated and racking up over 50 goals in their 11 matches to date.

At the other end, Westcastle Lakers have found their form, putting up 11 points to move off the bottom and well clear of the danger zone, while Power River Villa and Comox Valley United are in danger of being cut adrift in the battle to avoid relegation.

Lakehill’s latest victory came at Braefoot Park last Friday when they put up another half a dozen in a 6-1 victory over Victoria Highlanders. The leaders were three goals to the good by the midway point of the first half thanks to a brace from Patrick Nelson and one from Tony Barbon. Craig Gorman made it 4-0 three minutes into the second half before Samuel Vieira pulled one back for the visitors seven minutes later. Goals from Trey Ference in the 72nd and Isaac Koch two minutes from time rounded of the scoring.

That result was the fifth time this season that Lakehill have scored five or more goals in a match. Can anyone stop them right them?

Elsewhere in Week 11, Vic West defeated Nanaimo Utd 3-1 on Friday thanks to goals from Kaelan Cooke, Marcus Campanile, and Salem Almardy, while Nanaimo got on the board courtesy Declan Brown.

Saturday got started with a Northern Island tilt that saw Comox Valley defeat Powell River 4-2 in the battle of the bottom two. Comox had goals from Kyle Bate, Joe Butcher, Gabby Mason, and Philip Ludwig. Villa had markers from Niko Cristante and Kalem Lindstrom.

Saturday also saw the Saanich based Gorge FC defeat their Oak Bay friends in Bays Utd 3-1 after goals from Hussein Sayed, Matthew Olaka, and James Cameron. The lone Bays marker via a penalty from Robert Eng.

Saturday wrapped up with Westcastle and Cowichan battling to a 1-1 draw. Westcastle’s goal came from Kevin Perez, with Connor Crichton on the scoresheet for Cowichan.

So after all of those results, the VISL Division 1 standings look as follows: 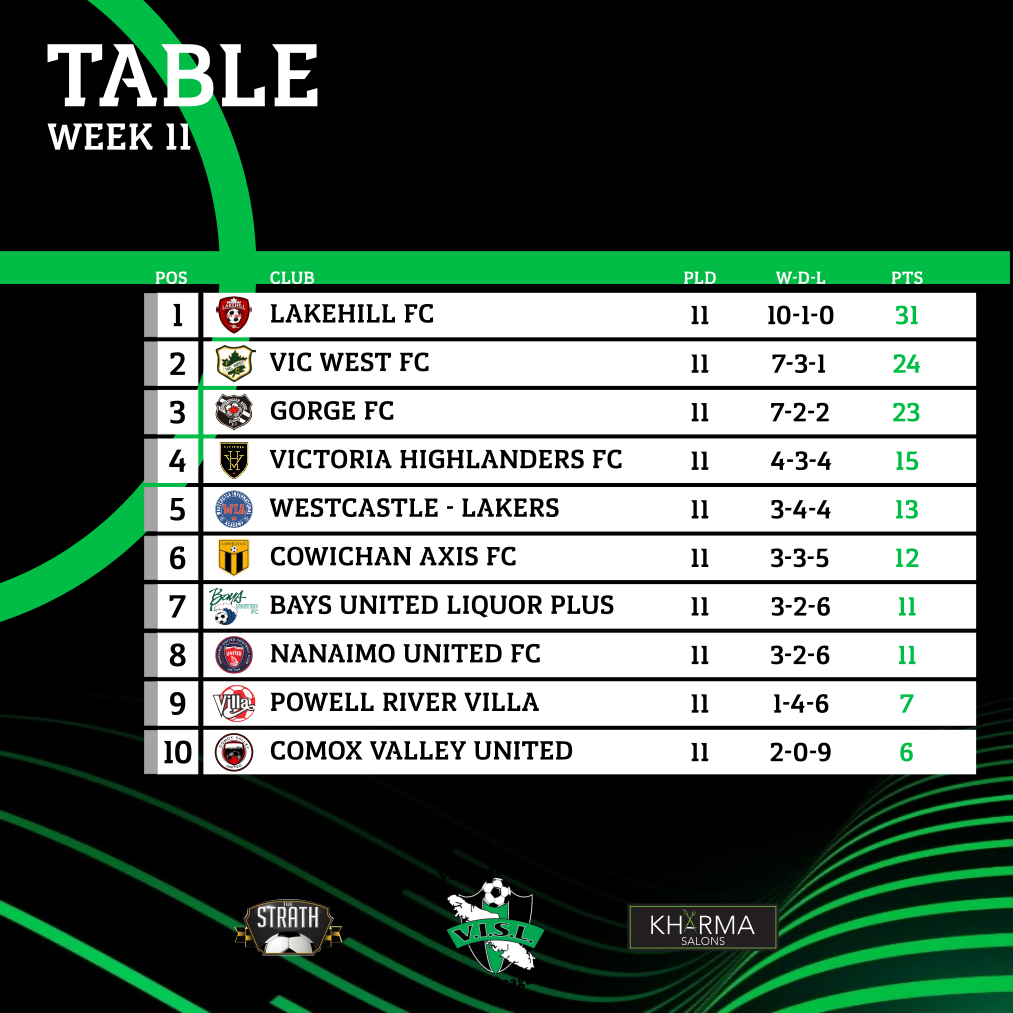 Five goalkeeper are tied at two clean sheets over the season in the battle for the Golden Glove, while in the race for the Golden Boot, Patrick Nelson of Lakehill leads the way. Of note though, it’s great to see rookie player James Cameron of Gorge making the top five. 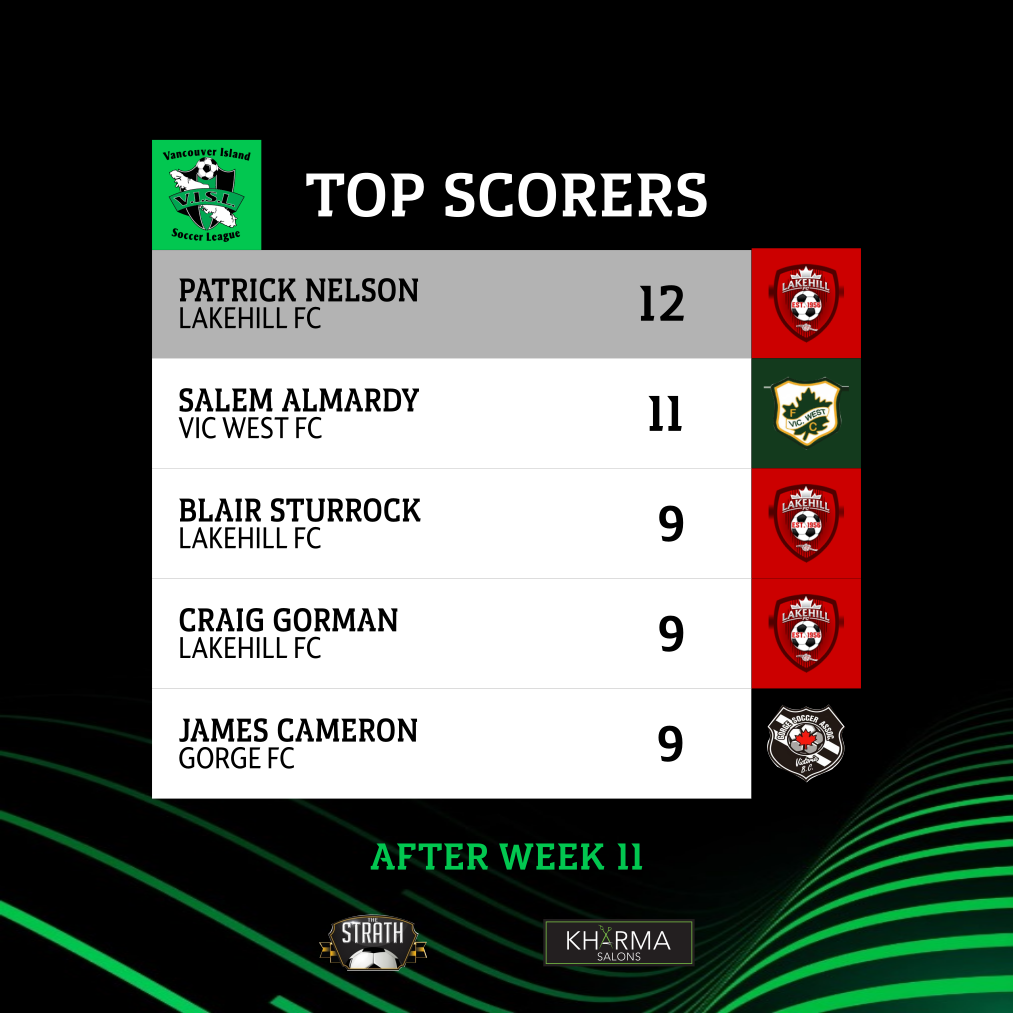 If the World Cup has given you the itch to get out to some live action this weekend, then there’s a full slate in store of VISL Division 1 action. 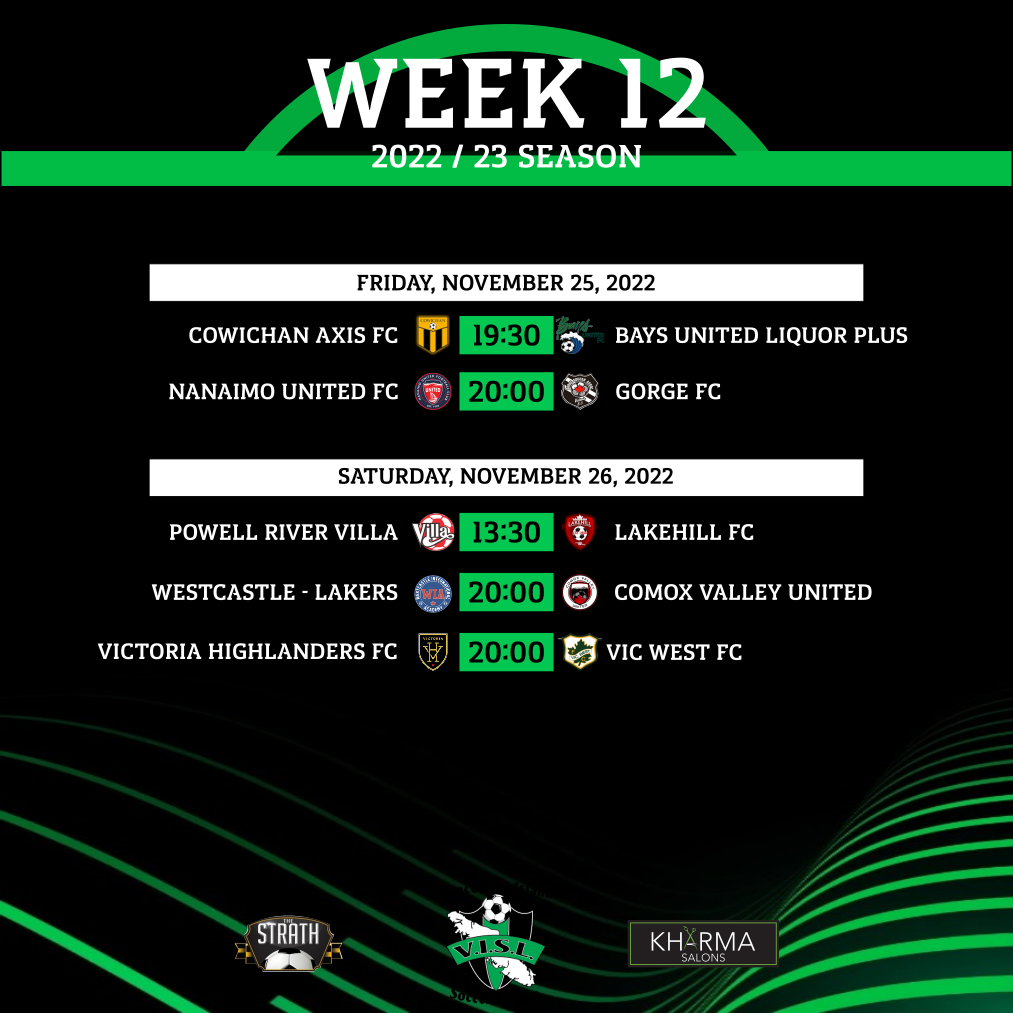