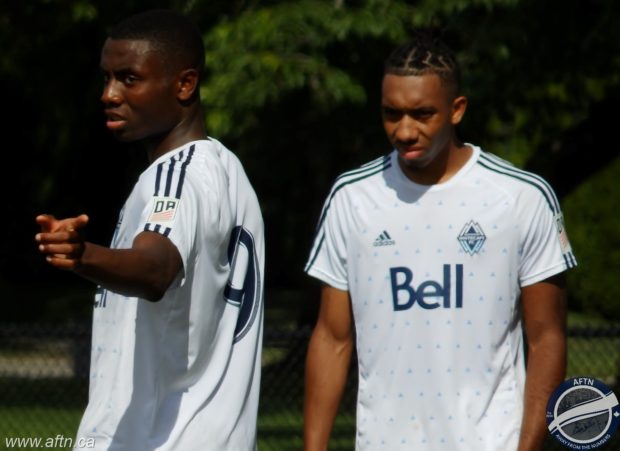 Vancouver Whitecaps U19s wrapped up an outstanding week in San Diego with a 3-1 win over 5th ranked Pateadores on Friday to clinch their playoff group with a perfect record of three wins out of three.

Rich Fagan’s squad headed into the playoffs in confident mood after another strong regular season in the USSDA Northwest Division of the Western Conference. They knew they were in for three challenging matches, but they also knew that they had the beating of all three teams, and that proved to be the case.

The star of the U19s playoffs campaign so far has been forward Theo Bair (read our interview with him from earlier in Residency Week).

The 18-year-old hit six goals over the three group games, including a hat-trick in Monday’s opening 5-1 win over New England Revolution, to add to his already high stock with the Whitecaps management.

Bair scored in every match this week and rounded off a fantastic individual week with a brace in Friday’s win over Pateadores.

The whole squad shone this week in San Diego, especially the defence who dealt with pretty much everything thrown at them, building off a strong regular season that saw them give up 1.25 goals per game for the best record in their division and the second best in the Western Conference.

Special mentions also go to Jefferson Alade, who notched three goals in the group games and also scored in every match (both Bair and Alade are pictured in our main story photo), and to midfielder Nicholas Fussell (pictured below) who scored two goals over the week. 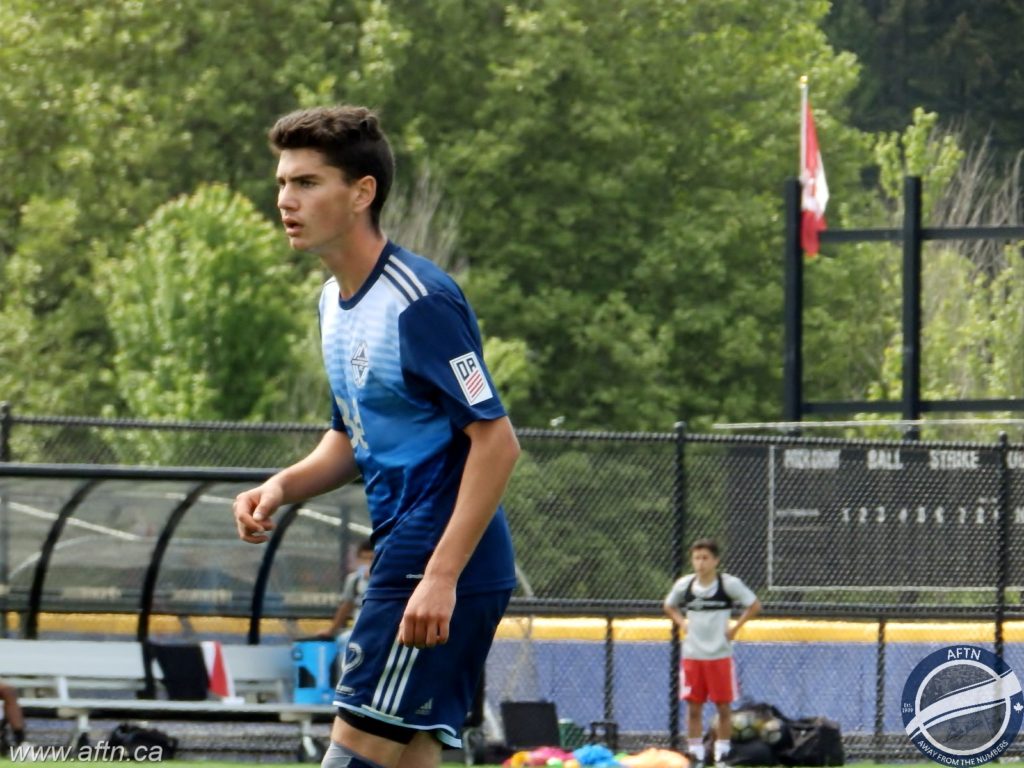 The full results, and scorers, for the U19s this week were as follows:

The ‘Caps U19s now advance to Monday’s quarter-finals, which will also be played in San Diego under the new look postseason format.

This is the seventh season that the Whitecaps Residency sides have competed in the USSDA playoffs, with one ‘Caps side reaching at least the quarter-finals stage in six of those seasons. The U18s (as they were then branded) have reached the Championship game in 2012 and 2016, losing heartbreakers to FC Dallas on both occasions, and this is a strong squad that can certainly make it a hat-trick of appearances next month in Kansas City.

The U19s headed into the playoffs as 10th seeds, and after a week of drama and last ditch heroics elsewhere on Friday, they head into the last eight as the fifth highest ranked side remaining (by my calculations as the USSDA website inexplicably hasn’t updated all the final standings!).

That should set up a quarter-final meeting on Monday with a semi-familiar foe – Sockers SC. This is the USSDA though, so things don’t always go as it would appear they should in Vancouver’s case over the years, so we could end up seeing them playing Divisional rivals Crossfire Premier.

The ‘Caps lost 4-2 to Sockers in Florida in December, while the Washington State side pipped the Whitecaps to the Northwest Division crown by just three points over the regular season and the ‘Caps know them very well indeed. The two teams played out a pair of barnburners during the regular season with the ‘Caps giving up two goals in the last ten minutes to lose 4-3 at UBC in September and then scoring an 85th minute leveller in Redmond in April to come away with a point in a 3-3 draw.

Either quarter-final pairing has the making of a high scoring classic, with hopefully the ‘Caps edging it this time around. Good luck guys.

It wasn’t such a good news story for the Whitecaps U17s this week unfortunately. The team got off to a slow start in both of their matches so far, and despite dominating the second half of both games they went down to a 1-0 loss to Barca Academy AZ on Tuesday and could only draw 1-1 with Orlando City SC on Thursday (Keisean Brooks with the 90th minute equaliser).

Those results killed off the ‘Caps chances of advancing out of their group, making Saturday’s game against Philadelphia Union just for pride. Let’s hope we can see two Whitecaps teams get the better of Union sides that day.