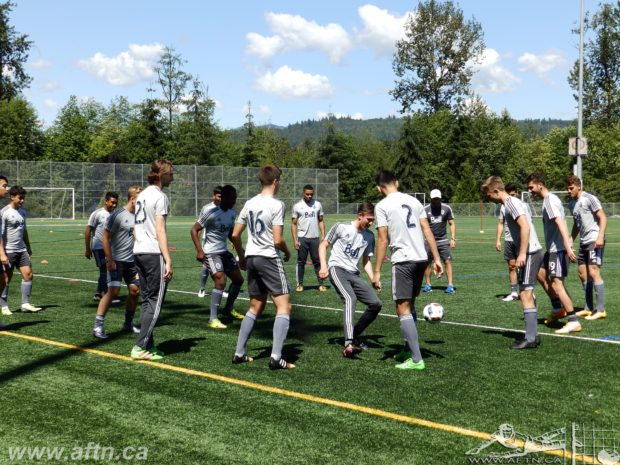 The end of every Residency season is the end of an era, with graduates from the program moving on to pastures new in both the pro and college ranks.

This year’s Residency alumni feels a little bit different from years past with so many of the group being together for a number of years now. Many of them have come through the last five seasons together, playing as a unit from pre-Residency in 2011. Thomas Gardner and David Norman go even further back, playing with Whitecaps Prospects in 2007 as nine-year-olds.

Some have already moved on to starting their pro careers with WFC2 in the USL, whilst others are going down the college route to continue their soccer development and get an important education.

We always look back at the class of 2012 as perhaps some of the best talent the Residency program has produced. The U18 side that year went all the way to a narrow late loss in the championship game to FC Dallas, with most of the side going on to pro careers, five of them with the Whitecaps MLS side.

This current crop of Residency talent is arguably the most successful and promising group yet however.

Thursday’s comprehensive 4-1 trouncing of the Players Development Academy sent the ‘Caps U18s to their first USSDA Championship game since that loss in 2012, and as fate would have it, FC Dallas are the opponents once again.

It’s been a continued progression for the group, following on from two agonising quarter-final defeats for the Whitecaps U16s the past two seasons.

It’s been a fantastic achievement from all the guys and the close knit bond of the group shines through on the pitch with their play and understanding.

The fruits of their labour in terms or results has been matched with the success in moving on the next level.

Of the 18 players that were in the squad for Thursday’s semi-final, only seven will return next season to the Residency, with two others having already signed USL contracts. Nine will be leaving the program to head to college, with another couple of departing players unable to take part in the Final Four due to other commitments.

Let’s break those numbers down a little so that everyone can keep track of the players.

Matthew Baldisimo, Terran Campbell, Kadin Chung, and Thomas Gardner have already all signed pro deals with WFC2 and have a number of appearances under their belt. Campbell and Chung started in the win over PDA, but Baldisimo and Gardner missed out as they are away with the USL squad for this week’s matches.

A staggering 11 players will be departing the program after Saturday’s Championship game, with most, if not all of them, heading to the US to play NCAA college soccer. With a few other Whitecaps players currently turning heads with their performances in the playoffs, they may be joined by a couple of others.

Right now though the departure list reads as follows:

We wish them all well and, as always, we’ll be following them in their new footballing journeys here on AFTN with our regular “Caps In College” feature.

That’s a lot of talent for the program to lose, but with the likes of Aylward, Amanda, and Metcalfe back next year, the experience U16 guys like Apostol, Baldisimo and Alan Camacho have got at the higher age group this year, and with a number of other top players from the U16s set to move up, the Residency continues to be in excellent shape.

And if they can go out with a bang and a national championship in LA tonight, then that’s the perfect ending to what has already been a fantastic season. We’ll be watching intently.