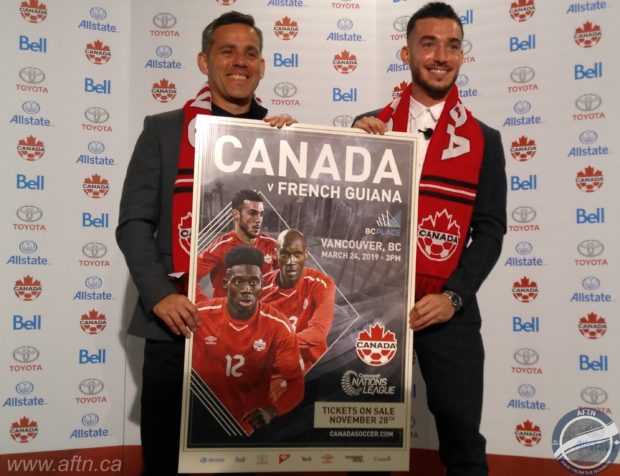 The Canadian men’s national team are heading back to BC Place after an absence of two and a half years.

It’s a return that was looking increasingly unlikely after the BC Provincial government disappointingly pulled Vancouver out of the list of potential host cities for the 2026 World Cup, but it seems that football is indeed coming home.

That decision not only caused a lot of disconcertion amongst soccer people locally and nationally, it created a lot of anger, with CONCACAF President, and Burnaby boy, Victor Montagliani making his disappointment clear.

Bridges were burned and the strong murmurs were that so were Vancouver’s chances of hosting any more Canadian men’s or women’s national team matches for the foreseeable future, and possibly a considerable amount of time beyond that.

But situations change, and sometimes the needs overcome those other aspects and cooler heads prevail, and with that, Vancouver has been afforded the chance to bring the Canadian men’s national team back to BC Place for their crucial final CONCACAF Nations League qualifier against French Guiana on Sunday March 24th.

“I think the prime motivation is to keep bringing this game to as many parts of Canada as we can,” Herdman told the assembled media at Monday’s presser to announce the match. “There are some facilities that have that opportunity to put big crowds in them, and this is one of them.

“And then you’ve got the weather conditions. The weather at that time of year is often not favourable in other parts of Canada. So we know BC in March is doable, playable, and trainable.”

The ability to draw a crowd in Vancouver will certainly have played a pivotal part in the decision to put any hostilities with the BC government aside. Drawing just 10,253 fans to the qualifier against Dominica in Toronto in October will do that. But there’s one other big aspect in the national team heading back to Vancouver – head coach John Herdman.

The Englishman is no stranger to the city. He’s spoken passionately about the support and the crowds he’s witnessed first hand at BC Place when he was in charge of the women’s team and witnessing it as a fan when the men’s team played there and there was a packed house for the qualifier against Mexico.

For him, those memories, along with all the other factors, made bringing the team back to Canada’s soccer city a no-brainer.

“It’s a great place and it’s my home town!” Herdman enthused. “It’s [Russell Teibert’s] home town. Russell was ringing us and saying ‘look John, you better have it here’. Giving us grief. And my wife and kids were doing the same.

“Nah, I’m just kidding. It just makes sense in that March period to make sure we get the best training facilities and a world class facility that can host a big match, and it’s a big bloody match. It’s a big game for us.” 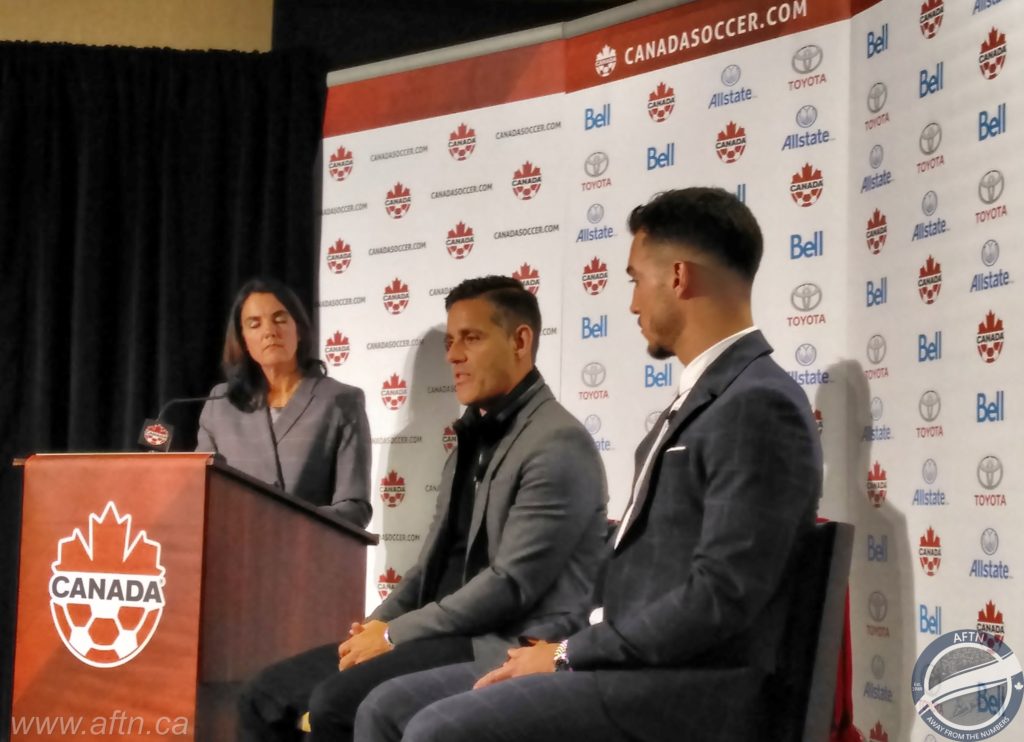 For the Vancouver based players in the squad like Teibert, Doneil Henry, and Marcel de Jong, taking away the travel for an international match will clearly be a boon to both the players and the Whitecaps, especially so early in the new MLS season. It will also mark a quick homecoming for recently departed hero Alphonso Davies, another aspect of the match that will put bums on the BC Place seats.

But did Teibert ever worry that the NDP’s decision to pull out of the World Cup hosting process would signal an end to Canadian national team home games in the city he has long called home?

“I’m fortunate to be able to play in Vancouver all the time with the Whitecaps, and feel the love and support,” Teibert told us. “But playing with Canada, being able to represent your country, and not only a city, is something really truly special. I don’t think I was ever worried, but what I can say now is that I’m excited to play in that game.”

Pulling on that Red and White shirt is clearly special for Teibert, but he’s had a difficult time recently with previous national team coaches, so much so, that he did even wonder if his national team dreams were over before they have even really begun.

“There’s was a time here where I didn’t know if I was ever going to play for Canada again, and that’s honest,” Teibert revealed, while admitting he feels revitalized under Herdman’s tutelage of the national team. “But since John’s taken the job and since I’ve been involved with the team, and really taken on board the culture and the new generation, where we’re heading on this roadmap to a World Cup, I feel revitalized. I feel honoured, proud, and just humbled to be back out here and wearing the Canadian jersey.”

Now he’ll get to pull it on again on home turf.

And as Herdman points out, this is a vital match for Canada. On paper it should be a fairly comfortable victory, but that doesn’t mean they don’t want all the home field advantage they can generate, whether that be crowd, weather, or pitch.

Canada currently sit in third in the Nations League qualifying table on nine points. The top ten earn a spot at next year’s Gold Cup. The top six from the 34 competing countries will advance to the next round to take on the six teams who made it to the Hex during World Cup 2018 qualifying, with teams split into four groups of three.

The target was “first by Christmas”, but a narrow 1-0 win in the tricky St Kitts and Nevis put the kibosh on that. That’s still an excellent achievement in what has been an excellent first year in charge for Herdman.

Canada will finish 2018 unbeaten, with four wins in four matches, and all of them won without giving up a single goal.

“We wanted to be top of the charts, but we never quite made it,” Herdman said. “We needed a few more goals in that match [against St Kitts and Nevis] and probably needed to score a few more in the Dominica game to be top. But our goal was to come out with another clean sheet. To finish the year, our first in history, as a perfect year, with four games and zero goals conceded, and the players really committed to that.

“The guys that have more of an attacking influence were putting their bodies on the line and making sure that that clean sheet was maintained. We’re now just a point away from what we set out [to do], which was Group A Nations League. That’s a great step for this team. I know these guys are excited.”

And if/when that qualification to the next stage of the Nations League is achieved, fans can look forward to more matches here in Vancouver, and Herdman is excited by the crowds he feels they will bring out.

“If we make the Nations League Group A, those FIFA windows will be filled with tough matches against big teams,” Herdman said. “The Mexicos, the USAs, the Costa Ricas, so fingers crossed, the next time we’re in BC, not in March but the next one, it could the USA, it could Mexico, it could be Costa RIca, which I know the fans really, really get up for those games.”