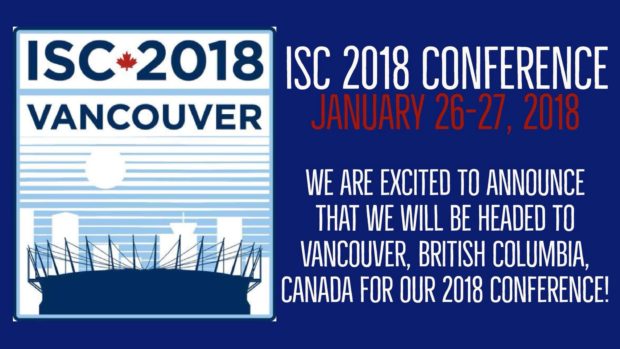 For those familiar with my work, I have always had an interest in supporter culture and what makes people tick.

This coming weekend, the Vancouver Southsiders host the Independent Supporters Council Conference 2018. Why does this matter? It’s pretty simple.

The ISC, for short, is a supporter run council that promotes all aspects of supporter culture, including the fair treatment of all. It should be noted that the ISC does not restrict itself to MLS clubs only. All supporters groups representing a team in an US or Canadian based league are free to apply. Each group is allowed up to two delegates to represent them at the annual conference.

This year, the Southsiders are represented by President Aaryn Vivian and Vice President Peter Czimmermann. From a Whitecaps supporters perspective, it is not definitively known whether Curva Collective and Rain City Brigade have plans to join the ISC.

You may not have known about this organization until now. If you are a casual fan, or not a part of a supporters group, you are probably unaware of their existence. There is no requirement to join the ISC, it is strictly up to each group. One notable omission from the Council would be the Emerald City Supporters. It is not known why they haven’t joined, but Seattle are represented by Gorilla FC.

If people aren’t aware of the ISC, why do they exist? They exist to help grow the game and their official website explains the Council as follows:

“We are here to promote supporters’ culture and advocate for fair treatment of supporters, both at home and on the road. We also serve as a resource for our members to share information about supporters’ issues. There are more than 30 members of the ISC in the US and Canada.”.

Recent actions have included urging the owner of the Crew and Commissioner Garber to work to #SaveTheCrew and pushing for the ending of the banning of Matt Parsons, a leader of the DC Ultras from RFK and all MLS venues in 2016. Closer to home, they stood behind the Southsiders in their decision not to travel in light of who was elected the 45th President of the United States of America.

As already mentioned, the 2018 Conference is being held here in Vancouver over the course of two days. This year, the Southsiders have also organized a number of social events tied to the Conference, some of which I will be attending and will have more insight after.

Should we expect to see any tangible results? I don’t expect to, but also, I do not know what’s on their agenda. But there are definitely some very pressing issues for football fans throughout North America at this point in time and getting a cross section of supporters in one place to address them, can only be good.

More information about the ISC can be found on their website – www.independentsupporterscouncil.com. We hope to bring you some of the main talking points coming out of the Conference here on AFTN in the coming weeks.