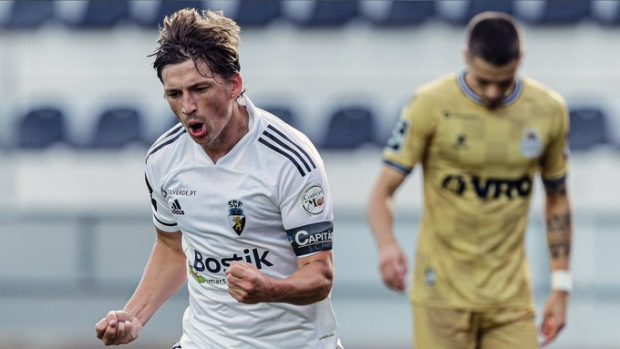 Vancouver Whitecaps need help and they need it quickly. On a five game losing streak with a difficult few week ahead of them, the ‘Caps risk being cut adrift at the foot of the Western Conference standings after a promising start that saw them take seven points from their first four matches of the new campaign.

Late goals given up, switching off defensively at key moments, an inability to score a first half goal, and a slew of missed goalscoring chances are all factors in the Whitecaps current slump. But the glaring missing piece in the Whitecaps squad is something that head coach Marc Dos Santos has coveted since he took over the reins in 2018, and the long suffering fanbase have craved for even longer – a creative, attacking midfielder. A game changing number 10. A true difference maker.

Adding that piece isn’t going to miraculously change the Whitecaps’ fortunes overnight. It’s not going to help the attackers finish chances or stop mistake on the back end, but it will give some spark, some creativity, and dare we say it, some hope and maybe even excitement in their matches.

The search for that elusive midfield maestro has proved more elusive for the ‘Caps than the search for the Loch Ness monster. But forget Scotland’s Nessie, the club are hoping that the Scottish Messi could be the answer to the Whitecaps’ woes after tabling a monster offer to secure the services of Ryan Gauld, as we revealed on Monday.

Got a Whitecaps transfer rumour for you! The 'Caps have apparently put in a bid to sign Scottish number 10 Ryan Gauld. Is currently with Portuguese side Farense. 3 year deal on the table paying him $3 million a year. Is said to be close but some other clubs also interested. #VWFC

Gauld is coming off a stellar season with Portuguese side S.C. Farense and is in the form of his life, making him very much in demand. He is being courted by clubs in Portugal, Spain, Scotland, and England, but the Whitecaps are thought to have the current edge with their desire to build the team around him and pay handsomely to see off the competition.

The 25-year-old Scot shone in a Farense side that finished second bottom of Portugal’s Liga NOS, subsequently getting relegated. Farense scored 31 goals over the season and Gauld was involved in 52% of them with nine goals and seven assists. He created more chances than any other player in the league (75) and was named man of the match on nine occasions, another league high, and captained the side on several occasions.

Gauld has a cultured left foot and is a structured player who can both create and drop back to defend and win balls back there to spark breakaways. Although primarily an attacking midfielder, dropping in behind the striker, he can also play of the left side of midfield and often has a free flowing role that allows him to drift out there when the opportunity arises. He has the ability to make things happen and a great football IQ. He also has two attributes that are badly needed in this Vancouver squad – the ability to both create and score.

Here’s a breakdown of Gauld’s play from SofaScore.com

The Whitecaps are understandably being coy about their interest in Gauld, but it’s long been known that Dos Santos has been a fan of the player and admitted that he has been very much on the club’s radar this past season.

“Ryan is a player, a left footed player, with a lot of quality, good vision,” Dos Santos said of Gauld this week. “He can play as a number 7, a number 11, a number 10. A player with a great vision, a lot of intensity, a lot of quality. I know him, not only from his time at Sporting, but also his time at Farense. He had a fantastic season this past season and that’s who Ryan Gauld is.”

When we were first alerted about Vancouver’s interest in Gauld about a month ago, we were told that his contract situation was “complicated”. That stemmed around a disputed option year that Farense have on the player, one which was thought to have been negated upon the Portuguese side’s relegation.

The general consensus has been that Gauld will now be a free agent come July 1st, which in part is a reason for his many current suitors. That, however, is not how Farense President João Rodrigues views the situation.

“Ryan Gauld is a Farense player,” Rodrigues told Ojogo.pt. “He has a signed contract for the next season, as all procedural requirements have been met. Obviously, Farense will do everything to defend his rights.

“We have complied with Ryan, as we have always done, and he with us. We know that there has been news about his departure, but our intention is to keep him and extend the contract for even more years.”

Understandably, Farense do not want to see their best player, and prize asset, leave on a free transfer. They want to cash in on the season that Gauld has had. But the last thing any club will want is for this to go to arbitration. For the Whitecaps, it’s the whole Camilo situation in reverse, although we may not see Gauld turn up in Utah wearing a Hoop kit and giving a thumbs up.

Gauld came through the youth ranks at Brechin City and Dundee United, before breaking into the United first team as a 16-year-old. His performances led to the inevitable wonderkid hype from the Scottish media, and saw him being dubbed tongue-in-cheek as the Scottish Messi. Living up to such a moniker is always a near impossibility for any young player and it’s take Gauld a few seasons to really find his feet.

After two seasons at Tannadice, Gauld earned himself a move to Portugal with Sporting CP, where he primarily played with their B team and saw a couple of loan spells. One of those loans was to Farense, who made the move permanent at the start of the 2019 season and he’s excelled ever since.

When we broke the news of Vancouver’s interest in Gauld, two main questions were thrown around – why would he want to come to MLS at this stage of his career and if he is so good, why was he not in Scotland’s Euro 2020 squad?

Starting with the latter, that is a question that has perplexed and angered many Scotland fans. Gauld has never been capped at senior level for his country, but has earned 11 caps with the U21s and was also previously capped at youth level. 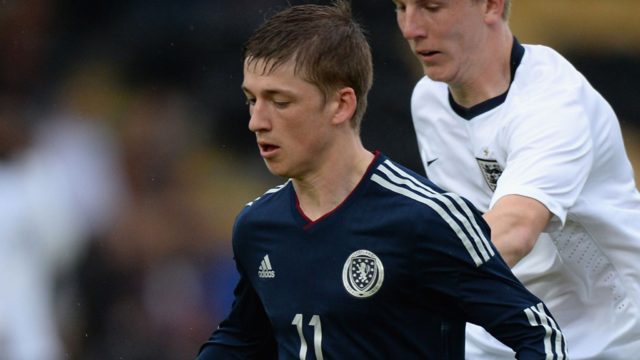 Leaving out an in-form midfielder who is playing at a high level was certainly strange and there had been a clamour for his inclusion into the 26-man squad. Scotland boss Steve Clarke is on record as saying that Gauld found himself in a position with a lot of depth and it would been difficult for him to break into the group ahead of the already established players. Utter nonsense and one goal, from 41 shots, over three matches, would beg to differ with Clarke’s viewpoint. His absence wasn’t due to a lack of quality, more the coach’s perception.

As to why come to MLS and why to Vancouver, well monetary reasons aside, Gauld has stated that wherever he goes next, he wants to be there as a regular starter. His slim build and style of play is not always a recipe for sustained success in the likes of England and Scotland. The one thing that Gauld does not want to do at this stage of his career is to go to a Southampton or a Celtic and find himself playing a bench role.

In Vancouver, he is a guaranteed starter and is the player the Whitecaps will be looking to build their team around for the next few seasons. He speaks Portuguese, so will immediately integrate with the likes of Bruno Gaspar and Caio Alexandre and head coach Dos Santos, and his style of play compliments the South American contingent on the squad. MLS quirks and the settling in period aside, he looks a perfect addition.

And if he wants to get an idea of what life is like in MLS, he only needs to ask his former Dundee United teammates Johnny Russell and Gary Mackay-Steven.

The MLS summer transfer window opens on July 7. After striking out on a number of attacking midfielders already, this is a deal that the Whitecaps need to get over the line. Their season could depend on it.

If you want to know more about Gauld’s attributes as a player and what he can bring to Vancouver, there’s an excellent analysis of him over on Breaking The Lines.