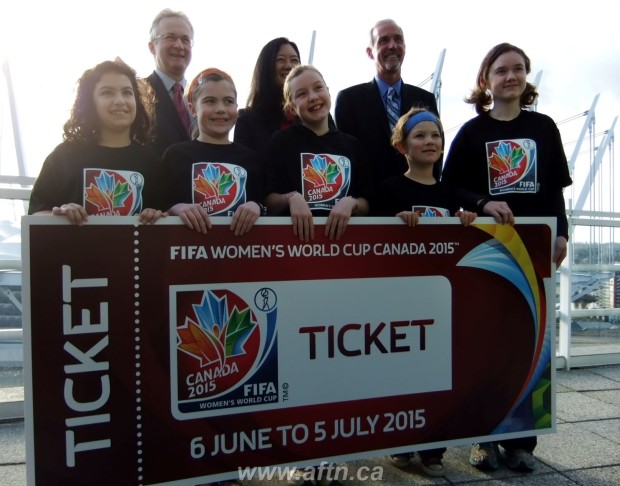 Five years after the 2010 Winter Olympics, Vancouver will be hosting the world again, not just as one of the six host cities for the 2015 FIFA Women’s World Cup, but also as the venue for the Final itself.

Vancouver will host nine matches in the tournament overall, with BC Place playing host to the Final on Sunday July 5th, along with four matches in Group C, one Group D match, two round of 16 games and a quarter final.

Canada will be in Group A and will play their first two group games in Edmonton, before heading east to Montreal for their final group encounter. If the Canadian women top their group then they will head to Vancouver on Sunday June 21st for their match in the last 16 against one of the third placed teams and if they get through that then they would place their quarter final at BC Place on Saturday June 27th.

The tournament, which kicks off in Edmonton on Saturday June 6th, will be played coast to coast in Canada and will feature 24 teams for the first time, with qualification taking place from April 2013 to November 2014.

So what was behind the decision to have Vancouver hosting the final?

“Vancouver for the final was part of a process of trying to reach 1.5 million ticket sales. There are really three venues of the six host cities that are capable of reaching that number for us because of the capacities, and so that would be Edmonton, Montreal and Vancouver.

“And really Vancouver is probably the premier stadium in Canada right now with it’s recent refurbishments, so we felt it was the appropriate place for the final.

The success and the crowds drawn at last year’s Olympic qualifiers must also have helped give Vancouver the edge for hosting the final.

“You know, I’m sure it helped. I’m sure when you put 25,000 people in a stadium and you see the enthusiasm the city has, certainly it’s part of the process because you can be successful in this market. But it’s the quality of the stadium right now in Canada. It’s definitely the premier stadium right now for it’s size, so I would say that was the biggest part of the reason.”

The Deputy Mayor of Vancouver, Geoff Meggs, was understandably delighted that the city was playing a big part in the tournament.

“This is a very exciting day for the city of Vancouver. We are very proud that since the Olympics we are developing a reputation we think, as a great place to host important sporting events, where the world can come, where the facilities are excellent, where the volunteer support is outstanding.

“We’re going to see the best players in the world, not only in competition but also practising at some of our Parks Board facilities throughout the city, as FIFA determines where they want to locate them.”

It was a sentiment echoed by tournament National Organising Committee member Steve Reed.

“As we’re all aware, as an Olympic city, Vancouver has an extremely strong history of hosting successful international sporting events. Last year’s record setting CONCACAF Women’s Olympic qualifying tournament at BC Place was perfect testament to the passion for the city’s passion to cheer on the red and white of Canada.”

If the initial reaction to the news is any indication of the demand for tickets then that passion is there. Just how many tickets will be available for Vancouver is as yet unclear, with no decision made as to how much of BC Place will be opened up for the games, as Sandra Gage explained.

“We can’t make that decision yet. We haven’t made that decision or even actually broached that topic yet. We’ve just got the schedule finalised, so that will be something we’ll be working through with FIFA.

“We have regular site visits with FIFA. They will be in the country a minimum of two times on an annual basis to review all the stadiums and to see the progress that we’re making because all of the stadiums as they exist today aren’t necessarily how they will exist for our competition. We have a great deal of work to do in making them football ready because most of the stadiums are playing in a traditional American or Canadian football stadium, so certainly there are some enhancements that we will need to do to some of the stadiums, so it’s an ongoing process.”

And will the artificial pitch at BC Place prove to be a problem or is there going to be a grass pitch installed for the tournament?

“All the matches in the tournament will be played on football turf. That decision has been made as part of the schedule being created. There’s not an issue per se. The competition is in 2015, so all of the turfs, in all of the stadiums, will have to meet a minimum requirement from FIFA, which is their two star quality standard and that will be part of the process for us as we build towards the competition.”

Tickets will go on sale in the third quarter of next year and the draw will take place in Canada in November 2014. Exactly where in Canada is still to be decided. 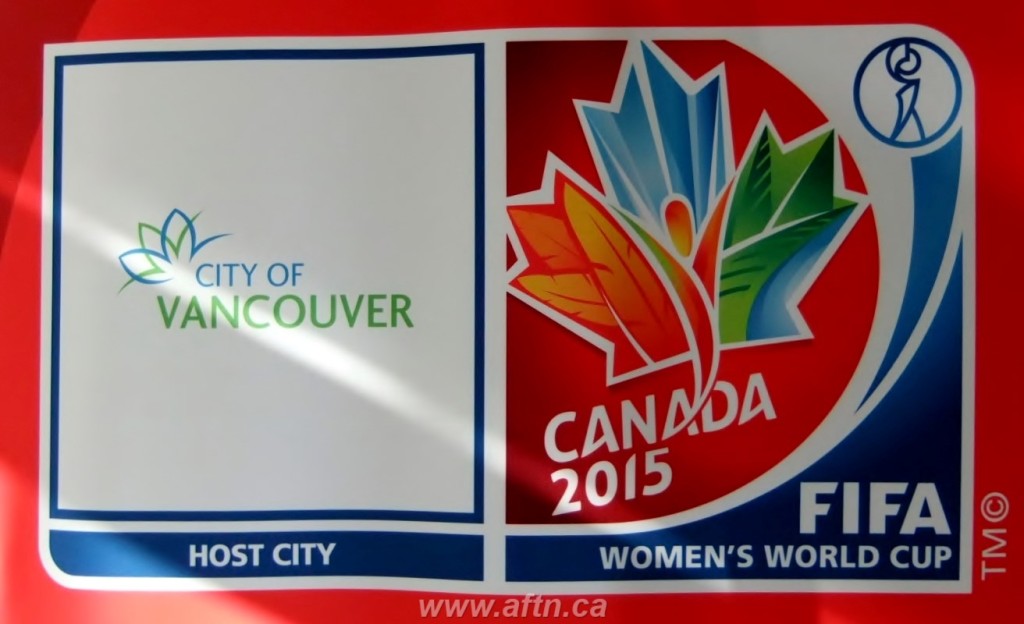