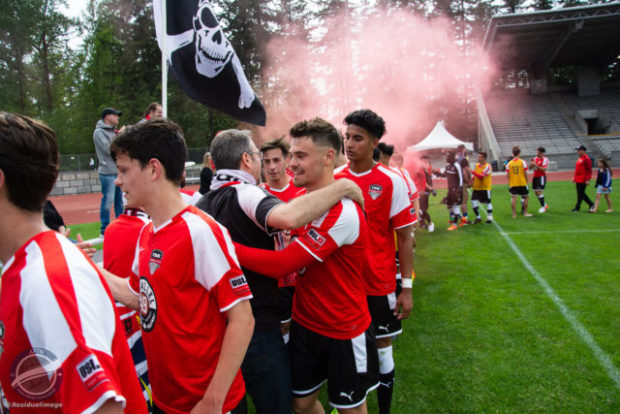 The 2020 USL League 2 schedule is out, and it’s got a little bit of a different look to it for Vancouver TSS Rovers this season.

Not only is the season starting a week or so later than usual, there’s some new names on the fixture list, and after three previous years of May-heavy home fixtures, the Rovers find themselves playing most of their matches at Swangard in June.

The Northwest Division of the Western Conference has been one of the most competitive throughout the league these past few seasons, and despite a couple of new names in the table, there is nothing to suggest that this won’t be the same again this year.

The big talking point is that the BC derby is no more. Victoria Highlanders recently announced their decision to leave the USL set-up and will play their 2020 season in the Pacific Coast Soccer League (PCSL), as they prepare to make the move the new BC League 1 that is hoping to get underway next year.

That means no Juan de Fuca Plate, in league play at least, but the clubs are hoping that they can possibly sort out some other way to play for the supporter designed silverware.

Taking their place in the division is another Oregon based side, TFA Willamette, who originated as a non-profit youth organization out of Albany, and much like TSS are looking to do, will see this as an ideal next step for their talented academy products.

Seattle Sounders U23 are no longer in the league as well, replaced by the Edmonds and Washington north shore side Sound FC.

Portland Timbers U23 will look to be a powerhouse this season and all eyes will be on Calgary Foothills to see how the impact and connections with Cavalry FC play out. All in all, it should be another entertaining season.

“Excited for our 4th season in USL League 2,” TSS owner Colin Elmes told AFTN. “We expect to see more of our kids make their debuts and build on last years minutes at this level.”

The Rovers will play one home game in May, five in June, and one in July. That does make for a gruelling start to the campaign where points may prove hard to get, including a four game road stretch from May 22nd to June 3rd and only two home games in the first half of the season. 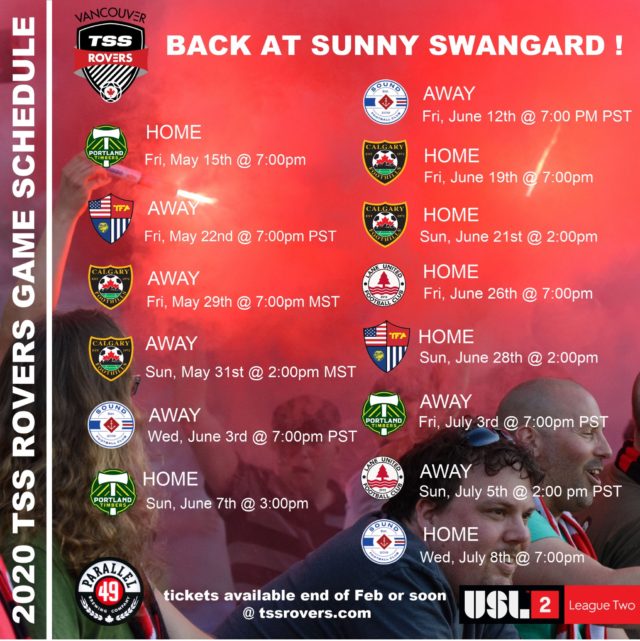 If TSS can keep in the title mix in those first seven games, they finish with five of the their final seven at home, and that Swangard advantage could prove crucial to attaining their first playoff spot.

“I’m very happy with how the schedule has played out this season,” Elmes told us. “Particularly with the home schedule heavier in June when Swangard grass is in peak condition and the weather is more summer like.”

And there will be some new faces both on the pitch and on the sidelines this season. Elmes took a step back from head coaching duties last season, handing the reins over to Will Cromack. Both are now keen to concentrate on their bread and butter of the academy and U21 sides moving forward, and a search for a new man to lead the USL side has reaped dividends, with an announcement due imminently.

“We will be announcing our new Head Coach in the coming days,” Elmes revealed. “And have begun the process of vetting players for this years version of the Rovers.”