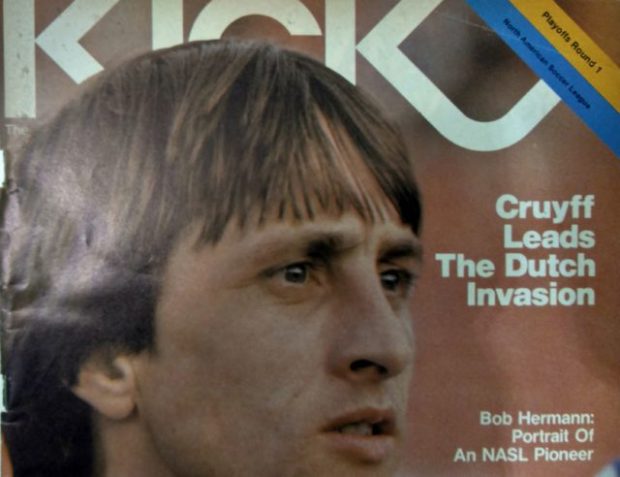 With the regular season all done and dusted, we got to the business end of the year – the playoffs.

Back to back Divisional titles secured, the Whitecaps entered the playoffs full of confidence after a regular season record of 20 wins and 10 losses, and just one defeat in their last seven matches.

The NASL playoff format was fairly simple. Each round saw teams play each other in a home-and-home series. The team with the lowest points total over the regular season hosted the first game. The away goals rule was not in effect and neither was an aggregate score, but home field advantage would come into play if each team won a match, with a 30 minute mini game then played after the second match to see who would advance to the next round.

You certainly wanted the crowd behind you if things got to a mini game, but at the same time that was added pressure on the home team, and going into the second leg with a victory already under your belt was felt the more favourable option by many NASL coaches, Whitecaps’ Tony Waiters included.

The ‘Caps regular season record, however, was to mean that they would be on the road first in the opening two rounds of the playoffs.

The first round match up saw them drawn against Dallas Tornado, the team they had opened the 1979 season against in a 2-1 shootout loss at Empire Stadium. That was their only meeting of the regular season and the ‘Caps headed into Texas in confident mood.

Dallas had finished second in the Central Division of the National Conference, with a record of 17 wins and 13 losses for a points total of 152, 20 points less than Vancouver.

It was a changed Tornado team from the season opener. Head coach Al Miller had brought in a number of German players over the course of the season and headed into the playoffs with four wins from their last five matches.

They played their matches out of Ownby Stadium, a college ground that hosted SMU Mustangs football games, and 8,819 headed along on the evening of Wednesday August 15th for the first game with the ‘Caps. Not a great crowd for a playoff match, but those that went saw an entertaining game, with Vancouver coming away with a 3-2 victory.

Buzz Parson and Kevin Hector had fired the ‘Caps into an early 2-0 lead before a Kevin Kewley penalty brought the home side back into the match. That was how it stayed until early in the second half when Dallas’ Brazilian striker Zequinha got the Texans back level. That set up a storming finish, with Ray Lewington getting onto a Hector pass to fire the ‘Caps ahead once again, and it was a lead that they weren’t to give up.

Heading back to Empire for the second game three days later, the ‘Caps were to find themselves in another close one, eventually coming through with a 2-1 victory in front of 30,328 fans to move on to the Conference semi-final. 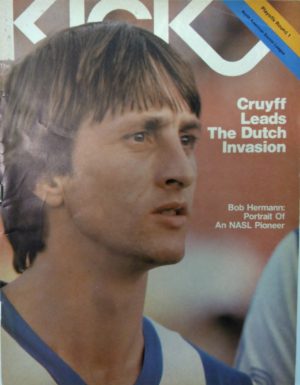 Goalless at half time, Dallas came to Vancouver to defend, frustrate, and try and catch the ‘Caps on the break. The Tornado didn’t even register a shot in the first 45 minutes, but when they eventually did, Steve Pecher scored from it early in the second half. But then up stepped big John Craven who hit two goals in just over a minute midway through the half to give Vancouver the lead, and ultimately the victory.

A victory that saw the Whitecaps move into a Conference semi-final match up with LA Aztecs.

The Kick Magazine program for the second Dallas game featured Dutch legend Johann Cruyff on the cover, with a feature inside detailing how many of his countrymen were heading over to the NASL (17 in 1979 alone). The Whitecaps were to get their own Dutch master the following season when Rudi Krol headed to Vancouver.

The Whitecaps player interview in this issue was with their English defender Roger Kenyon.

The centre back’s season had been plagued by injury, managing just nine appearances in the regular season. This was the Everton legend’s first year in the NASL and it wasn’t how he’d expected everything to go, from being sent off in the season opener to the injuries, but he was back fit and healthy for the playoffs and raring to go.

“Definitely [frustrating],” Kenyon told Kick. “I came here not really sure what to expect… but I didn’t count on this. It’s tough not being able to train and travel and contribute completely to the success of the team.”

For Kenyon though, this was one of the easier injury battles he’d had to endure in recent years. For those that don’t know the defender’s back story, Kenyon was lucky to be alive. He went through the windscreen of a car he was a passenger in after his friend lost control and crashed. His throat was filled with glass and he was initially pronounced dead at the scene. A police officer finally noticed that Kenyon still had a pulse and he was rushed to hospital for emergency surgery, missing nearly two seasons of football.

It’s a remarkable story from a player with a remarkable career that saw him make 267 appearances for Everton, winning the 1969/70 First Division Championship, and going on to captain the club. So how did he end up in Vancouver and the NASL?

“I guess you could say I’m ambitious,” Kenyon told Kick. “I like to be able to relax and have fun, but above all I like to win. I came here to win something in the NASL, because that’s what it’s all about.”

And win something he did in his first year with Vancouver!