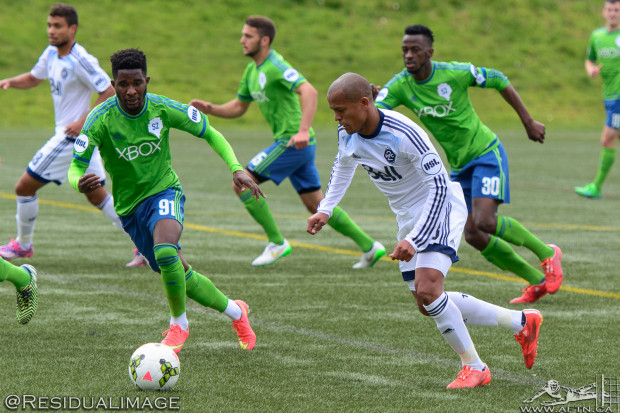 What is it with Robert Earnshaw and debut goals? After scoring his first Whitecaps goal within minutes of coming on in the ‘Caps win over Portland in March in MLS action, the former Welsh international made his USL debut with WFC2 against Seattle on Sunday and scored a 16th minute goal in the 1-1 draw.

2,056 fans took in WFC2’s first ever home USL Cascadian derby and AFTN photographer Tom Ewasiuk was there to capture all the action before, during and after the game.

Here’s “The Story In Pictures”, with a full Flickr slideshow at the end. 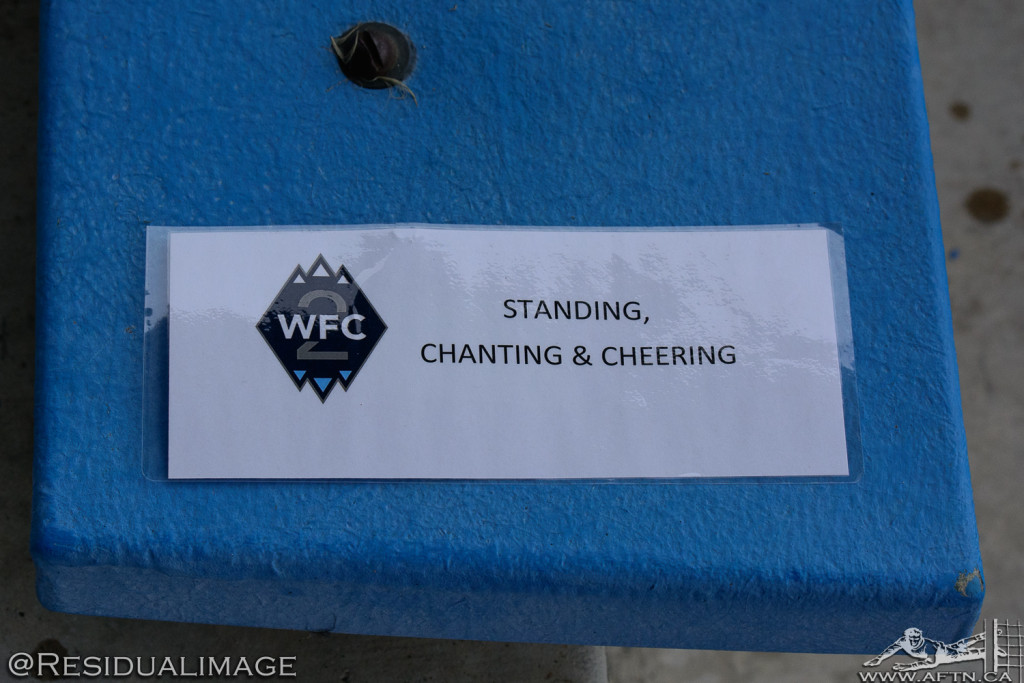 Standing, chanting and cheering are mandatory at WFC2 games 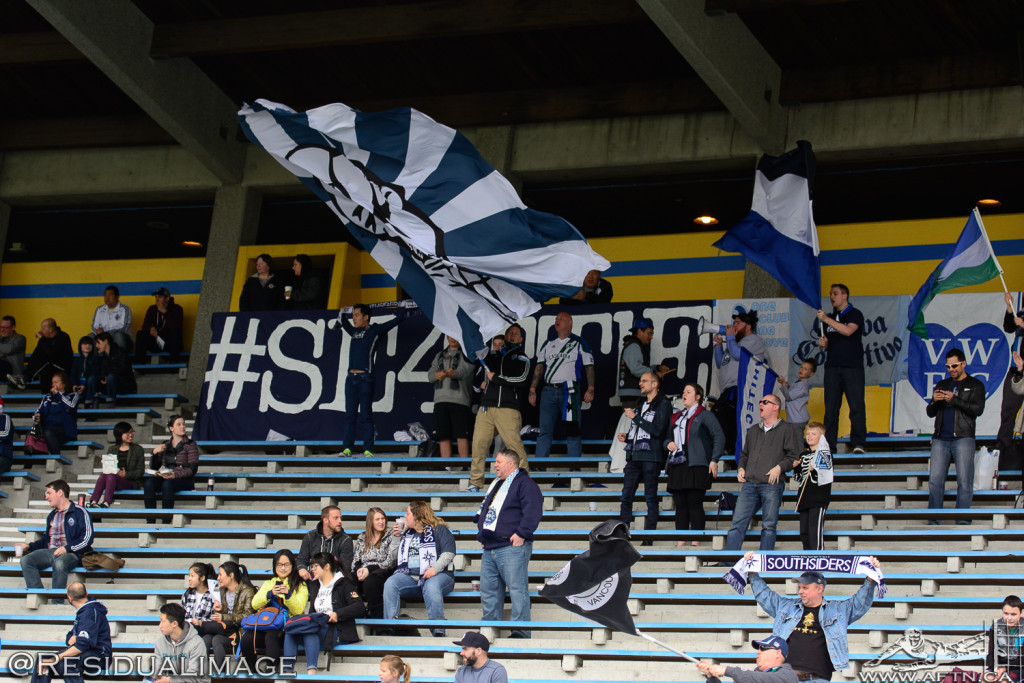 Curva Collective are in the house 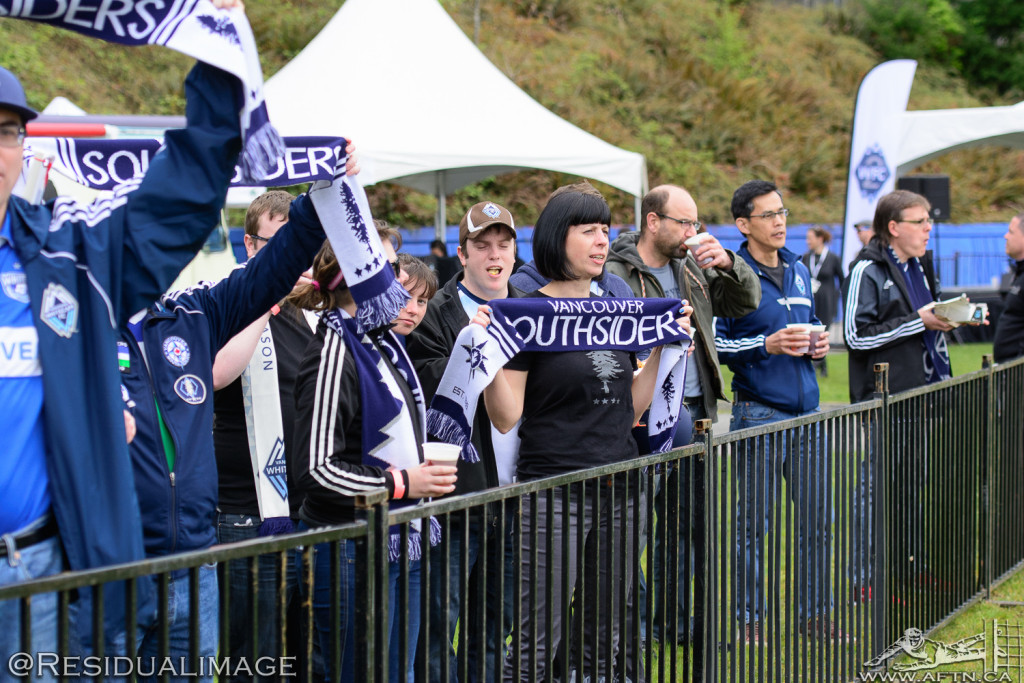 And so are the Southsiders 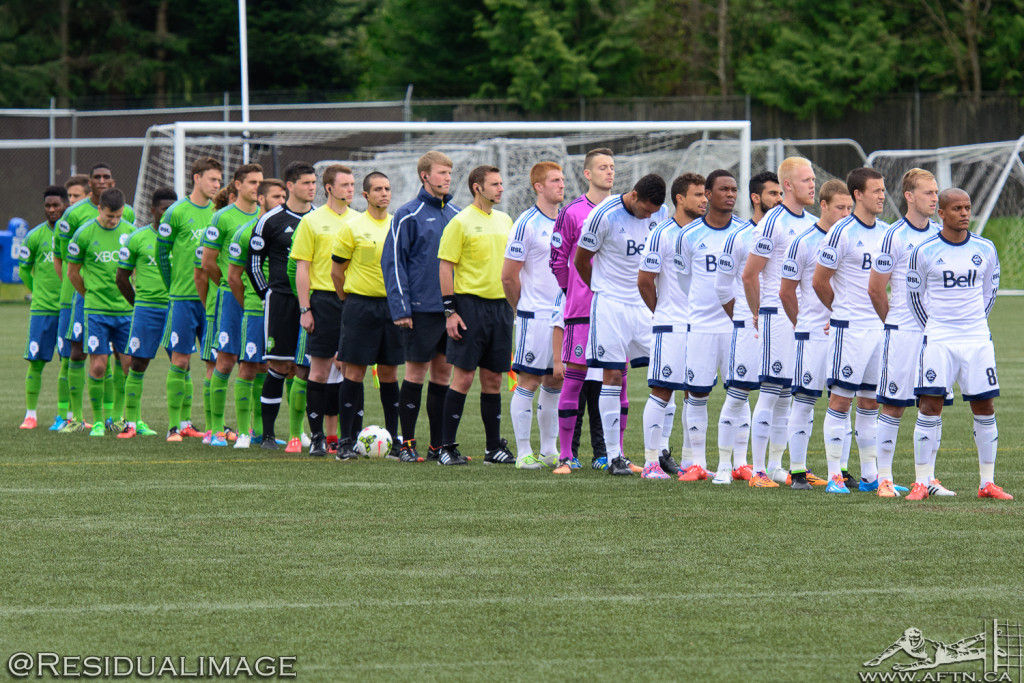 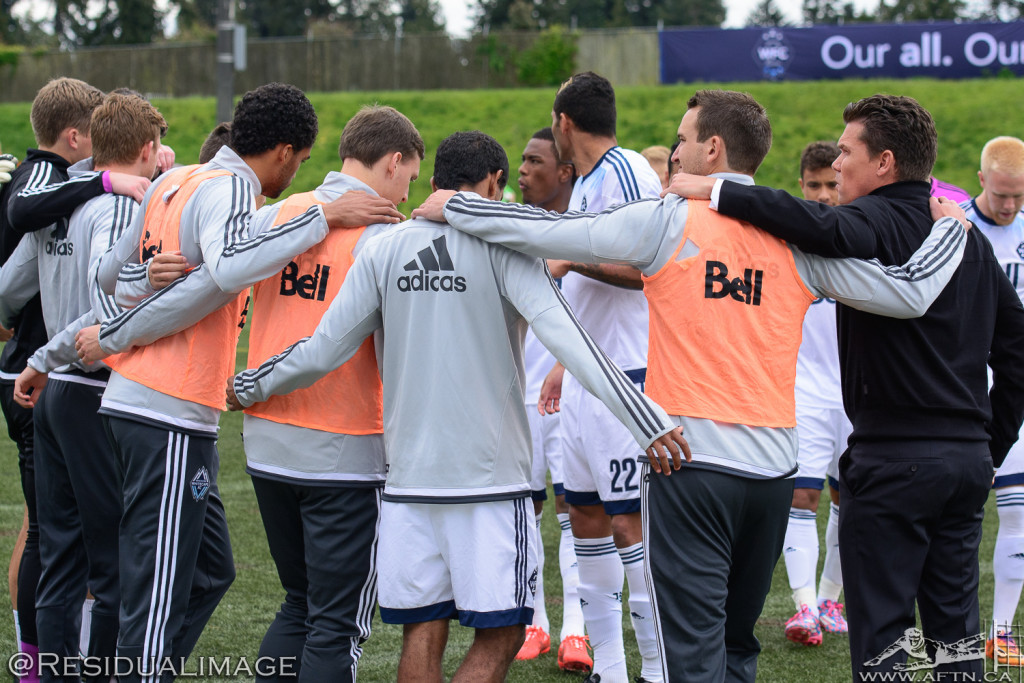 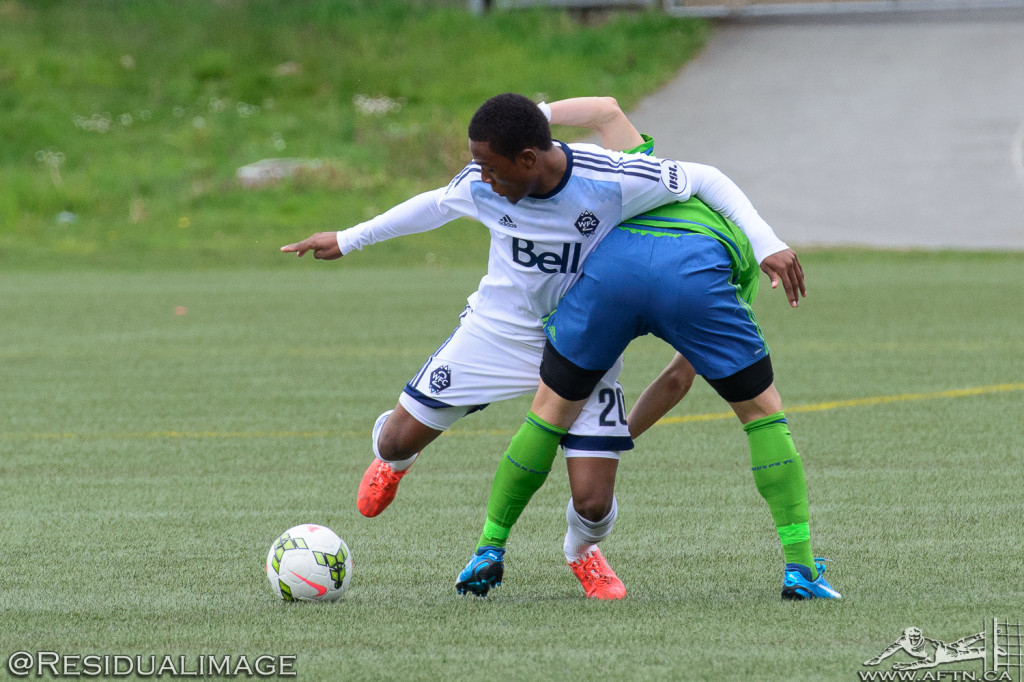 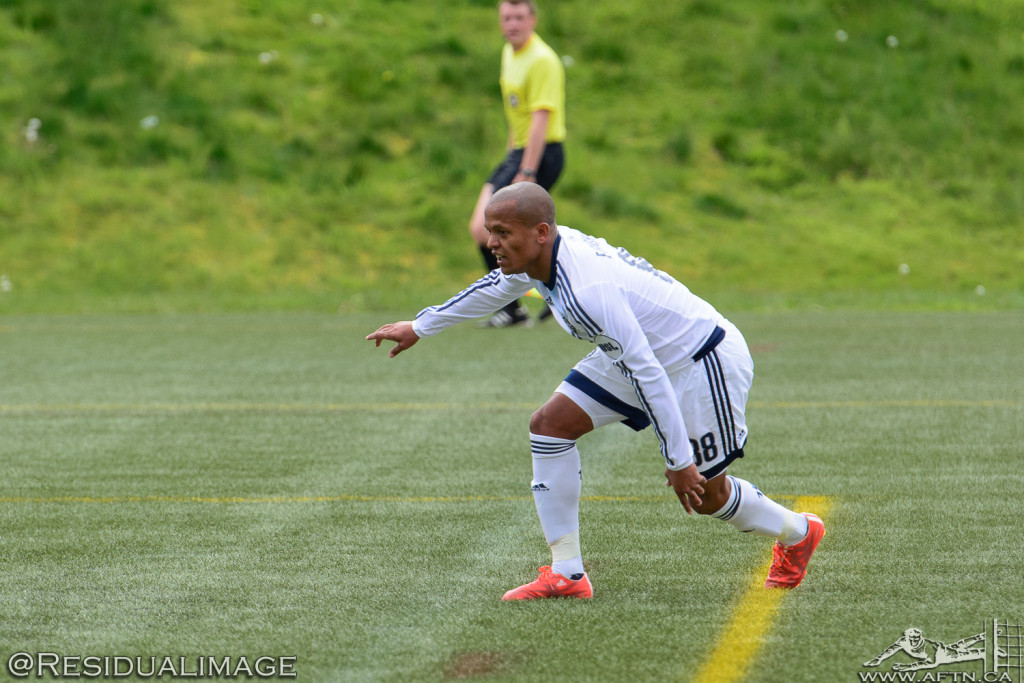 16 minutes in another debutant, Robert Earnshaw, pounces on a mistake from S2 keeper Charlie Lyon 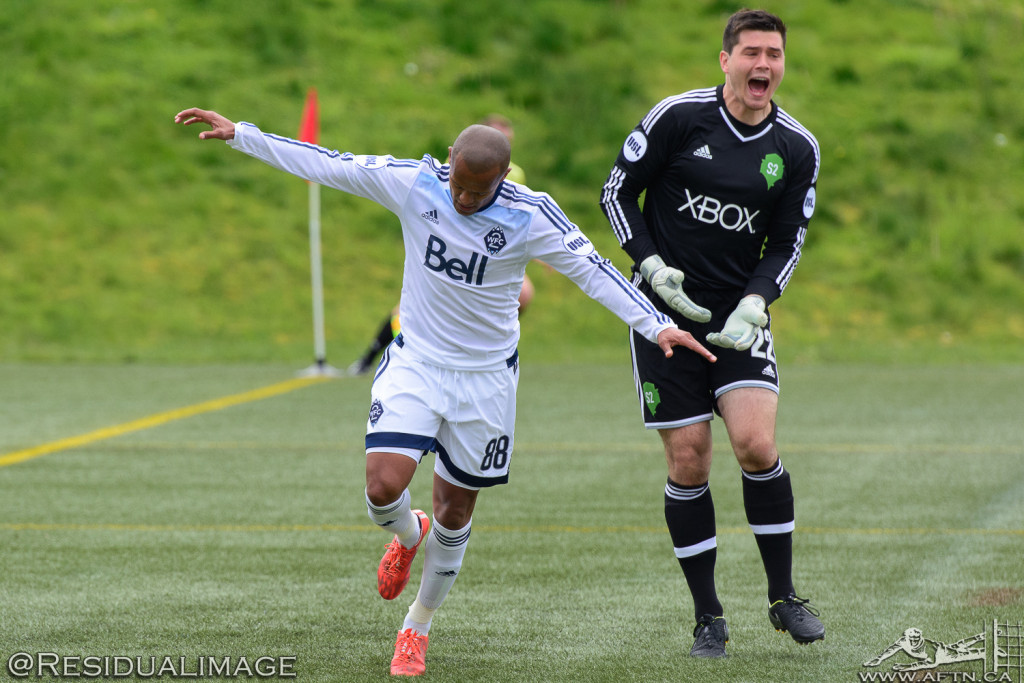 No backflip celebration this time, just an airplane one instead 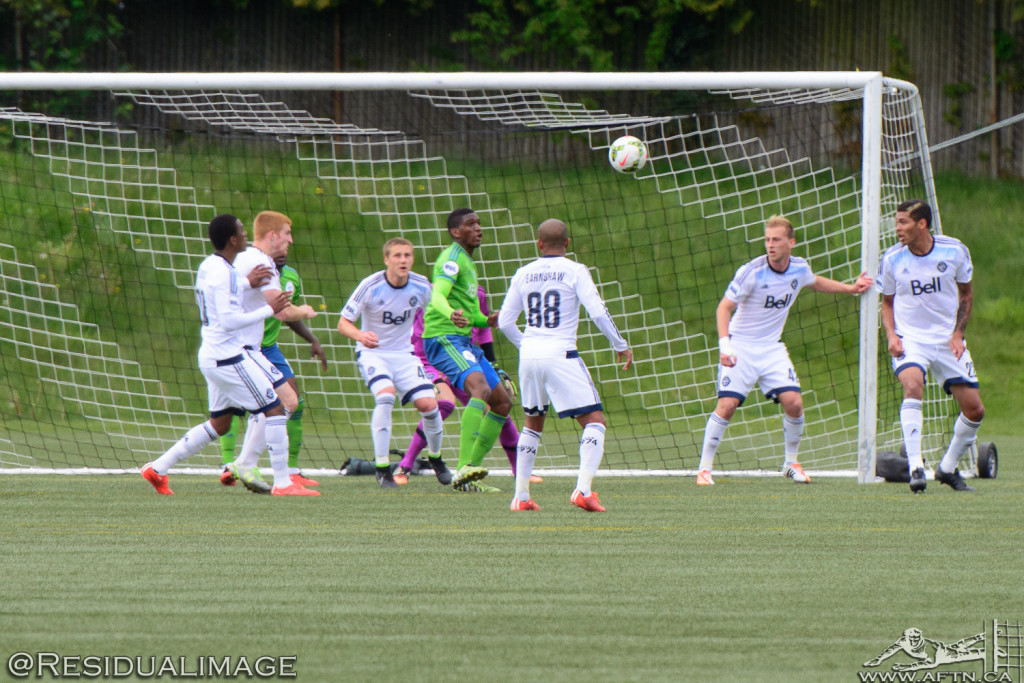 But eight minutes later, the Sounders send in a dangerous corner 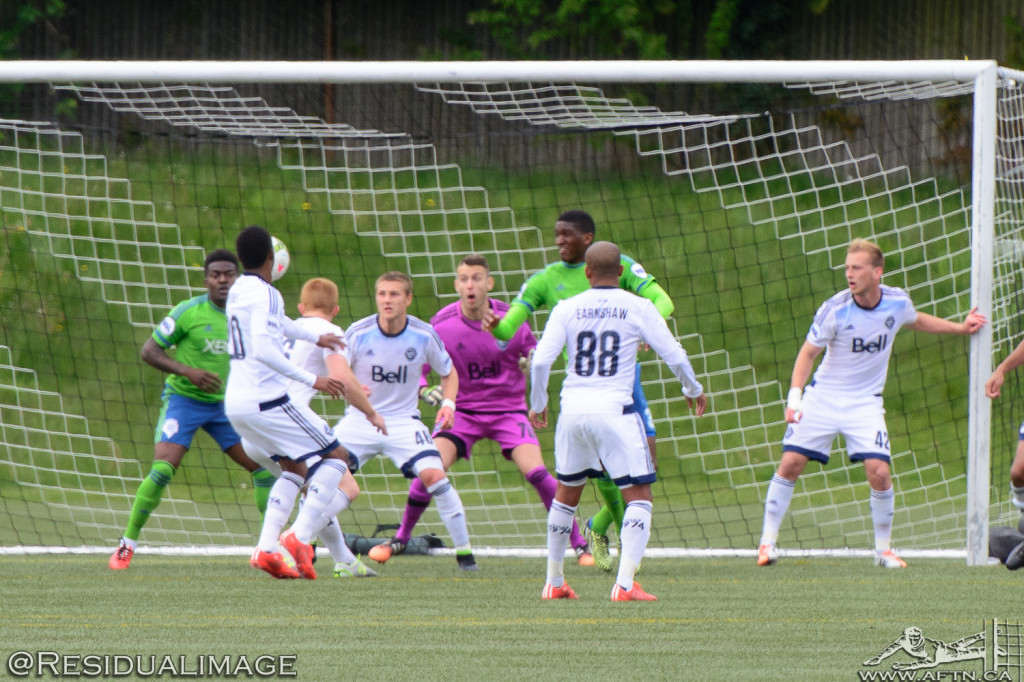 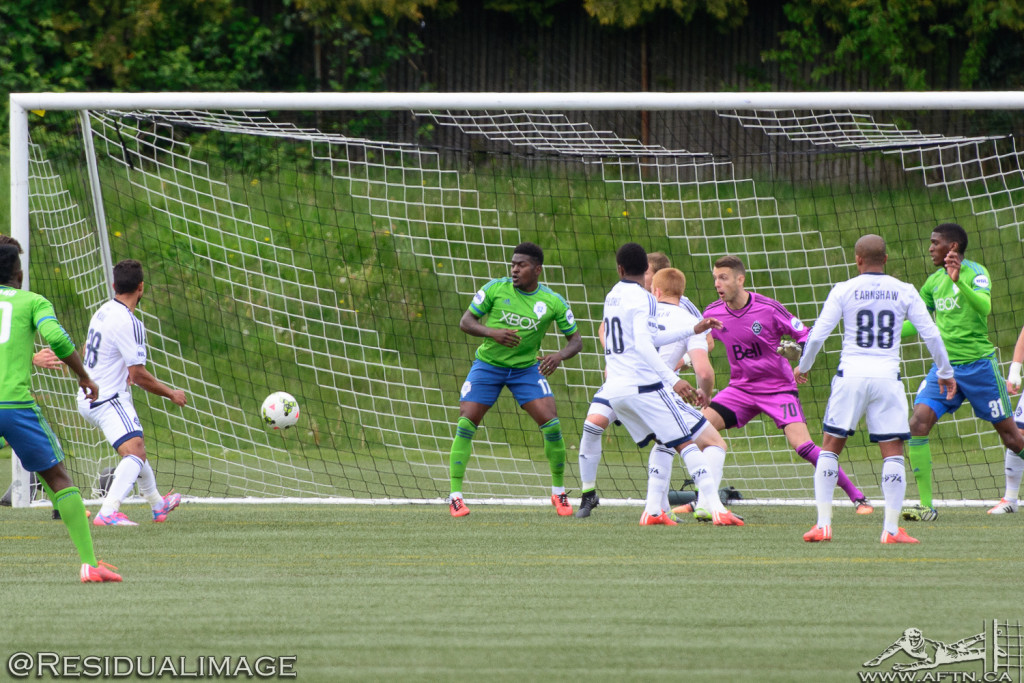 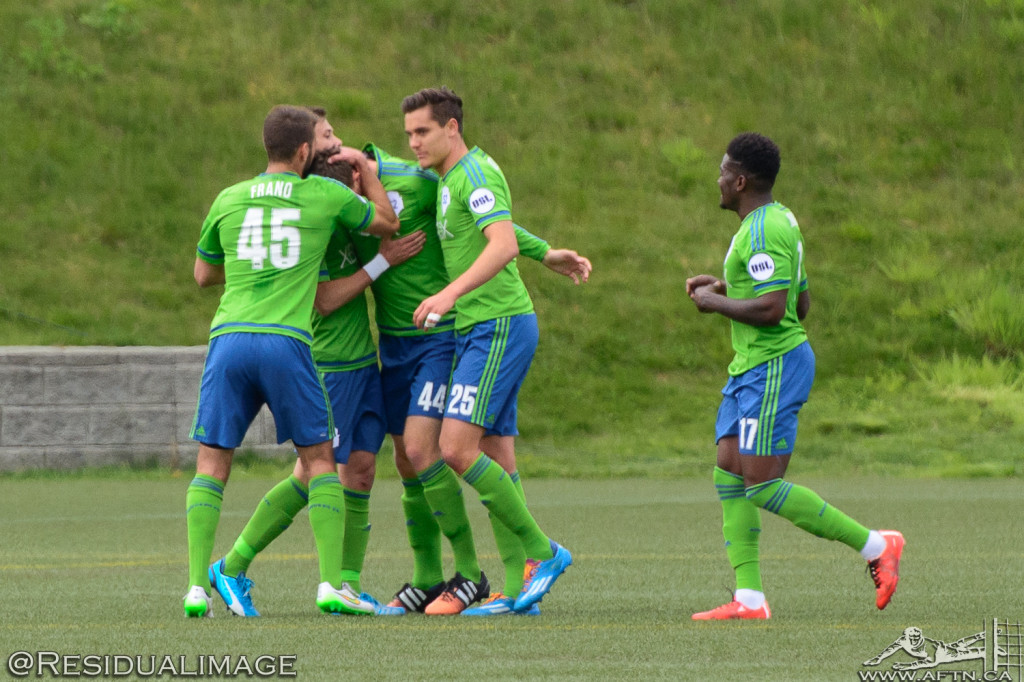 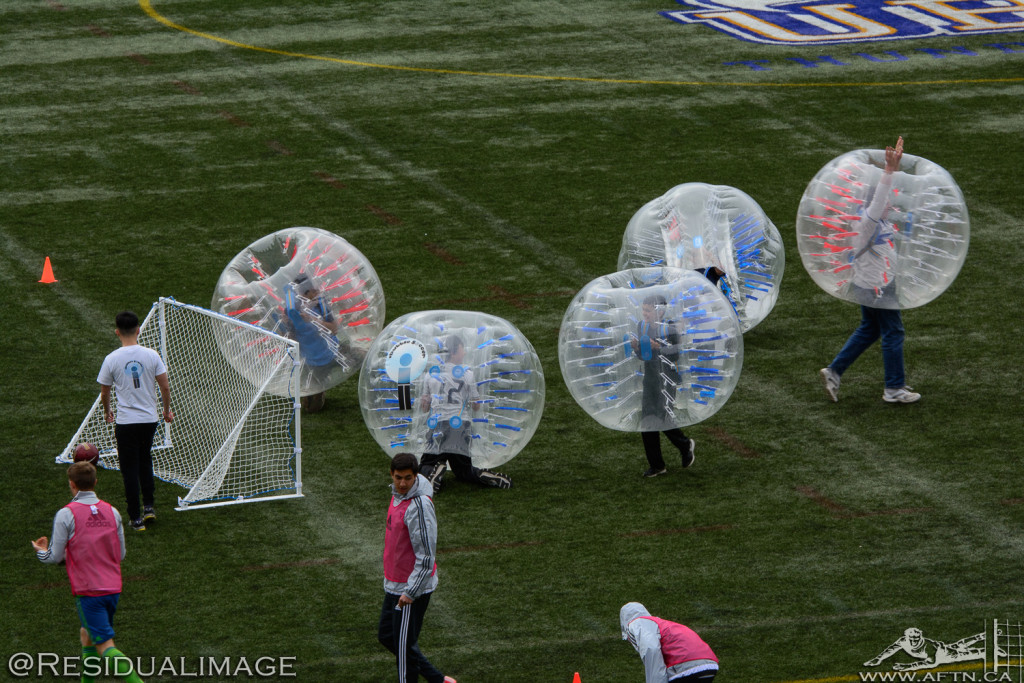 It’s not just Sounders fans that live in a bubble 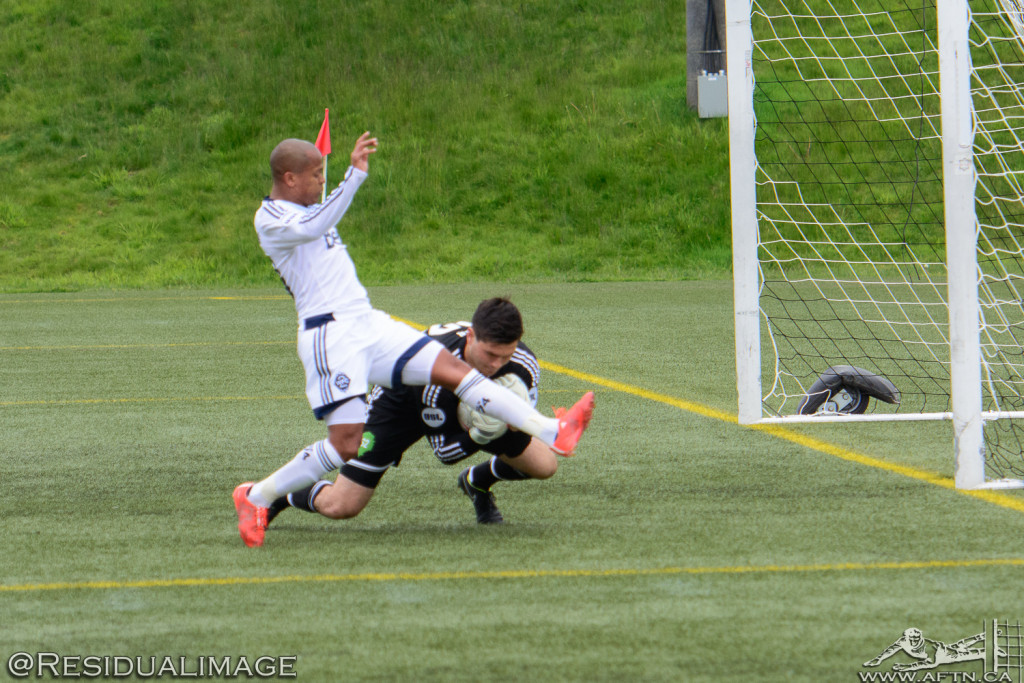 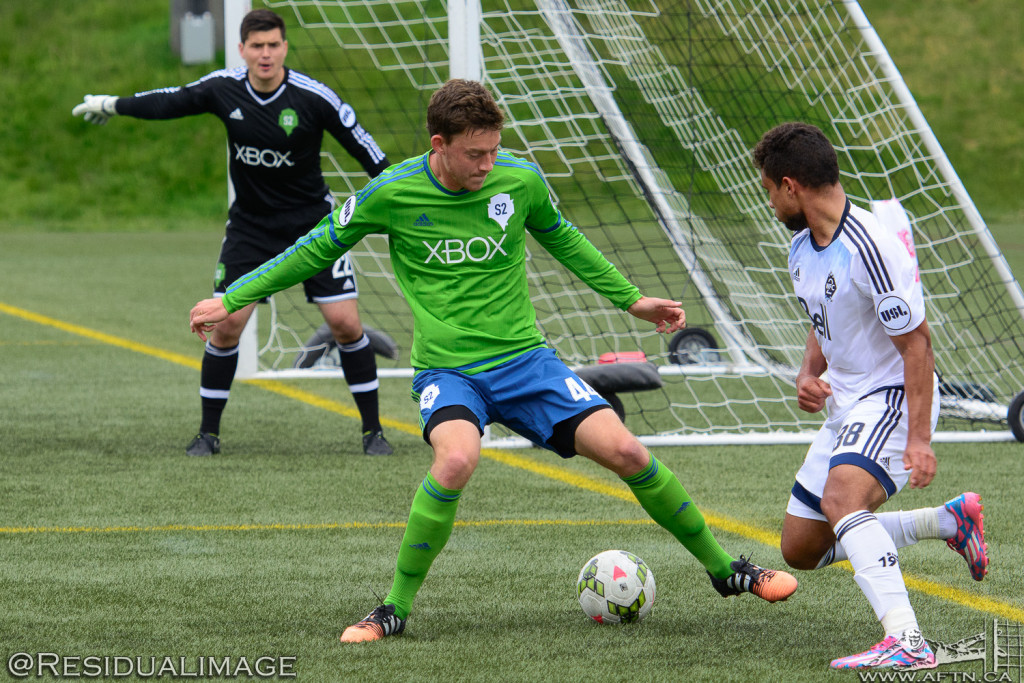 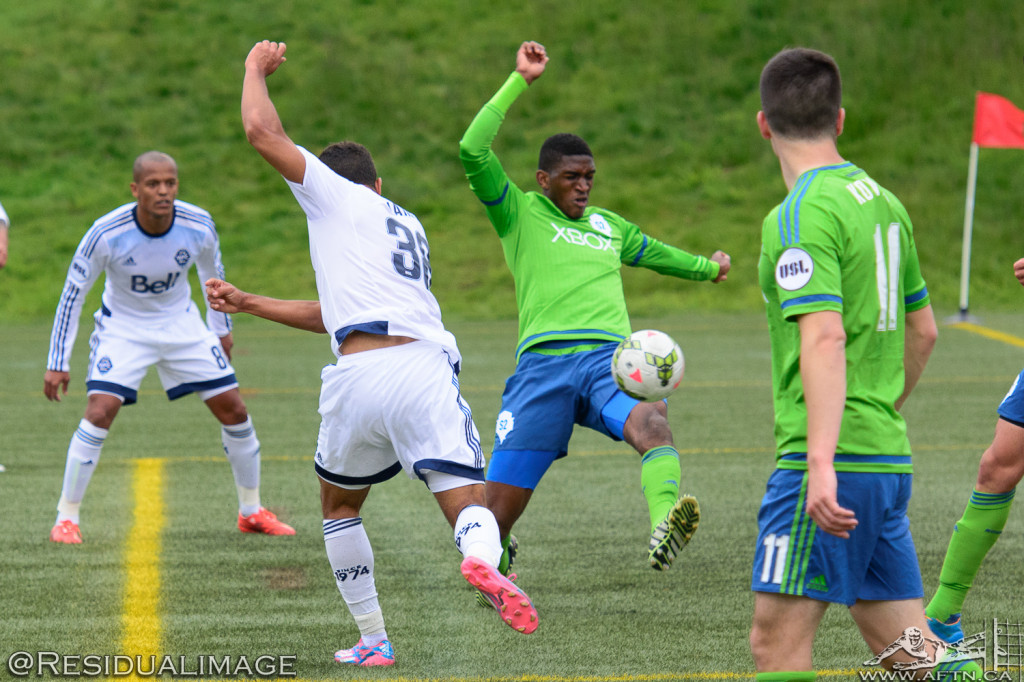 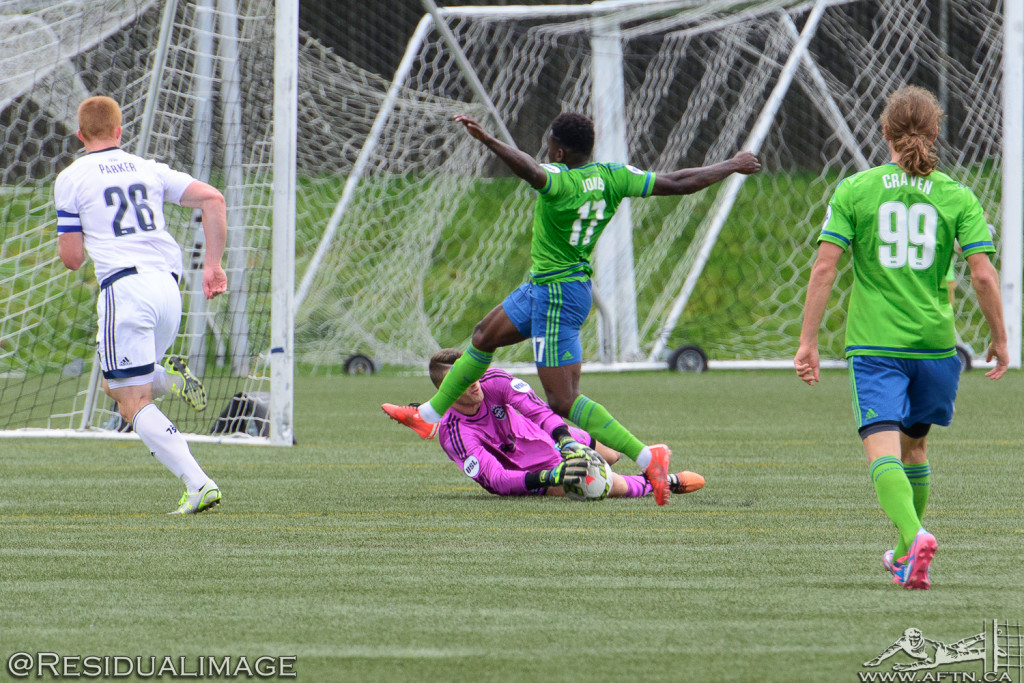 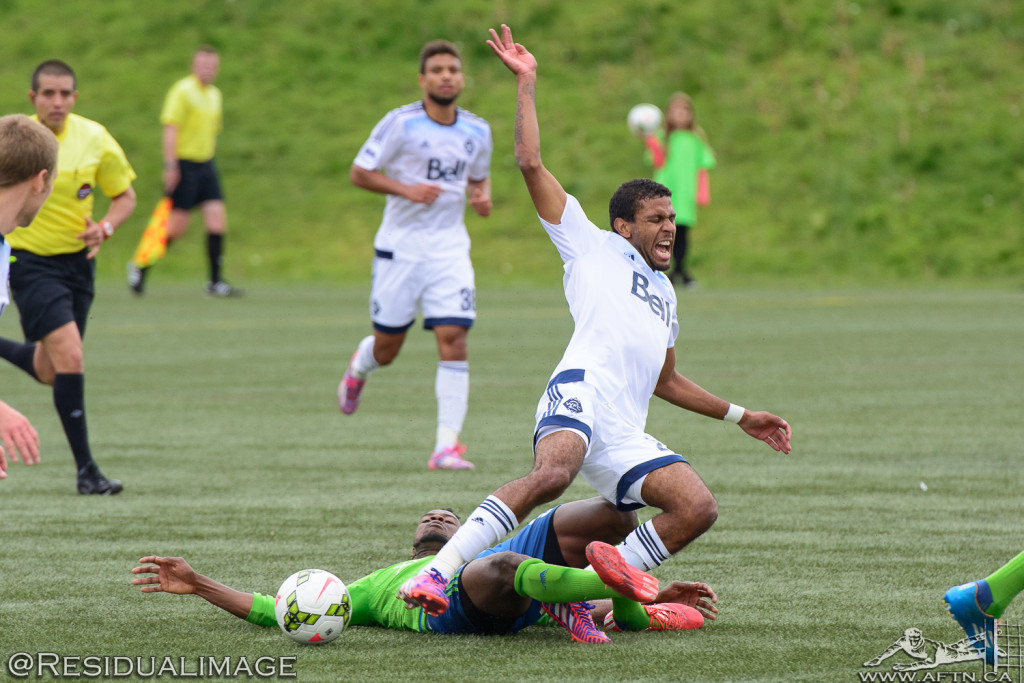 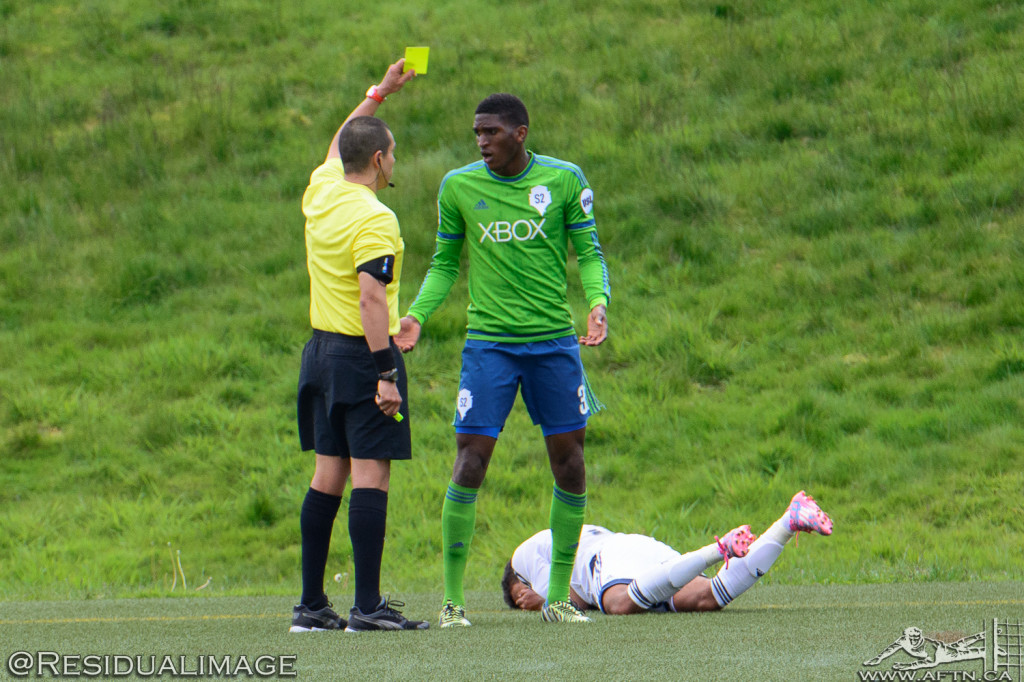 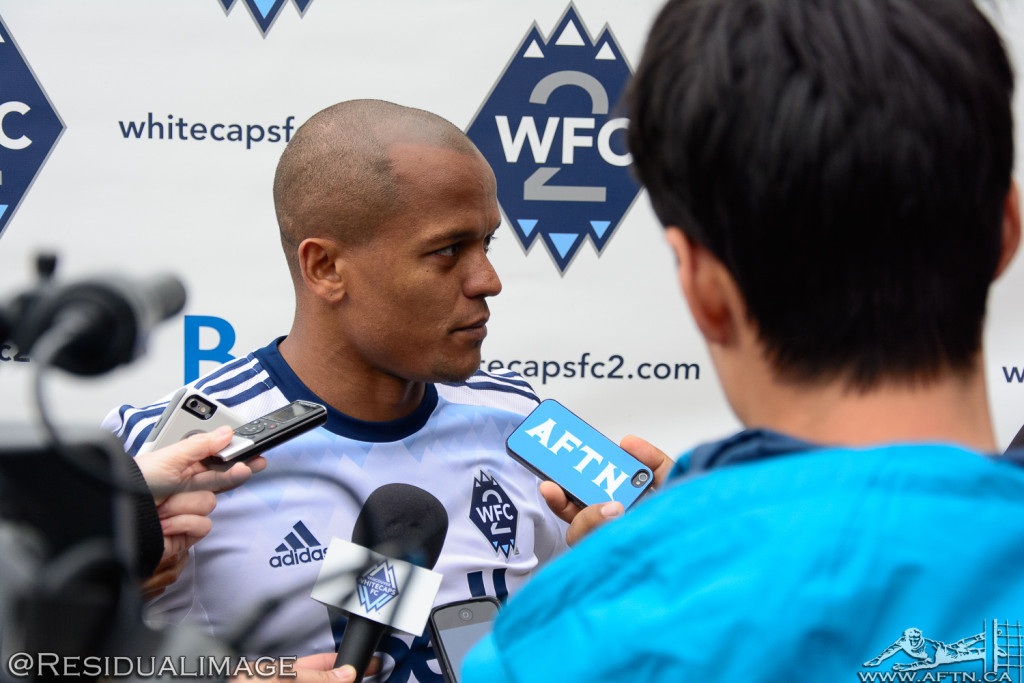 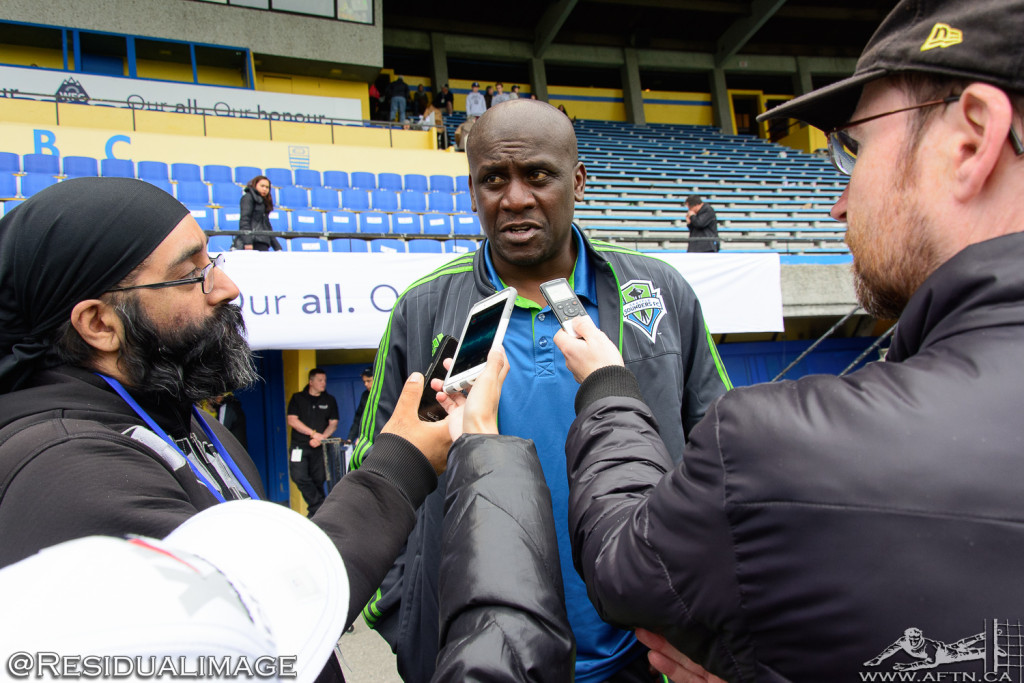 The AFTN crew speak with S2 coach Ezra Hendrickson after the match – listen to our chat in Ep107 of our podcast!