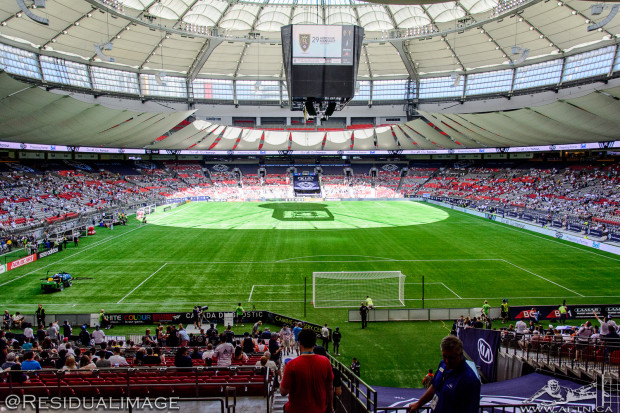 It was a record setting season for Vancouver Whitecaps in 2015. One which saw the club finish with their best ever points total, most wins and highest finish in their five years in Major League Soccer to date.

As good as all that was, last season was one which promised so much for the Whitecaps, with the Supporters’ Shield within reach for most of the year. While it’s easy for all teams to look back and pinpoint where crucial, difference-making points were lost throughout year, the Whitecaps didn’t have to do too much digging.

Forget the much talked about goals side of things, Portland actually won the MLS Cup with a lower goals for total than Vancouver, when you look at missed opportunities last season, you don’t have to look too much further than the Whitecaps’ disappointing home form.

BC Place used to be something of a fortress for Vancouver, but inexplicably, for all their achievements, the ‘Caps lost six of their 17 regular season matches last season, along with a playoff semi-final to Portland. In all, 22 points were lost by Vancouver on home turf, and it’s something Whitecaps coach Carl Robinson is keen to address this season if his side are to take that next step.

“Blame the manager!,” Robinson joked about the reason behind the points lost at home, before adding, “We analysed the games we lost. We lost six games at home and I think it’s fair to say that three of four of those games we dominated the game and lost. Sometimes you can’t do anything about that. Having said that, we went away, and probably didn’t dominate the game as much as I would like, and won.

“When we went behind last year, we were never able to get back into the game. That was a concern and that was a worry and it proved to be correct in the playoff game against Portland. It doesn’t happen overnight but we’ve tried to address that with the offseason moves.”

Vancouver’s home form was in stark contrast to their league-leading road record. As the Whitecaps faltered at BC Place, they seemed to find the perfect winning formula away from home, racking up seven wins and 21 points in total on the road.

The challenge now for the Whitecaps is to keep that road record going, while re-establishing themselves as hard to beat at home. Those extra points could be the difference between being contenders and champions.

“I thought we had a good season last year, but we did let ourselves down sometimes at home,” admits veteran defender Jordan Harvey. “But we made up for that on the road. Now it’s just focusing on that [overall] form year in, year out. We just gotten better and better and more consistent and hopefully it does this year.

“Our expectations have definitely risen. We expect more. We expect more consistency throughout the year. With this depth, I don’t see any drop off through injuries, national team call offs or things like that. People can fill in and the level will stay high.”

The Whitecaps road form is a considerable turnaround from their early years of struggle in the league, where they recorded just three away wins in their first two seasons.

Goalkeeper David Ousted feels a lot of the reason behind the ‘Caps home woes was the perceived pressure to go out and entertain the home fans, but he’s not fretting about where the Whitecaps get their points this season, just as long as they get them somewhere.

“It’s about expectations of coming in here and wanting to entertain and win at the same time,” Ousted mused. “It’s not going to be different this year but we’re not that worried about home and away.

“I’ve said all along, if we put ourselves into the playoffs only winning on the road, then you might have some people here [at BC Place] that are not as happy but it’s still about winning games. We’re going to have a good home record here this year, I don’t doubt it, but I’m not that bothered about the home and away.”

Can the Whitecaps keep that excellent road form in 2016? Last year will be a hard act to follow, and Robinson’s counter-attacking style is no longer full of many surprises this time around.

The personnel seems better this time around, with more attacking options and hopefully players that can stick the ball and chances into the back of the net.

But back to the home form. It’s easy to look at the “what ifs” from last season, but it’s hard to get away from the fact that if the Whitecaps had turned some of those home losses and draws into points, and particularly wins, then a Western Conference title, and likely the Supporters’ Shield, would have been theirs.

It may not be being publicly said, but the players know it as well, and getting so close last year has given the ‘Caps a taste of what might have been and what is waiting around the corner. And they want to achieve that success.

“Each year, the expectations [here] get higher and higher,” Harvey added. “Making the playoffs was a huge one, now, making each round is better and better, getting Western Conference Championships. Getting a MLS Cup is definitely attainable with the roster we have here. That’s the goal. Without a doubt.

“I think we have a good shot at it. If we find that right combination and the goals start coming, and they’re consistently coming throughout the whole season, and we put together a good defensive performance as a team, like we did last year, everything is attainable this year.”

And that quest starts Sunday, at home.