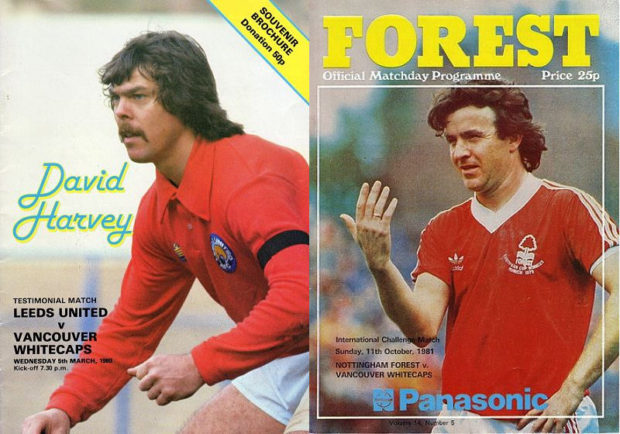 Reaching the knockout stages of the competition for the first time in the club’s history was an excellent achievement, but it also makes for something of a headache for the ‘Caps when it comes to their preseason plans.

For the last three season’s under Carl Robinson’s reign, the preseason has followed a familiar pattern – a week’s training camp in Vancouver, followed by a trip to Arizona, and culminating in the Portland tournament, which finishes up the week before the new season begins a week or so into March.

With the Champions League quarter-finals getting underway the last week of February, Vancouver’s competitive season will get underway earlier than ever before. As a result. the Whitecaps 2017’s preseason will look very different, partly by necessity, but plans had already been put in place to try something new next year, so get those passports ready.

“We’ve been speaking over maybe the last two months about preseason next year,” Robinson revealed. “I want to shake it up. I want to freshen things up in certain quarters. We’re going to do something a little bit different in preseason, go to Europe.”

Plans are still to be confirmed, but if we were betting men, which we are, we’d wager that the ‘Caps will be heading to both the UK and mainland Europe during their preseason trip.

A week or so in warmer climes would make sense, especially as they’ll be facing the heat wherever they end up in the CONCACAF region for their quarter-final. That could see somewhere like Spain, Portugal, Malta or Cyprus in the mix. The English speaking nature of the last two might appeal.

As for any UK plans, you have to think a rematch against Crystal Palace (reserves) could be on the cards, along with a trip to face Paul Barber’s (and Sam Adekugbe’s) Brighton and Hove Albion. Maybe even a trip to Scotland, although that may be more wishful thinking on my part. You have to make sure any games will actually beat the weather and go ahead!

While qualification to the last eight of the Champions League forced their hand, Robinson hasn’t been happy with how he feels the team have been prepared by the preseason games the past few years, and particularly how things panned out this season.

“Part of me reviewing the season was analyzing what was good at the start of the year and what wasn’t,” Robinson told us. “There are a few areas that I’ve identified that need to be a lot better. We got off to a slow start. Players weren’t up to speed. I’ll take responsibility for that even though they will have to as well. But next year that will not happen.

“Obviously we’ll play in the Champions League quarter-finals earlier, so we’ll have to be on top form earlier, up to speed earlier, and that means guys fitness levels earlier. That means we, as staff, need to be more organized and we will be. Preseason will change a little bit but it was going to change anyway based upon the start we got off to this season. As soon as I know a bit more, I’ll fill you about when we’re going and where.”

Heading over to Europe is certainly quite the departure for Vancouver, and it certainly makes a change for a North American club to be heading overseas to play some midseason friendlies instead of the reverse. Chicago did just that in 2015, playing matches against Norwich City and QPR at their training grounds, and FC Edmonton also headed over to Scotland for a quick three-match tour before the current NASL season.

The main reason behind the change is to have Vancouver better prepared to hit the ground running when the 2017 MLS season gets underway. After winning their first four season openers, the Whitecaps have lost their last two First Kick games. Not the end of the world, but it hurts when both came against Canadian rivals.

It’s something that annoyed Robinson and he’s keen not to let it happen again next season, but was there also an element that he felt he needed his team challenged by more competitive opponents rather than the usual suspects?

“I can’t say that because we’re playing against MLS teams,” Robinson said. “What bugged me was we played two Canadian teams the last two years [for First Kick] and we’ve lost both times. That really bugs me, because against Toronto two years ago, we played exceptionally well and we were done by their Designated Players. I think that’s fair to say. We got caught on that. Against Montreal, the first game of this season, we got done on individual mistakes. My goalkeeper and my centre back twice.

“That’s what it’s based upon. It’s not based upon other MLS teams. It’s just trying to gain a small advantage where we can and if we go to Europe, we know that those players are going to be 100 percent fit when we play them in January, which I need with our games coming in February and start of March.”

We await the confirmation of the preseason tour with excitement. We’ve never headed to Arizona, but have seen the ‘Caps play preseason games in Seattle, Orlando, North Carolina, Portland, and even Victoria over the years. Somewhere new will be a lot of fun for the fans, and excellent preparation for the players.

But this won’t be the Whitecaps first European preseason tour. Back in the NASL days, the ‘Caps were one of a number of North American sides to take their players (many of them from Scotland, England, Wales and Northern Ireland) over to the UK for some preseason preparation.

Fresh from winning the 1979 NASL Soccer Bowl, Vancouver were a sought after opponent and headed over to England to play three preseason matches in March of 1980.

The first game took place on March 5th and was a testimonial match at Elland Road between the Whitecaps and Leeds United for David Harvey, the Scottish goalkeeper who played for both teams during his career. Leeds ran out 2-1 winners on the night.

The ‘Caps tour rounded off with two matches in two days, the first, on March 10th, was a 0-0 draw at Ashton Gate against Bristol City, with Vancouver making the 100 mile trip the next day to take on Southampton at the Dell. The ‘Caps went down to a 3-1 defeat, with Alan Ball getting the ‘Caps goal.

The Whitecaps headed back over the Atlantic the following year playing five matches in a preseason tour that saw them play two games in Ireland and three in England.

A 1-1 draw was played out on March 6th 1981 against the University of Dublin, Peter Lorimer got the goal, before the ‘Caps went down to a 1-0 loss to Athlone Town three days later. Heading over to England, Vancouver played three matches in the space of six days, beating Wycombe Wanderers 4-0 on March 13th, before losing 1-0 to Watford on the 16th, and 2-1 to Sheffield Wednesday two days later.

That was to be the Whitecaps last preseason tour to Europe, but they did have a postseason tour in 1981 as well that took them to Holland, Sweden, England and Italy. A repeat of that would be nice next year!

Vancouver lost 4-0 at Ajax on October 7th 1981, before jetting off to face Malmo two days later, winning that one 2-0. Two days after that they were drawing 2-2 with Nottingham Forest at the City ground, thanks to a Peter Lorimer double, and the tour rounded off with two matches in Italy, losing 3-1 to Napoli on October 14th and 2-0 to Avellino four days later.

I’ve got the programmes (programs to you) for a lot of those Whitecaps games in England. Weird to think that collecting them as a boy in Scotland, I’m now covering the new version of the team over here, and looking forward to heading back to Europe to maybe get some more programmes for my collection.

But it’s not all about a fun jaunt around Europe. The Whitecaps are there to get down to business and be better prepared for the new season to come. If it can give them any extra advantage in the opening weeks of the campaign, or in their Champions League quarter-final, then all the better.

If nothing else, the ‘Caps On Tour’ photos are going to be tremendous.