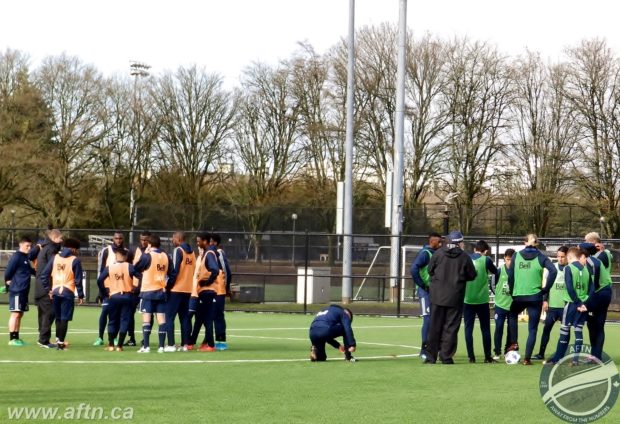 We’re only three days into Vancouver Whitecaps preseason. What have we learned so far? Well, not a lot in all honesty, but we thought we’d bring you our first update of some of the stuff that we’ve seen up at UBC in these opening days of the ‘Caps 2018 training camp.

The overriding feeling to come out of the two actual training sessions that the ‘Caps have had so far this week is that this is already a very competitive group of players. The hunger is already clear to see, as is an instant team chemistry, always a worry when there’s been so many changes to the squad.

The tackles have been flying in during the scrimmages. Hard, but fair. Some crunchers, and all well received by those on the receiving end of them. No Omar Salgado antics!

Interestingly, and kind of funny, a lot of them have come from some of the younger players like David Norman Jr, and the young ones have been more tackling each other more than taking out a veteran like Efrain Juarez and Kei Kamara. I’m sure those tackles will soon come! There was a great tackle from Norman on Isaiah Hudson (more on him later) that particularly stood out on Wednesday. 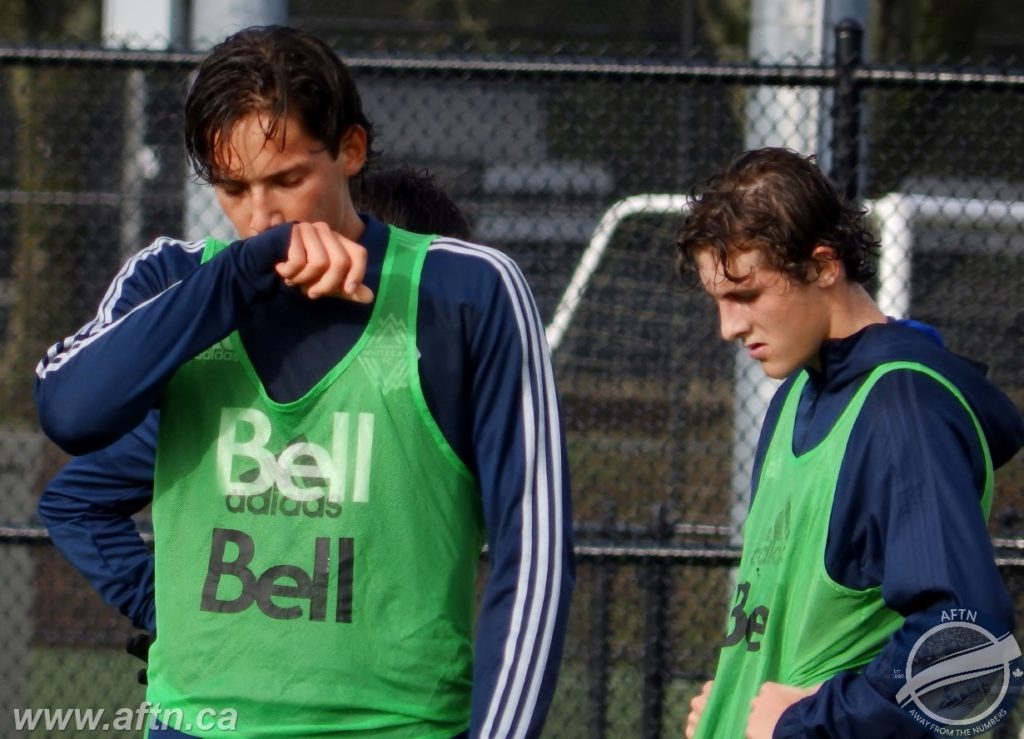 Aly Ghazal was on the end of a sore one, but got up and shook it off, and Kendall nailed Yordy Reyna with a perfectly timed challenge. All great to see. Competition for places is going to be fierce this season and Robbo has always drummed into the players that he wants them to train like they play.

The ‘Caps have announced a 28-man roster for this first part of camp. All but one of them have taken the pitch in various guises so far this week. Tim Parker is the only absentee, as he’s still away with the US national team camp, but Alphonso Davies is back with the ‘Caps after being away with the Canadian U23 side.

There are four unsigned invitees in the camp right now. Draft picks Justin Fiddes and Lucas Stauffer (third round pick Cory Brown will be heading to the Fresno FC training camp next month), Canadian international David Edgar (who’s trying to earn a new contract and has a new fire in his belly to do so), and the usual preseason appearance of Isaiah Hudson (who is disappointingly, but not really surprisingly, not 15 any more!).

Edgar is still rehabbing his knee injury a little and has been doing laps so far this week alongside fellow rehabbers Jake Nerwinski and Doneil Henry. Erik Hurtado has a slight knock. but everyone else seems keen, hungry, and raring to go.

Hudson is back for another camp. Now 17, the Trinidad and Tobago youth international clearly interests Robinson and the ‘Caps and they will be hoping the time invested in him will be rewarded with signing him this summer when he turned 18, if he continues to impress. He’s a talented midfielder who made his debut in the TT Pro League aged only 14.

There’s also a couple of Residency prospects training with the first team right now – U19 defender Jake Ruby, and U17 midfielder/attacker Simon Colyn – and I’d expect to see a couple more trialists joining the training camp over the next few weeks. 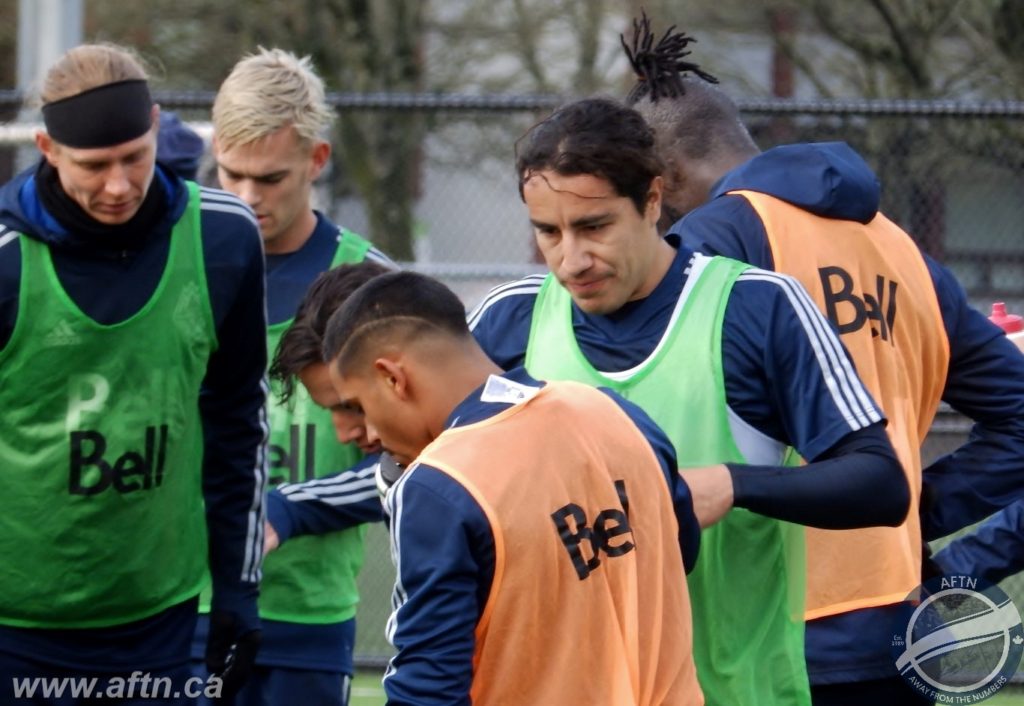 The two new veterans in the camp have already made their presence felt. Kei Kamara’s looking sharp and having a lot of fun out on the pitch, and Efrain Juarez is looking like the Whitecaps signing of the offseason so far.

The Mexican is already showing what a leader he is going to be on the team this year, giving direction to the younger guys, explaining certain aspects to others, and helping the non-English speaking Anthony Blondell with what’s going on. From a playing point of view, he’s not looking too shabby there either.

The beep test and physical testing was on Tuesday morning, without the watching media eye this year sadly. Always my favourite part of preseason! All the results aren’t yet known, but it will probably come as no surprise that Russell Teibert won the beep test. Again. His fitness levels are amazing and constant, and it’s very impressive. The man is a machine. We’ve heard draft pick Justin Fiddes tested well too, which is a promising sign for the rookie.

The pace of the session has been lightning fast already, which is testament to the players keeping themselves in shape over the offseason. Some are looking especially sharp, and Cristian Techera has come back looking in the best shape I think I’ve seen him.

So what else have we learned?

Well it seems that ‘Caps captain Kendall Waston likes to go blonde in the offseason! 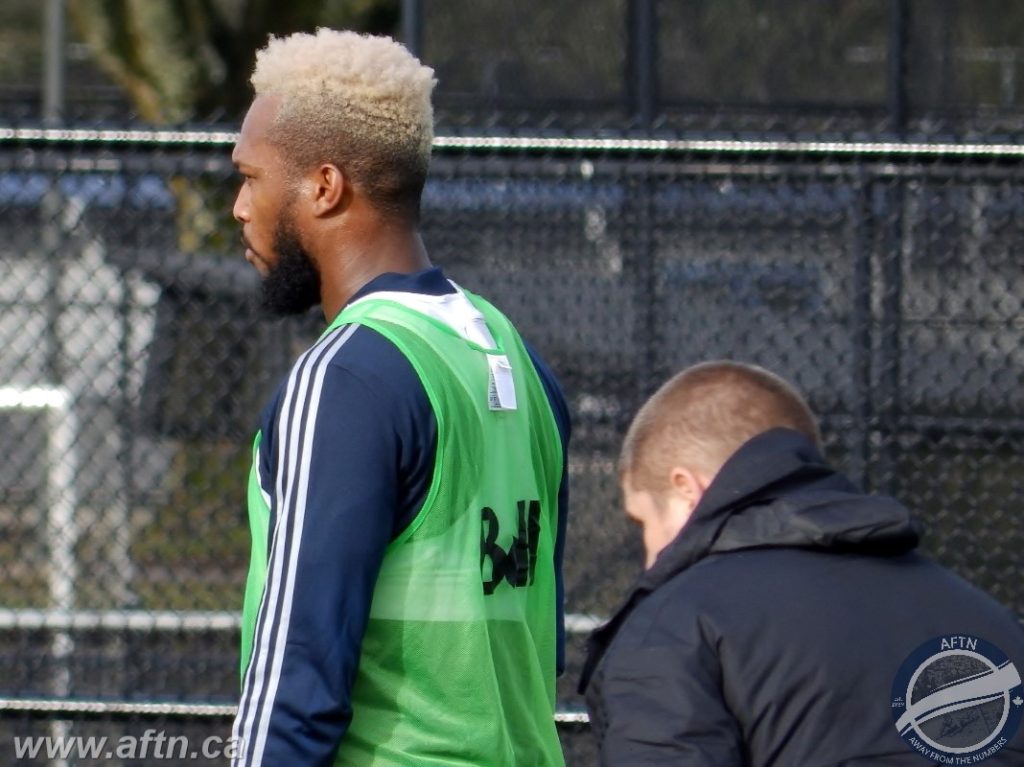 His shaved sides and almost Erik Hurtadoesque bleach blonde moptop do is a winner. Already leading AFTN’s “Haircut of the Year” for 2018, will he keep it for the whole season? Will a young pretender swoop in and take his crown? Would a crown sit well on top of that hair? All the important questions asked here at AFTN.

All in all, a promising couple of days, which yes, means very little in the grand scheme of things, but it’s definitely made me feel a lot more positive for the coming season.

There’s some more additions to come to the squad, and undoubtedly some subtractions as well. For now, they’re doing everything you could ask for them in the first week of preseason – training hard, looking fit and healthy, and enjoying themselves at the same time.

The proof of the pudding all comes next month though when we actually see how this all starts to look in an actual game. But so far, so good.