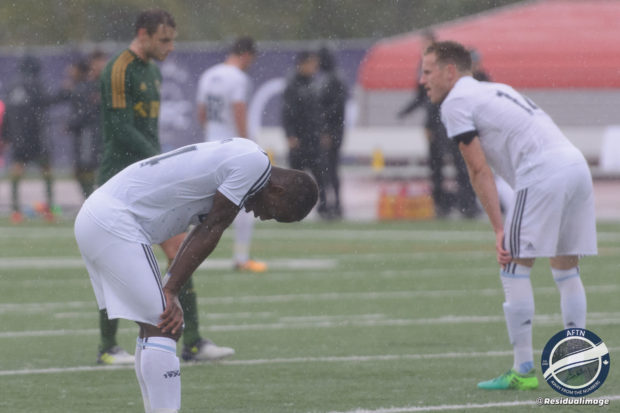 It’s not been a great few weeks for Cascadian derbies at either MLS or USL levels, and it was another afternoon to quickly forget for Vancouver Whitecaps 2 as they played their final game at Langley’s McLeod Stadium on Saturday afternoon.

It was miserable conditions and a miserable result as the young ‘Caps did something only two other teams have done all year – lost to a Portland Timbers side that has struggled all season long.

The Timbers ended an eight match losing streak, and recorded their first win since July 29th, with a 1-0 win over a Whitecaps side that had their chances to both take not only a point, but to win the match. Victor Arboleda’s 67th minute poke home was the difference between the two sides in the end, as Vancouver outshot and outpossessed the visitors but couldn’t find the breakthrough of their own.

Only two games to go and the season will be over. I’m sure that’s going to be both a blessing and a relief for everyone. 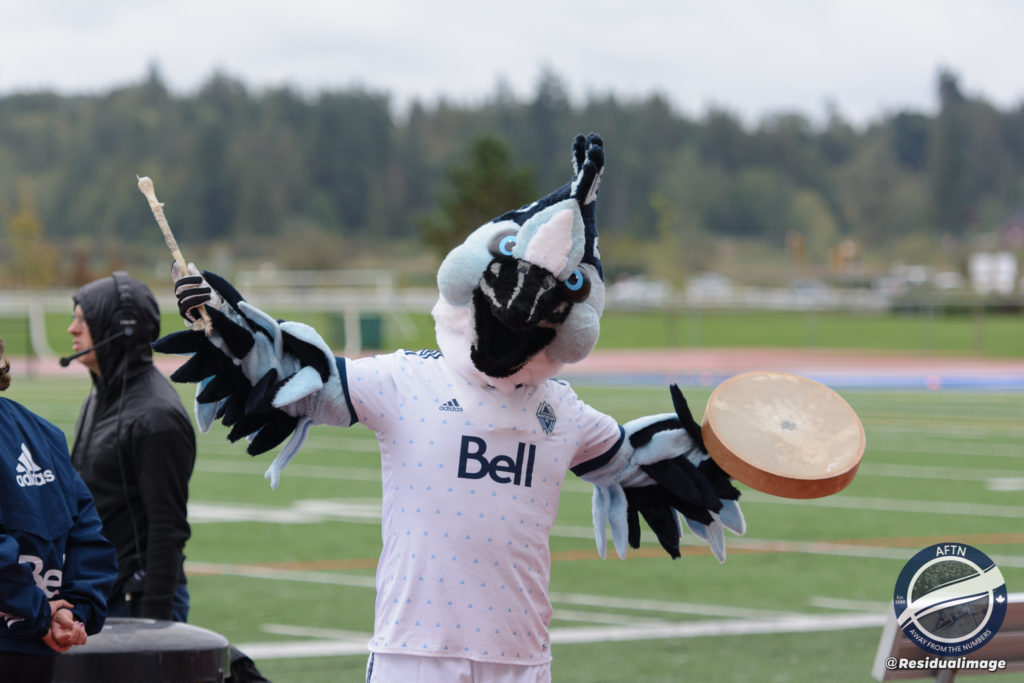 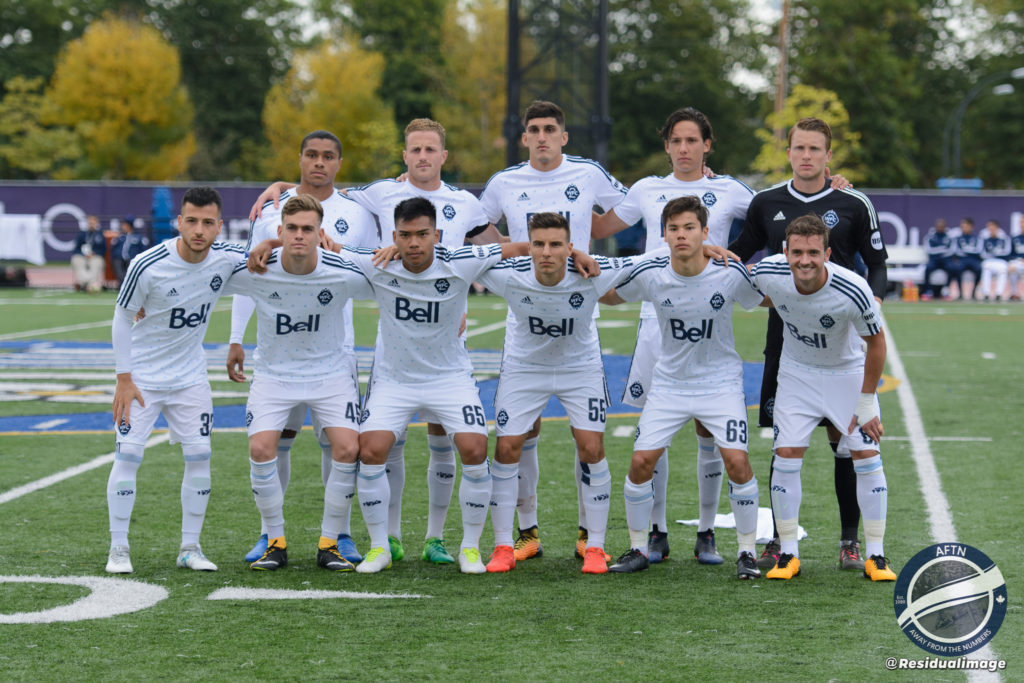 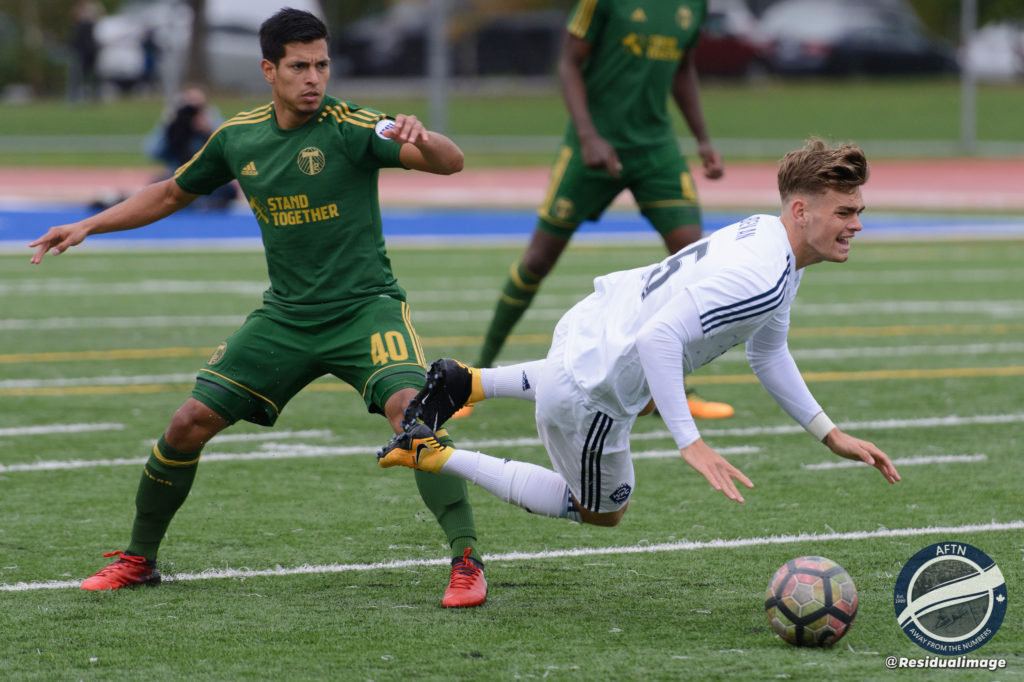 As all good (and bad) Cascadian derbies should be, it was full on challenges from the start – 36 fouls between them in this one 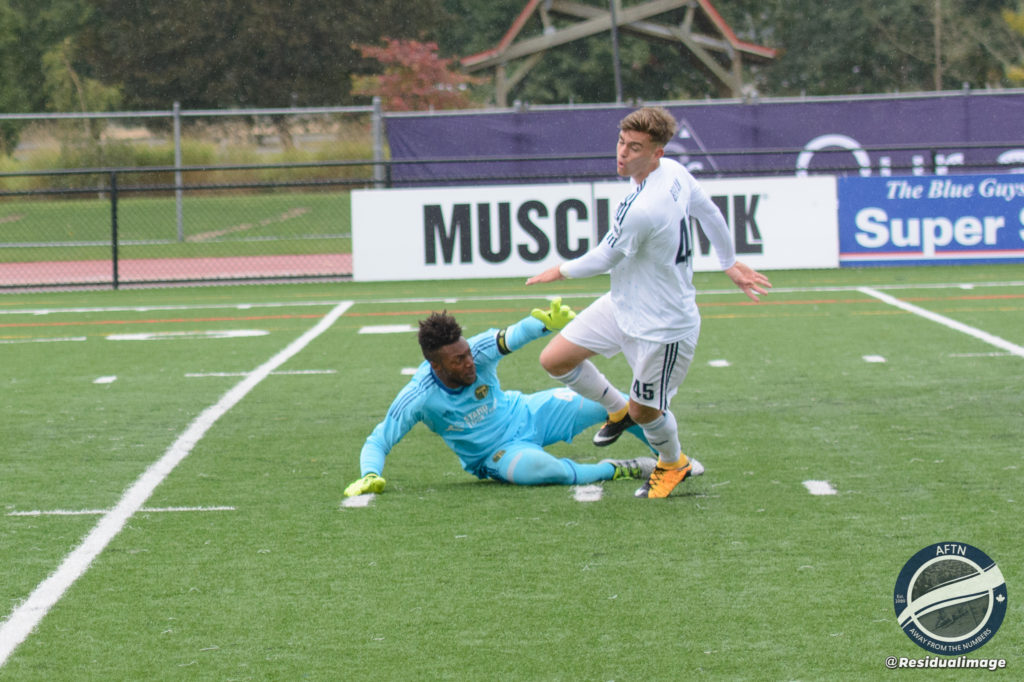 Myer Bevan can’t get the better of Portland keeper Kendall McIntosh, which was to be the story of the afternoon for all the young ‘Caps 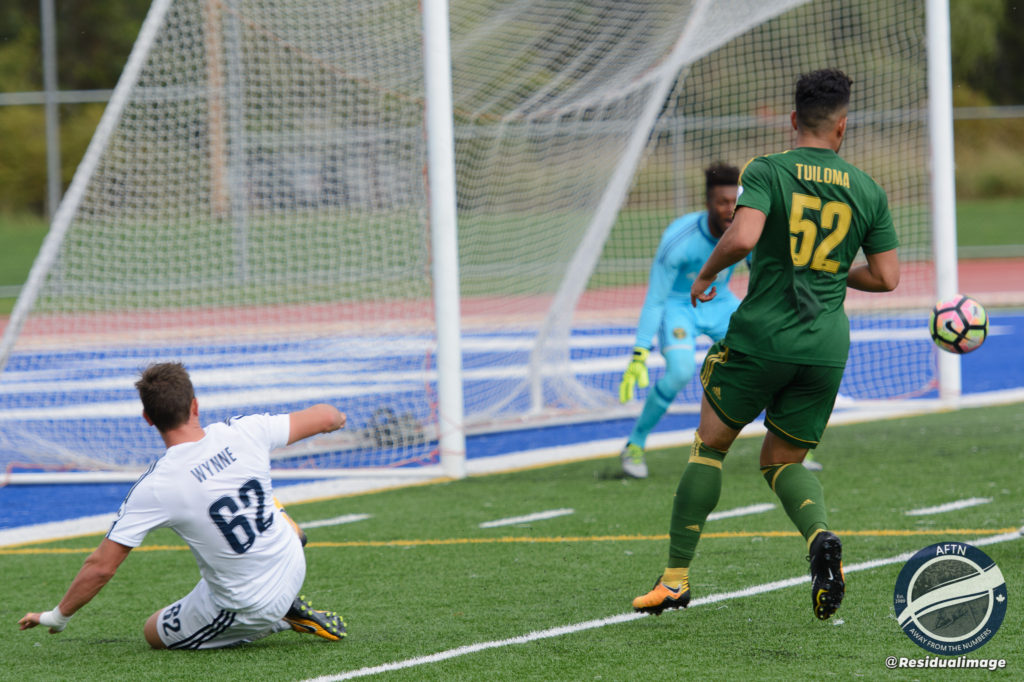 His Kiwi counterpart Deklan Wynne sent a low ball across goal, but there was no takers 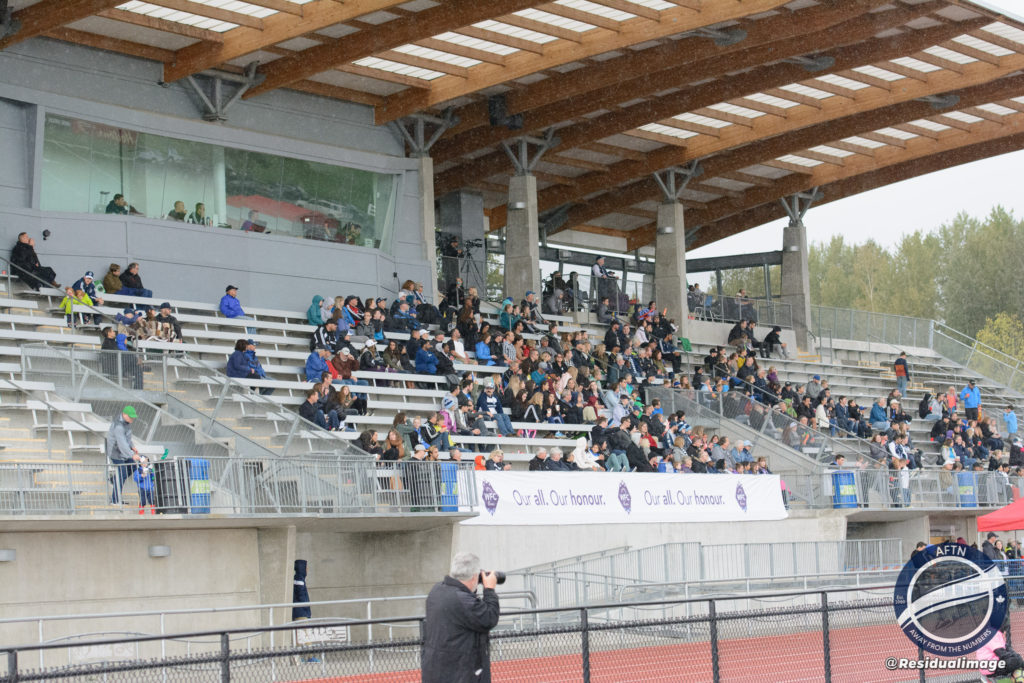 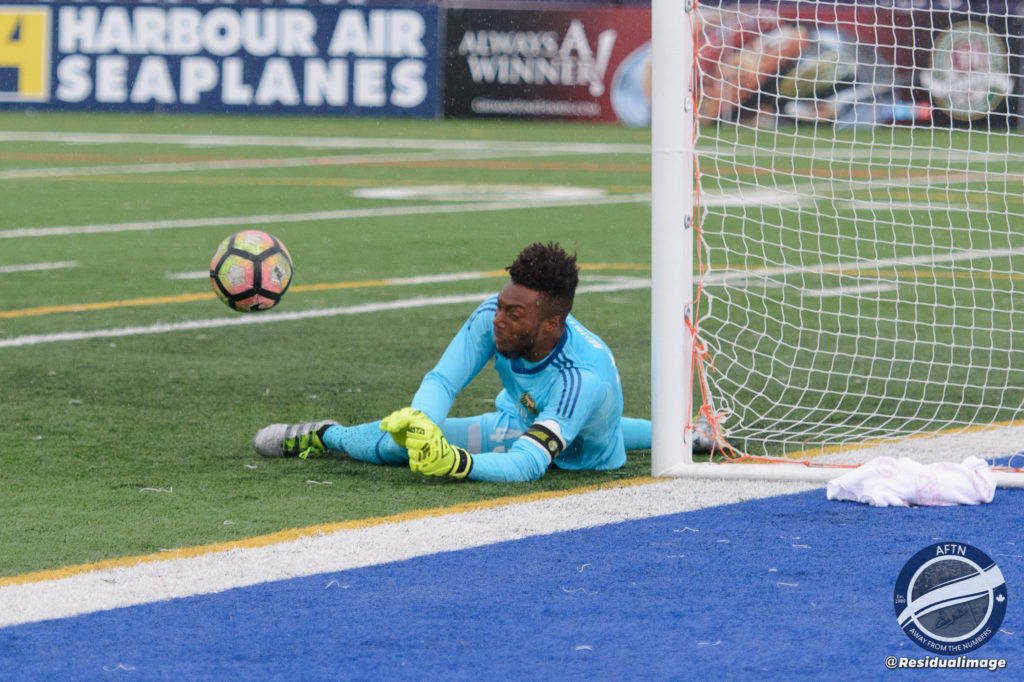 David Norman tried to fire the ‘Caps in the lead and hit a stunning 30 plus yard free kick in the 64th minute, which Chris Serban nearly put away the rebound on after Kendall McIntosh saved it 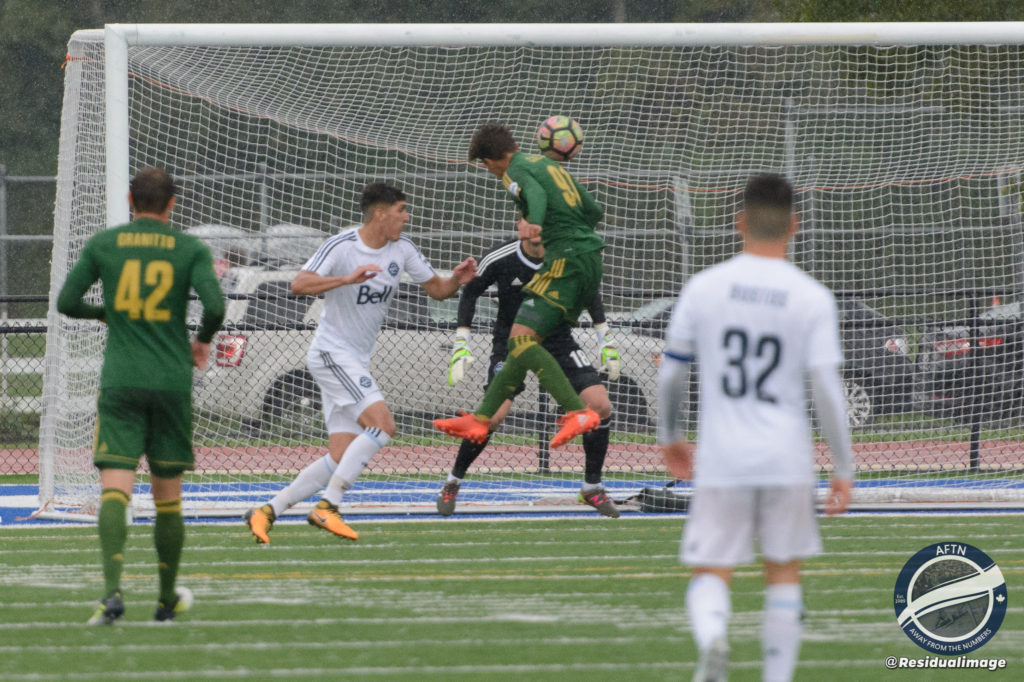 Portland started to turn up the pressure though three minutes later, as the conditions worsened 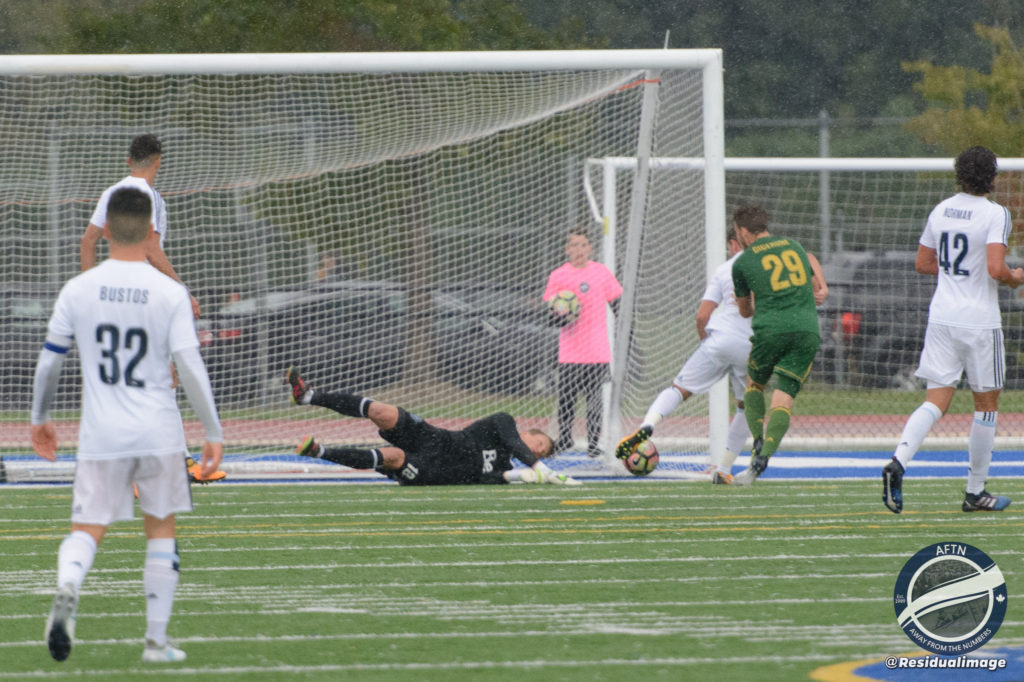 Causing a scramble in the Whitecaps defence 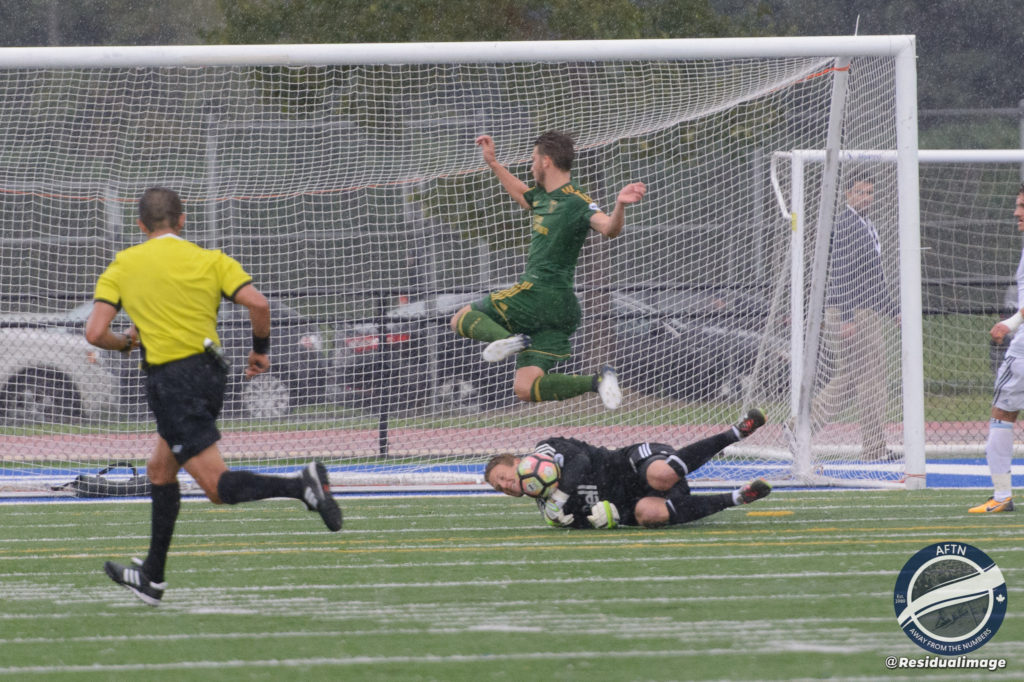 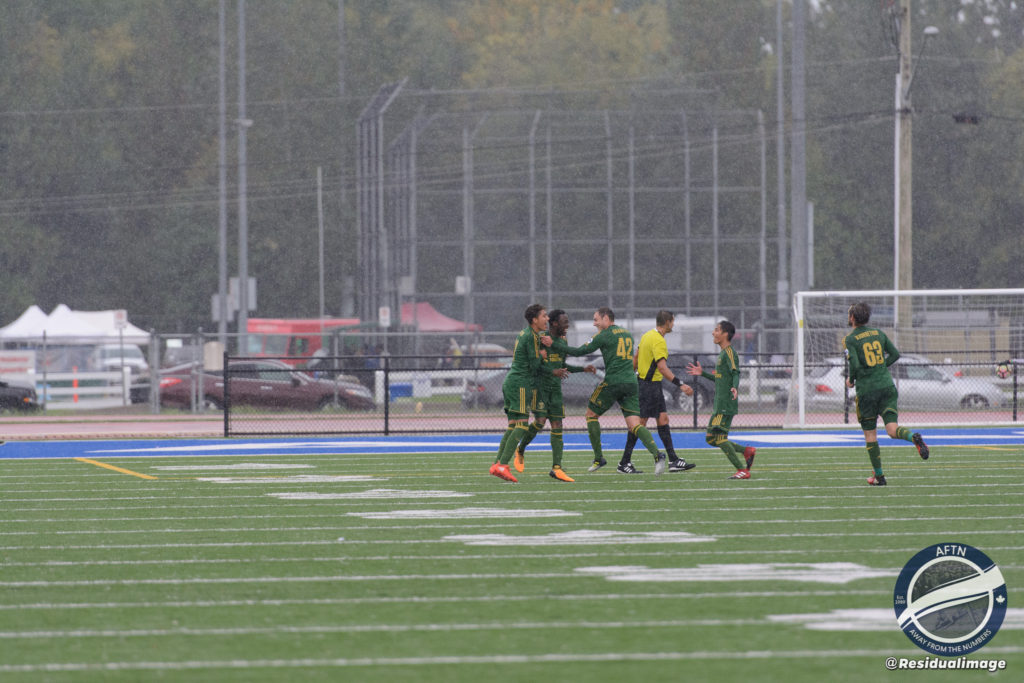 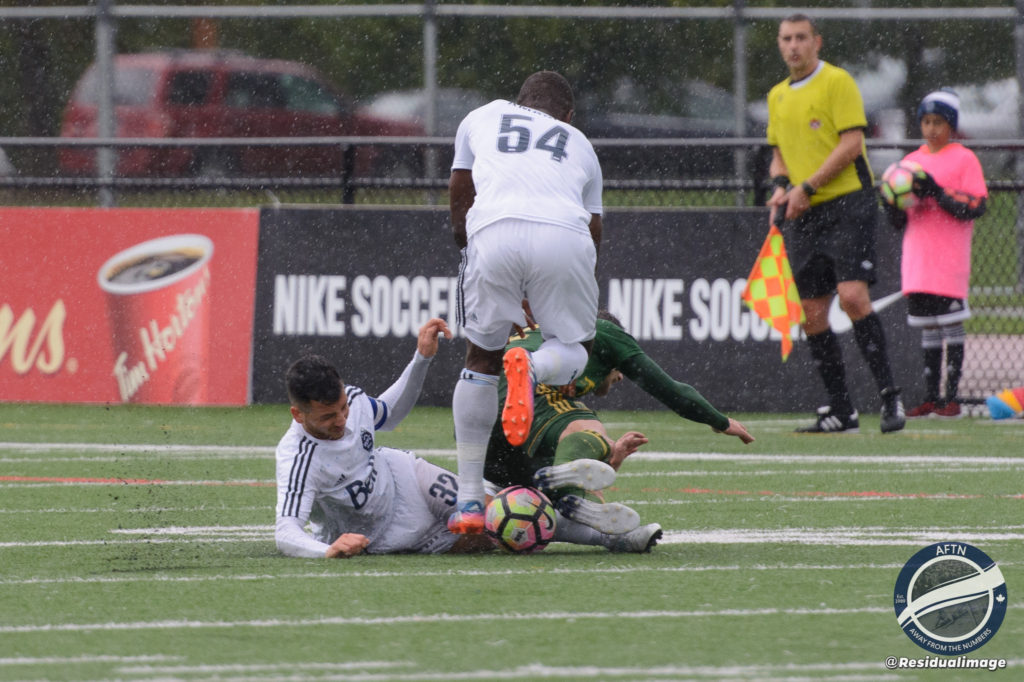 Let the bodies hit the floor 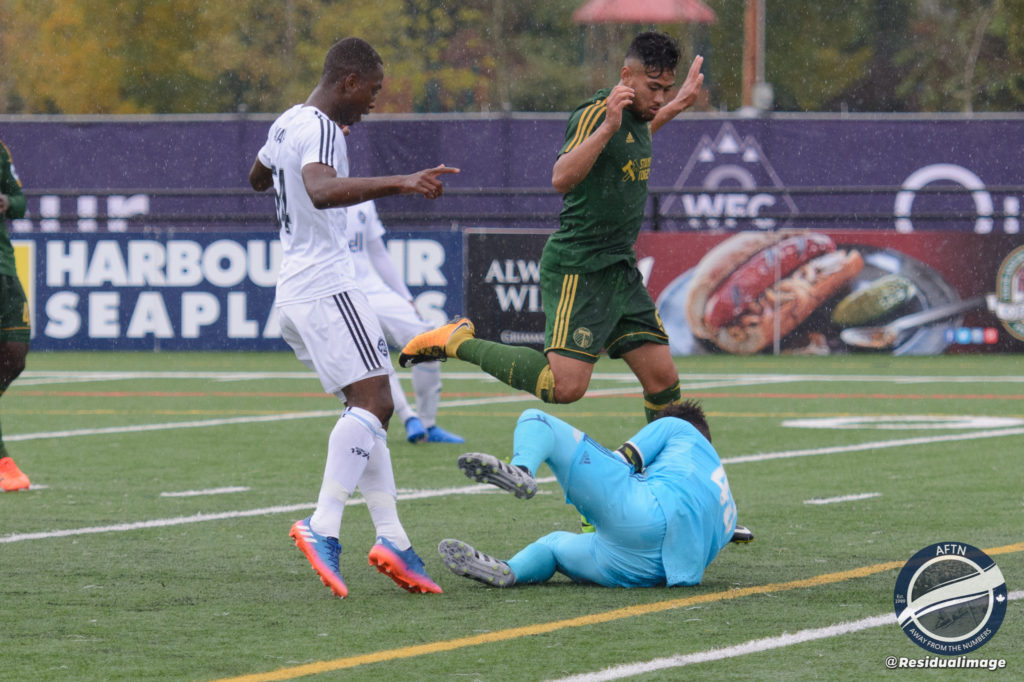 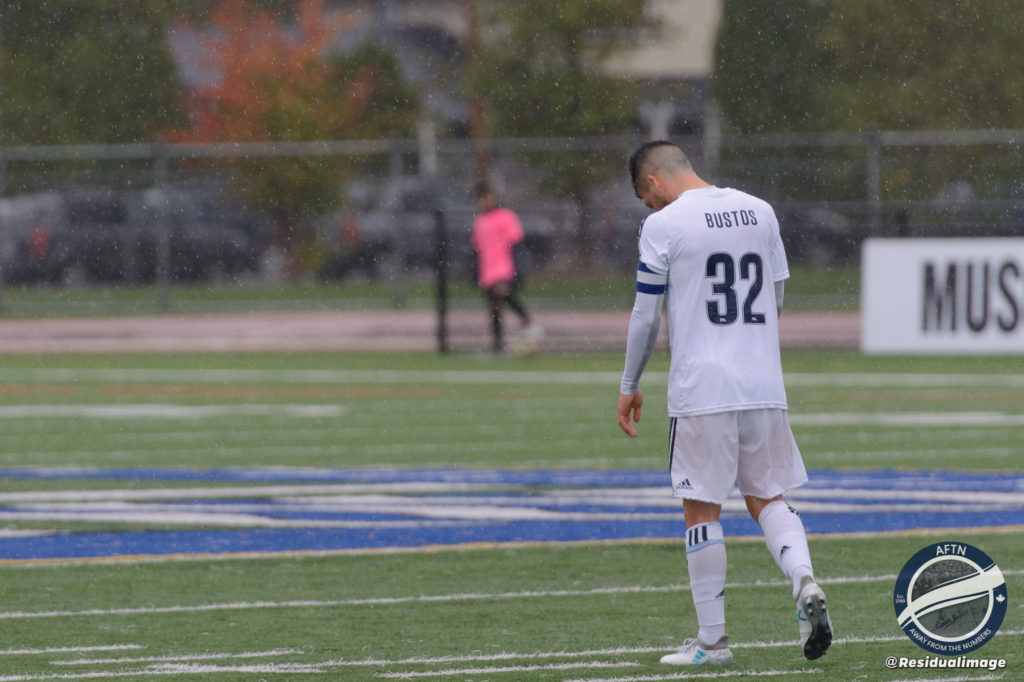 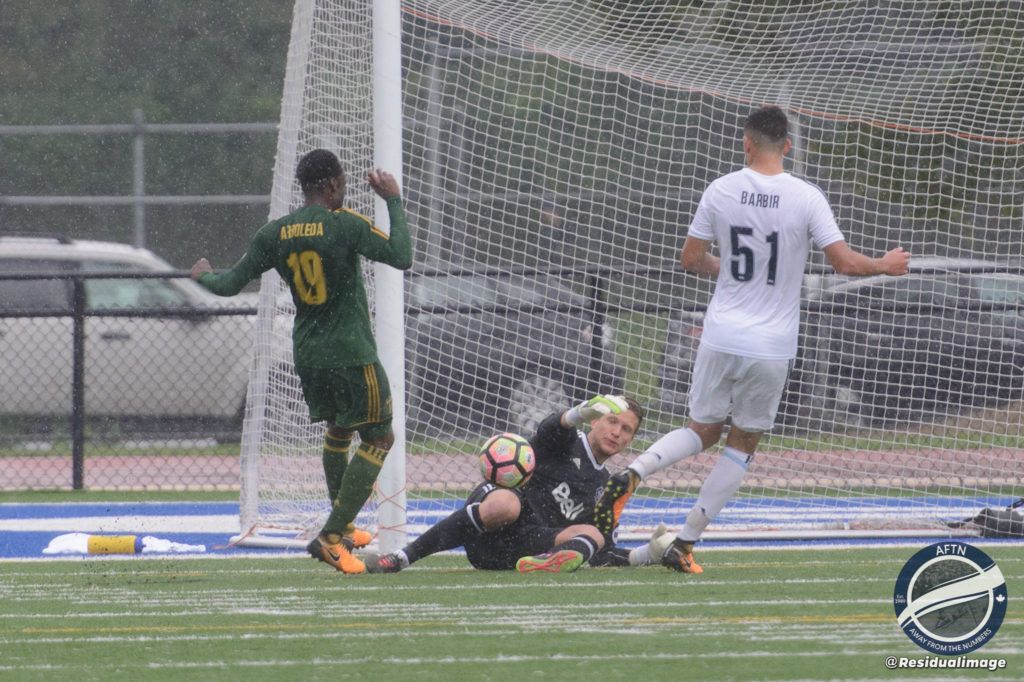 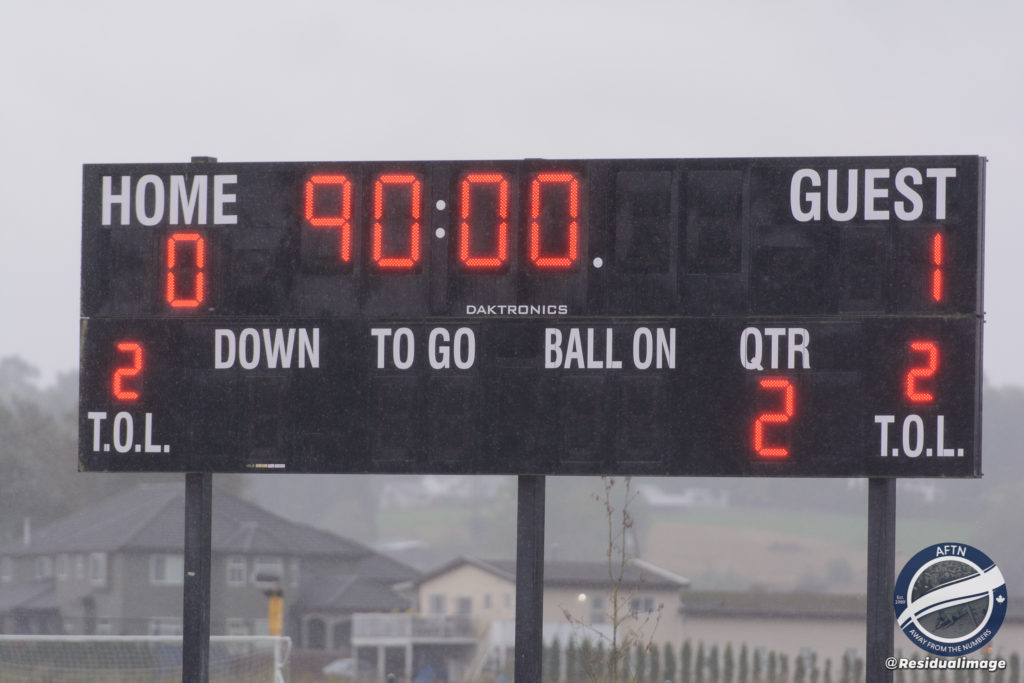 And that was how it was to end. A miserable last result in Langley on a miserable afternoon weatherwise in a miserable season for WFC2 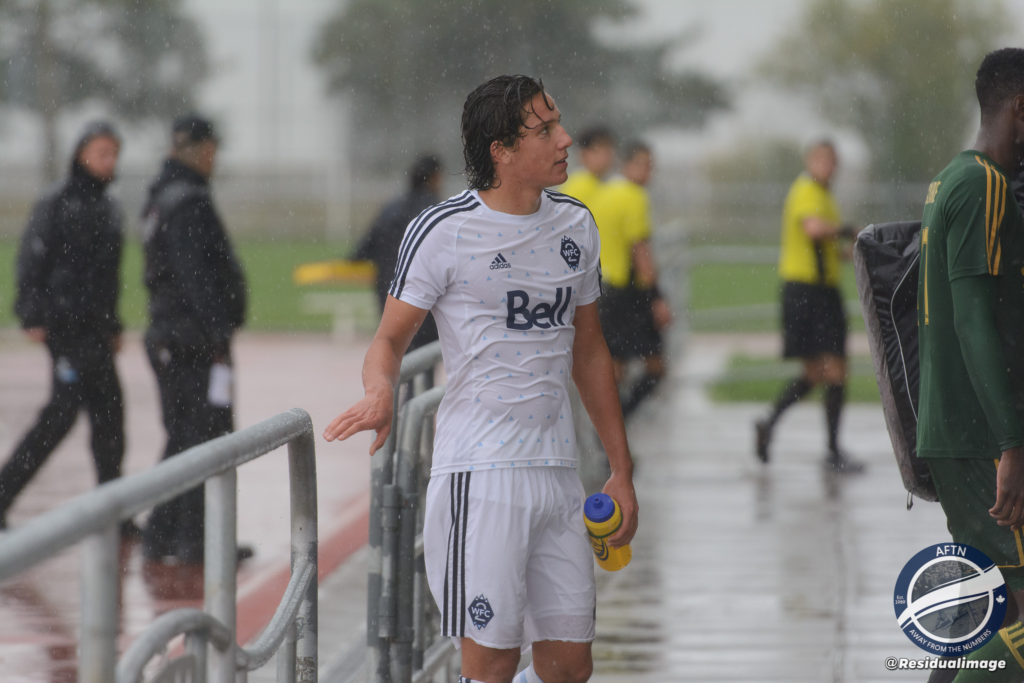