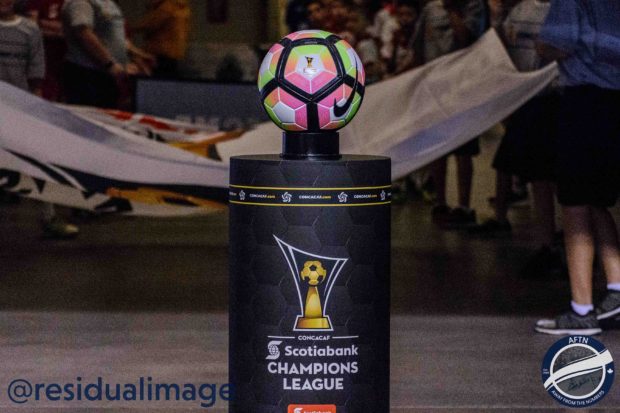 The away goals rule is a polarizing one in football circles. Most of us will have had a team screwed over by it at some point of our supporting lives. As Whitecaps fans we only have to look back to the 2013 and 2016 Canadian Championship final losses Montreal and Toronto to remember how heartbreaking it can be.

But it can also be exciting as hell when you’re not on the wrong side of it or you’re watching a game as a neutral.

It’s there to encourage and to reward. To encourage away teams to not park the bus and to attack the home side, then rewarding them if they do that and get some success. Does it work? Well a lot depends on the teams, the tactics, and which leg of the tie you’re playing in.

For most of my football watching life I’ve been a firm believer that you want the second game of two-legged cup ties to be at home. Keep it tight in the first leg away from home, maybe even nicking a draw, a goal, or best of all, a win, then finish the job off at home in the second leg with the home crowd and home field advantage behind you.

Since coming over here, I’ve done a complete reversal in my thinking. Maybe it’s because of games like those Montreal and TFC Voyageurs Cup defeats. Maybe it’s from watching how well Montreal then did in their run to the CONCACAF Champions League final after some fantastic second leg performances and results on the road.

It just feels that in two-legged ties with the away goals rule in effect, the home side in the second leg is often at a disadvantage. Not what you want to hear if you’re the Whitecaps and heading into your second leg semi-final at home to Tigres UANL tonight.

“This conversation happens in Major League Soccer circles a lot,” ‘Caps coach Carl Robinson told AFTN. “It comes up that teams tend to feel the advantage is with the away team in the second leg. I was brought up the same school as you, that if you have the home leg as the second leg, you strongly have an advantage.

“I think statistics show that it’s not necessarily the case. But at the end of the day, you’re going to play one game at home and one away. The aggregate away goals, it complicates it a little bit more.”

The away goals rule is in effect tonight and it could be a killer for the ‘Caps.

Tigres head to BC Place with a two goal lead from the first leg. It could easily have been more, but the nature of the two goals (an own goal from Kendall Waston and an agonising second in the closing minutes after some poor defensive play) should at least give Vancouver some hope that they managed to keep a very dangerous attack mostly at bay for the first 90 minutes of the tie (just).

The Whitecaps should also be buoyed by the fact that they had two excellent chances of their own in that first leg, one from Brek Shea and one from Nicolas Mezquida, showing they have the ability to get in behind the Tigres defence, if perhaps the inability to then take those chances and give the ‘Caps what would have been a crucial away goal.

But they left Mexico goalless, with Tigres sitting pretty. Their two goal lead may already be enough. If the ‘Caps score first tonight, we have a whole different tie on our hands, but both sides know that an away goal for Tigres at any point over the 90 minutes and it’s basically game over.

Basically, but not definitely. It would leave the ‘Caps needing to score four at home. Seems a tall order, but they did it against Portland at the end of last season and they did it against LA on Saturday, and that gives them more hope as they ponder the best game plan for approaching the match.

“I’m sure the analysts and experts will say to me ‘you’ve got to get an early goal’,” Robinson told reporters at training on Tuesday. “Yeah. I’m sure we’d all love an early goal in every game we play. We need to make sure we score two goals to take it to the next stage. When those two goals come, it doesn’t matter, within the 90 minutes, as long as we keep the back door shut.

“It’s old English adage or saying, and I don’t like using English sayings because I’m from Wales. The bus is late and you wait for a bus and you wait 20 minutes and then three come along in three minutes. We had that on Saturday. We scored two goals in a minute, so it shows the dynamic of a game can change within 60 seconds, ala Barcelona and Paris Saint Germain.

“I don’t know what the right formula is but it’s pretty simple – we need to score two goals in 90 minutes and make sure they don’t score. If they do, we need to score four, so the sooner the better.” 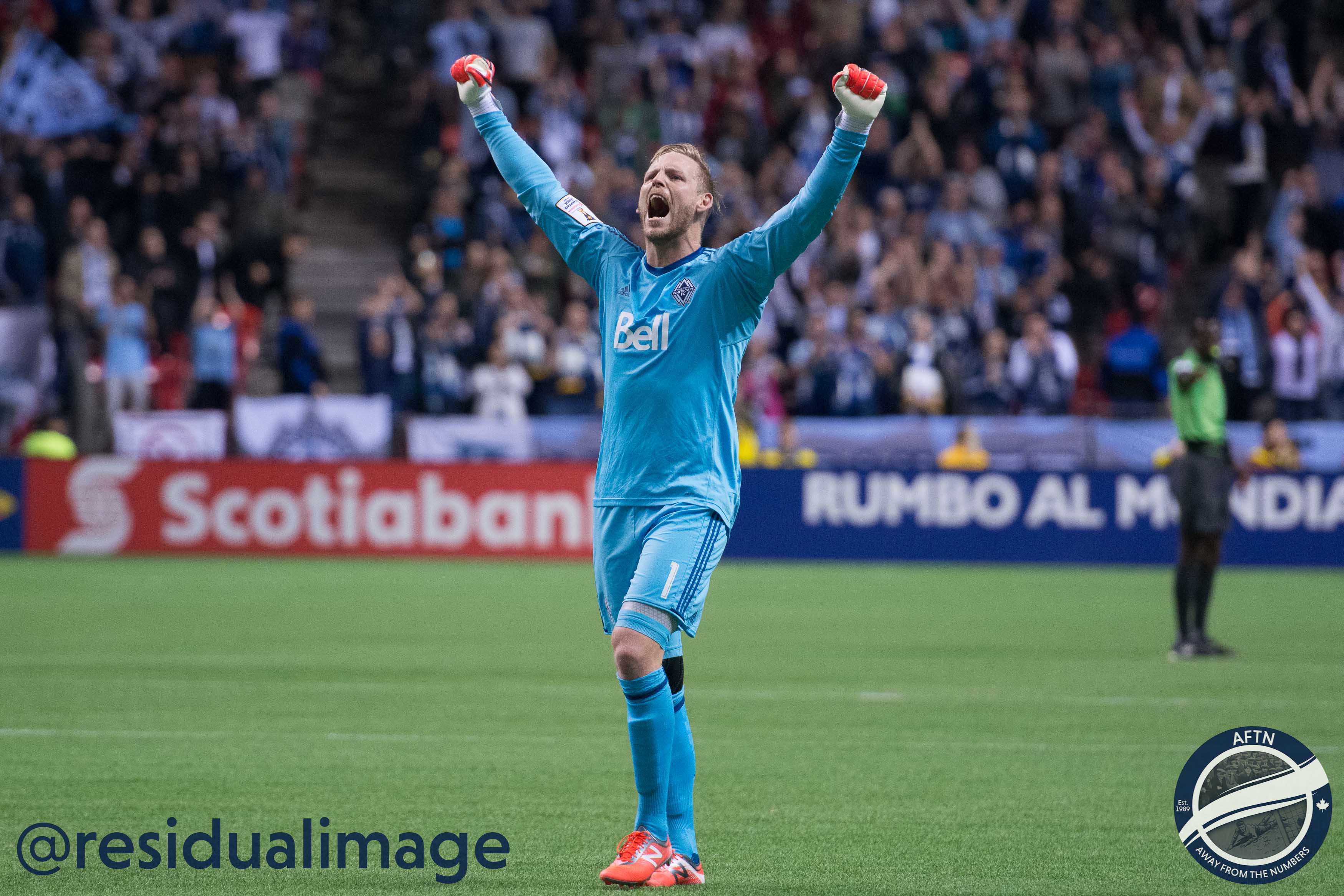 But the threat of a Tigres away goal looms large over the match.

Push too much and you’ll leave yourself wide open at the back for it, but don’t push enough and you won’t get the goals you need. An away goal would suck the life out of the stadium you fear, both on and off the pitch.

“You’re always going to play on the edge [with] that danger,” Montero said. “Even if we’re winning two zero, we know that one goal is going to be tough to come back. But this is soccer. That’s the beauty of the game. You never know what’s going to happen in 90 minutes.”

But you can’t base your whole game plan on fear. The away goals rule will be firmly in the mind of every Whitecaps player on Wednesday, but they can’t let it be what primarily dictates their play and it can’t have them playing on edge. Whitecaps captain Kendall Waston is sure it won’t.

“No, no pressure [from it],” feels Waston. “We know it’s obvious that we can’t concede any goal. From the first half we have to rush and try to score as quick as possible because if we score earlier, we know that at any time, at any stage of the game we could get the other goal.

“At the other side we need to be very smart, very intelligent. If we leave a lot of spaces at the back, we know they can take advantage.”

It’s a case of risk versus reward. But a calculated risk, not the ‘ah what the hell, here goes nothing’ variety.

“I told them today we might as well put out cards on the table and the cards are, we need two goals to take the tie to the extra 30 minutes and we can’t concede,” Robinson said. “So with that, we’re going to have to take some risks. Sensible risks at the right times, but we’ve got to keep the back door shut. The mindset in Saturday’s game (v LA) will be the same mindset as going into tomorrow’s game.”

So if Tigres have the big away advantage, do the Whitecaps actually have any home field advantage?

As we talked about last week, that seems to be few and far between with MLS teams. You do have the likes of Dallas, Houston, and Colorado who have real home field advantage due to weather conditions.

The ‘Caps don’t really have that “luxury” of excessive heat or altitude (of which I’m sure we’re all really grateful for non footballing reasons), but they are trying to grab any advantage they can, no matter how small it may end up proving to be.

The first one is the artificial pitch at BC Place. No-one really wants to play on it over grass, but at least the ‘Caps players are used to it. The Tigres players will only have had one session on it late on Tuesday night. Not really enough time to get use to all the weird bounces and anomalies that come with playing on turf.

But can it really make that much of a difference though? It didn’t seem to matter when Mexico schooled Canada here in the World Cup qualifiers. The ‘Caps are trying to play it up and Waston feels it could be a factor.

“Yes, it can,” Waston said. “It’s going to be very different for them because they’re not used to playing on this time of turf. They’re not going to love this. We have to take all the advantages to us.”

Waston’s own experience is that you’re not suddenly going to learn how to master playing on a turf pitch overnight, so the Whitecaps need to make sure that Tigres have the worst possible experience of playing on one that they can serve up.

“It could take a couple of days or even more than one week [to get used to it],” Waston added. “If you’re used to only playing on grass and then next day you play on turf, you’re going to feel the difference.

“We have to play with everything. We have to make it the worst turf. Bring more cold down. rain, everything. To win that game, we have to do it.”

To do that, the plan is to open the roof, something else we were calling for in general in last week’s article. With rain in the forecast, it’s going to make for even more difficult conditions on the BC Place pitch.

Montero believes that will prevent Tigres from playing the one touch football that they play at home and will present a game that will suit Vancouver right down to the ground.

“It will be an advantage for us,” Montero feels. “We are used to training every day in this weather. Hopefully we can use that to try to run more. We are here every day and we know if you don’t warm up good enough, it can be a disadvantage.

“We believe that we can do it. We’re in our house, in front of our fans. Our motivation will be high for this game.” 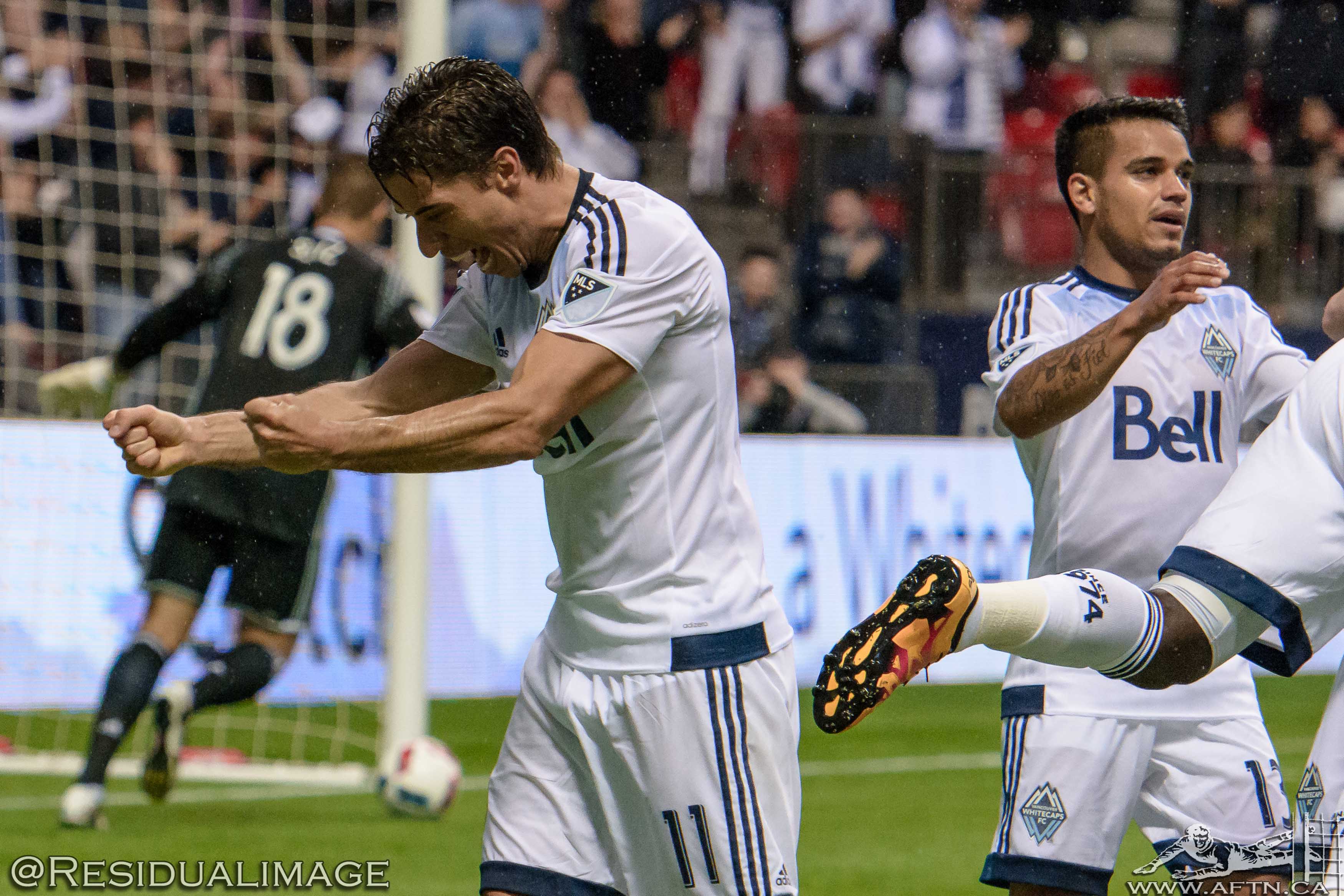 The Whitecaps have opened the BC Place roof before and let the rain in. Almost a year ago in fact when they played FC Dallas last April. It left the players, the supporters, and the pitch sodden (as you can see above), but they won that match 3-0. So can an open roof and a wet, artificial pitch really give the Whitecaps the big home field advantage they’re looking for and need?

“Nah, no advantage,” deadpanned Robinson. “Same for both teams.”

Joking? Serious? Bit of both?

Even if it does give the ‘Caps some, any, kind of advantage, no matter how big or small, whether it’s enough to overcome the gulf in quality between the two teams is hard to believe. And Robinson is fully aware of what faces his young squad.

“One of their players earns more than my team put together,” Robinson noted. “So that’s the task we’ve got ahead of us, but that’s football. That’s where we are but it’s an unbelievably big game for this football club and it’s a chance for us to create the next big of history.”

Cup shocks happen. The giantkillers often triumph. And Robinson’s final message to his players is clear and simple.

“Go and leave your stamp on the game,” Robinson said. “It’s 90 minutes of football. When you cross that white line, reputations go out through the window. It comes down to simple hard work. Quality.”

If they can keep the away goal from happening. They have a real chance. It’s going to be one hell of a night. Make sure you’re a part of it.