It’s been a pretty eventful first month in MLS for Vancouver Whitecaps. The five points and 1-2-2 record doesn’t do justice to what’s played out on the pitch over the past four weeks.

The latest step on that journey came this morning when the Caps announced their first ever international friendly as a MLS Club. 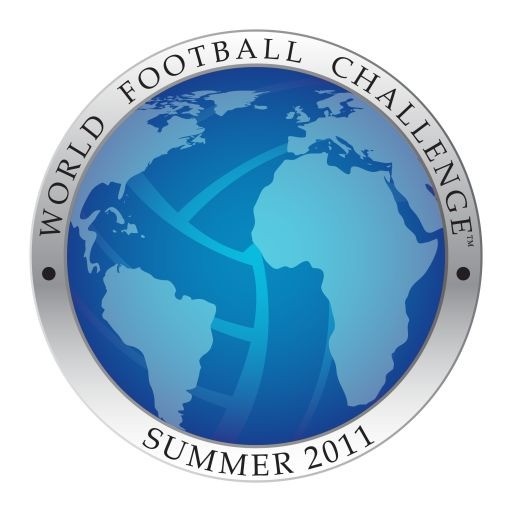 The date for your diaries is Monday July 18th and the opponents are Manchester City.

The game is part of the 2011 World Football Challenge and as a special ”thank you” to the fans, the game will be free to everyone who is a season ticket holder by the end of April.

It’s a great gesture from the Club, especially considering that the tickets are expected to cost $60.

Now I’m never really much of a fan of friendlies at the best of times and the ones where all you have is a constant stream of substitutes in particular. This game will fall into that category and in a footballing only sense it serves no real purpose to me as a valuable sporting contest.

Pre-season ones at least serve as a chance to try our players, formations, line ups and sharpen fitness. With mid-season games, you run the risk of injuring your top players with the important run in to come.

Of course, these players can be injured at any time, but why add that one extra risk? Hopefully we will also be preparing to take part in our first Concacaf Champions League campaign.

It’s difficult for MLS Clubs though. So many people want to see the top European Clubs over here, especially the English Premiership ones they see on their TV screens every week. To do that, you’re only going to be able to get that mid-season unless the MLS schedule changes, which it is highly unlikely to do.

That said, what this friendly will do is create a huge buzz in the city. It’s a game that people are going to be talking about and the Whitecaps have a chance to dominate the summer consciousness of the Vancouver sporting public.

Bob Lenarduzzi told reporters this morning that the Whitecaps have had a lot of offers from clubs to play a friendly this year, but they wanted the Caps first friendly as an international club to be a bit special for the fans and they wanted to make sure it was against “a club with significance, a club with a history”.

I hate the way big spending Man City have gone about a lot of their business the last couple of seasons. Their ways go against all my lower league footballing principles, so the chance to see my team beat them is a very appetising prospect.

Whatever people may think of them though in that regard, Man City are currently a bona fide “big club”, albeit one that perennially lives in the shadow of their city rivals United. This is quite a coup for the Whitecaps and with City expected to be in UEFA Champions League action the following week, we should expect a pretty strong squad to play at Empire.

It won’t be the first Manchester City side to play at Empire. 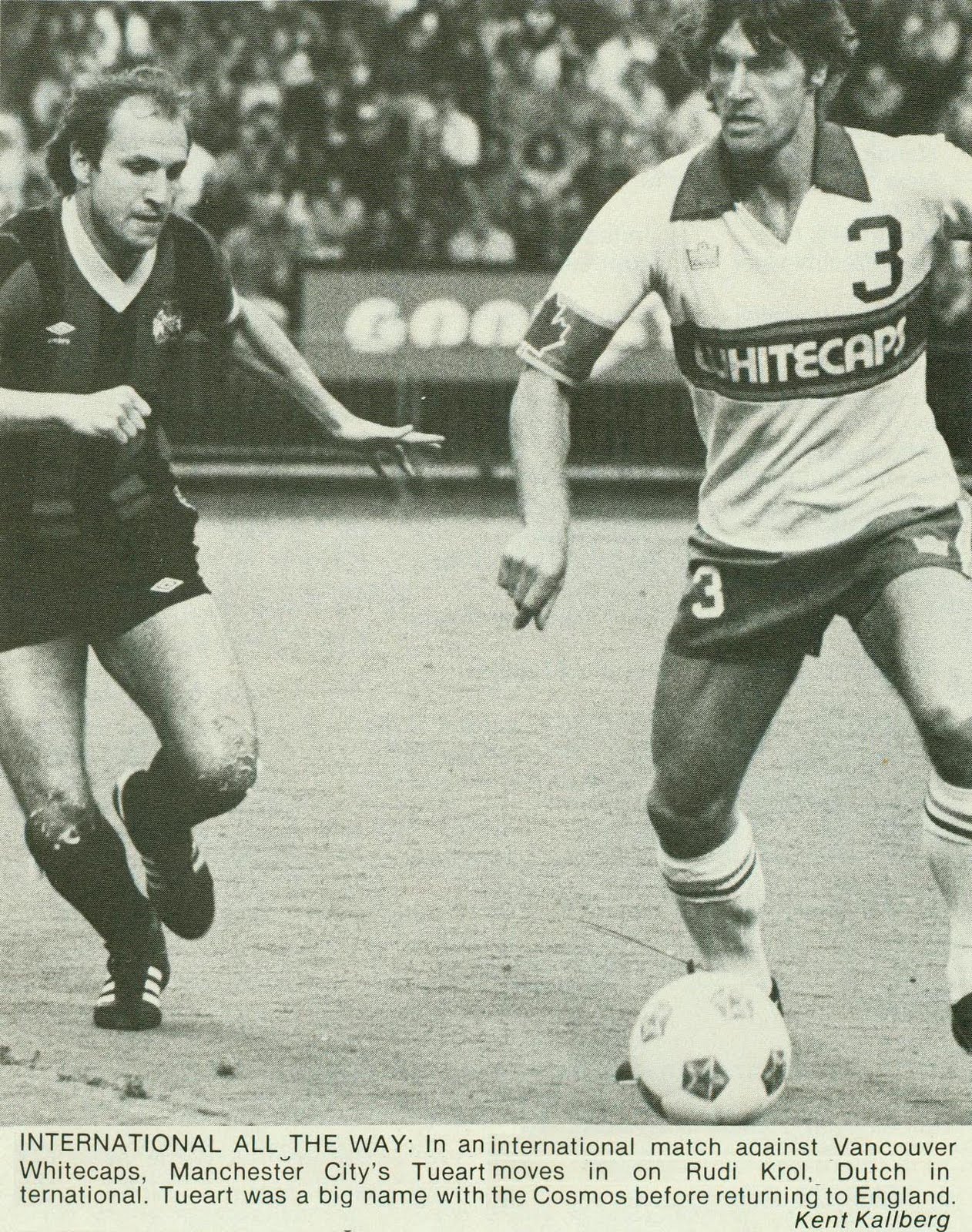 Back in the Caps NASL days, the then reigning Soccer Bowl champs took on a Man City side on May 24th 1980. It was a huge occasion for the city and 32,794 fans turned out to see Vancouver rout the Mancs 5-0. Same again in July would be lovely!

Current Caps legends Bob Lenarduzzi and Carl Valentine played in that game, with Bobby scoring a goal and Carl creating four of them.

That game was part of the Transatlantic Challenge Tournament that also involved the New York Cosmos and AS Roma. The American side won it with 5 points, with the Caps second on four, having drawn their other two games (only two points for a win back in the day!).

Amongst the current players, there are two connections with Man City. Terry Dunfield spent four years with City and was signed and managed by Caps 1979 Soccer Bowl hero Alan Ball, whilst Atiba Harris is Micah Richards cousin.

A friendly, whilst not inevitable, was pretty certain. The Caps have certainly done well in attracting a big club like city and there will be a lot of excitement around the game.

It’s these kind of marquee games that seem sadly need to put the Club and the MLS on the map to some and to gain acceptance amongst some of the Eurosnobs.

I care little about those people.

To me, this is a chance to show a moneybags club like City what football should be about and to hopefully serve up another five goal thrashing in the process.