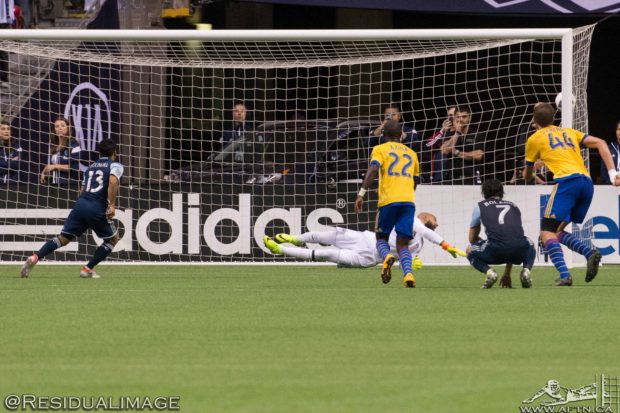 Whenever someone starts the “Ban Stoppage Time” petition, sign us up.

Another game, another goal conceded at the death. It’s not been a great couple of week for Vancouver Whitecaps.

It’s not that we deserved to win the game, we clearly didn’t and likely didn’t even deserve to get a point, but you have to wonder what coming so close, only to see it ripped away once again due to a preventable goal, will do to this team’s already knocked mentality.

Scoring two goals against a team that had only given up 11 goals all season was excellent but after Kendall Waston’s header had given the ‘Caps a 1-0 half time lead, you always felt the high flying Rapids were going to come storming back after the break, and they did.

It was the Kevin Doyle and Shkëlzen Gashi show after half time, and Doyle brought the Rapids level and as they pushed, it looked like Colorado was the only team going to win this one.

Then Eric Miller got sent off, the ‘Caps started playing again and it looked like Cristian Techera’s penalty three minutes from time had brought home the bacon, but there was still time for Thunder Bay Chill alumni Axel Sjoberg to head home a 95th minute equaliser and silence BC Place for the second game running. 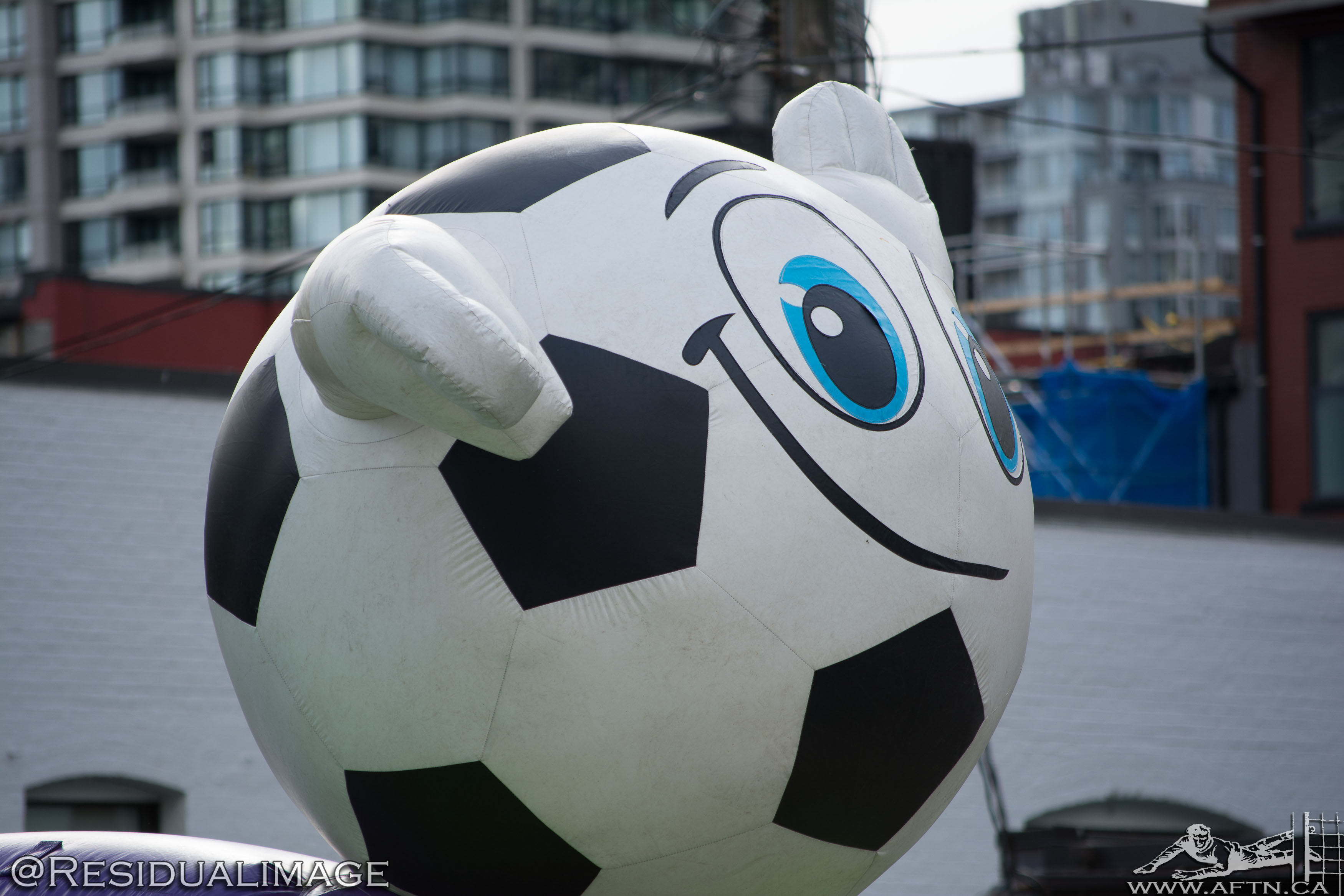 I don’t know why this photo makes me smile so much! 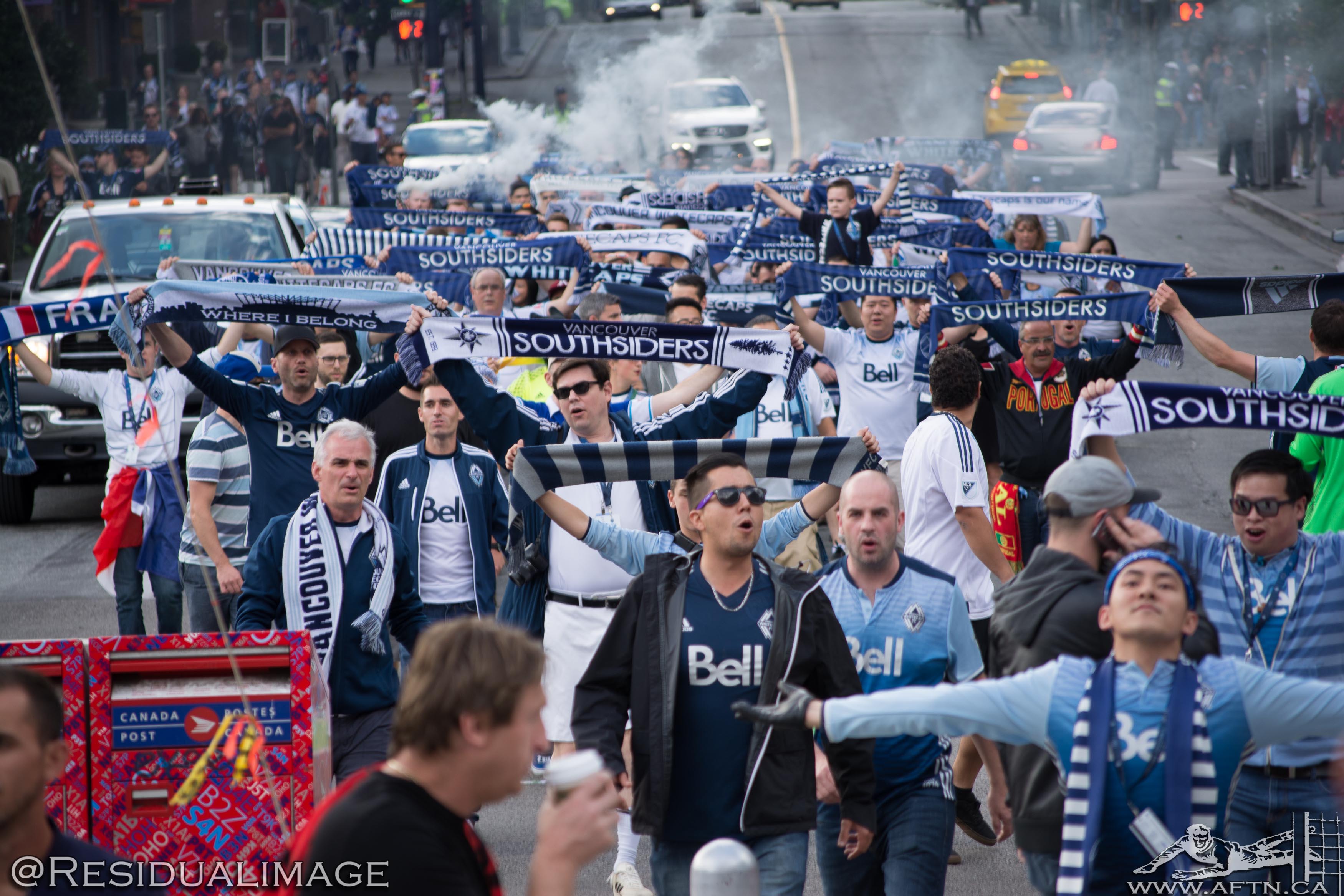 The Southsiders march to the battlefield 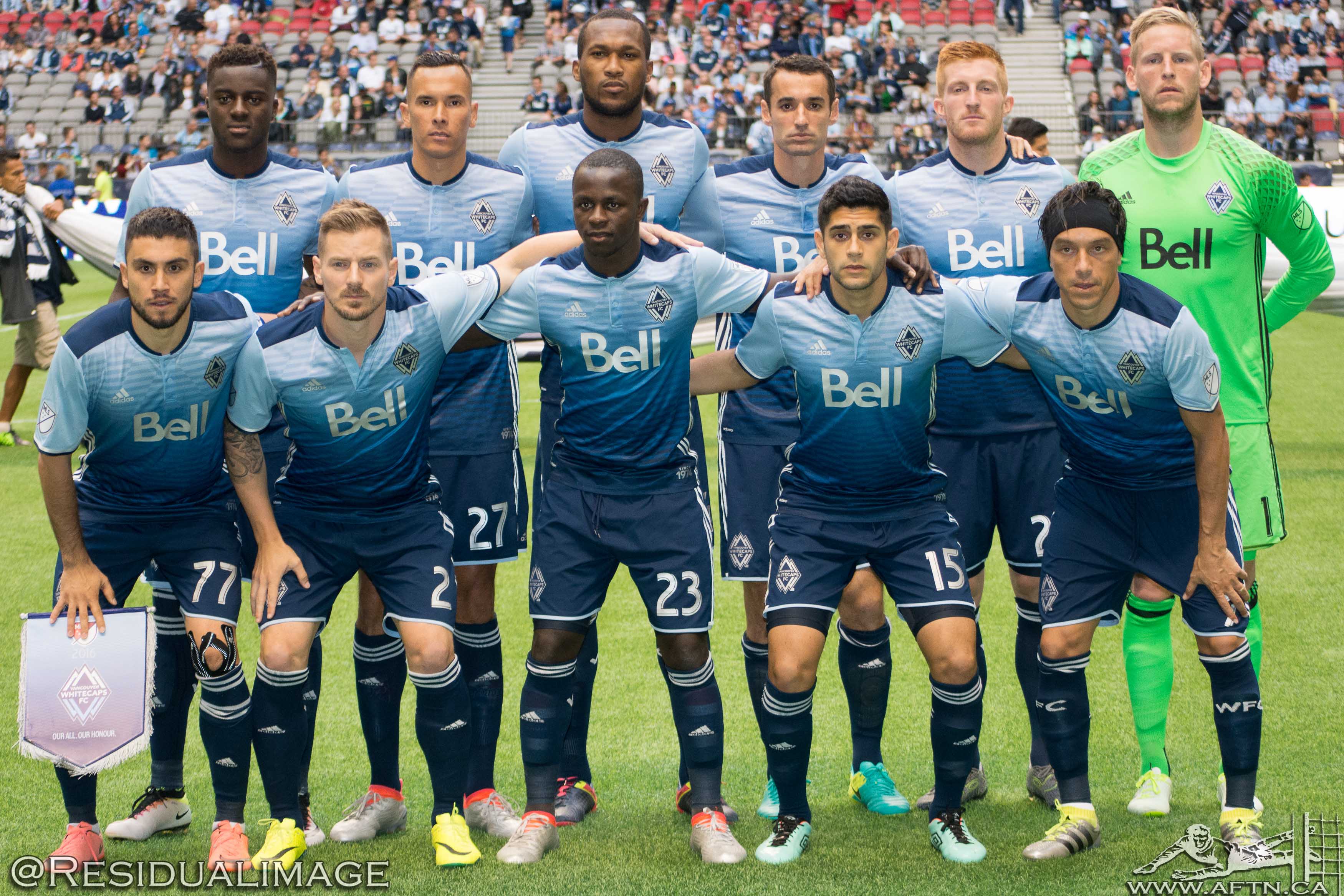 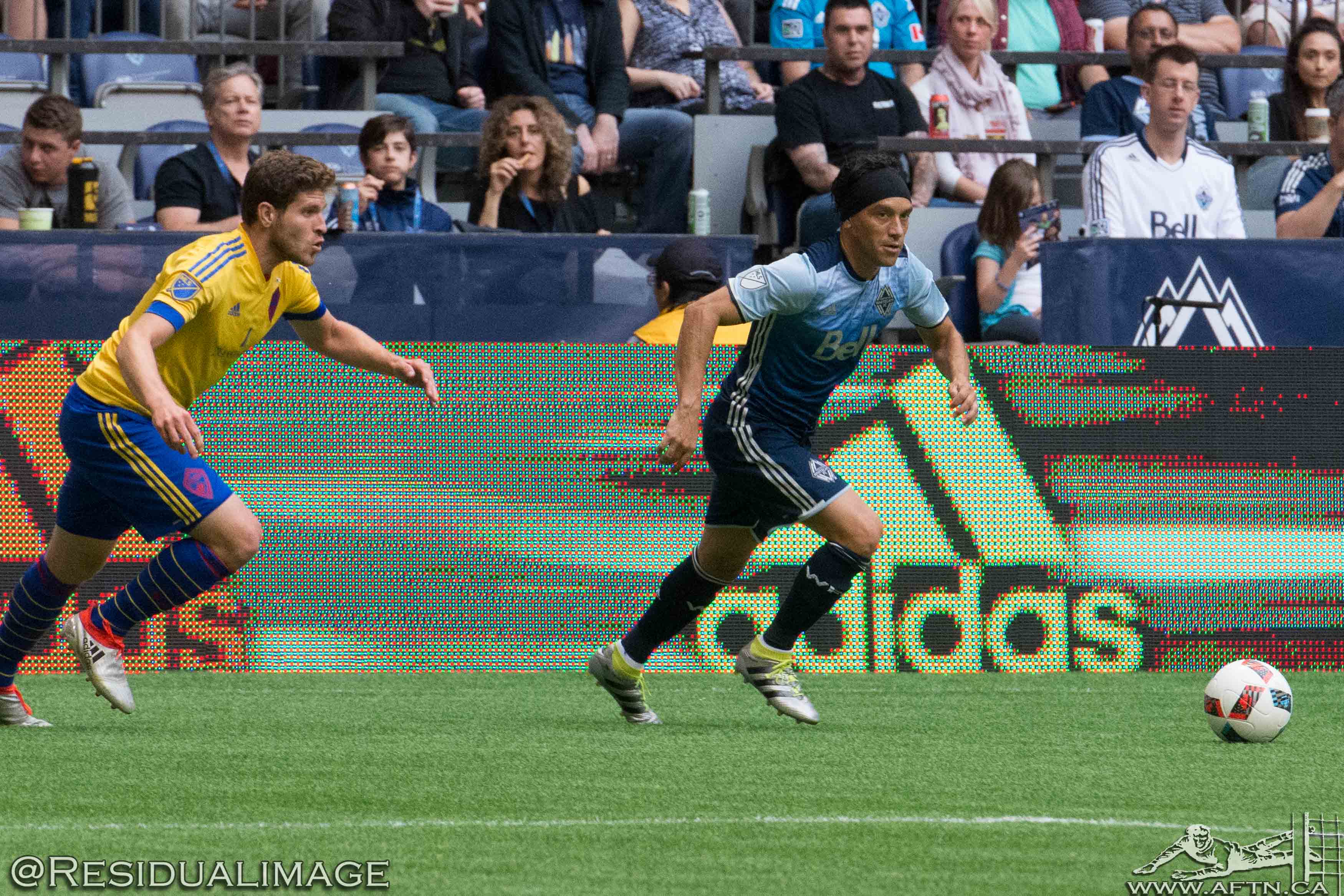 Ten minutes in, Christian Bolanos makes room and whips a cross into the box 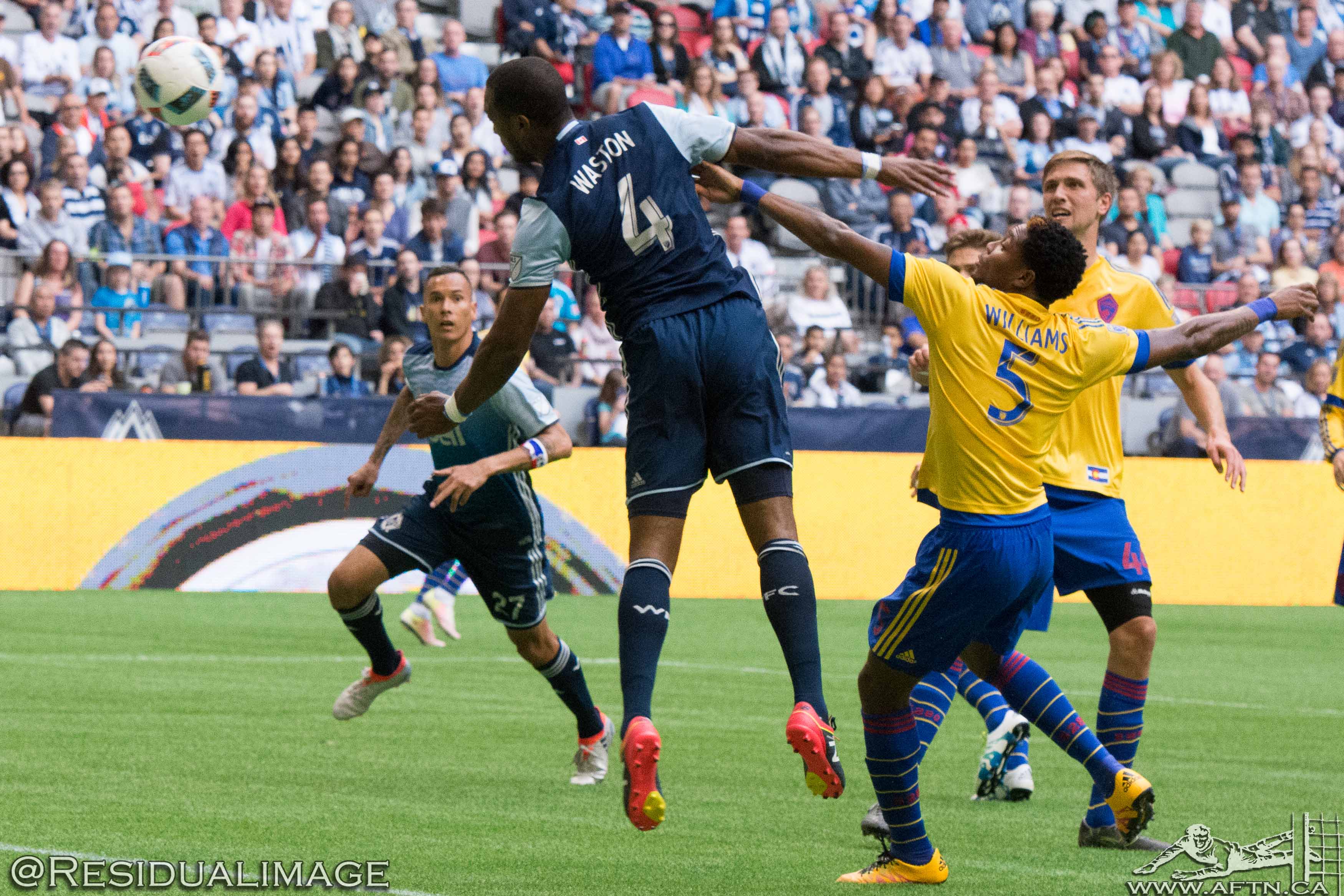 Which is met by his Costa Rican teammate Kendall Waston 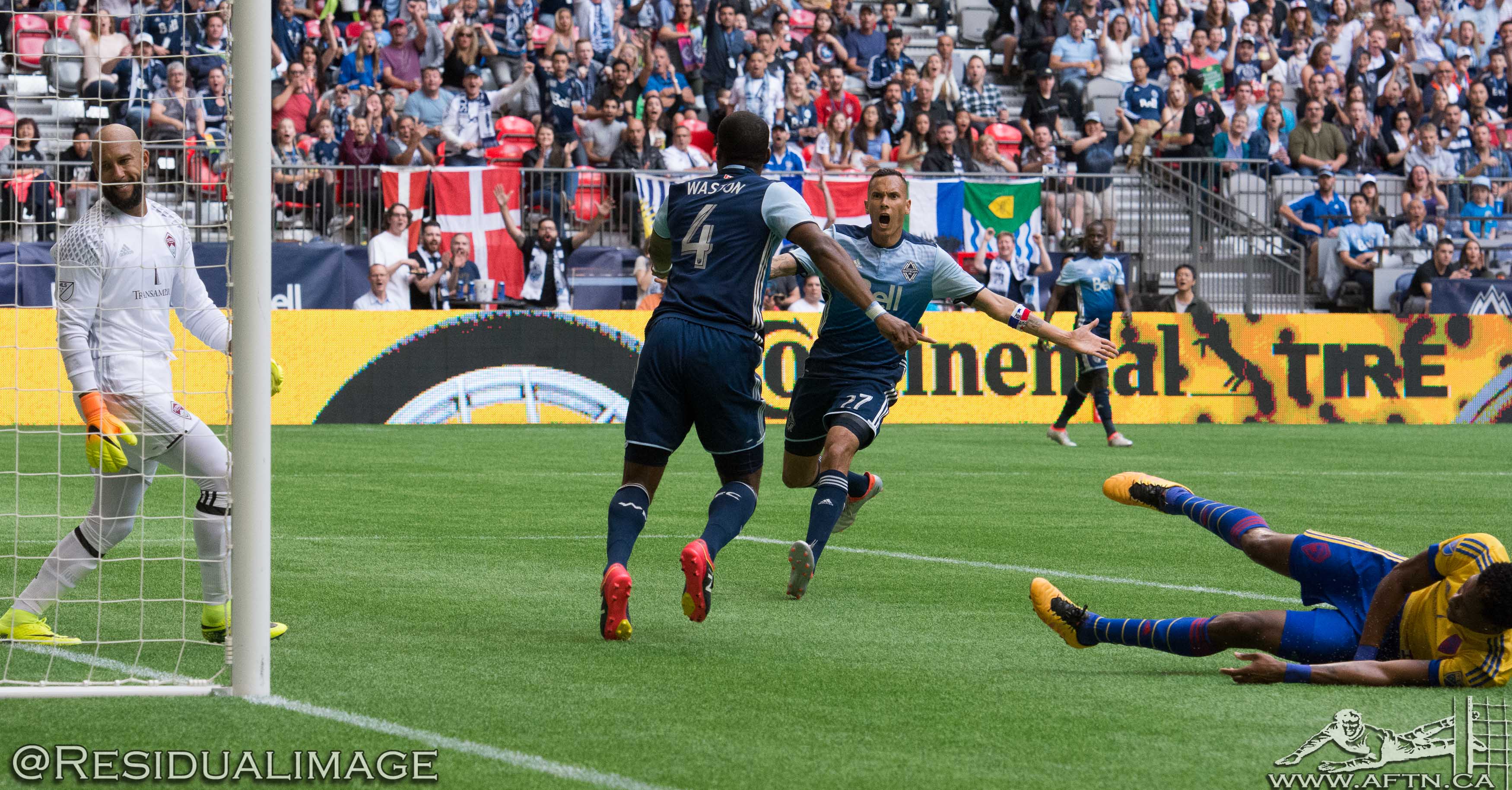 Who powerfully headed home the opener 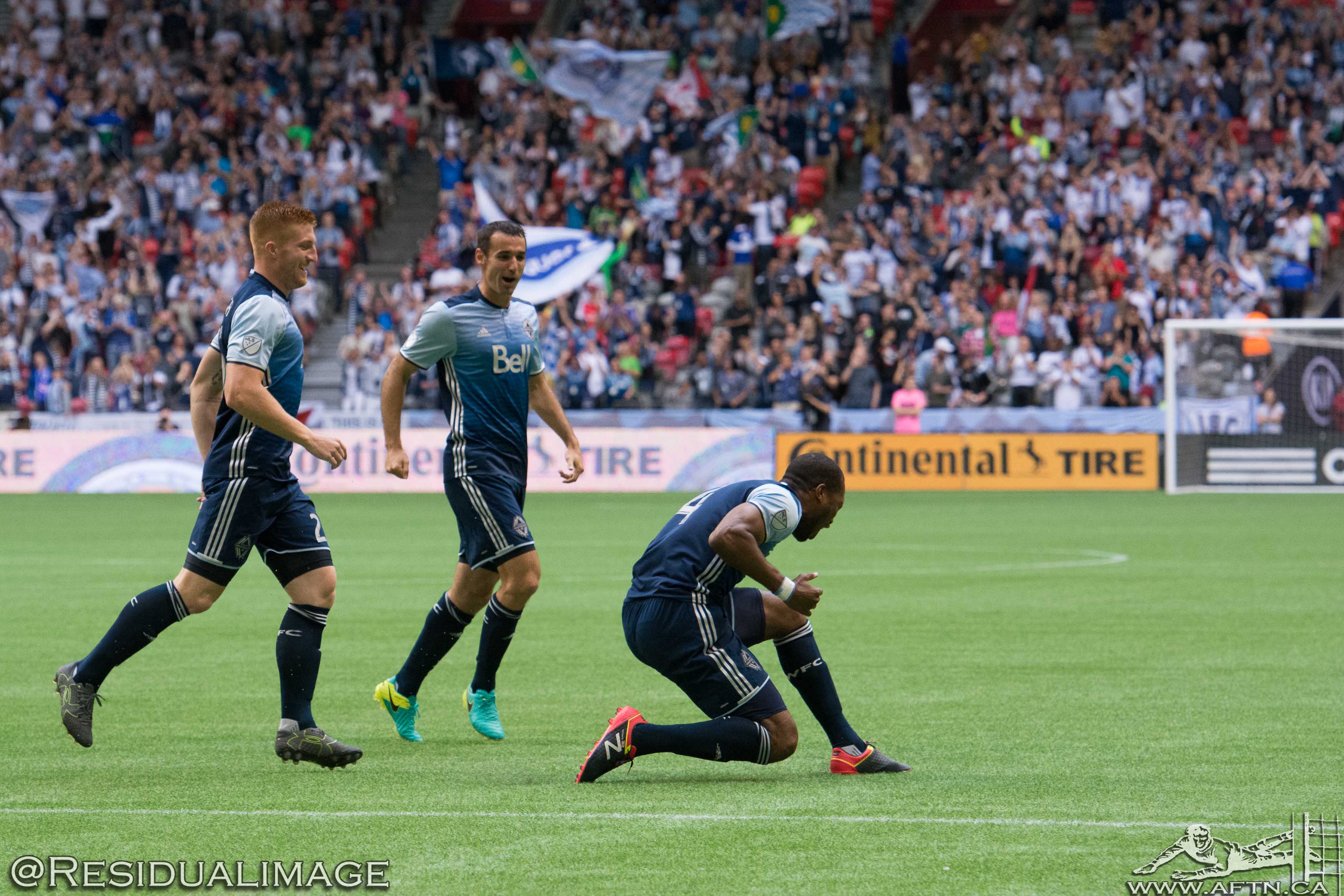 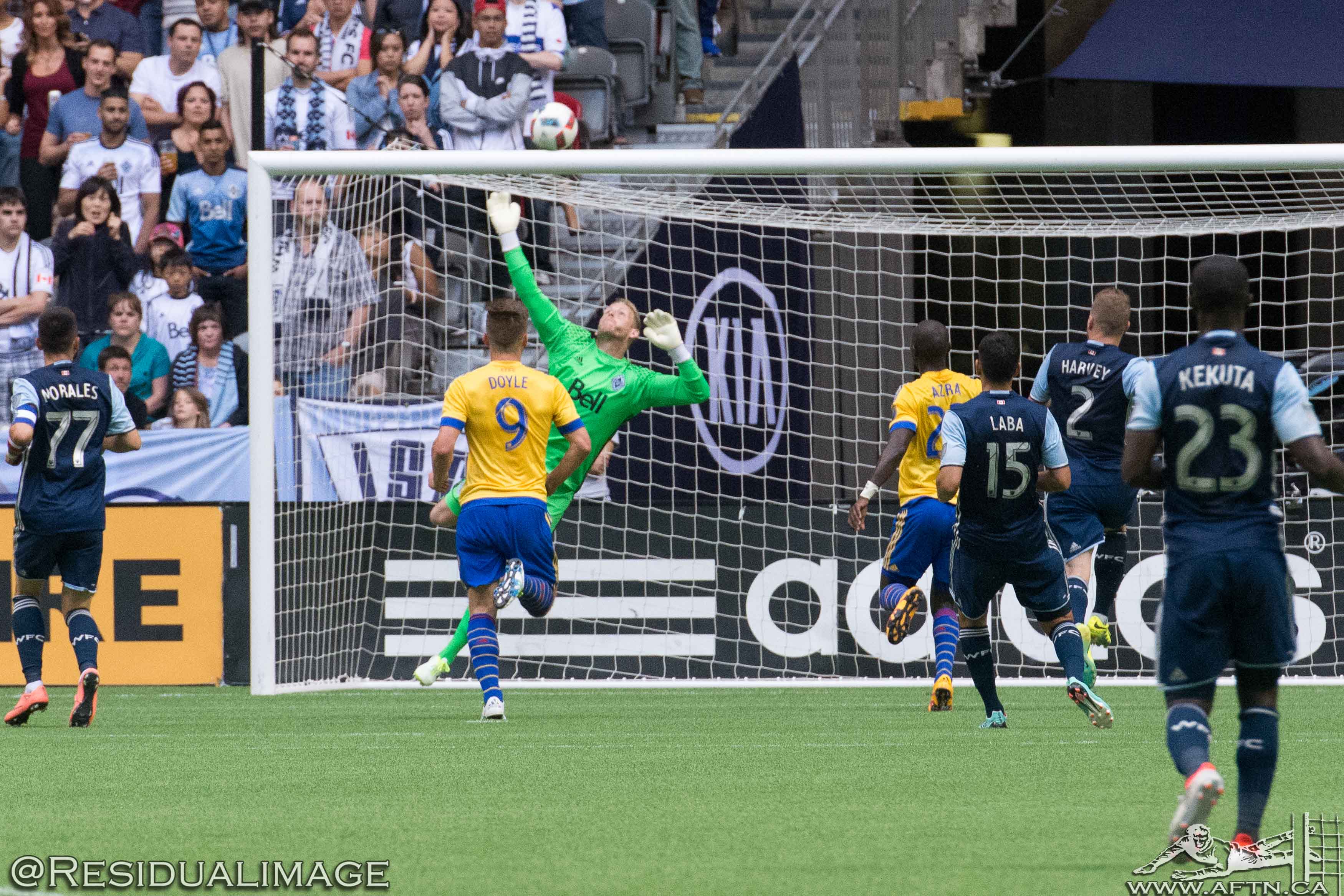 At the other end, David Ousted comes up with the first of several big stops on the night 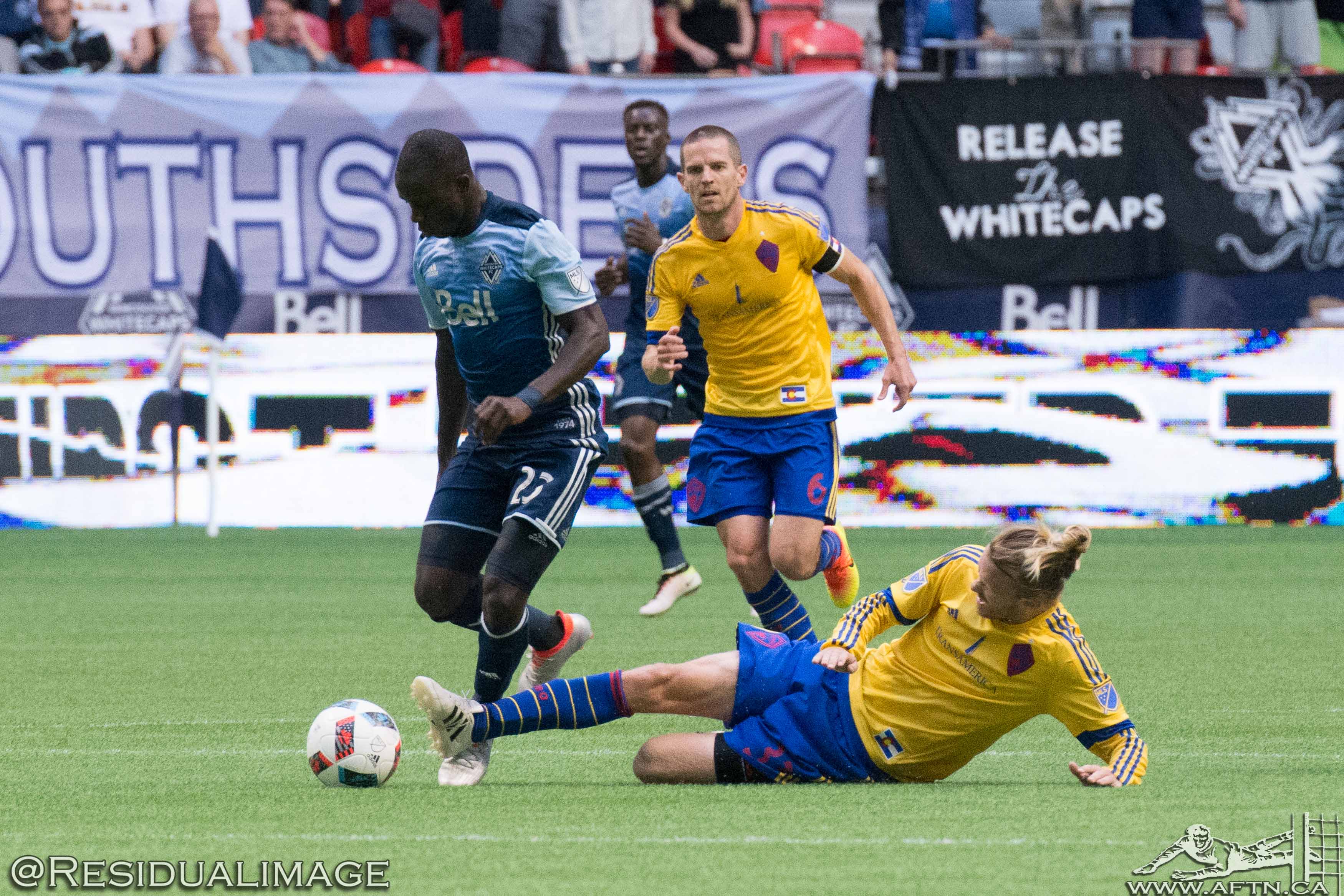 The beginning of the end of Kekuta Manneh’s night 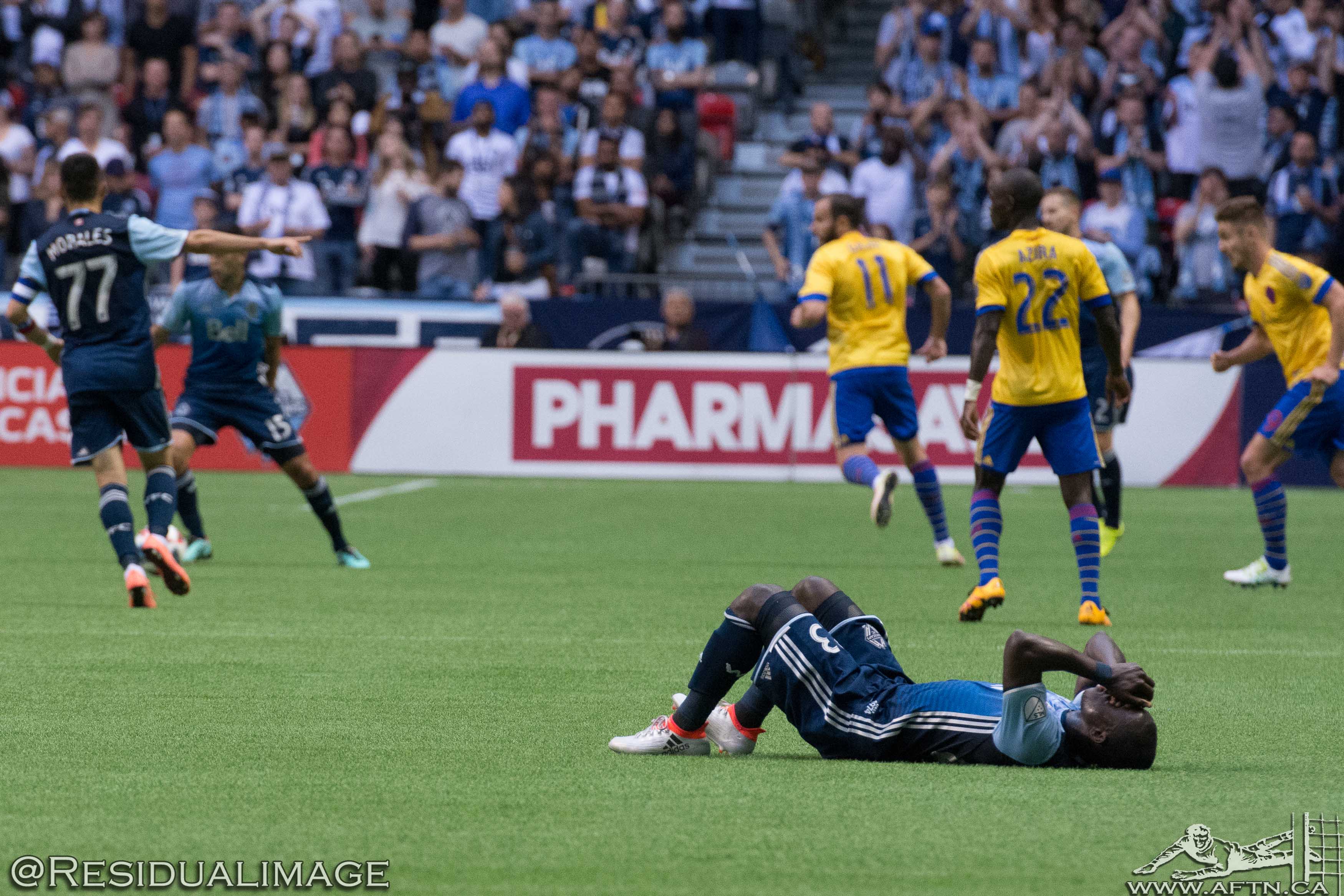 Moments later he was flat on his back in pain 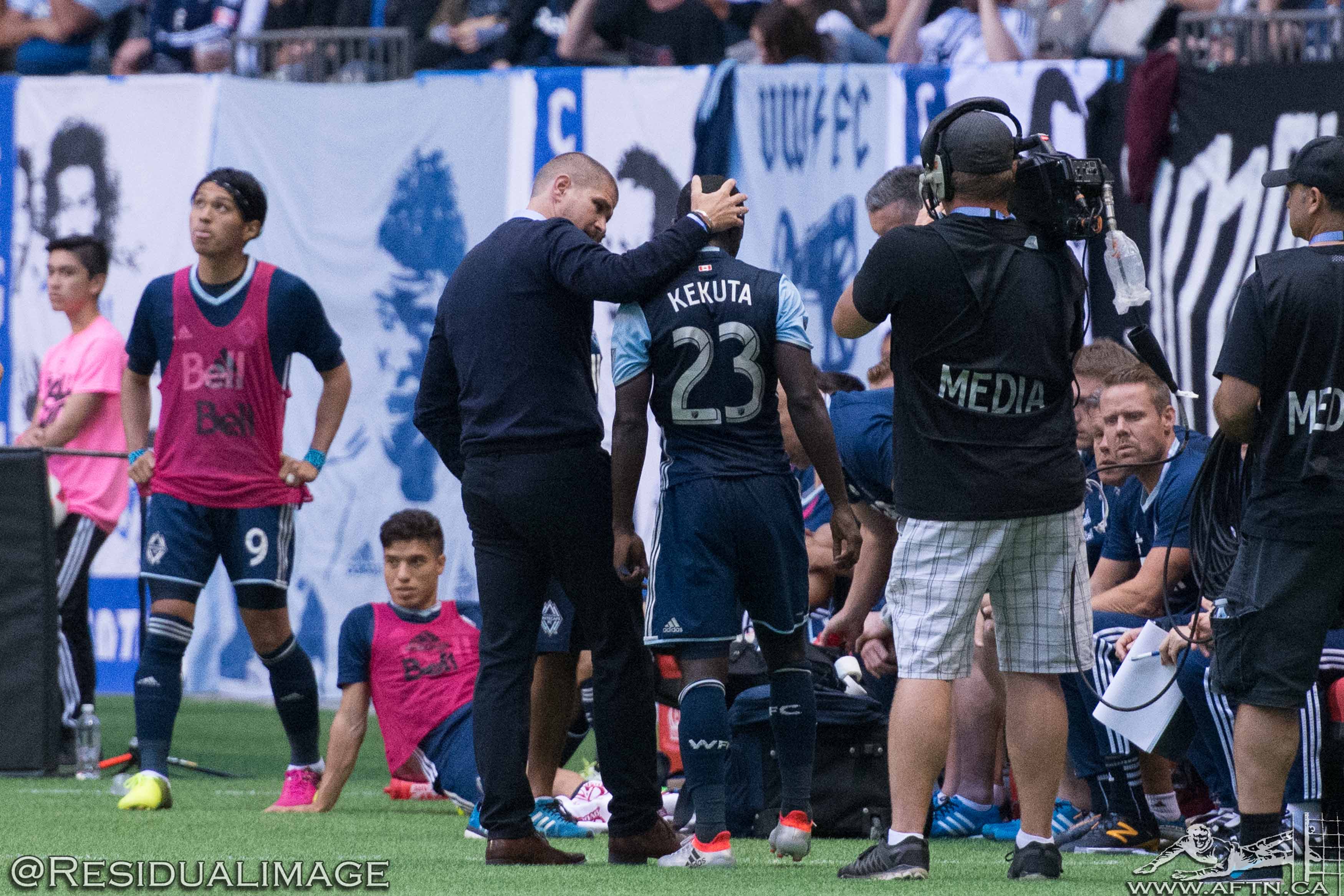 Finally limping off two minutes before half time 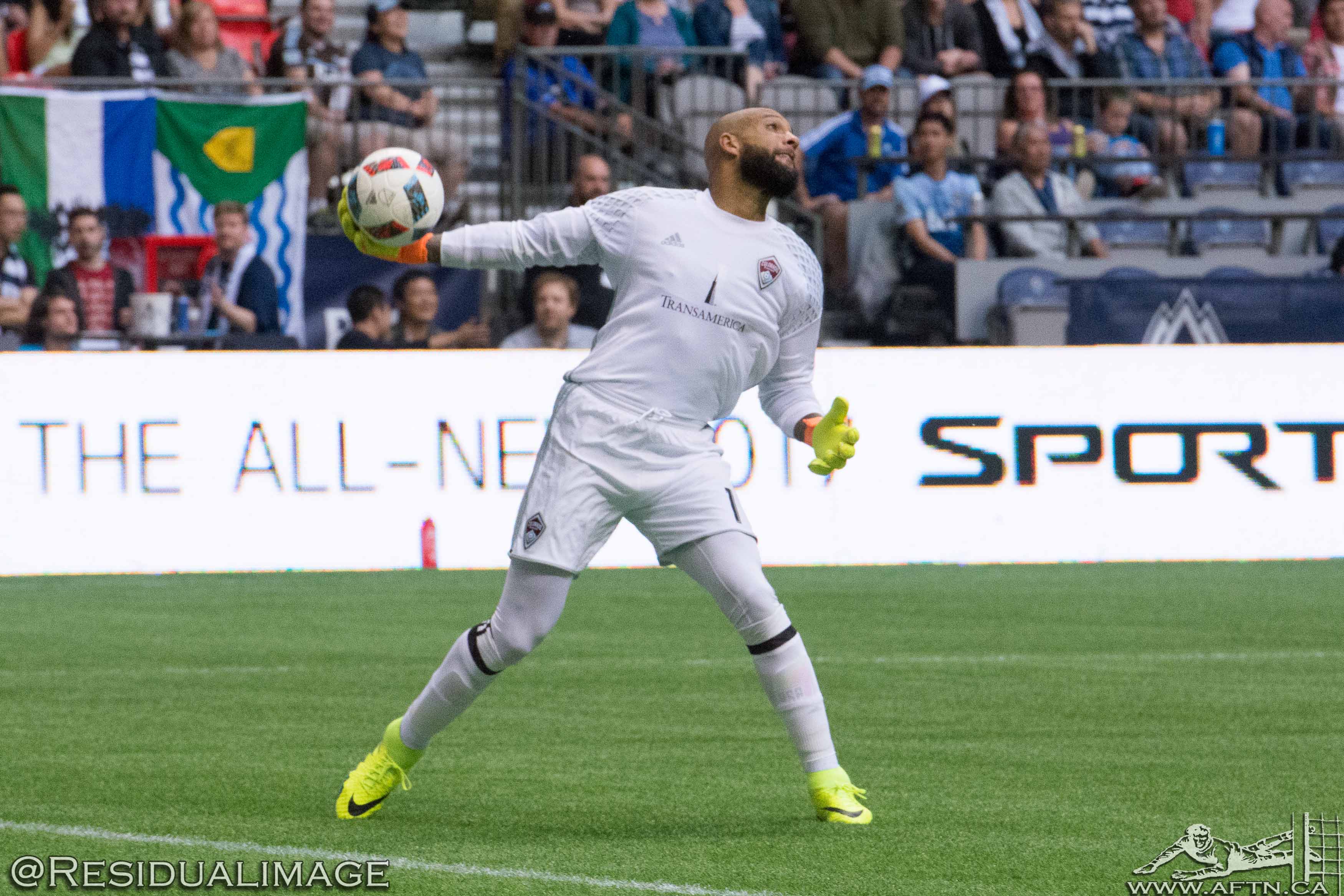 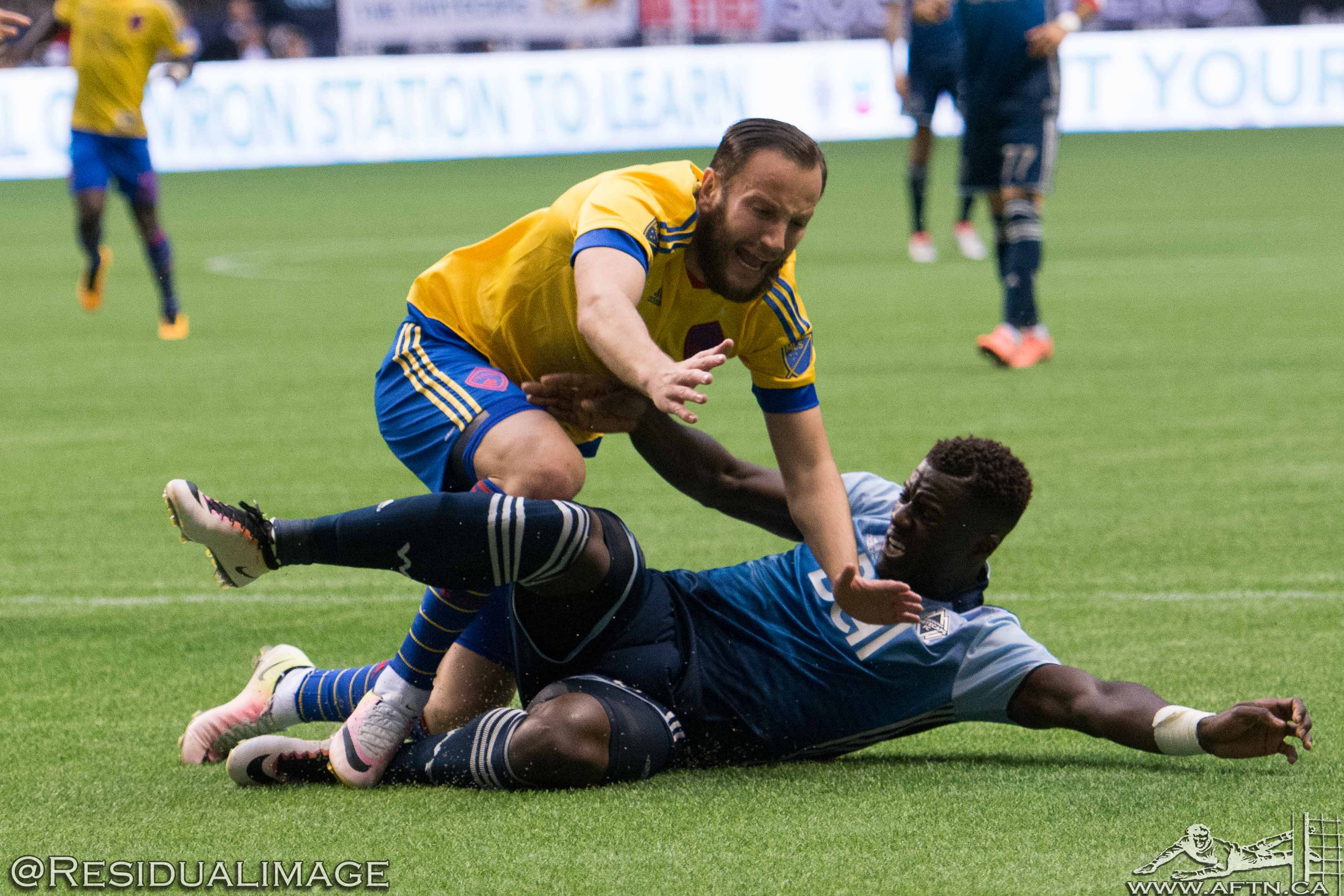 This just looks like a painful mangling of legs 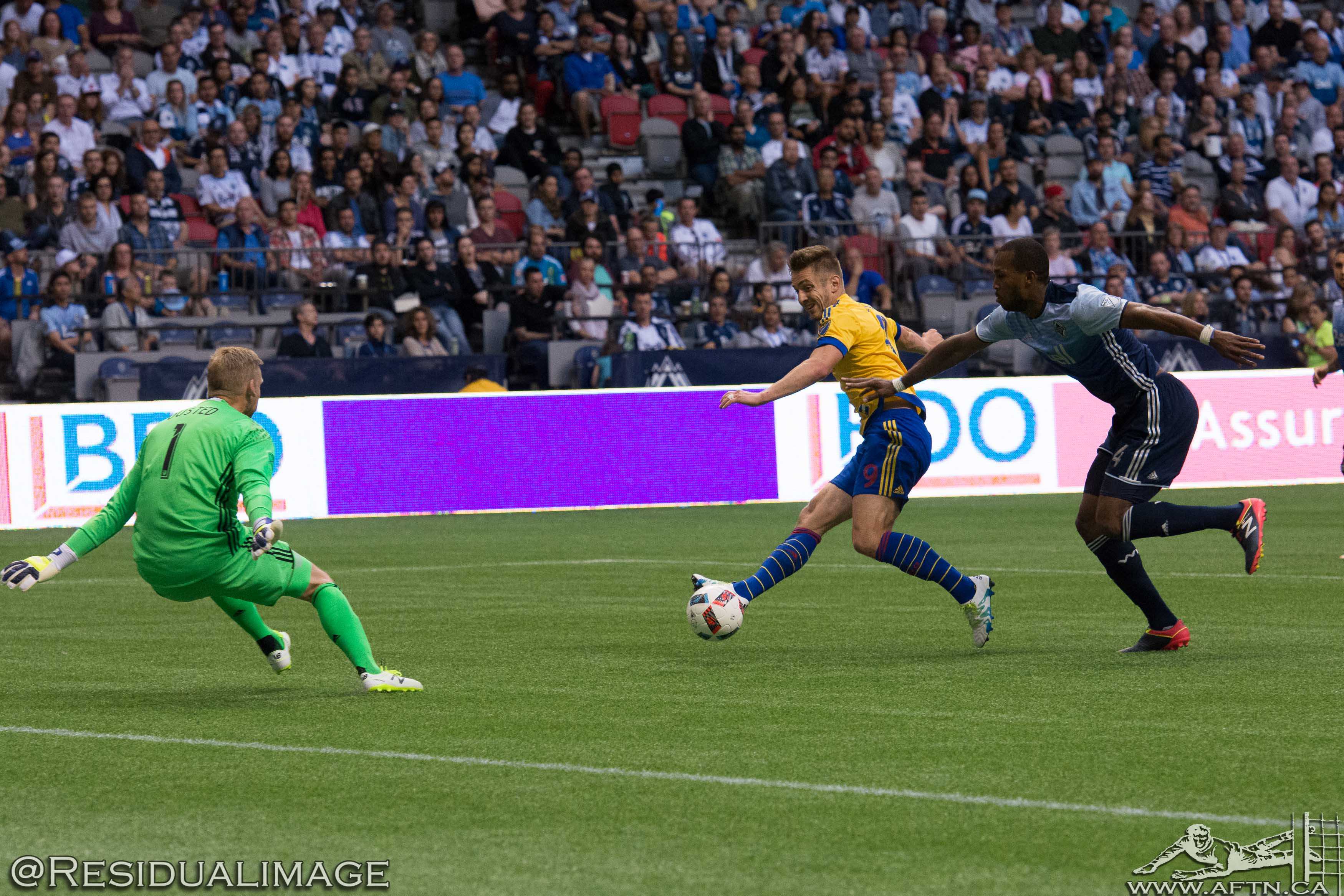 As the hour mark approach Kevin Doyle is played in 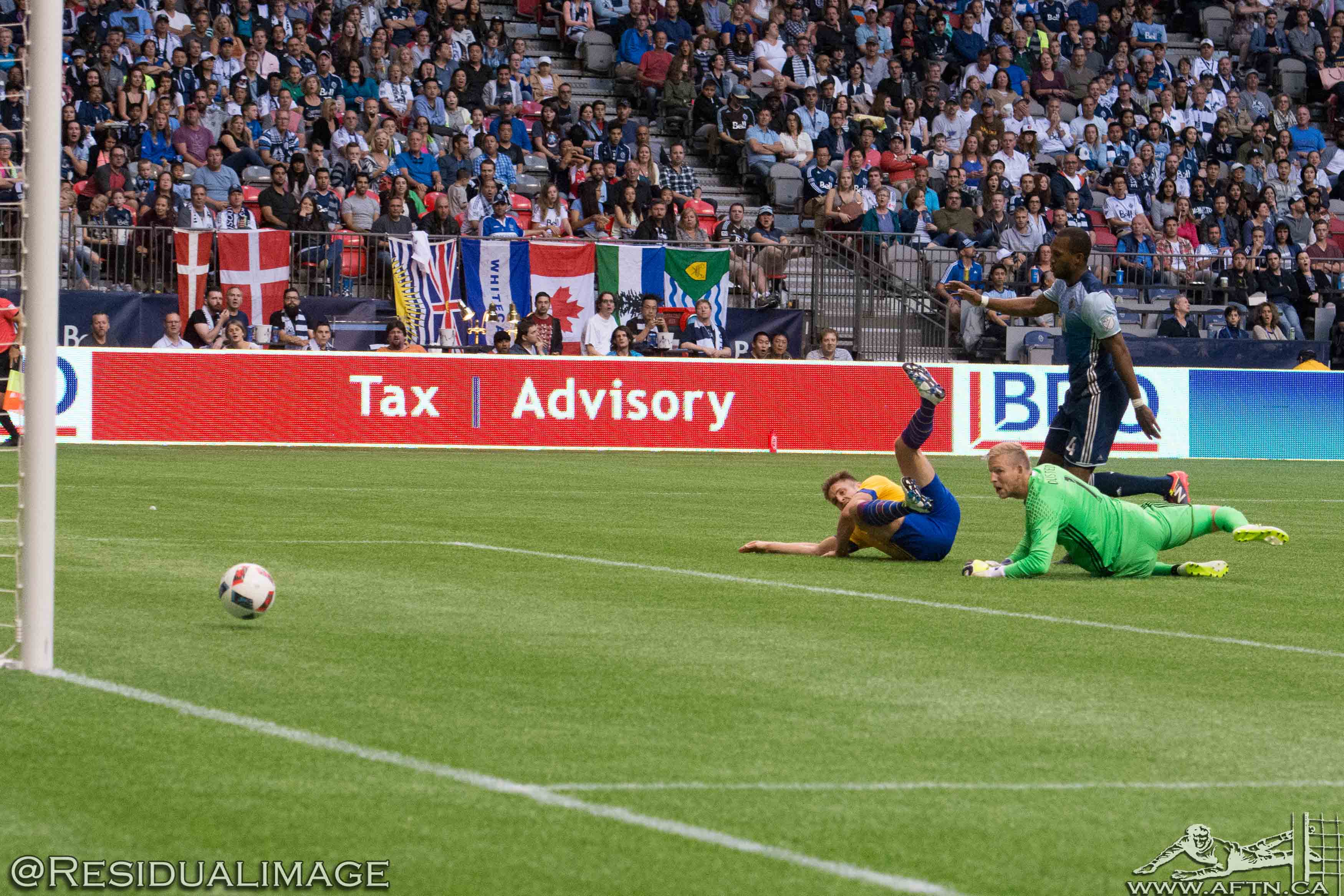 And the Irishman clinically finishes past David Ousted 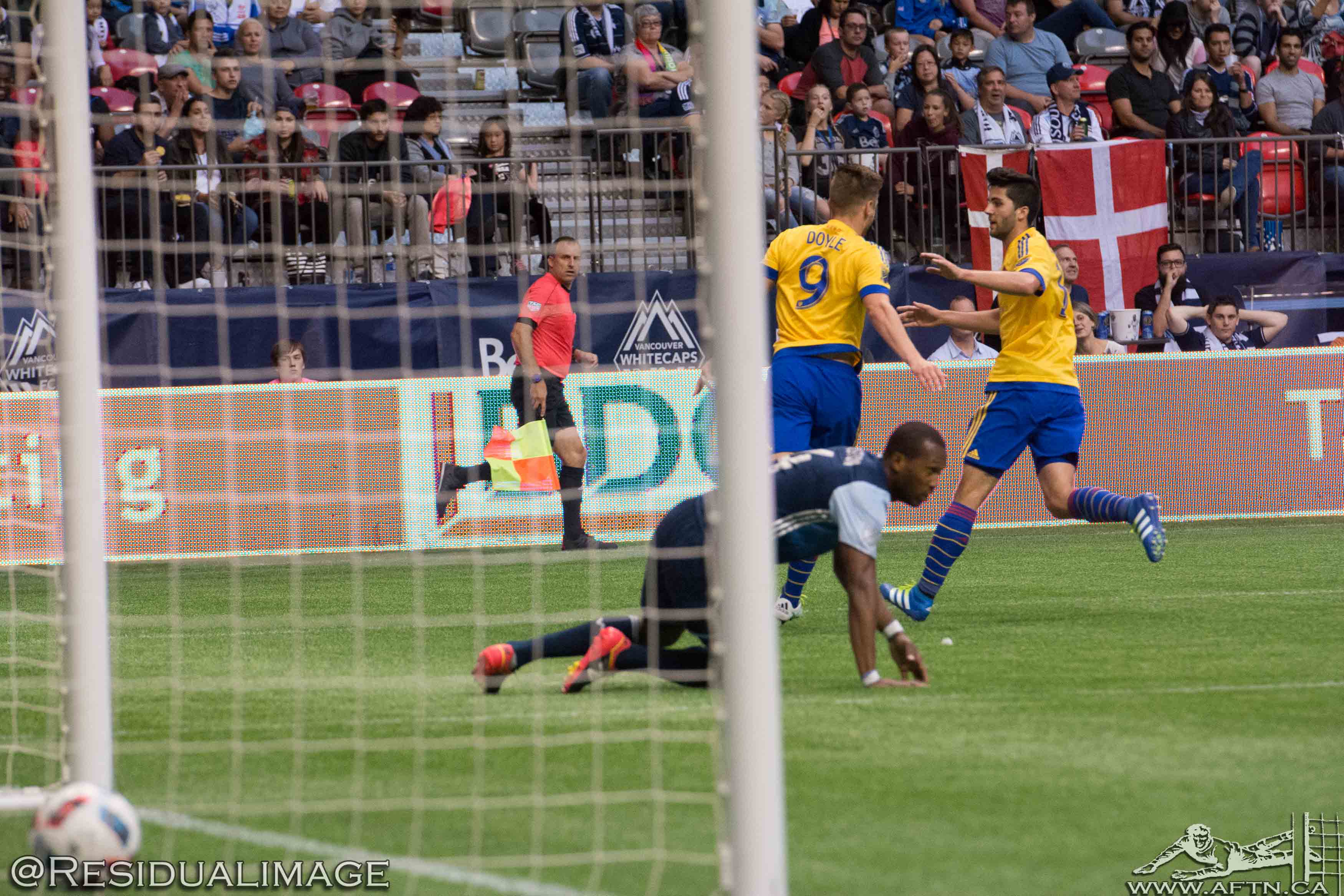 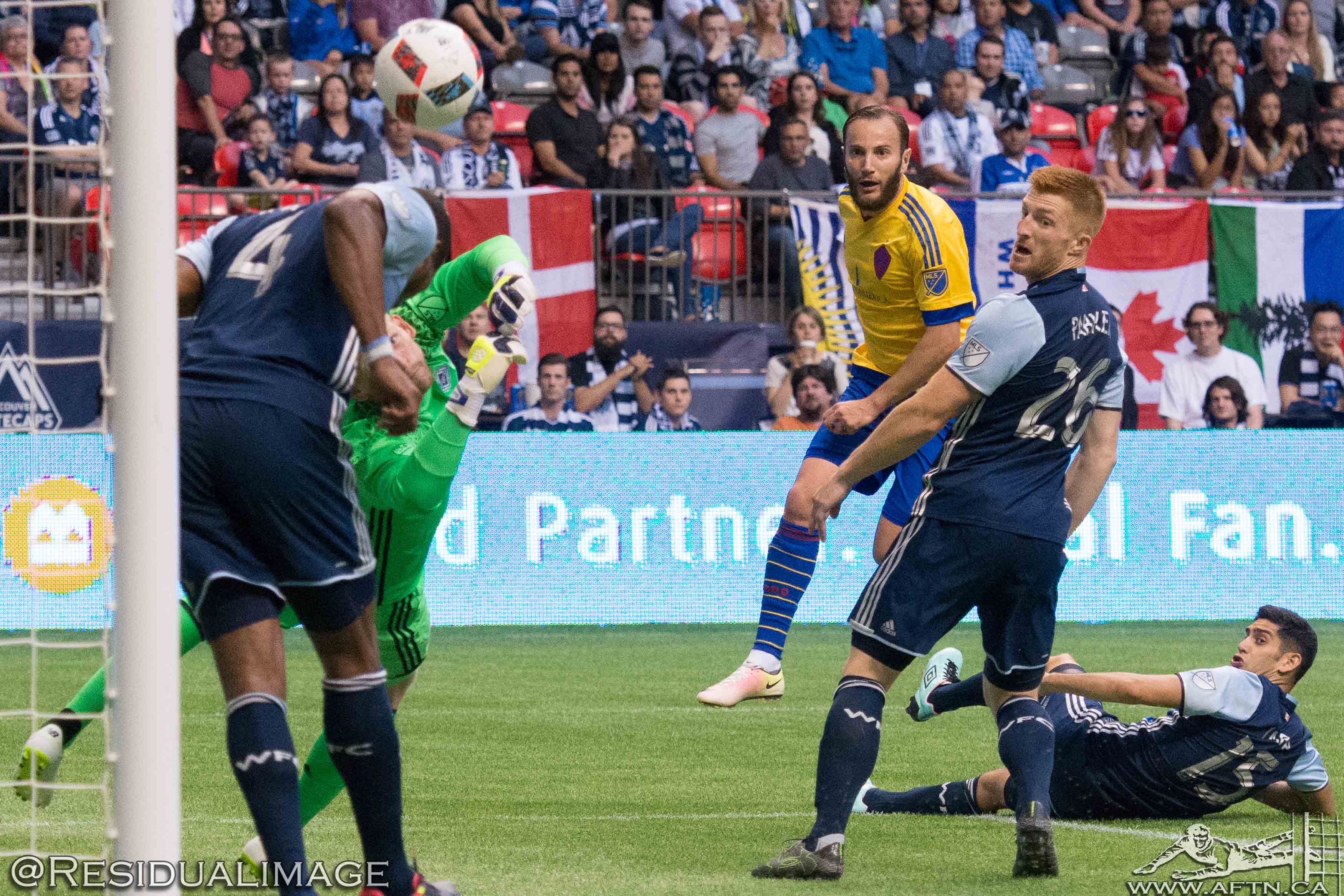 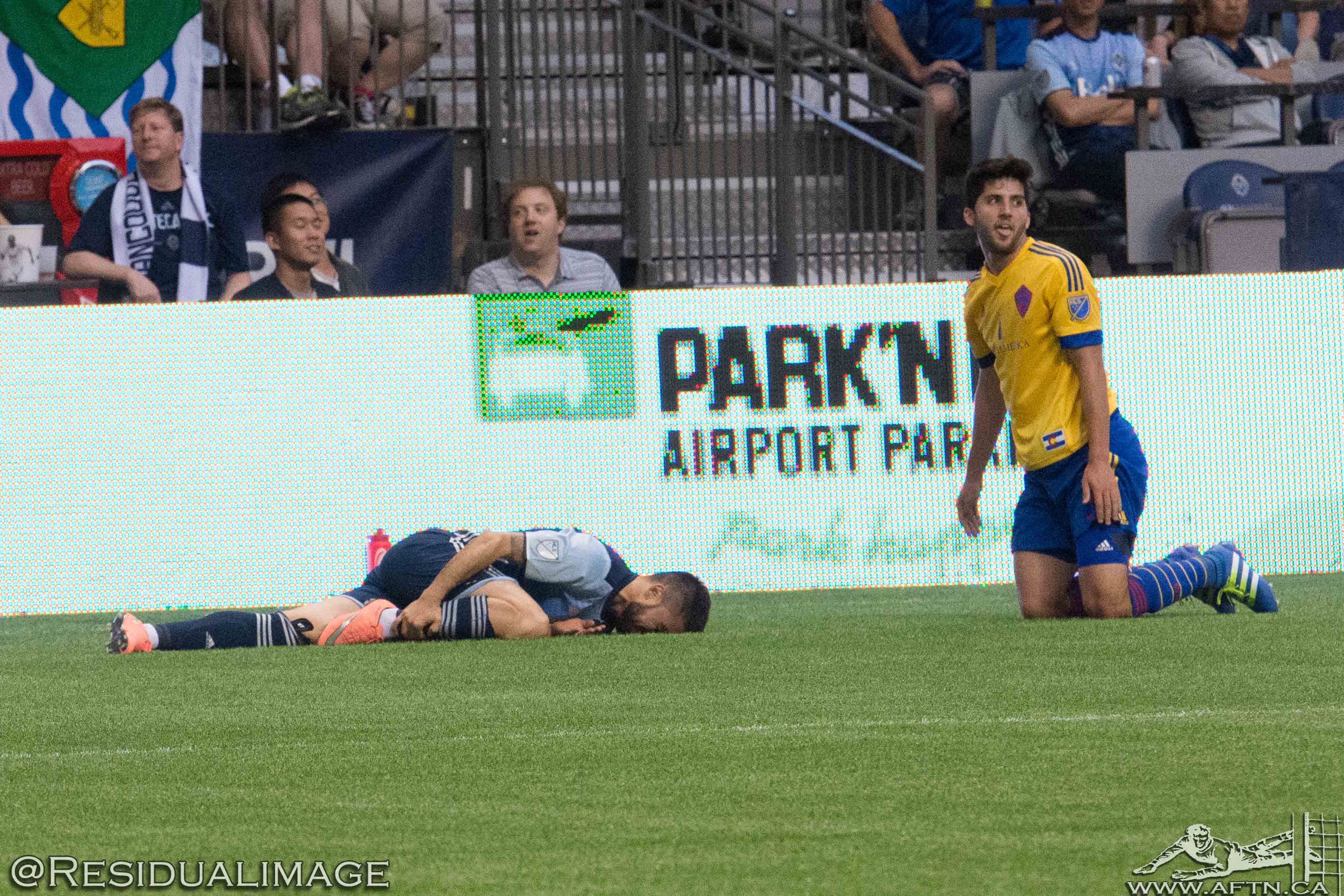 The turning point, or so we thought, as Eric Miller goes through Pedro Morales in the 71st minute 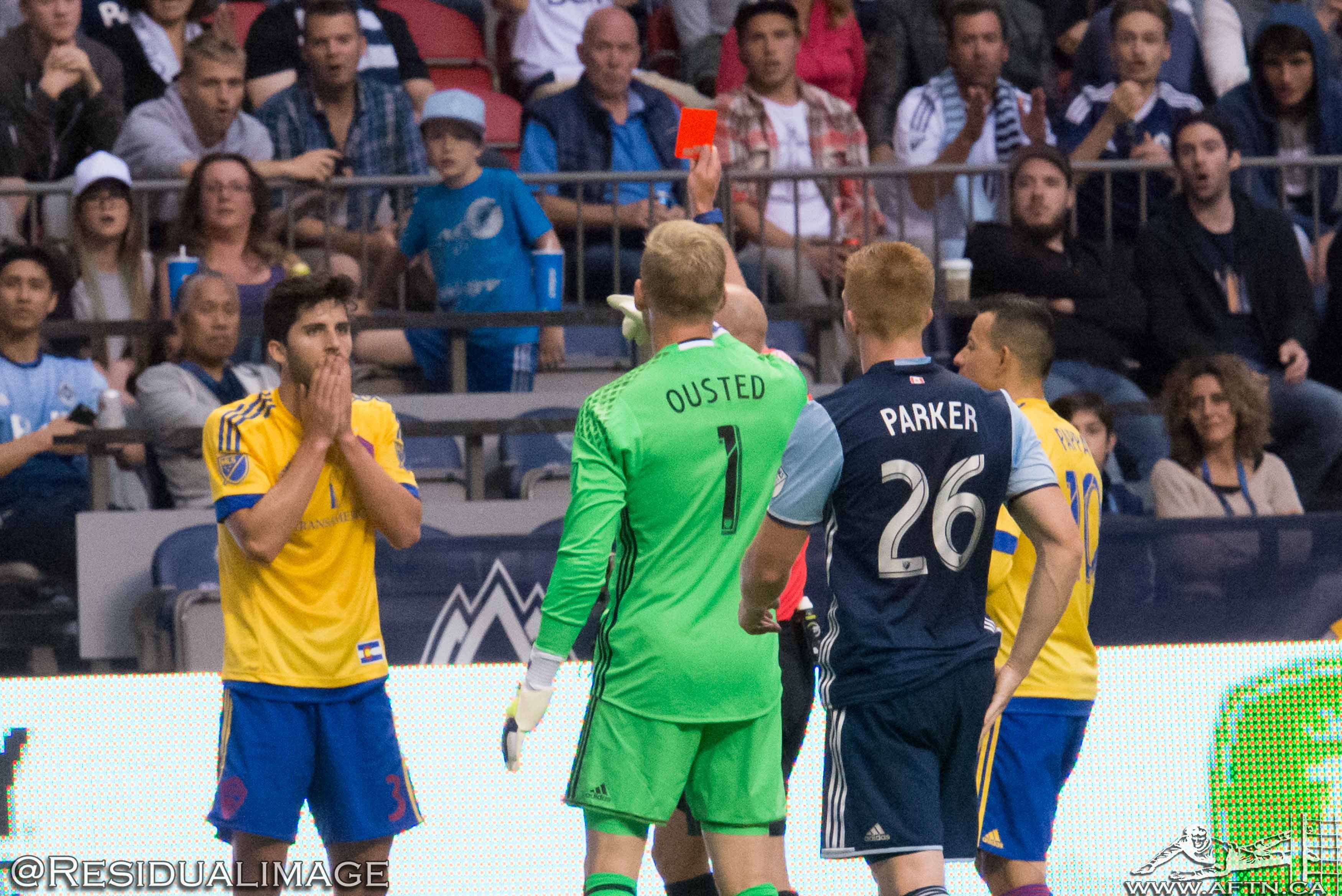 Bringing out a straight red from referee Allan Chapman 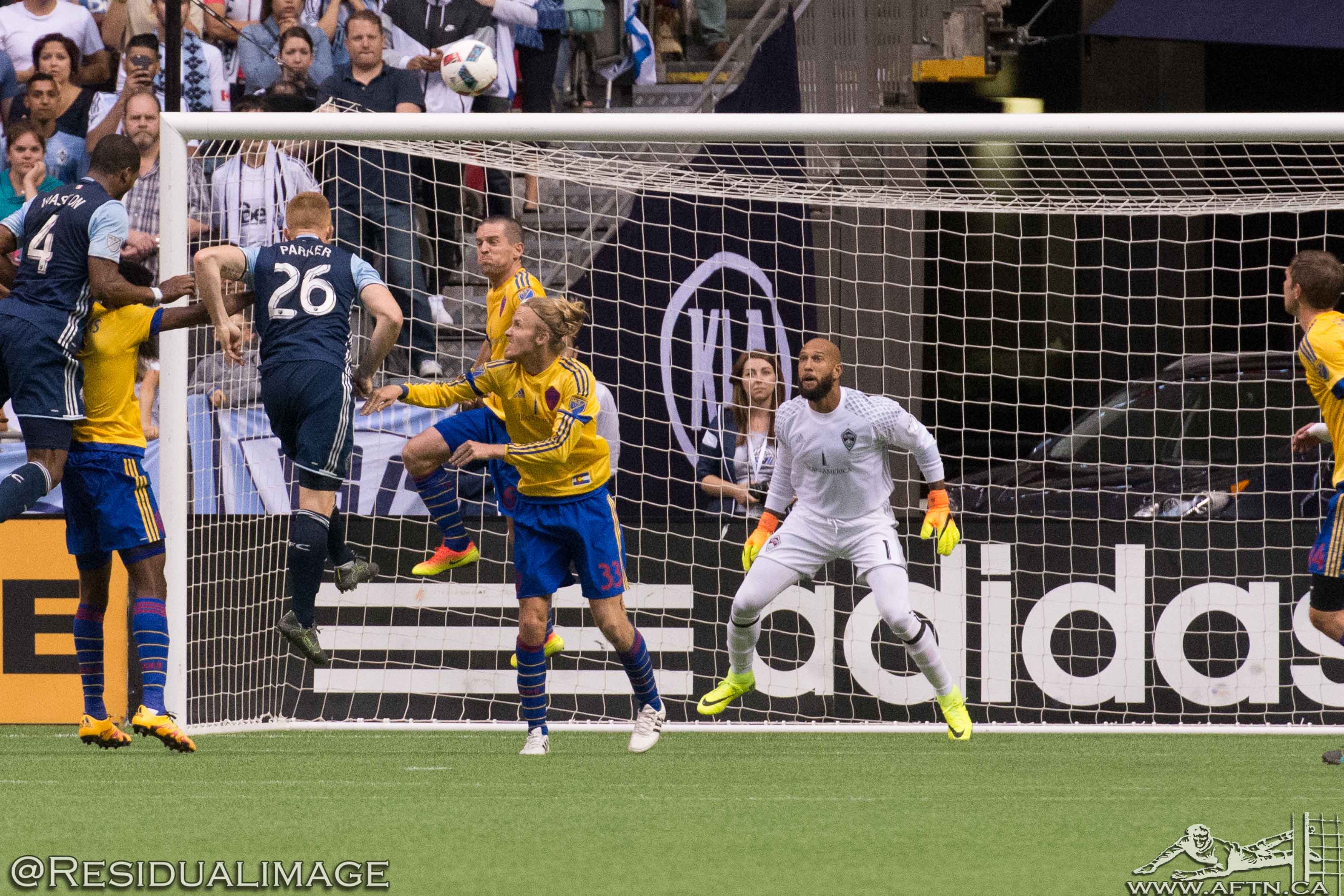 The ‘Caps sense blood and Tim Parker heads narrowly over Then with three minutes remaining, Cristian Techera is pulled back in the box and goes down – Penalty! 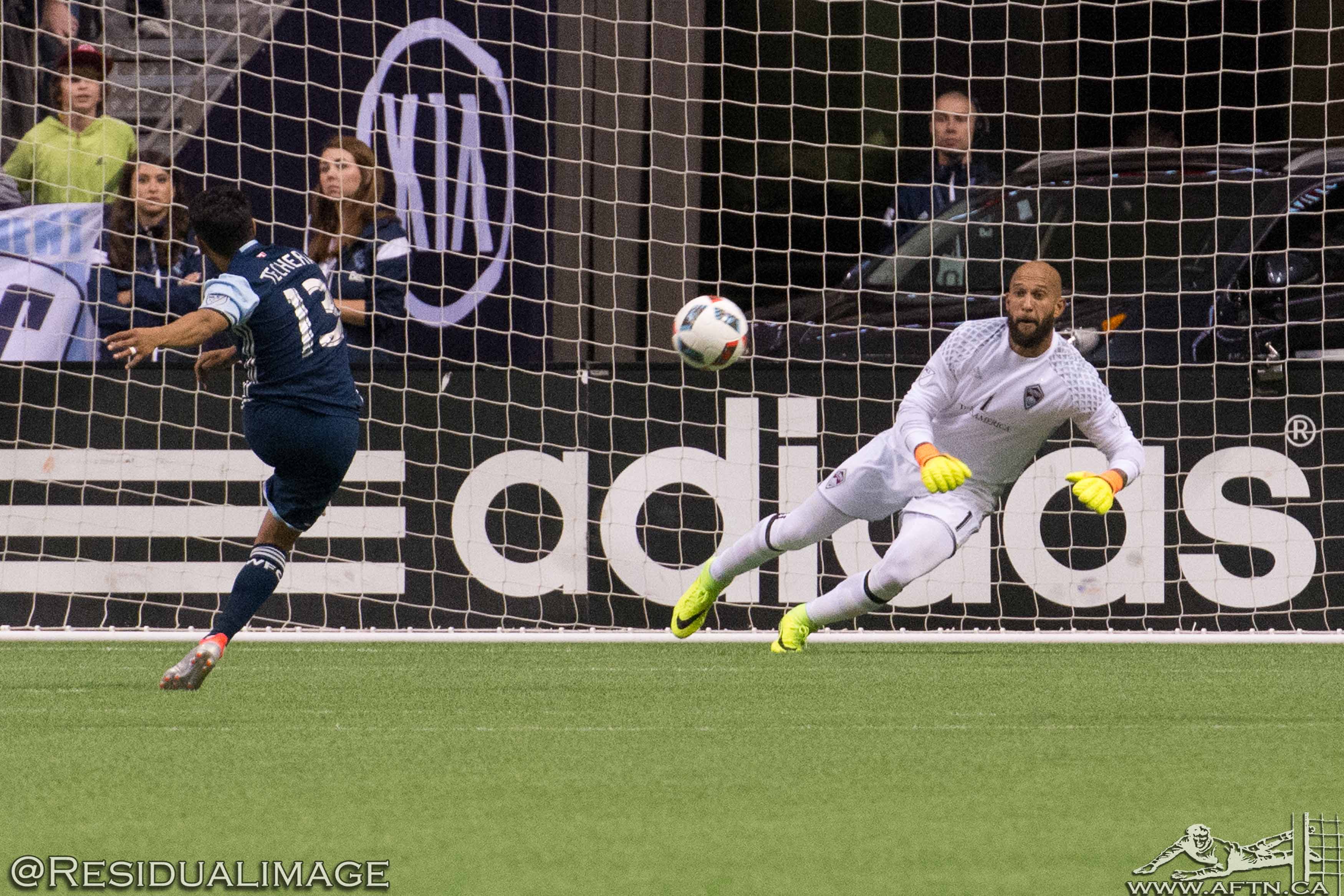 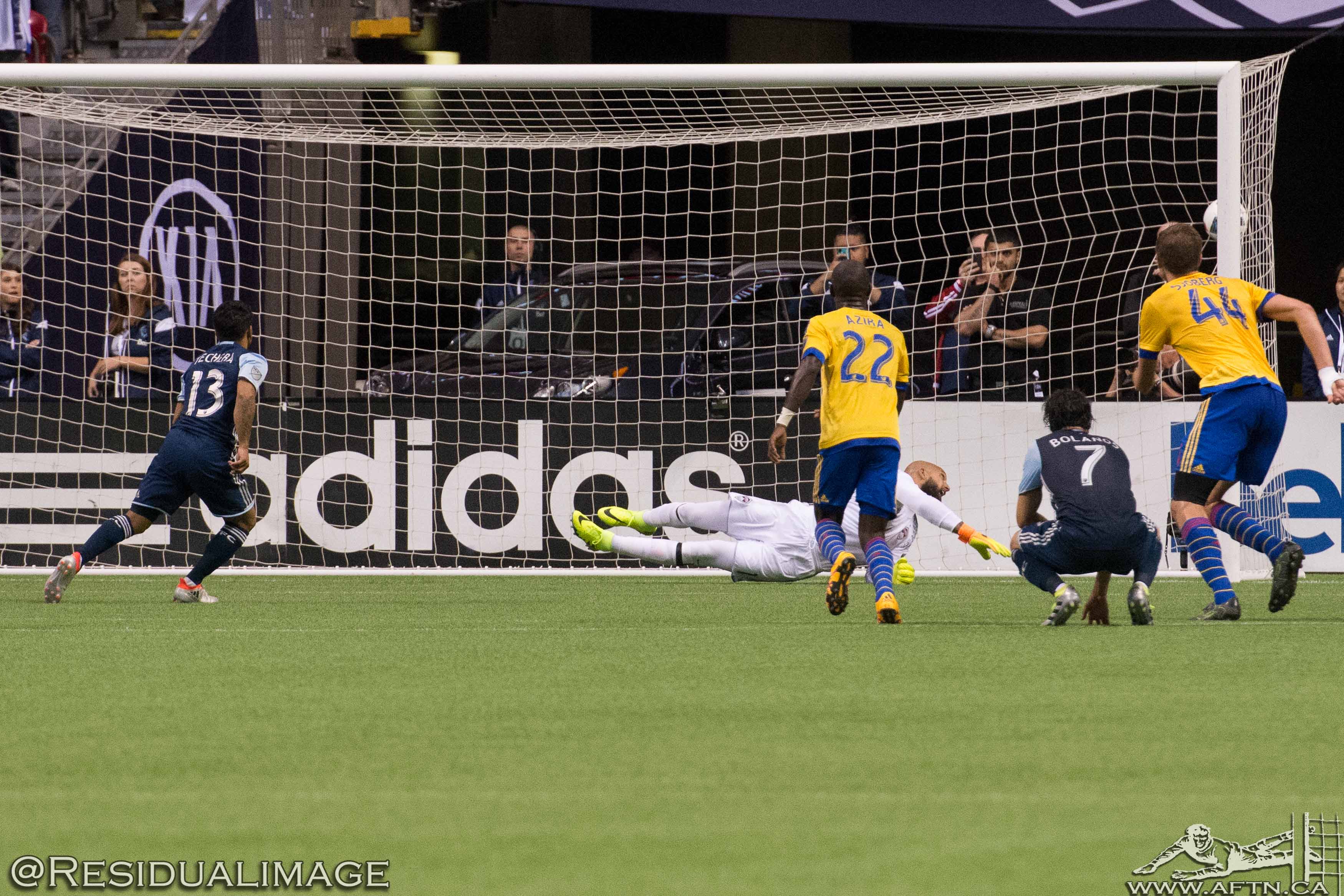 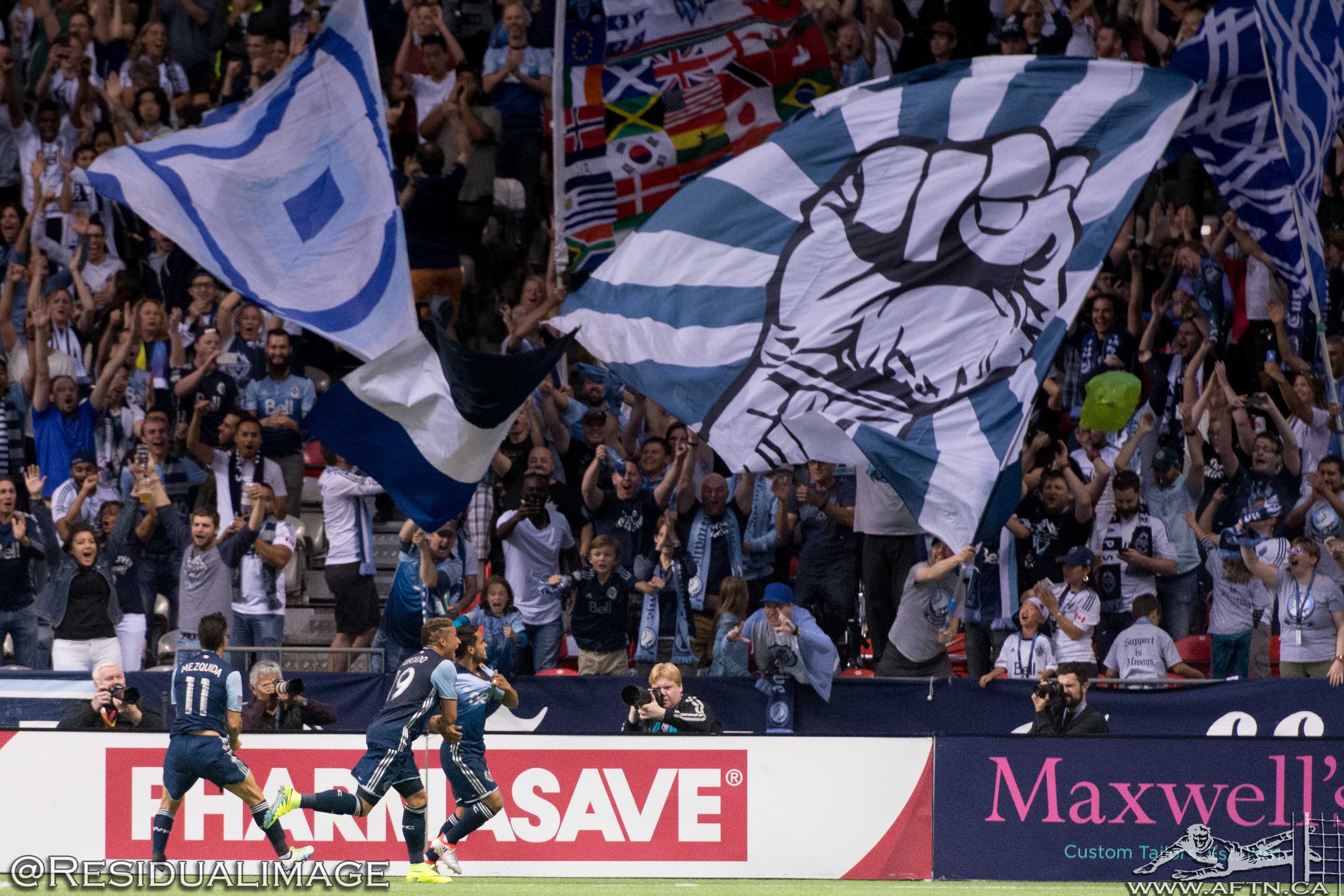 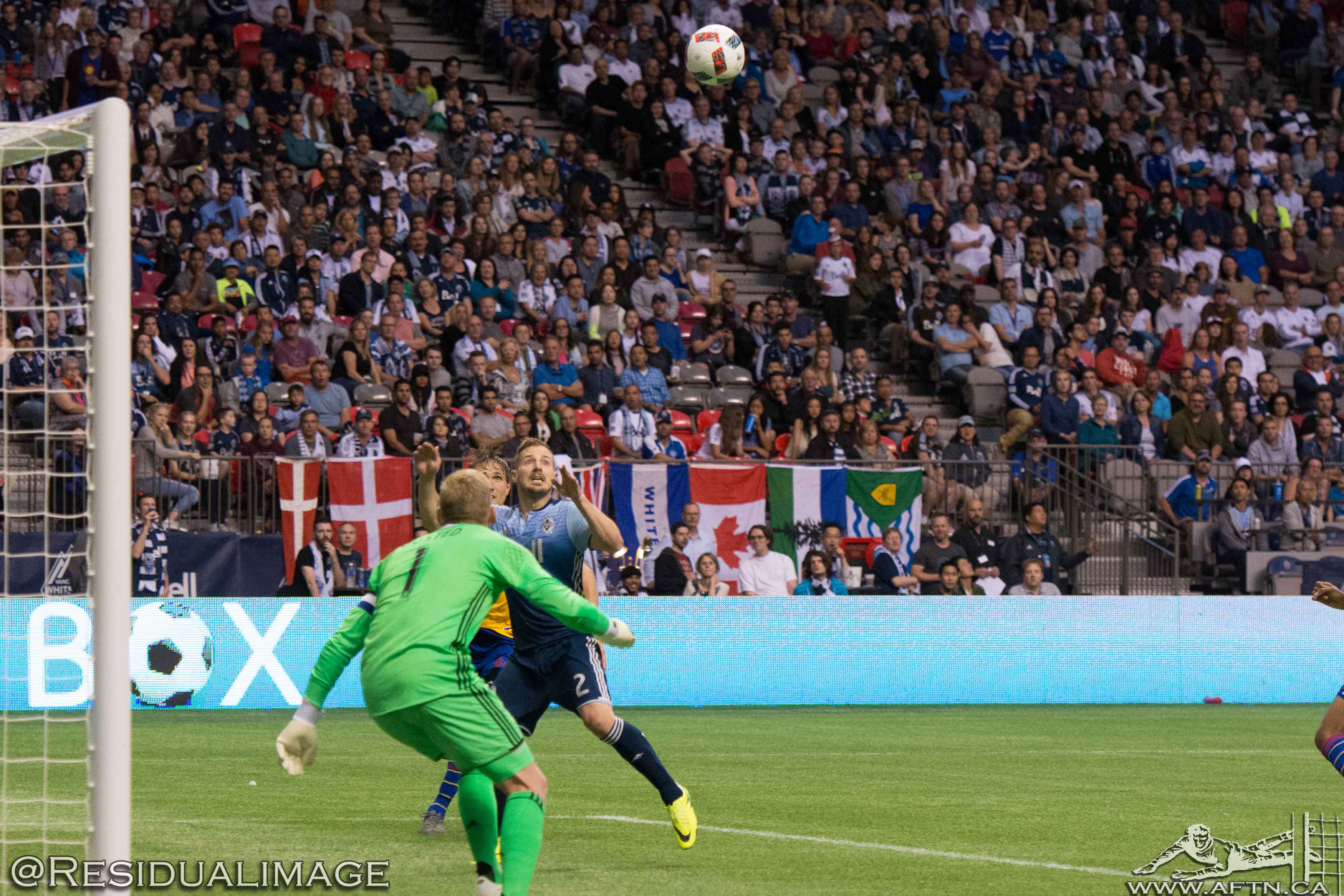 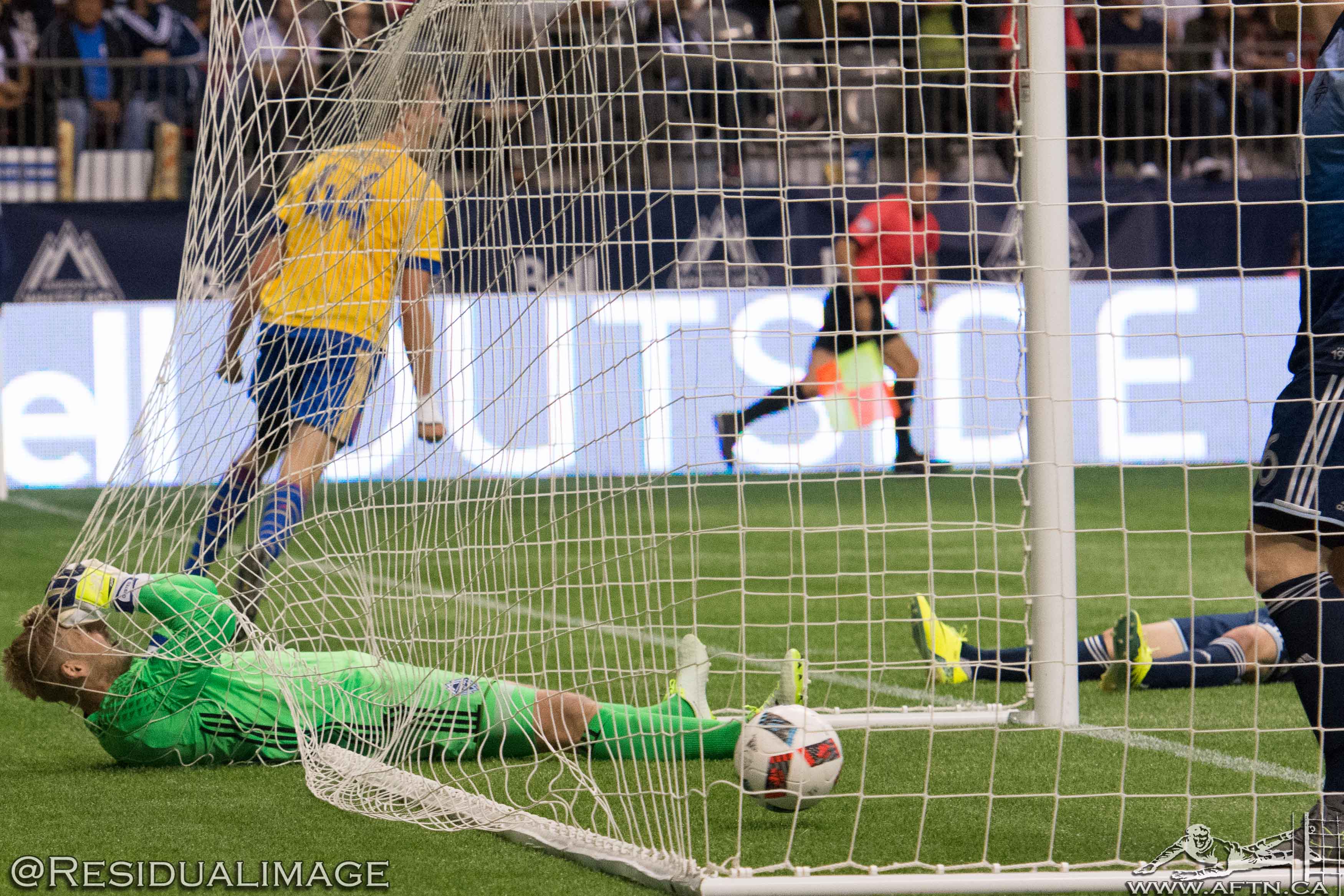 Finding Axel Sjoberg at the back post and he heads home the dramatic late equaliser, leaving the ‘Caps floored 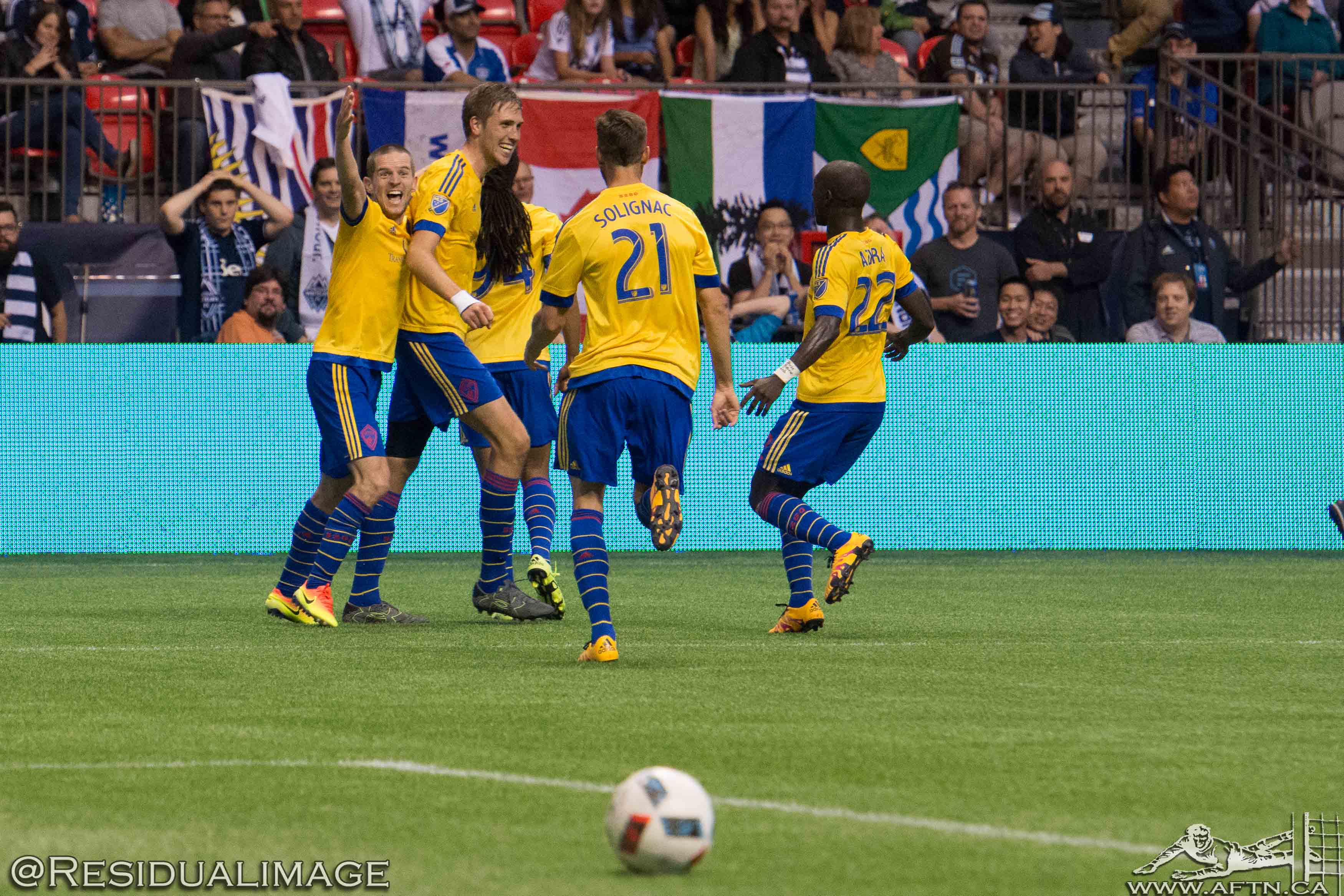 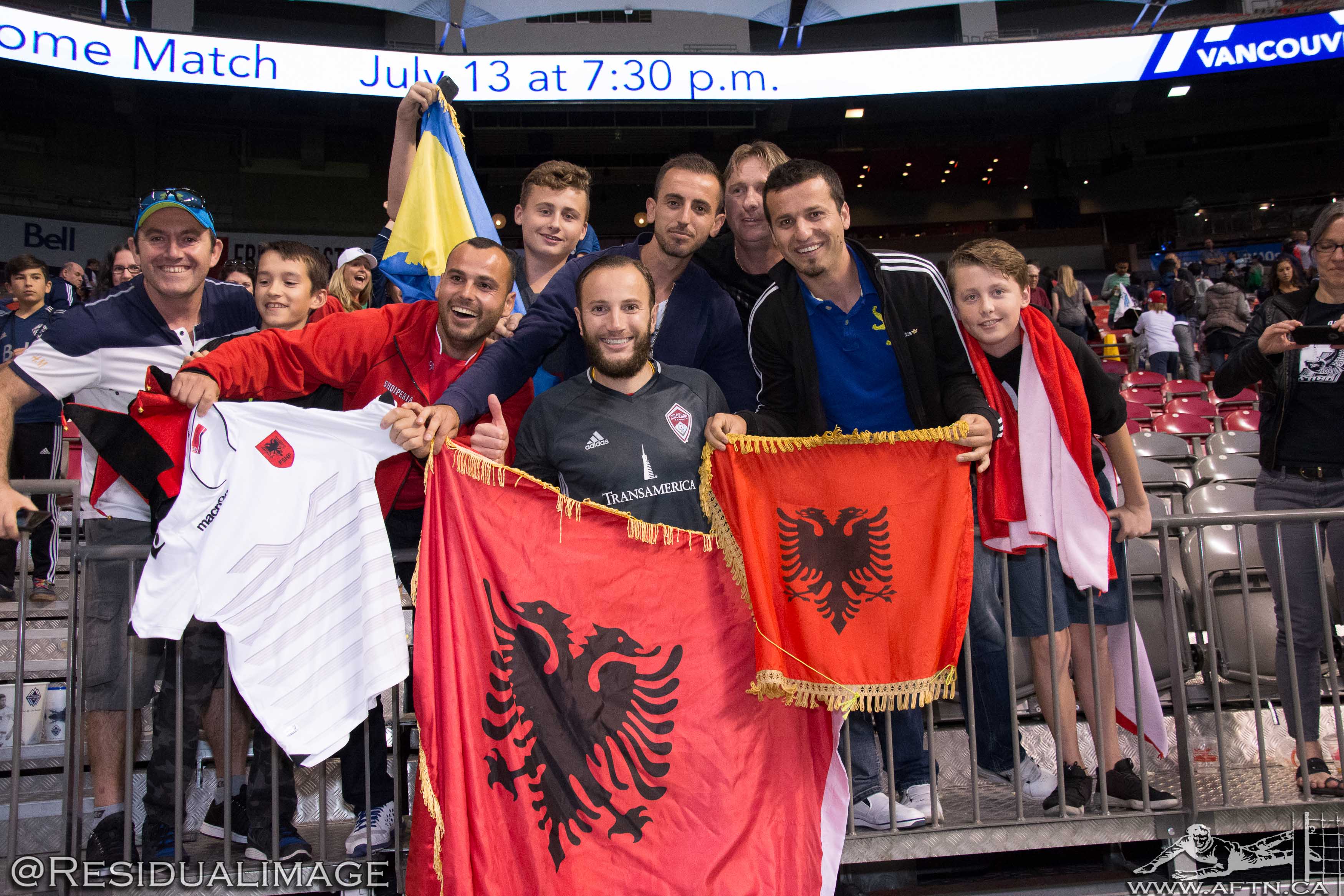 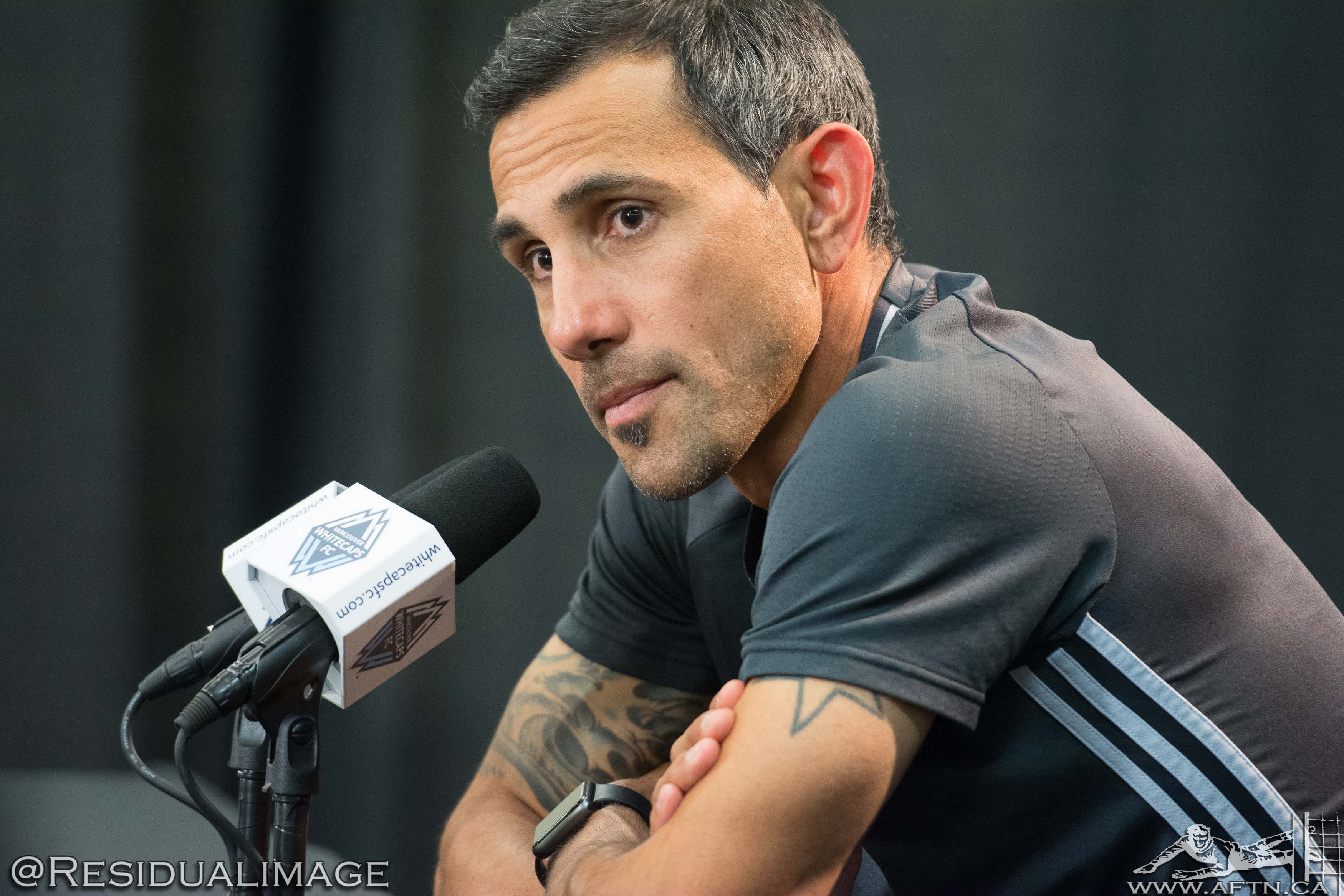 Surely the MLS Coach of the Year