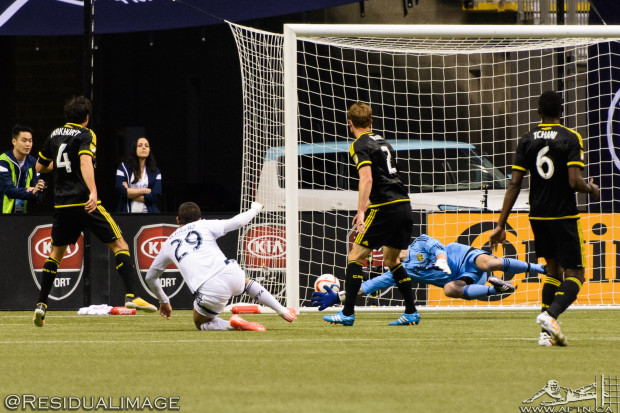 Glass half full – unbeaten in five now and twice fighting back from behind to grab a hard earned point.

Glass half empty – two points dropped at home, sloppy defensive work and more chances squandered in a game they should have won.

Which side of the glass do you come down on?

Whatever it is, there’s no getting away from the fact that Wednesday’s match was a highly entertaining affair from two teams that like to play attacking football while perhaps sometimes forgetting that they also need to defend in games as well.

A Kei Kamara brace was cancelled out twice by first Octavio “He scores when he wants” Rivero and Darren “He scores when he hits the target” Mattocks, but the Whitecaps late onslaught certainly should have seen them come away with all three points. 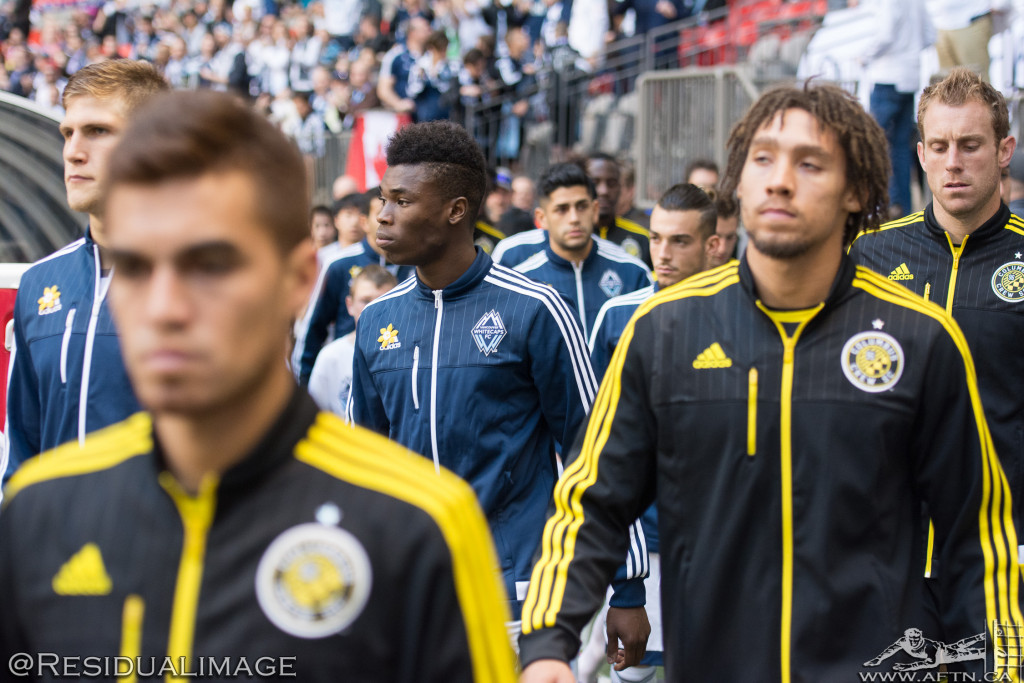 The teams come out 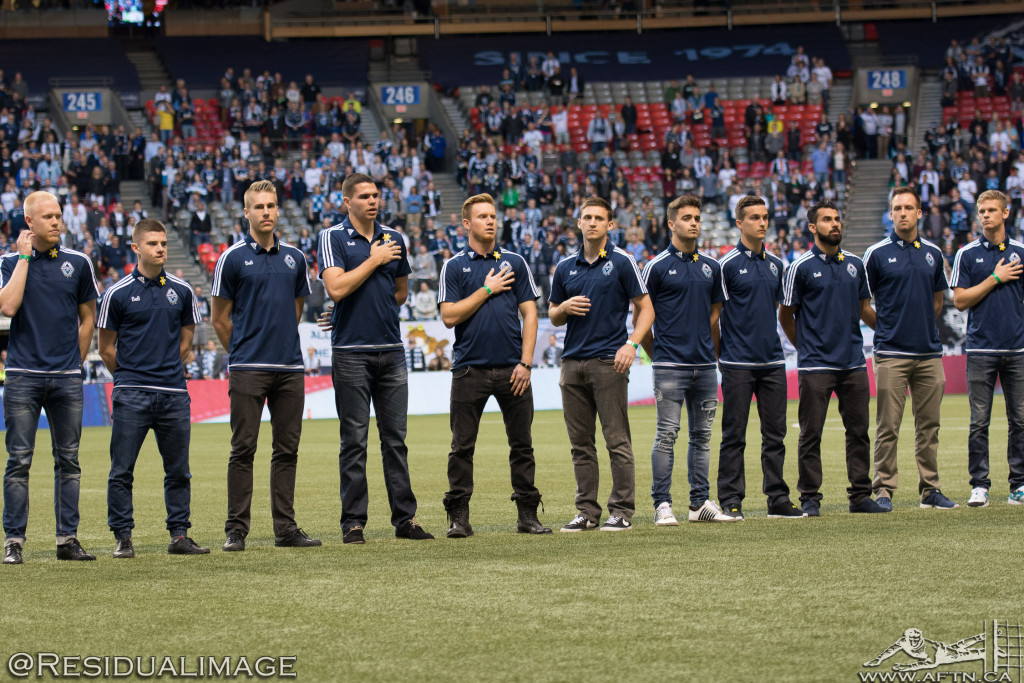 The WFC2 squad are also in the house 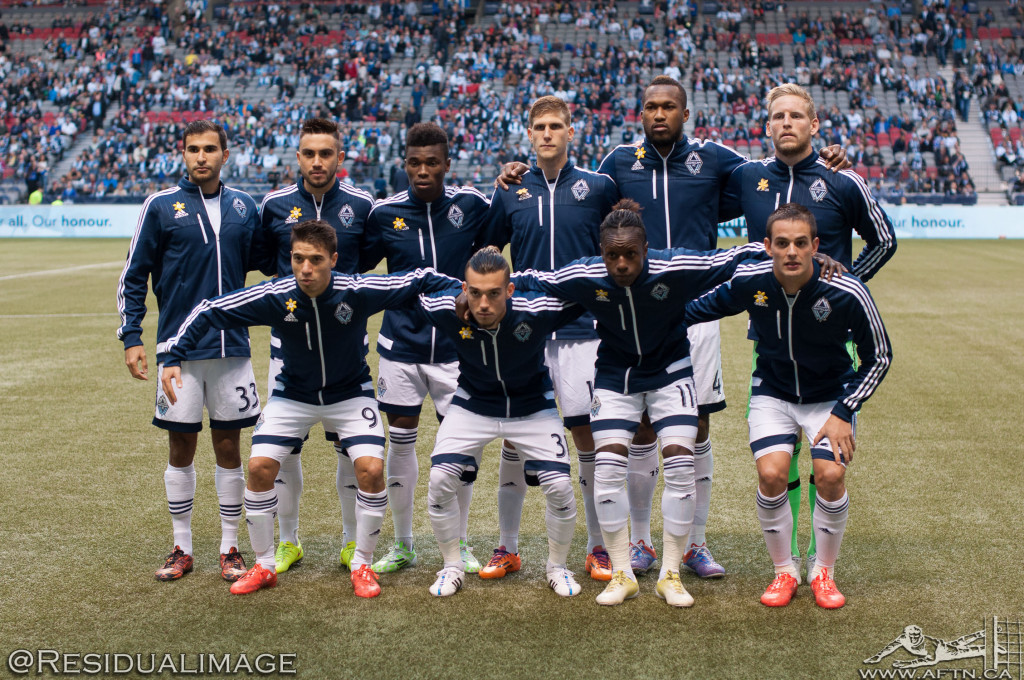 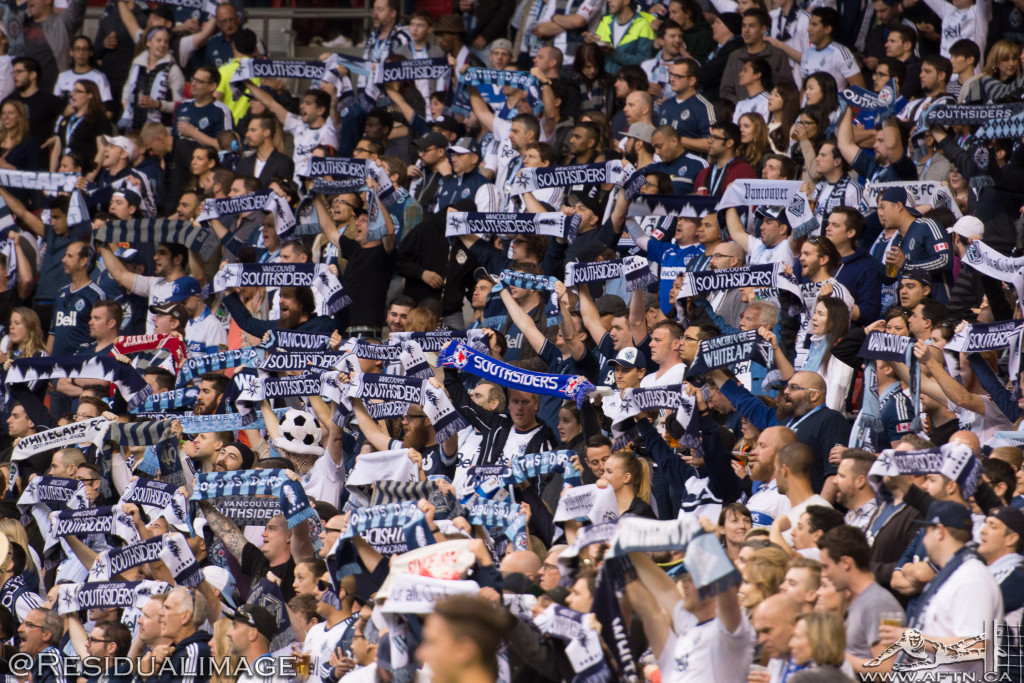 The Southsiders – scarves up and ready for battle 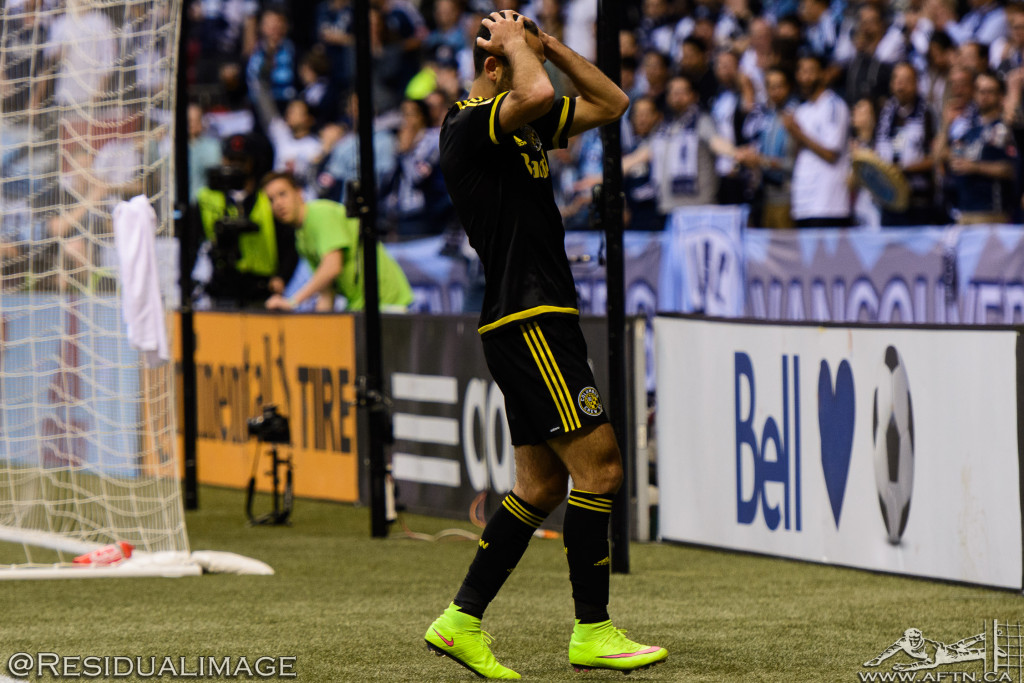 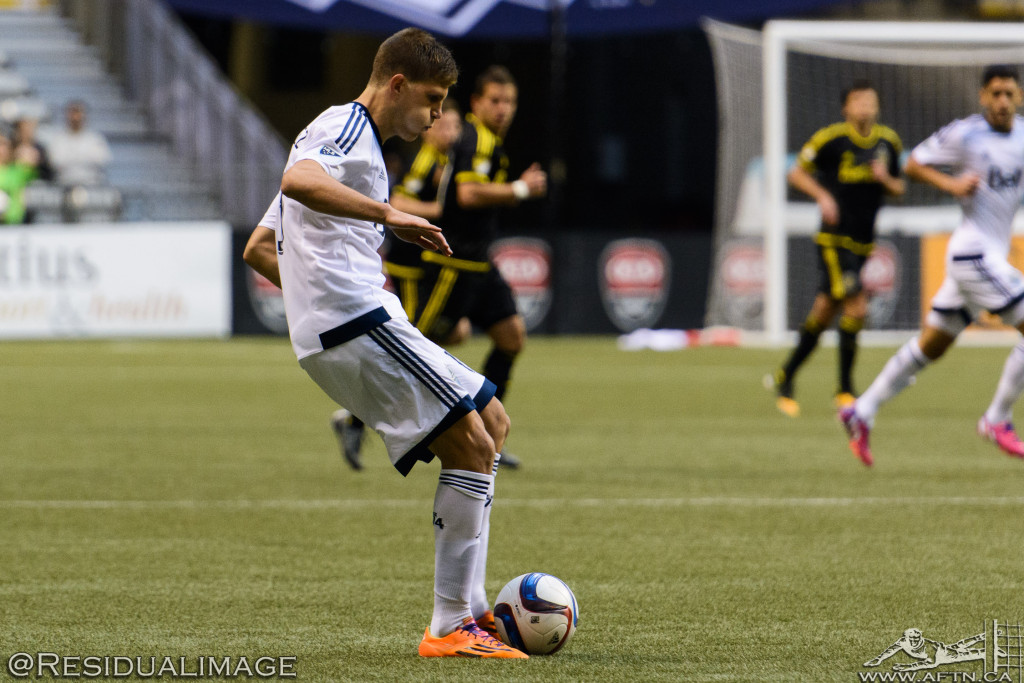 Uh oh, Diego Rodriguez has had groin trouble now in both his MLS games 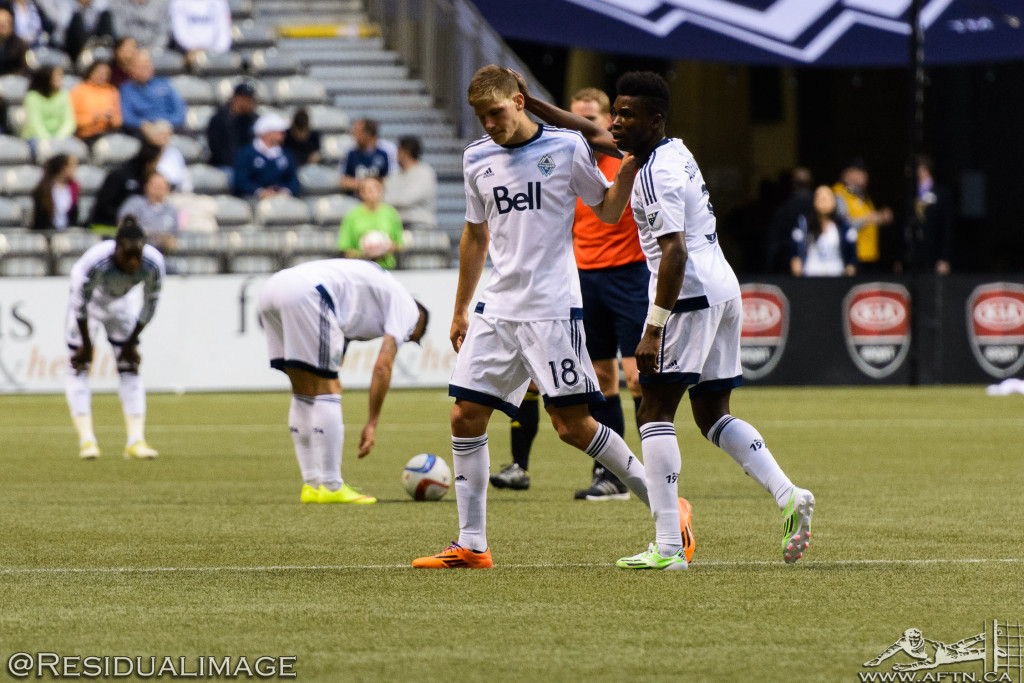 A tough early injury forces the talented Uruguayan out 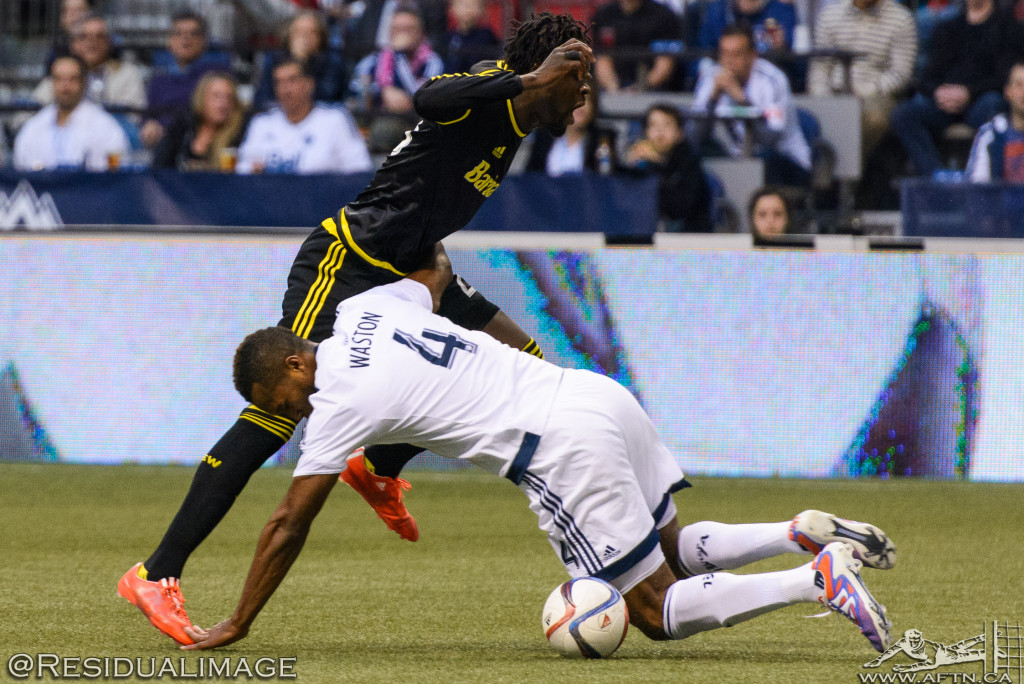 Um, that was never a foul… 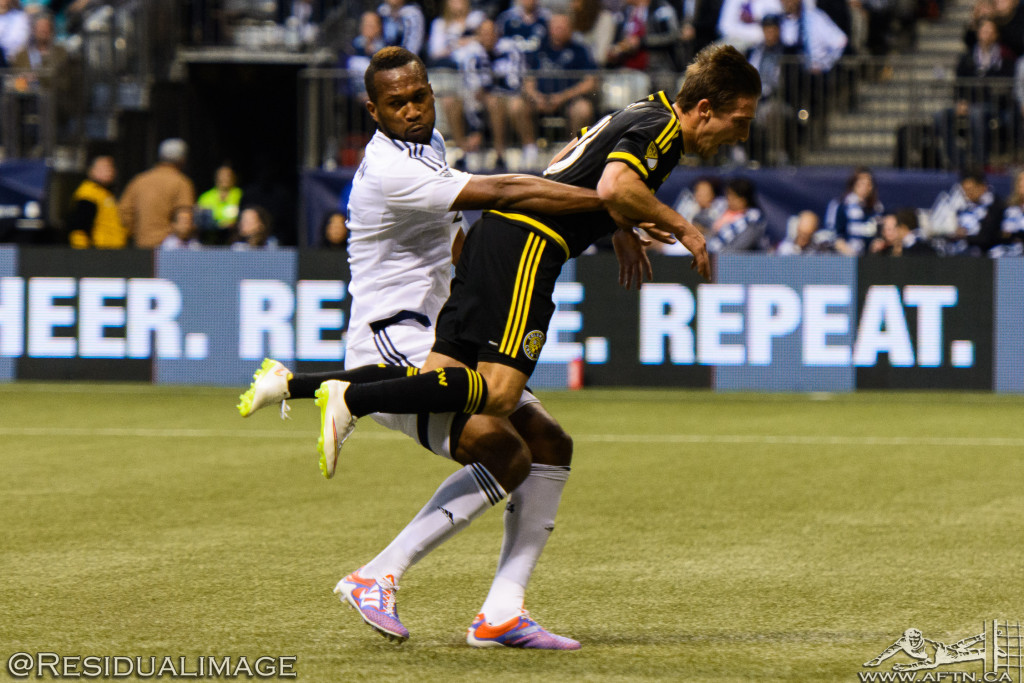 24 minutes in and as Columbus streak forward, Kendall Waston tackles Ethan Finlay but the ball breaks to Kei Kamara to slot home the opener. 1-0 Crew 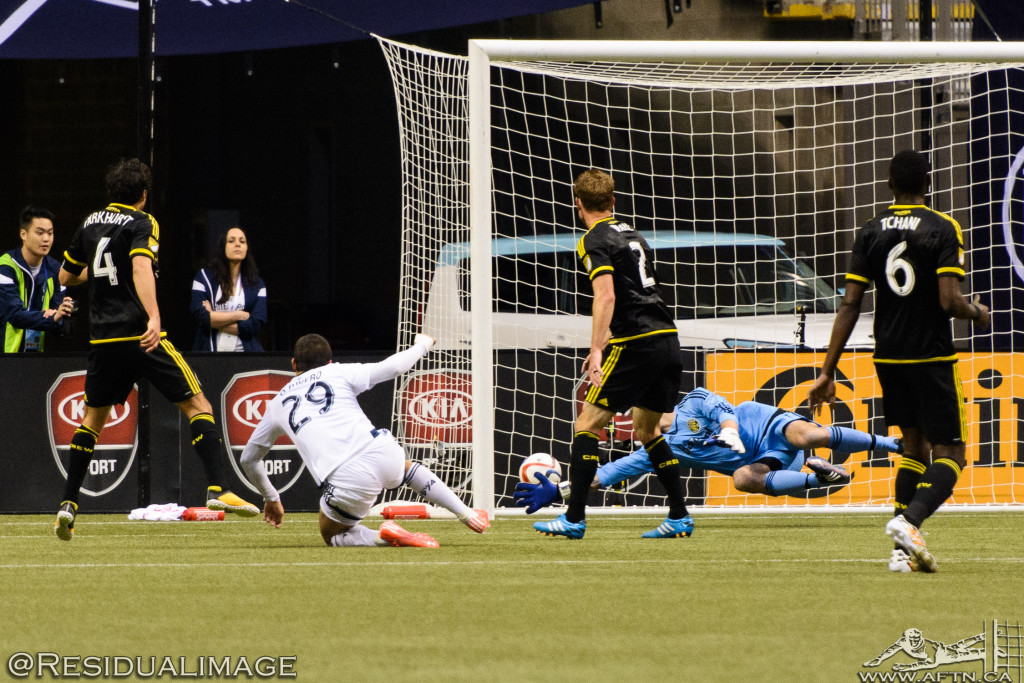 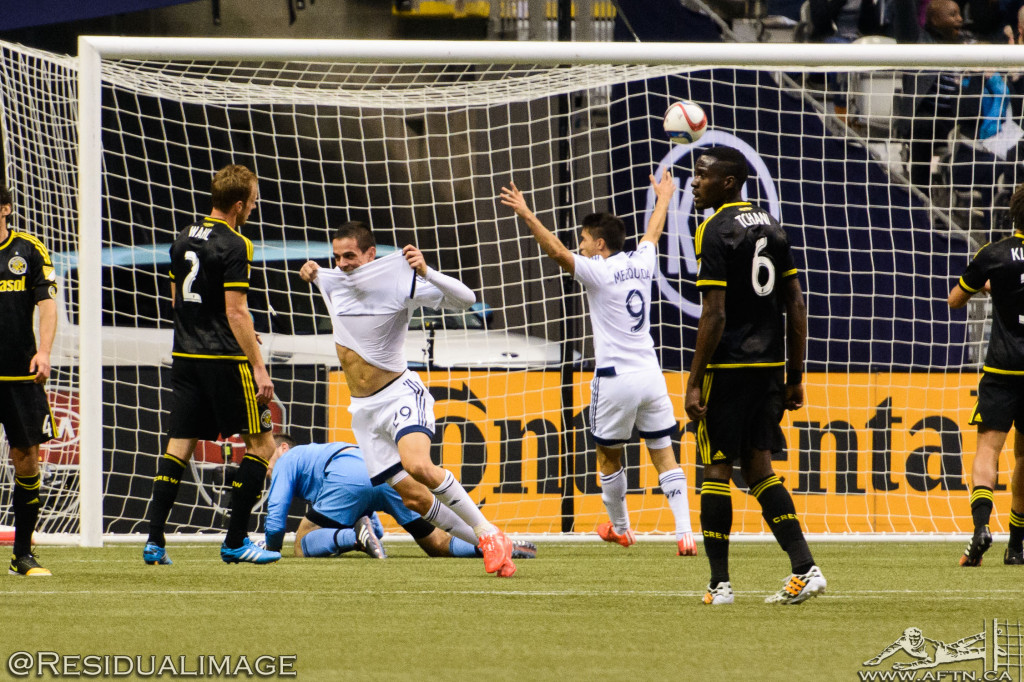 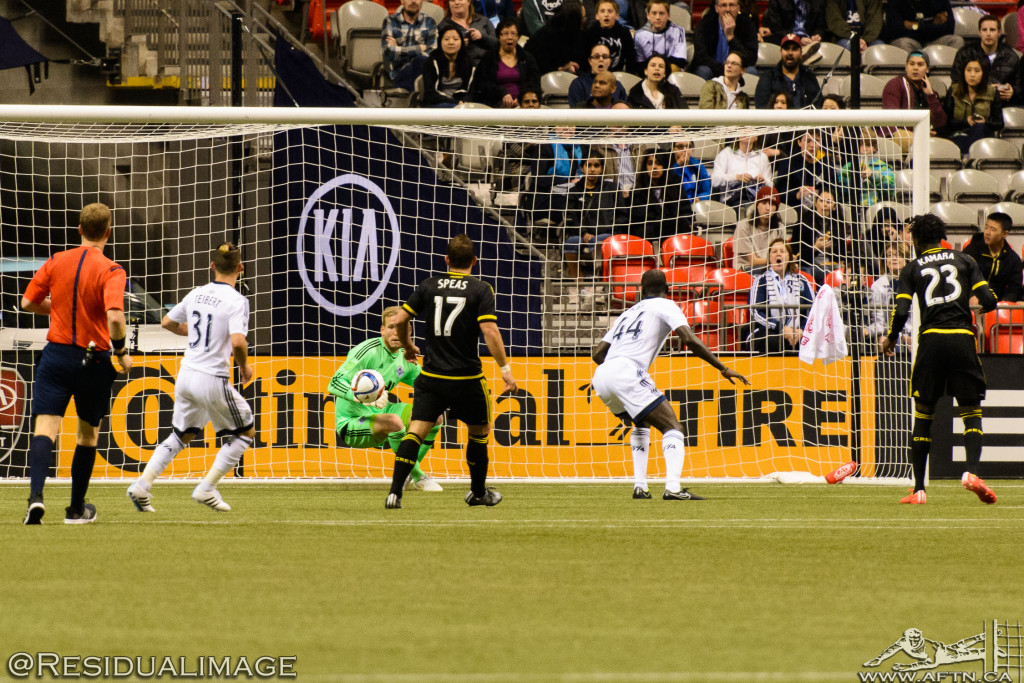 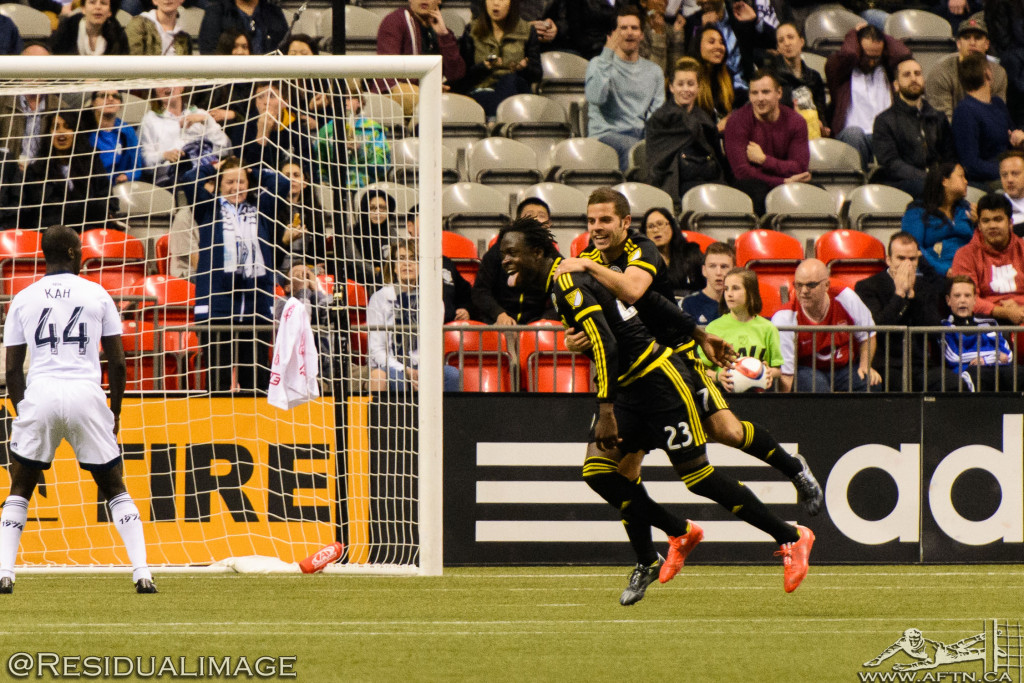 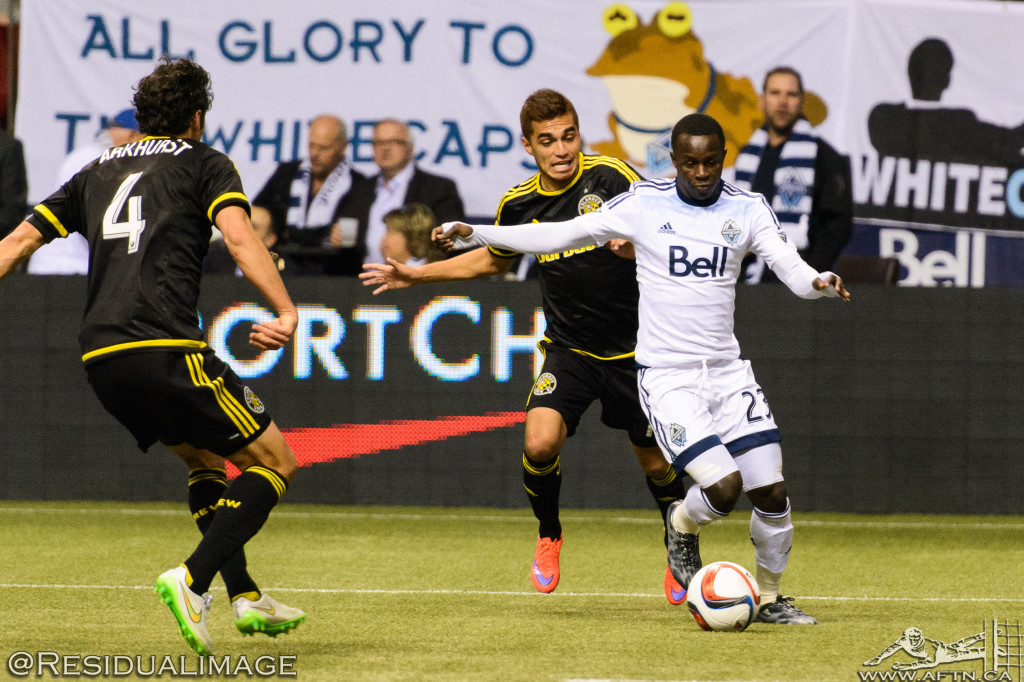 But the Caps hit back. Kekuta Manneh gets on to a Pa Modou Kah long ball and runs at the Crew defence 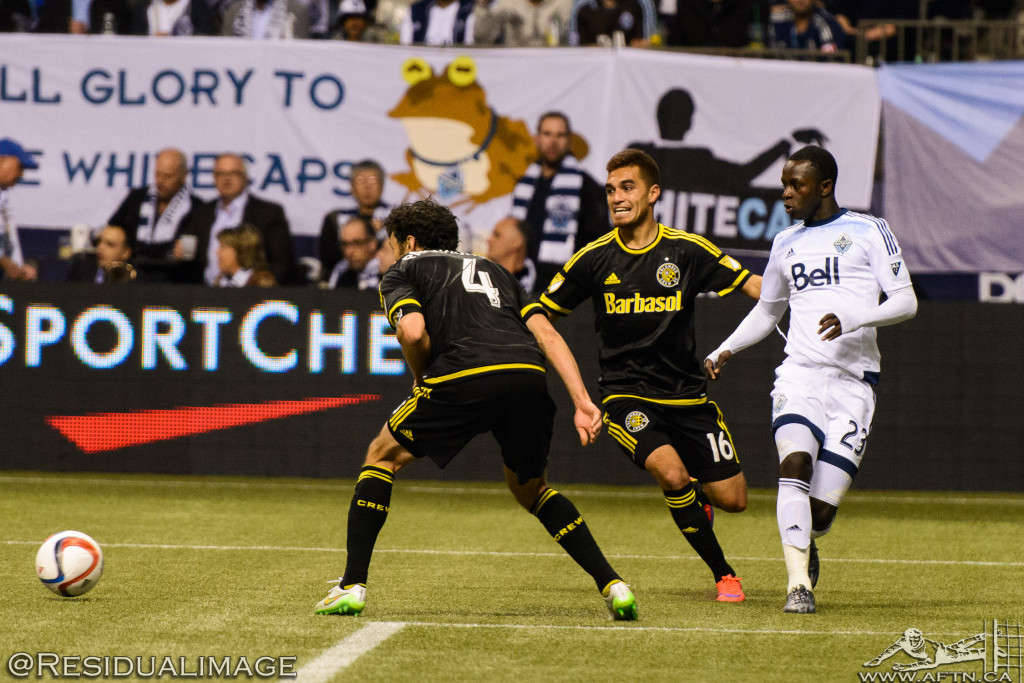 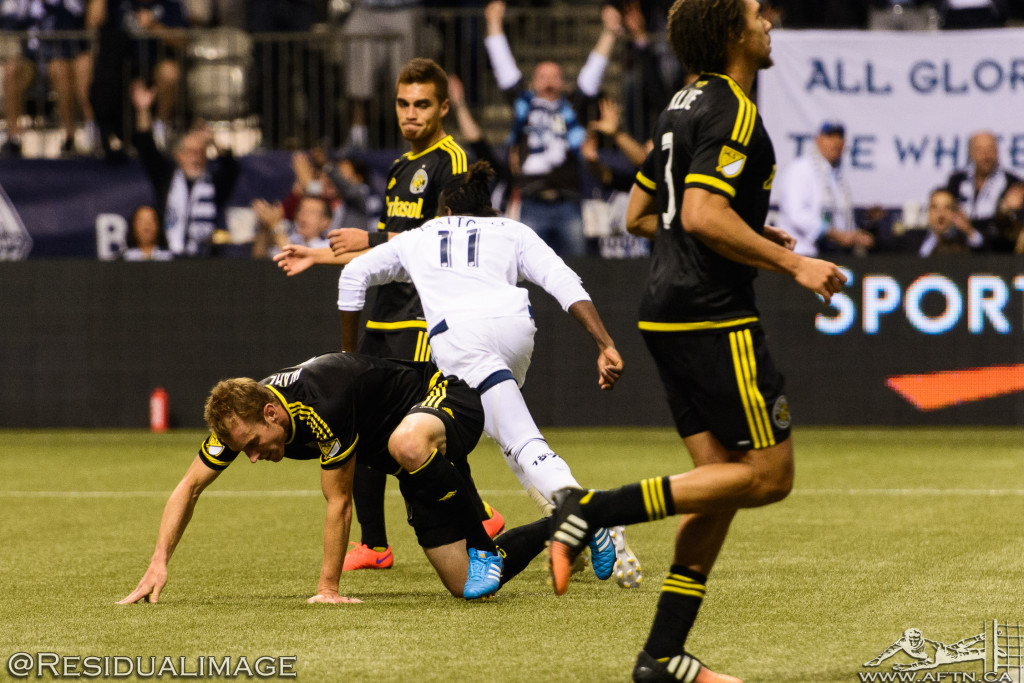 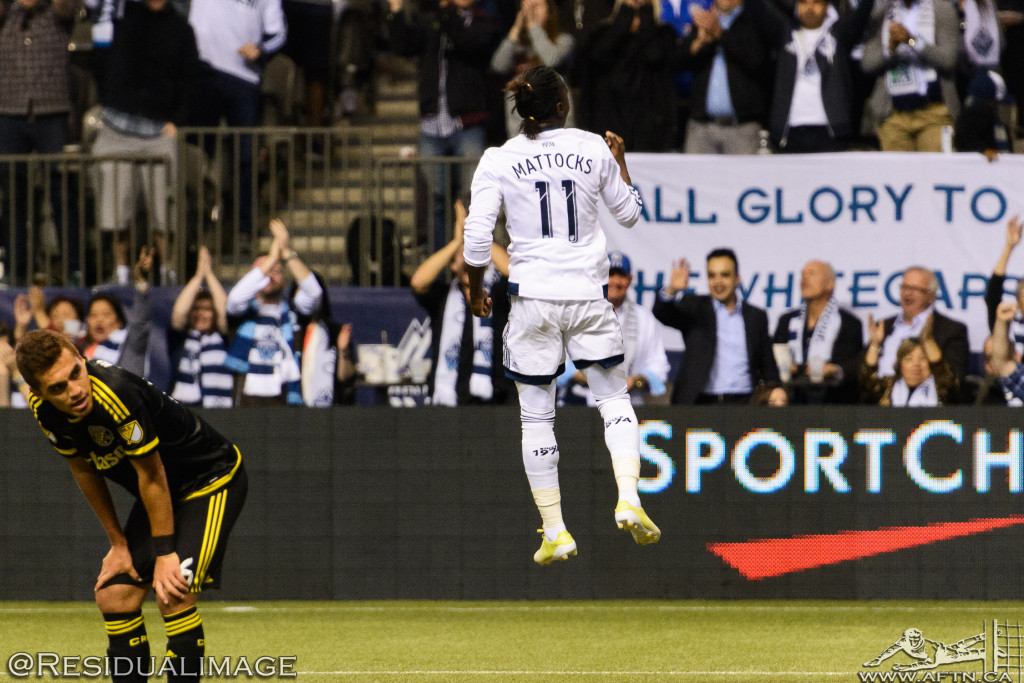 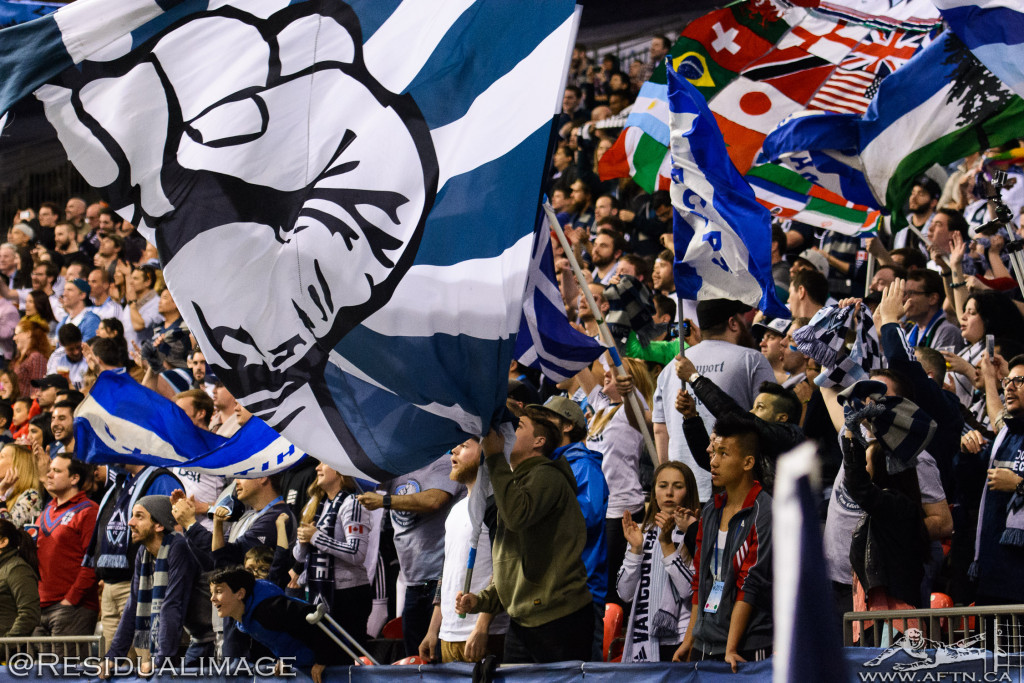 And so are Curva Collective 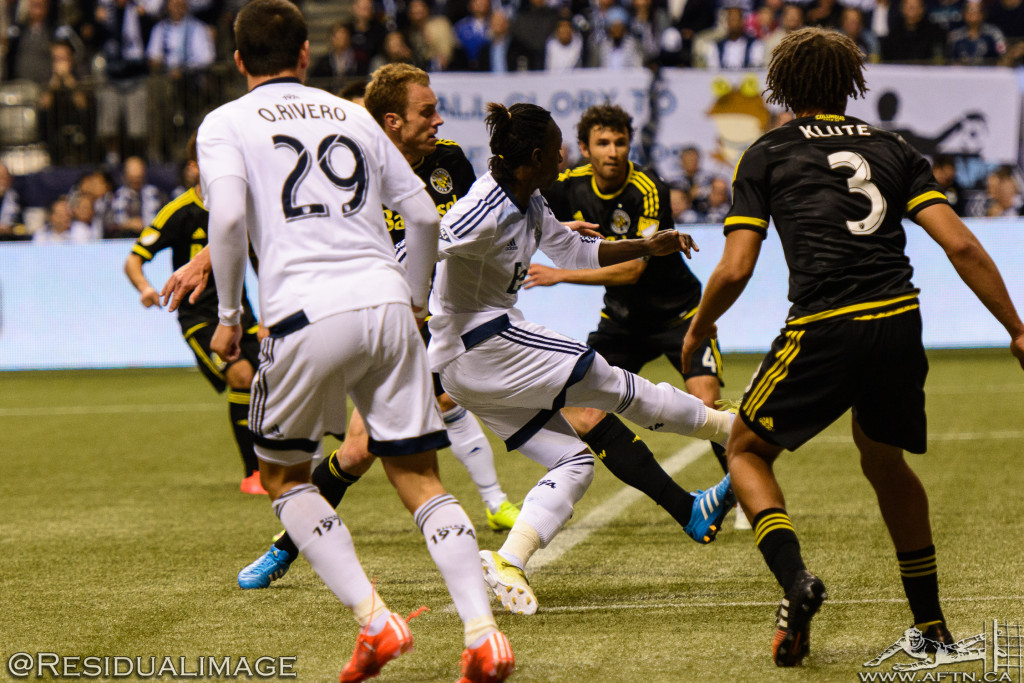 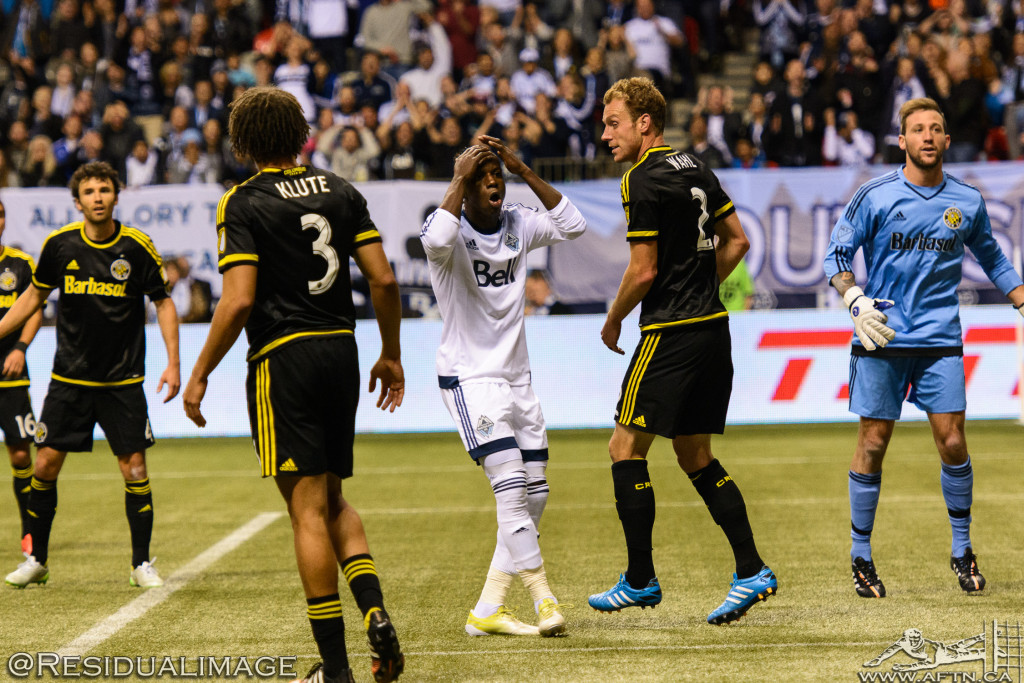 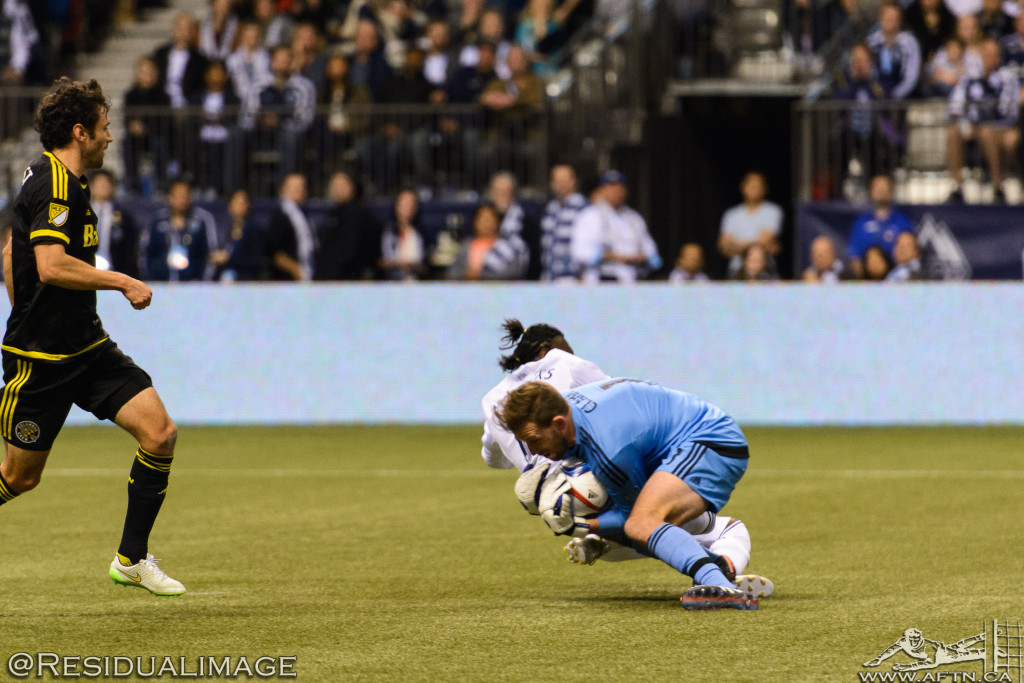 But here’s another chance 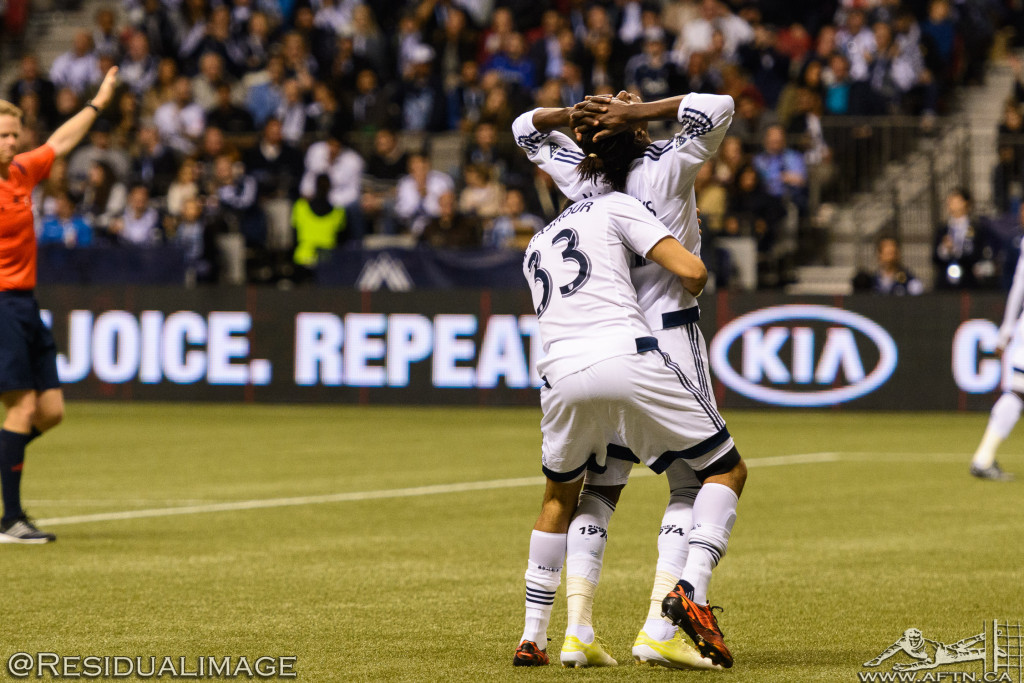 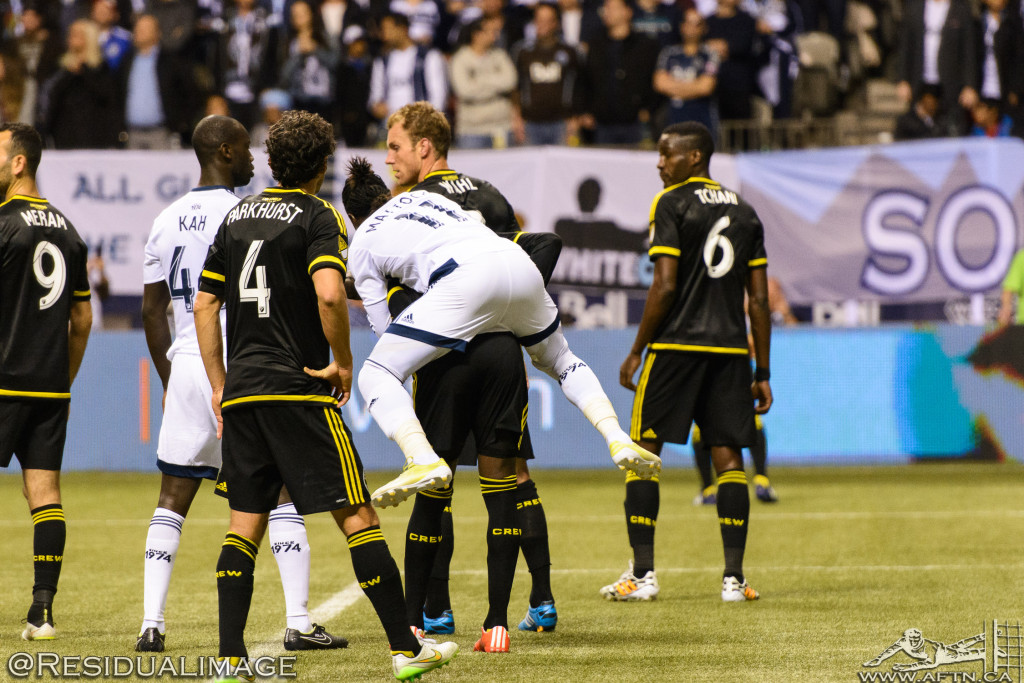 And, well, I don’t really know what’s going on here 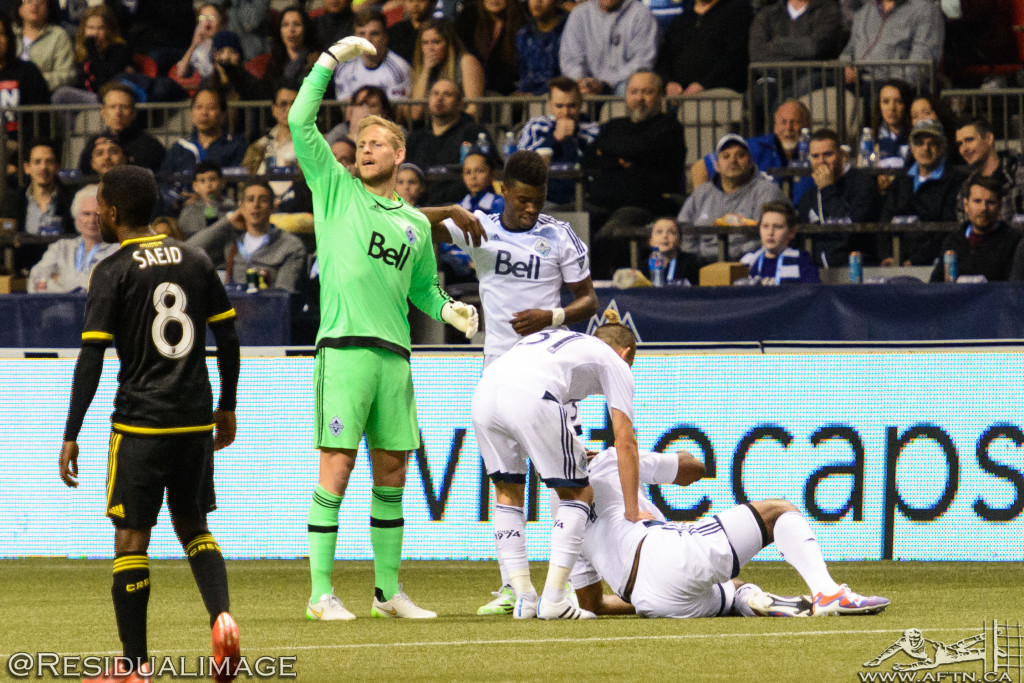 Kendall Waston goes down with a scary looking neck injury 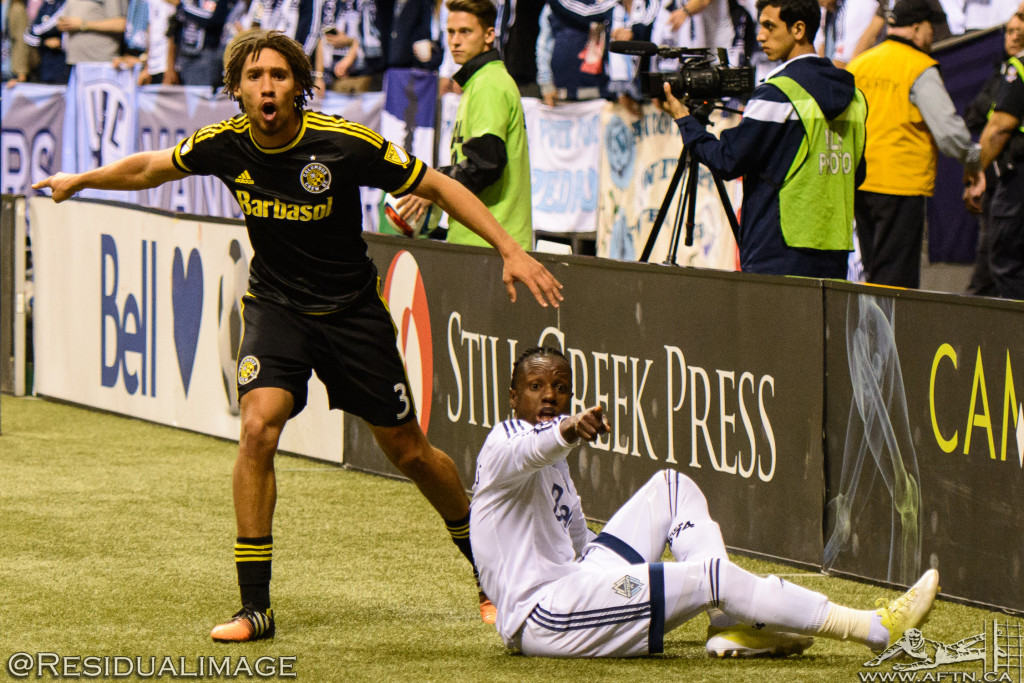 A difference of opinion on what the decision should be 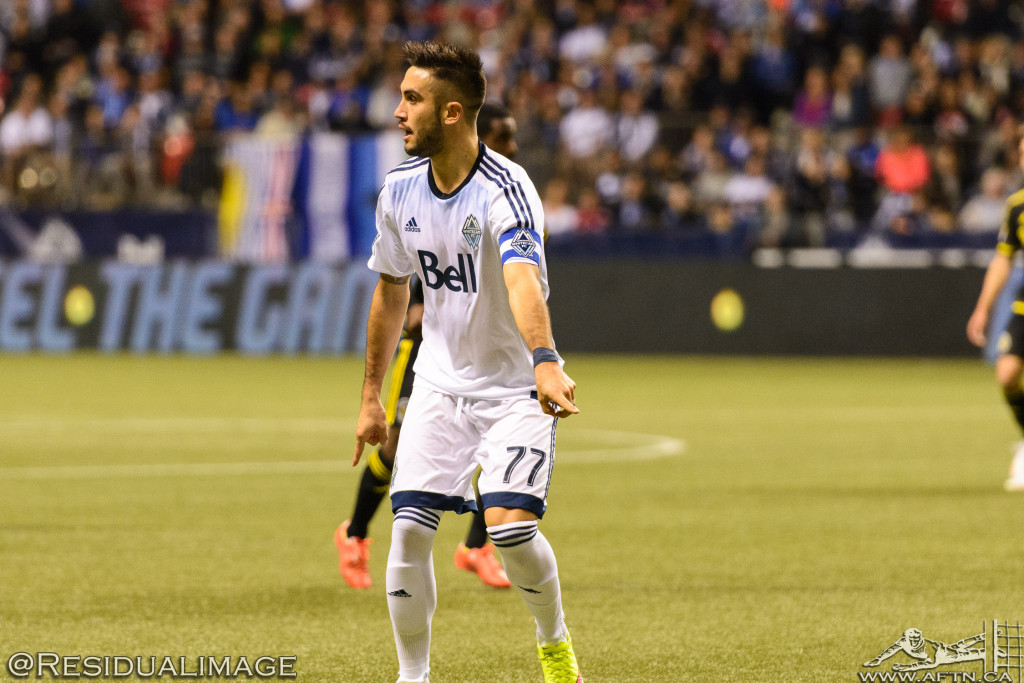 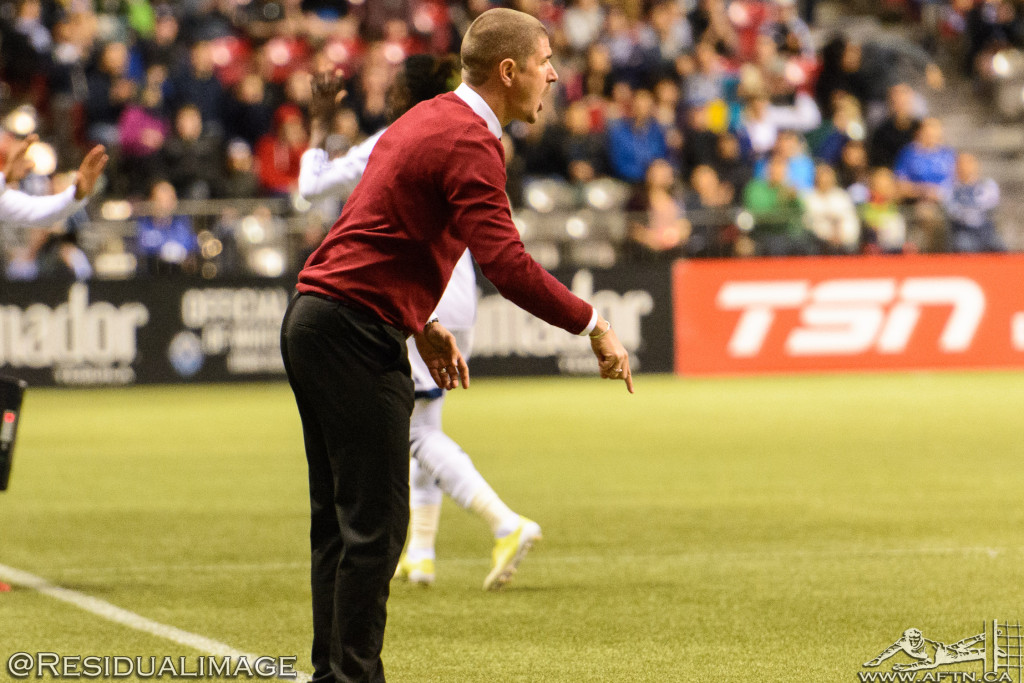 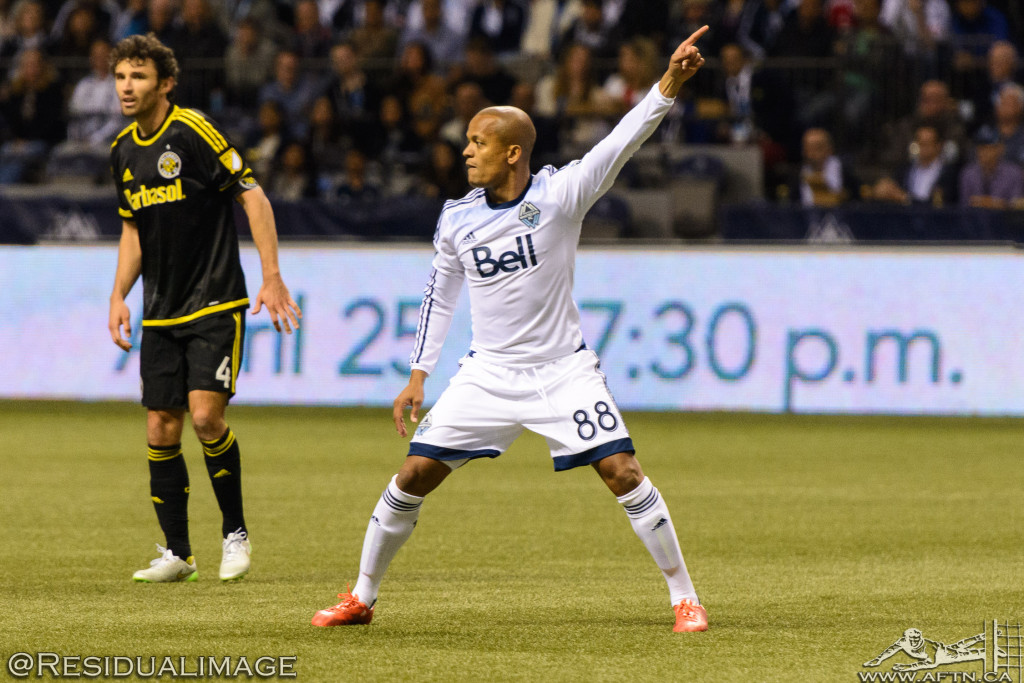 The ‘Caps are staying alive with Robert Earnshaw 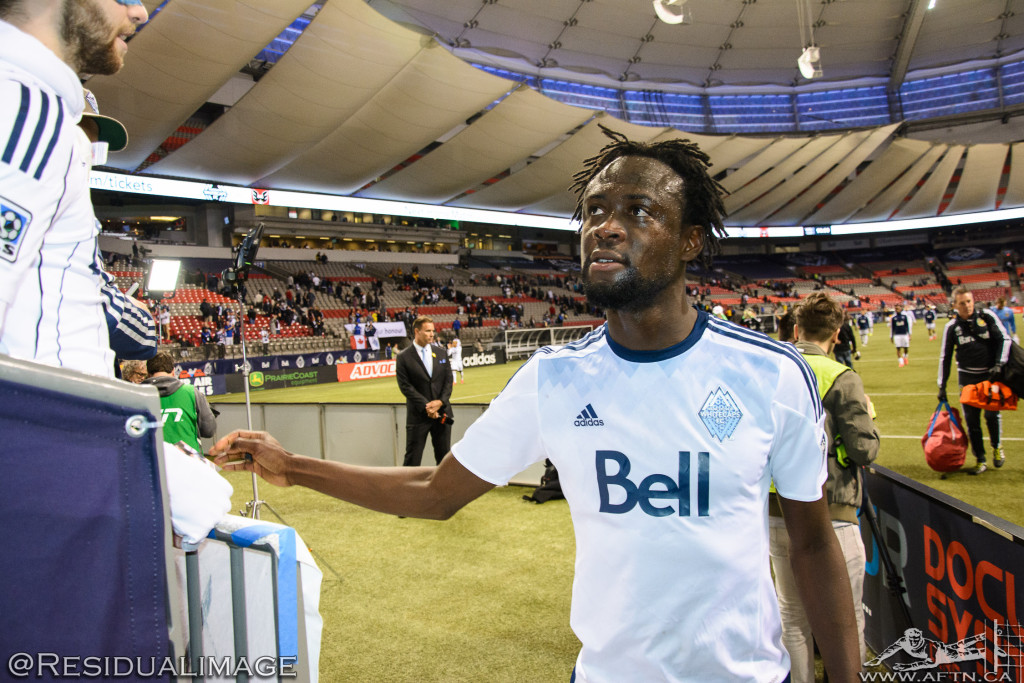 But it ends 2-2 and the ‘Caps seem to have pulled off a signing coup in the process!

You can see a Flickr slideshow of all of Tom’s photos below: