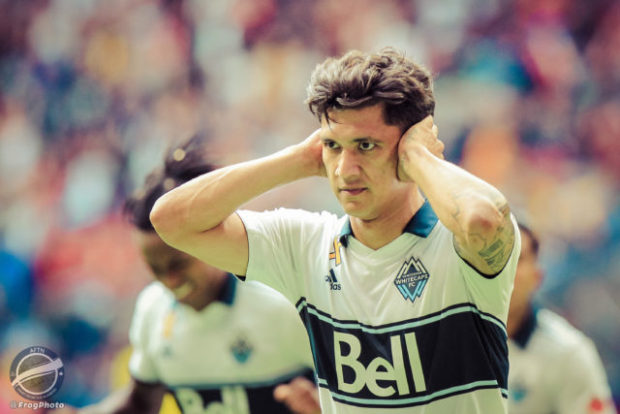 Last week’s win over Houston saw the 2019 Vancouver Whitecaps avoid becoming the worst ‘Caps team in their MLS era. Fast forward a week and a draw at home to Columbus, coupled with Houston’s win over Orlando, officially sadly confirmed the Whitecaps as the Worst in the West for the season.

With no hope now of not finishing dead last in the Western Conference, and likely second worst in all of MLS, it just reinforces what a disappointing season this has been for the ‘Caps and one which will thankfully end in two week’s time.

At least they fought to the very end against Columbus, and that’s a positive sign. The Crew thought they were home and dry and would keep their own faint playoff hopes alive after Gyasi Zardes’ 18th minute penalty, only for Fredy Fucking Montero to pop up deep into stoppage time to brilliantly head home an Ali Adnan cross and salvage a point. 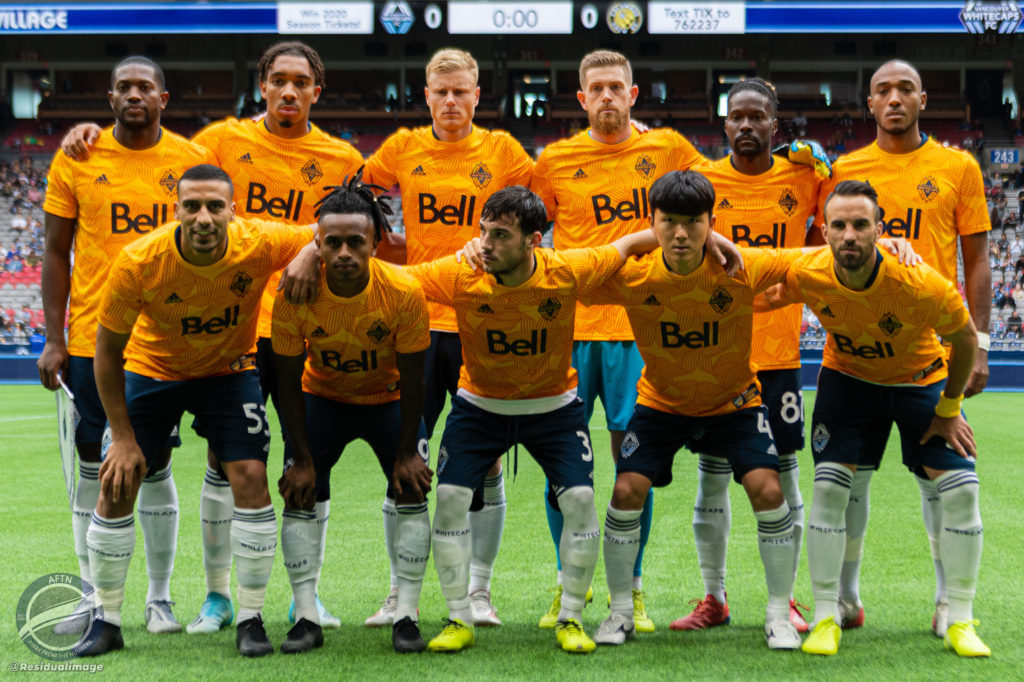 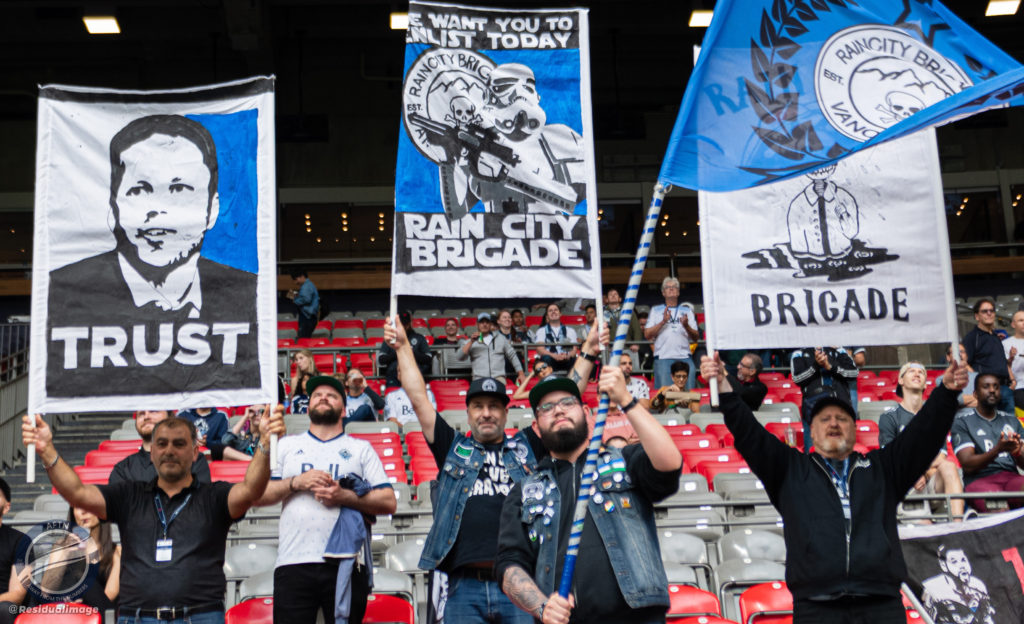 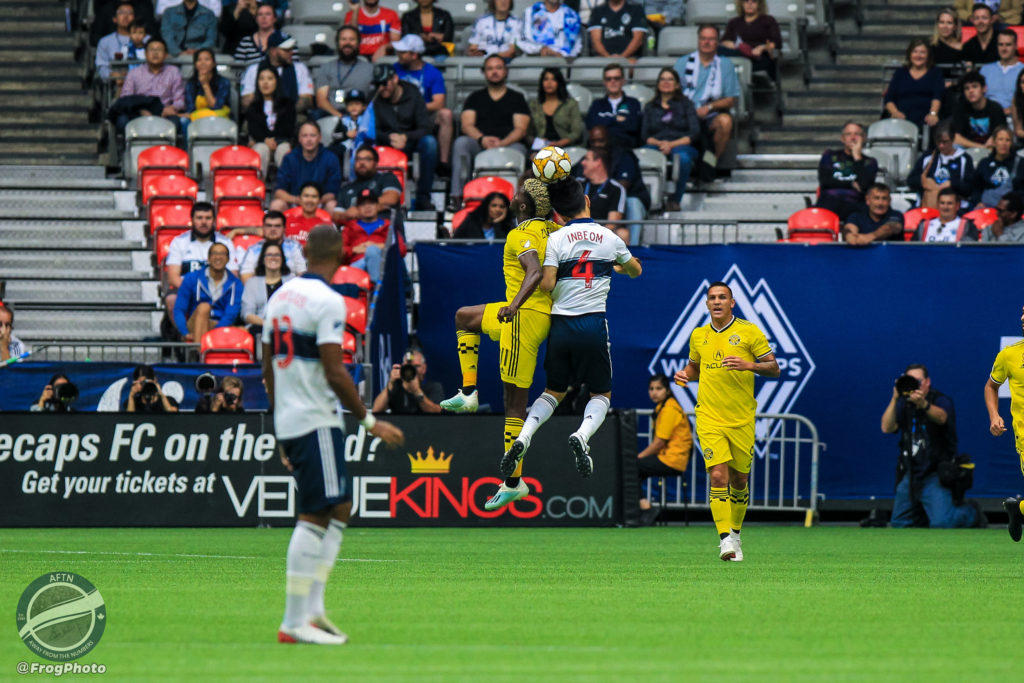 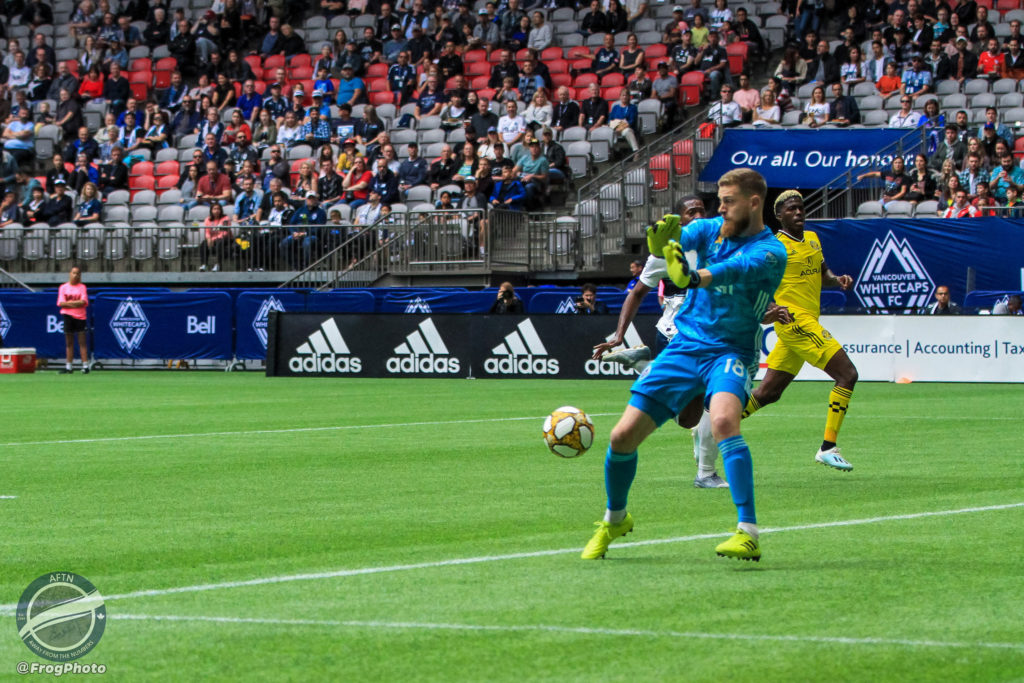 Not a lot of early action but 17 minutes in, Zac MacMath is unable to hold onto a fierce Luis Diaz shot 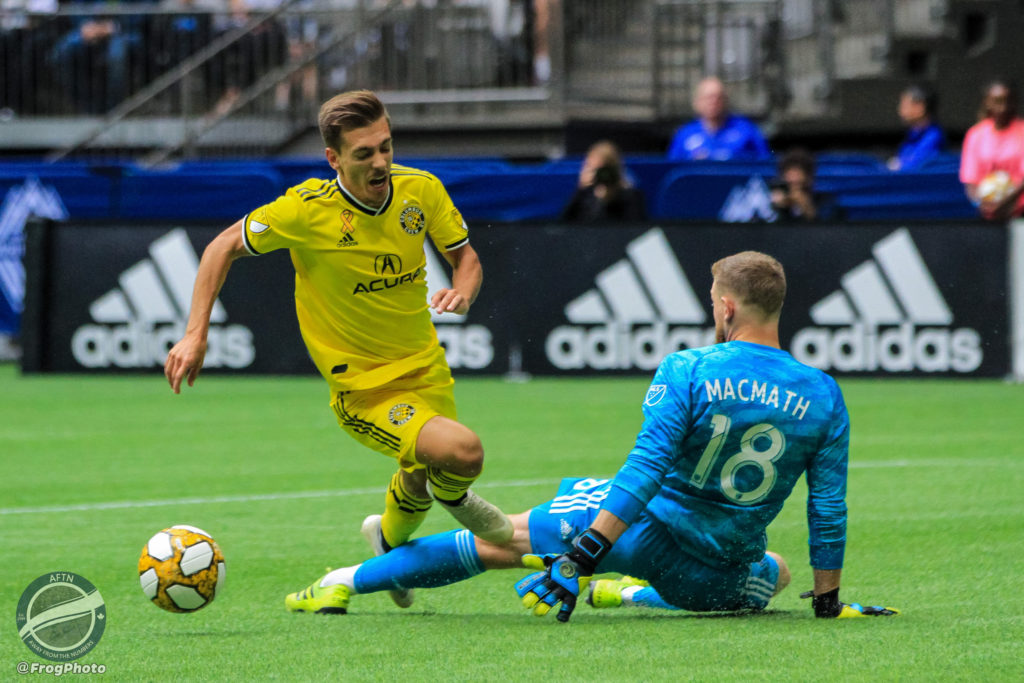 The rebound is eventually played to Pedro Santos, who is brought down as he tries to round MacMath 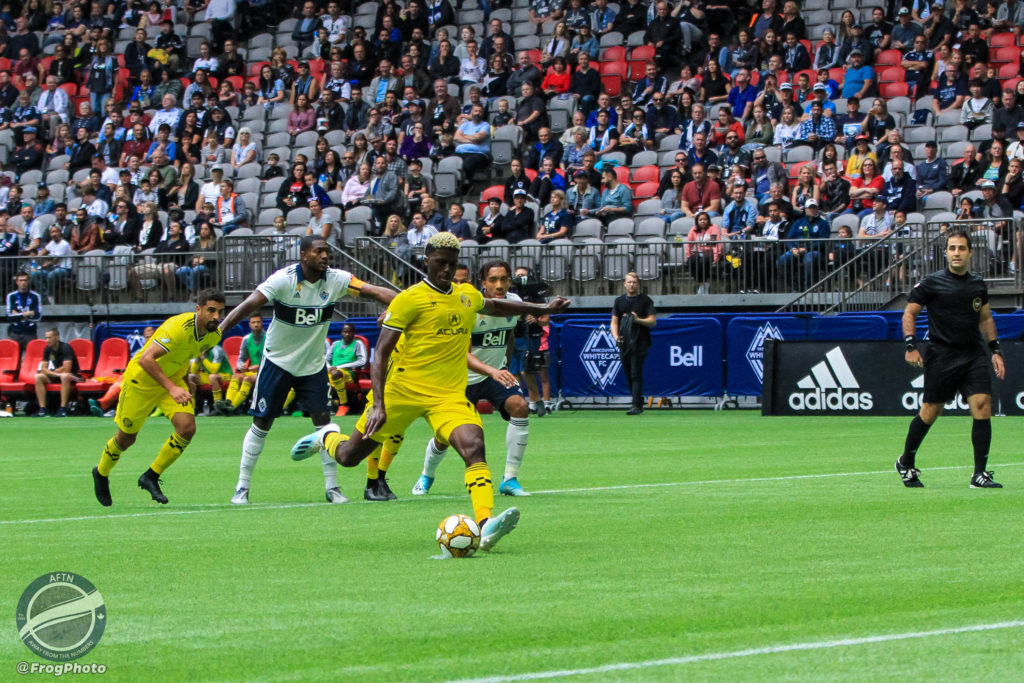 Jizzy Gardes steps up for the spot kick 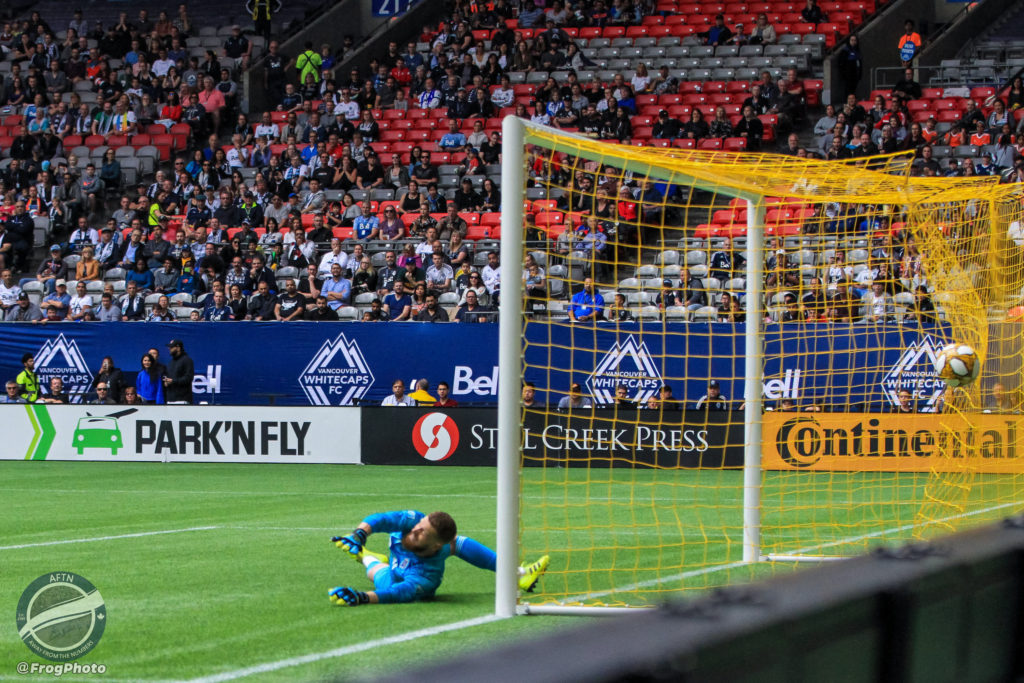 And bulges the onion bag 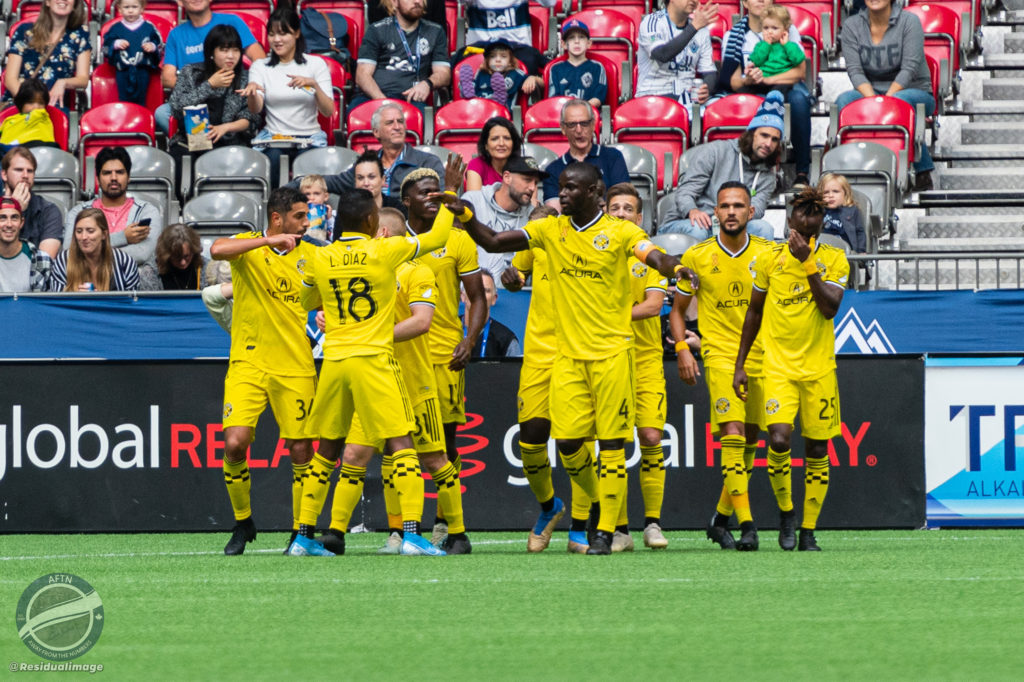 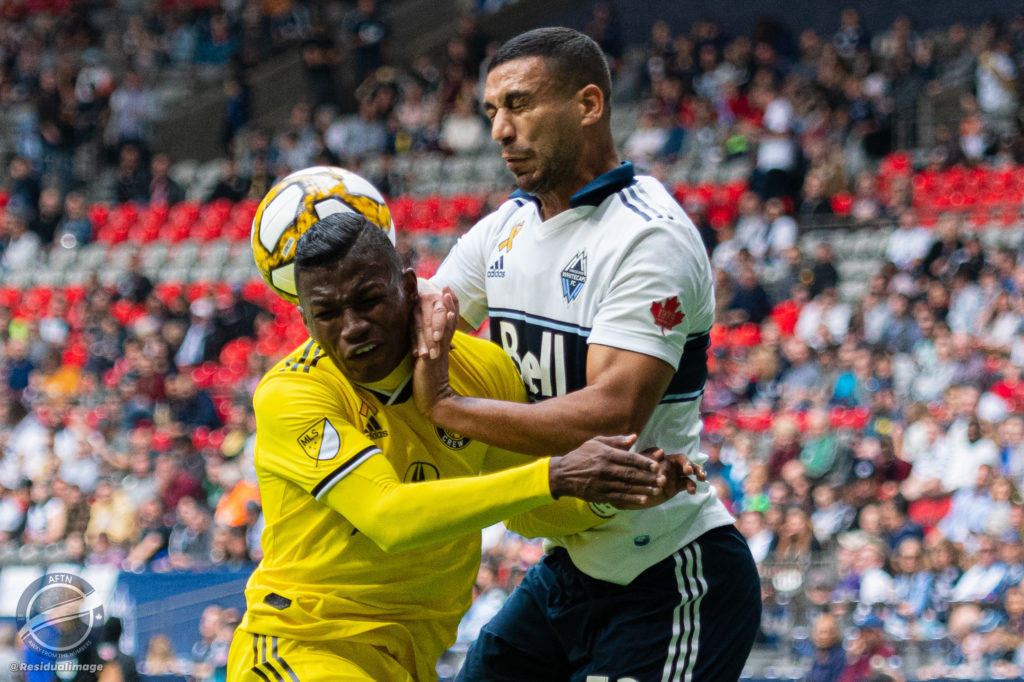 Is that Kung Fu? Nope they’re both sober 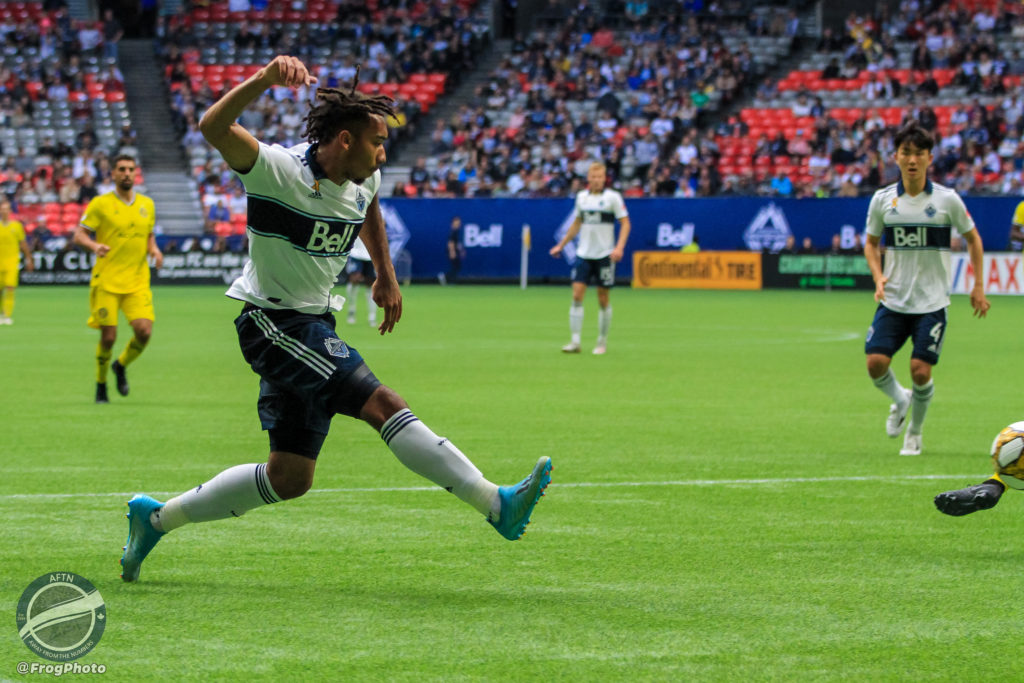 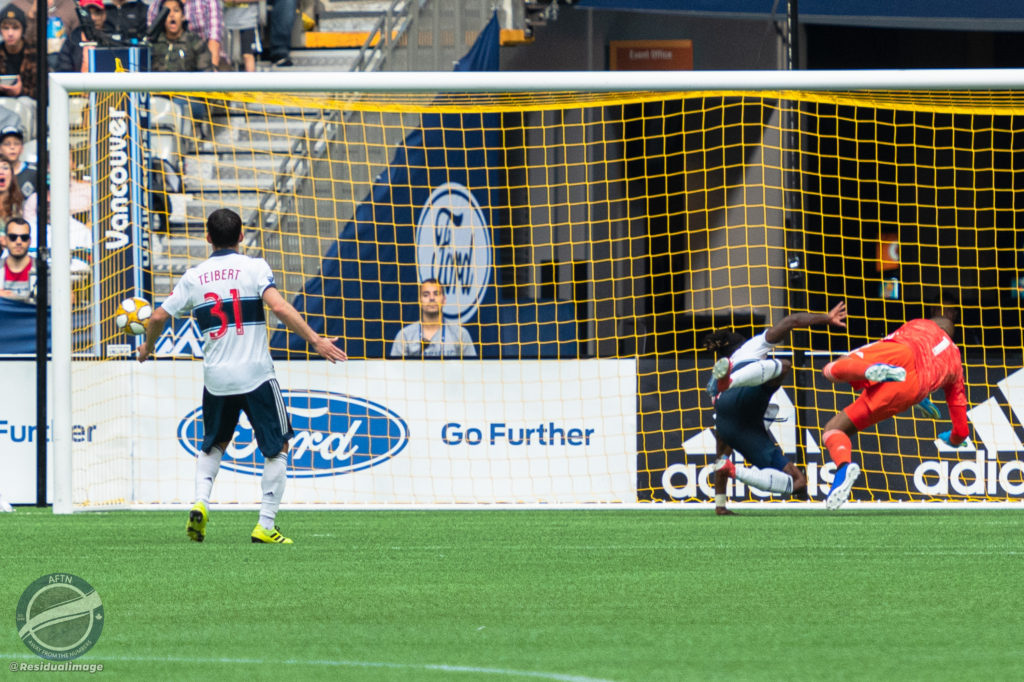 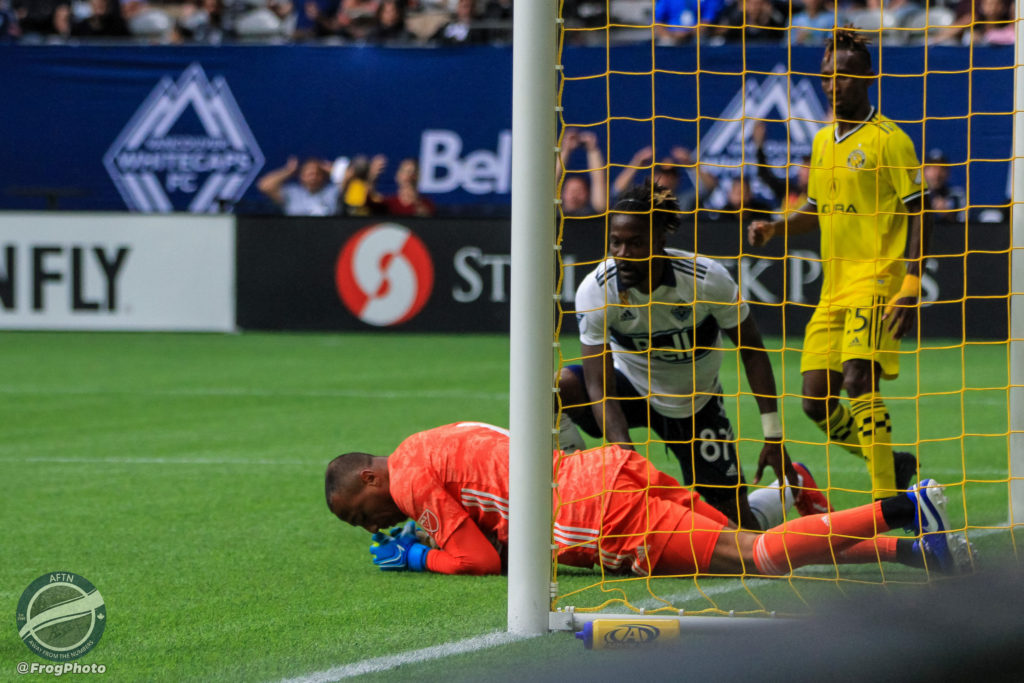 Only to rebound straight to the arms of the Columbus keeper 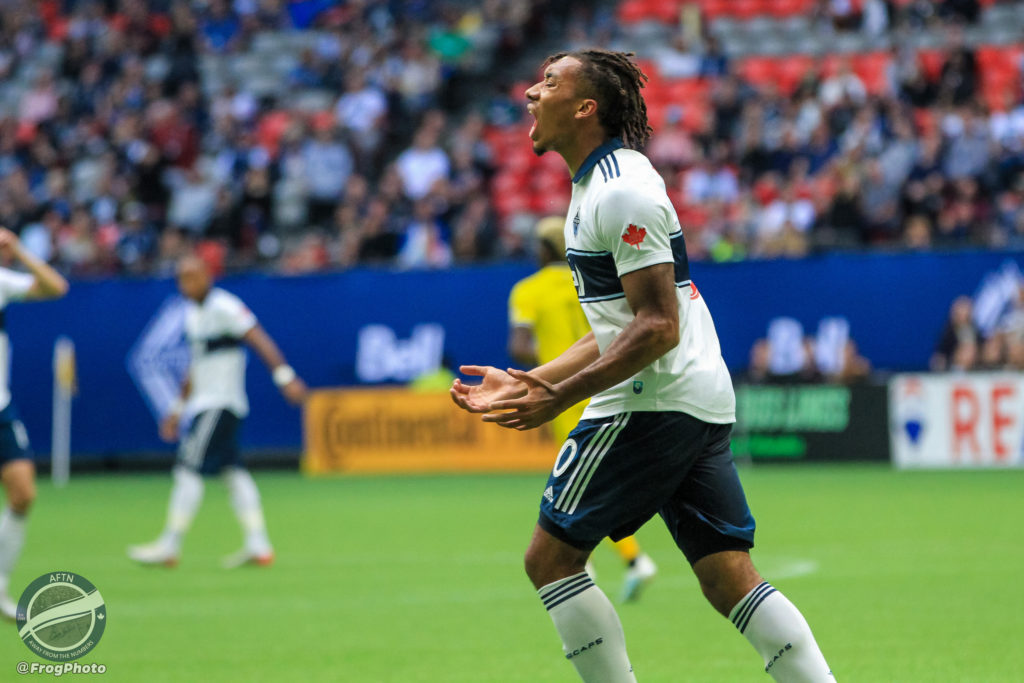 Yup, that’s how we felt as well Theo 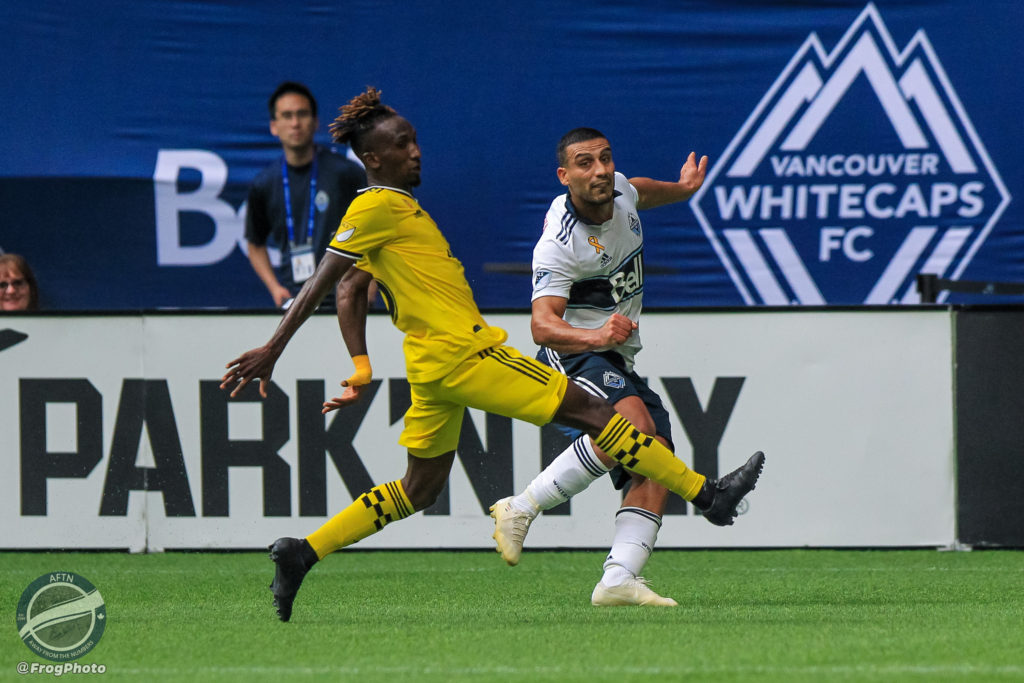 With all hope seemingly lost, Ali Adnan sends in a cross deep, deep into stoppage time 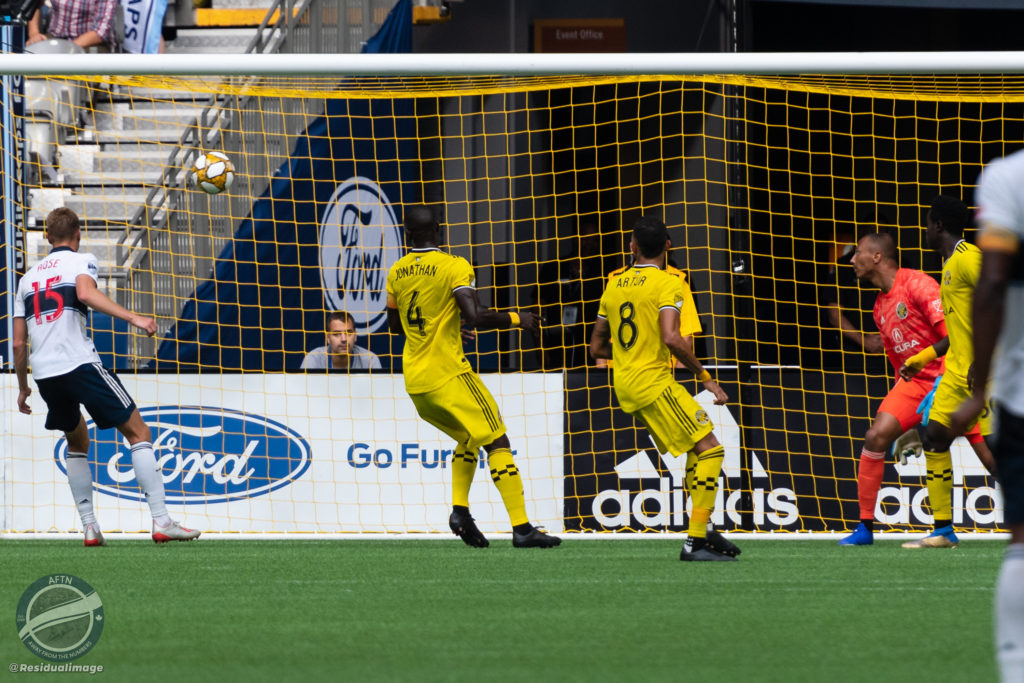 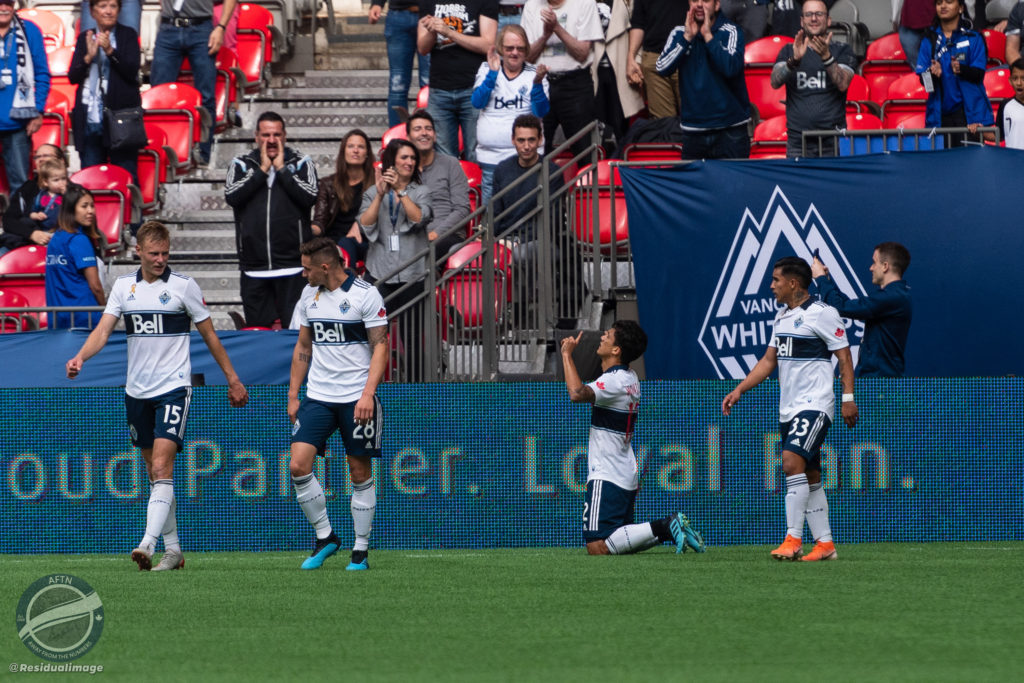 Sheer joy for Fredy and the ‘Caps 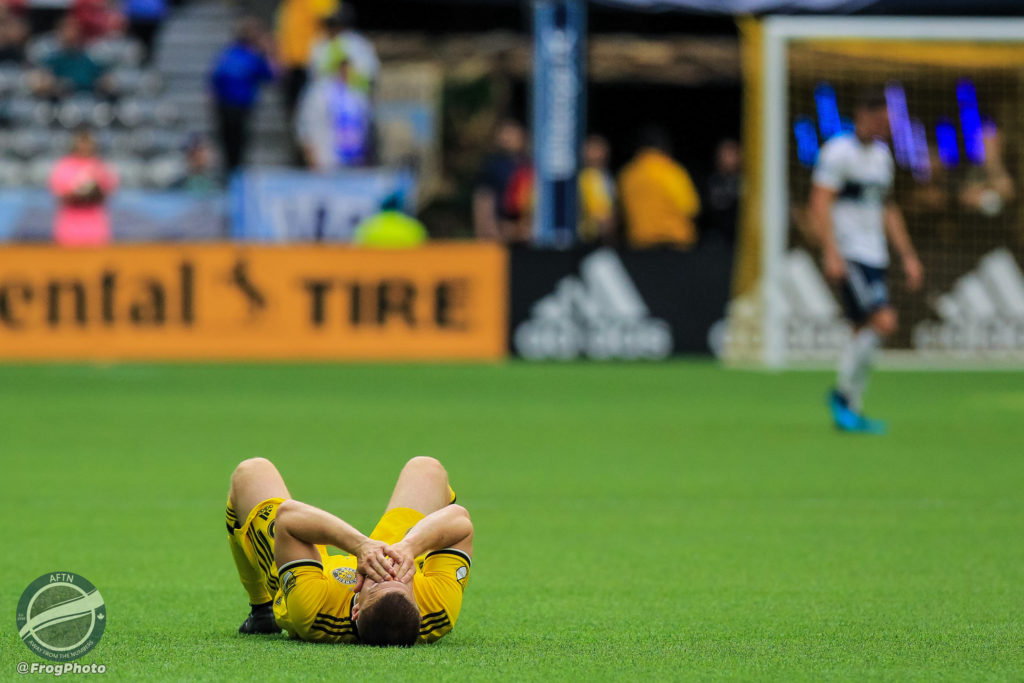 And utter dejection for Columbus meaning a sad Caleb Porter. So all’s well that end’s well! 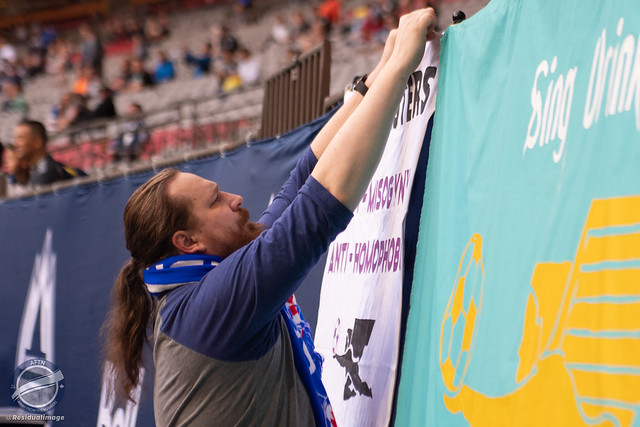