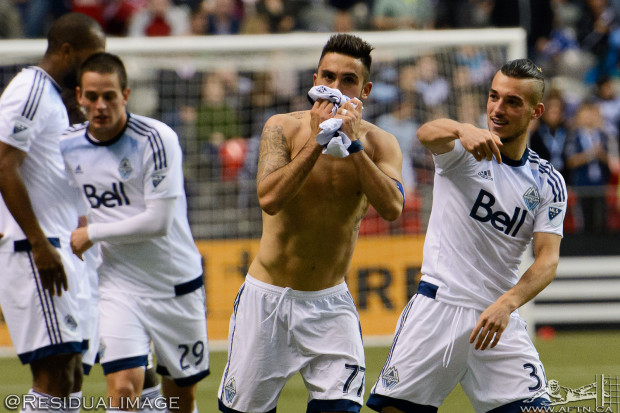 Saturday’s game fell into the latter category. Despite being down a man for 48 minutes, after Matias Laba was sent off, the Whitecaps played some strong, attacking football and took the game to DC for most of the second half. That said, they seldom troubled sub keeper Travis Worra.

When Pedro Morales opened the scoring just 70 seconds in, it looked like this could be the statement game the Whitecaps were looking for, but goals from Bobby Boswell and Chris Rolfe sent DC home with all three points. 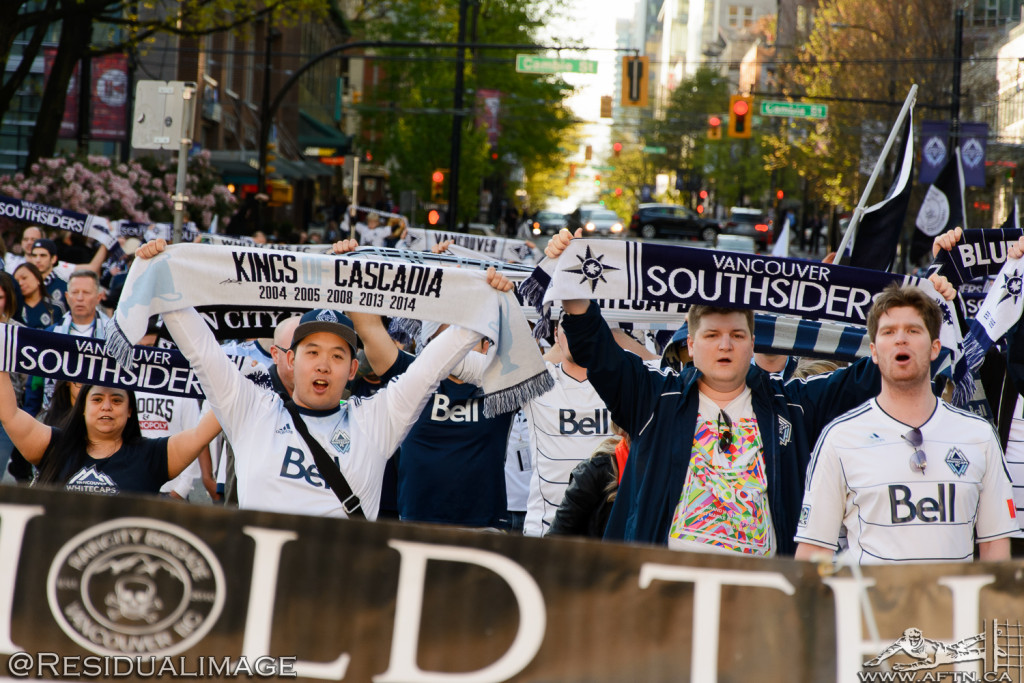 The Southsiders March to the Match 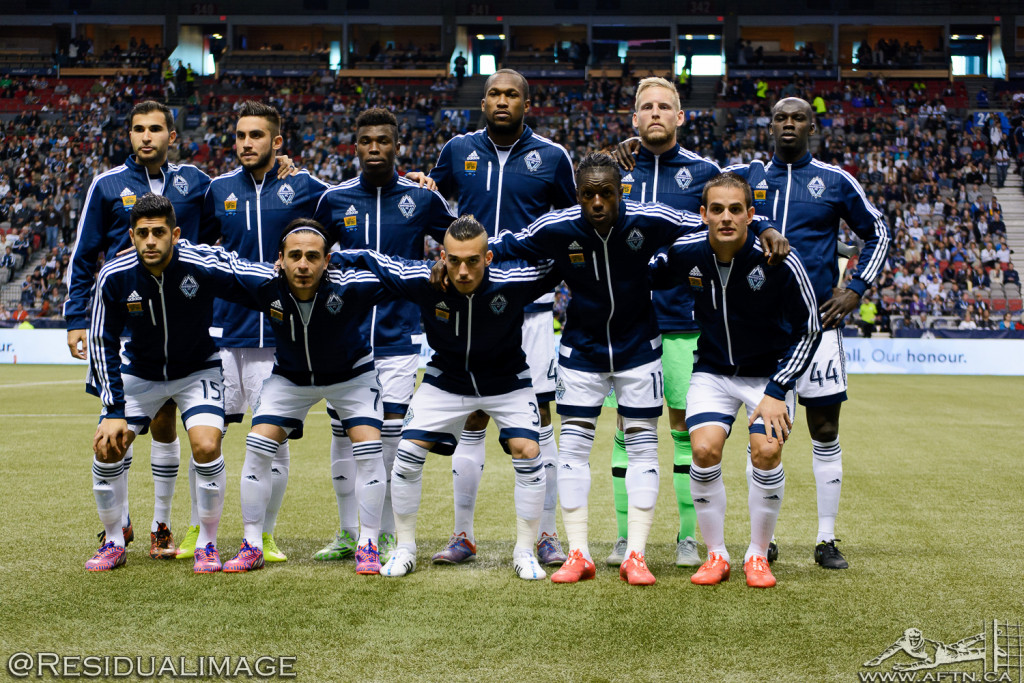 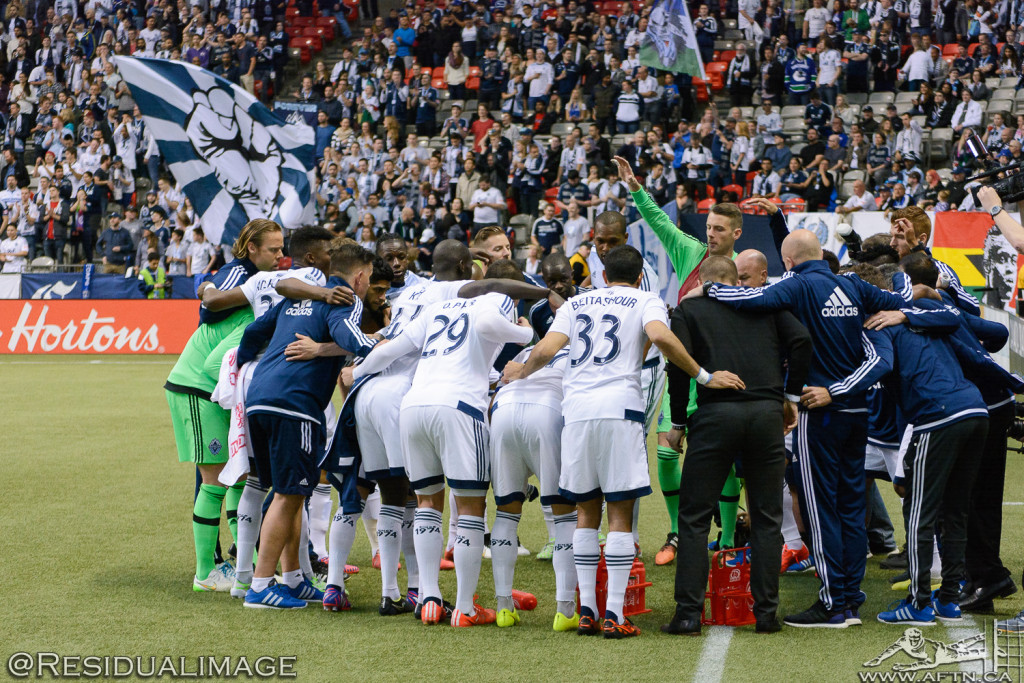 The ‘Caps get fired up in their pre-match huddle 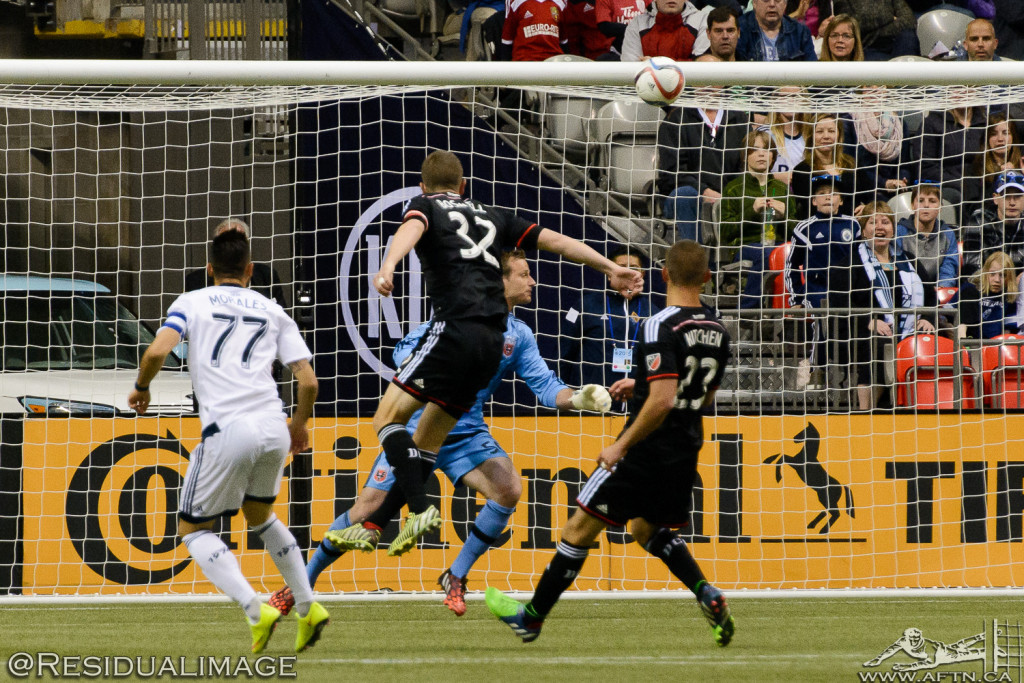 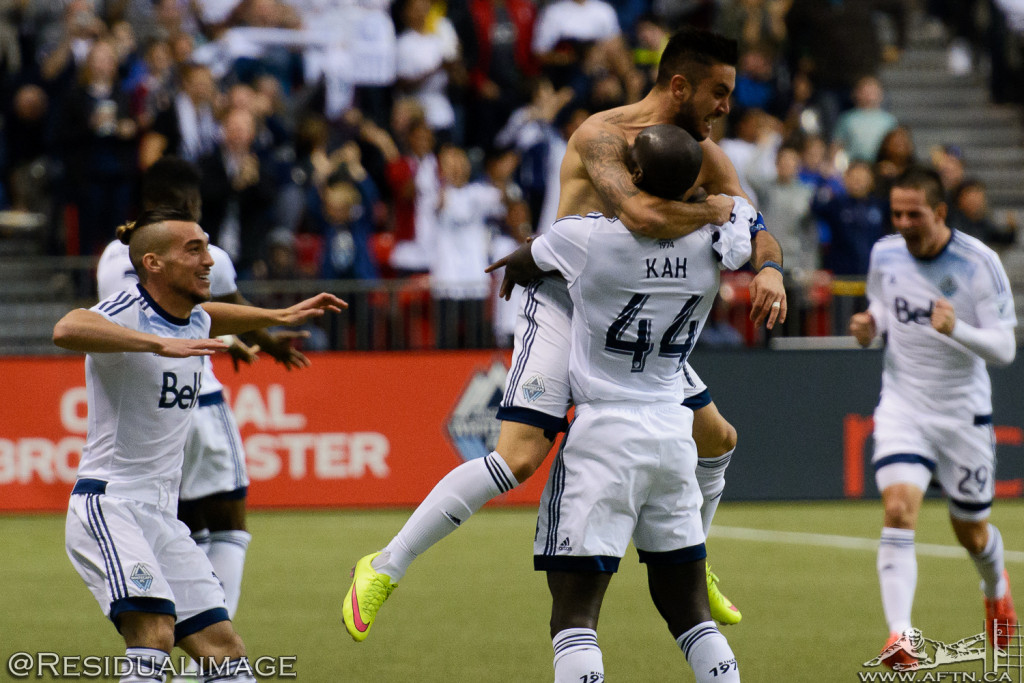 And the ‘Caps captain celebrates his first goal of the season 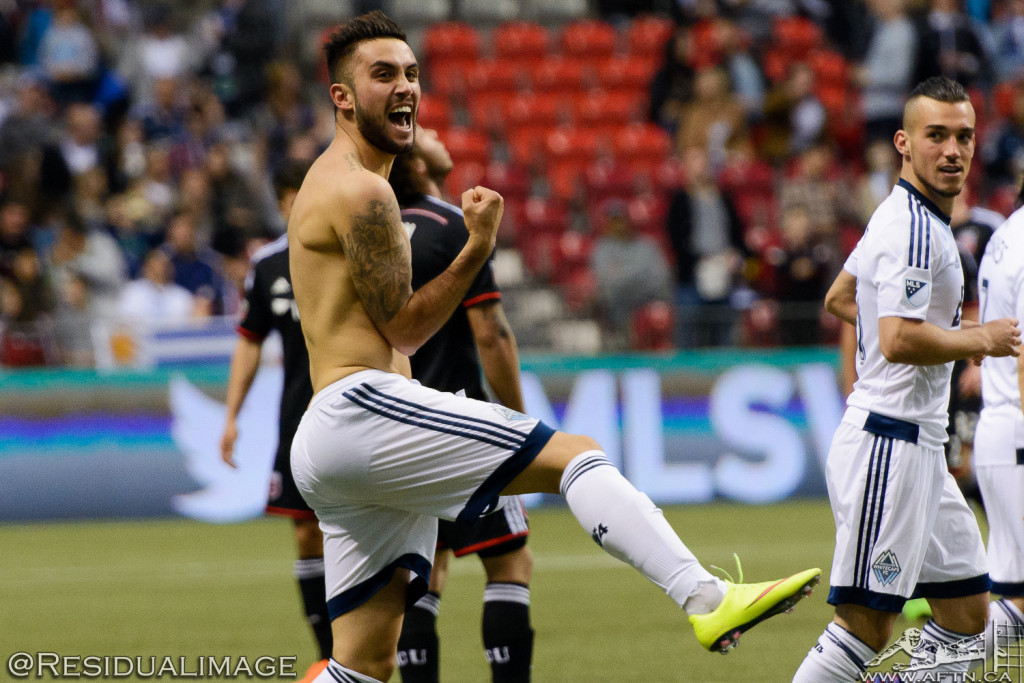 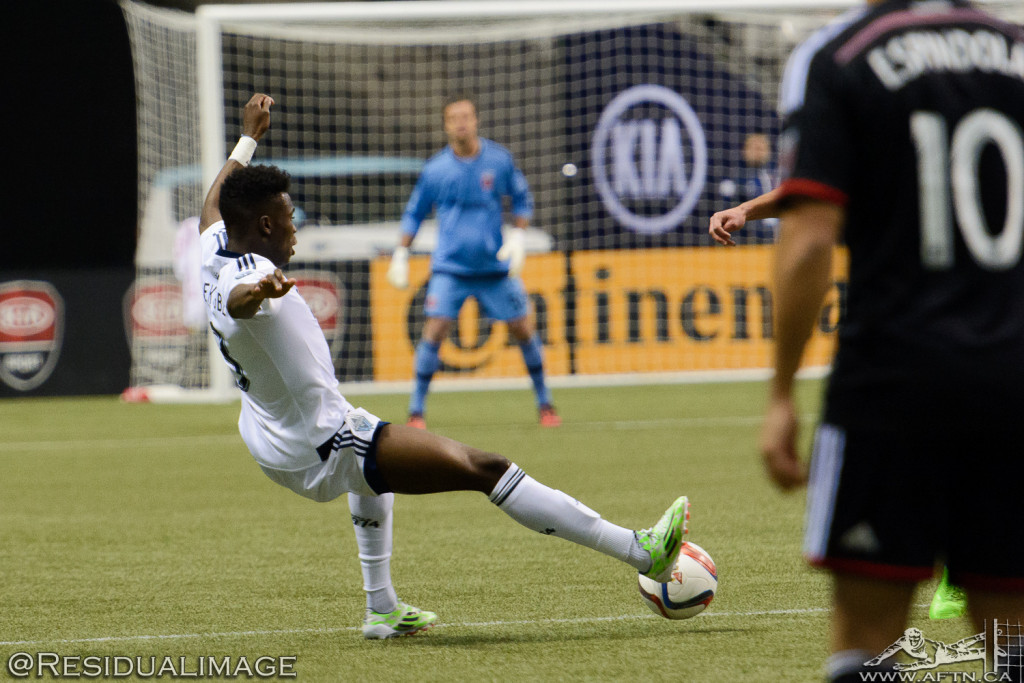 Sam Adekugbe goes in for the ball against Perry Kitchen 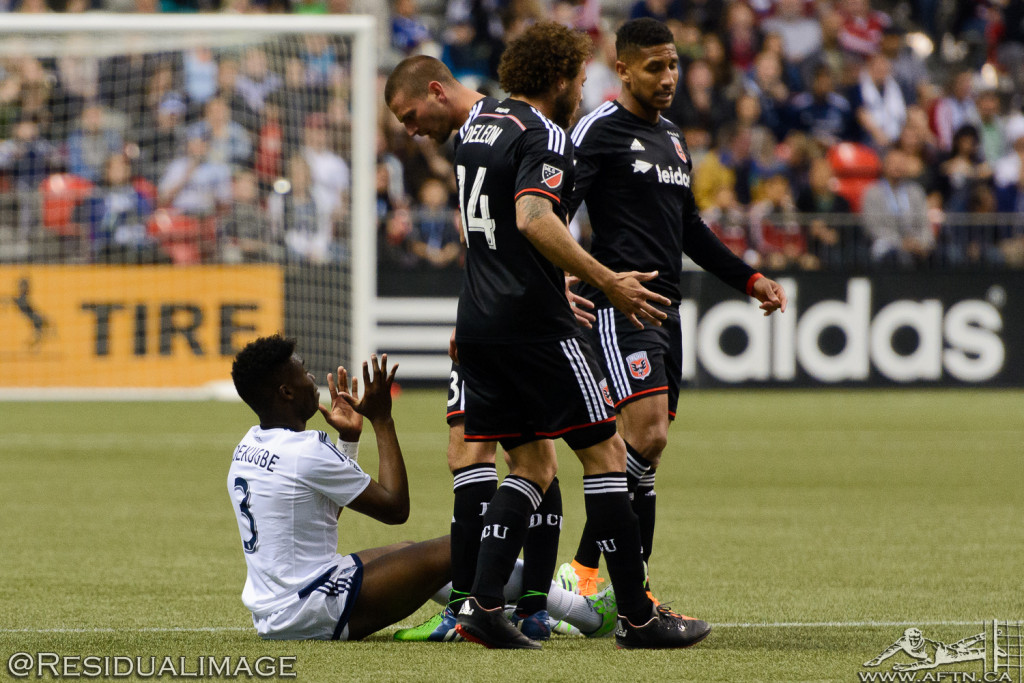 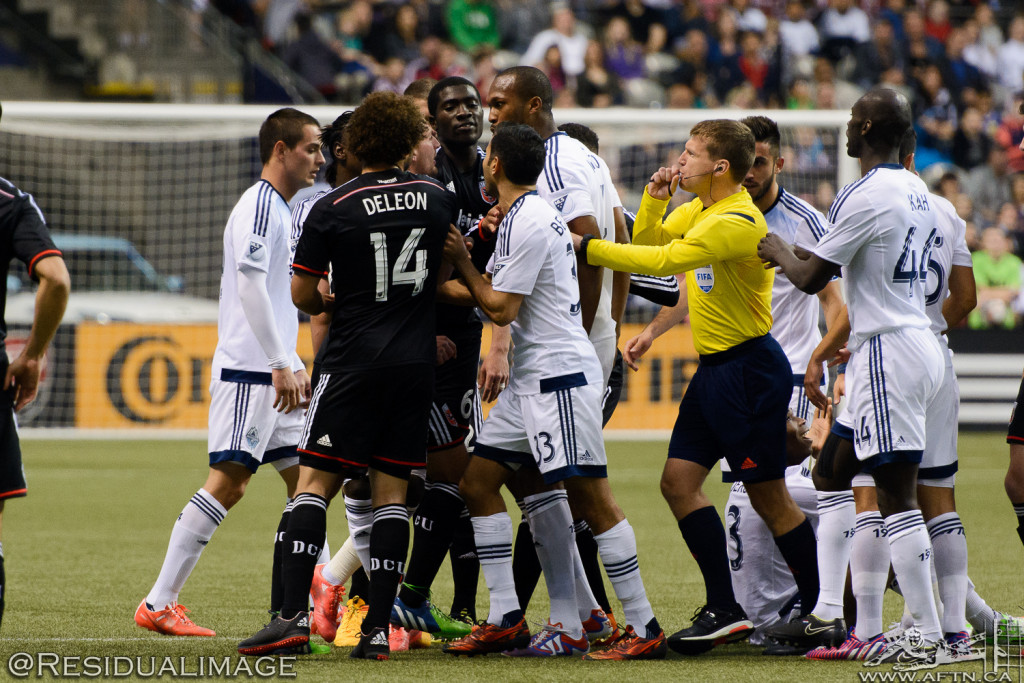 And a stramash ensues (Scottish word – look it up!!) – Don’t mess with big Kendall 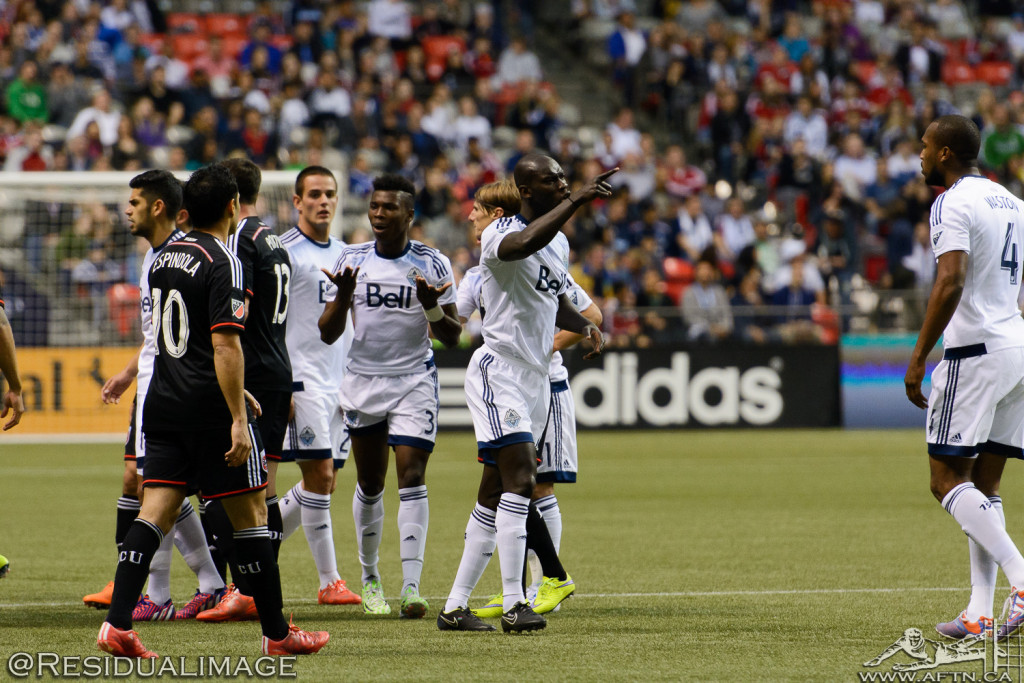 Pa Modou Kah sends Kendall Waston away to calm down 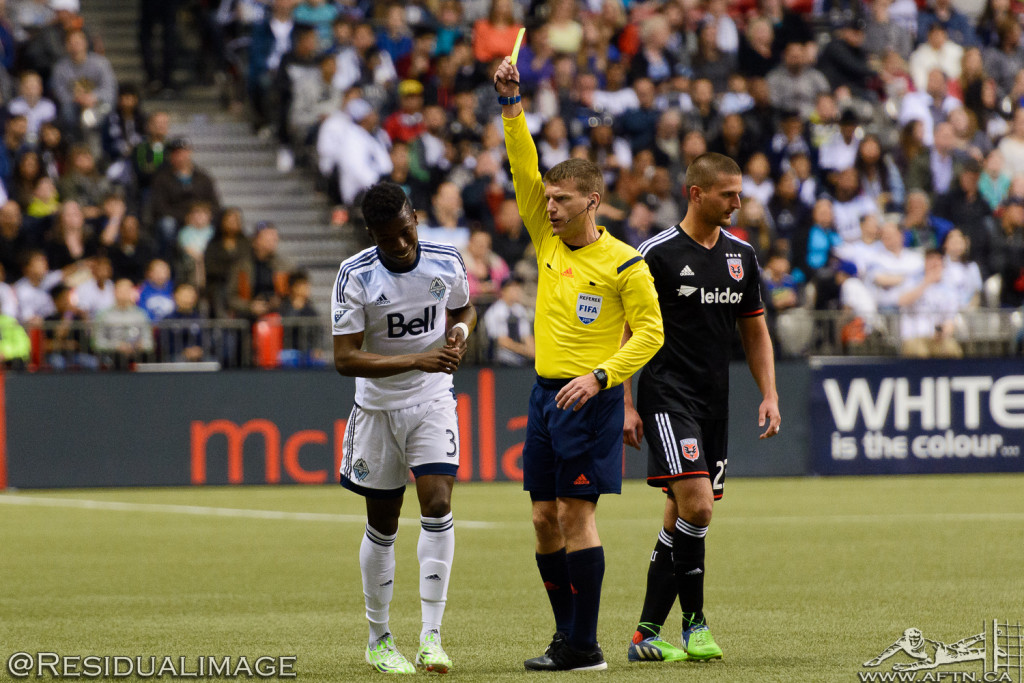 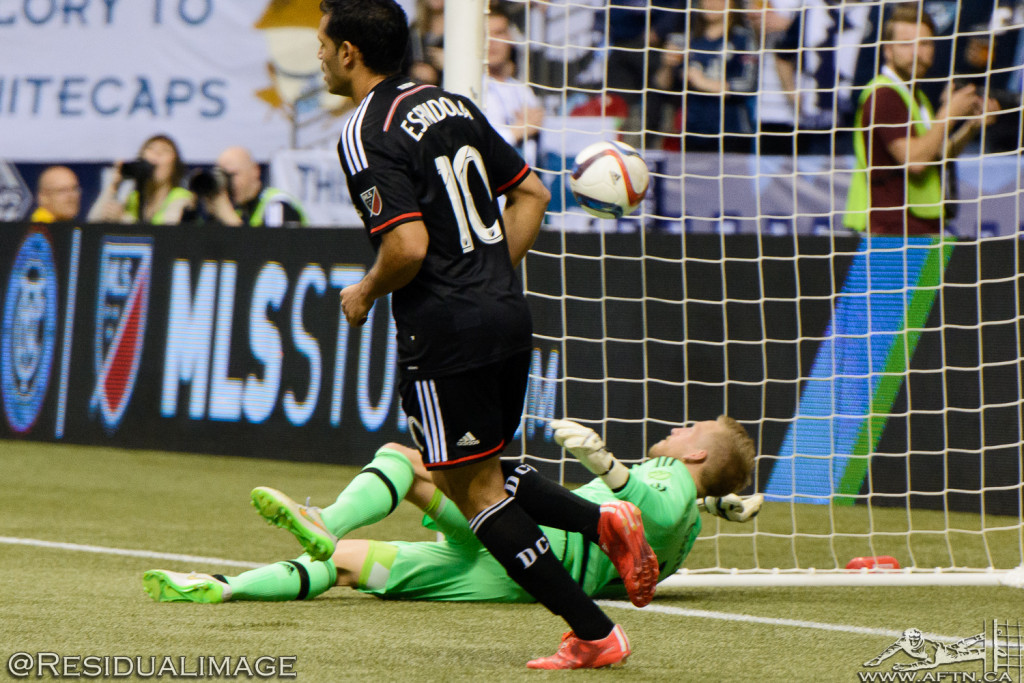 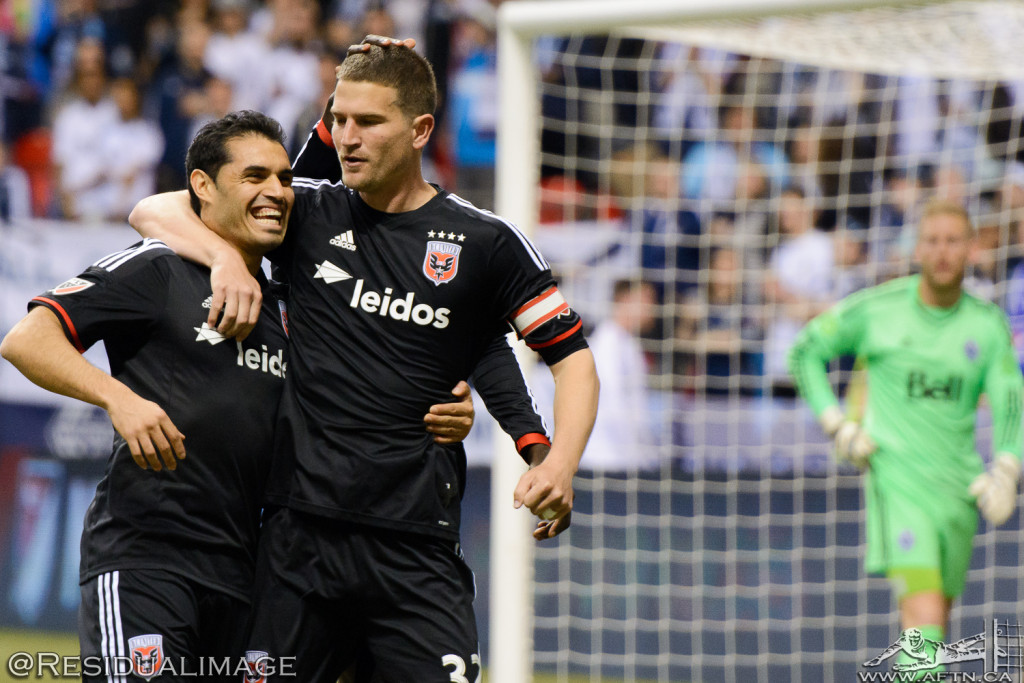 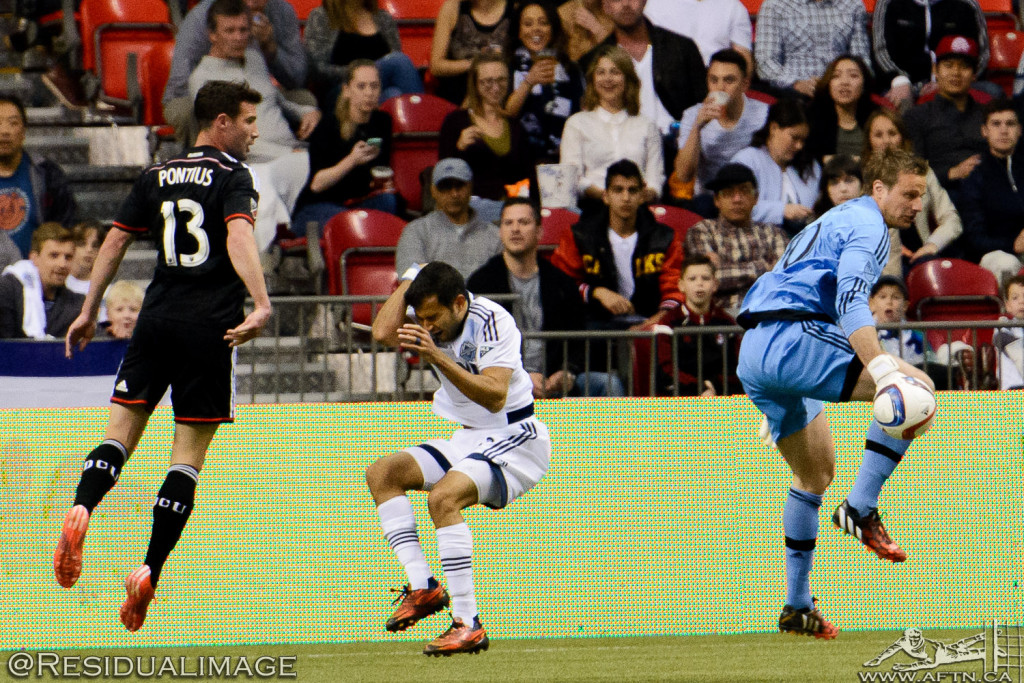 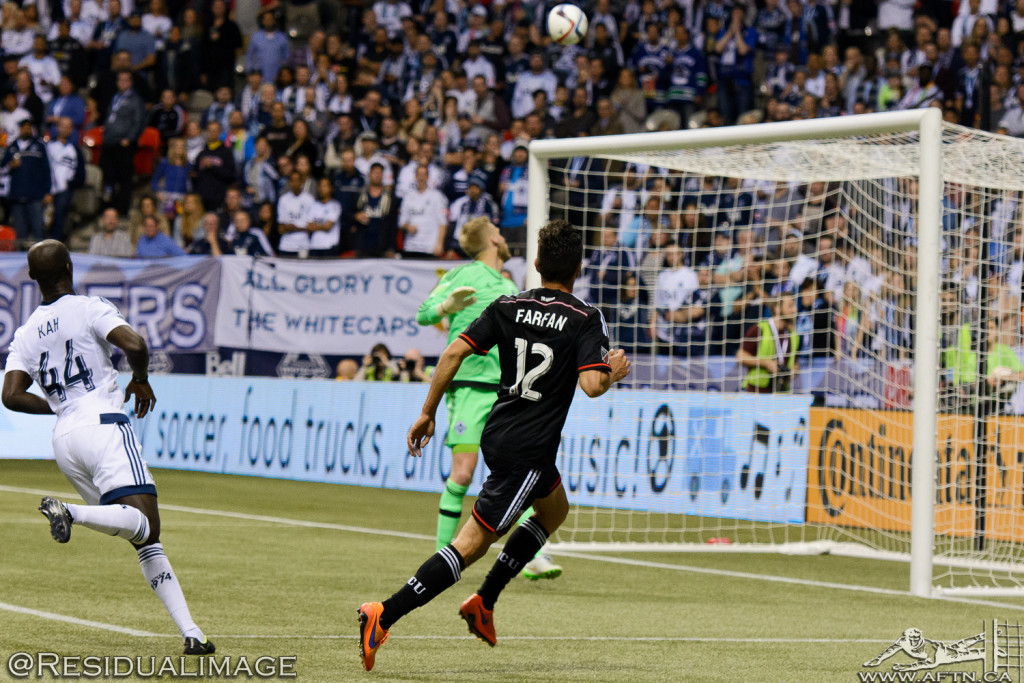 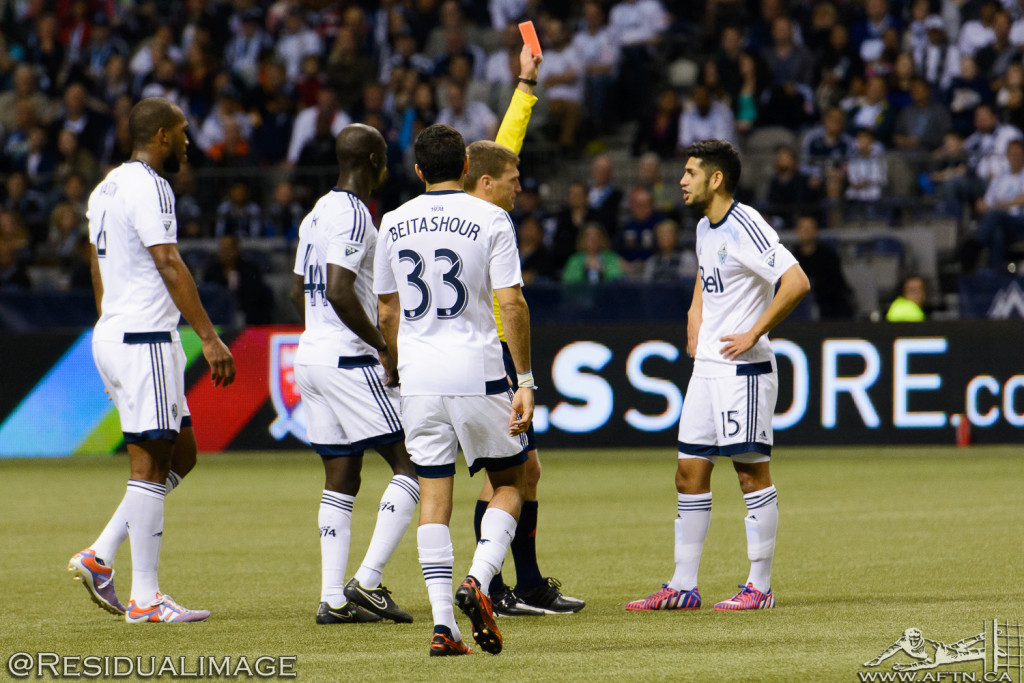 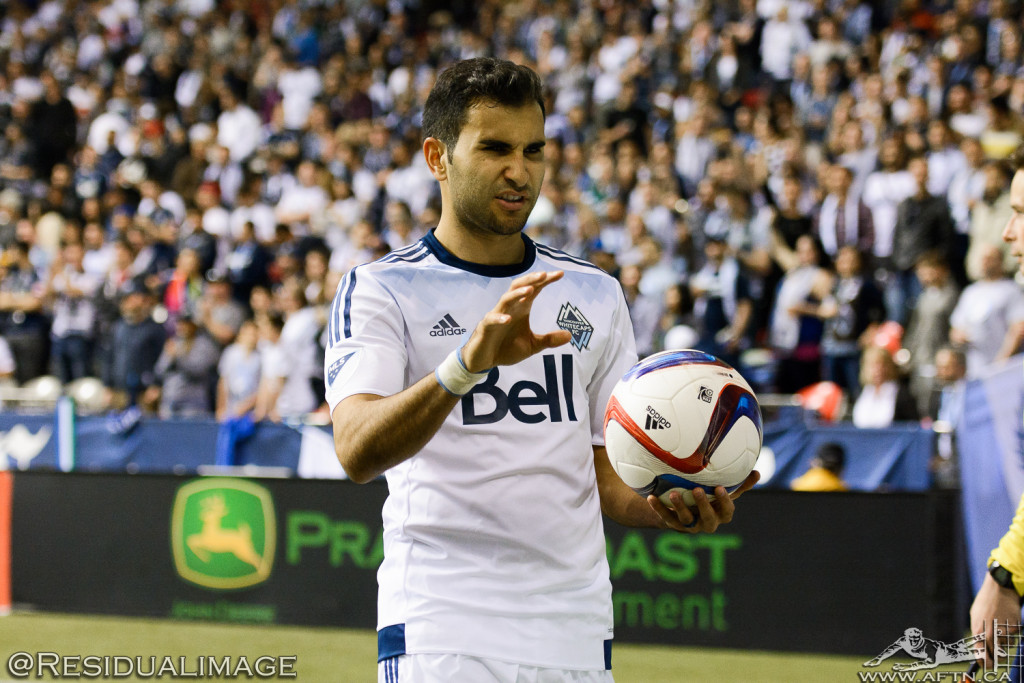 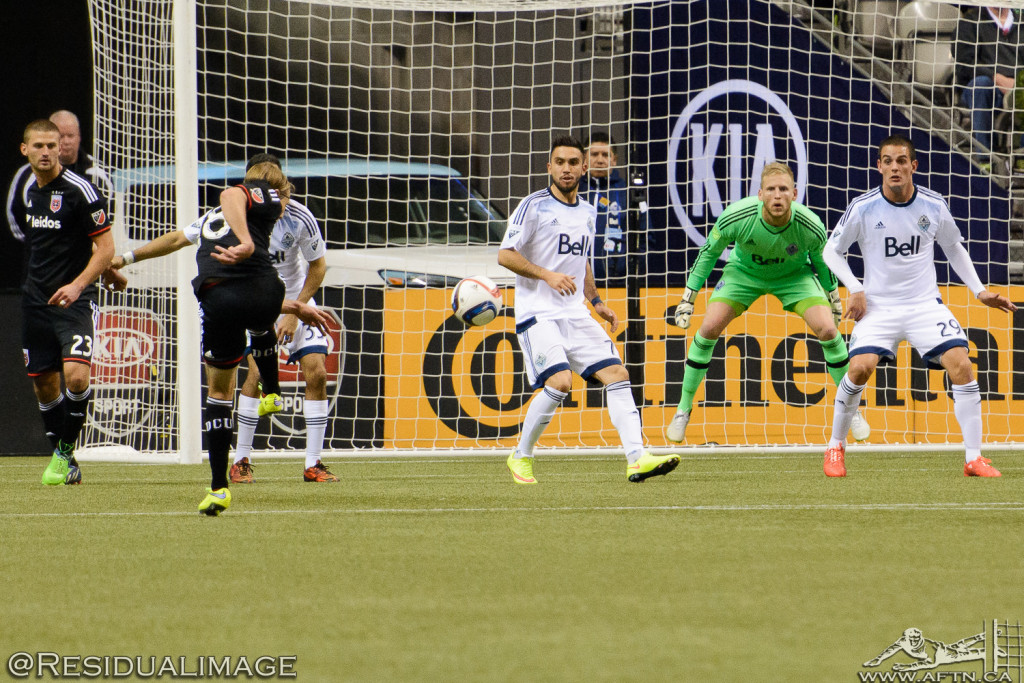 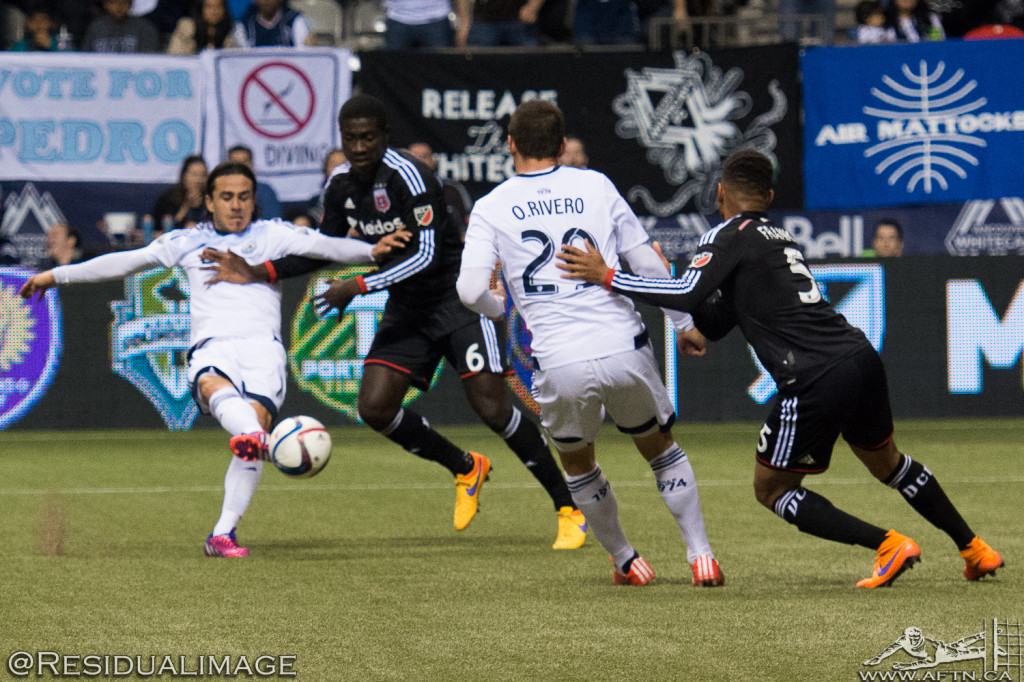 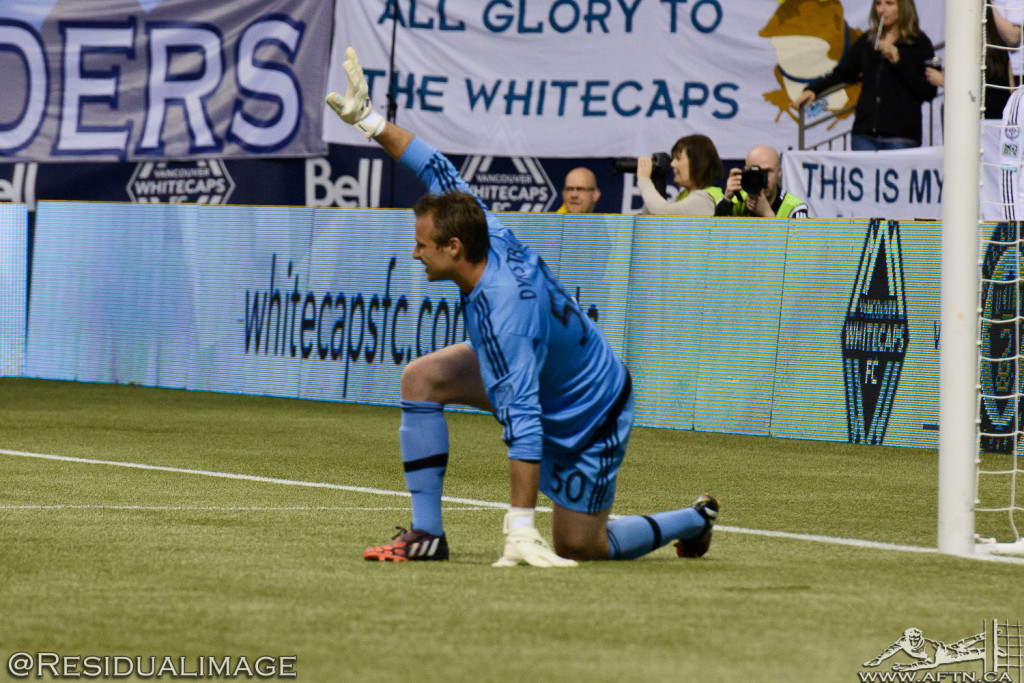 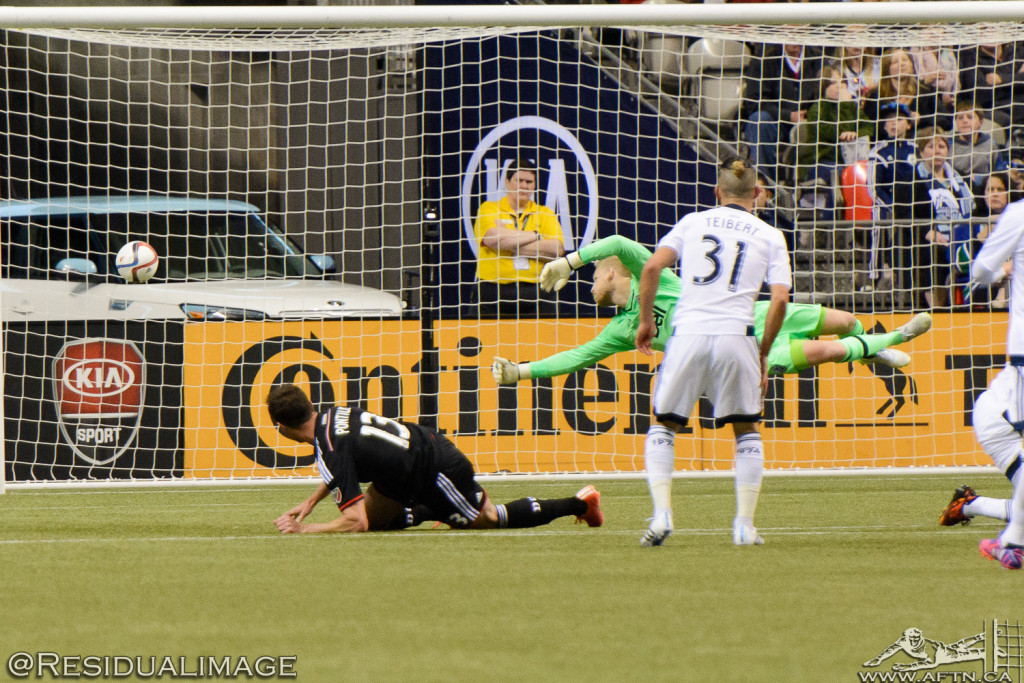 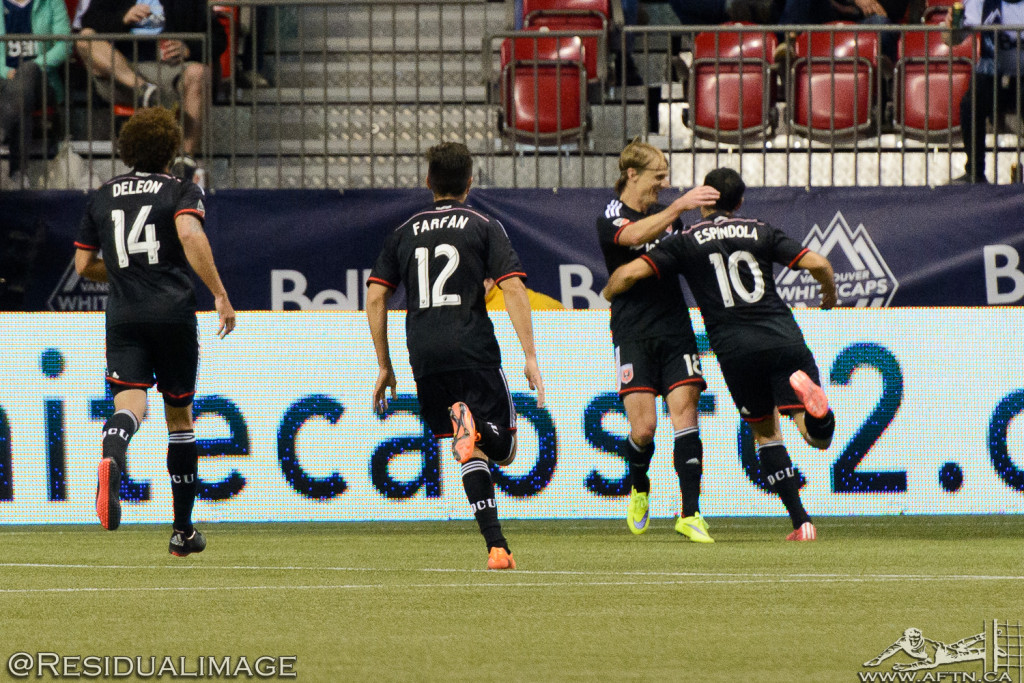 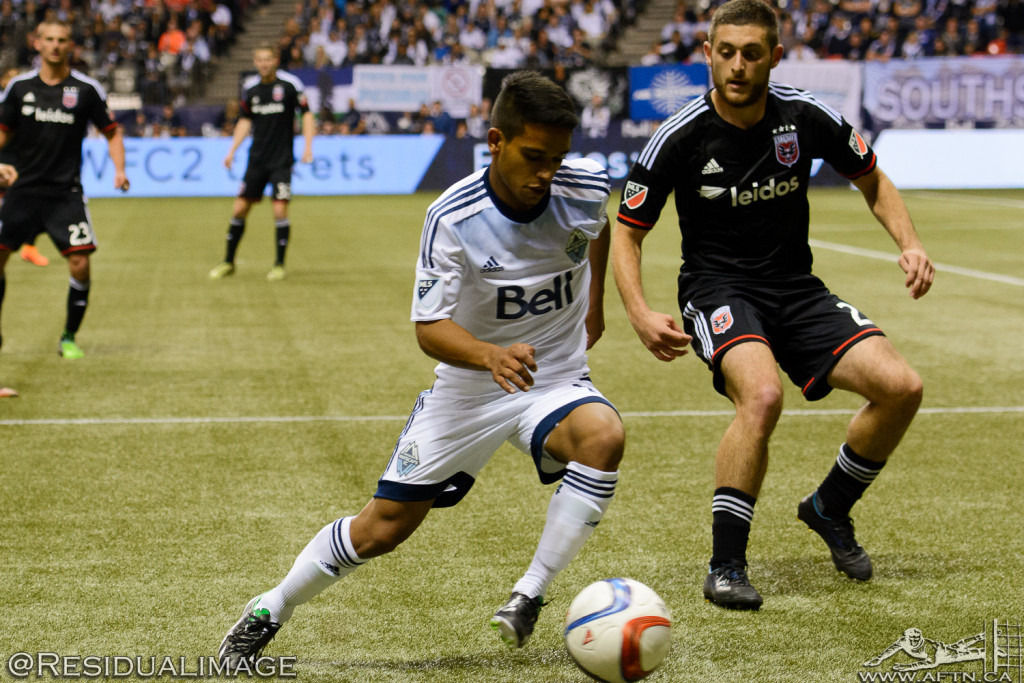 El Bicho makes his MLS debut for the ‘Caps 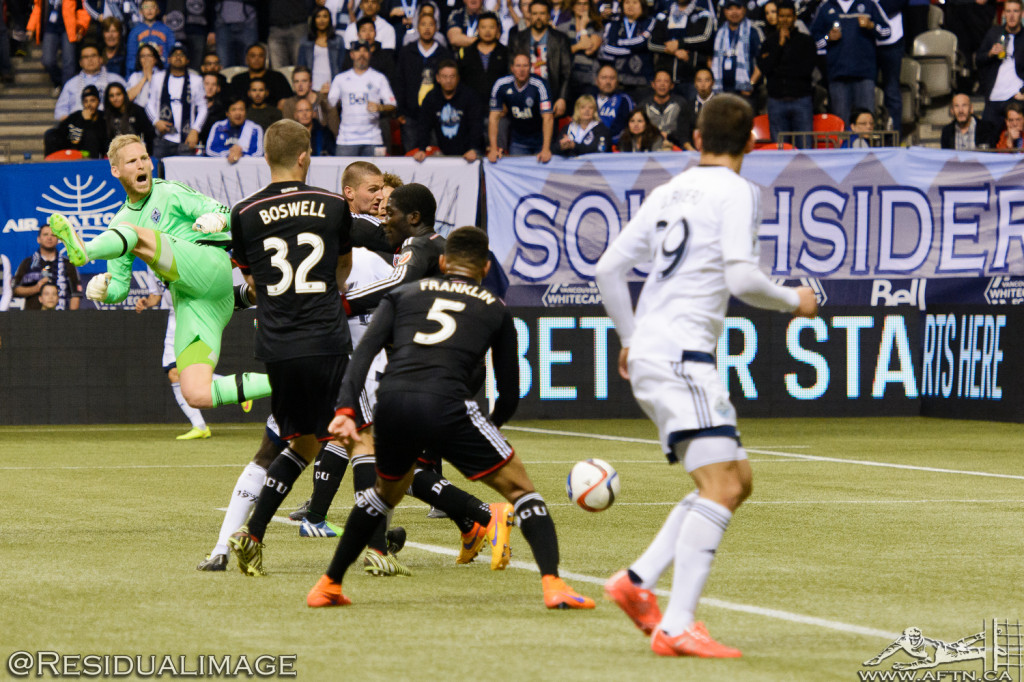 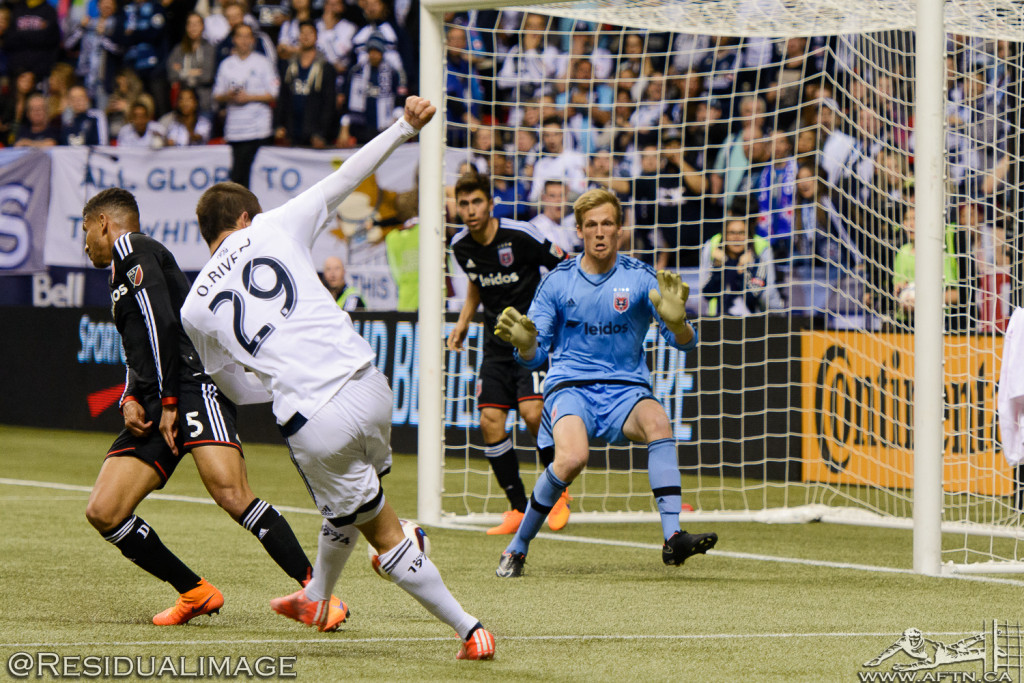 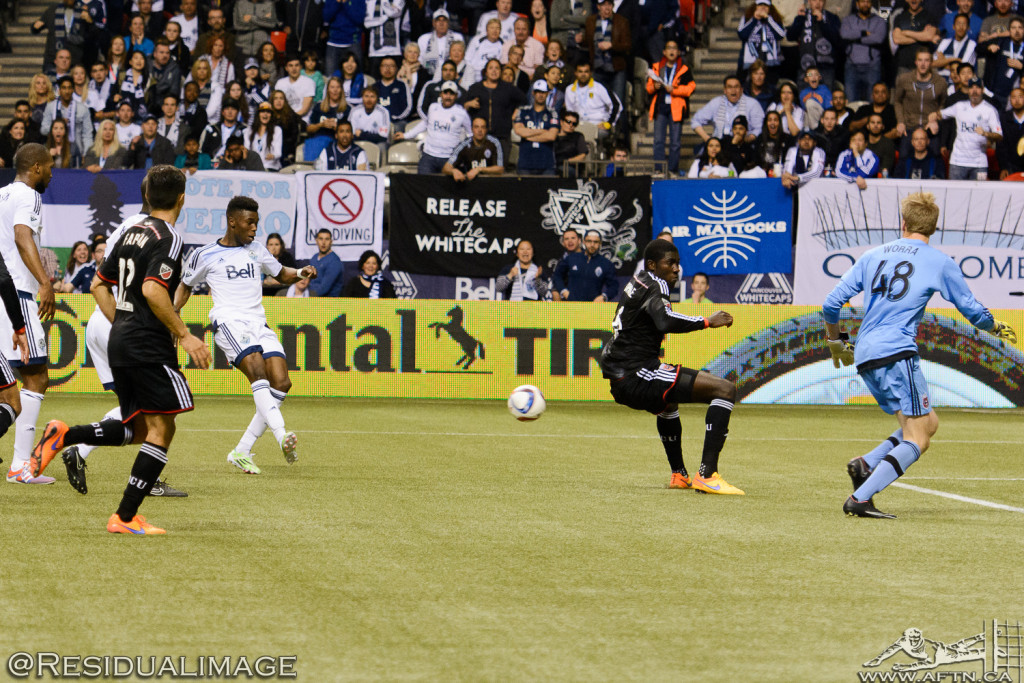 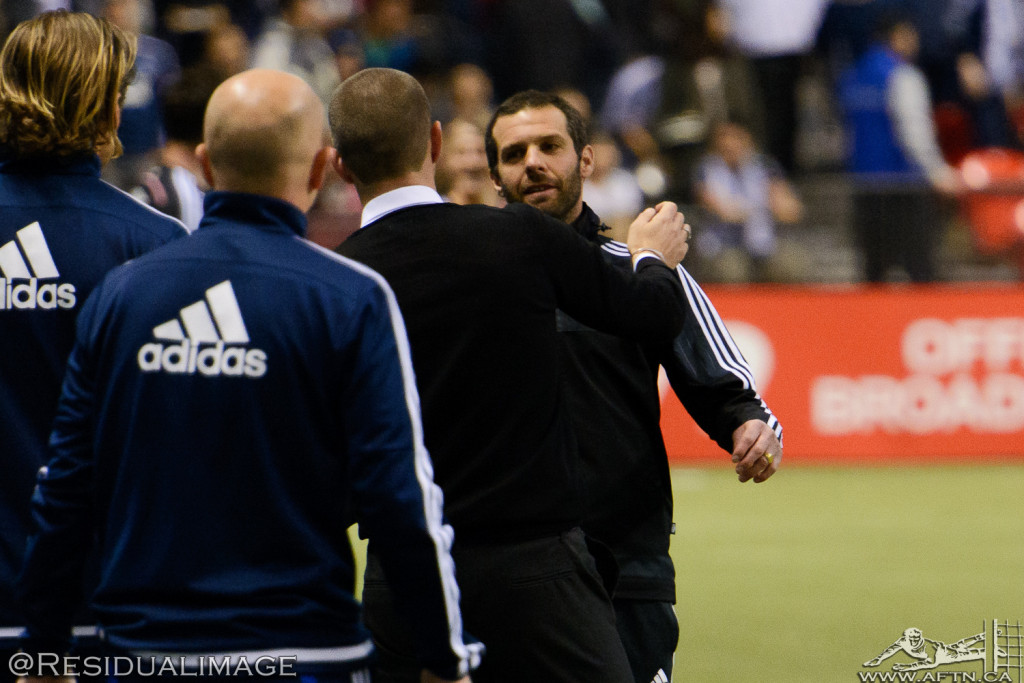