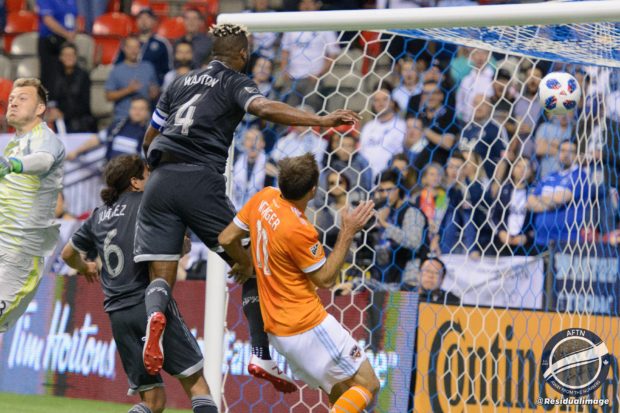 If ever there was a game where Carl Robinson could trot out his “fine lines” spiel after the match, it was this one. Sadly, the Whitecaps had used up all their FLAM (Fine Lines Allocation Money) earlier in the season, so we had to make do with getting our heads around just what happened out there ourselves.

Vancouver Whitecaps dominated a Houston Dynamo team in the second half at BC Place on Friday night. They had 15 shots during the match and a number of close calls, but a combination of poor finishing, dreadful finishing, the woodwork, Joe Willis in the Dynamo goal, bad bounces, and possibly the wreckage of a dozen mirrors and a run over black cat behind the scenes, left the ‘Caps needing a last ditch header from Kendall Waston in stoppage time to save a point.

You can point a lot of fingers at Robbo this season, but he can’t put the ball in the back of the net for these guys. That’s all on the players. A bad night at the office or is the quality simply not there? That’s all for another day.

For now, regular AFTN photographers Tom Ewasiuk (@ResidualImage) and Caroline (@FrogPhoto) were there to capture what action there was before, during and after the game. Here’s their “Story In Pictures”, with a full Flickr slideshow at the end. 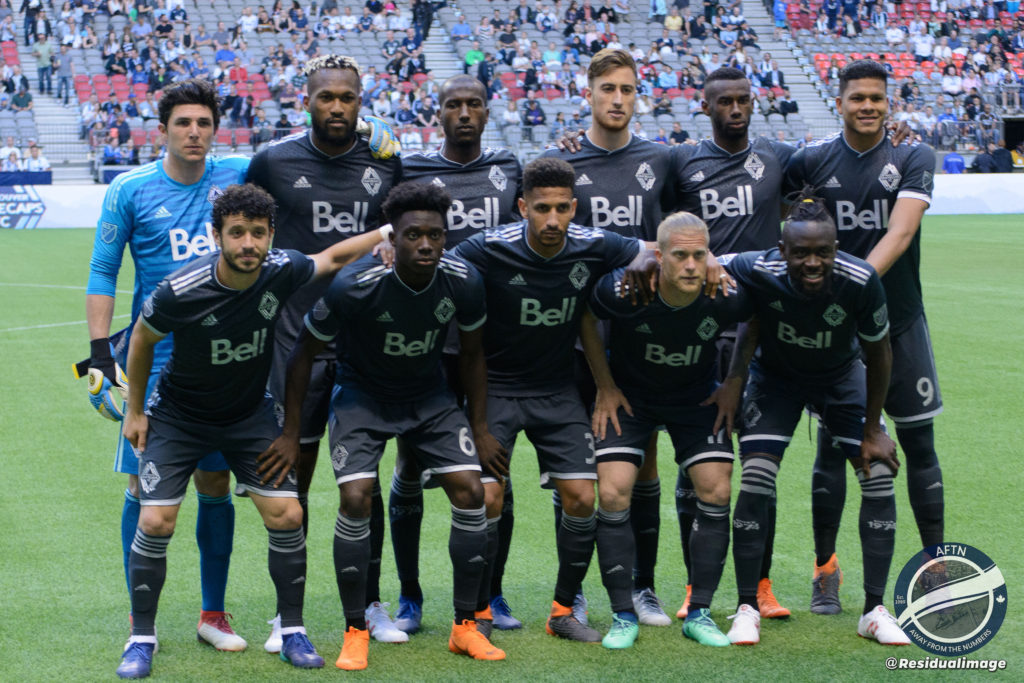 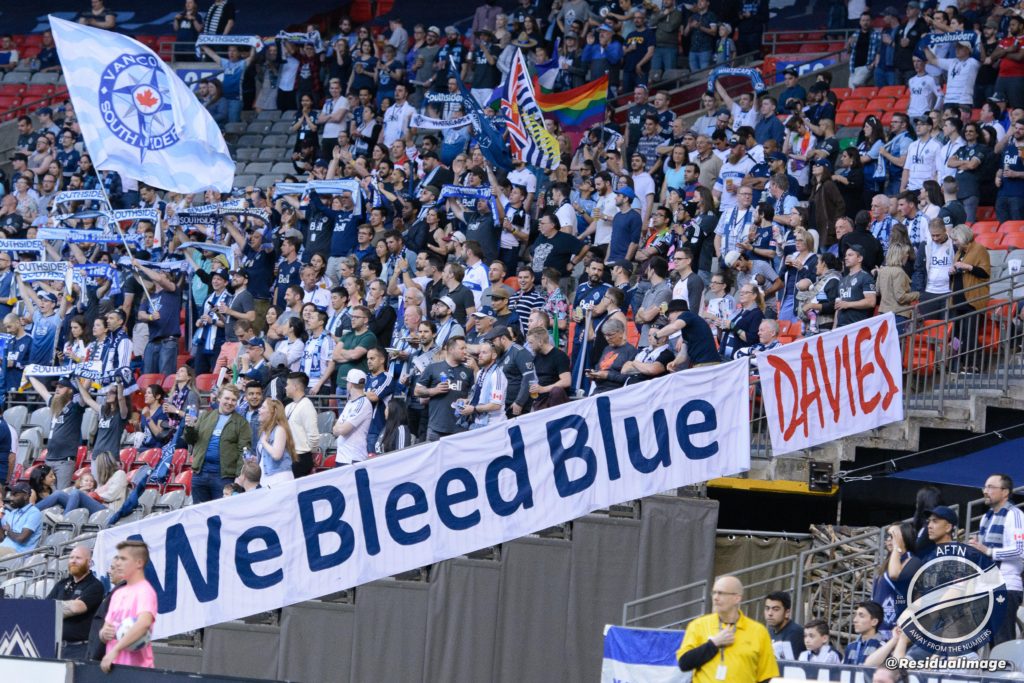 The blue bloods of the Southside 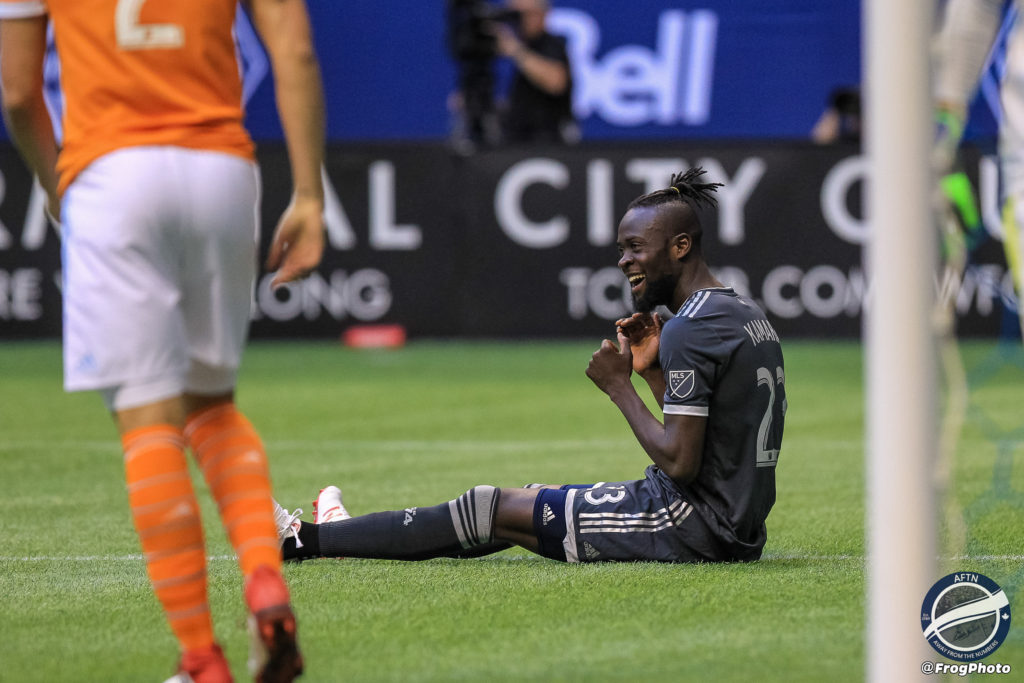 Kei Kamara had the first chance of the game, heading over a Bernie Ibini cross three minutes in, but there wasn’t a lot of goalmouth action in the opening half hour 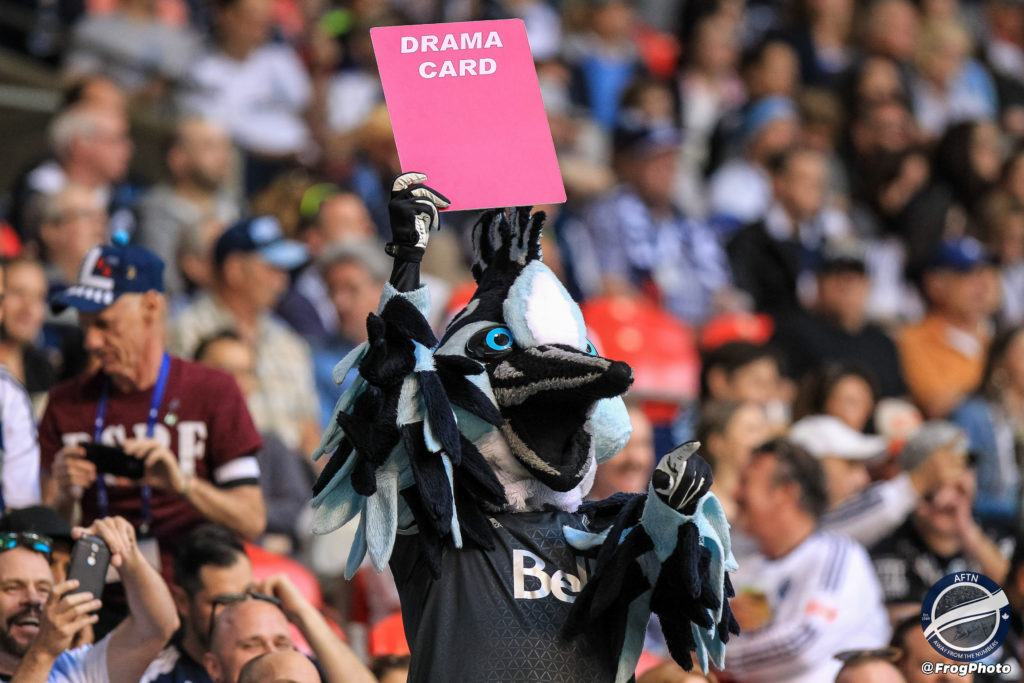 Seeing a red card at a Whitecaps game? Surely not 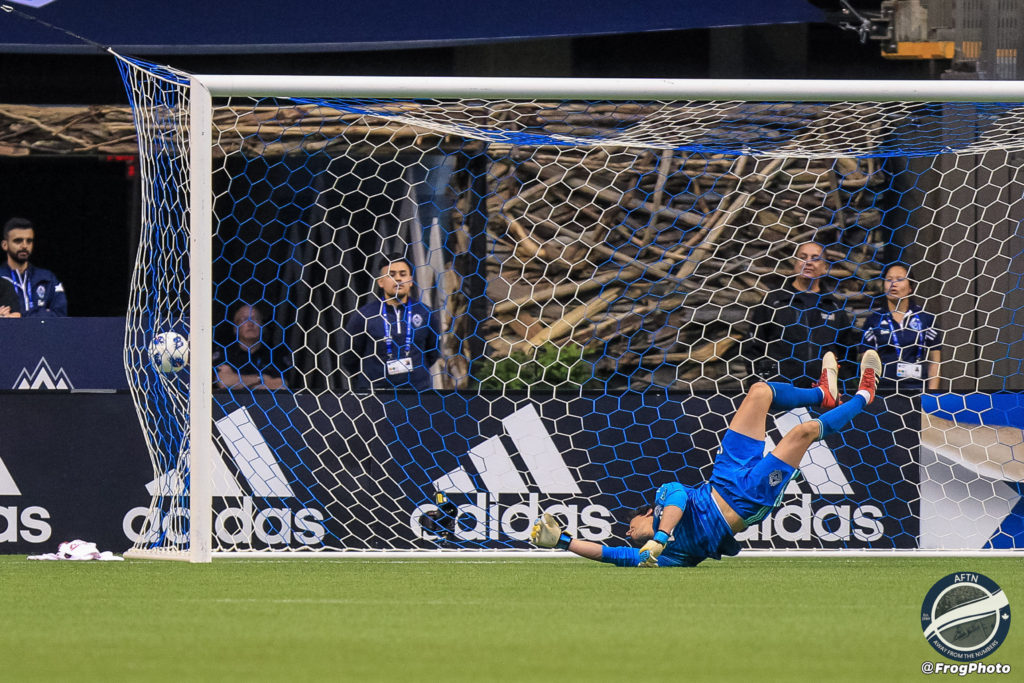 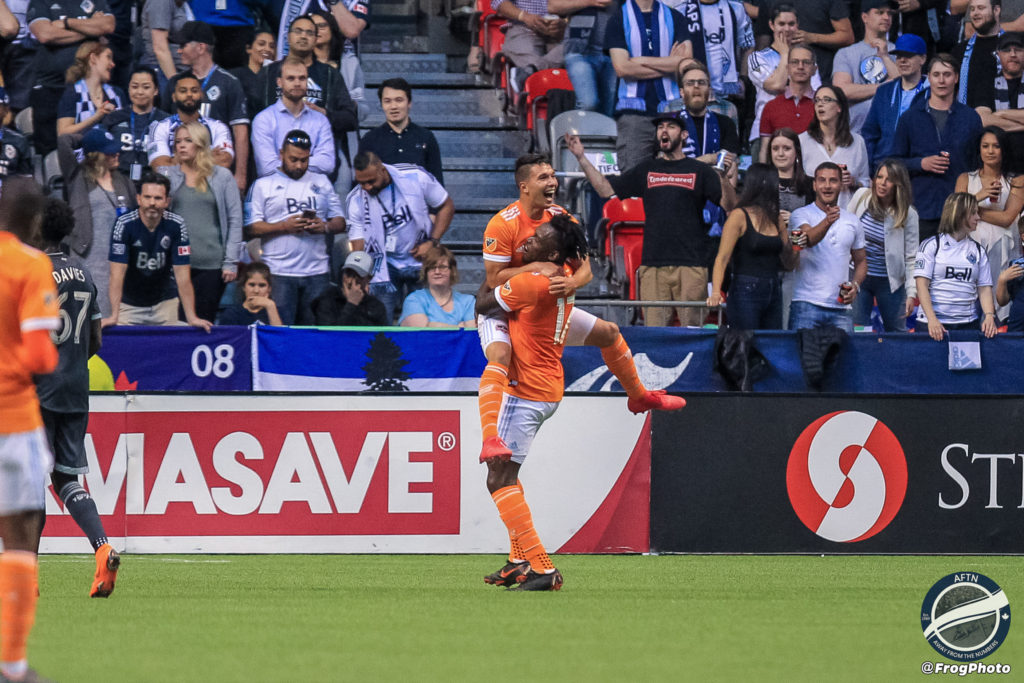 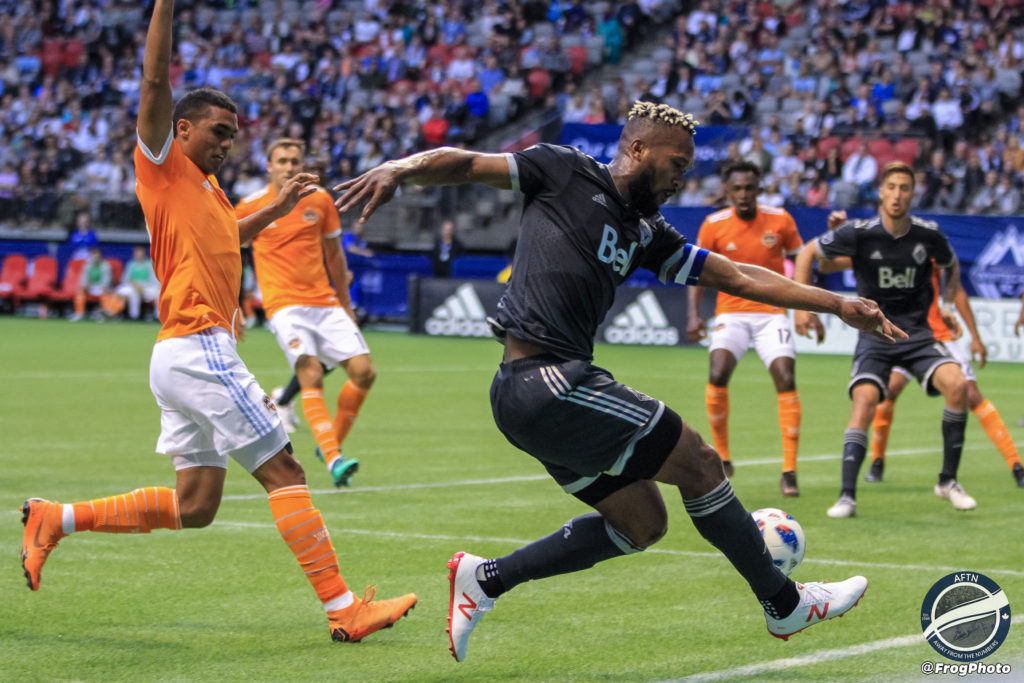 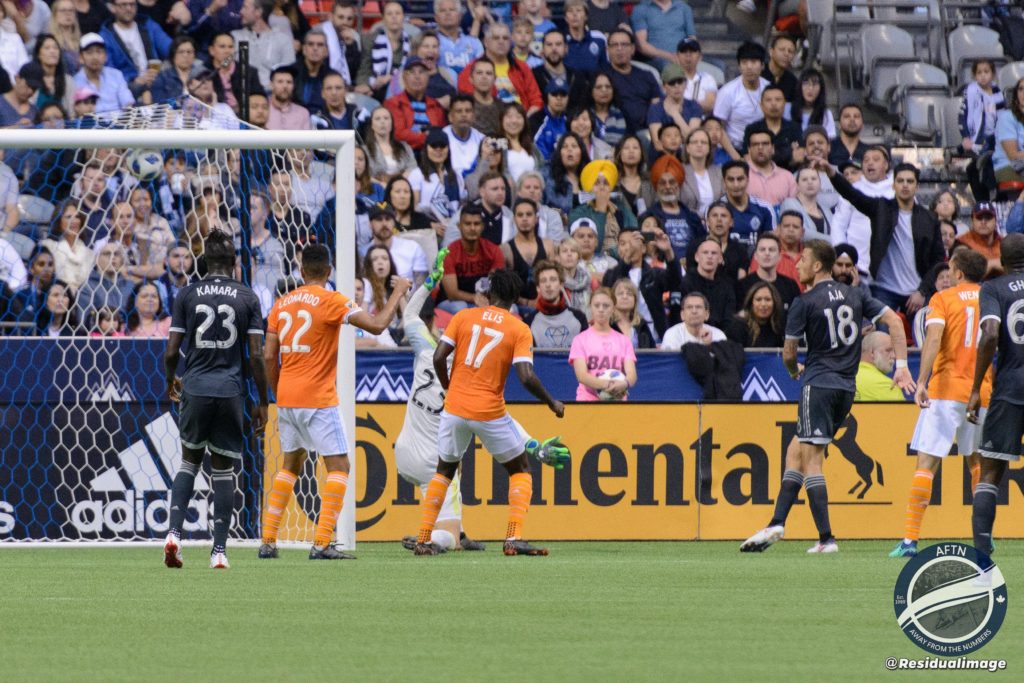 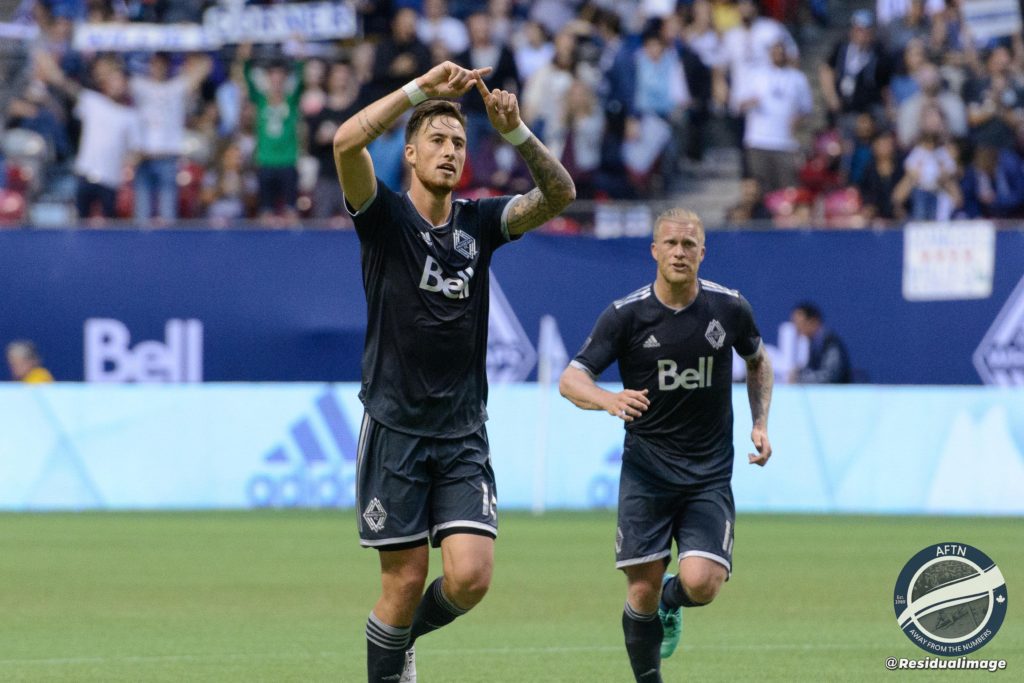 His first goal as a Whitecap and in MLS 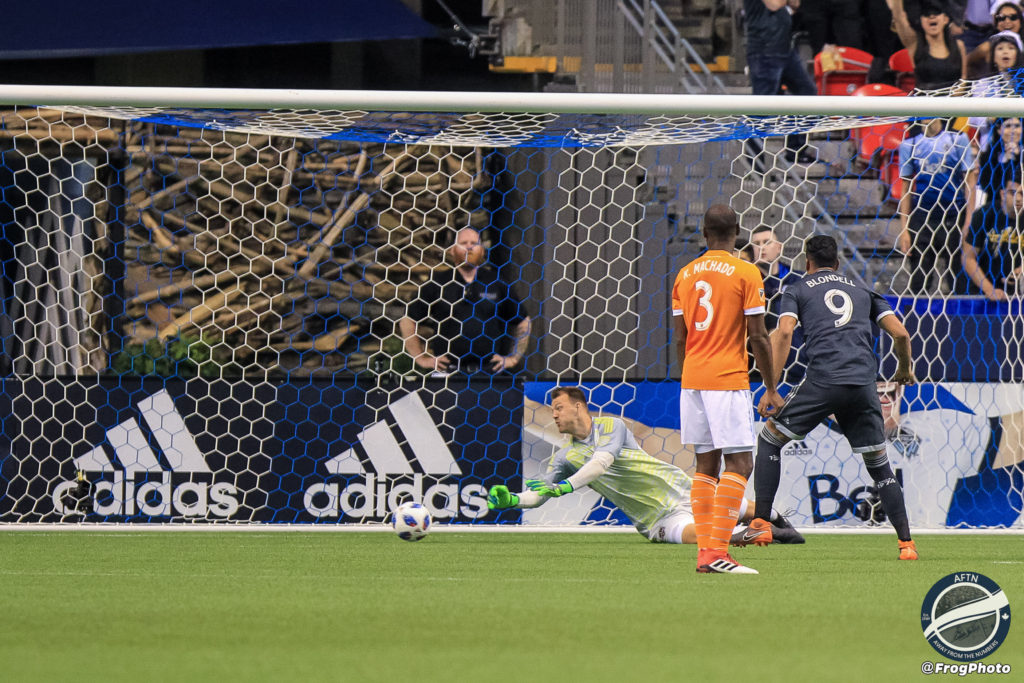 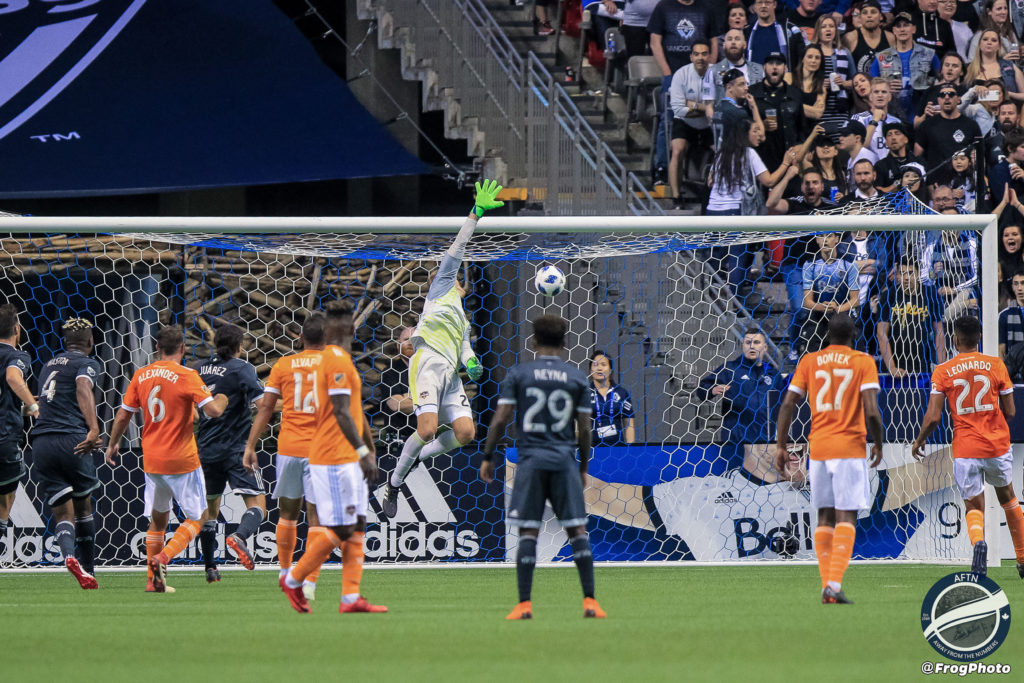 Were thwarted by the woodwork 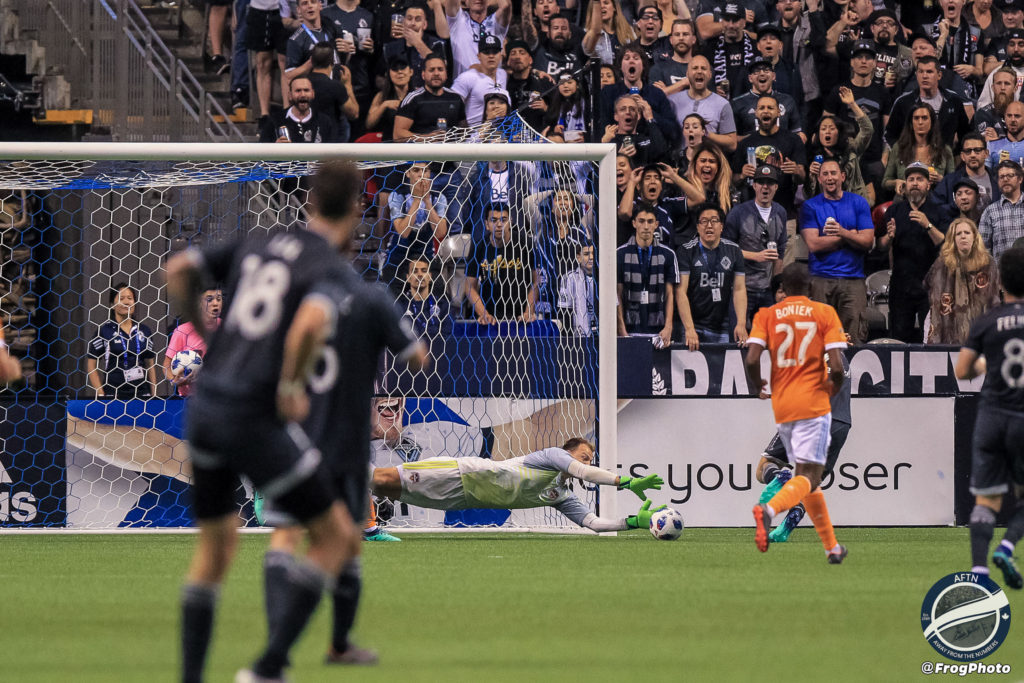 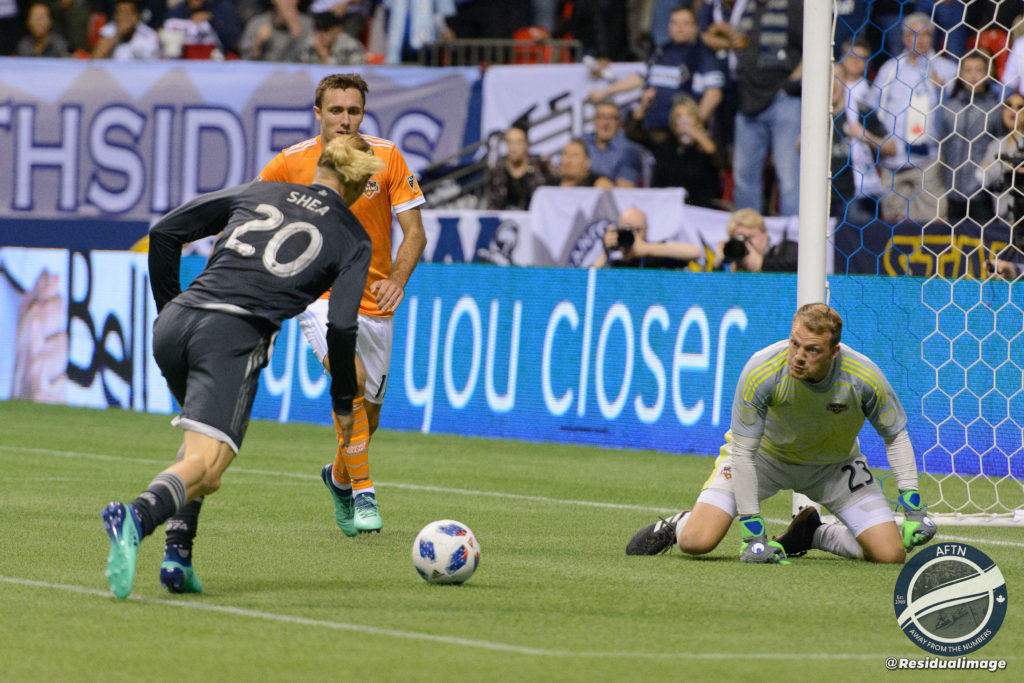 And whatever this was from Brek Shea 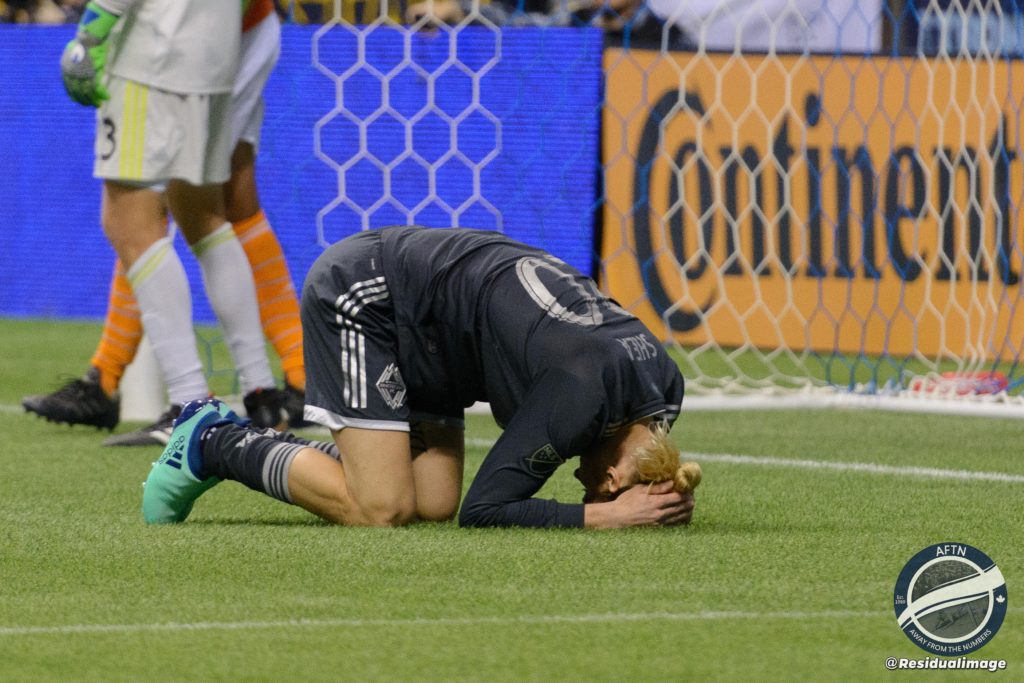 AFTN’s Miss of the Year winner? Let’s hope so, as we don’t want to see another one as bad 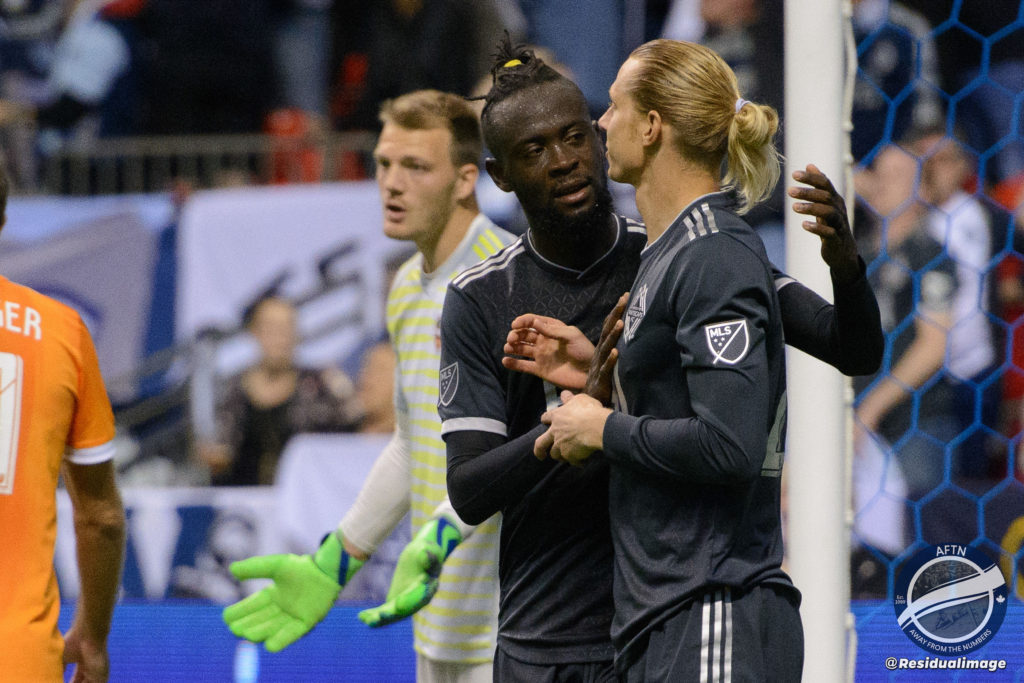 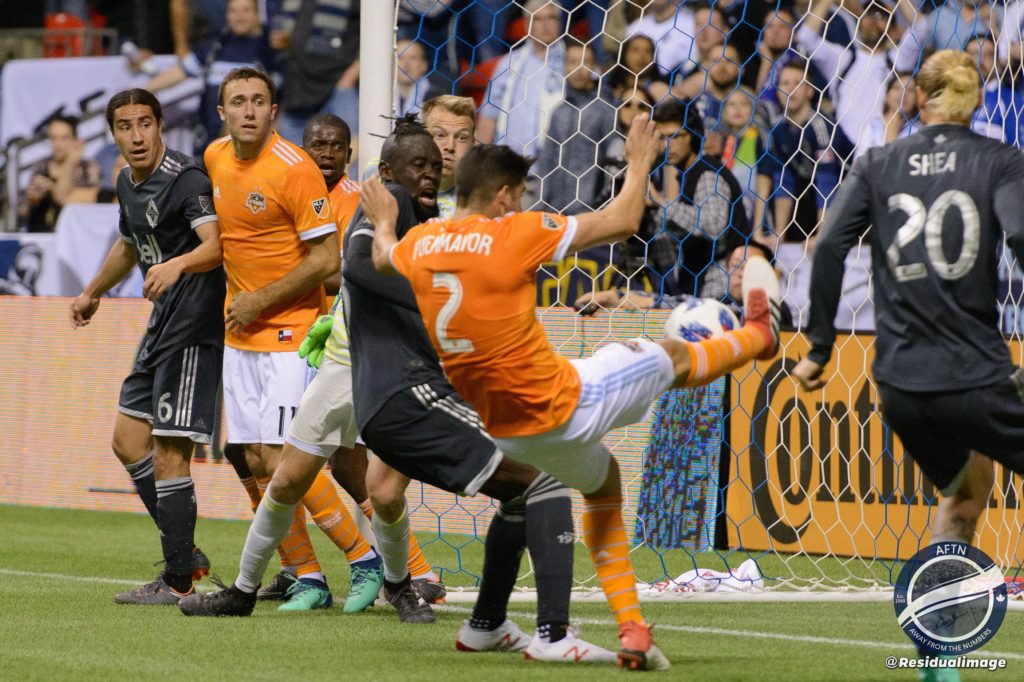 Then there were more close calls 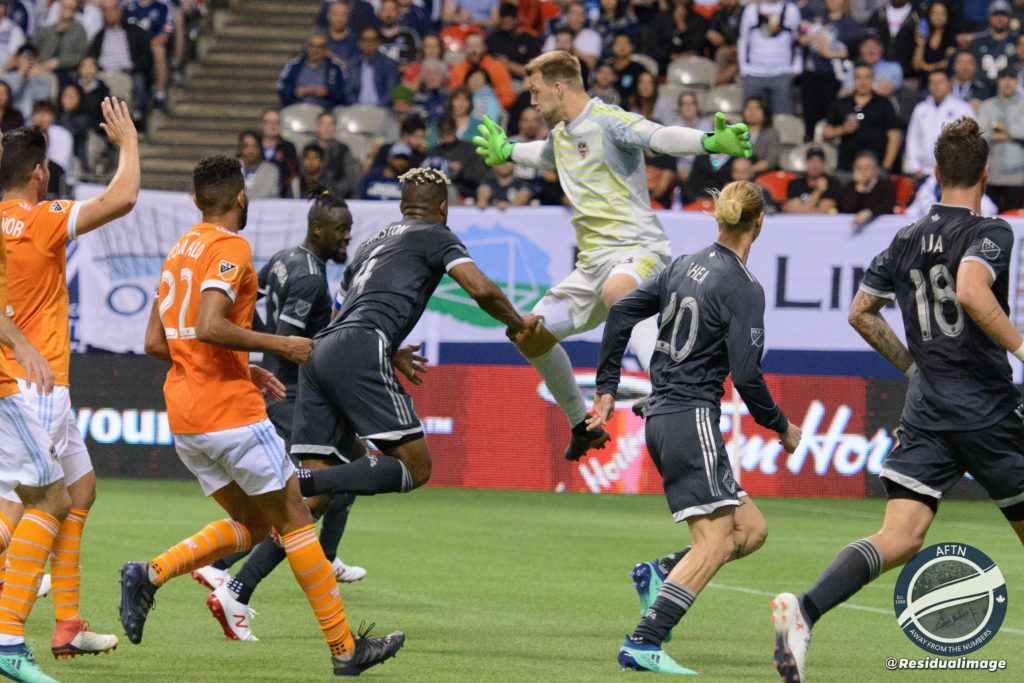 And strong goalkeeping, as Houston were on the ropes but not put away 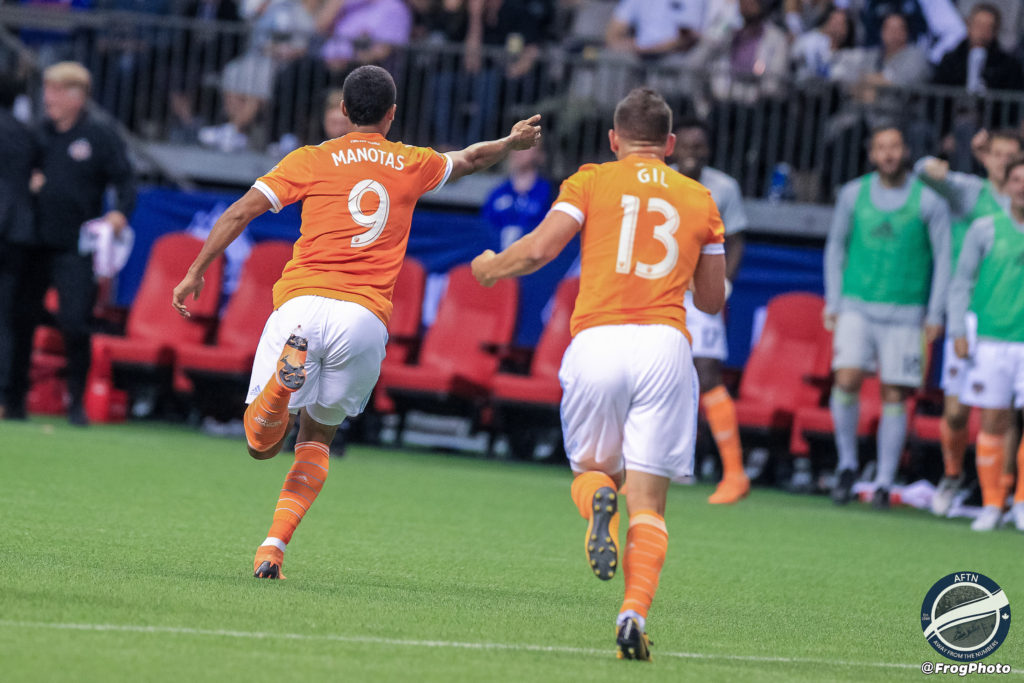 Which of course only meant one thing, a 90th minute sucker punch from Mauro Manotas to give Houston a 2-1 lead very much against the run of play 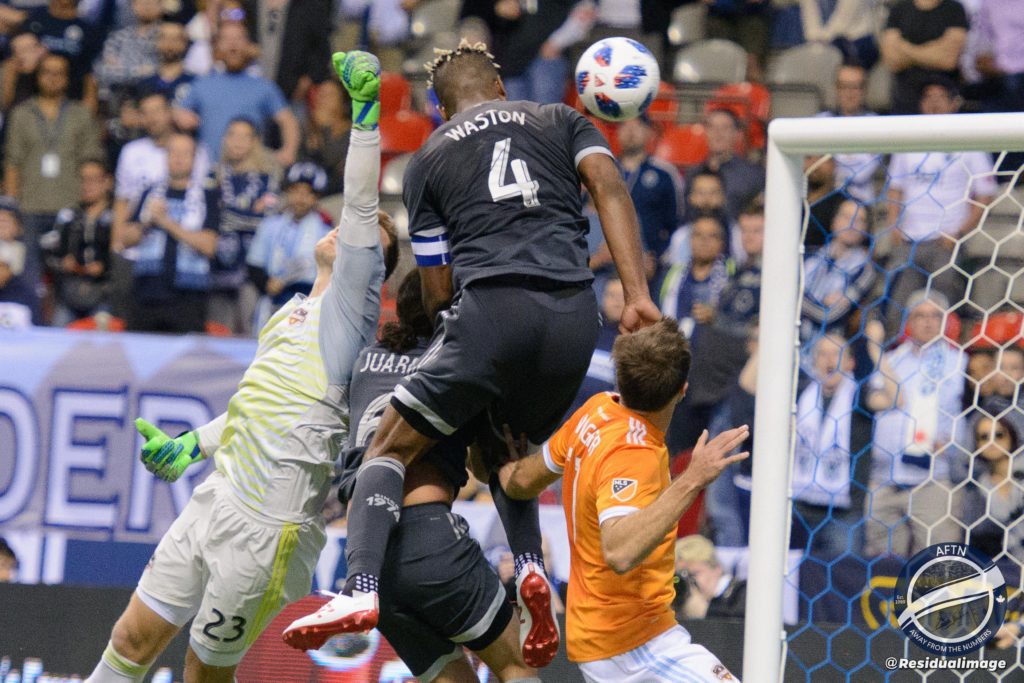 But if Houston thought they were going to get their first ever win in Vancouver, Kendall Waston had other ideas 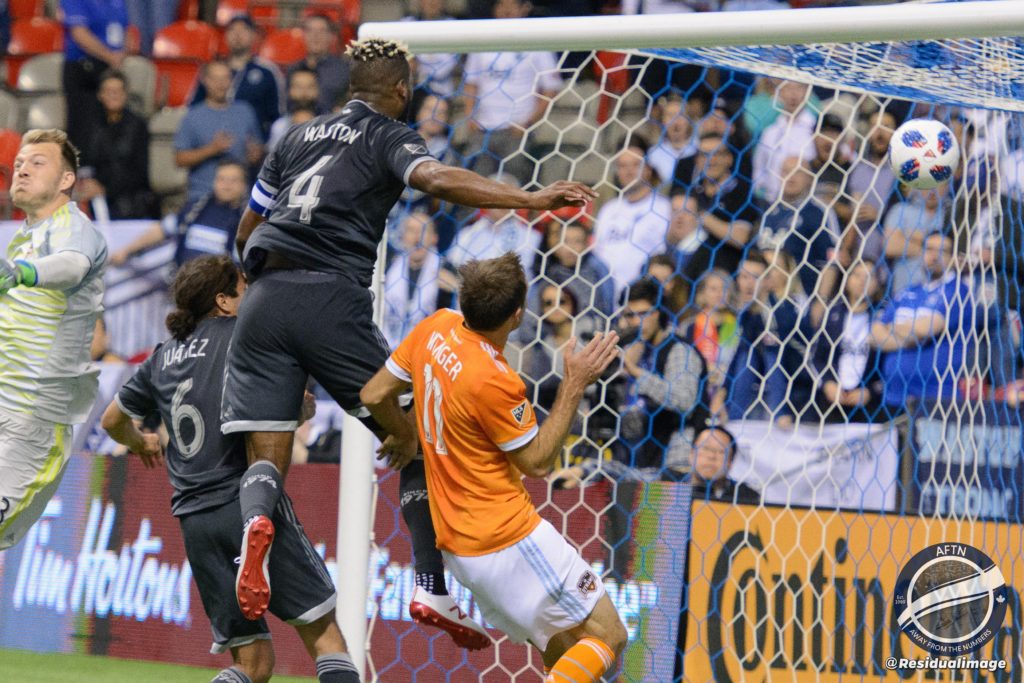 And the ‘Caps captain headed home a dramatic equaliser four minutes into the three minutes of stoppage time added on! 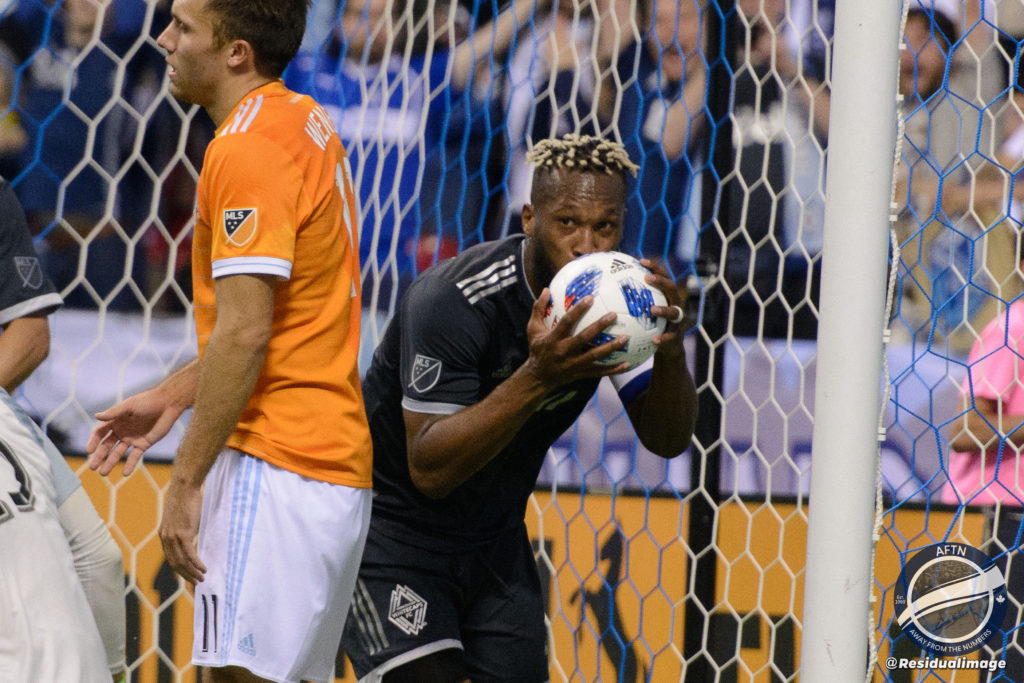 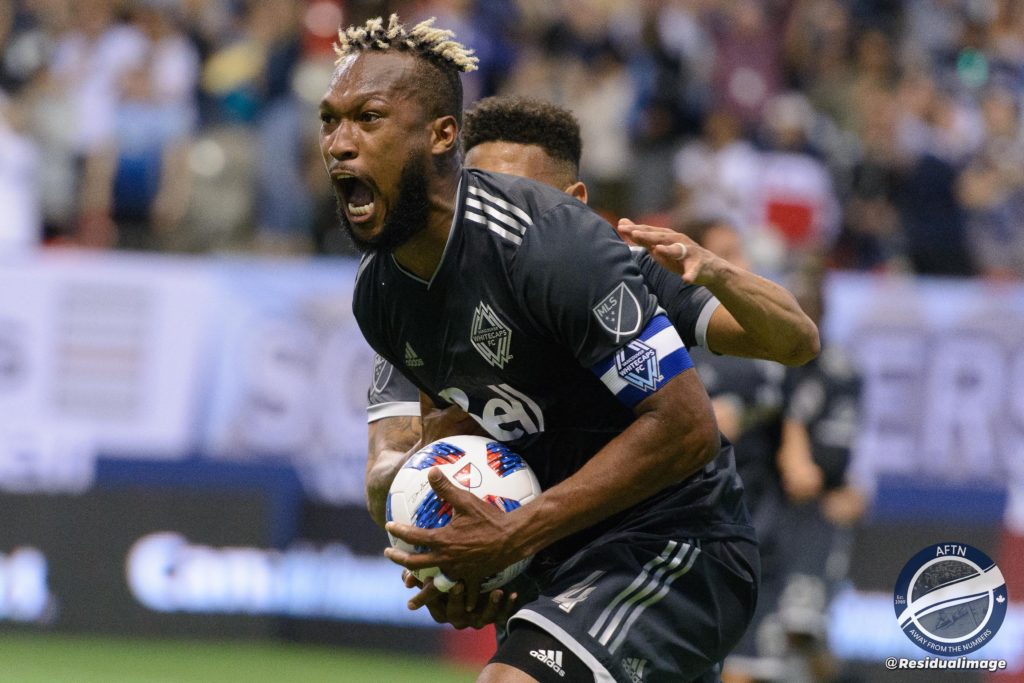 Look at the sheer joy. Although still two points dropped.