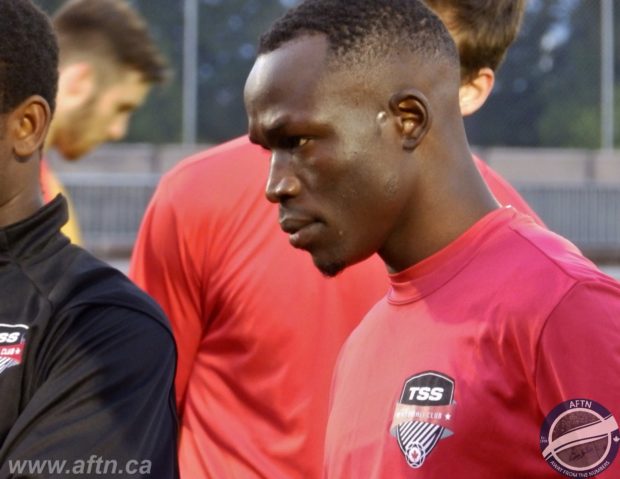 Look around the lower leagues of North American football and you’ll find lots of stories of hope, of dreams, of struggles, battles against the odds, and a lot more. It’s one of the many reasons we love covering the lower echelons of the game here. There’s so many great stories to tell, and the football’s a lot more pure and enjoyable as well.

There’s certainly a lot of great tales to tell around the TSS Rovers squad, but perhaps none of them encapsulate what the club aspire to be more than that of new striker, 23 year-old William Raphael.

Raphael is a refugee from South Sudan. A Canadian Permanent Resident who made the move here just after he turned 21-years-old, after spending his whole life in the refugee camps of Kenya.

His family fled to Kenya when he was just six months old, as the atrocities of the second Sudanese Civil War ravaged their homeland. He grew up there, went to school there, and played football there.

“That’s the only thing you can do there,” Raphael explained to AFTN at TSS training this week. “There’s nothing. For example, when I finished my high school, there was no university because I was in the camp and you can’t go to government schools.”

The refugee camps were all he knew before a scholarship award changed his life.

That scholarship was through the World University Service of Canada, a non-profit organization “dedicated to improving education, employment, and empowerment opportunities for youth around the world”. Their Student Refugee Program has been operating since 1978, combining resettlement with opportunities for high education.

They’ve placed over 130 refugee students every year across the country. Raphael was one of them, heading to Simon Fraser University to do an honours in economics a couple of years ago.

“I grew up in the refugee camps,” Raphael said. “I finished high school and then I got a scholarship called WUSC. It sponsors refugee students to come to Canada and do their postgraduate education. So that how I ended up at SFU, then I did trials with them, and they took me in.” 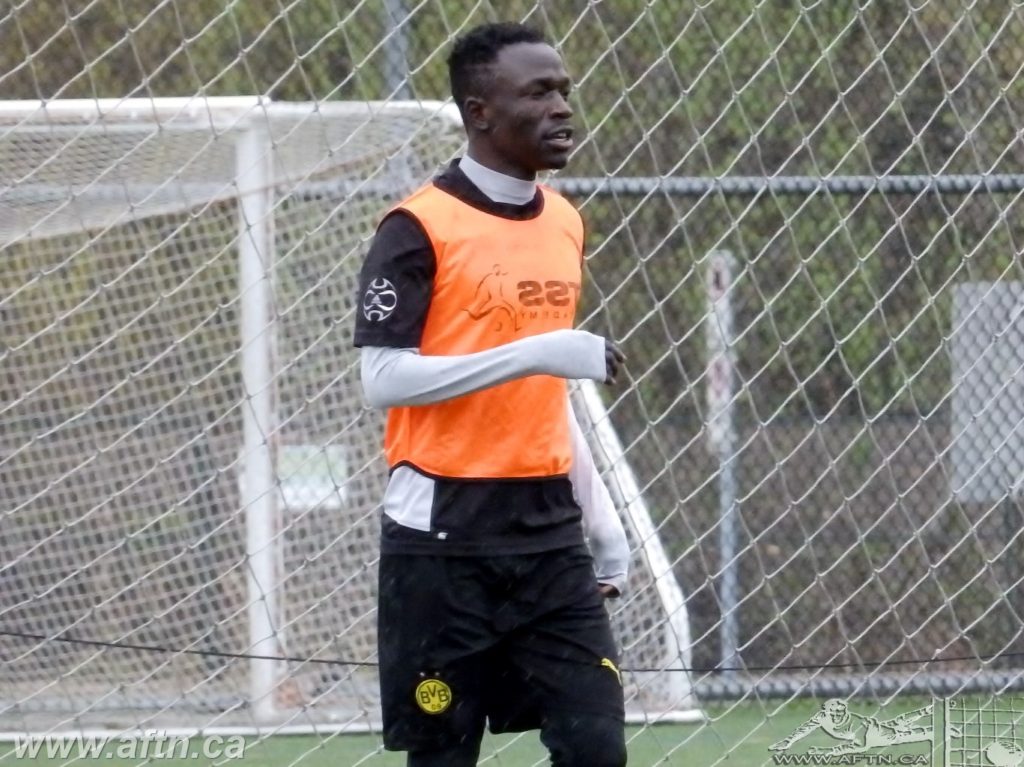 The trials Raphael talks about were the open tryouts that SFU hold for their soccer programs every March. The striker wasn’t even on coach Clint Schneider’s radar when he headed to last year’s trials, but once there, he blew them away.

Both SFU and TSS had hoped to have Raphael wearing their colours last season, but the ridiculous amount of red tape that surrounds international players and the sometimes officious NCAA rules prevented that happening, reducing the striker to just training with both instead.

“Will popped up at SFU open tryouts last spring,” Rovers head coach Colin Elmes told AFTN. “As you can imagine, Clint and his staff sit down in their lawn chairs and they get a lot of keen, motivated people out there but generally it’s just local guys playing intermural soccer and stuff.

“Then Will started running around and they basically fell backwards off their lawn chairs, that’s how they described it, and said ‘wow, this guy is a special talent’. Willie then unfortunately got tangled up on NCAA bureaucracy and was unable to get involved with us last year, partly because if he did he would have lost a year of eligibility with SFU. Finally that’s all been sorted out.”

Raphael will now play his Freshman year at SFU this coming fall, but before that he has his first PDL campaign ahead of him with TSS this summer, and he’s itching to get going.

The Rovers are also itching to having him on the pitch. He’s still very much a raw talent, but Elmes has liked what he’s seen of the striker so far and the goalscoring situations he gets himself into. If they can turn that opportunism into a more consistent finish, they’re excited with what the end result will be.

“He trained with us full last year,” Elmes told us. “He was pretty much at every session. He trained fully this past season with SFU, patiently waiting for this decision to come down. The SFU guys believe that he may be their best player moving forward.

“So we’re super, super excited. Will is a great guy. He was as raw as they come. When we brought the guys into camp last year we started working on some individual group and defending stuff to start and he had no idea what he was doing, but he learned very quickly.

“I know that Clint and his staff have taken him to the next level over the course of August through to now. He’s been playing here in the VMSL a little bit the last little while. We think that Will might be our ace in the hole when we get going here.” 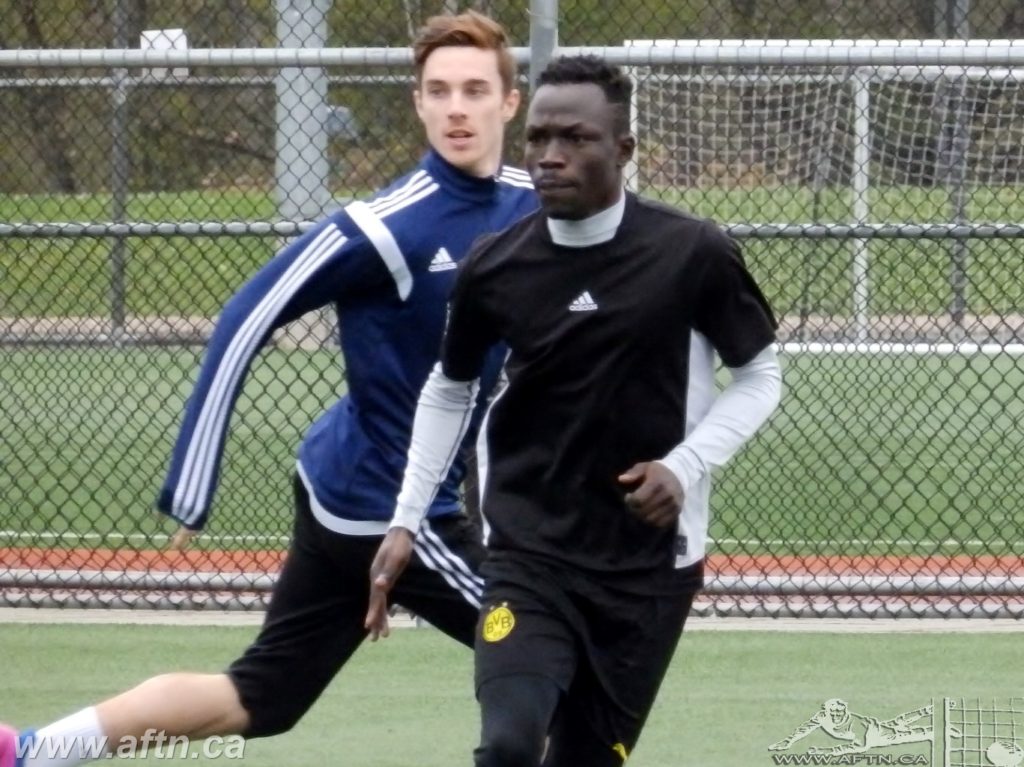 That rawness that Elmes talks about is understandable. These are the first professional training environments he’s been around. He never had coaches telling him the finer complexities of the game. What he has is a natural talent, all of it honed in the harsh conditions of those Kenyan refugee camps.

That’s where his love of the game began and he played as much as he could.

“We played every day in the street,” Raphael told us. “I played for my county, which is like a province, and I’m still their top scorer. We played a lot of leagues. Every holiday, because we have three semesters every year. Between the semesters. I played for my high school too.

“I played soccer almost every day, but coaching, tactical stuff, and other things, we never had that. We’d just go there and play. You just evolve skills and just play soccer. On the coaching side, that’s mostly what I’ve learned here. How the game is played. How it’s more mental and the tactical thing, and more of a strategy.”

You can see the development he’s made this past year. He looks a far more tactically aware player than we saw at training last season. Still raw, but more focused, and with a lot of future potential. Much of that is down to the work put in by Raphael, Schneider, and his management team up at SFU.

“SFU really have such a good program,” Raphael enthused. “From the coaching staff and the way they build things, it’s really unique. The support is really good. Clint is a good coach, and the assistant coach Kevin Harmse, they have been really helpful, especially to myself. They really motivate me all the time. It was really hard for me to adapt to a new environment, climate. They’ve been sticking by my side and I feel I have to repay that.”

Raphael has had a spell playing in the Vancouver Metro Soccer League this winter to help hone his game to Canadian ways, scoring two goals for EDC Burnaby and one for Croatia SC. 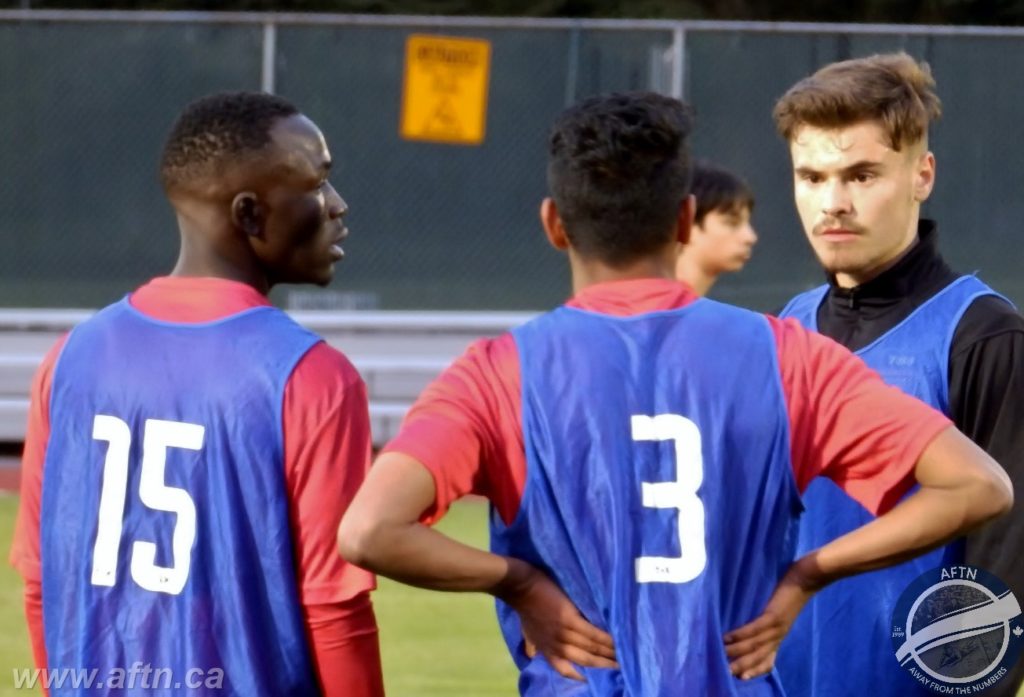 Now he’s just looking forward to playing his first minutes with TSS Rovers and he’s excited with what lies in store for the squad this season, after seeing what he feels is a marked improvement in quality from the players Elmes and Cromack have brought in this year.

“This is very different,” Raphael feels. “It’s really more competitive. I think this year is just going to be a different level. The standard we have right now, even from the training, it’s very different. The way the players are feeling, their spirits are so high.”

Raphael’s story is a great one to share and his footballing journey is really only getting underway.

And for the TSS management, it epitomises what they are hoping to achieve with the Rovers.

“Everything we dream about is helping to create a player or to create a pathway for a player to make it to our national team and make a difference,” TSS’ Will Cromack told AFTN. “So having a guy like Will show up out of nowhere, who really does show and have a lot of X factor that you can’t always find.

“He’s so happy to be a Canadian and be living here and be given opportunities. There’s just a certain hunger. He hasn’t been handed everything on a plate. Adding that humility to our training that is so necessary for our Canadians to understand but also grapple with and get a hold of. That they’ve got to do something and create something for yourself, and he’s got that.

“Frankly, when you’re a refugee and you make it all the way to a country like ours and get an education, you already are successful. So for us, super pumped to have a guy like him in there. It’s going to be awesome.”

If you haven’t already got your season tickets to see William and the other lads play, what are you waiting for?! Eight matches (seven league and one friendly) for only $70 for adults and $49 for children, it’s the best value soccer you’ll find in the lower mainland. Get them HERE and if you can’t make it along to every match, the club have a donate a ticket scheme where you can help someone who can’t afford a ticket make it out to a game. The first match is this coming Monday against Lane United. Be there!