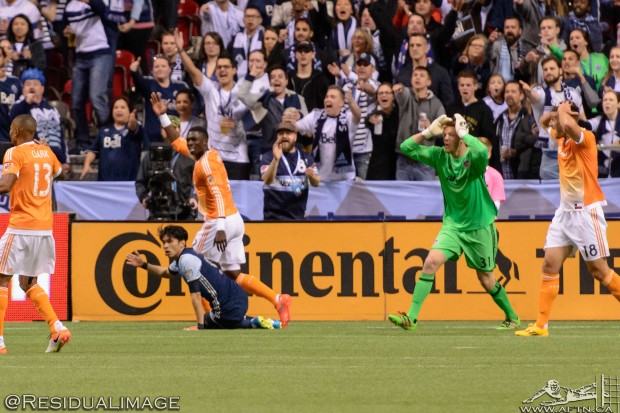 After getting their first of the new season down in Seattle last weekend, Vancouver Whitecaps racked up their first home win and first clean sheet of the year in a hard fought 1-0 win over Houston Dynamo at BC Place on Saturday night.

Pedro Morales made it four penalties in three matches with the only goal of the game in the 21st minute. Houston tried to get back into the game, hitting the post and the crossbar, but the league’s leading attack couldn’t find any way past Vancouver’s makeshift backline and understrength line-up.

There were some definite positives from Vancouver on the night, including some exceptional attacking play in the first half hour and the clean sheet. The lack of goals from open play is still concerning, but as long as they’re coming in other ways, that’s not as big an issue as it could/should be right now.

The wins sees the Whitecaps finish March with two wins and two defeats, with the team still very much finding their feet. Satisfying, but a lot of work is still need. Onwards and upwards. 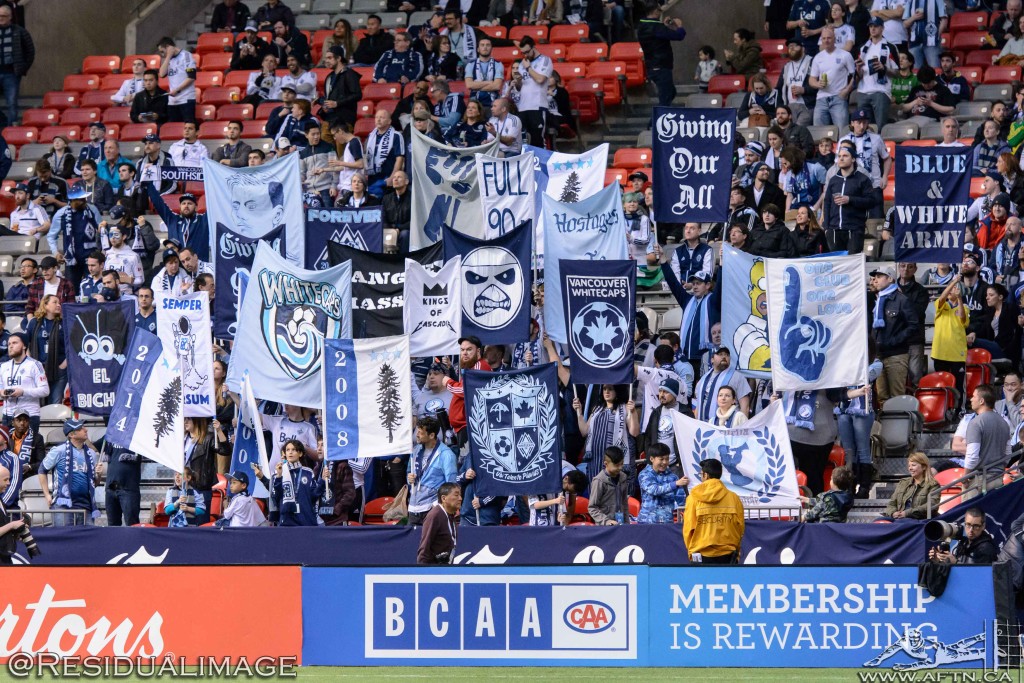 Curva Collective are ready for battle 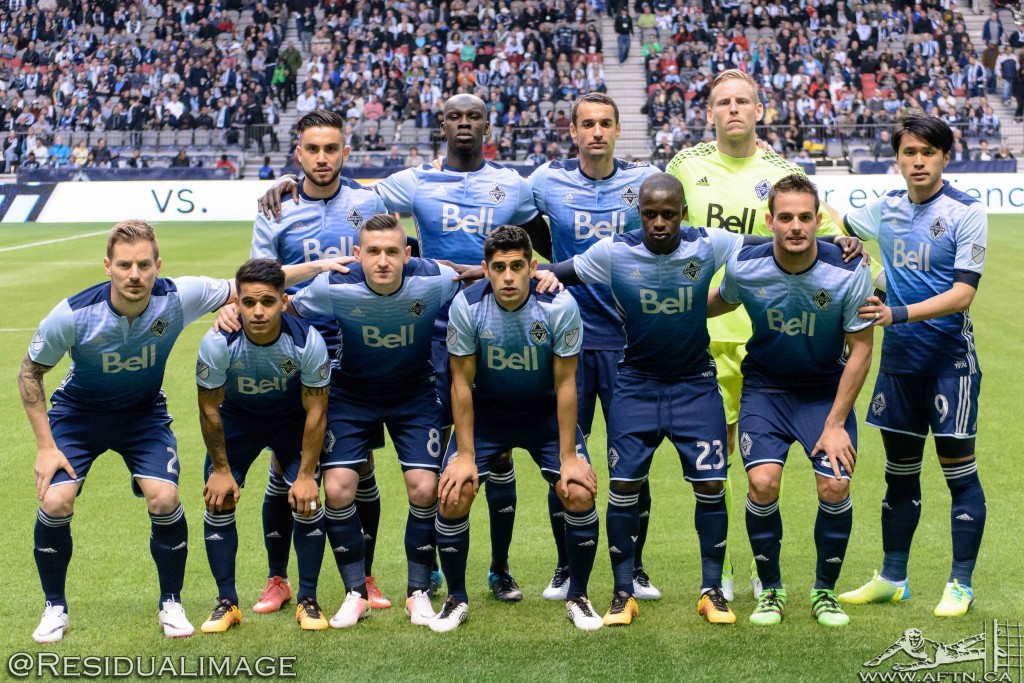 Vancouver Whitecaps’ starting eleven – the framing of this is line-up is just so off! 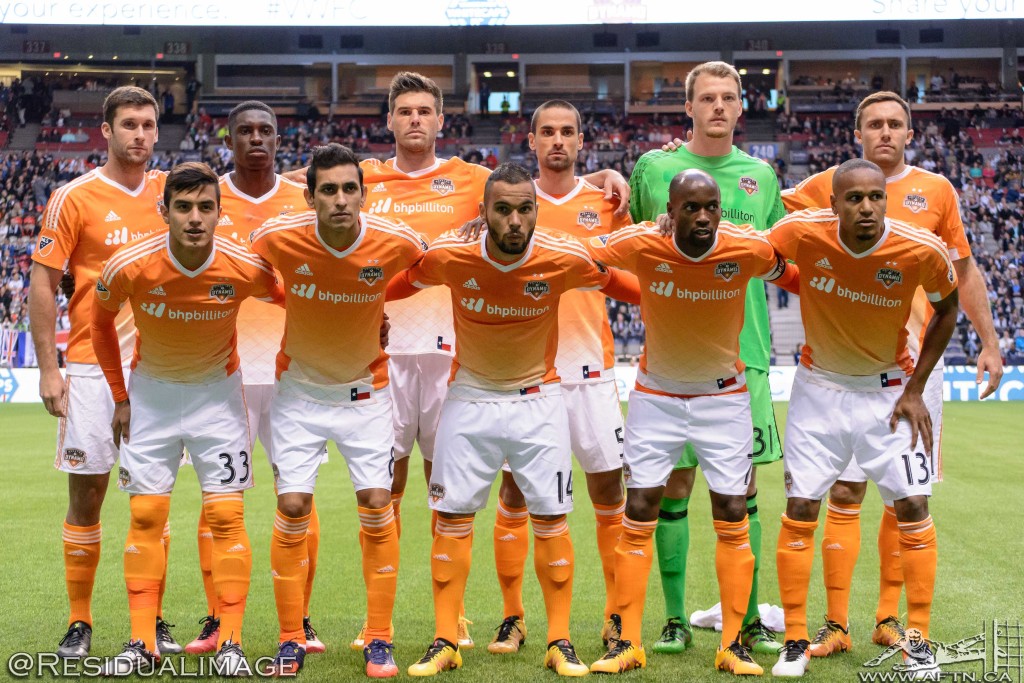 Say hello to the bad guys 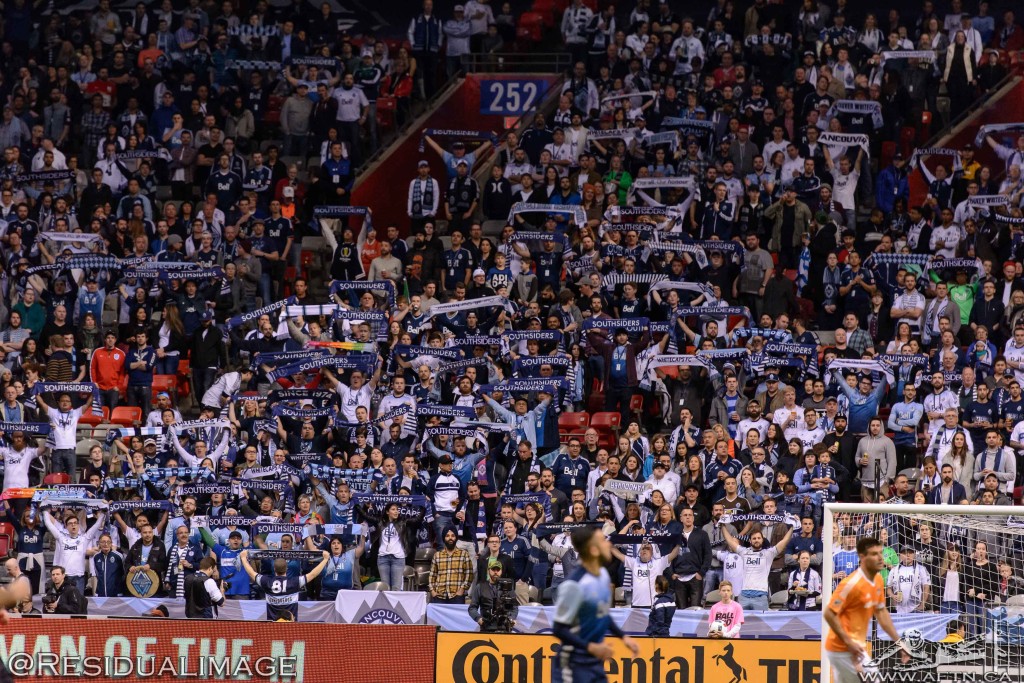 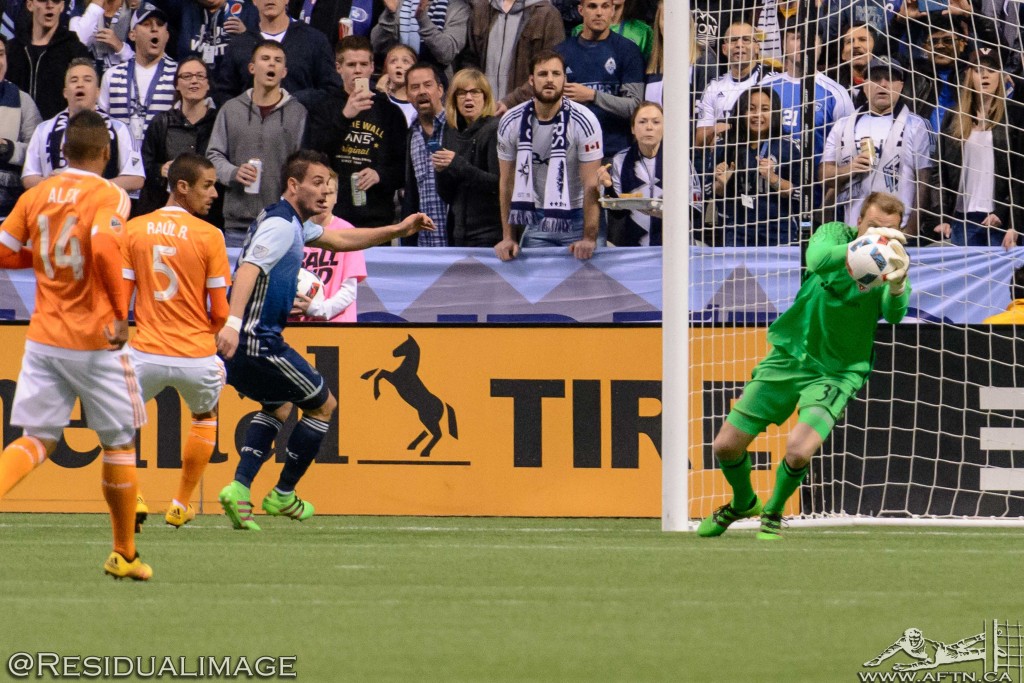 Cristian Techera was busy early, lobbing an effort just wide 3 minutes in before Octavio Rivero tried to flick on a Techera cross in the 11th minute but couldn’t get enough on it 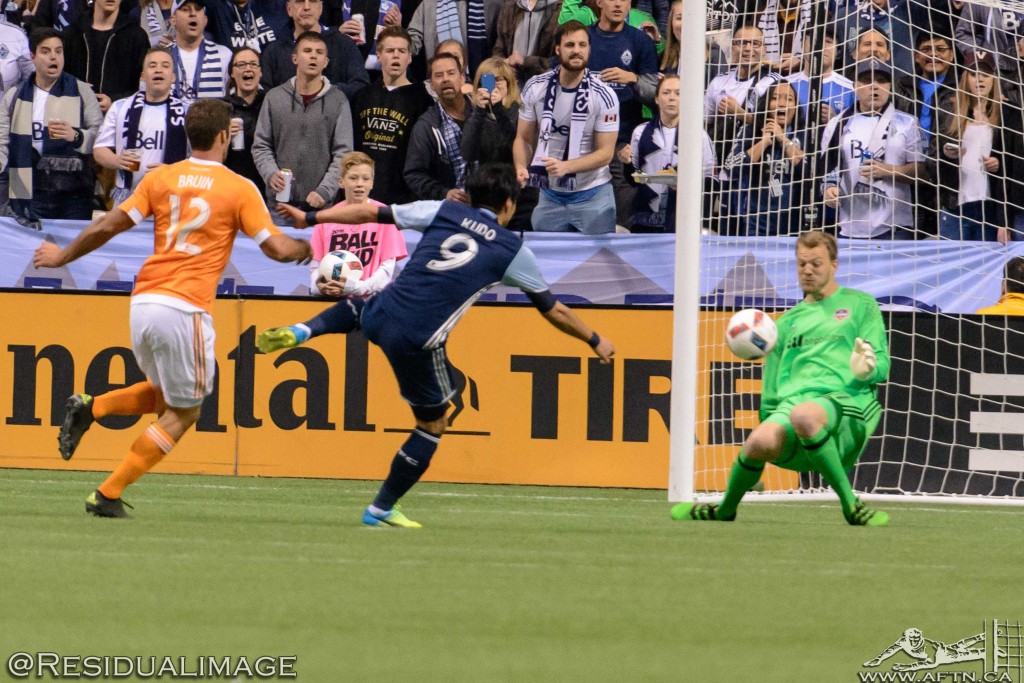 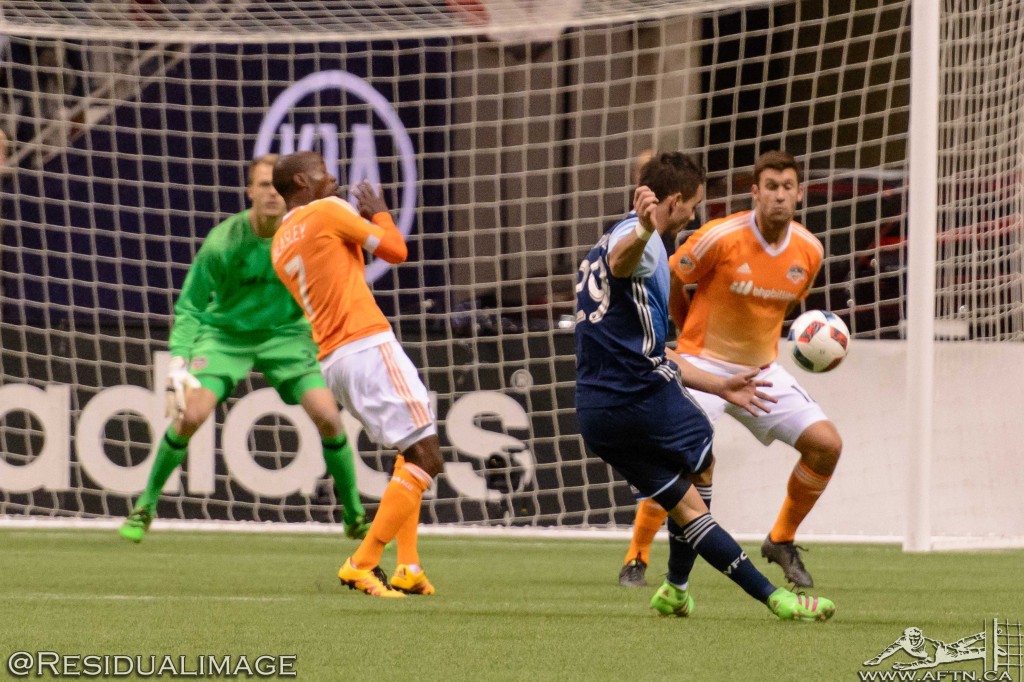 The rebound falls to Rivero but his shot is deflected over 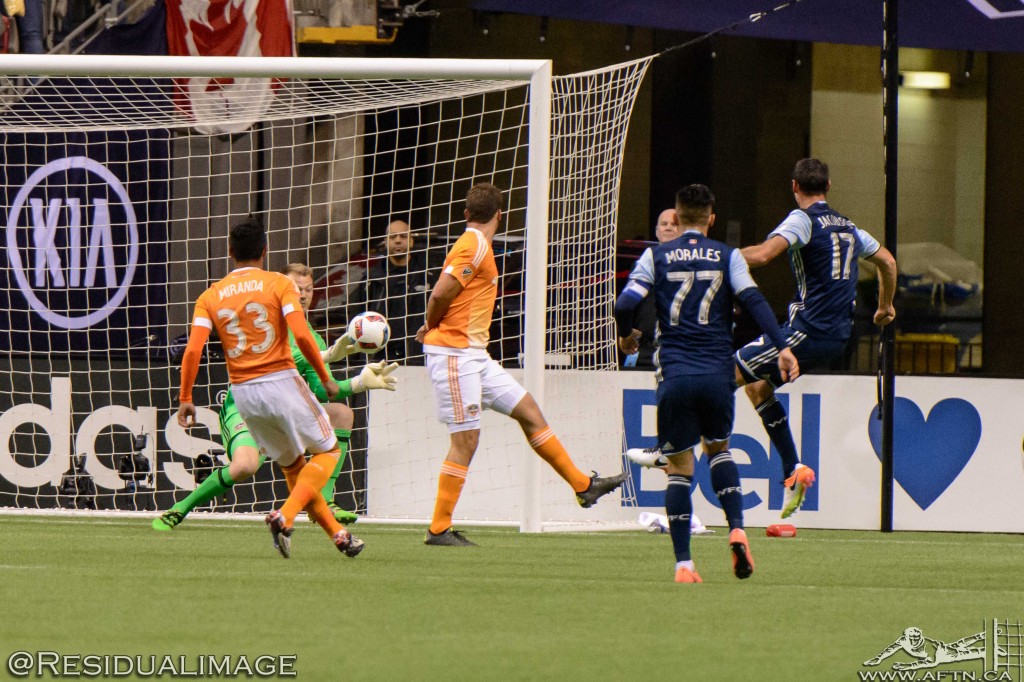 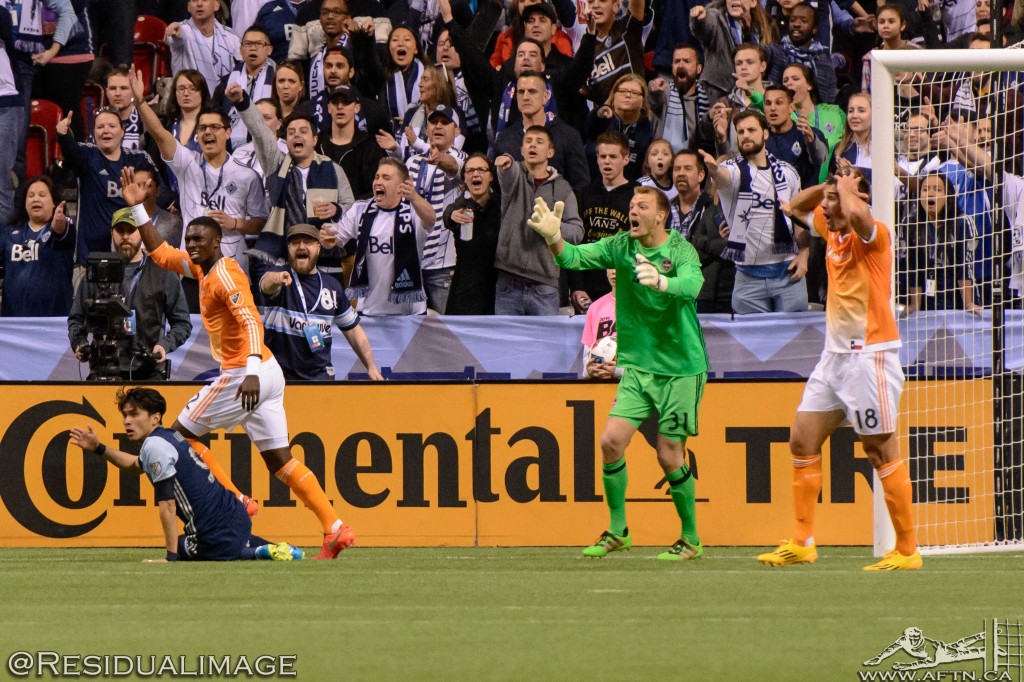 Vancouver’s pressure finally gets some reward when Jalil Anibaba sends Kudo crashing down in the box and referee Dave Gantar points to the spot, much to Houston’s disbelief 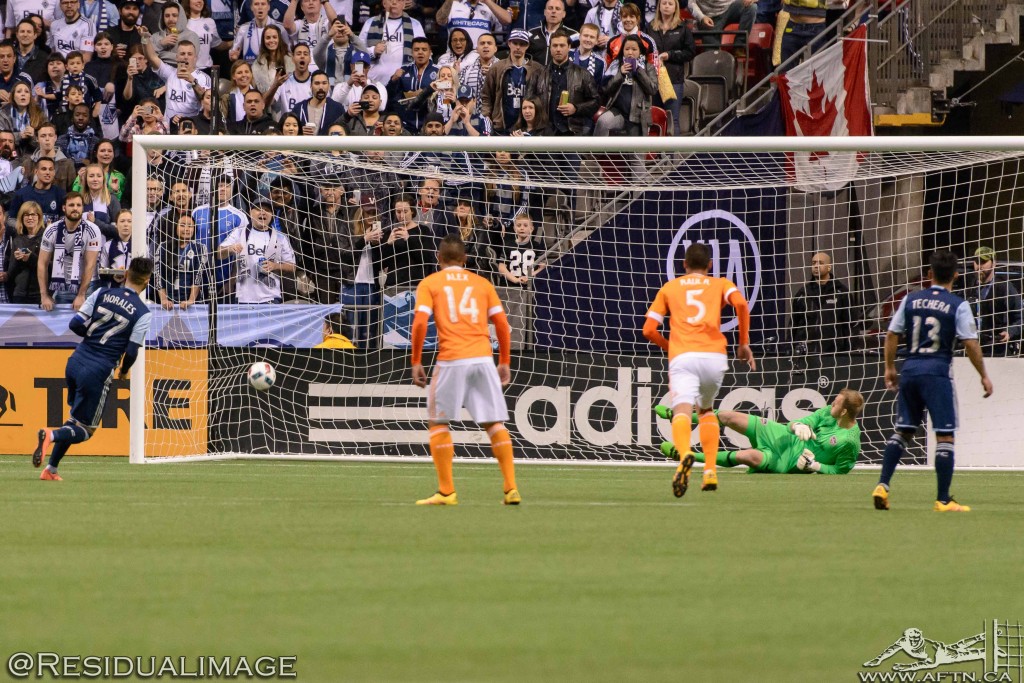 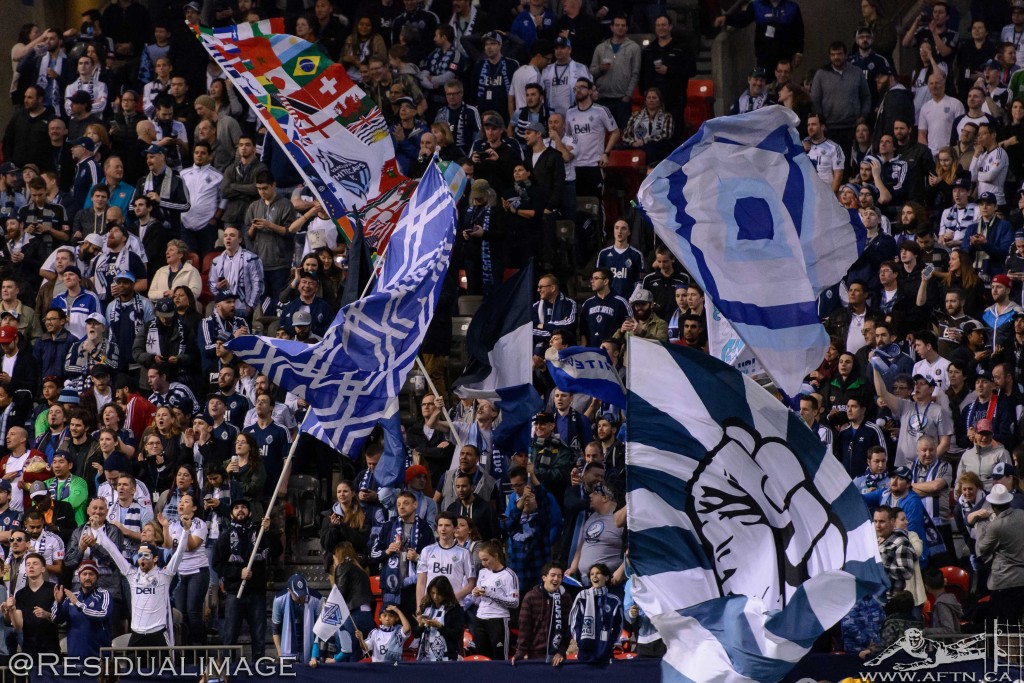 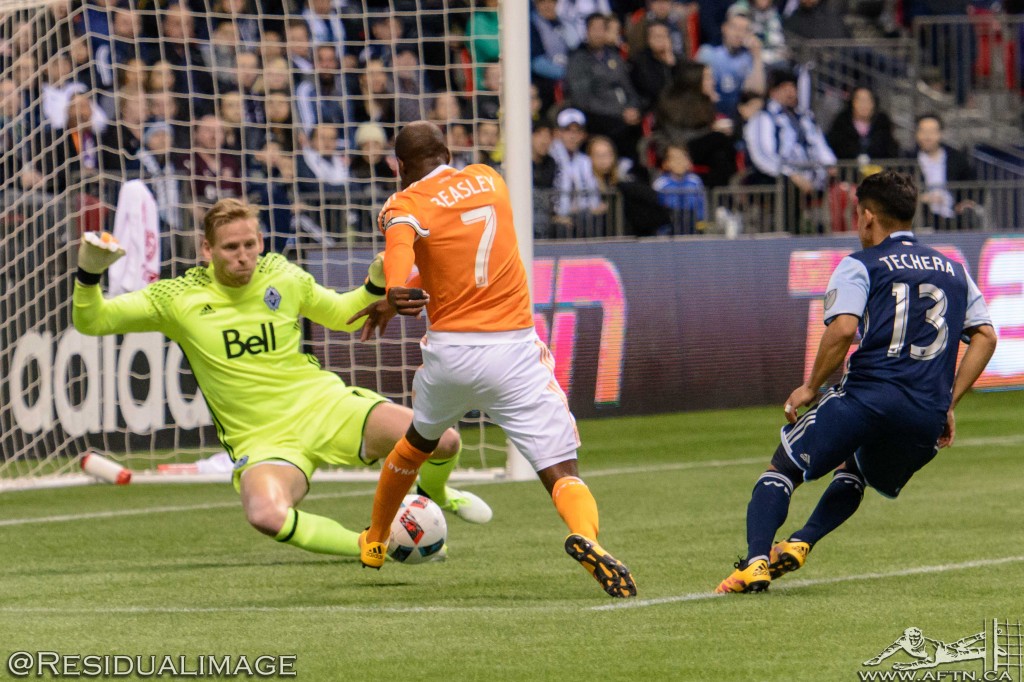 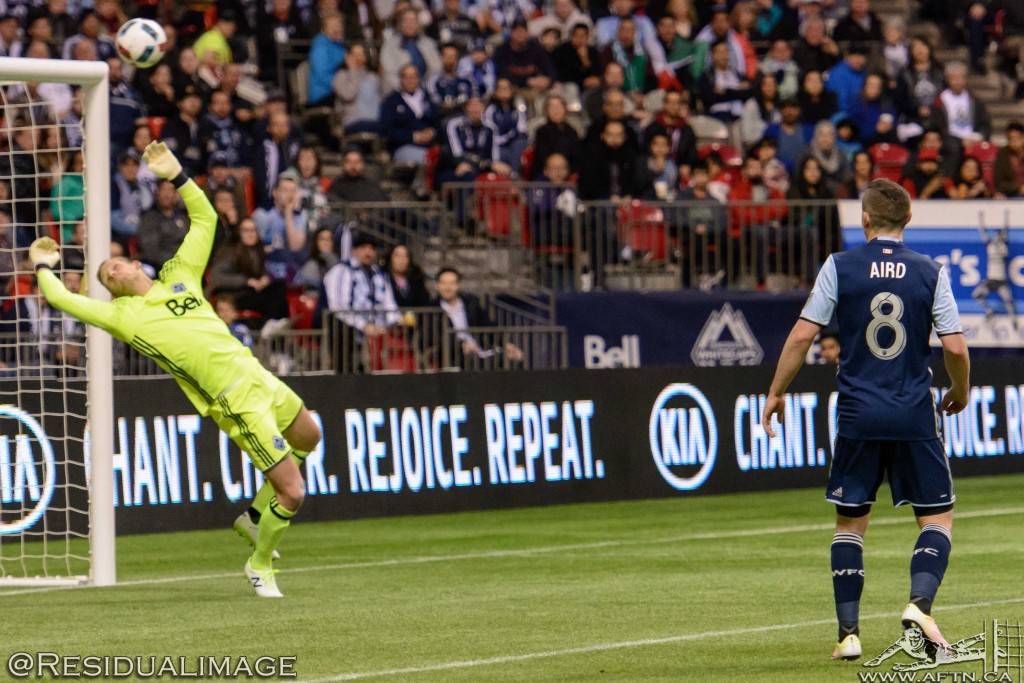 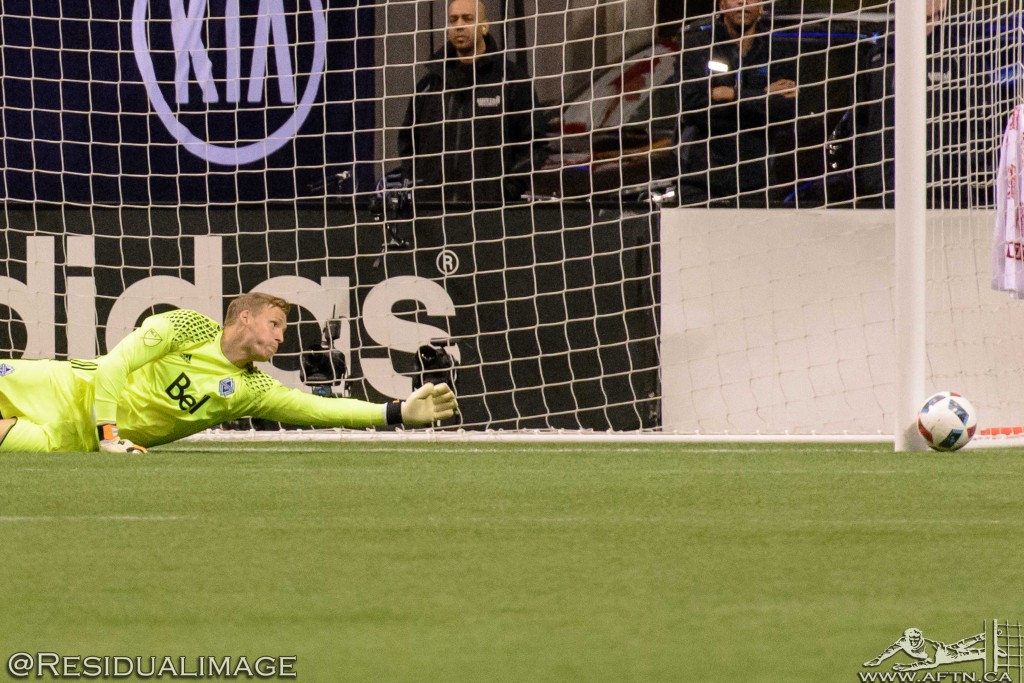 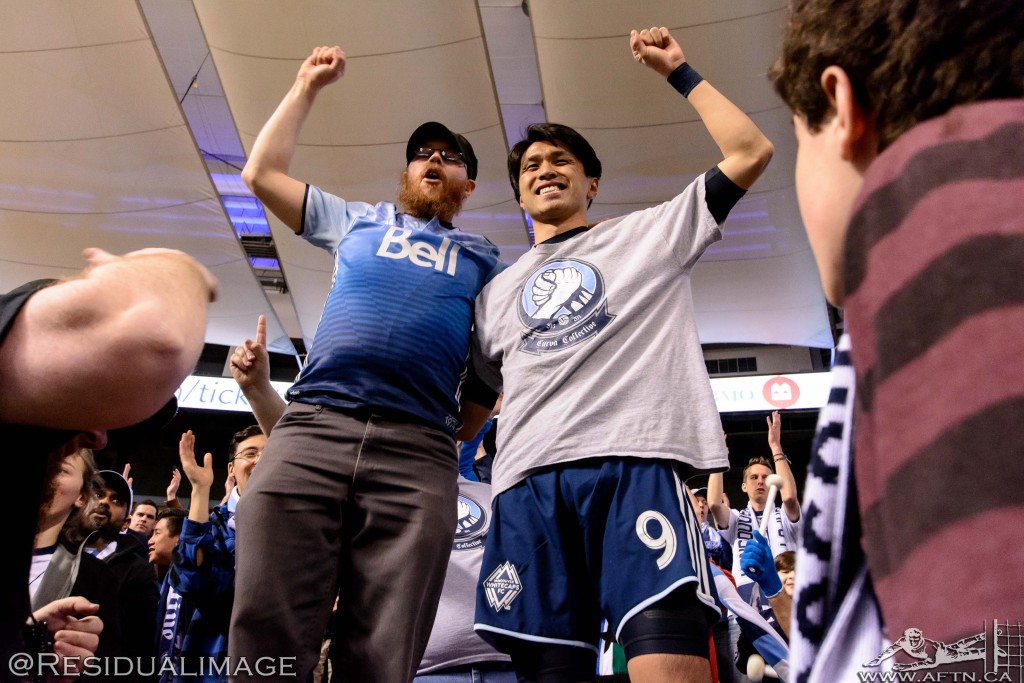 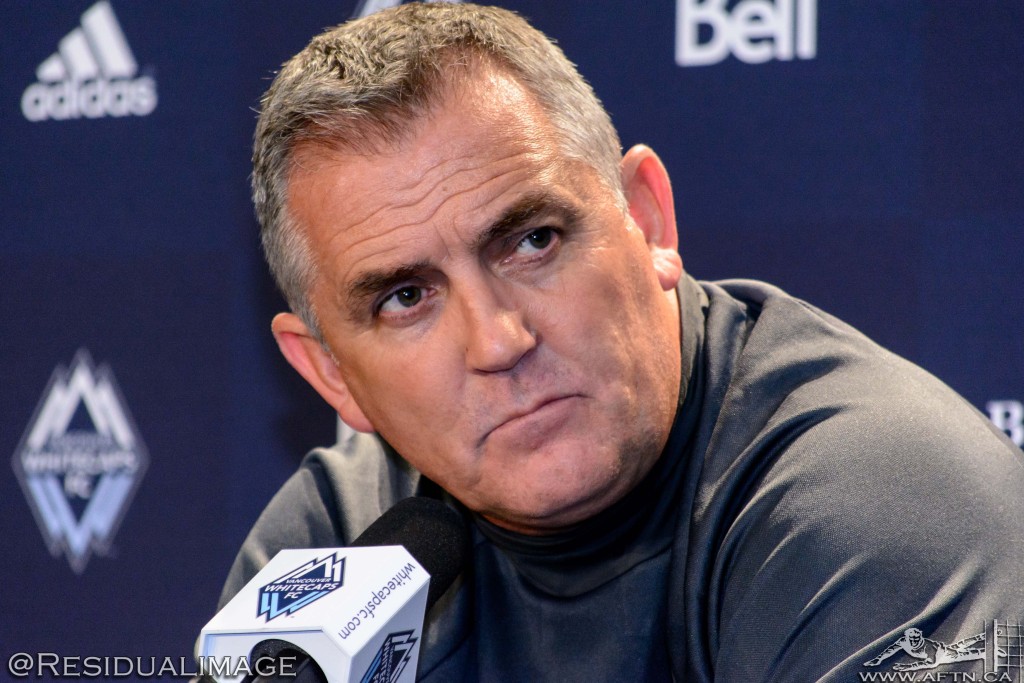 Safe to say Owen Coyle wasn’t best pleased with the result, the penalty and the lack of goals from his Houston side 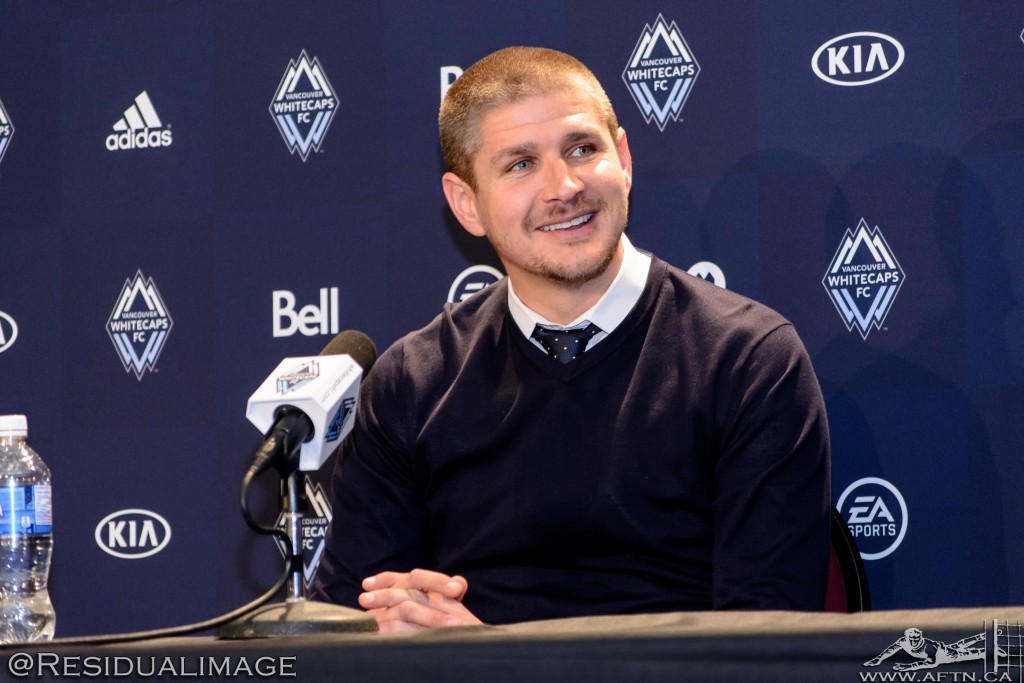 Robbo on the other hand was delighted!