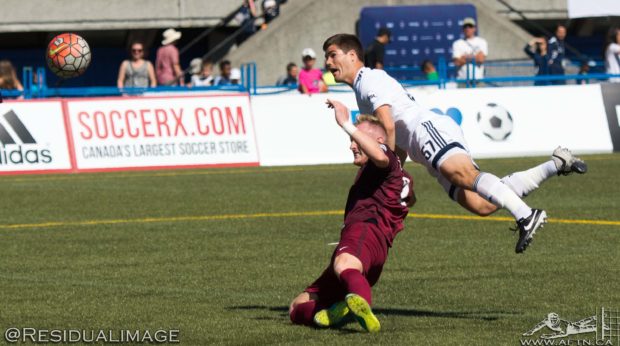 Every player dreams of that first ever professional goal. You dream of it being a golazo, but you’d settle for a tap in from a few yards out, just to get that monkey off your back, especially if you’re a striker.

The ideal scenario would be to get the match winner in front of your own fans in a crucial game, and that’s just how it played out for Vancouver Whitecaps draft pick Thomas Sanner on Sunday, when the big striker headed home in the first minute of stoppage time to give WFC2 a 2-1 victory over Sacramento Republic.

A win for Sacramento would have brought them level on points with Vancouver at the top of the Western Conference standings, but Sanner’s winner saw the ‘Caps stay in first place and extend their lead over their visitors to six points.

A fantastic afternoon all round really.

“It’s a big three points first of all,” was Sanner’s immediate reaction after the game. “I know the whole team came into the game knowing that Sacramento was three points behind so this was kind of six point game. It could have been a six point turnaround.

“So first and foremost, great to get the win, but then individually, just amazing to get that first pro goal. Amazing to get it out of the way, so now you can just move on and have confidence going forward as I continue to work on my game every day.”

It was looking very much like another share of the spoils between the two teams, following on from a 0-0 draw in April.

Cameron Iwasa had given Sacramento a 14th minute lead after being played in and keeping his composure to slot home past Spencer Richey. Marco Bustos tied things up from the spot eight minutes later, after Kyle Greig had been brought down in the box.

That looked to be how it was going to finish with the game heading into the final moments before Sanner rose to head home a perfect cross from Daniel Haber, giving Vancouver what could be a huge three points come the end of season playoff positioning.

“You have to give credit to Daniel Haber,” Sanner said of his first pro goal. “He laid in a perfect ball and was able to time it just right. I just wanted to get my head in it across goal and thankfully the goalie didn’t save it.

“It was an amazing feeling. It was a classic I didn’t know what to do when I celebrated! So maybe I need to work on that as I hopefully score more goals coming up in the next few games.”

Sanner had only been on the pitch for five minutes when he got his goal, coming on as an 86th minute sub for Kyle Greig. His time has been limited so far since signing for the ‘Caps last month after finishing his degree at Princeton.

With six appearances, and 108 minutes, now under his belt, Sanner is hoping that his first pro goal will be the springboard to an excellent run of form to close out WFC2’s USL season.

He’s only had around a month in the full time professional environment with the ‘Caps so far, but feels he’s learned a lot in those few weeks and it’s already showing in an improvement in his game.

“Just being a professional,” Sanner told us. “Just eating right, prehab, cooling down. Coming in to practice every day as your job. Your job is to get better every day and focus on things that you need to do, whether just a little run through the day before the game or the postgame practice where you’re just focusing on everything that you do.

“Every single activity, every single little drill, technique. Just making sure that you’re mentally focused and prepared for training every day.” 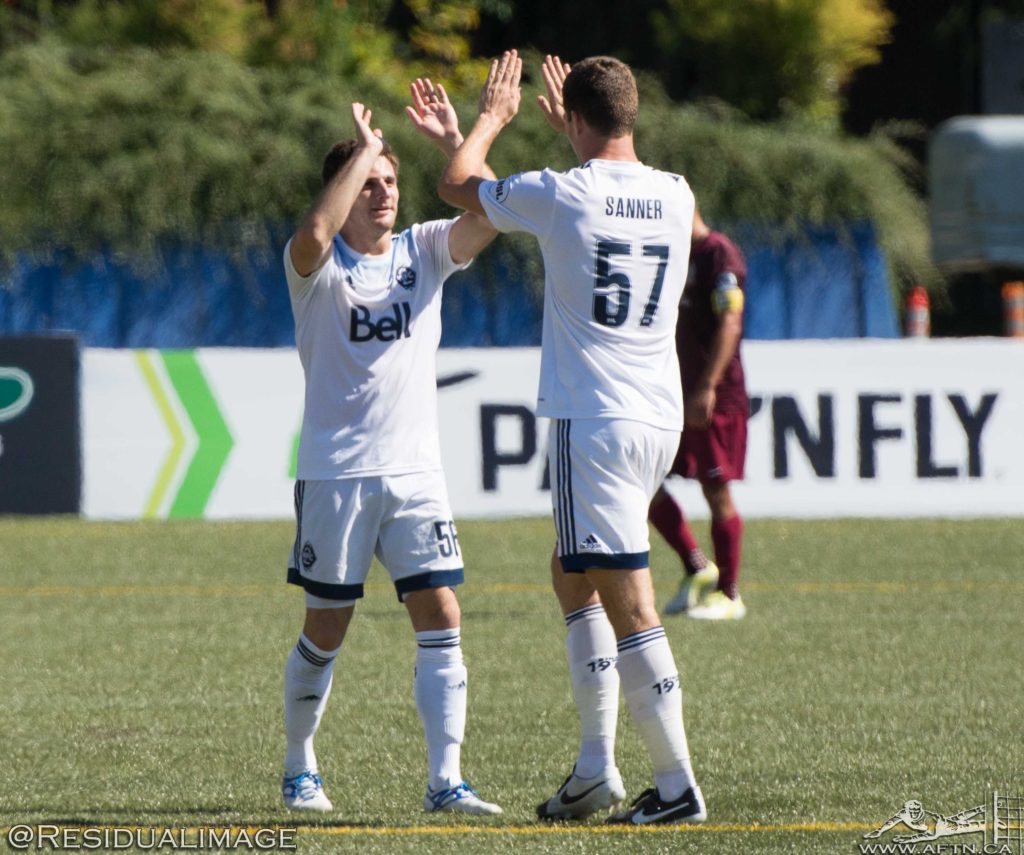