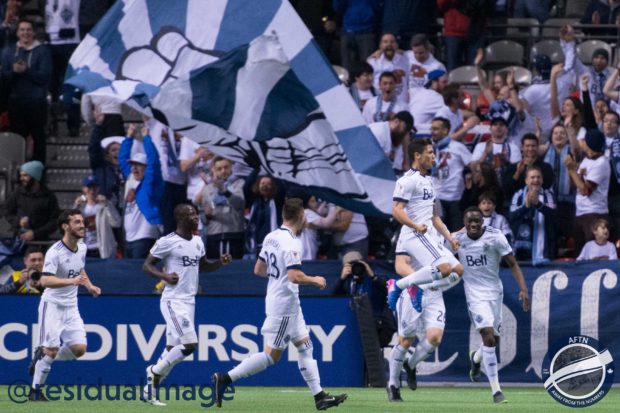 All the Vancouver talk heading in to this match was about making history, winning their first knockout tie in the competition, and advancing to meet Mexican opposition for the first time in the last four.

The Whitecaps had one foot in the semis thanks to Kekuta Manneh’s away goal in the first leg, and when Alphonso Davies shot the ‘Caps further ahead in the tie just five minutes in, the dreams began, but in the knowledge that a Red Bulls away goal would quickly change everything.

The ‘Caps terrorised the Red Bulls defence in the early going but then sat back and played on the counter, allowing New York to have their chances. They had several but squandered them all, with David Ousted coming up with some crucial stops.

If felt like a New York goal was coming but supersub Fredy Montero killed the tie off with a superb strike ten minutes after coming on in his Vancouver debut and 14 minutes from that.

So, history achieved, but the ambition to make history doesn’t stop there, and the Whitecaps are keen to go even further and become the first MLS side to lift the trophy. They’re massive underdogs against Tigres, but as Carl Robinson said in his postgame presser, he likes to surprise people and prove them wrong. It’s cup football and anything can happen. Can they do it? We’ll find out in a couple of week.

AFTN photographer Tom Ewasiuk was there to capture all the action before, during and after the game on Thursday night. Here’s his “Story In Pictures”, with a full Flickr slideshow at the end. 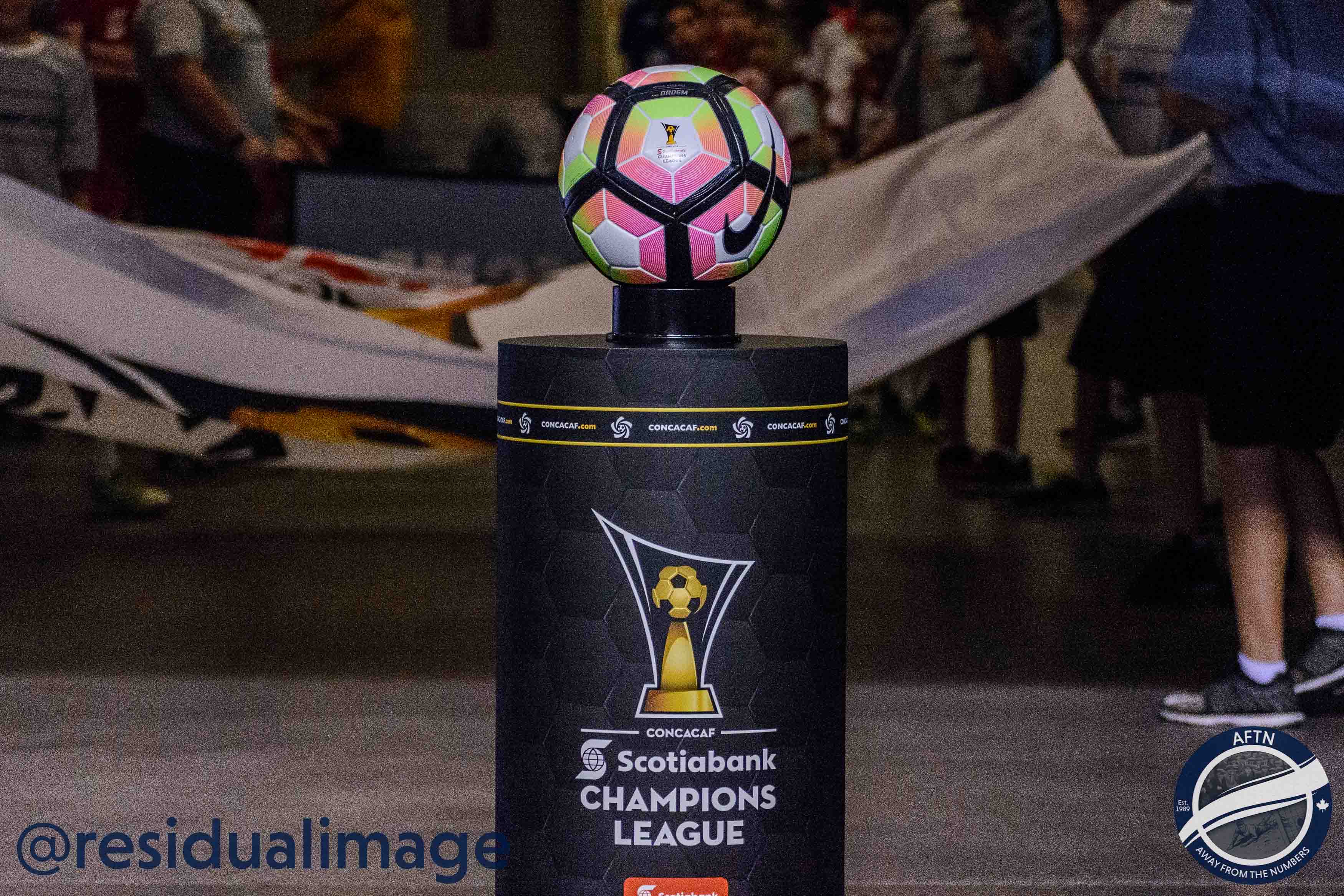 It’s a whole new ball game when it comes to the CCL (well it’s the same ball as last year, but you know what I mean!) 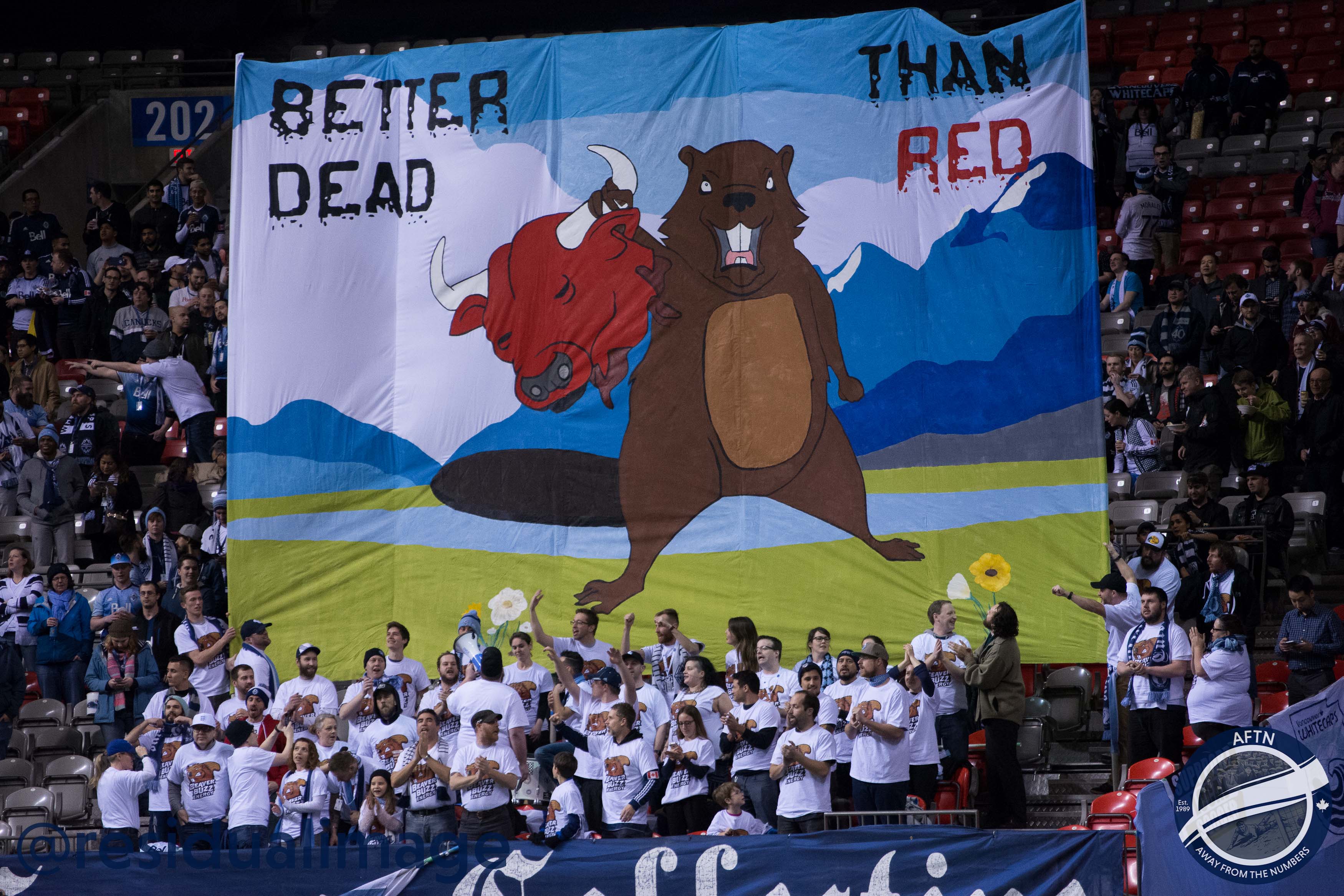 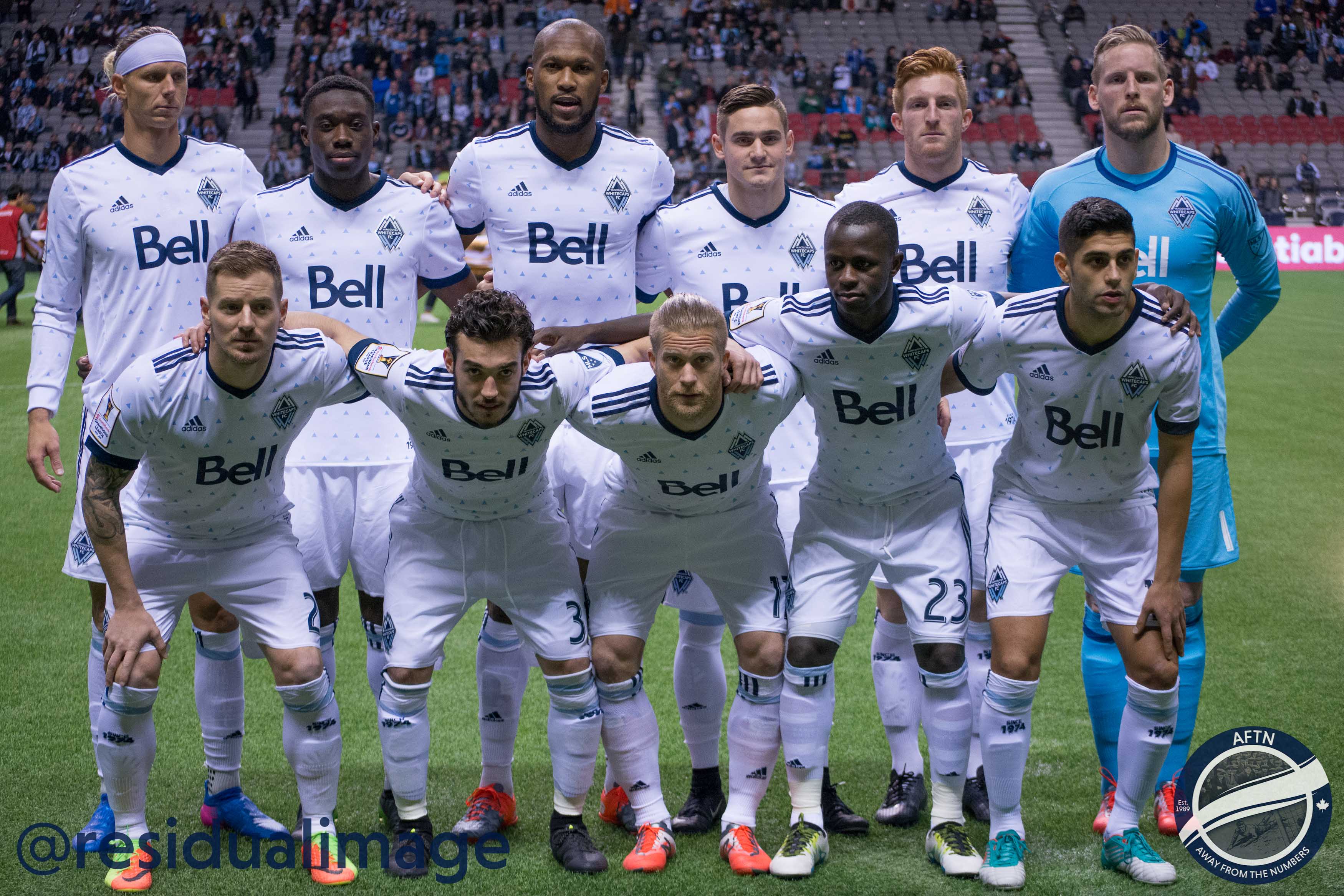 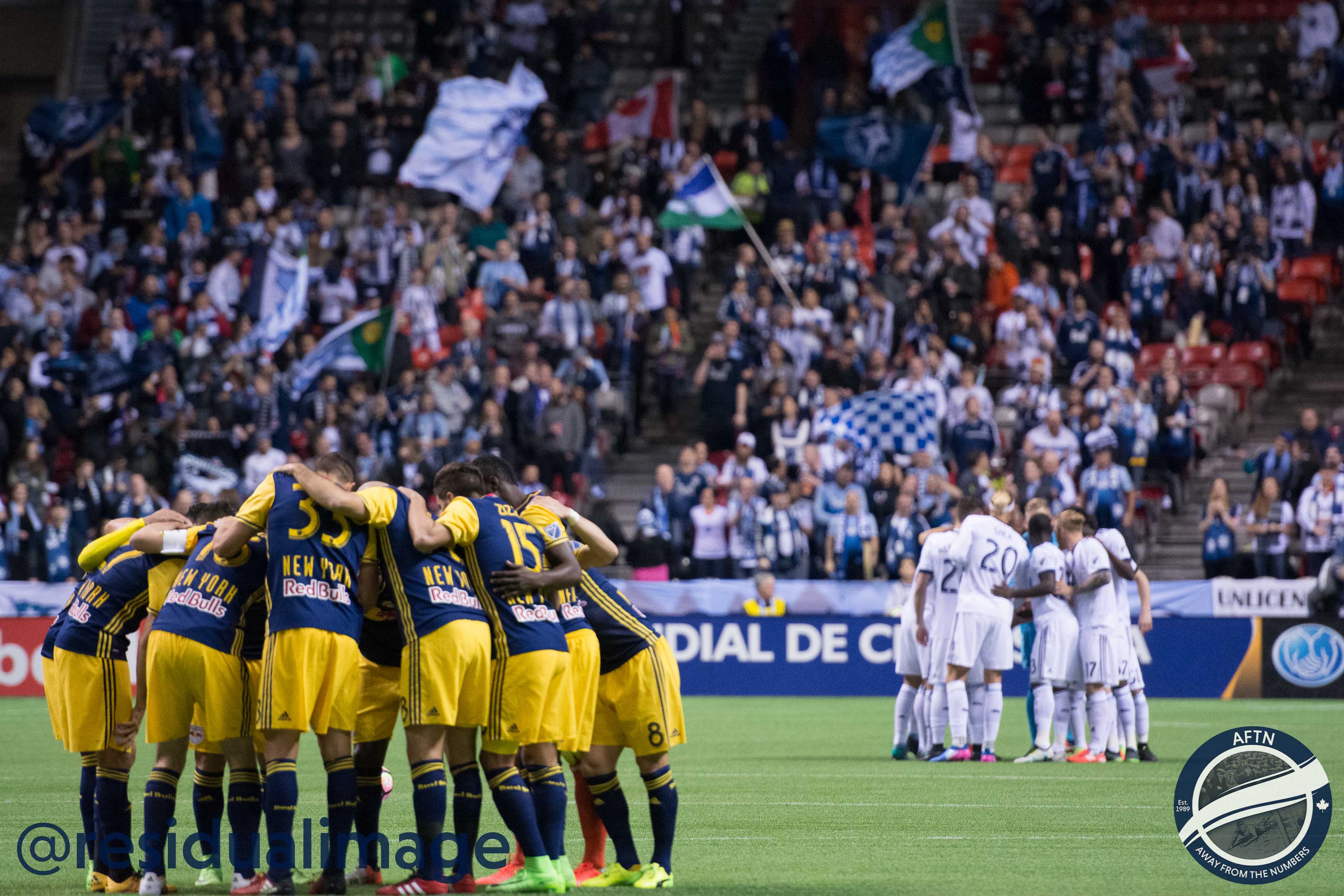 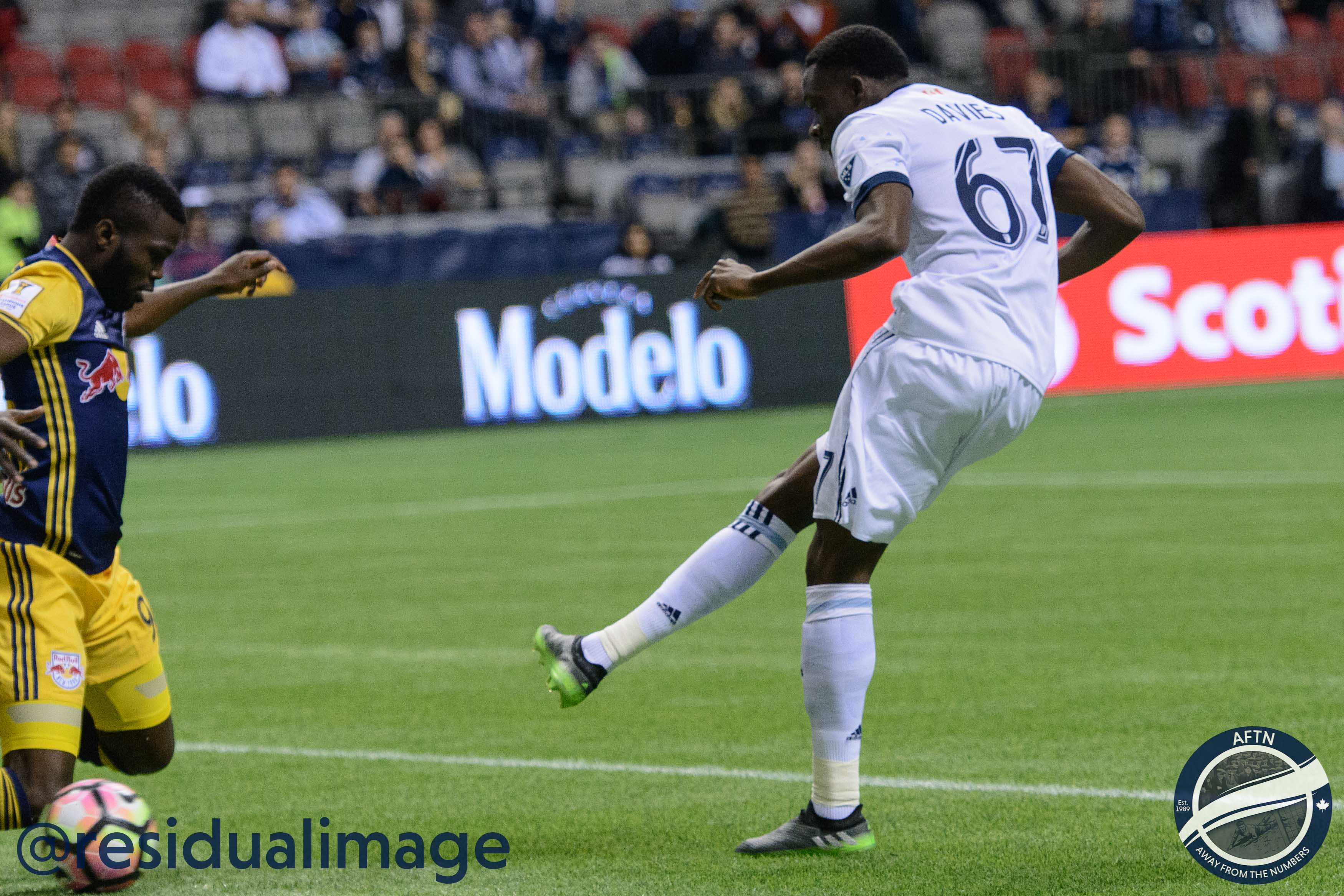 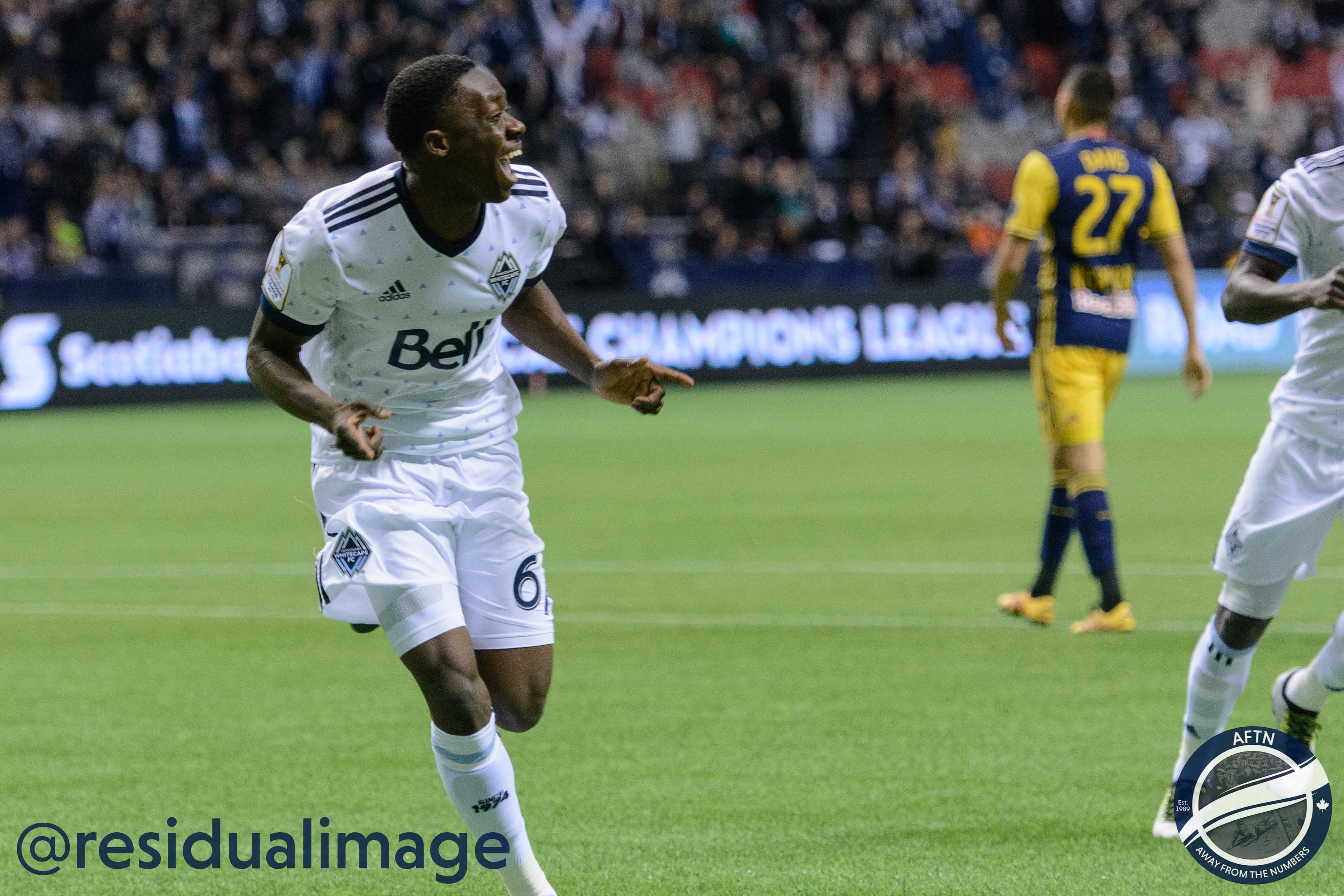 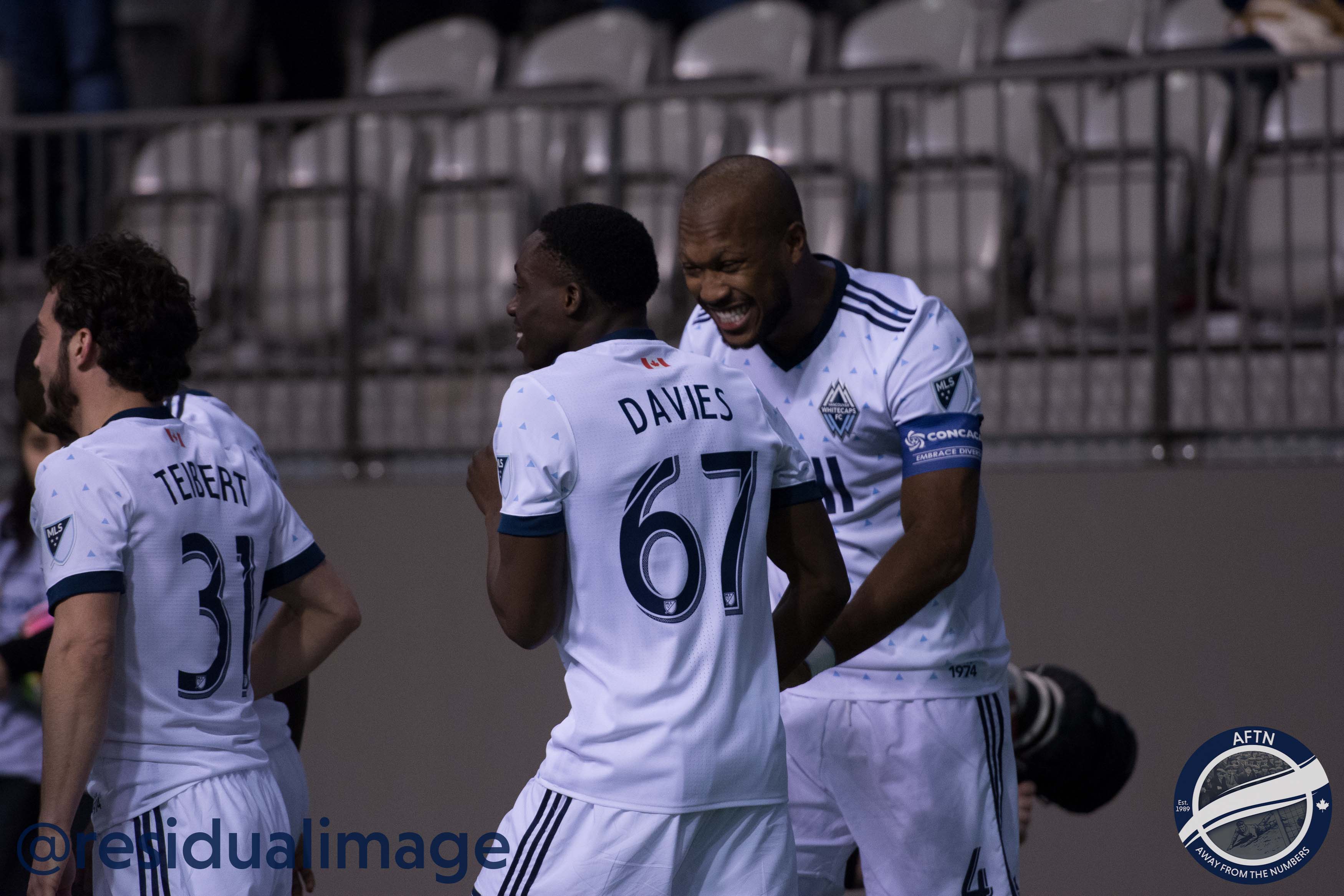 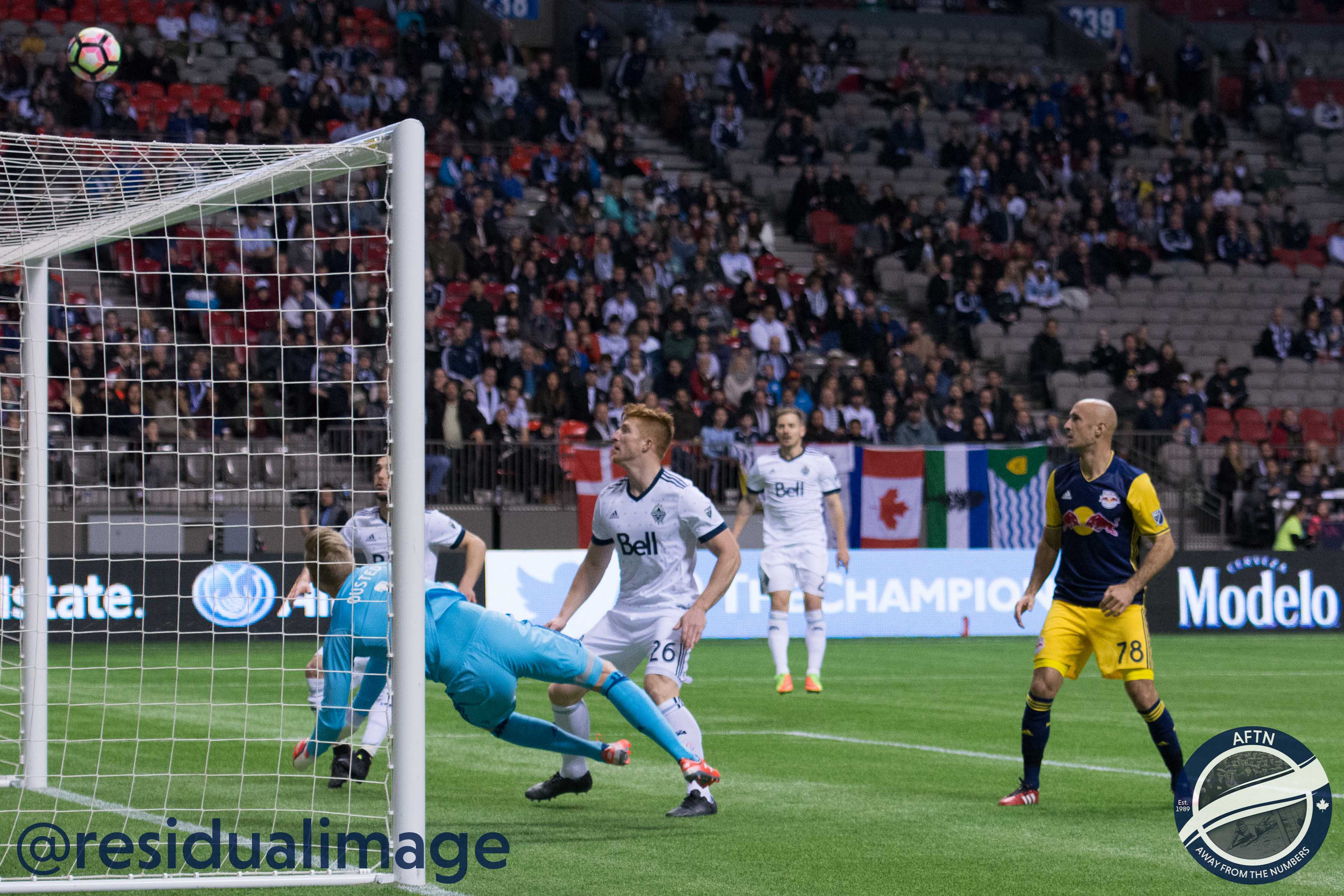 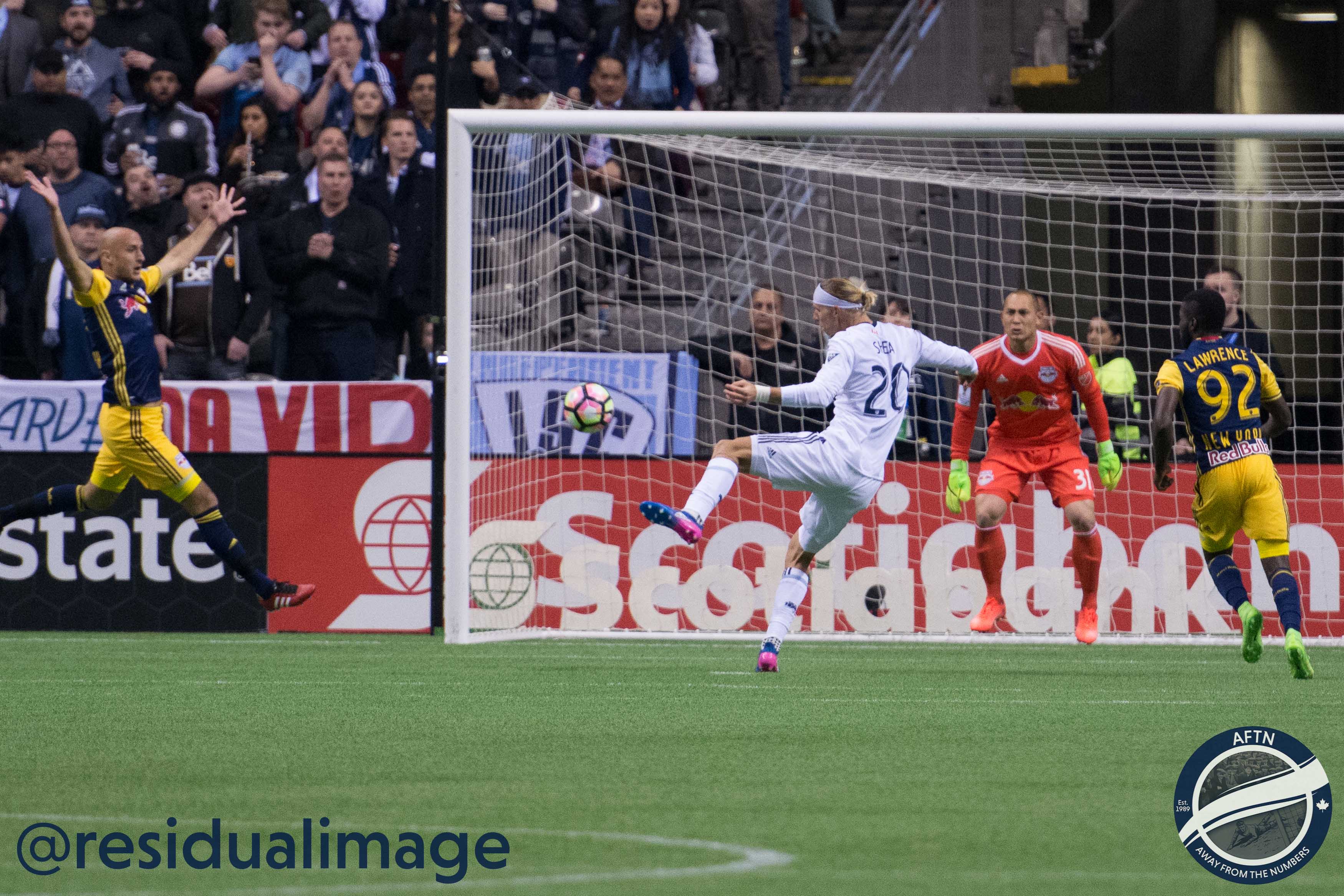 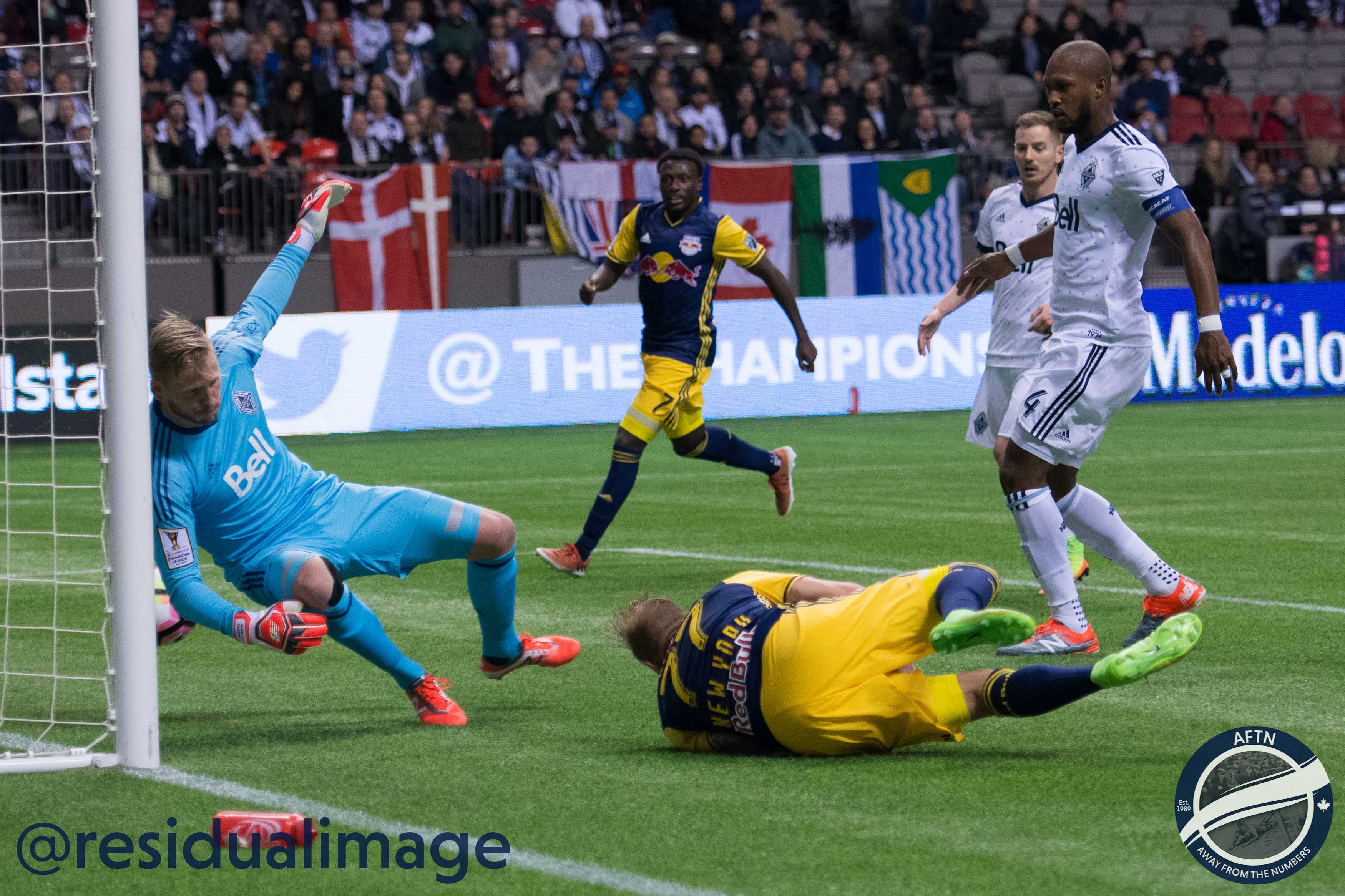 New York come the closest yet to getting their away goal 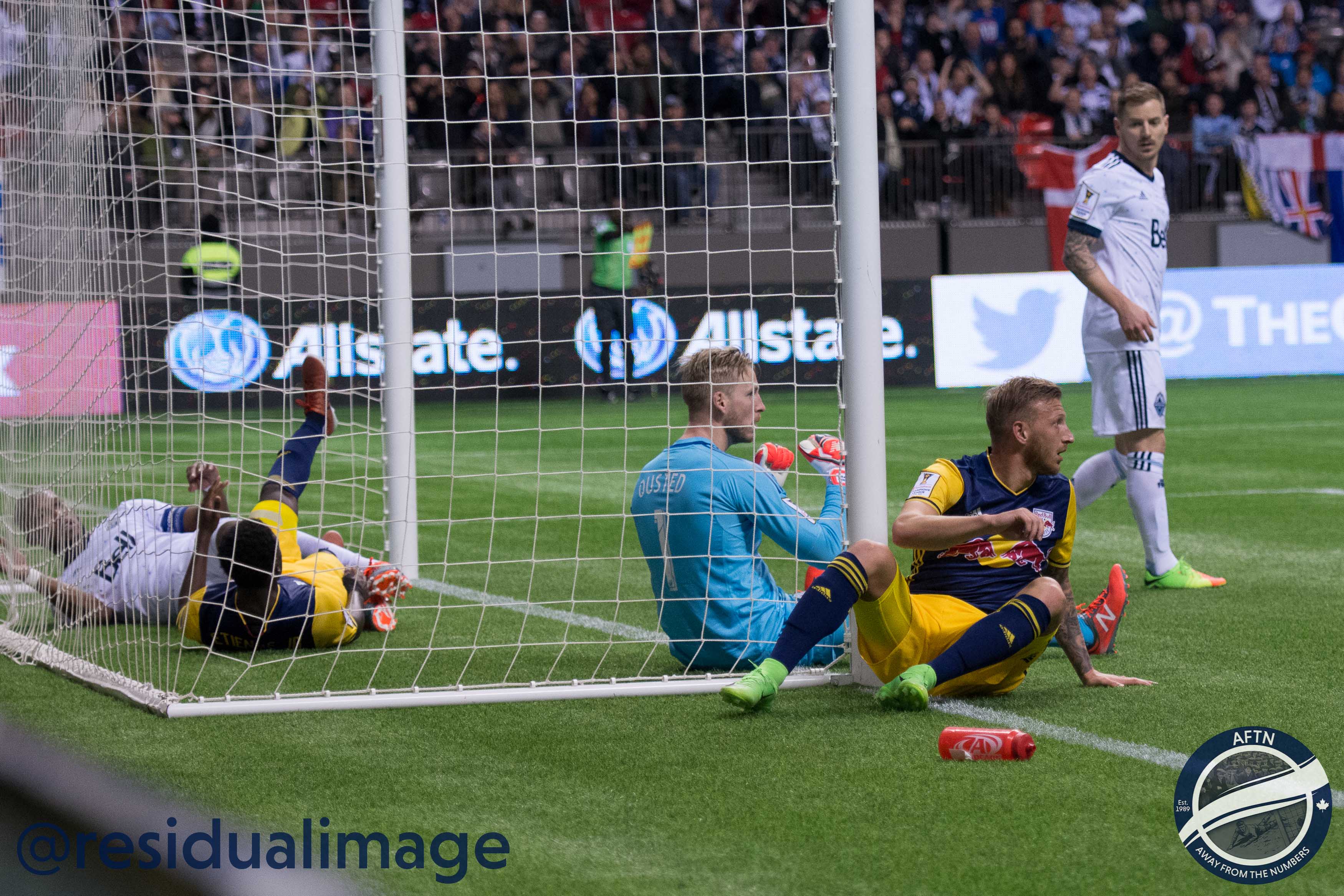 But it’s players who end up in the net, not the ball, and the lino’s flag goes up in any case 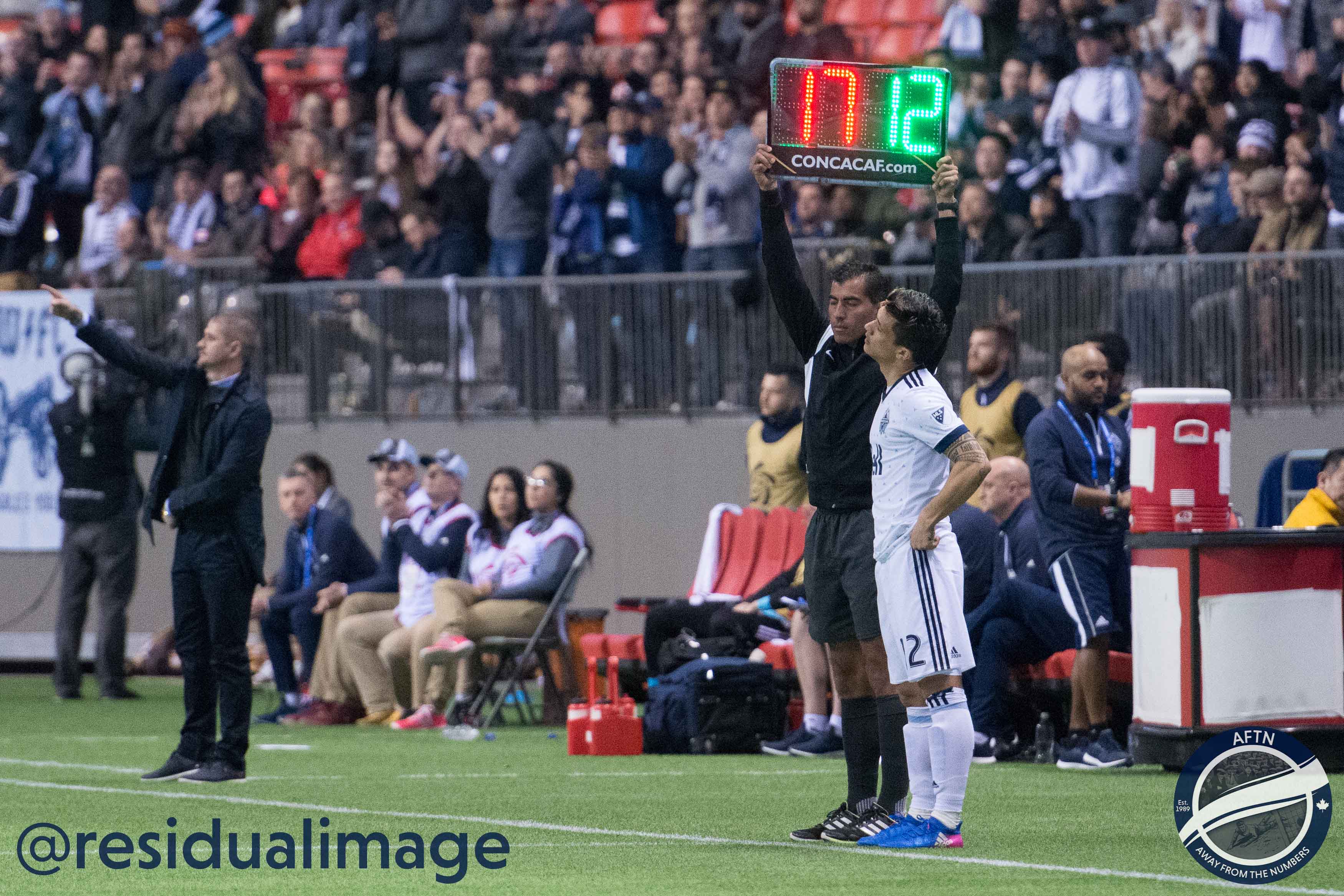 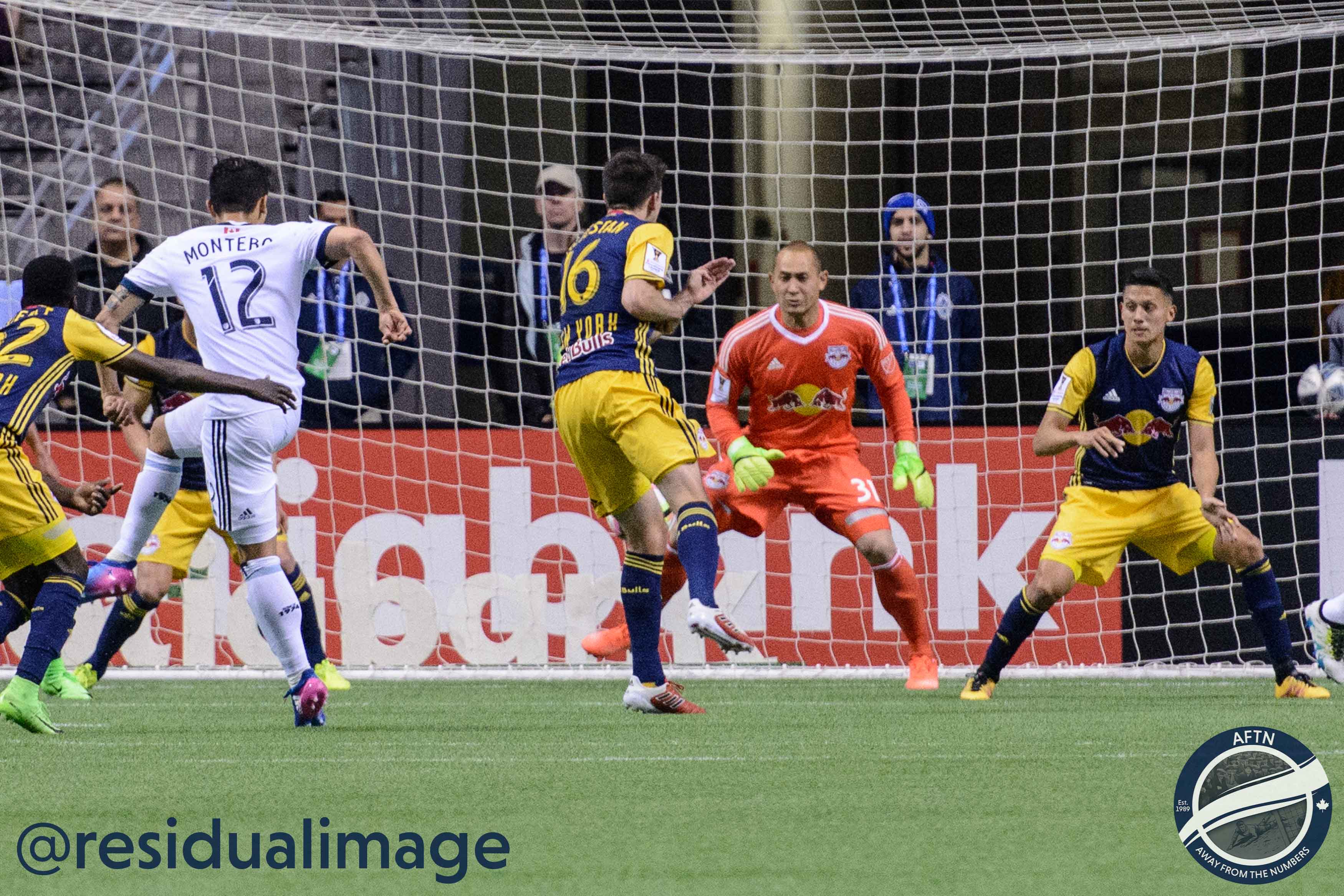 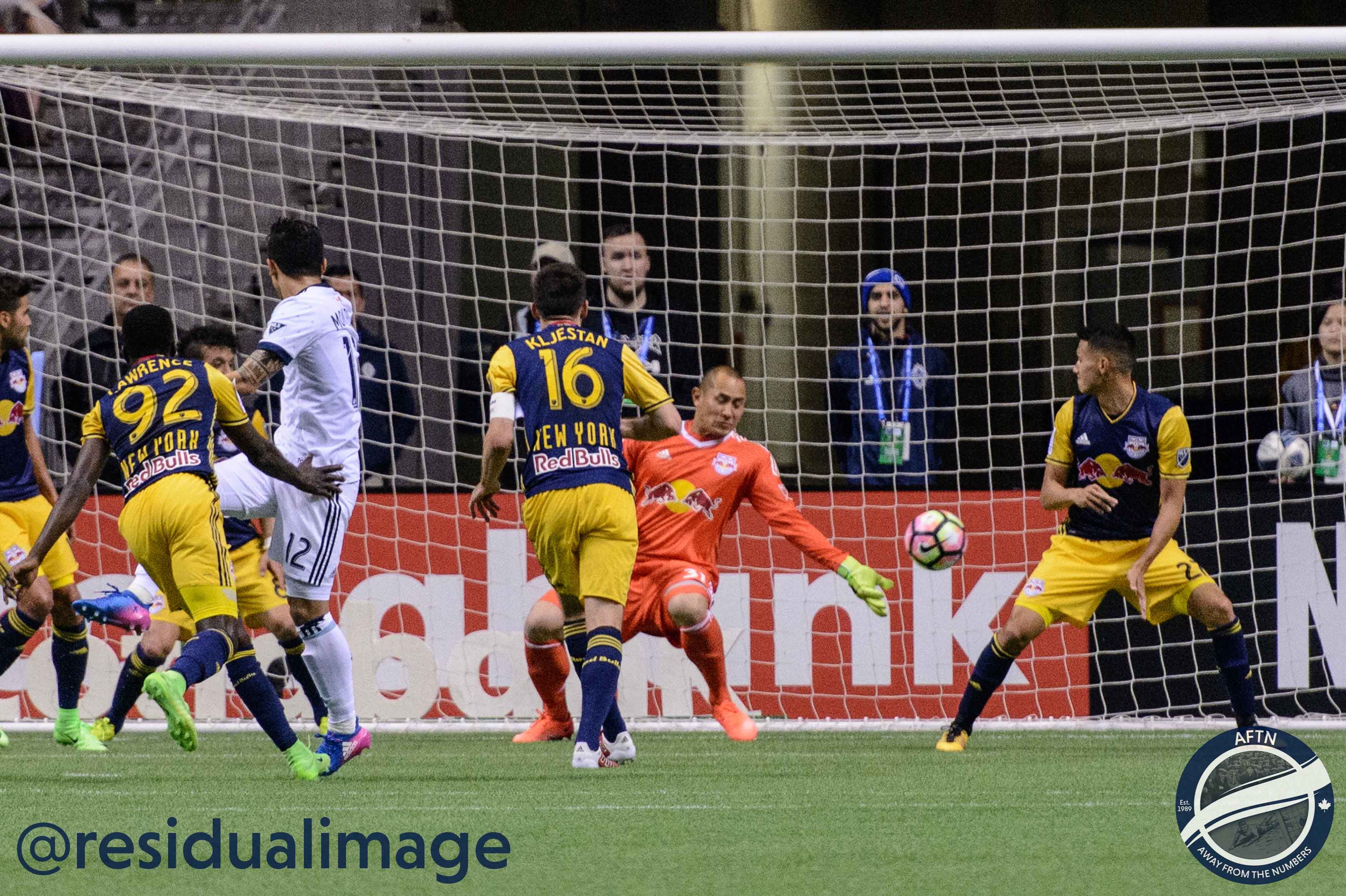 Montero makes it 2-0 on the night, hitting home a crisp strike with his first touch of the game 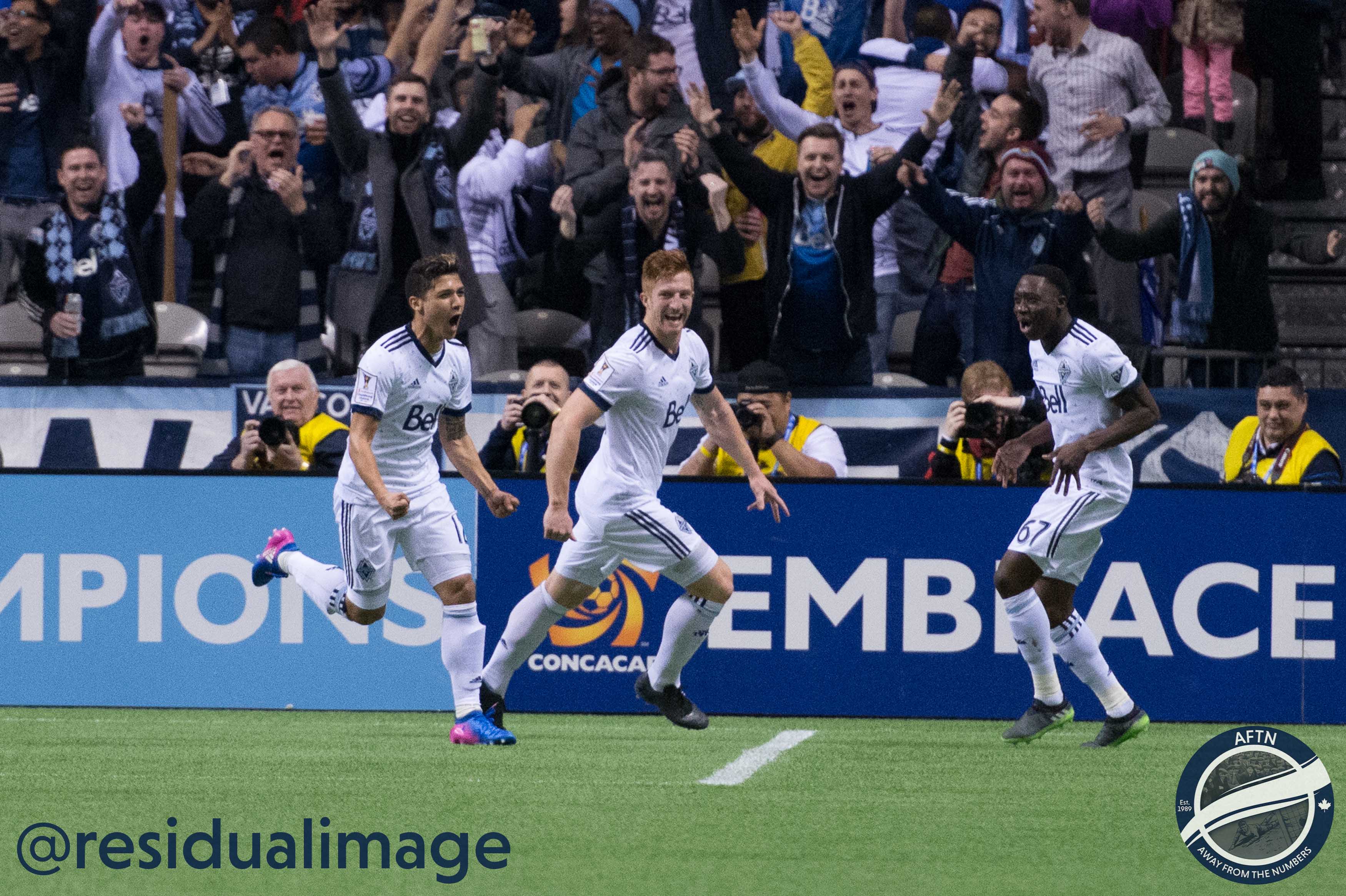 Sheer joy, both on and off the pitch 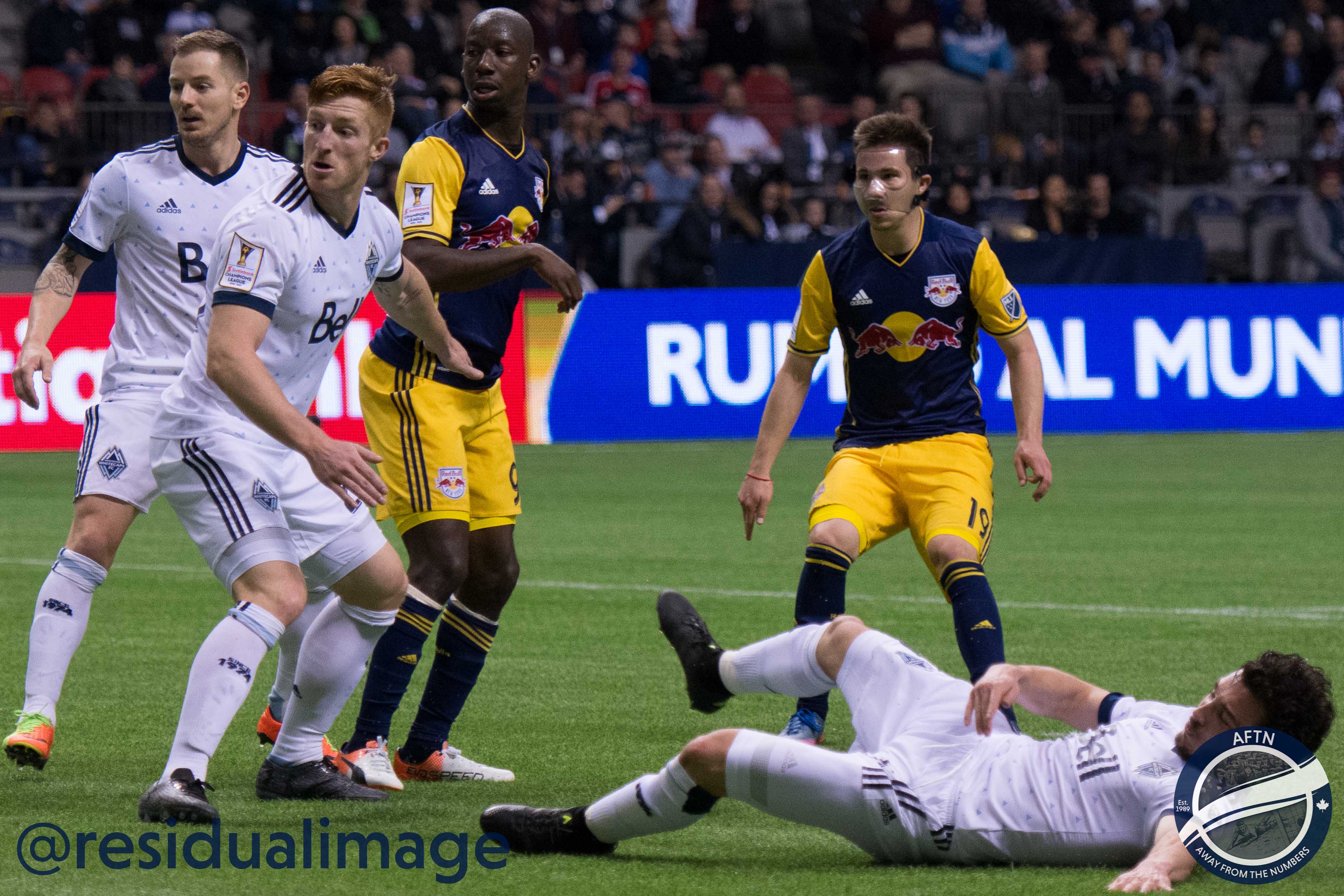 Russell Teibert nearly gets his name on the scoresheet 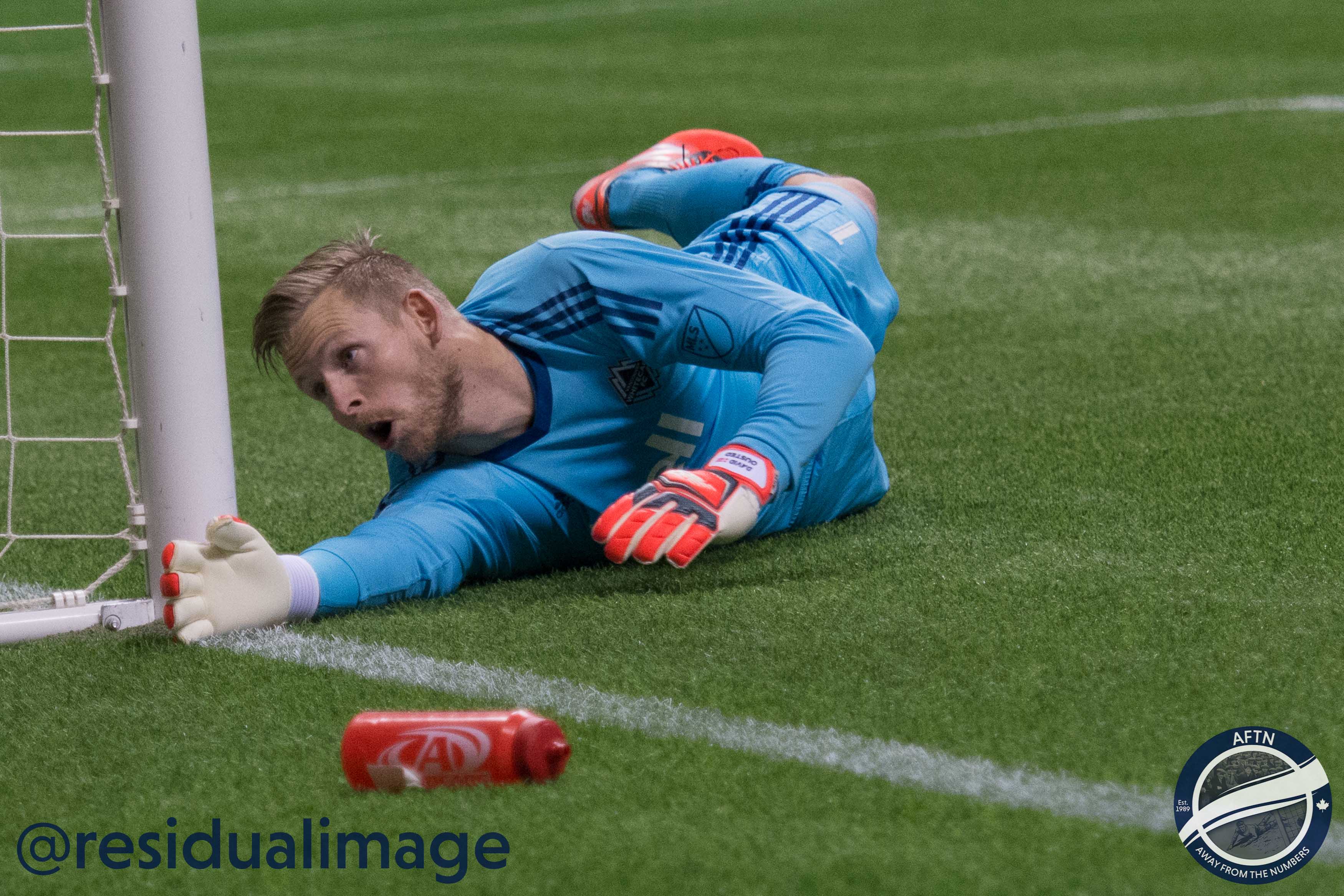 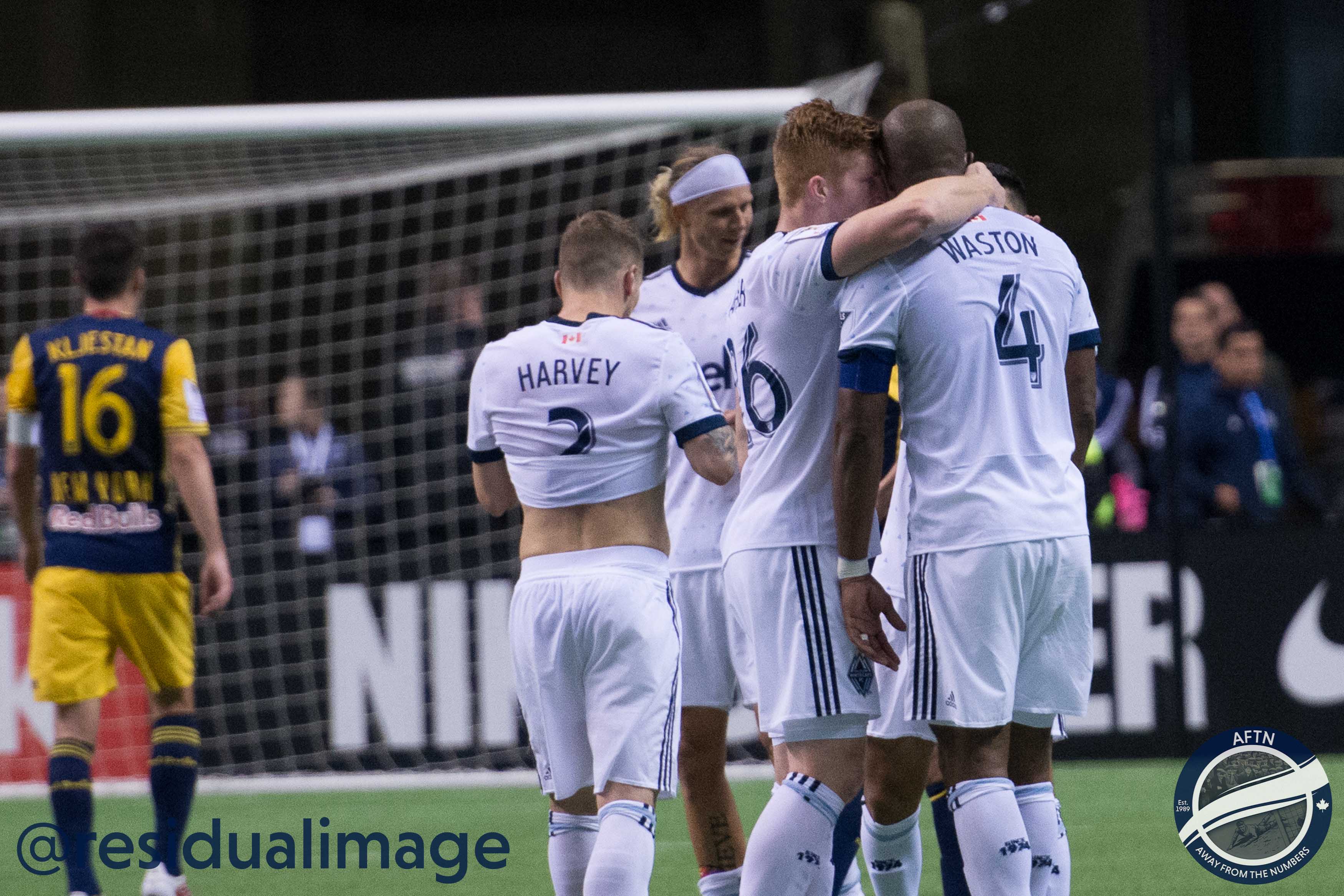