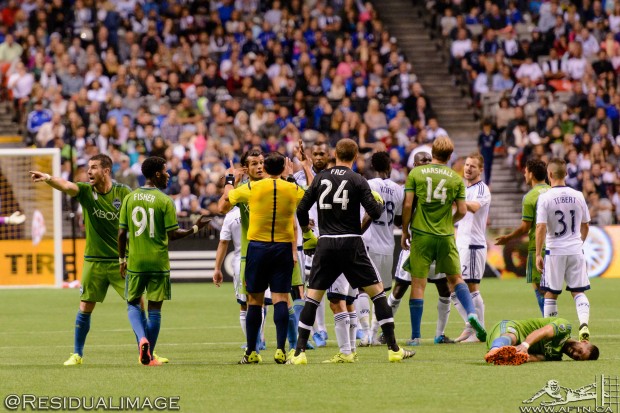 One to forget? Perhaps. But we’ve got the photos anyway.

A 3-0 loss to Seattle may not be a fair representation of the game but the Sounders took their chances and the Whitecaps didn’t and that’s the story.

Tough to take but the only silver lining is that the weekend’s other results still leave the Whitecaps on top of the Supporters’ Shield standings. They need to improve their finishing to stay there. 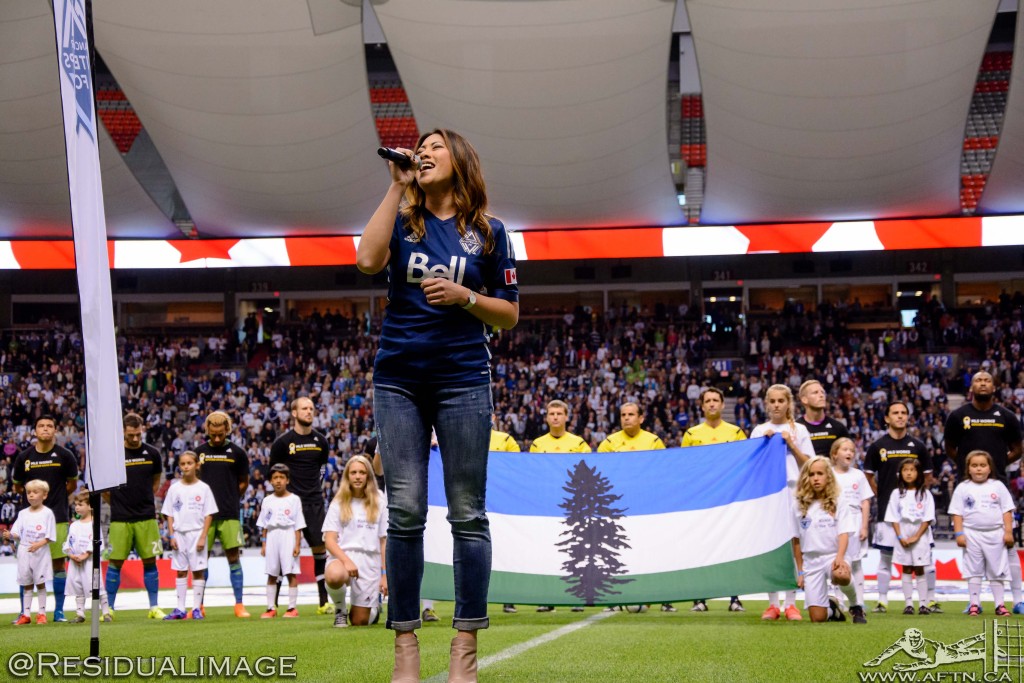 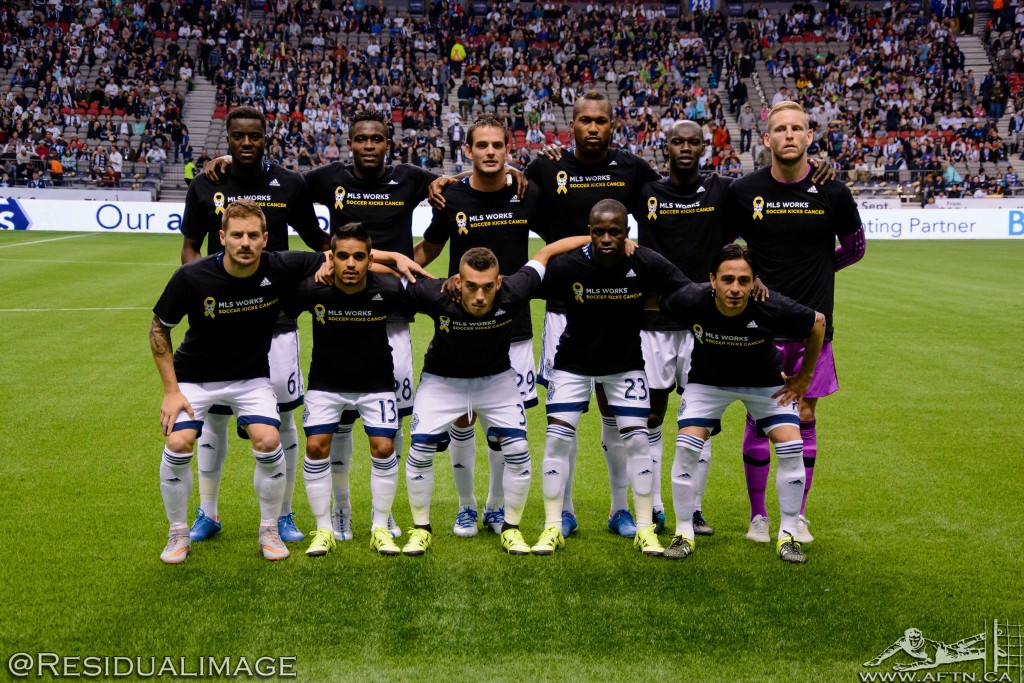 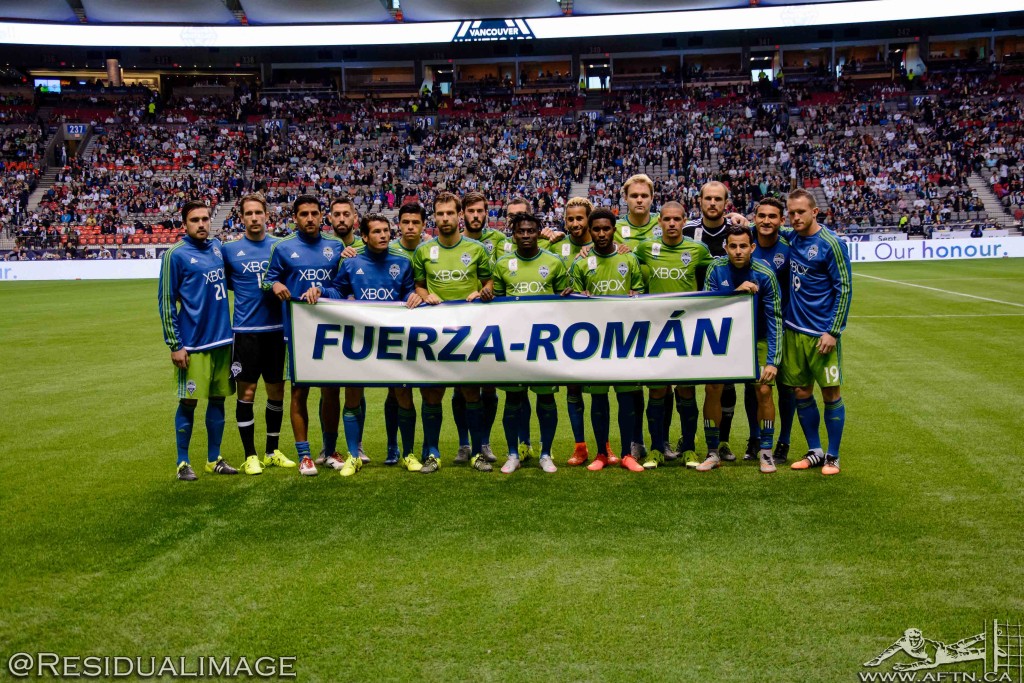 The Sounders have a message for their injured defender Roman Torres 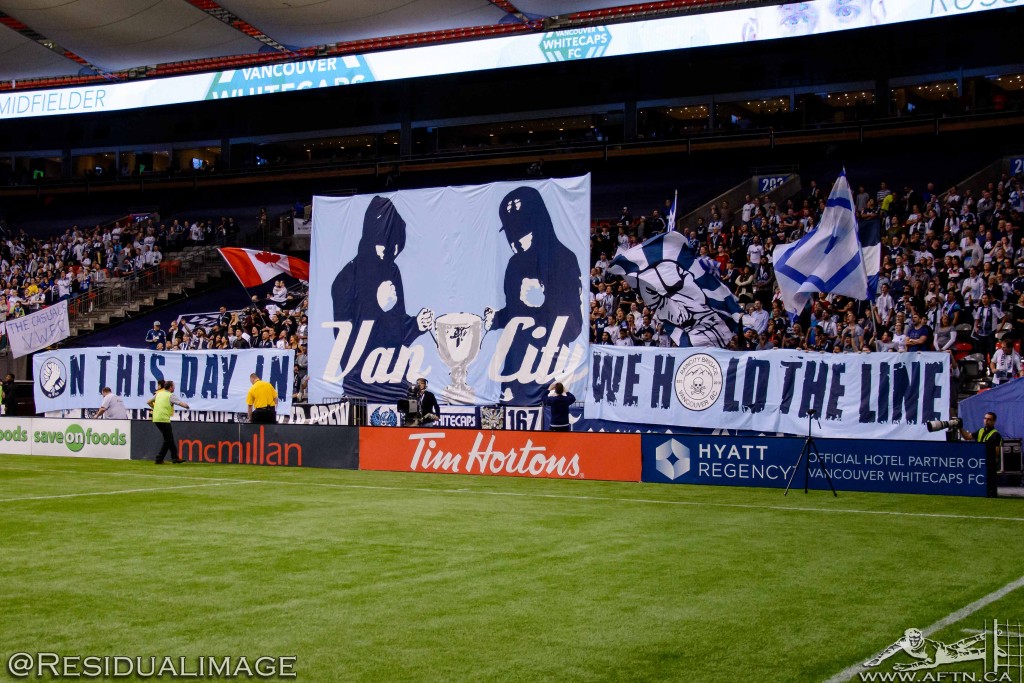 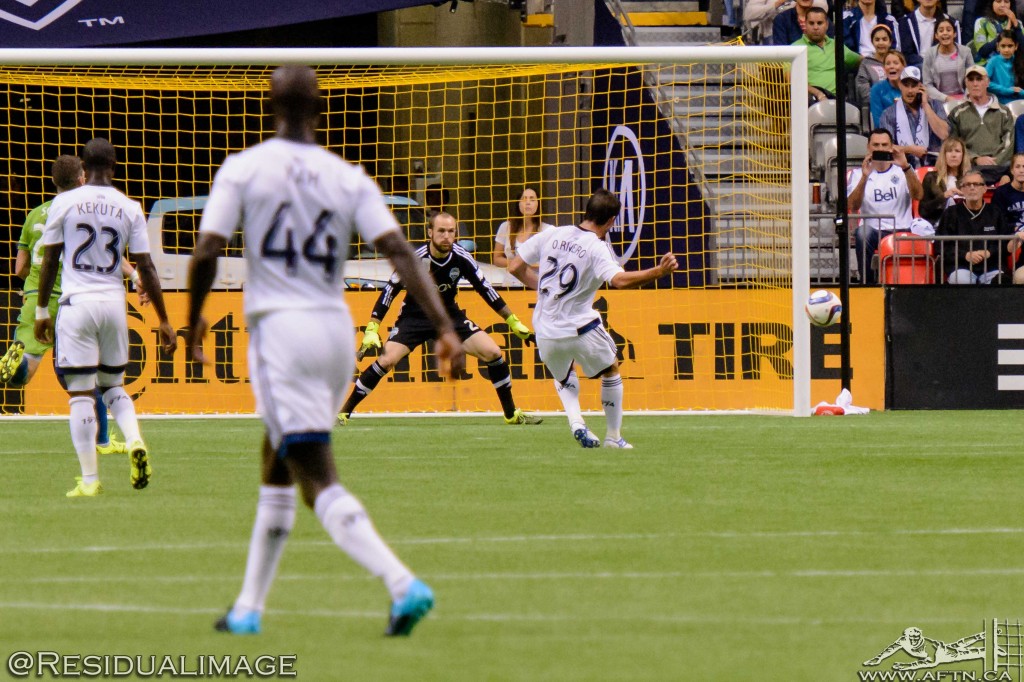 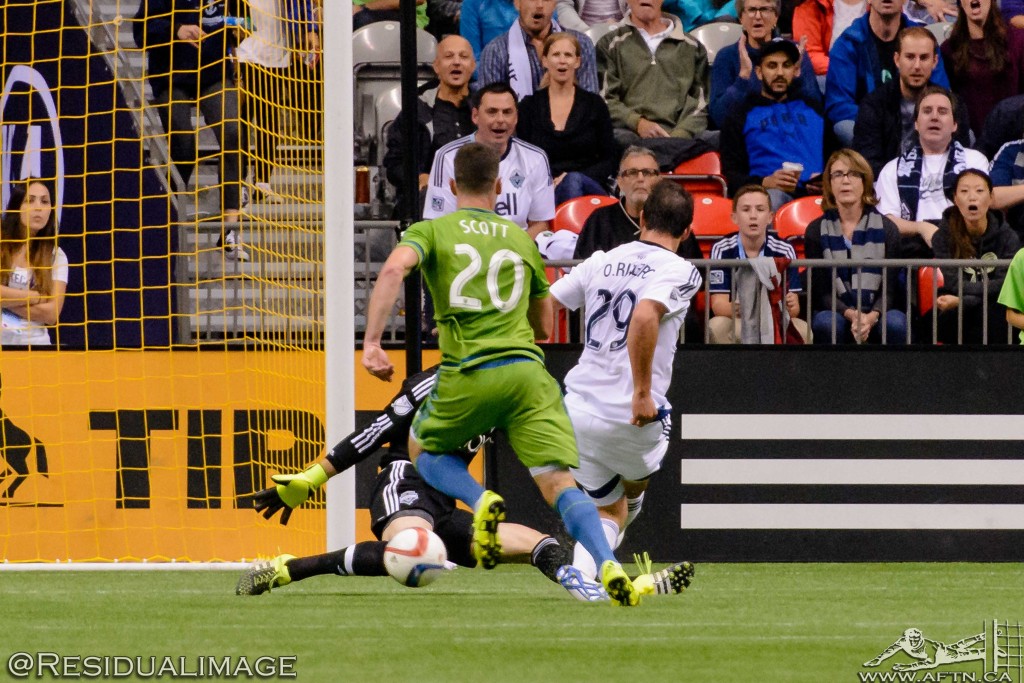 Five minutes later and Rivero is played in by Cristian Techera 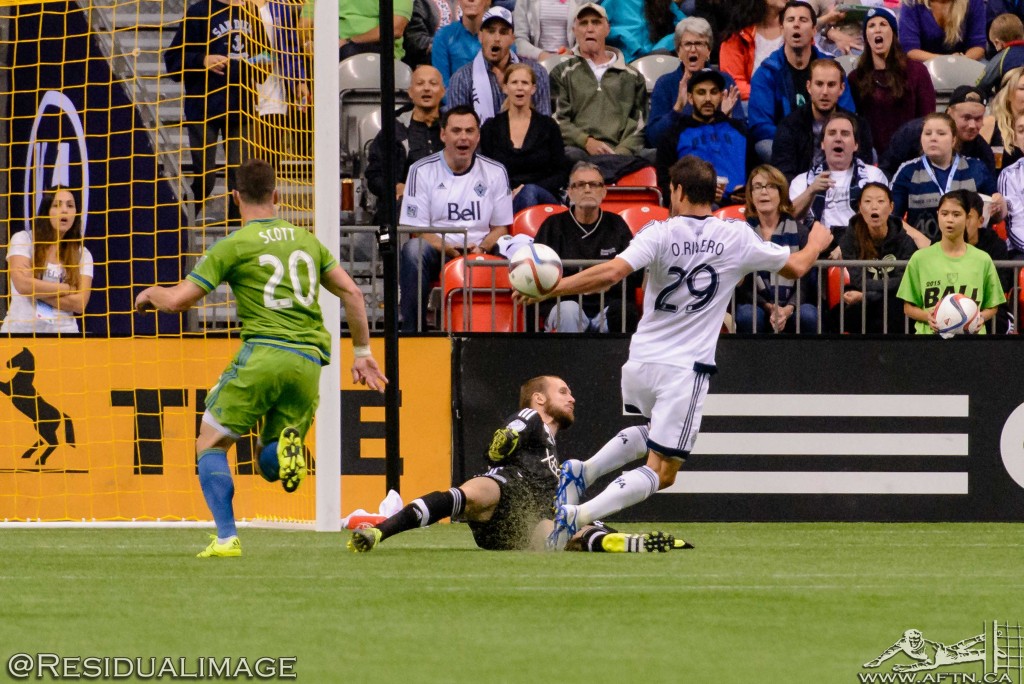 But Frei is off his line quickly to thwart the danger 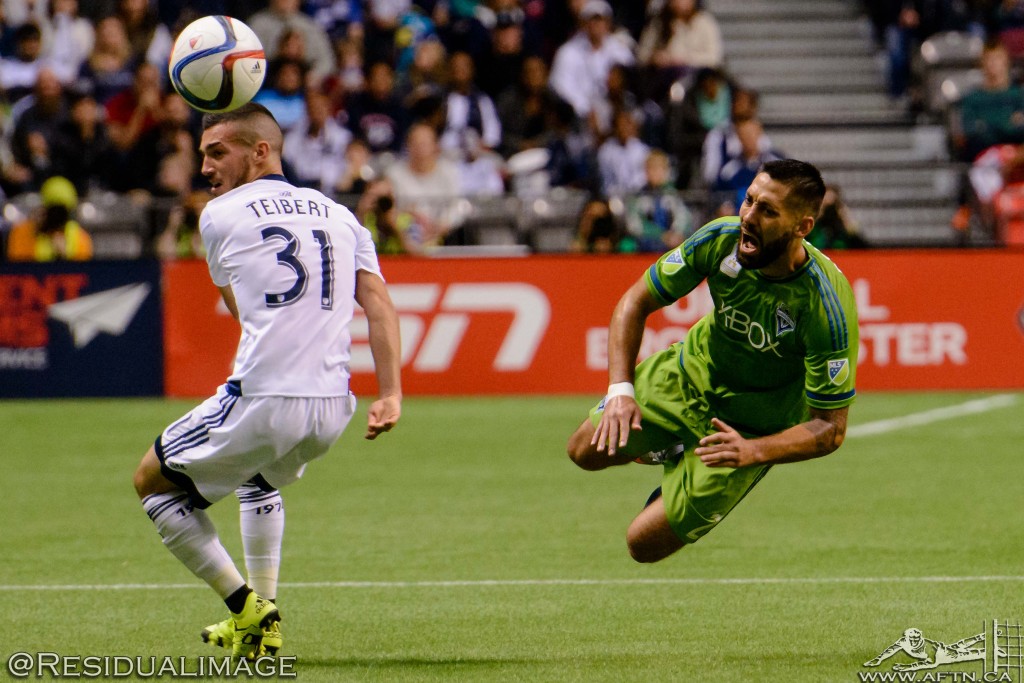 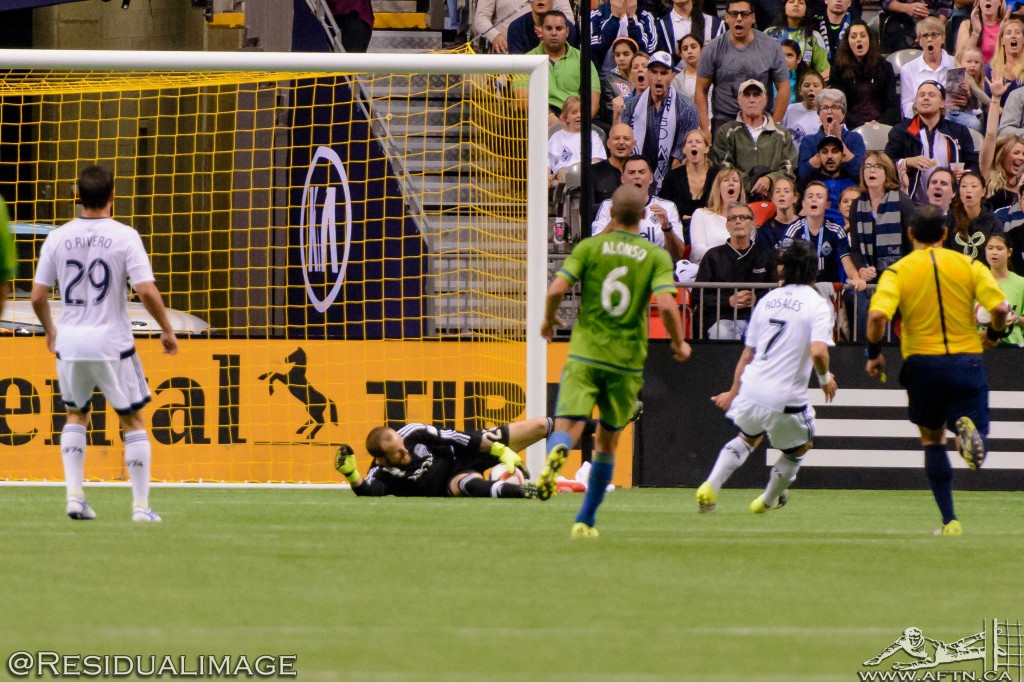 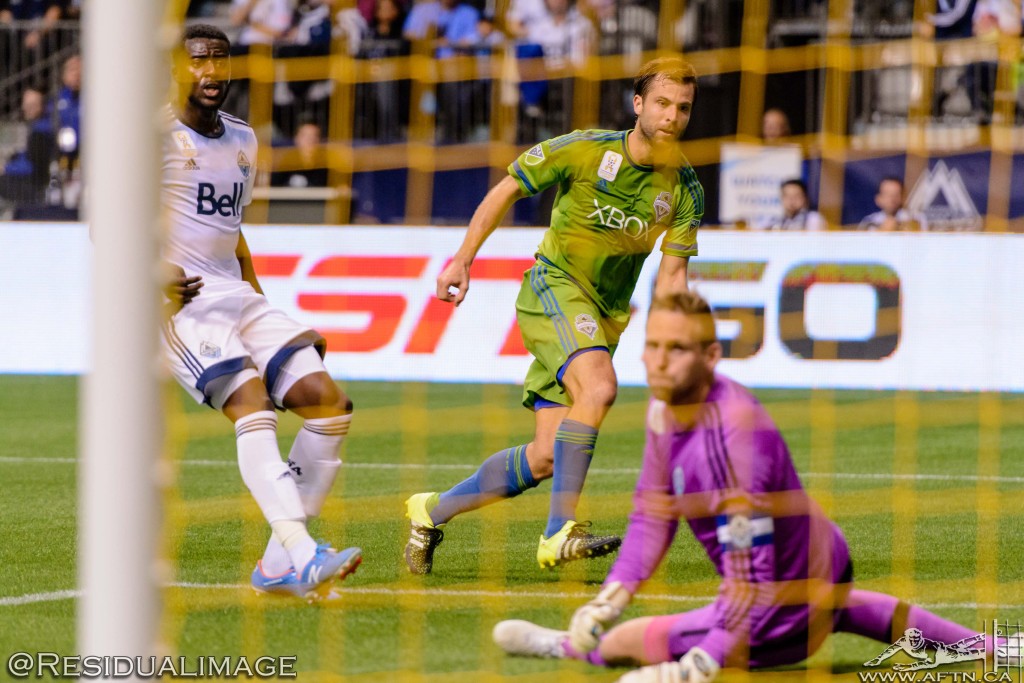 Despite the Caps pressure, a little Ivanschitz puts the Sounders ahead on the stroke of half time 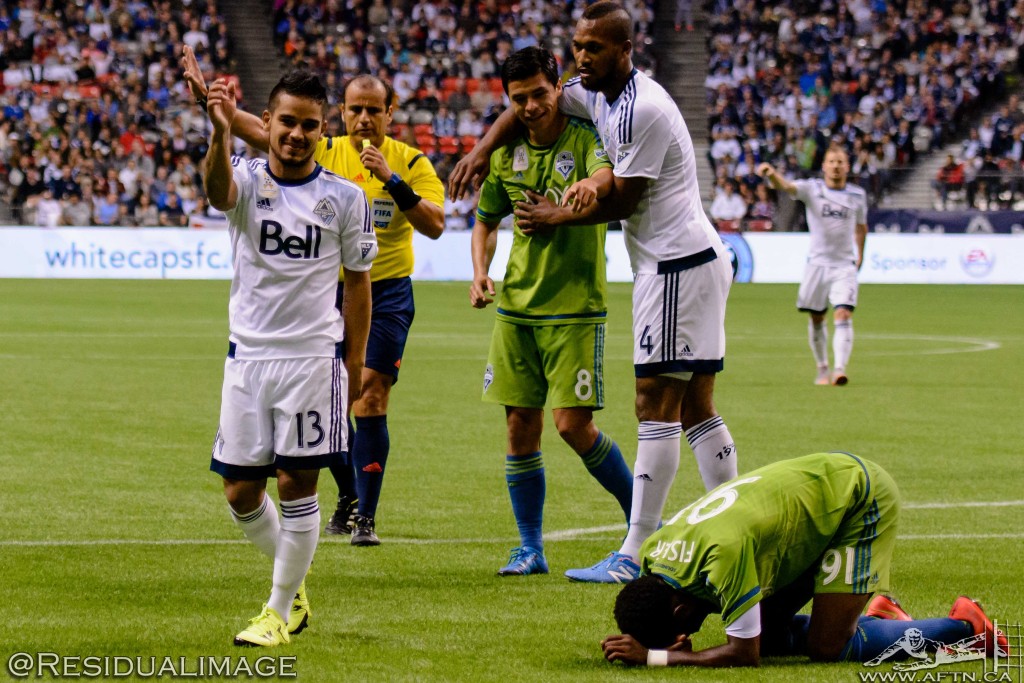 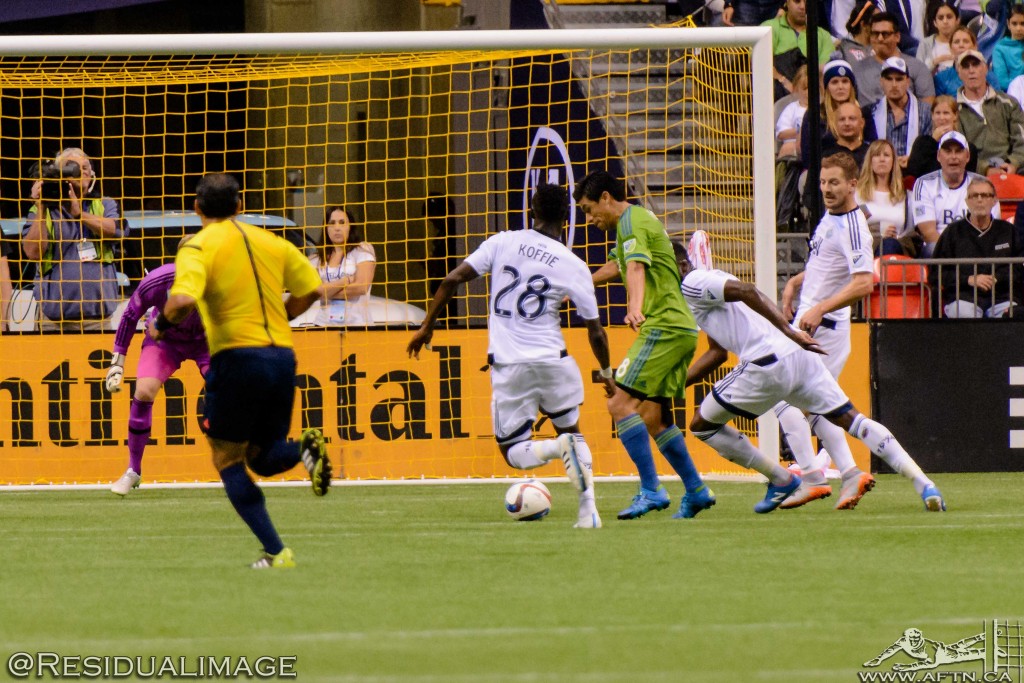 But as the Caps push forward for the equaliser, Gonzalo Pineda lines up a 71st minute shot 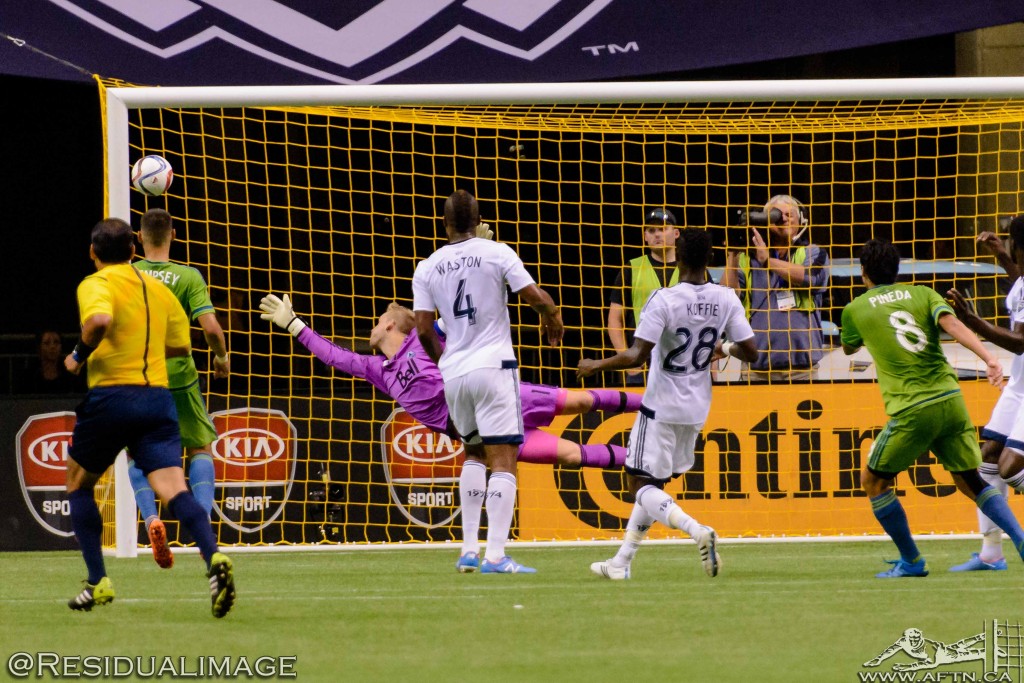 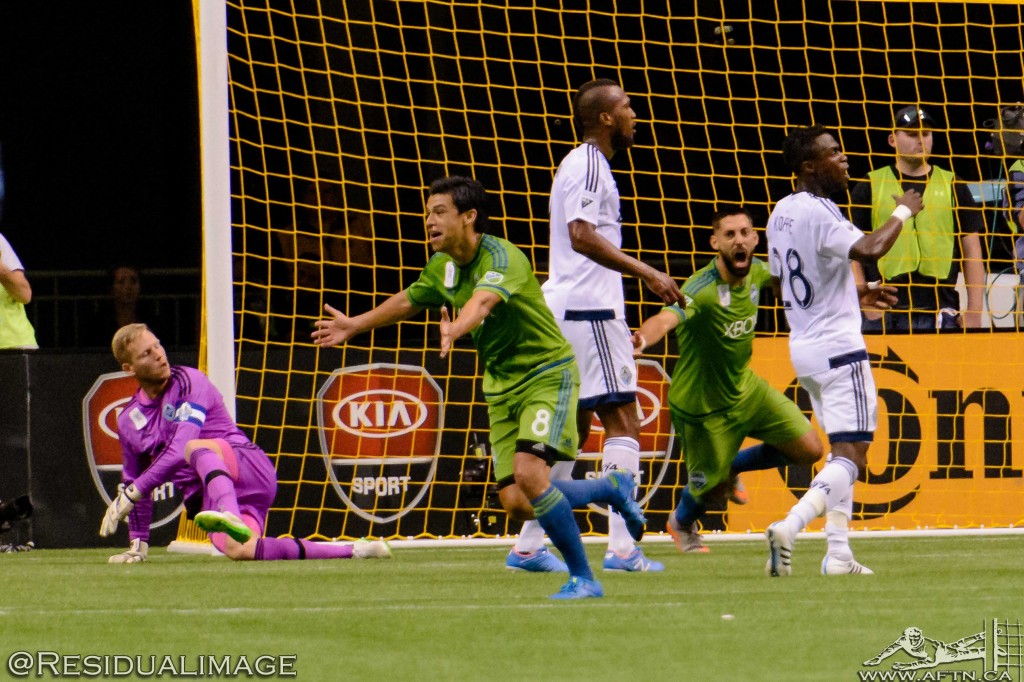 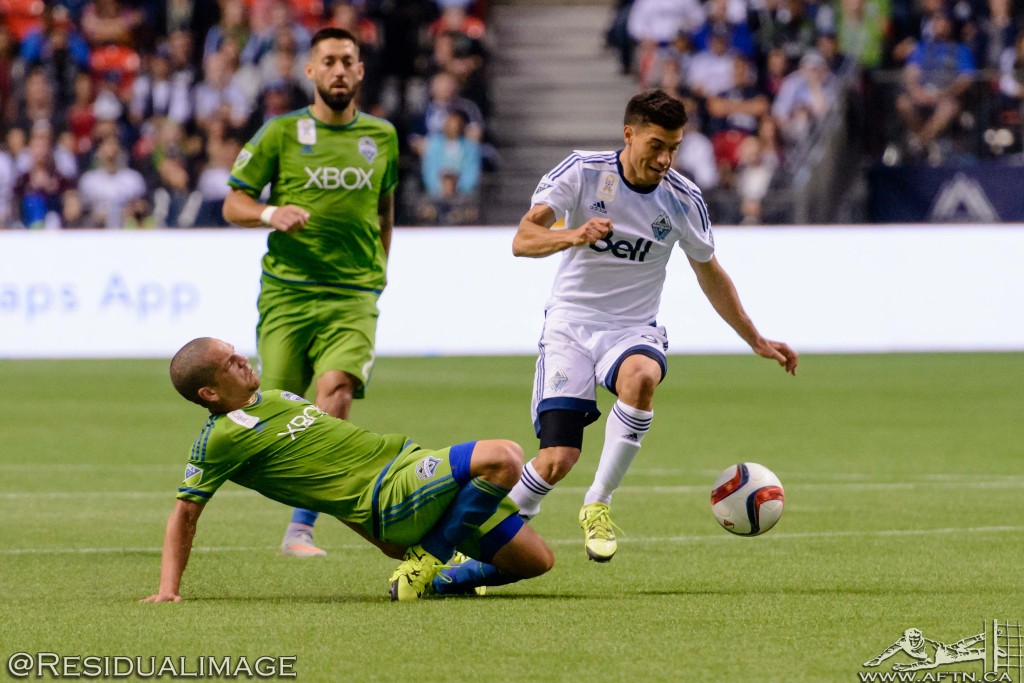 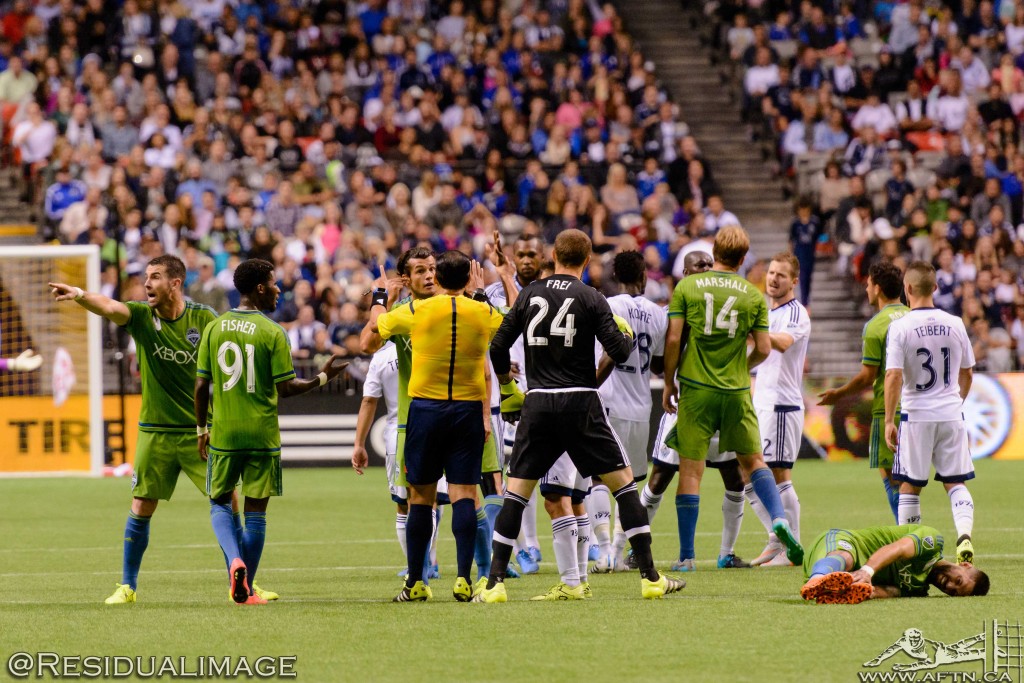 #KickDempseyHarder Kendall got the ball anyway 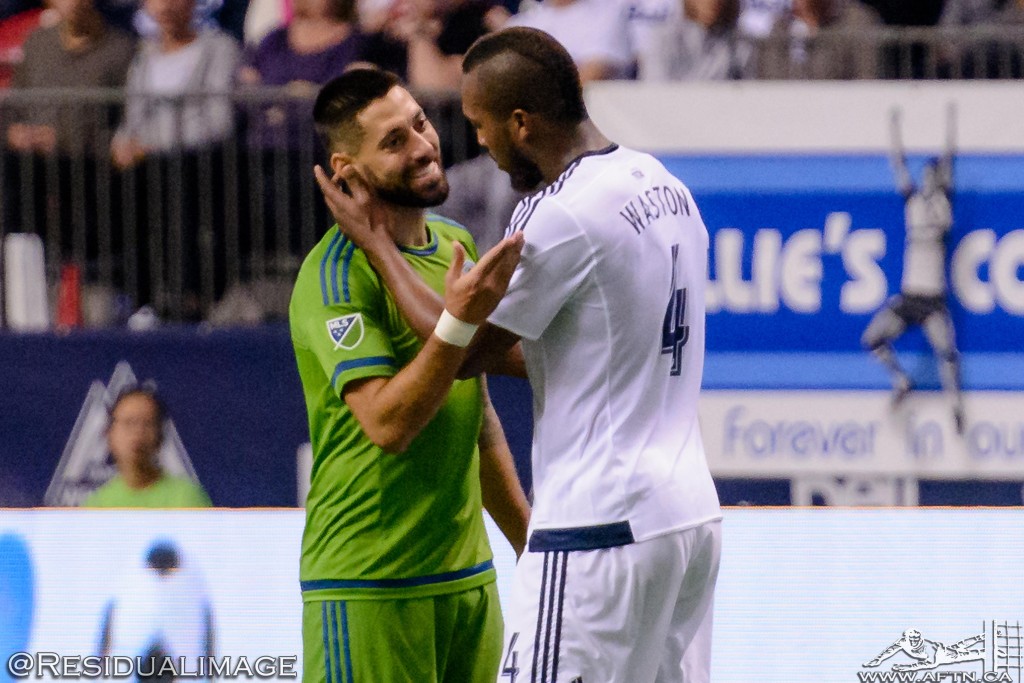 Don’t think it’s as friendly as it looks 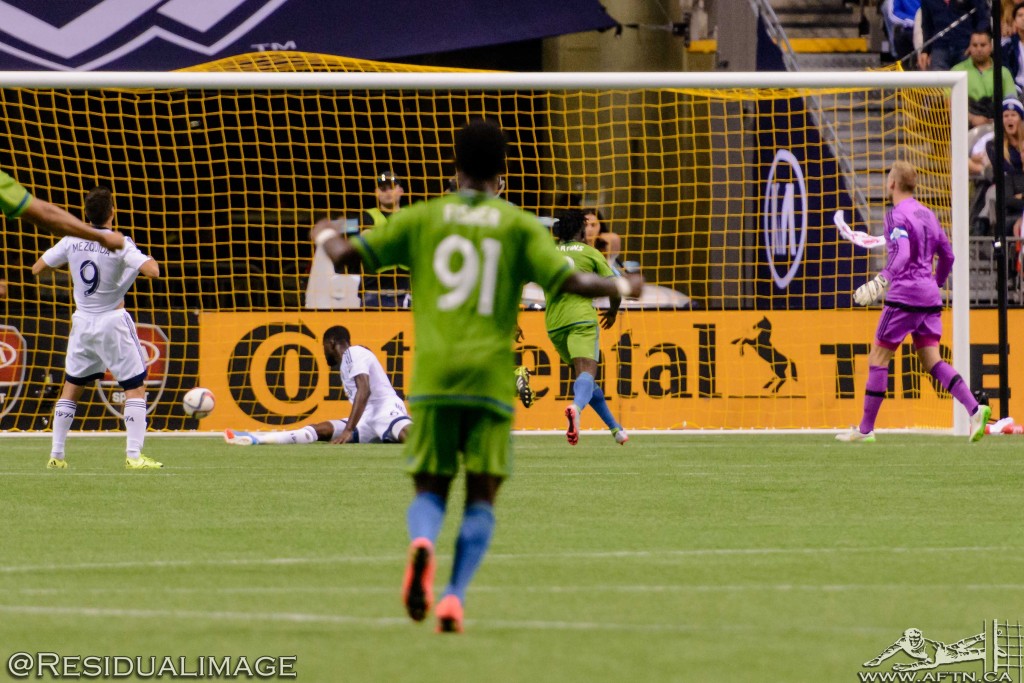 With more space at the back, Obafemi Martins pokes home a third 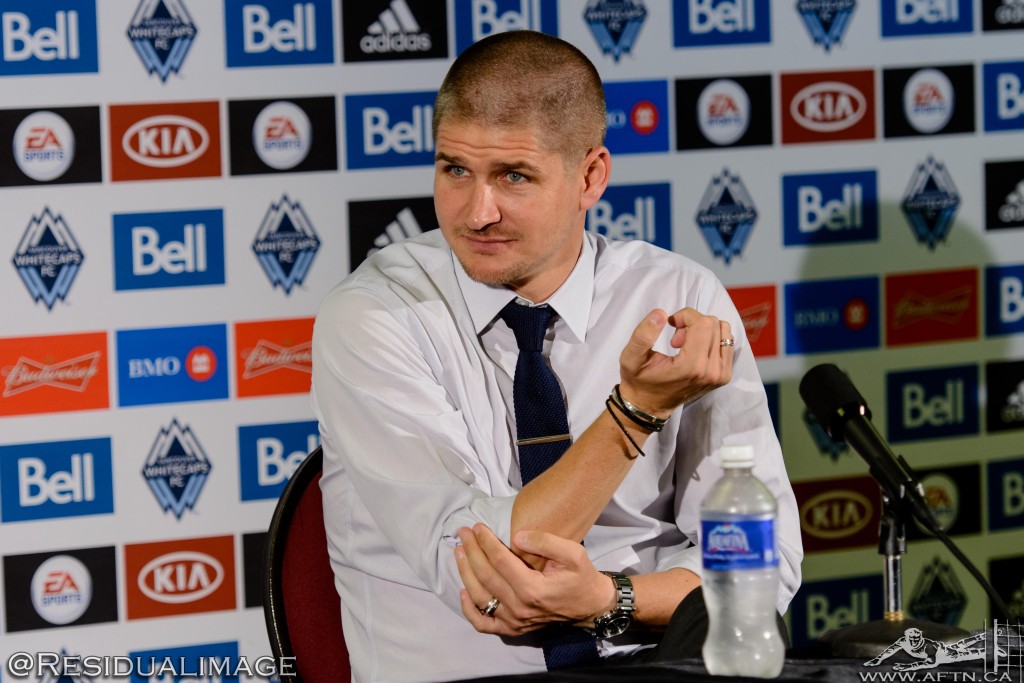