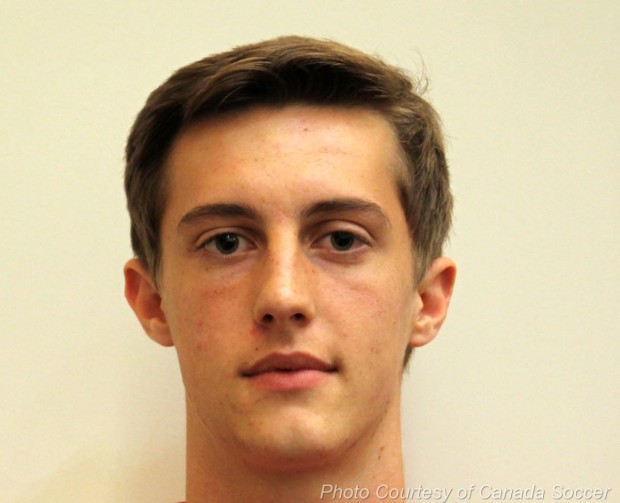 UPDATE 7/1: Doughty will no longer be joining the US U20 camp. No reason has been given for the withdrawal on the official US Soccer site. Here’s our original story…

There’s nothing more likely to raise the ire of Canadian soccer fans than seeing Canadian born players committing their international futures to another country.

We’ve seen it so many times in recent years that it basically felt like it was becoming the norm. An anger inducing and infuriating norm, but one which you just started to shrug your shoulders at and accept when you read about the latest name.

But from out of nowhere the tide seems to have turned, with players like Tesho Akindele and Junior Hoilett recently committing their international futures to Canada. Only yesterday, Marc Weber from the Vancouver Province reported that Scott Arfield and Steven Vitoria were set to join them in pulling on a red and white jersey this year.

Great news, although you always do question the motives of such a player when they make such a decision later in their careers. Burnley midfielder Arfield is 27 now. He played for Scotland at U21 level but isn’t in Gordon Strachan’s plans for the national team and is unlikely to be so at this stage of his career. A career which you could argue needs a little bit of a kickstart.

The same is true of Vitoria. Capped by Portugal at U19 and U20 level, the centre back is now 28 and bouncing around club football. He was most recently on loan from Portuguese giants Benfica to Philadelphia Union in Major League Soccer, who declined their option on him last month. Again, he’s a player who needs a kick start in his career and playing on the international stage will do that for him at club level.

So cynical of us, I know!

Vitoria was born in Toronto, so I have no qualms about him turning out for Canada in that regard. Shunning them at the FIFA U20 World Cup that was played on home soil in 2007 is another matter. Hoilett was born in Brampton, Ontario. Akindele in Calgary, Alberta. Arfield though is Scottish born and bred and that doesn’t sit comfortably with me, and not just because I’m Scottish. Those that have heard me talk about this issue before will know I see it as a complete farce.

Arfield was born in Livingston, a horrible town inbetween Edinburgh and Glasgow. He was raised there, came through Falkirk’s youth academy and was capped by Scotland at U19, U21 and B levels. He qualifies because his dad was born in Toronto. He is NOT Canadian.

Another recent Canadian committer, Fraser Aird, had the right idea. When we spoke with Aird in November about his decision to choose Canada over Scotland, he told us “I was born in Canada, so I think I should play for Canada”.

Aird was born in Toronto to Scottish parents and is now playing his club football at Rangers. He’s been capped for Scotland at U15, U17 and U19 level but pledged his senior international future to the country of his birth, Canada. A decision we agree with one hundred percent.

And amidst this flurry of players committing to the Canadian national team, for whatever reasons, it’s players like Aird that are the players that Canada should be ensuring are pledging their futures to the red and white cause.

Those are the key players for Canada’s long-term future. Get them cap tied.

And it looks like Canada could be close to losing another one of those very players.

Vancouver born Joshua Doughty is one of 36 players named by Tab Ramos today for the first U.S. U20 national team camp of 2016. That doesn’t mean that the 18-year-old has committed to America at this stage of proceedings, of course, but it’s a worrying sign.

Doughty has been catching the eye this past year after signing with Manchester United in January 2014 and joining them in September of that year. He is part of their U21 team at present and has been part of the team playing in the UEFA Youth League this season.

Named as a midfielder in Ramos’ camp, United have him listed as a striker with Academy coach Paul McGuinness describing him as an “inside-forward” on the team’s official website.

Doughty was born in Vancouver to British parents and moved to Arizona aged four. He was with Real Salt Lake’s development academy before making the move to Manchester, winning the USSDA U16 title in the 2012/13 season. 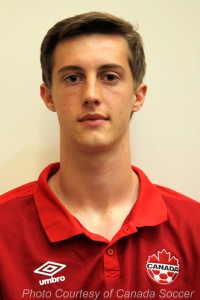 From an international standpoint, Doughty holds three passports (UK, US and Canada) but previously told CTV News, “I probably have some choices to make in the future but for now I’m just focused on Canada.” It looks like those choices may be coming to a head real soon.

Canada have invested in Doughty’s development. The player has been involved with the Canadian national team since he joined his first U16 camp in May 2013. He’s been in a few U16 and U18 camps and travelled to an U18 tournament in France in 2014.

He’s only listed on the Canada Soccer website as having played one competitive match for Canada but was included by Rob Gale in his last two Canadian U20 development camps in September and November. Losing him now, as preparation ramp up for the 2017 FIFA U20 World Cup, would be very disappointing. How much is hard to say, as we still don’t really know how good Doughty will actually be in the adult game.

Having been previously invited to U.S. camps, Doughty declined because he didn’t have his American citizenship. He finally acquired that last year and has now accepted his first call up to the States.

Much like his actual development as a player at club level, this will be an interesting story to see how this all eventually plays out for Doughty on the international stage.