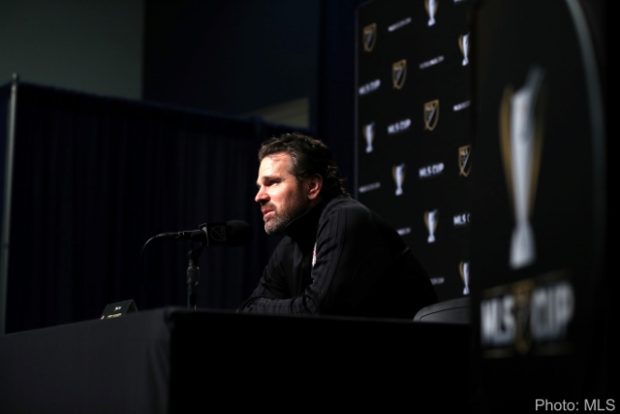 Some players will never play in a cup final. Some managers will never get to lead a team to one. That’s what makes Sunday’s third MLS Cup meeting in four years between Seattle Sounders and Toronto FC all the more remarkable.

For a league that preaches parity, and with some very big spenders recently added to the mix, for two teams to be that consistent is a credit to both organizations’ ambition and leadership.

Both teams have six players still on their roster that started the 2016 MLS Cup. Seattle have 11 players still on their squad that played in the 2017 final, nine of whom were starters. Toronto have eight, all of whom were starters that year. It’s incredible continuity, especially when you factor in that both head coaches, Toronto’s Greg Vanney and Seattle’s Brian Schmetzer, have also been in charge of their clubs during all three finals.

Vanney may have been through it all two times already, but are the nerves still there, especially as this will be the first time he’s led his team into the final away from home.

“Yeah I think that’s normal [to get nerves],” Vanney said at his final press conference before the match. “Some of it’s just the anxiety for wanting the event to be here and wanting the kick off to happen. The lead up to it is all positive energy. It’s not fear or anything like that. It’s just a positive excitement to get out and to get the guys out there to play.

“I think that’s normal but when the game kicks off, it’s just like when I was a player, that as soon as the game happens your mind is so immersed on what is going on in the field that you really don’t have the energy for anything else other than what is going on.

“That’s pretty standard for these types of games, but if you’re not feeling something, then the moment isn’t big enough and this is as big as it gets in our league.”

In amongst all of those experienced cup final veterans are a number of players who will be experiencing their first ever MLS Cup and all the hoopla that goes with it. One such player is a nine year veteran of the league, TFC’s Eastern Conference Championship hero Nick DeLeon. 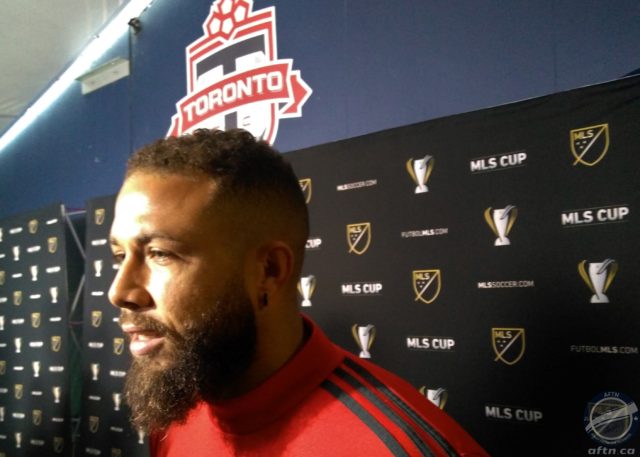 The versatile DeLeon spent eight years at D.C. United, with just one US Open Cup title to show for it. Despite this being the biggest game of his career to date, the laid back DeLeon is just taking it in his stride.

“We’re just keeping it really light,” DeLeon told reporters ahead of the team’s final training session on Saturday. “Focusing right now on getting everybody’s bodies right and doing some tactical adjustments. But other than that, it’s just another game, so I don’t think we’re doing anything too much out of the norm.”

TFC flew into Seattle on Thursday and while the nerves may not be there for DeLeon just yet, now that he’s in the city and kick off time gets closer, the reality of the occasion is slowly starting to hit home.

“A little more for sure,” DeLeon admitted. “And definitely today it’s hit me a little more than it has before. I’m definitely starting to feel the excitement.

A year ago DeLeon was released by D.C., only to be selected by Toronto in the MLS Re-Entry Draft last December. It was a pick up that went pretty much unheralded, but the 29-year-old has had his most productive season since his debut in MLS in 2012.

With six goals and four assists during the regular season, and two more goals in the playoffs, including the game winning goal in Atlanta that took TFC to this year’s MLS Cup, it’s been a fairytale journey for the midfielder, and one that he’s just keen to savour every part of in case he doesn’t find himself on another one.

“It’s definitely been an incredible journey,” DeLeon mused. “And a journey I honestly couldn’t see with foresight. To be here, I’m just kind of embracing the moment, enjoying the moment, and just trying exactly to live in the moment and enjoy this, because these moments don’t come round every day, that’s for sure.”