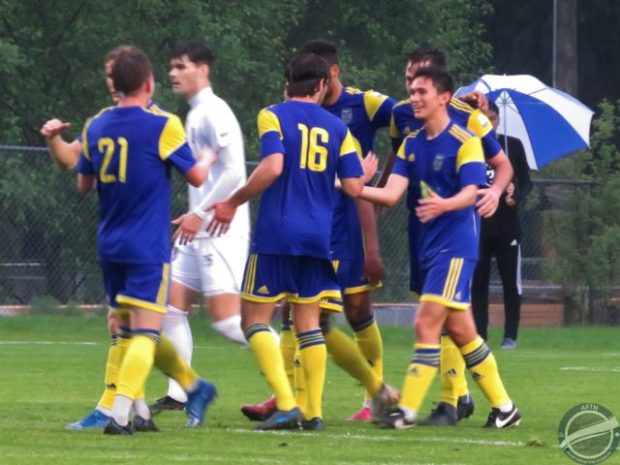 Varsity FC will look to build upon their unbeaten start to the new League1 BC season with their home openers on Saturday against Victoria Highlanders at Thunderbird Stadium.

Both Varsity’s men’s and women’s teams kicked off their inaugural L1BC campaign with 2-0 wins at Unity FC on May 26 and looked good in doing so with two teams heavily built around UBC Thunderbirds talent.

League1 BC has provided a much needed summer outlet for the top talent around Canada West. While the old USL PDL/League Two set up seemed to be more focused on NCAA talent and the quality of the Pacific Coast Soccer League kept dipping, BC’s college players didn’t really have an outlet to continue their development, with many just taking the summer off.

Now, with L1BC rosters packed with talent from all of the BC based universities and three of the teams affiliated with three of the institutions, that outlet and pathway is now there, which will help everyone immeasurably.

“It replicates a lot of what we have in Canada West,” Varsity FC men’s head coach Mike Mosher told AFTN. “That’s unfortunately a relatively short season. This is a shorter season, but now you put the two together and there’s a nice six month period of good games, proper standards, good venues, and so on and so forth.

On the women’s side in particular, this has been a long overdue development.

With no professional league in Canada to call their own, female players have had the college season, a splattering of semi-pro teams, and the League1 set up out east as the only options if they want to play at a reasonably high level within Canada.

“I think for all university players, this is what has been needed big time,” Varsity women’s head coach Jesse Symons told us. “A standards based league, where we can play. For the local based players it allows a lot to stay together for sure, with the different programs.

“For the other players that come in, they add to the environment. It gives them the opportunity to prepare for their preseasons as well. I think overall, it was needed and it was timely with everything that is going on with this country and soccer. We’re really proud to be a part of it and I really hope that this is the start of a massive revolution of soccer in BC.” 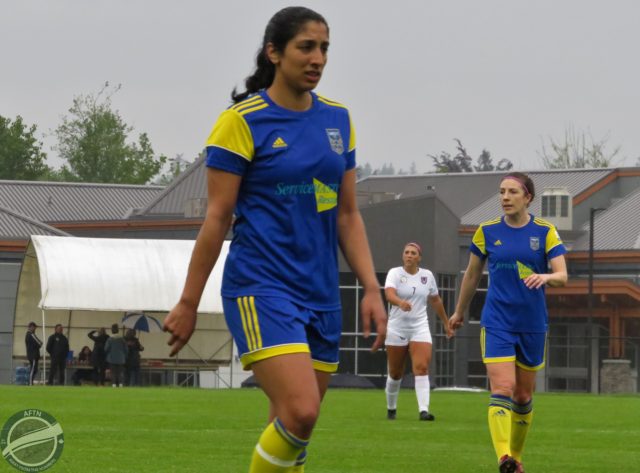 There are a number of keys to what many feel will be Varsity’s success this season. Chemistry and familiarity are certainly part of that, but both the men’s and women’s sides have bolstered their rosters of UBC talent with some key additional pieces from outside of their programs.

The women’s team has Emma Regan in defence, a former Whitecaps standout out who is at the University of Texas and has one senior cap with the Canadian national team along with many others at youth level. Former SFU captain Samantha Donald is in the midfield, along with former team-mate and current SFU assistant coach Jenna-Lee Baxter and Katelyn Erhardsen.

Up front, former Whitecap and current University of Texas Longhorn Holly Ward is an important addition to the squad and wrote her name into the history books with the club’s first ever goal last week against Unity.

On the men’s team, Mike Mosher has added some experienced guys that he knows well to help bring the best out of his young college talent.

On the defensive side, goalkeepers Lukas Strauts and Darius Motazed and centre back Joseph Zupo have experience playing in Europe and overseas, along with playing and coaching experience locally. All three were part of the FVSL treble winning FC Tigers this past season and will help a young Varsity backline immensely.

On the offensive side, Mario Kovacevic played with the University of Toronto and locally in the VMSL with Croatia SC, while Caleb Clarke is a former Thunderbird and was on the Whitecaps MLS roster for a number of years. Clarke is just coming off a 20 plus goal year with VMSL and Provincial champions BB5 United CCB.

“Part of the thought process in growing and building this team was obviously UBC guys and prepare us for what’s ahead,” Mosher told us. “But also bringing players in some positions where we needed some support, like the right guys who are going to be really good mentors for the players that we have.

“So Caleb Clarke and Mario Kovacevic up top, Joe Zupo at the back. They’re good players, but they’re old heads and they’re the right people that will help our guys along. Because that’s the goal, especially with the UBC guys. We want them to be sharp and to be better come August.”