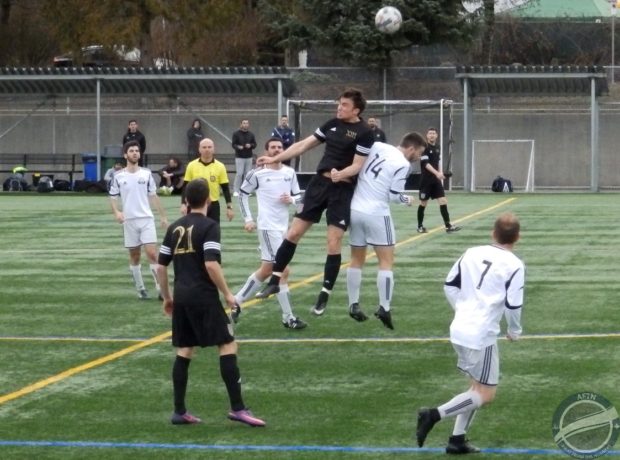 With the weather finally clearing up, the VMSL fixture backlog has reduced, allowing the semi-final match ups to be played across the league’s five cup competitions. We brought you details of the Imperial Cup semi-finals yesterday, so let’s just get everything up to date with a look at who will be contesting the silverware in the Division 2, Masters A and B, and U21 cup finals.

All the finals will be played at Empire Fields on Saturday March 30th. It should be a great day out, with the Whitecaps taking on Seattle Sounders that evening. What a day of football could be in store for you. And we’ll let you decide what the best match will be!

We’ll kick things off with a look at the seldom covered U21 Cup where TSS FC Rovers U21’s claimed a berth in the final in their first season in the VMSL.

Made up of young players from the TSS Academy, the Rovers headed into their semi-final second leg in Richmond on Saturday night with a slender one goal lead after a barnstorming 5-4 win in the first leg of their tie against Faly Academy Soccer. John Joseph increased that lead to two with his ninth goal in three matches, and although Faly equalised on the night, the young Rovers held on for a famous win.

They’ll now likely meet BCT Tigers FC U21’s who overturned a 1-0 first leg deficit away to West Van FC, coming away with a 2-0 victory. We say likely because the match is currently under protest with a lot of drama off the pitch that saw the police called and a “supporter” arrested.

All the drama during the Division 2 Cup semi-finals was reserved for on the pitch.

NK Hrvat needed penalties to decide the first semi-final against Shaheen FC at Burnaby Lake on Saturday afternoon, after the teams finished scoreless after 120 minutes of football. They’ll now take on Metropolitan FC in the final (kick off 1pm) after the students fought back from being a goal behind at half time to secure a 2-1 victory. 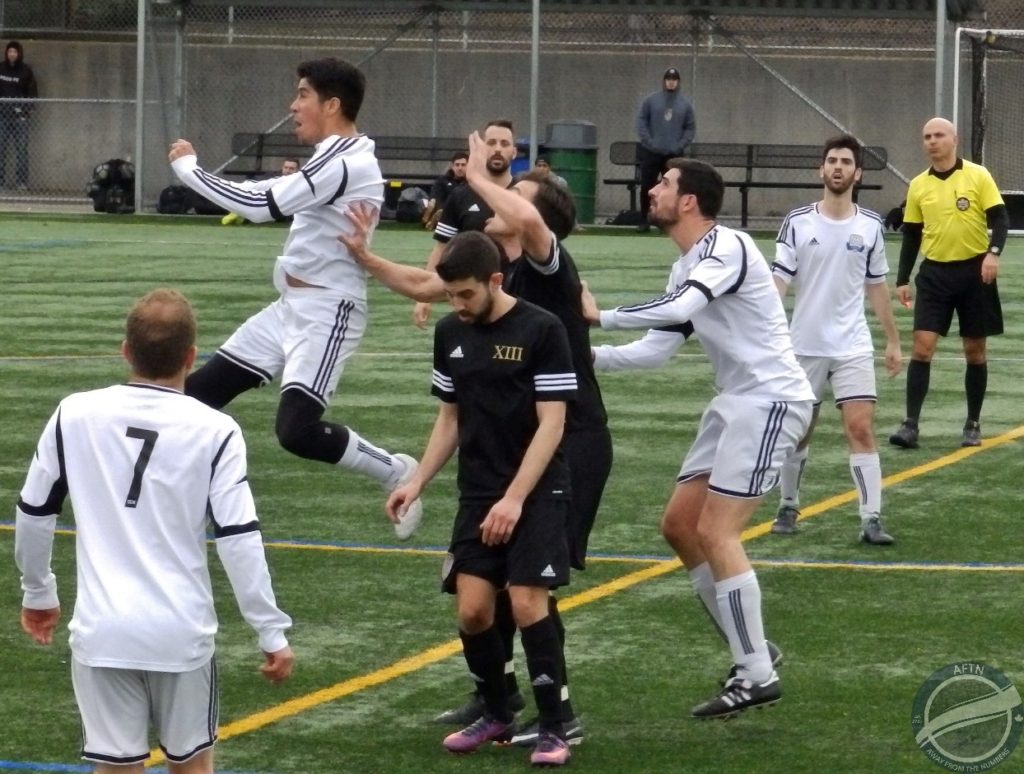 Both teams had their chances in the first half but Metropolitan looked the far more dangerous side and it was a bit of a surprise when 13th Legion took the lead in the 44th minute when Barry Moscone finished from close range.

That lead was to only last a few seconds into the second half before Tomas Solano Prieto brought Metropolitan back level.

The tackles were flying in hard and fast and Metropolitan won a penalty just past the hour mark after a clumsy challenge in the box. Masumi Turnbull tucked it away, for what was to be the match winner.

13th Legion unraveled a little bit after that, questioning every decision by the referee and the finished the match with nine men after Goran Vitic saw a straight red for a last minute tackle and Ryan Zaharija was sent off after the final whistle for dissent.

You can see two of the goals (we missed Metropolitan’s equaliser by seconds due to a crazily short half time and having to go get a jacket!) and some other highlights from this match, including some crunching challenges and the sending offs, below:

The Division 2 Cup final is scheduled for a 1pm kick off on March 30th.

In the Masters, PCOV will take on West Van FC (kick off 3.30pm) in the A Cup, while Coquitlam Metro Ford Shooters take on ICSF Columbus in the B final.