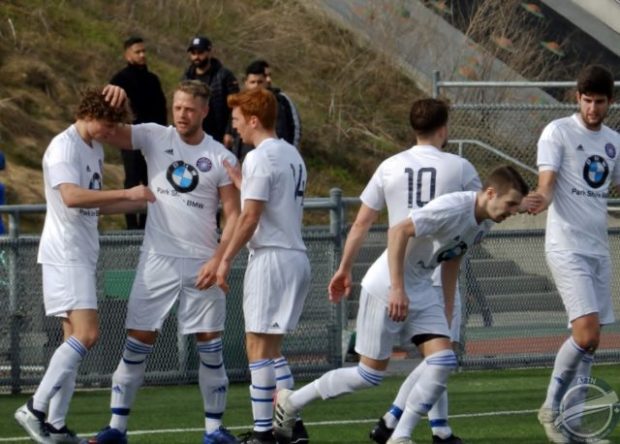 The 2019 VMSL Imperial Cup final is all set after two hard fought semi-finals played out at Empire Fields on Saturday afternoon. By the end of them, BCT Rovers Tigers United and West Van FC are the last two teams standing for the chance to lift the famous old trophy at the end of the month.

The first semi-final pitted Rovers Tigers against Surrey rivals, and VMSL Premier title chasers, CCB LFC United, and it proved to be a far more one-sided affair than anyone expected with the reigning Provincial Cup champs running out comfortable 4-1 winners. 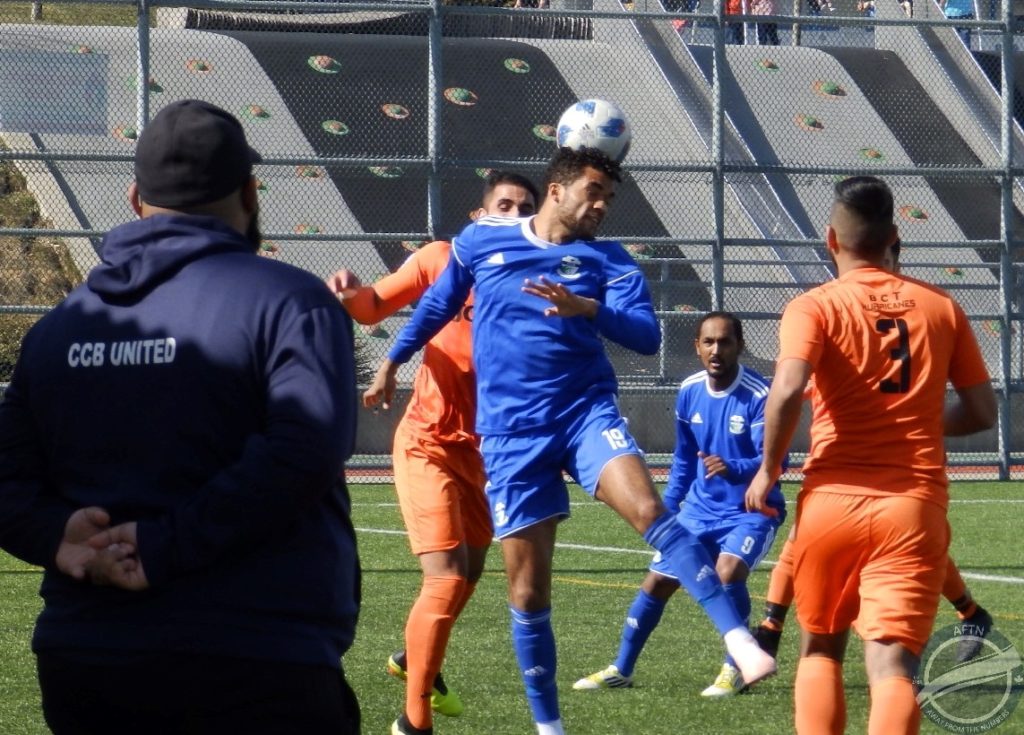 Both sides exchanged some early chances, but Rovers Tigers were looking the stronger side from the start. They should have found themselves in the lead in the 33rd minute when they somehow managed to hit the woodwork three times in the same goalmouth scramble, but moments later they made no mistake when Pavi Dhillon took a touch off a Nick Soolsma cross and blasted a volley past CCB keeper Luke O’Shea for the opening goal of the game.

Dhillon should have made it two a few minutes later when he got on the end of another Soolsma cross but couldn’t pick the ball up cleanly to direct it on target. That was to prove a brief respite for CCB and Dhillon did get his second a minute before half time, finishing off a low Rahid Rahiem cross from close in.

If CCB were to have any chance of a comeback you felt they had to get the next goal and they took the game to Rovers Tigers after the start. A nice lob over the keeper from Bobby Jhutty got them back to within one in the 51st minute, and although they initially pressed for the equaliser, it was Rovers Tigers who soon took back over, sparked by the play of half time sub Ryan Dhillon.

Dhillon first forced a good save from Luke O’Shea, then Soolsma swung in the resultant corner, then after a bit of a scramble in the box, a CCB defender headed it into his own net midway through the half.

Dhillon then helped provide the icing on the cake when he broke down the right in the 70th minute before squaring the ball to Soolsma to slot home a fourth.

It was a solid performance from start to finish by Rovers Tigers, who look to be getting back to some of their treble winning form after a few blips along the road recently. You can see all the goals, and some other highlights, in our video below:

Rovers Tigers will now take on West Van FC in this year’s Imperial Cup final after the Amblesiders got the better of their old foes Coquitlam Metro Ford Wolves in the second semi-final.

This one was always pegged to be close, with Metro Ford battling to secure their place at this year’s provincials, after missing out last season, but going up against a West Van defence that has the best record in this year’s VMSL Premier.

In the end there was one goal in it, with West Van coming out victors by a 2-1 scoreline. 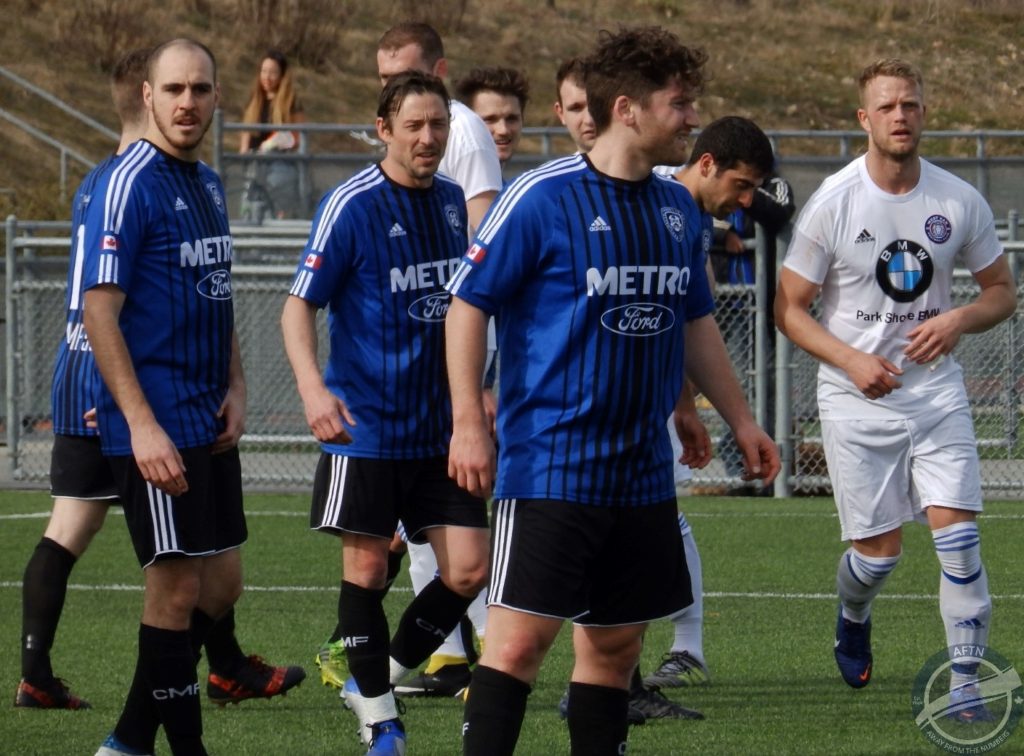 Alan McIndoe fired West Van into a 29th minute lead, and that was how things stayed until just before the hour mark when former SFU man Michael Winter doubled the Amblesiders lead when he swept home a header from close range in the 56th minute.

Juan Sanchez gave Coquitlam some hope when he fired home a 20 yard free kick with 15 minutes remaining, but there was little sign of a goal to force the game into extra time and West Van secured their place in the final fairly comfortably in the end.

With the semi-finals overlapping, we were watching all of the Tigers-CCB match, so only captured the second half highlights of this one. Here they are:

Both teams fully deserved their semi-final victories and now meet in a final pegged to go at Empire Field on Saturday March 30th. Kick off is currently set for 6pm, although we hope that might change to avoid clashing with the Whitecaps game at home to Seattle that night!

Rovers Tigers have now secured their berth at this year’s provincials, as they look to defend their title. CCB, Croatia SC, Rino’s Tigers, and West Van will also be there, based on their league positions. Metro Ford should still be there with them, despite losing their semi-final. They need to take just one point from their last three league games, or for Club Inter EDC Burnaby to drop any in their last two matches, to secure the sixth and final VMSL spot.

You can find a few more photos from both semi-finals on our Flickr page HERE and below.