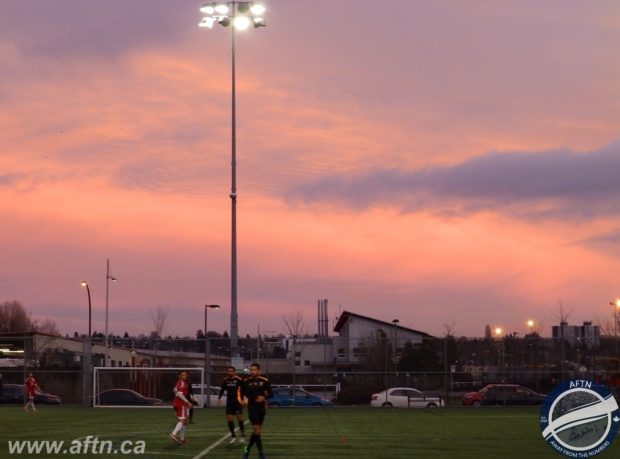 With the majority of teams having five games remaining, there are some exciting battles ahead in the run in to the 2017/18 VMSL Premier Division season, with the title, relegation, and Provincial Cup places still all very much up for grabs and there could be some dramatic movements in the weeks to come.

The battle for the Premier championship is now firmly a two horse race, and although a quick glance at the table, and recent form, may look like BCT Rovers Tigers United are a shoe-in to be lifting the silverware next month, their fierce Surrey rivals Pegasus FC will feel that they still have a great chance of stopping them and claiming the crown themselves.

Pegasus had a statement game and laid down the gauntlet with an 8-1 thrashing of Campo Atletico at Newton on Friday night to keep themselves in touch with the leader leaders.

Led by a hat-trick from former WFC2 player Sahil Sandhu, a brace from Jora Saran, and a goal apiece from their leading scorer Azad Palani, Jagpreet Purewal, and Navkaran Bains, Pegasus continue to sit six point behind Rovers Tigers, with a game in hand and a meeting between the two teams coming up in penultimate week of the season on February 9th.

Luan Ares got Campo’s consolation and despite the hammering they didn’t lose any ground in the standings and remain fifth bottom (also called 8th if you’re feeling in the glass half full mood!), four points clear of the relegation places. But more on that later.

Rovers Tigers United kept their six point lead at the top thanks to a surprisingly comfortable 3-1 win over Rino’s Tigers at Trillium on Saturday afternoon. There’s a definite CAT Division joke in there somewhere. 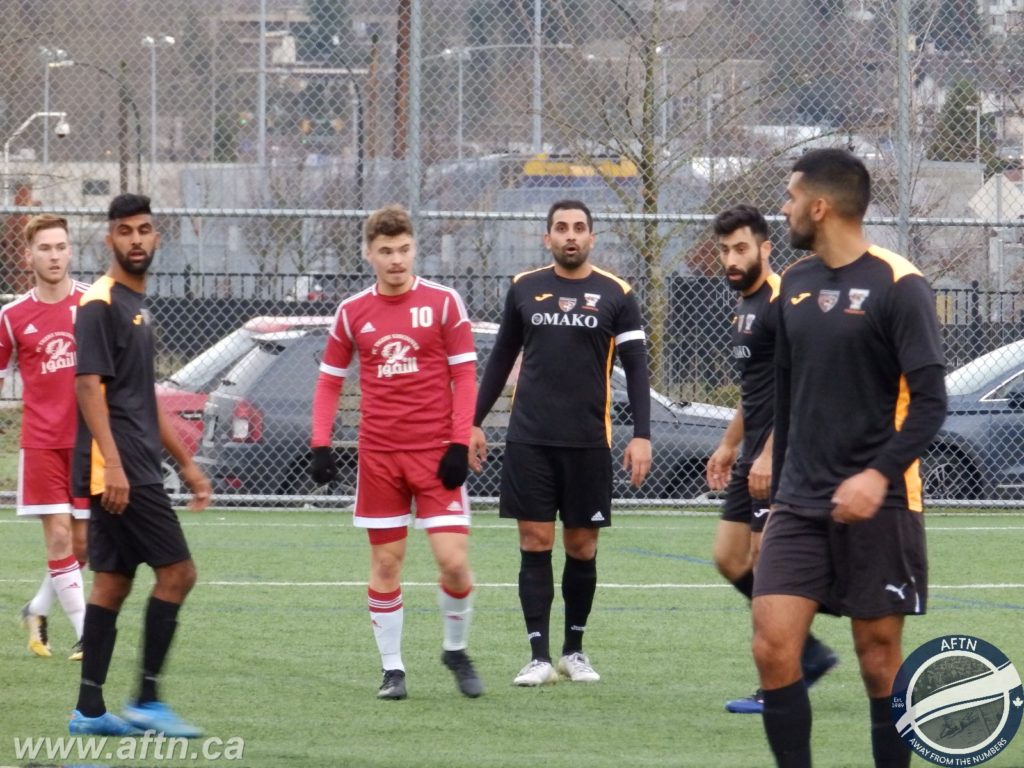 All the action came in a frenzied first half, with Rovers Tigers simply clinical in front of goal and very dangerous every time on the counter.

Rino’s took the game to the league leaders from the start, pressing hard and enjoying the majority of the possession, but it was Rovers who took the lead when sloppy play by the home side, set up Nick Soolsma and the former TFC man raced in on goal, rounded the keeper, and slotted home a lovely goal from the tightest of angles out wide.

Rino’s were caught out again by more sloppy play 11 minutes later, this time allowing Soolsma to set up Rahid Rahiem to run in on goal and slot home the second.

Two minutes later and it was three, with Soolsma firing home from the spot, before having to head off from the game early!

But just when it was looking like a surprising rout might be on against a team in fine goalscoring form themselves, Rino’s pulled one back with just under ten minutes of the half remaining.

Rino’s leading scorer, and TSS Rovers player, Connor MacMillan was brought down in the box, picked himself up, and fired home from the spot, but if that goal was meant to spur a Rino’s comeback, Rovers did a great job shutting the game down and the second half was nothing much to write home about, with few real goalscoring chances for either side.

You can see some photos from the match by Bill Currie over on our partner site BCSoccerweb.com and all of the goals in our video below.

Rino’s loss saw Croatia SC take sole ownership of third place in the standings following their 4-0 thumping of relegation threatened Richmond FC Hibernian at Minoru Park on Friday evening. A brace from Ramsey Alfantazi, one from UBC Thunderbirds’ Mihai Hodut, and another goal from VMSL Golden Boot leader David Malamura, taking his tally to 15 on the season, saw Croatia earn the three points.

Richmond remain fourth bottom, three points clear of EDC Burnaby in the first relegation spot. The Burnaby boys lost a big relegation clash with CCB LFC United at Burnaby Lake on Friday night, going down 3-1 at home to the bottom team and possibly breathing some new life into the Surrey side’s survival hopes.

CCB carried on the offensive spark shown in their loss to Campo Atletico the week before as former Whitecap Caleb Clarke grabbed his sixth of the campaign, Rizal Ganief his fourth, and former WFC2 player Victor Blasco (pictured below), his first.

The win still sees CCB firmly rooted at the bottom of the table, but within five points of potential safety, and with the players they have in their squad right now, if they can string a set of results together over these last five games, the great escape could be on. 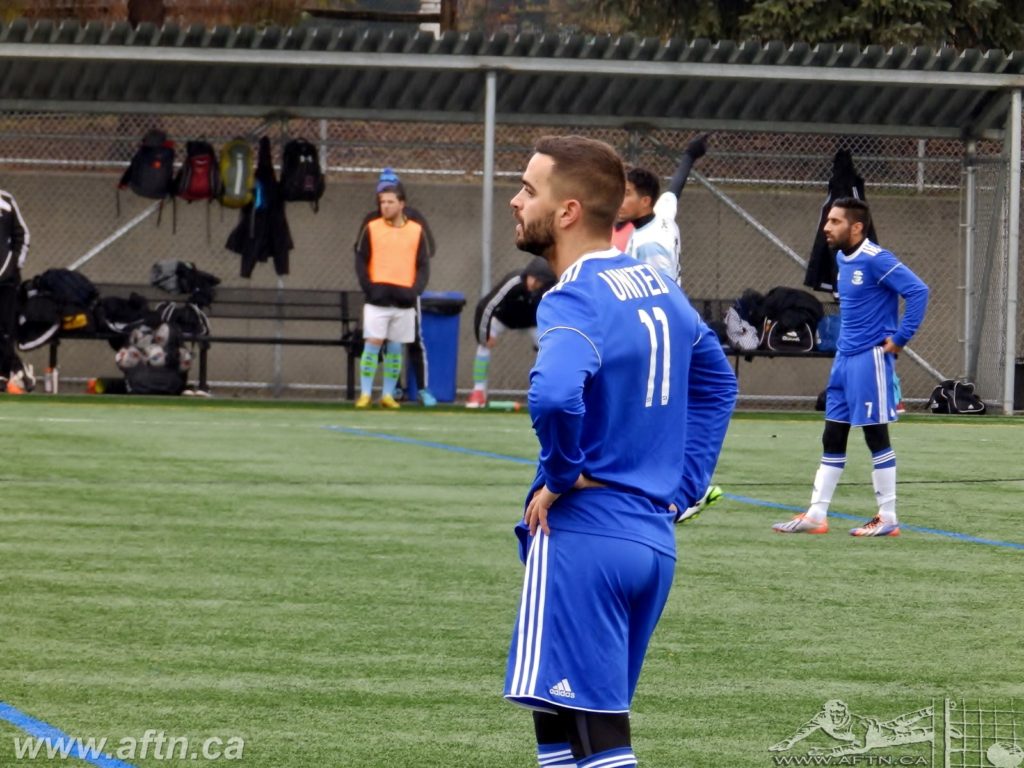 Westside are the other team sitting precariously, just one point above the relegation zone after extending their pointless streak to seven matches following Saturday’s 4-2 defeat at home to Club Inter in Point Grey.

The problem for Westside hasn’t been scoring over this dismal run, it’s keeping them out at the other end that’s been their undoing, and Canucks4Ever from the TakeThePiss forum took in the action, as we detail now.

As expected, Inter were able to get back to winning ways over one of their favourite opponents, though it wasn’t totally straight forward and a bit of a goal fest as well.

Inter had the ball in the net within a minute as Milad and Milad combined to open the scoring. Mehrabi slipped through Rahmati who rounded the keeper for a nice finish, and Inter should have doubled their lead off a sumptuous left footed volley from Mehrabi from the top of the 18, but it thundered off the underside of the crossbar and bounced the wrong side of the line.

Inter were cruising and skied a clear opportunity to extend their lead again; they could have been out of sight within the first 15 minutes but instead were made to pay for their lacking of killer instinct. Westside took the game over and after some great pressure and chances, drew level on the half hour mark when Zach Karmel slotted from the top of the area. Three minutes later they had the lead when Karmel again nodded in a lovely crossed ball back across the face of goal and into the far side netting for his sixth of the season.

It was all the home side until a ridiculous error right before half-time. Their defender clearly intentionally redirected a shot towards the Westside goalkeeper who opted to dive on the ball and was whistled for handling a back pass. Judging by reports about their game at Richmond, it sounds like this is the second time this has happened to the Westside boys this season! It was completely needless as well, the keeper easily could have simply cleared the ball with his feet as he was under no pressure. I guess the argument would be that he though it was a deflection as opposed to a “pass” towards him??

Up 2-1 heading to half time, one would think you are better being sure than sorry, evidently not however; calamitous! Inter would convert from six yards from Alex Marrello we were level at the break.

Second half was even, with nothing more than half chances either way until the big talking point on the hour mark. Inter were awarded a penalty when a Westside defender slid to clear the ball over the end line. He had good position on the ball and made clean contact just as an Inter attacker was coming across his path. Contact with the player seemed to be incidental and Inter certainly were not making any real full-hearted appeals, but never the less the whistle went. For a team fighting for their lives in the league, this no doubt felt like just another case of anything that can go wrong will and their bench was appropriately irate at the decision. 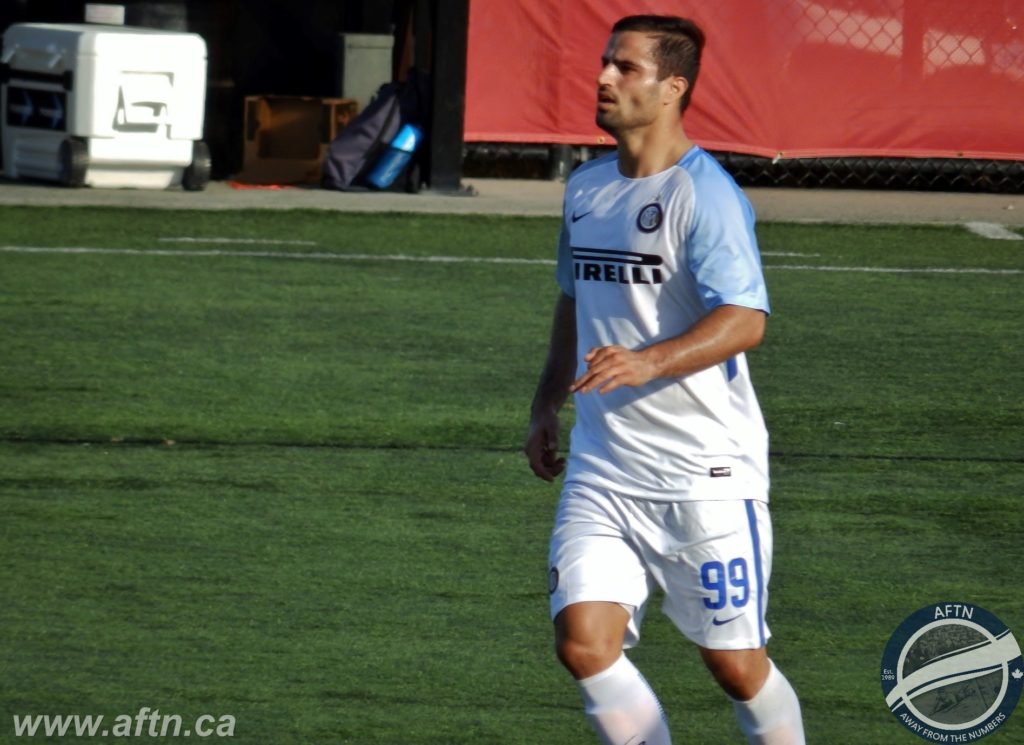 Marrello slotted home his second of the game from the spot and Inter found an insurance marker from Mehrabi (pictured above) as Westside opened up to chase the game. Some credit to the home side as they battled to get back into it right to the final whistle and were kept from making things closer on a few occasions by some quality last ditch defending out of Inter.

A big result for Inter as they fight to keep pace in the race for Provincial places. Westside are kept out of the drop zone thanks only to Chile’s loss at CCB and the upcoming match between Chile and Westside in February looks likely to decide the relegation battle now, although this Saturday’s match up as Campo host EDC could also have huge implications.

The other VMSL Premier match up last weekend saw what could be a crucial one in the battle for Provincial Cup places, with West Van shocking their old rivals Coquitlam Metro Ford Wolves 4-0 at Coquitlam Town Centre on Friday night thanks to a brace from Keith Jackson and a goal apiece from Daniel Morello and Corey Wallis.

All those results leave the VMSL Premier table as follows after week 17’s action. 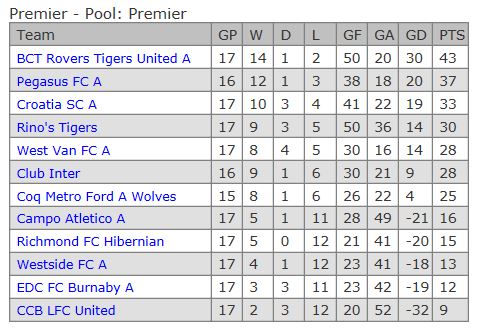 You can find all of this week’s fixtures, results, and standings on VMSLsoccer.com.