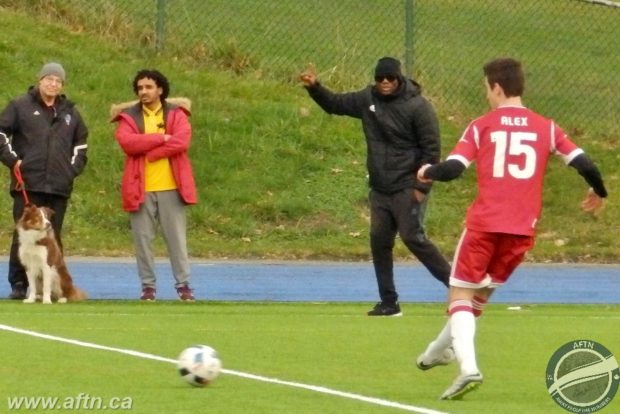 Eight second round matches were set to be played. Seven were, as the weather bit at the last minute to stop the round being completed. At least it’s not as bad as last year’s fixture chaos.

Seven Division 1 sides made it into the second round, and with four of them playing each other, at least two were guaranteed a place in the quarter-finals. But there wasn’t to be any shocks from the other three games, with the VMSL Premier sides making light work of their lower league counterparts.

The action got underway at Coquitlam Town Centre on Friday night and Metro Ford Wolves’ up and down season continued as they found themselves on the wrong end of a 2-1 scoreline against old rivals West Van, who have been enjoying a great unbeaten run of form since December. That’s 11 matches without a loss now across all competitions.

Metro Ford’s defeat now leaves them facing the real prospect of missing out on this year’s Provincial Cup. With six VMSL teams qualifying, including the two Imperial Cup finalists, they’re currently sitting 7th in the standings, with a lot of work and help needed. Considering their dominance in the league these past two seasons, that was probably unthinkable heading into this campaign.

There were three Imperial Cup games at Newton on Friday night, with defending champions Pegasus FC just getting the better of CCB LFC United 1-0 in the Surrey derby. Newly crowned VMSL Premier champs BCT Rovers Tigers United saw off Division 1 challengers ICSF Columbus 2-0, while the all Division 1 clash between GN Sporting Club and Burnaby Selects White Eagles, saw the GN lads go through by a 2-1 scoreline.

Club Inter headed over the bridge to North Vancouver on Saturday afternoon to face runaway Division 1 champs NVFC Norvan Lions in a match that you felt had the makings of a cup upset. But Inter weren’t having any of that and goals from SFU Clan midfielder Dzenan Bezdrob and yet another from Milad Mehrabi gave the Premier side a 2-1 victory.

We headed up to the Point Grey turf on Saturday afternoon to see if Division 1 side Metro Athletic FC Burnaby could pull off a shock at Rino’s Tigers, who haven’t been in the greatest form since the Christmas break. 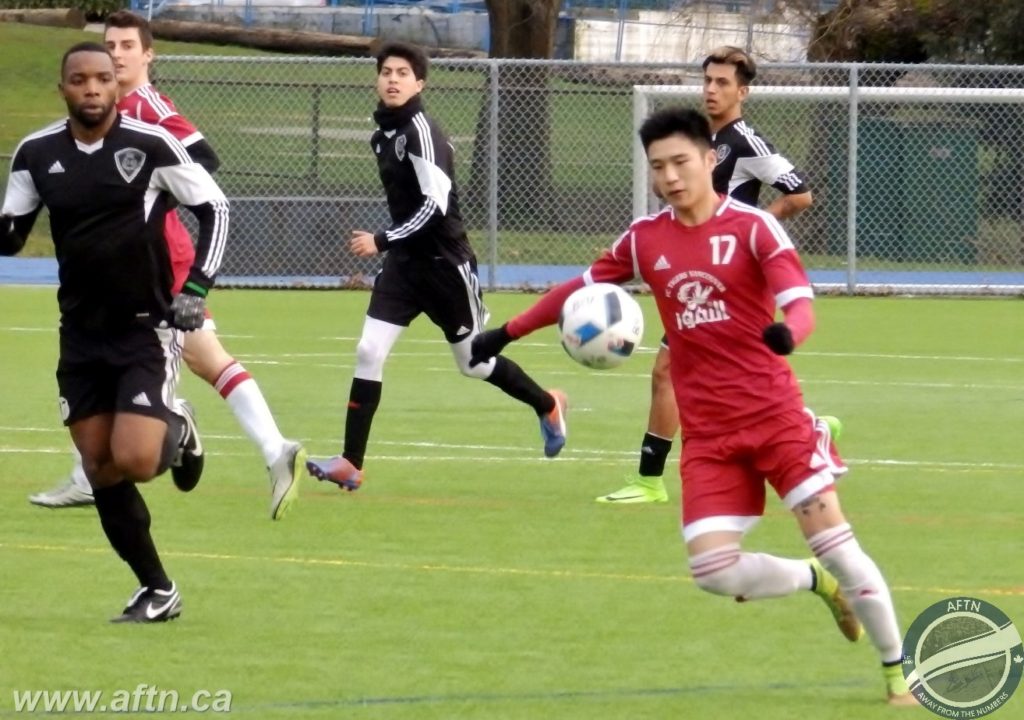 And for the first hour of the match, you could definitely see a shock being on the cards.

Rino’s rested a number of their regular starters, including their SFU contingent, and must have felt comfortable that the guys they put out on the park could get the job done. Yet despite having the lion’s share of the possession, it was the Burnaby side that had the best chances in the first half and could have easily been a couple up before the break.

But those missed chances were to prove costly and you felt with the talent Rino’s had on the bench, they could change things up if they needed to.

Tigers dominated the second half, and the introduction of Kristian Yli-Hietenan certainly livened up their attack, and the big UBC striker crashed a header off the crossbar.

Metro Athletic still had some dangerous counters, but the tide seemed to have turned and you felt there was only going to be one winner, especially when the Division 1 side went down to ten men just before the hour mark when Joshua Nzuzi Iuaka was sent off for a second bookable offence.

To their credit, missed chances and some solid defending kept the Burnaby side in the match till the very end, before finally coming undone from an 86th minute penalty. Rino’s added a second with a long range screamer in the last minute and came away with a hard fought 2-0 win.

You can see some highlights from the match, including Rino’s first goal (only captured tail end of the second one as camera couldn’t focus in time in the light), in our video below.

Rino’s Tigers will now have to wait to see who they face in the quarter-finals after Sunday’s final second round tie, the all Division 1 clash between Rino’s Fury and GN North Delta, was postponed due to snow. That match is now rescheduled for Point Grey on Saturday afternoon, but with more snow on the way, it would be a surprise if it went ahead. Will we have the first Rino’s derby of the season on our hands? Last year’s matches in Division 1 were certainly entertaining affairs.

The quarter-finals are set to place next weekend, with the draw throwing up some interesting matches in the last eight.

There might not be much action at all across the VMSL divisions this weekend, as teams were set to get back to league action, due to the weather. You can find all the latest news, fixtures, results, and standings on vmslsoccer.com.