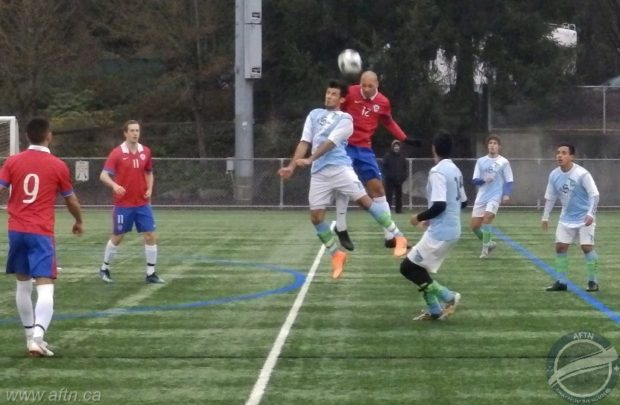 The VMSL Premier Division got it’s third leader in the past four weeks after another fantastic weekend of action that leaves the top seven sides separated by just four points as they head into their final round of matches of 2018.

And it was those new leaders, CCB LFC United, that got week 14’s action underway at Coquitlam Town Centre on Friday evening when they took on Metro Ford Wolves.

Goals from former Whitecaps 2 player Victor Blasco and Nic Morello gave CCB a 2-0 win over their hosts, extending their winning streak to five matches and taking their unbeaten run to seven, as the moved into first place in the standings.

West Van FC had been at the summit for the past two weeks, but their reign as league leaders came to an abrupt end as they went down to a 1-0 defeat to Croatia SC at Burnaby Lake on Friday night, with Shea Wilson getting the only goal of the game.

The loss dropped the Amblesiders down to third in the table, with Croatia moving up to fourth and to within two points of the top.

Defending champs BCT Rovers Tigers United kept the pressure on to retain their crown with a 2-0 win in the Surrey derby over fierce rivals Pegasus SFC at Newton. Pavi Dhillon and Harpreet Khakh got the goals in this one, as Rovers Tigers moved to within four points of first, but with two games in hand.

The last Friday match took place our in Richmond, with the home side finding some form as Hibernian saw off the faltering NVFC Norvan 3-0 thanks to a brace from new leading scorer Logan Hooper and one from Miguel Michelena.

It was a huge win for Richmond who moved level on points with Guildford at the foot of the table, as the two teams battle to avoid the drop.

As for Guildford, they were involved in a ten goal barnstormer out at Newton on Saturday night, but came out of it on the wrong end of a 7-3 scoreline to former table toppers Rino’s Tigers.

An Erik Edwardson hat trick led the way for Rino’s, while Albert Cirac-Perez and Tomi Fagbongbe both got a brace. Dipinder Gill, Indervir Gill, and an own goal saw the home side on the scoresheet.

We headed along to Burnaby Lake on Saturday afternoon to take in the match between the still pointless Campo Atletico and Club Inter EDC Burnaby. 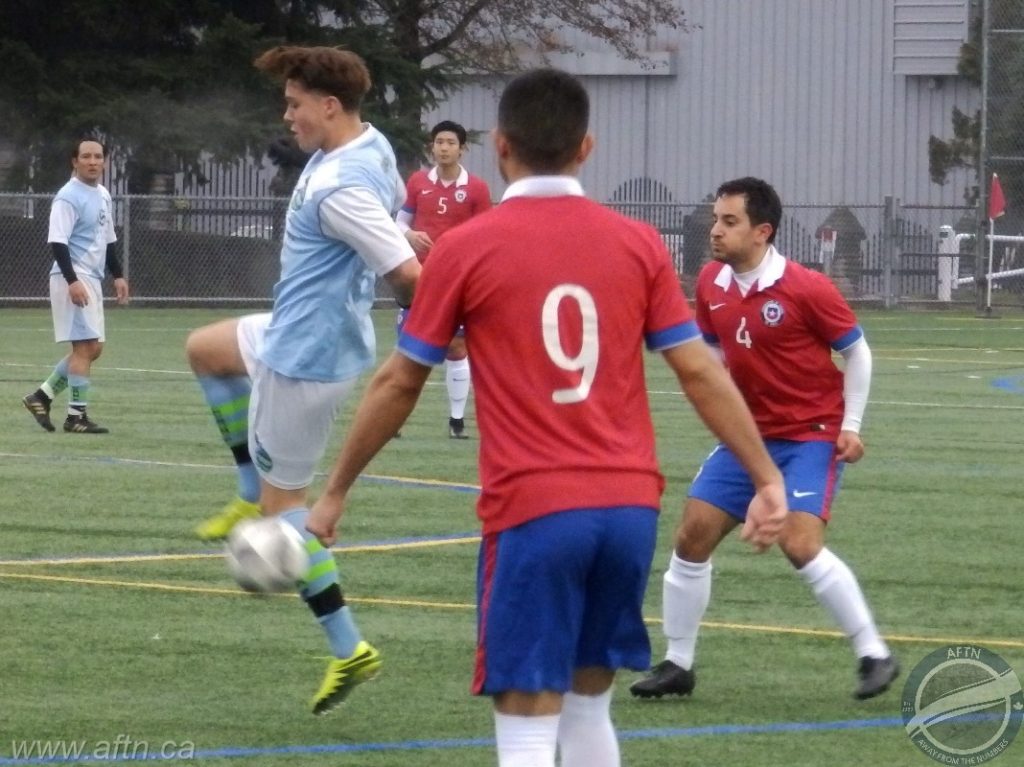 After their horrendous 17-1 loss to Rovers Tigers and forfeiting of their next match, Campo appointed their former manager back at the helm, regrouped, and came away with a very credible 2-0 loss at West Van. Could they keep things going against Inter and maybe even come away with their first point or points of the season?

No, was soon to be the answer, as Inter ran out very comfortable 5-0 winners, and if it wasn’t for some excellent saves from Campo’s keeper and some misses from the Inter attack, the scoreline could easily have been double that.

First half goals from Mohammed Habib in the 16th and 34th minutes had Inter well on their way and heading into half time with a two goal lead. The first was a simple tuck away and the second a looping header.

Chris Kyd grabbed Inter’s third in the 54th minute, easily heading home a loose ball from close range, before Ben Fisk’s brother Merlin got his first of the season three minutes past the hour mark, first timing a low volley into the bottom corner from the edge of the box.

Habib completed his hat trick in the 76th minute, with a deflected effort that nestled in the bottom left corner, to see Inter go nap and move to within four points of the summit.

You can see all the goals and some other highlights from Inter’s win in our video highlights below:

And all those results leave the VMSL Premier standings as follows after Week 14’s action: 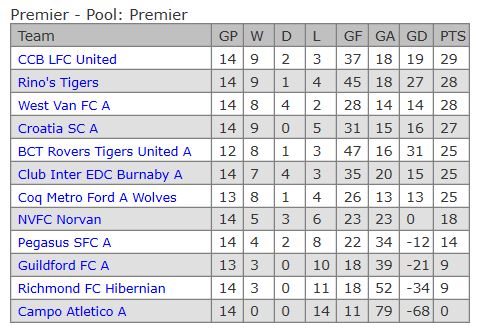 You can find all the VMSL fixtures, results, and standings across all seven divisions at VMSLsoccer.com and for all your local football banter, check out the forums at TakeThePiss.com.
,br>