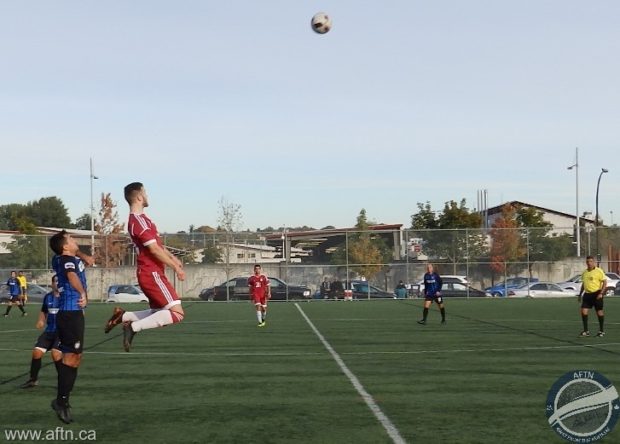 It’s been quite the week for VMSL teams, both in league action and at the nationals.

With BCT Rovers Tigers United doing BC proud out in Saskatoon in the Challenge Trophy, 10 of their league counterparts played out an interesting set of weekend results in the VMSL Premier Division.

By the end of it all, there were two new names at the top of the standings, while the only unbeaten record remaining in the division was soundly put to the sword.

The week’s action got underway in North Vancouver on Thursday night, with NVFC Norvan continuing their strong start to the season in a fairly uneventful 0-0 draw with Coquitlam Metro-Ford Wolves at Windsor Secondary School.

The following night saw Croatia SC take over the top spot on their own in a far more eventful encounter at Burnaby Lake.

A goal apiece from the Malamura brothers, Mark and David, and a first of the season for Matteo Serka led the Croatians to a 3-1 victory, with former WFC2 man Sahil Sandhu getting his fourth of the season, and Pegasus’ sole counter, in the loss. But that wasn’t the end of the action with Croatia’s David Malamura and Pegasus’ Dilpreet Samra both seeing red cards before the night was out.

That win took Croatia onto 12 points from their five matches so far, and they were joined at the summit the following day by Rino’s Tigers, who put an end to Club Inter EDC Burnaby’s unbeaten start to the season with a comprehensive 5-1 win at Trillium on Saturday afternoon. 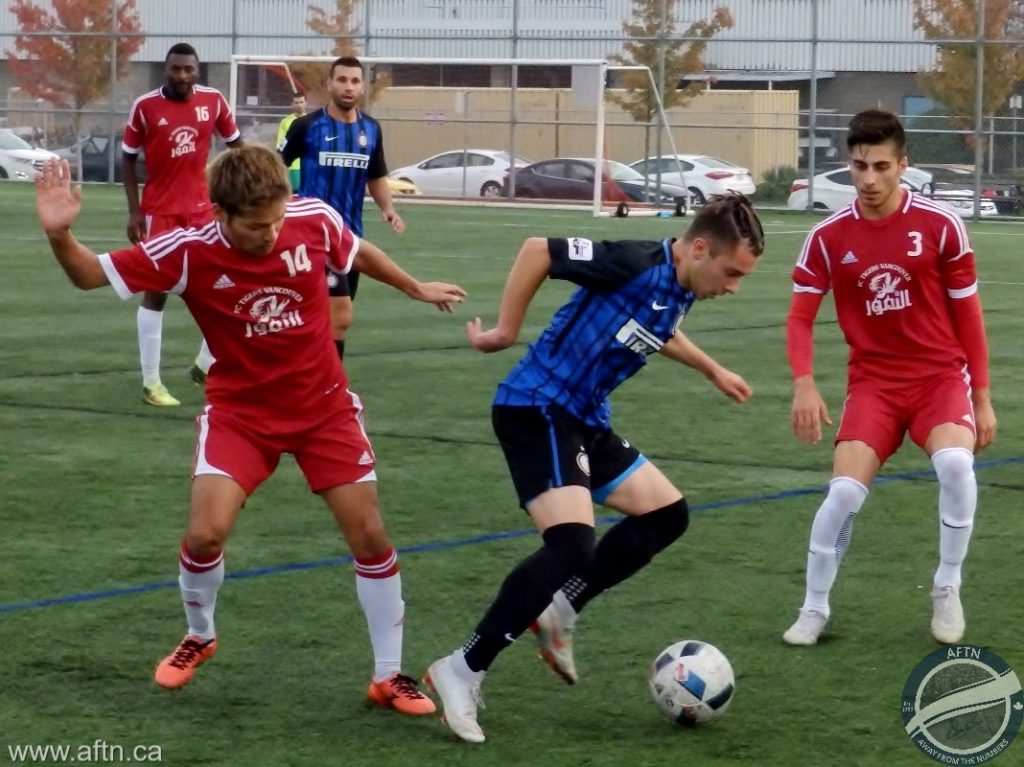 Erik Edwardson got Rino’s off the mark with a fantastic diving header off an Alberto Cirac-Perez corner. Declan Rodriguez made it two soon after, getting the ball in the box and turning to fire home a cracker into the postage stamp corner. Circa-Perez then made it three for Rino’s when he fired home from just inside the Inter box, as Rino’s ran rampant over a stunned visiting defence to go in at the break with a commanding three goal lead.

Elyad Shojaei added to Rino’s lead in the second half, shrugging off a couple of Inter defender’s to make room for himself to fire home the fourth from the edge of the box, before Abdulmalik Ali got one back for Inter with a nice individual effort and finishing into the bottom corner, although the Tigers keeper should have probably done better.

And there was still time for Edwardson to grab his second of the game, running onto a perfect ball through from Ahmed Alghamdi to easily fire home number five for a final 5-1 scoreline and a huge win for Rino’s this early in the season.

You can see all of the goals, and some other pieces of action from the match, in our video below:

The loss drops the previous league leaders down to joint third, where four teams are now sitting on 10 points, including the aforementioned NVFC Norvan.

CCB LFC United are another of that quartet, and they served up the biggest win of the weekend with an 8-2 dismantling of bottom side, Campo Atletico at Newton on Friday night.

Goals from Campo’s Andres Rodriguez and Denis Ananga stunned the home side, putting the still pointless side two goals up in the first 15 minutes before CCB roared back to win in some style by the end thanks to five goals from Milad Mehrabi, who now leads the Golden Boot race on nine, two from Whitecaps Residency alumni Yassin Essa, and a first of the season for former WFC2 player Victor Blasco.

That now sets up a very tasty match up at Newton on Sunday’s between CCB and Rino’s. Kick off is 6pm and we really recommend you don’t miss this one between a pair of sides that have 39 goals between them so far this season (so that’s guaranteed to be 0-0!!).

With Guildford having a bye week because of Rovers Tigers being away at the nationals, the last match of the weekend took place at Ambleside on Saturday afternoon where goals from Fergus McDonald, Mason James, Paul Kelly, and Shane Howard gave West Van a 4-0 win over Richmond FC Hibernian to move them onto the ten point mark with the three others.

All those results leave the VMSL Premier standings as follows after Week 5: 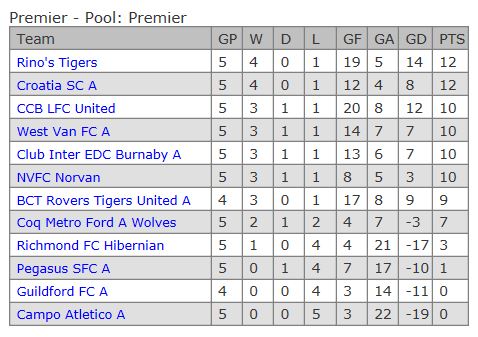 You can find all the league’s fixtures, results, and standings on VMSLsoccer.com.