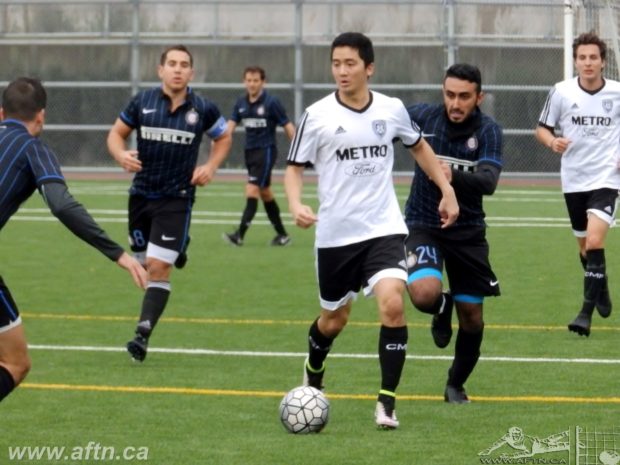 We never got a chance to get out to any of the Week 5 VMSL matches this past Thanksgiving long weekend. Surprisingly that wasn’t due to a turkey coma, but nonetheless, that’s why there was no round-up last week.

In the two weeks that have passed since our last piece, not too much has changed in the Premier Division, although the logjam behind the top few clubs is now showing parity that MLS must be salivating at.

Coquitlam Metro Ford Wolves lost their place at the top of the table temporarily this past weekend, but it was only to last for around 18 hours before normality was restored!

Coming off a bye week due to Pegasus’ involvement at the nationals, goals from Carlo Basso and Sang Hwang gave Coquitlam a fairly comfortable 2-0 win over Club Inter at a soggy Empire Turf on Saturday afternoon. We think so anyway – the scoring page on the VMSL website is all messed up with some teams having more goalscorers than actual goals scored. The Whitecaps should try that.

We took most of the second half (since the rain had gone off for a spell!). It was already 2-0 and although Inter pressed to get back in it, Metro Ford looked to be strolling to another three points, making it five wins out of five in the defence of their Premier crown.

That saw Coquitlam jump back to the top of the table by a point, with a game in hand, after West Van were keeping their seat warm.

After dropping points in a 0-0 draw at Club Inter the weekend before, West Van got back on track with a 5-0 hammering of ICSF Columbus on Friday night at Ambleside.

The top two teams now clash in what should be a tasty match at Charles Best Secondary in Coquitlam on Friday night. Kick off is 8.30pm. Get along if you can. And if you fancy sending in a report and/or photos or video from the match then get in touch as we can’t make it!

Another former Whitecap doing the business in VMSL this season is Declan Rodriguez, and his Richmond Hibernian side sit fourth after seeing off North Delta SC 3-1 at Minoru on Friday. Rodriguez grabbed a brace in the win, taking his tally for the season to five.

In the other Premier game played last weekend EDC Burnaby got their second win of the season, beating a ten-man Westside 2-1 on Friday night at Burnaby Lake. The Chileans got the winner late on after Westside held on for 45 minutes or so a man down, following a dismissal for two yellow cards for dissent in the space of about ten seconds. Josh Hardy and Stedman Espinoza got the goals for the Burnaby side, with Han Sol Kim scoring for the Westies.

Those results leave the VMSL Premier table looking as follows: 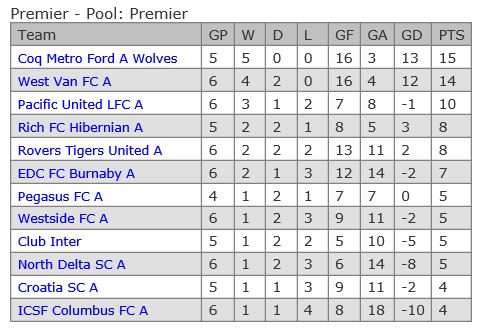 While the Premier continues to be a two horse race, Division 1 went crazy in the two weeks since our last round-up.

Last time Rino’s Tigers had just taken the top spot from Binger’s Army, but the Tigers have now dropped to fifth place following back to back losses, a 4-1 defeat at CCB Guildford then a 2-0 to new leaders NVFC Norvan Lions this past Sunday.

The Lions lead the standings by one point now but they’re being pushed hard, with just two points separating the top five clubs.

Newly-promoted Campo Atletico now sit a point behind in second place, having had the chance to take top spot before being held to surprise 2-2 draw by the previously pointless Metropolitan on Sunday night.

Campo have a game in hand, as do Guildford, who had a bye week this past round of matches and sit in third place a point off the top.

Previous leaders Binger’s Army have been on the wrong end of back to back 3-2 defeats, dropping to sixth place in the standings, four points behind Norvan.

The second of those losses came against GN Sporting Club on Friday and the Surrey side will have a chance to go top this Friday if they can see of leader Norvan at Newton.

Sea to Sky FC are the only unbeaten side remaining in Division 2, even though they’re currently sitting in fifth spot in Pool A after their game was postponed this past weekend. 13th Legion FC lead the way in that pool on 13 points, after a narrow 2-1 win at Astro FC on Saturday, one point ahead of Sarajevo FC. 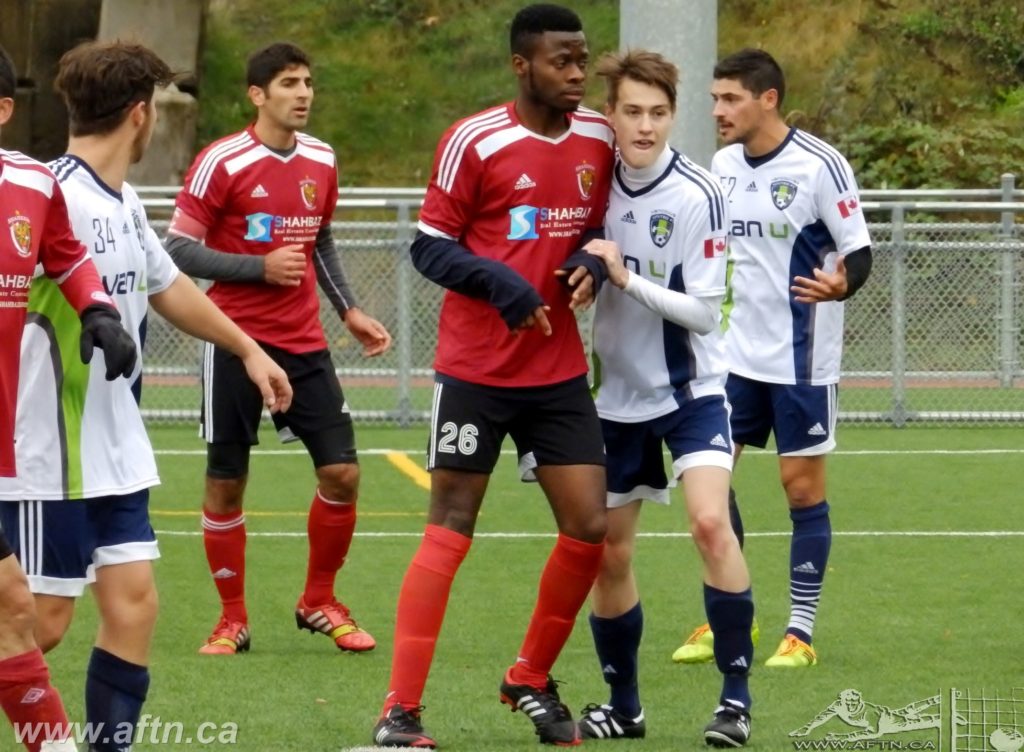 It’s a three way tie at the top of Pool B with Harps FC, Shaheen FC, and Gastown FC all sitting on 13 points after six matches. The Irish lads have the edge by one goal, after a 2-0 win over Tanoa Lobbans on Saturday.

We caught the end of the 0-0 draw between Shaheen and Vancouver United up at Empire. Both teams pushed forward in the tricky conditions but Shaheen will feel hard done by that they didn’t come away with all three points after the better chances, but the United keeper was in good from.

In Division 3, America FC in Pool A and Coquitlam Metro Ford Lupi in Pool C lead the way with 100% records after five games. Lupi have scored 37 goals in their five matches so far, and sit with an incredible +35 goal difference after letting in just two goals all season.

There’s some good games on in all division this weekend if you fancy a live football fix. Check out the full weekly schedule HERE.