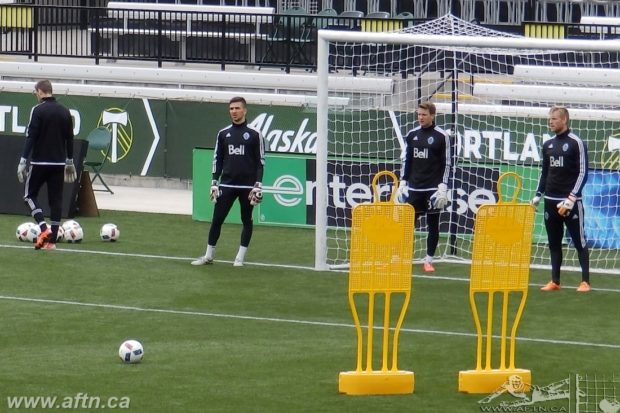 It’s that time of year again. Sooner than we’d hoped to be doing it, but with no playoffs this year for Vancouver Whitecaps, the season officially has a fork in it after Sunday, albeit it’s had several stuck in it for weeks now.

That can only mean one thing, it’s AFTN’s annual KILL, MARRY, um,
KEEP, TRADE, RELEASE (2016 edition). We may as well just kick things off now before the players have their exit interviews next week.

It all gets a bit complicated this season with the MLS expansion draft on December 13th. Who Carl Robinson wants to keep around, and who we think he should, may be slightly affected by one of his players being selected by either Atlanta or Minnesota, or having to protect players he’s looking to sell or trade.

All eyes are already on next season in Vancouver, or rather, the building work that’s going to go into (hopefully) making the Whitecaps playoff contenders once again in 2017.

The ‘Caps retained their solid core for this season, giving a number of them multi-year contracts and guaranteed deals. It delighted us at the time, but many of them had poor years and it cost the ‘Caps badly. Isn’t hindsight wonderful?

The result is a number of changes will be coming this offseason and that will likely mean that some of that previous core will move on, with hopefully better players coming in in their place.

But after a pretty poor year all round, just who would you keep around for next season? Who would you trade or sell for more valuable assets or to fill positions of need? And who would you just release into the wild altogether?

In part one, a look at the Whitecaps goalkeepers.

We’ve done it a bit differently this year since we have an increased writing team. Basically I’m doing this one myself, with the help of some social media opinions we canvassed, but our other writers will chip in their own thoughts in the comments or in their own pieces next week. And don’t forget to leave your own thoughts below as well.

Marco Carducci (KEEP – LOAN OUT) – Definitely keep Marco around, but he needs to be playing and he needs to be playing regularly, not every second or third game with WFC2 or sitting on the bench as a backup every match. I’d loan him out for the 2017 season somewhere, so he can get regular minutes at a good level and continue his development. He’s at the stage of his career where if he isn’t seeing regular time on the pitch, he’s going to start to regress, and he’s too talented a keeper to allow that happen.

David Ousted (KEEP) – He’s not had the best of years after signing his new contract, but it’s a no-brainer that the Dane will still be around. Can still earn Vancouver way more points than he’s going to cost them over any year. Still the first name down on the teamsheet every week, and one of the few players to be refreshingly, and sometimes brutally, honest after matches. He’s also not afraid to stand up and be counted and call out the dead weight, as Wednesday’s training spat with Pedro Morales demonstrated. Now that his ironman streak of MLS starts has been broken at 117 matches, we may see times when if he’s not playing well the back-up will now get the chance to show what he can do. That’s how it should be and no player should seem to be untouchable. 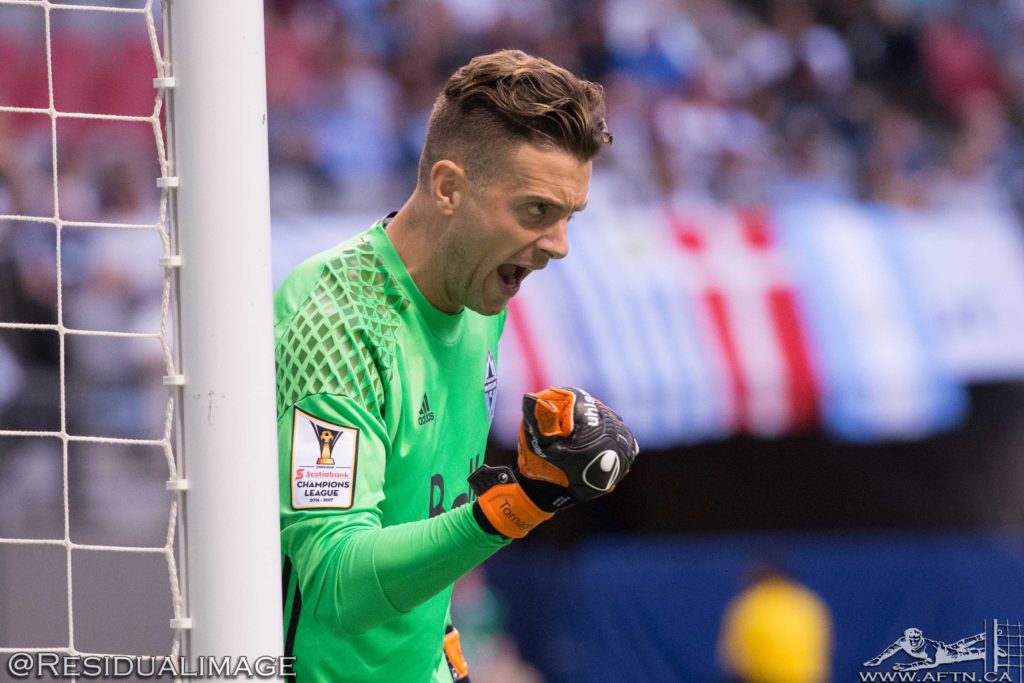 Paolo Tornaghi (RELEASE) – You know what you get with Paolo, and not every back-up is going to be happy sitting on the bench every single week behind a keeper that’s not really going to lose his spot. But even if he is happy with his role, he shouldn’t be. That said, Tornaghi is a cheap option at $62,500 and as he demonstrated in his clean sheet in San Jose last Sunday, he’s also a very capable keeper. That performance also demonstrated that he deserves the chance to be a starter somewhere, or at least challenging for it. He’s not realistically going to get that in Vancouver.

When you look at Tornaghi, however, another aspect comes into play and that is that Spencer Richey deserves a MLS contract for his play these past two seasons, and it will be very surprising if he doesn’t get one. He’s played well in the Champions League and is a good back-up option for Ousted, likely meaning bye bye Paolo.

Of course if you do loan out Carducci, that would open the door for Richey to get a contract and keep Tornaghi around. In many ways this is the ideal scenario. Richey deserves that MLS deal, but how much of a benefit travelling around the States and riding the pine all season would be for his development is very much up for debate.

At best, Richey is back-up and plays all the home USL matches, with Carducci and/or Sean Melvin playing the others. Or Richey and Carducci alternate being on the bench for MLS matches. It just all starts to get a bit confusing from that point and coming in and out of the USL helps neither the player or WFC2 find some consistency and flow.

So some big decisions lie ahead around Tornaghi. We threw out a poll on Twitter to find out what the feelings of the fans were and the results made for some interesting reading.

Our annual "Keep, Trade, Release" feature runs over next few days. We want to elicit your thoughts on some players. Next up PAOLO TORNAGHI

And here’s some of the comments the poll elicited.

@aftncanada Tornaghi knows his role, but I feel bad for any keeper who's behind Ousted. Keep so Richey gets more time in USL.

@aftncanada Tornaghi is our new Knighton and like Knighton we have to let him go because we love him. Sign Richey/Carducci to backup Ousted.

@aftncanada use him as expansion draft bait. He can be useful to one of the Uniteds.

@aftncanada let Paulo fly! I'd keep him but our GK pipeline is full. He needs starts somewhere. Spencer can be the BU until Marco grows more

@GlassCityFC @aftncanada Why? So he can sit on a bench watching Ousted play? #VWFC

Very much a mixed set of opinions. What say you? Let us know!

If you want to catch up on our previous “Keep, Trade or Release” picks, here are the links –

2015 – GOALKEEPERS AND DEFENDERS / MIDFIELDERS AND FORWARDS

2014 – GOALKEEPERS AND DEFENDERS / MIDFIELDERS AND FORWARDS