One thing which we at AFTN want to see more than anything this season is for Wes Knight to get his first professional goal.

We’re not alone. Our fellow Southsiders would also like to see nothing better.

He’s not going to come much closer than today! 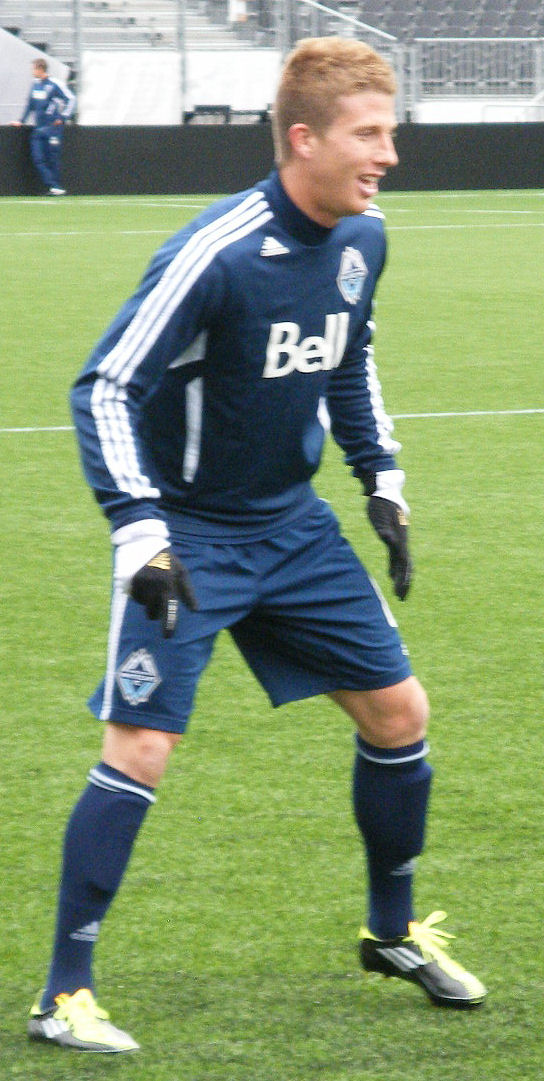 Wes turned in a stellar, stand out performance this afternoon in the Caps goal-less draw against Chivas USA, hitting the post, having a shot cleared off the line and a few other chances to break his duck.

The South Carolina native is in his third season with the Whitecaps, having joined the team in 2009 having previously played for the College of Charleston Cougars and turning out for a handful of appearances with PDL side Bradenton Academics.

If a player could have the fans suck the ball into the net for him, it would be Wes Knight. We know how much it means to him and how much it bothers him that he hasn’t found the net for the Caps yet, so we caught up with him post game to see what he made of how close he came today.

Did he think this was the day he was going to get that elusive first goal?

(laughs) “Yeah. I think on the one that was cleared off the line, I was already celebrating!

It’s unfortunate, but it’s good to know I’m getting in the right areas and getting chances”

Teitur gave him the most individual gametime so far this season, substituting him for Omar Salgado in the 83rd minute, and after the match praised his work ethic at the post match press conference:

“He is a very hard working guy. He is very conscious of his role in the team and he does that very well and that helps us a lot”.

Obviously, such belief from the gaffer is pleasing to Wes:

“The coach’s confidence is becoming more and more, and higher with me, which is good. He knows what I’m capable of doing but he makes sure that I’m ready to put in a good workload.

And he certainly was getting into those goalscoring positions today. Eric Hassli seemed to be playing a little bit deeper at times, allowing him to run at the Chivas defence, hit the byeline and send over the dangerous crosses, many of which found Wes in the middle.

Was this a deliberate tactic or was this just how the game played out?

“It’s very important that you crash the box when guys are getting opportunities like that and Eric’s able to beat players time and time again. The only thing you have to do is to get in front of the net and that was very important to me today, so I used as much energy as I could to get in there during the attacking and try and score a goal today”

Whenever the duck is finally broken, we’re pretty sure that once that weight is lifted off his shoulders, we’re going to see a lot more follow. And whenever it does happen, we’ll be there to get his thoughts on that too.