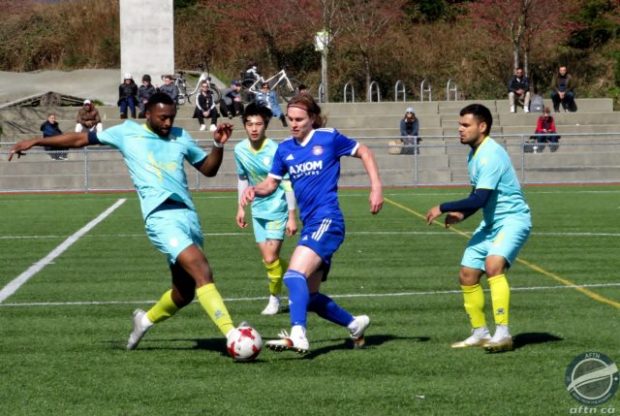 Vancouver Metro Soccer League’s (VMSL) Finals Day is all set after an exciting weekend of semi-final action that saw a number of close games, penalty shootouts, and red cards.

West Van FC will meet VUFC Hibernian in next Saturday’s Imperial Cup final, after both teams came through two tough semis that produced a lot of drama up at Empire Field in Vancouver on Saturday afternoon.

On the 11th anniversary of the Whitecaps’ first MLS match at Empire Stadium in 2011, VMSL Premier Division champs BB5 United CCB battled it out with West Van FC in the first semi-final, and some battle it was, with penalties being needed to secure the Amblesiders place in this year’s.

BB5 will wonder how they let this one get away from them after Eric de Graaf’s 37th minute header had them one step closer to a league and cup double.

The Surrey side were by far the more dangerous team and pushed hard to put the game to bed, their best chance coming when the West Van keeper saved a Rylan Sangha effort before a goalline clearance off the rebound saw Sangha denied for a second time.

It looked like their one goal would prove to be enough but Konstantin Vasic headed home an unlikely 90th minute equaliser to send the game into extra time.

You still fancied BB5 to go on and get the job done, but the momentum swung two minutes into the extra period when BB5’s Mark Talisuna was sent off for a second yellow card.

There weren’t many chances in the extra 30 minutes. West Van came closest with a late effort that crashed off the bar, but the deadlock couldn’t be broken and it was to be decided by penalties.

West Van put away their first, with Caleb Clarke missing for BB5. Both teams scored their next, but with West Van then missing and BB5 scoring theirs, we were all tied up again and it soon sat at 3-3 with just the final shooter of each team’s first five left to go.

West Van went ahead again and then it was up to BB5’s co-leading scorer Nic Morello to force the teams to sudden death. But Morello went for the panenka and his weak effort was saved, sparking joy for the Amblesiders.

But the drama wasn’t over. The officials deemed the West Van keeper to have come off his line and a retake was ordered. Morello stepped up again, but this time he blasted high and over and West Van could celebrate once again.

You can see our semi-final highlights on our YouTube channel HERE and on the video below:

The second Imperial Cup semi-final on Saturday after was another close affair, with VUFC Hibernian edging out Rino’s VSC Coastal 2-1 to both their berth in the final.

All the action came in the second half of this one, with Connor Mrazek firing VUFC into the lead. Logan Chung added a second with a nice finish on a quick counter, before Sean Kamensek pulled one back for Coastal in stoppage time.

There’s wasn’t enough time left to find the equaliser and the Hibs lads held on to face West Van in next Saturday’s Imperial Cup final at Burnaby Lake. 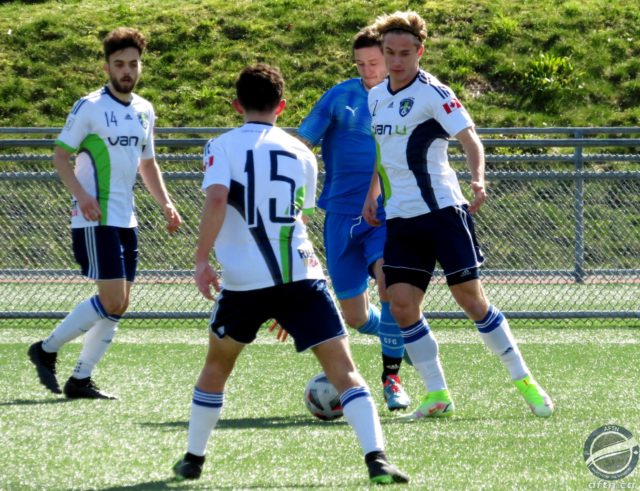 That final will take place at the Burnaby Lake Sports Complex next Saturday, along with six others across the divisions and the relegation/promotion playoff between the Premier and Division 1.

Disappointingly the Imperial Cup final is currently set to the clash with the Whitecaps game at BC Place. Here’s the full line-up for VMSL Finals Day: