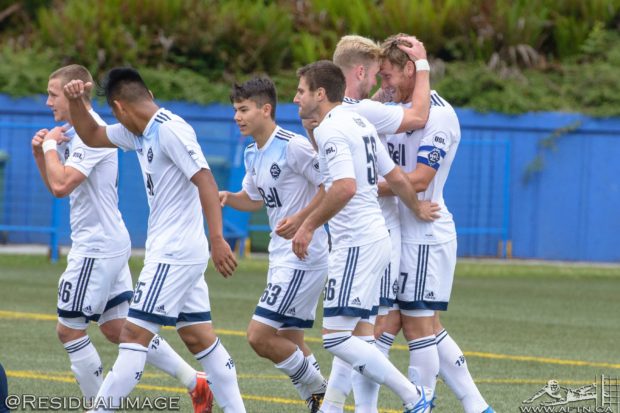 It’s not how you start but how you finish is perhaps the best adage for the playoff based North American soccer scene.

That was Carl Robinson’s aim for the Whitecaps MLS team. Unfortunately for them, they started poor, are finishing poor, and the stuff in-between wasn’t all that great either.

Amidst all the first team woes, we could at least enjoy WFC2’s excellent, and enjoyable, start to the season. The team went ten games unbeaten to start their second campaign in USL.

The six wins and four draws were a great reward for the hard work put in by head coach Alan Koch, his management team, and the whole squad in a busy offseason that saw lessons learned, a couple of training camps, and a lot of rebuilding.

The young ‘Caps led the way in the Western Conference for much of the season, but it’s been a struggle these last few weeks, with the team managing just one win in their last ten matches. Sunday’s 2-0 loss to Portland extended Vancouver’s winless streak to five games. They’ve also been blanked in three of those and after all the good work to start the year off, they’re limping into the playoffs, hitting their worst run of form at the worst possible time of the season.

“You’re 100% correct,” stated Koch. “We are limping at this stage. Changing the line-up every single week, which is part of what we need to do, doesn’t help. And I’m not using that as an excuse by any means. There are no excuses. Those are just reasons and factors as to why things have gone the way that they have in the last few weeks.”

The constant chopping and changing of the line-up certainly doesn’t help, but is of course the nature of a developmental team. Everyone knows it and it’s what people signed up for, but it doesn’t make it any easier to manage when you’re in a competitive league. Then again, overcoming the adversity is all part of the development and learning for this group.

Where it’s all started to go wrong is slightly easier to pinpoint. The goal have dried up somewhat. Leading scorer Kyle Greig has 11 goals on the season, but only one of those have come in his last 14 matches. A lot of that has come down to a lack of creativity from a struggling midfield, but the Whitecaps defence has also been struggling of late, noticeably when Cole Seiler started spending more time with the first team.

The result is the team currently sit with a negative goal difference, the only team in the Western Conference playoff positions to do so. But are there other factors at play? There is no doubting the team hit the new season in top shape fitness wise after all their offseason work. That probably gave them an advantage over a number of teams in the early going. But has fatigue set in for a young group after a long and gruelling season so far?>br>

“I don’t know if it’s fatigue,” Koch told us. “We’ve rotated a lot of players. There’s very few players in our group that have been with us every single game and played 90 minutes in every single game. But this group is quite taxed. We obviously have players that get pulled in to the first team environment, go play in the Champions League games, go travel.

“We have players that don’t and they need to step up and grab their opportunities. So there are some players that probably are fatigued right now, and we have to manage that individually and see where they’re at. Maybe some of them will play on Wednesday, maybe some of them we’ll rest on Wednesday to make sure they’re best prepared for the playoffs.”

WFC2 wrap up their regular season on Wednesday with a rescheduled home match against OKC Energy in Langley. They’ll then have ten days to regroup and recharge their batteries before the playoffs get underway. But will they be able to refind the form and the spark that we saw in the early part of the season when it now comes to crunch time?

“We’re going to have to,” Koch stated. “We don’t have a choice. We’re in. We’ve got one more game to play. We’ll put our best foot forward on Wednesday and get over this and learn from this. There’s no point in going through this exercise if you don’t learn from them.

“Learn from it, and then see if we can be better, then try and get a more positive result on Wednesday, so that we can go into the playoffs with a little bit of confidence.” 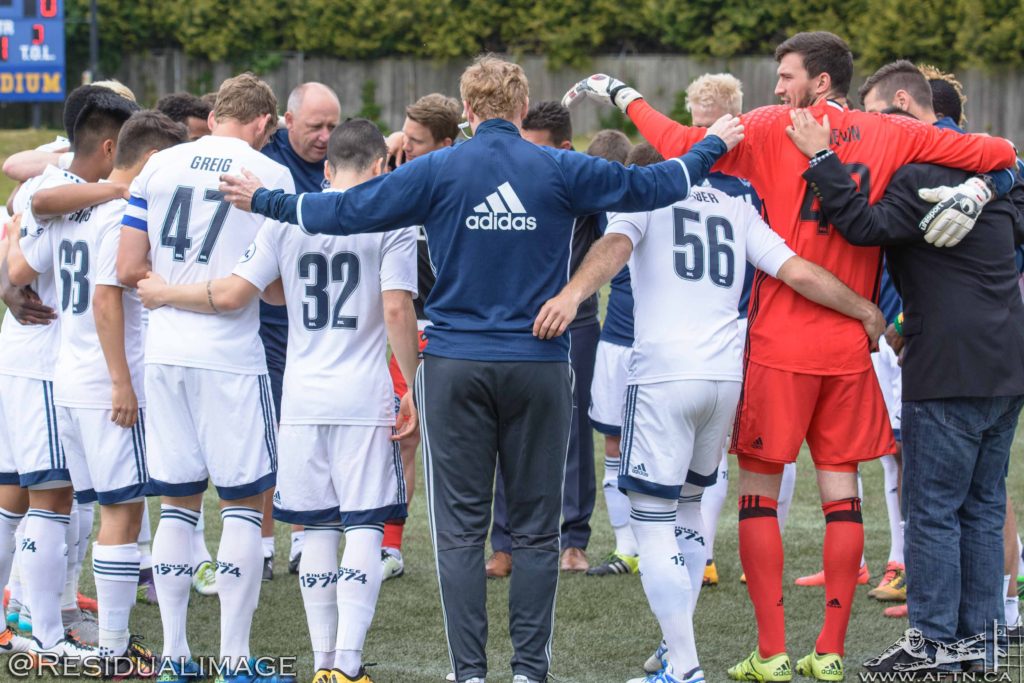 Now obviously we here at AFTN want the team to achieve playoff glory. The players and management do as well. But ultimately it always needs to be considered that WFC2 exists to be a developmental side. To provide competitive minutes for current players and provide opportunities for others to stake a claim to a MLS contract.

Taking a step back from the postseason race, the ‘Caps have come far since last season, where the finished second bottom of the Western Conference and well adrift of the playoff places. This time around, the playoffs were the clear target for the team. One they felt was very achievable, and it has been.

“As a club, our mandate with this group is development,” Koch stated. “Playing young players, which we’ve done. Giving the first team young guys the opportunity to come down. Players who need minutes. And I think we’ve definitely done that.

“We had a meeting at the beginning of the season, with the players and the coaching staff, and internally we all said the playoffs are our goal. We all acknowledged that we thought that that was a realistic goal and I give the players credit, they fought tooth and nail to get there. It hasn’t been easy.

“We’ve been slumping a little bit the last few weeks, but we’re all very, very proud. And full credit to the players. There’s a lot of young guys out there that for them to make the USL postseason is an amazing achievement and it shows far those players have come over the course of the season, but it also shows how far we’ve come as a group.”

That pride doesn’t just come from what’s been achieved in this second season, but in far the core group have come from WFC2’s two seasons in USL so far.

“[I’m] immensely proud,” Koch added. “I’m looking over here and I’m seeing a bunch of teenagers signing autographs. That’s an amazing experience that they’re going through and they’ve learned a lot. I’m sure they would have learned more winning, but now we’ve lost a couple of games, and we are struggling a little bit, they’re learning at this time right now too.

“So immensely proud of the group this year, but also immensely proud of how we’ve done over the last two years. We put the program together at the beginning of last year quite late and had our ups and downs. Quite a few downs in that first year and really regrouped at the end of the season, reflected on it, and we’ve come out with a much better product this year as a team.

The team has also seen a couple of guys move up to the first team with a couple more knocking on the door.

“Some individuals have made significant strides,” Koch said. “Alphonso getting signed to the first team, and Brett [Levis]. There’s a couple of other guys we’re talking about right now who are very, very close to those opportunities.

There are clearly some of the players in the current group that will no longer be at the club next season, and have gone as far as they can with the ‘Caps.

But that’s for another day. Right now, the focus is firmly on the playoffs.

With the MLS side’s playoff hopes all but extinguished, are we likely to see the focus shift to the USL team, putting strongest WFC2 side out there, with many of the MLS players who have been playing over the season, or will it more be a younger team made up with the core USL group?

There’s arguments for both options, and Koch said a decision hasn’t been taken on that yet.

“There’s rules that certain players have to play a certain number of games,” Koch confirmed. “So that obviously shrinks the player pool that you have. When we get to that stage and see where we’re playing and what else is going on with the club, we’ll make that decision at that time.

“But it would also be good for our young group to go and play in the playoffs. If you can have success in that, if you win the first one it gives you the chance to play in another big game, and the more big games you play in as young players you can develop and we can accelerate their progression in the system.”

Whoever does line-up for the ‘Caps in the postseason, Koch is very aware of the challenge ahead.

“It’s huge,” Koch admitted. “A USL game is a good yardstick for us to go and measure players, but now going and playing in a USL playoff game, it closer to a MLS game, and the more games that we play that are close to MLS level, or at the MLS level, the easier it is for us to make an accurate assessment of players who deserve to be kept around next year, and the players that should be in consideration for MLS options.”