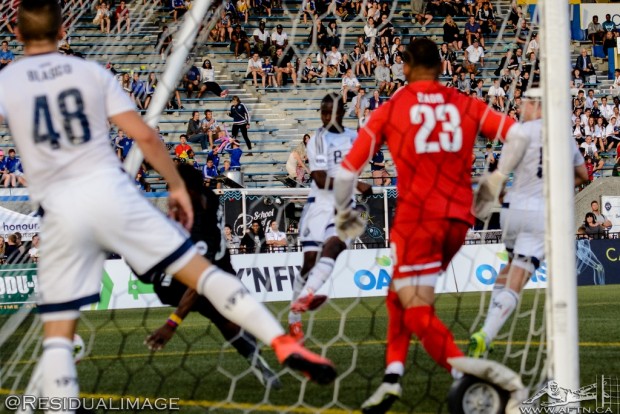 WFC2’s strong home form continued at Thunderbird Stadium on Wednesday evening as the ‘Caps fought back from going behind twice to come away with a point and a 2-2 draw against a tough Colorado Springs Switchbacks side that had been leading the Western Conference standings heading in to last weekend’s matches.

A good result, in front of a fantastic crowd of 2,513 fans, but it should have been even better, with the Whitecaps creating so many first half chances that they should have been out of sight at half time but instead went in trailing.

The ‘Caps came out strong, with Marco Bustos and Victor Blasco linking up superbly to terrorise the Switchbacks defence. The pair had chances to give the ‘Caps the lead, as did Billy Schuler and Andre Lewis, but they were made to rue those early missed opportunities when Josh Phillips hit home a Shintaro Harada corner in the 10th minute.

WFC2 continued to press and finally got their reward in the 18th minute when Colorado keeper Samir Badr was forced to rush out to try and prevent a back pass from going out for a corner but miss-hit his attempted clearance under pressure from Blasco.

The ball came to Bustos who showed fantastic composure to knock it up and lob the ball into an empty net from 20 yards out for a goal which ‘Caps head coach Alan Koch described as showing his “high football IQ”.

The ‘Caps then had a multitude of chances with Bustos going close, Blasco hitting the outside of the post and Schuler having an effort cleared off the line.

But they were made to pay again for not taking their chances on the stroke of half time. Craig Nitti slipped, allowing Saeed Robinson to run in to the box where he was brought down by Diego Rodriguez for a penalty which Aaron King easily converted.

Rodriguez nearly made amends with the last kick off the half when the ball came to him from a corner and his fierce volley was tipped over by Badr.

WFC2 tied things up five minutes into the second half when Blasco hit the byeline and his cutback was tipped into the path of Lewis who slotted home the equaliser. No back flip though, guessing because he was taken out in the process!

The game surprisingly fell into a lull after all that action, as both sides became more cagey. Nitti had a late free kick come close, but that was about all she wrote.

So although great fighting spirit shown by the ‘Caps to come back twice after falling behind, with the amount of chances created, it must have felt tough just taking a single point from the match.

“Yeah, we’re pretty frustrated,” Koch told us after the game. “You could see the players body language at the end of the match. We obviously created enough opportunities to win it. We gave them two goals. A penalty kick for them, but I thought we could have a couple too in the match tonight.

“We’re frustrated. We’re at the place now where we go into every game expecting three points. We’ve done a good job of getting the three points in the last few games and didn’t do the job tonight.”

Frustrations aside, one of the pleasing aspects to take from the game was that the ‘Caps once again showed that the squad have grown as the season has gone on and can compete with the best teams in USL and at the top of the standings.

“They’re near the top and they’re an older, experienced team too,” Koch added. “I think we’ve shown the last few weeks that we can compete with the MLS teams [in the league]. It was good for us tonight to go to battle with men. They’re 28, 29, 30-year-old pros. You can see some of them have played in this league for a long, long time.

“Give them credit. They came in and they did what they had to do to get a point on the road.”

AFTN photographer Tom Ewasiuk was at WFC2’s draw with Colorado Springs to capture all the action from before, during and after the game. Here’s our “Story In Pictures”, with a full Flickr slideshow at the end. 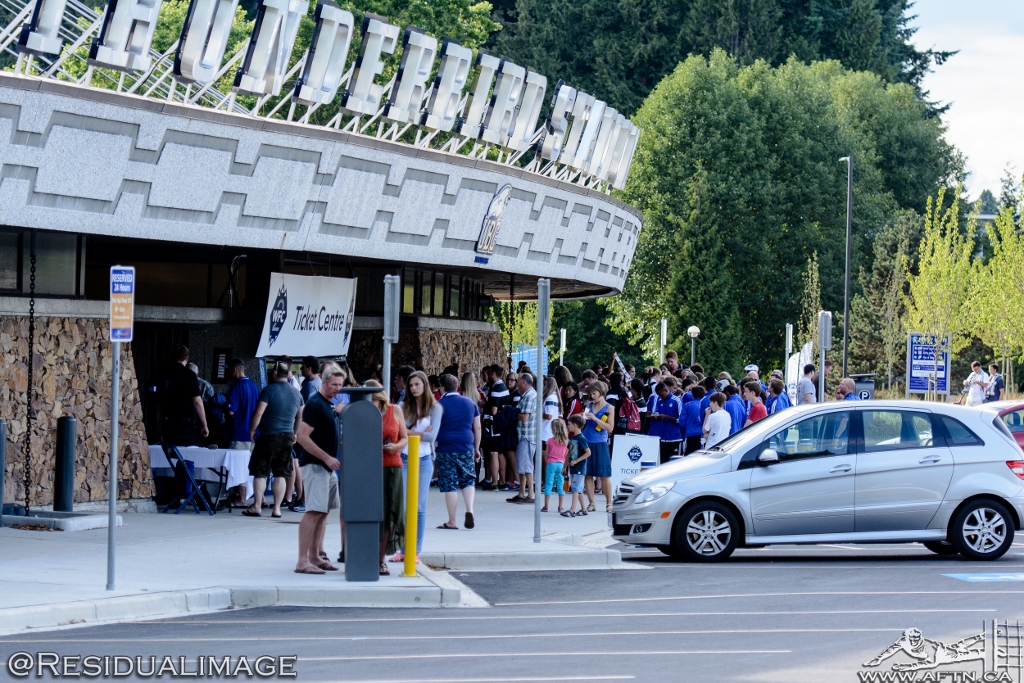 The Thunderbird Theatre of Dreams 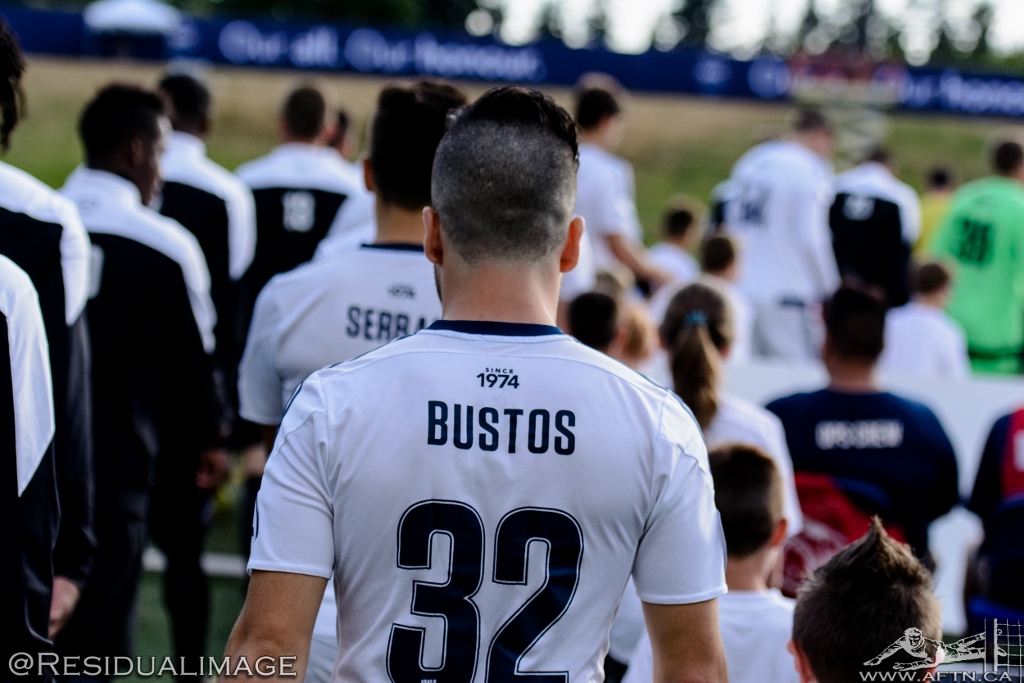 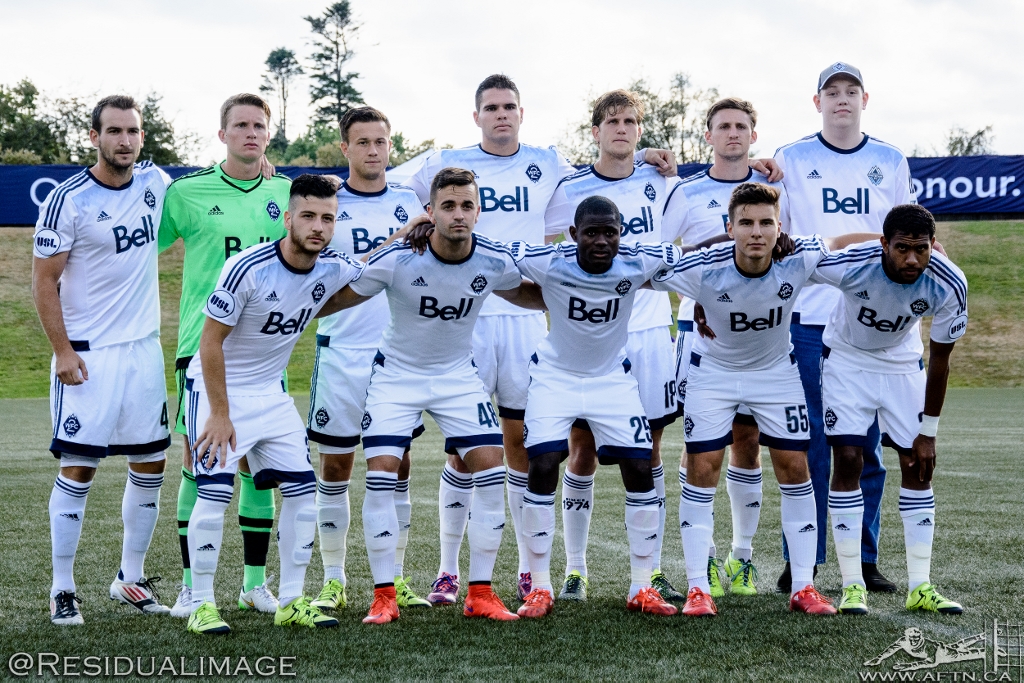 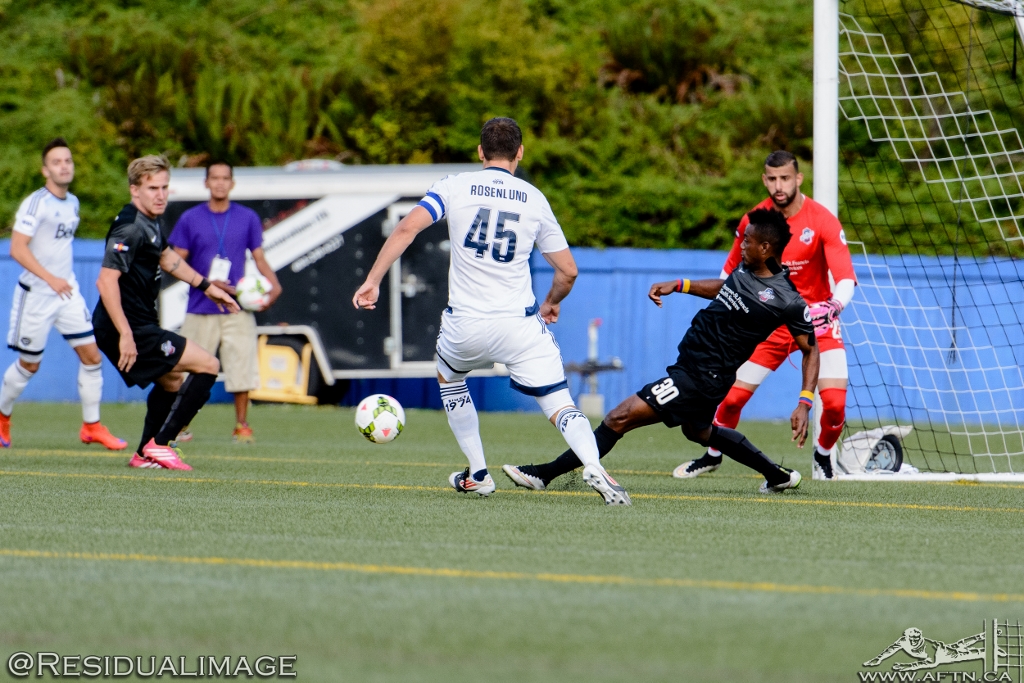 The ‘Caps open the game with a slew of chances 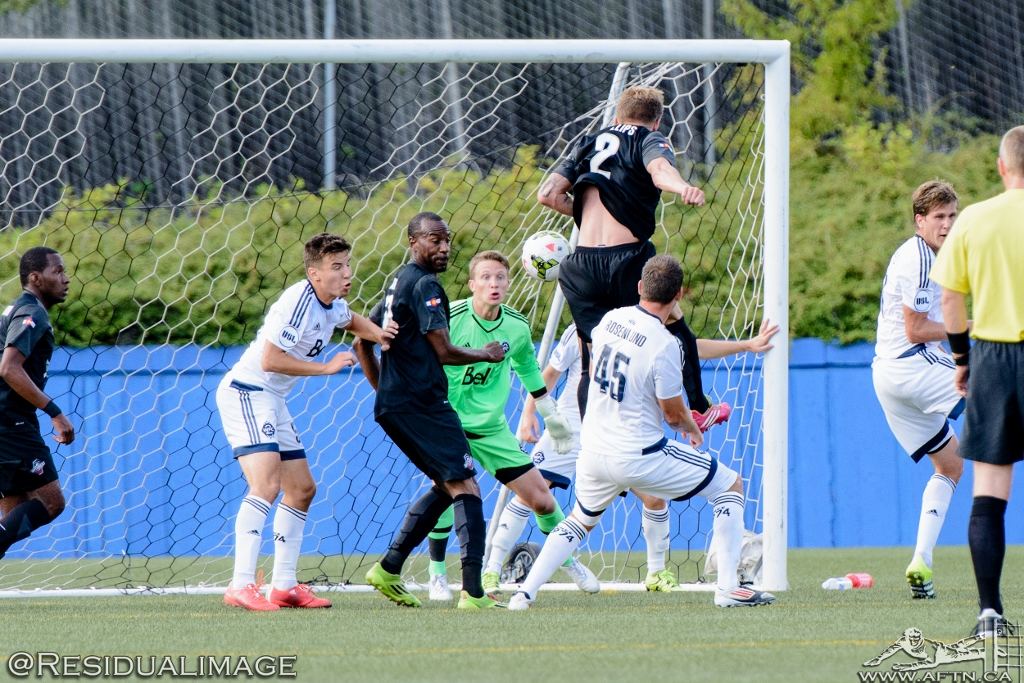 But just like the MLS team, if you don’t take your chances you get punished 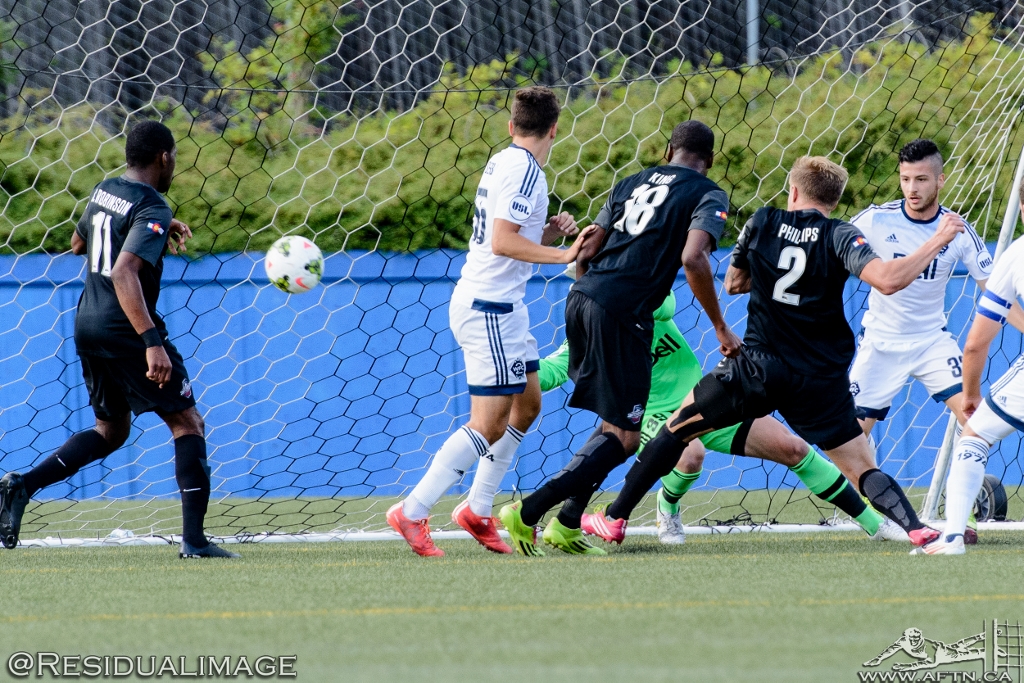 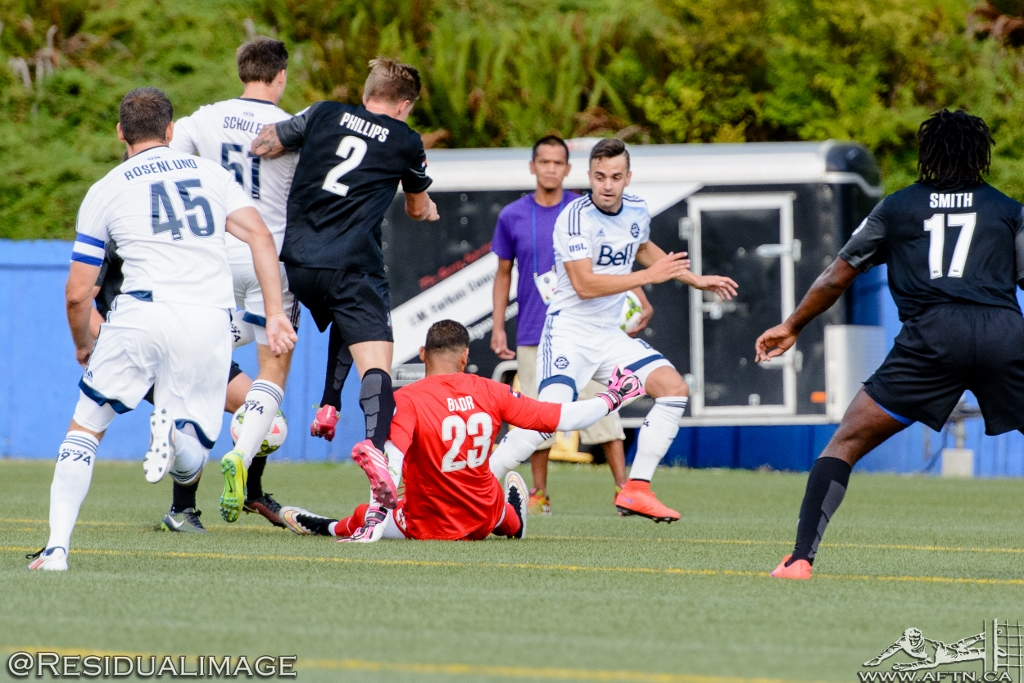 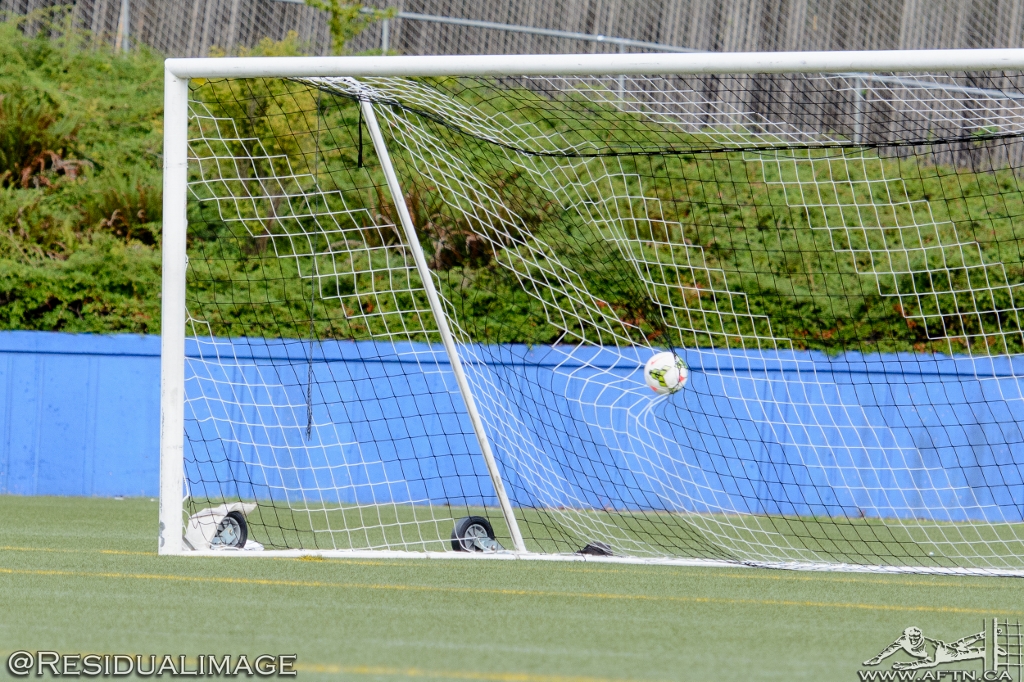 But Bustos ties thing up, lobbing into an empty net in the 18th minute 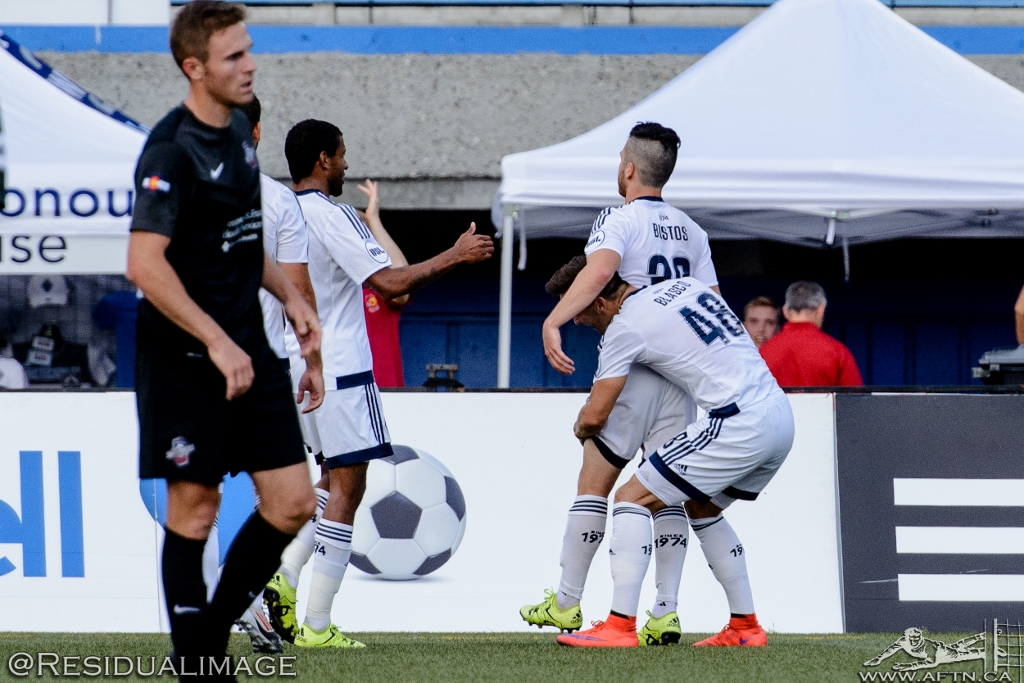 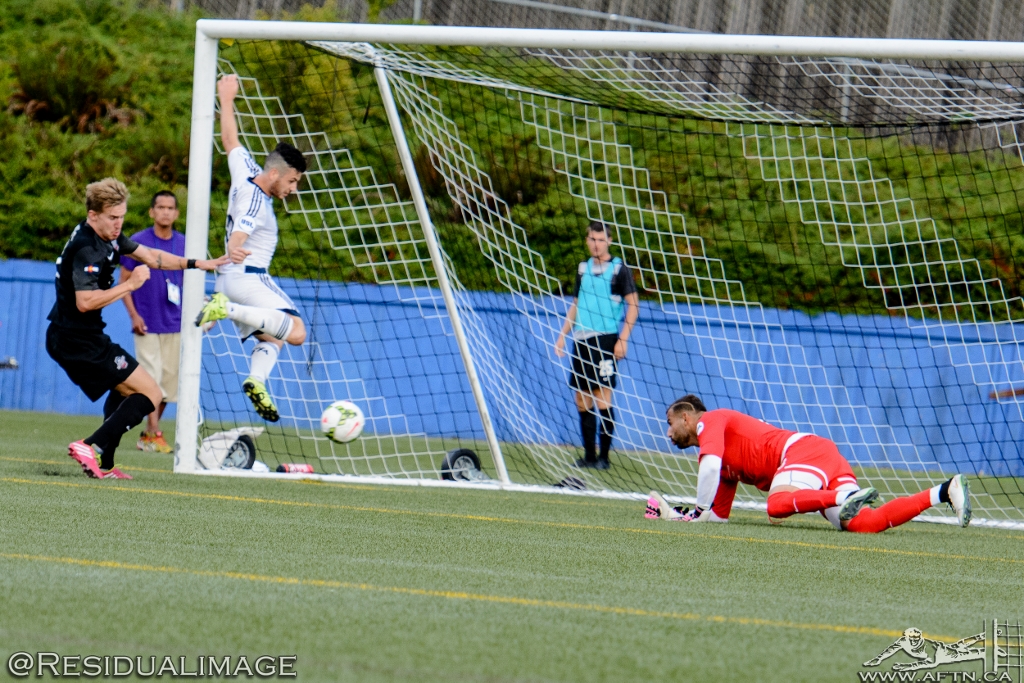 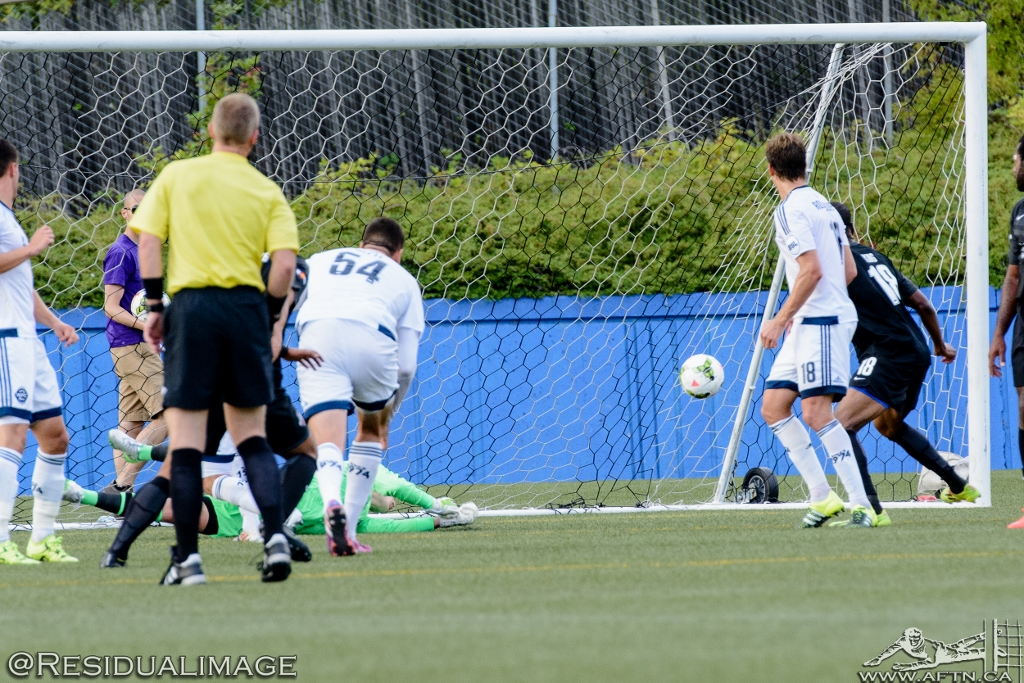 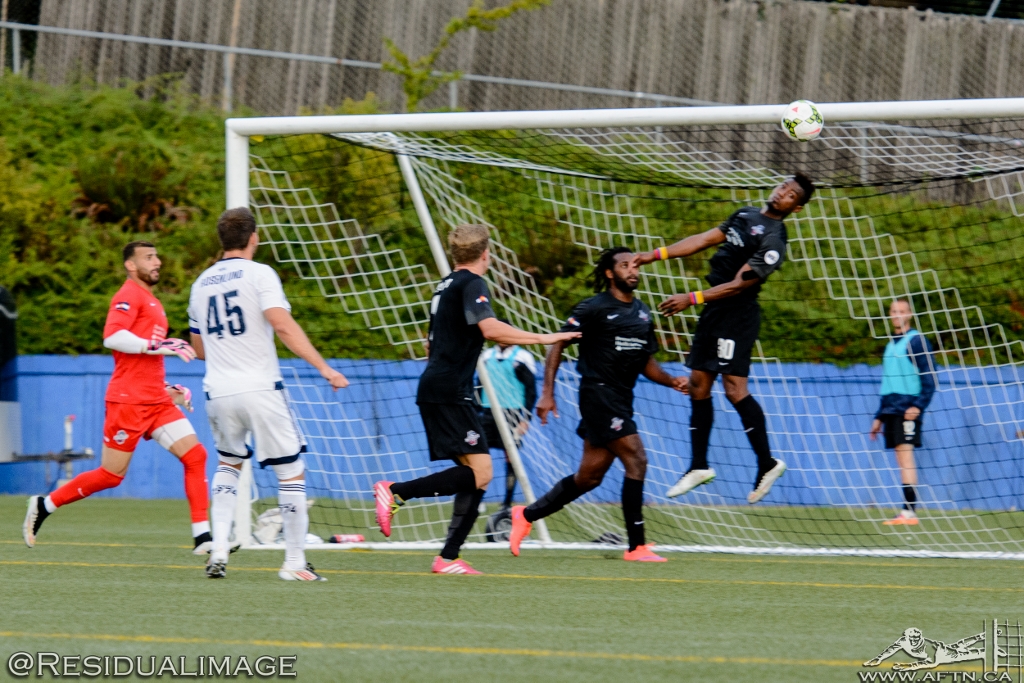 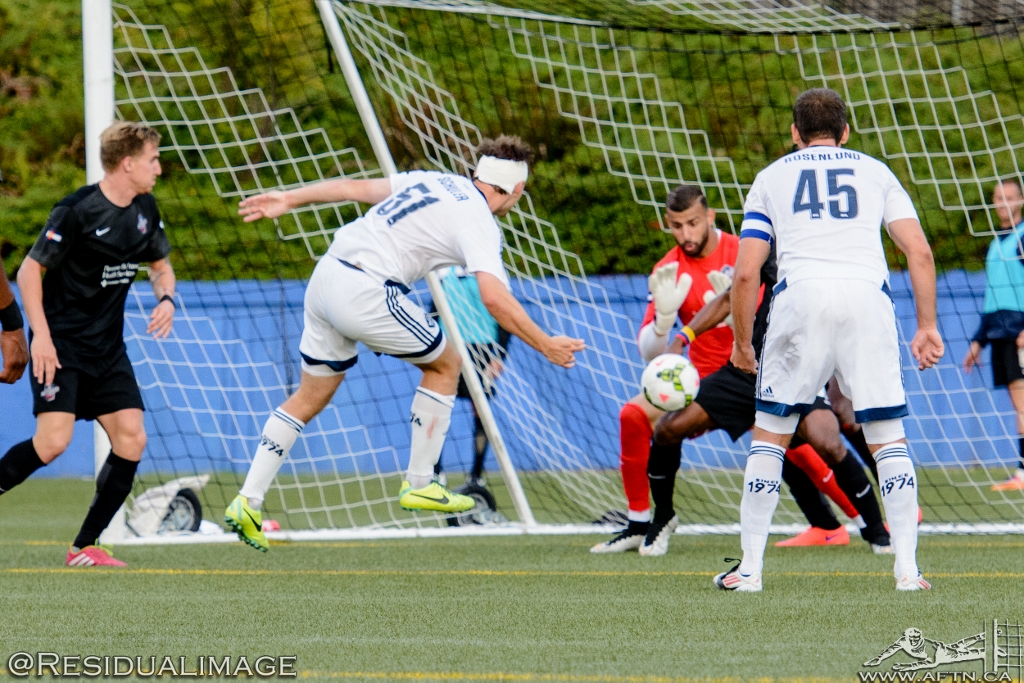 Then Billy Schuler sees his shot cleared off the line 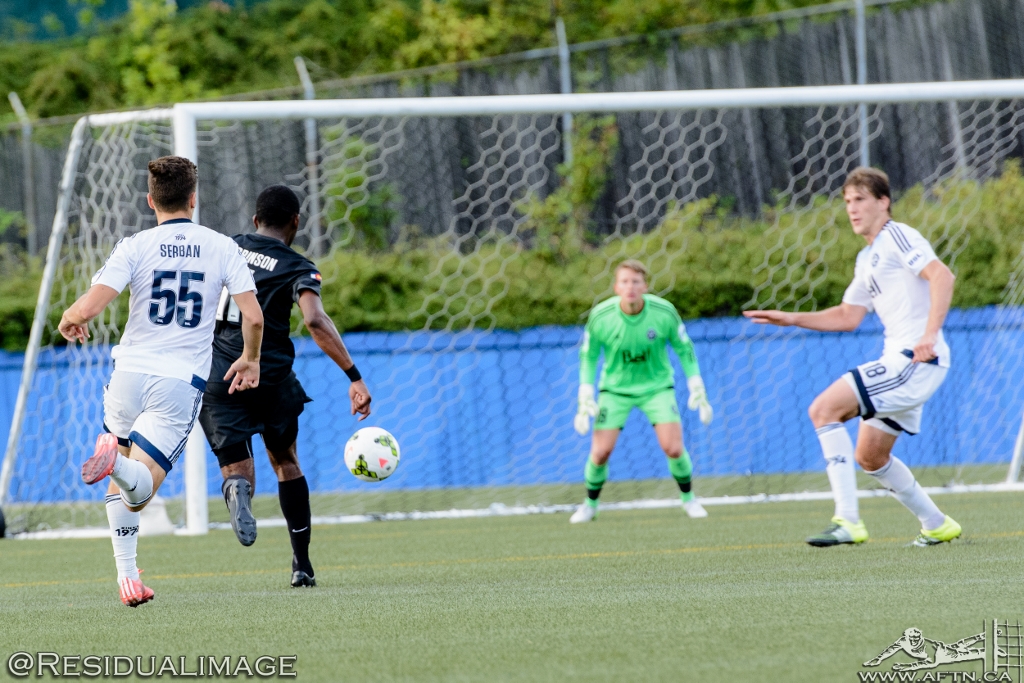 Then on the stroke of half time, Saeed Robinson races in on goal 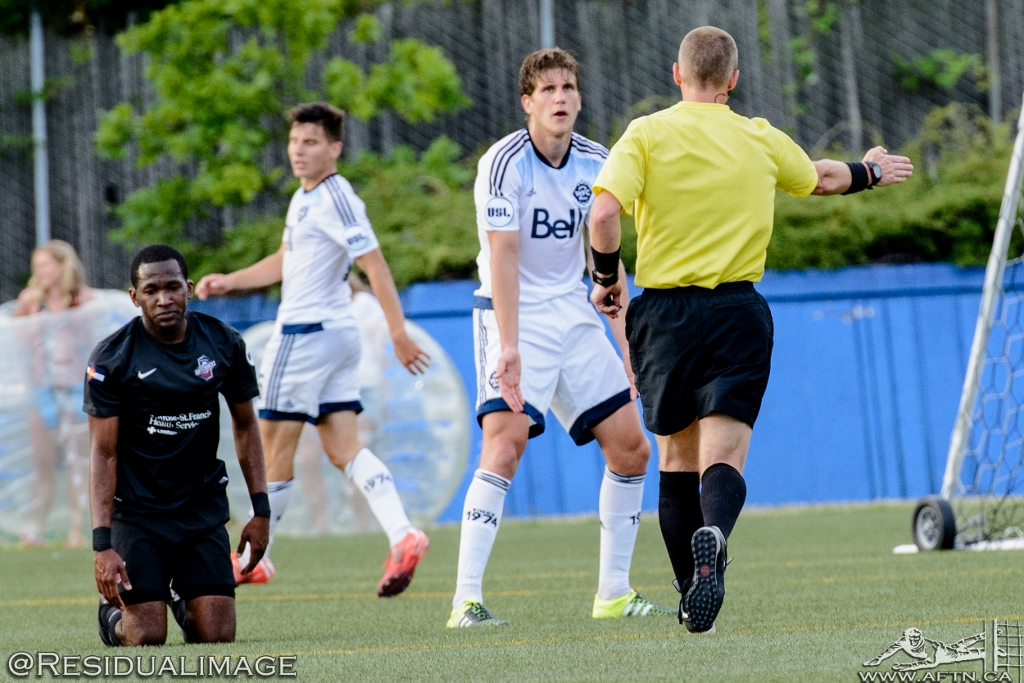 And is brought down for a penalty by Diego Rodriguez 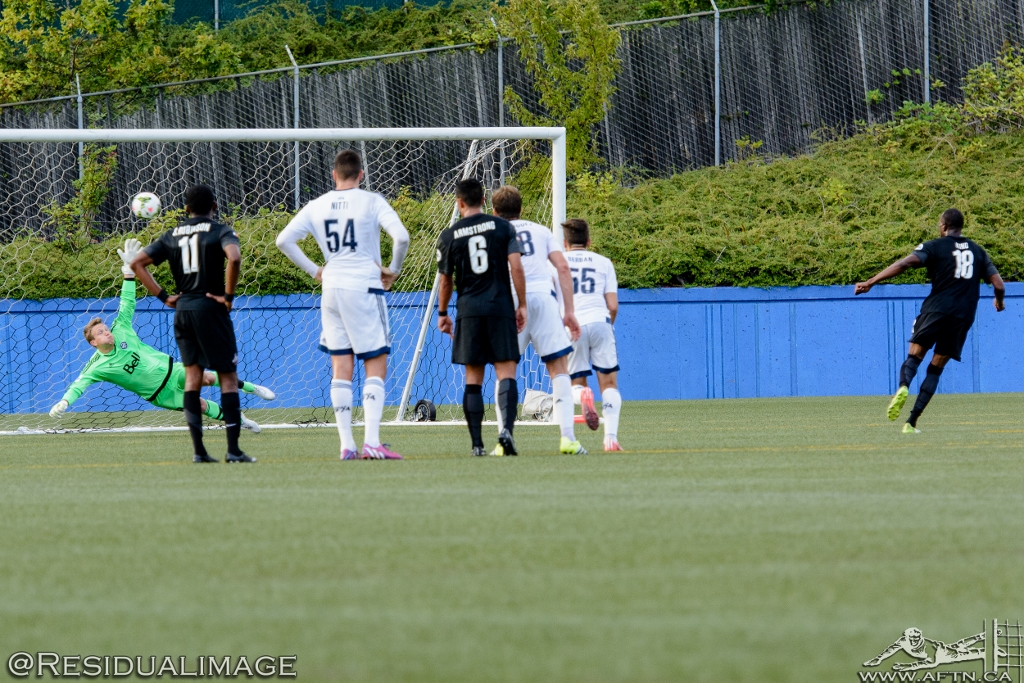 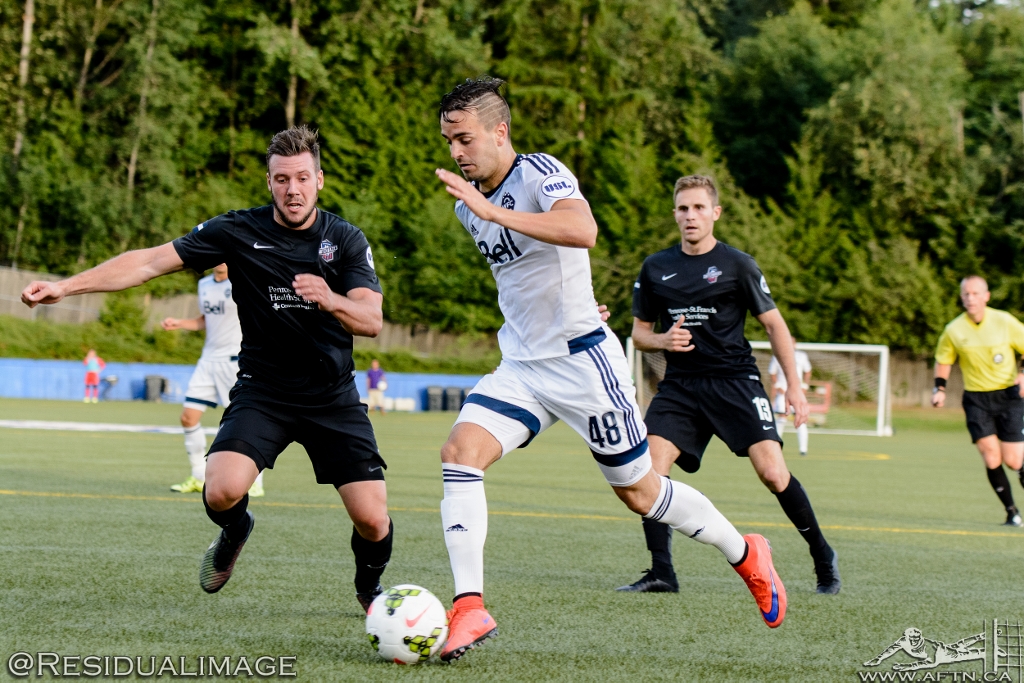 With the second half underway, Victor Blasco continues to cause problems on the wing 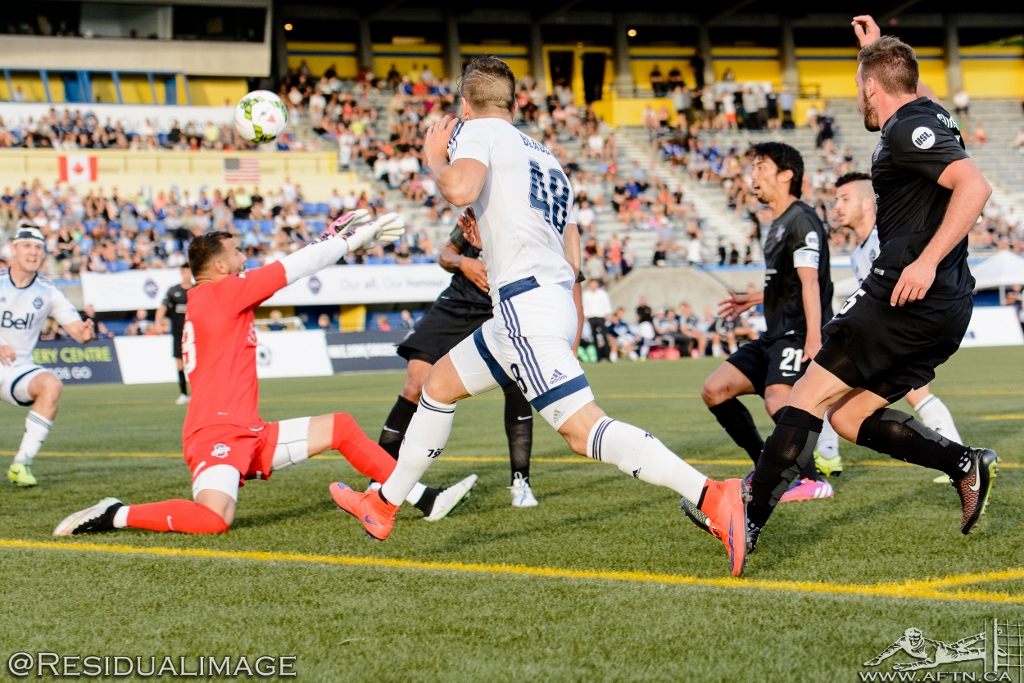 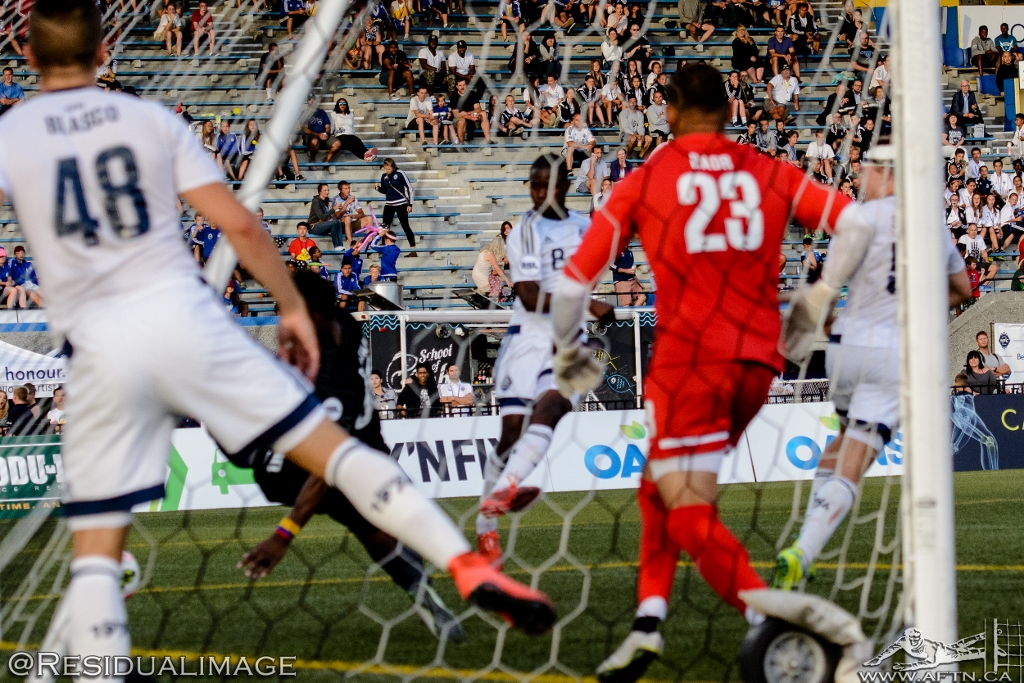 For Andre Lewis to slot home and make it 2-2 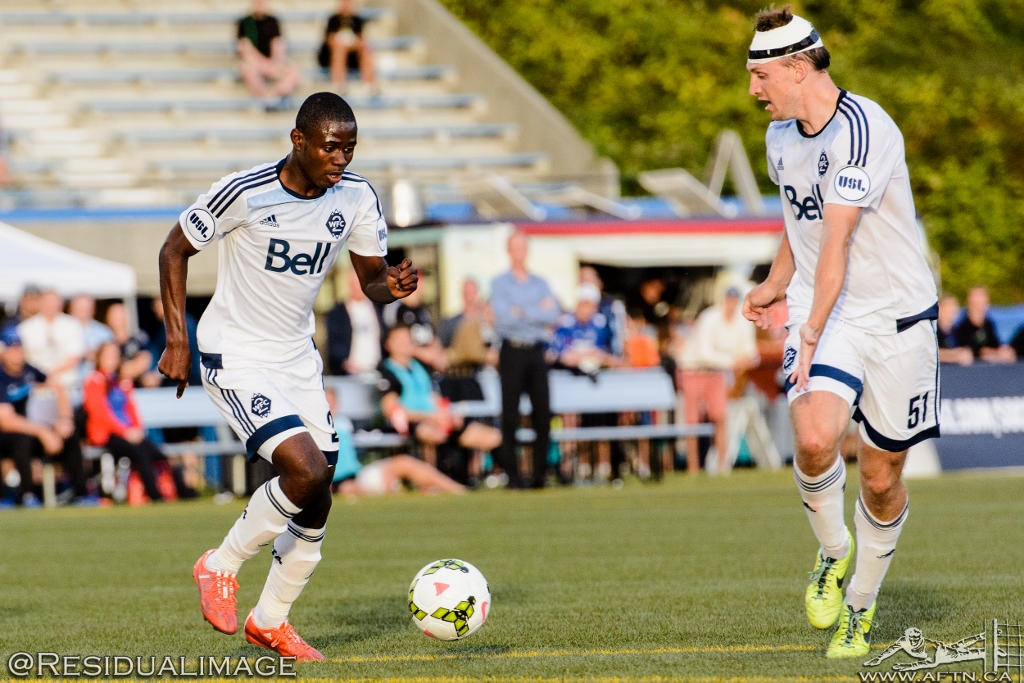 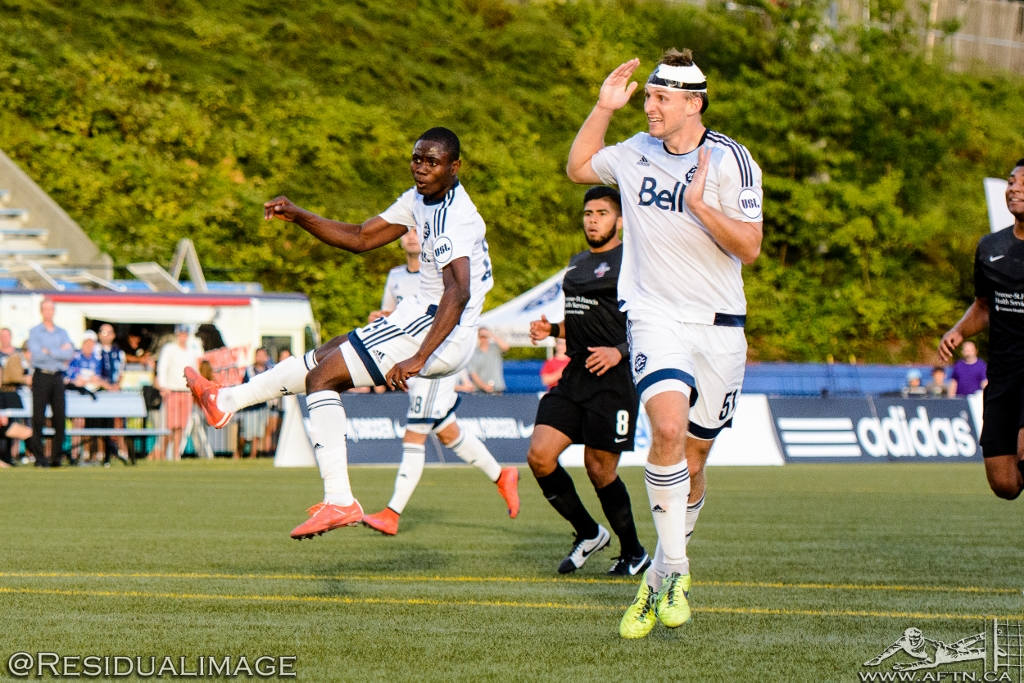 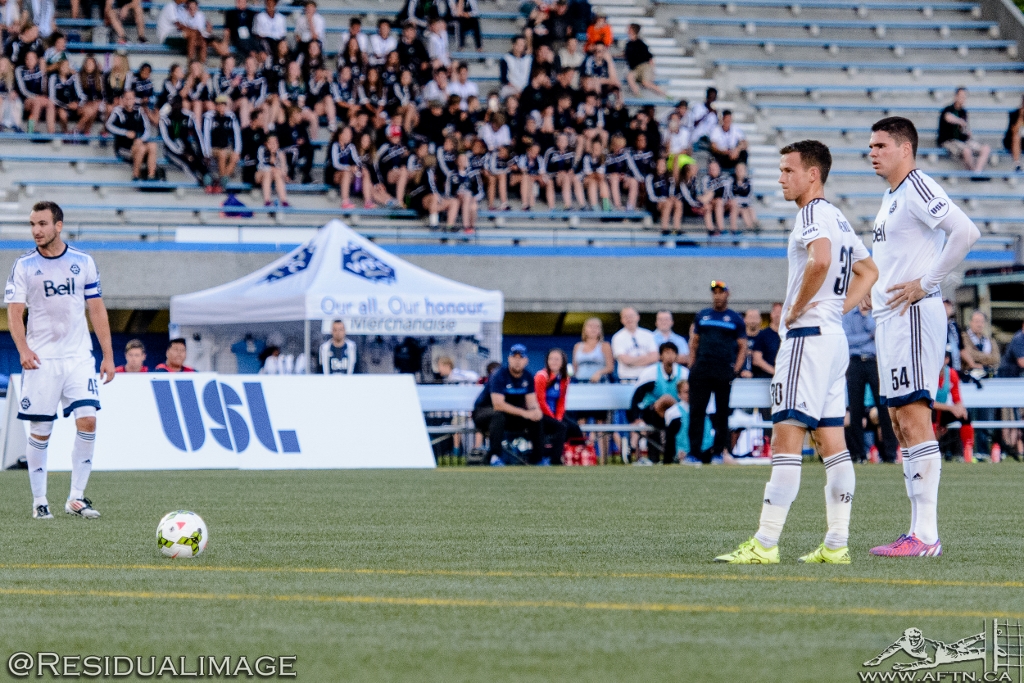 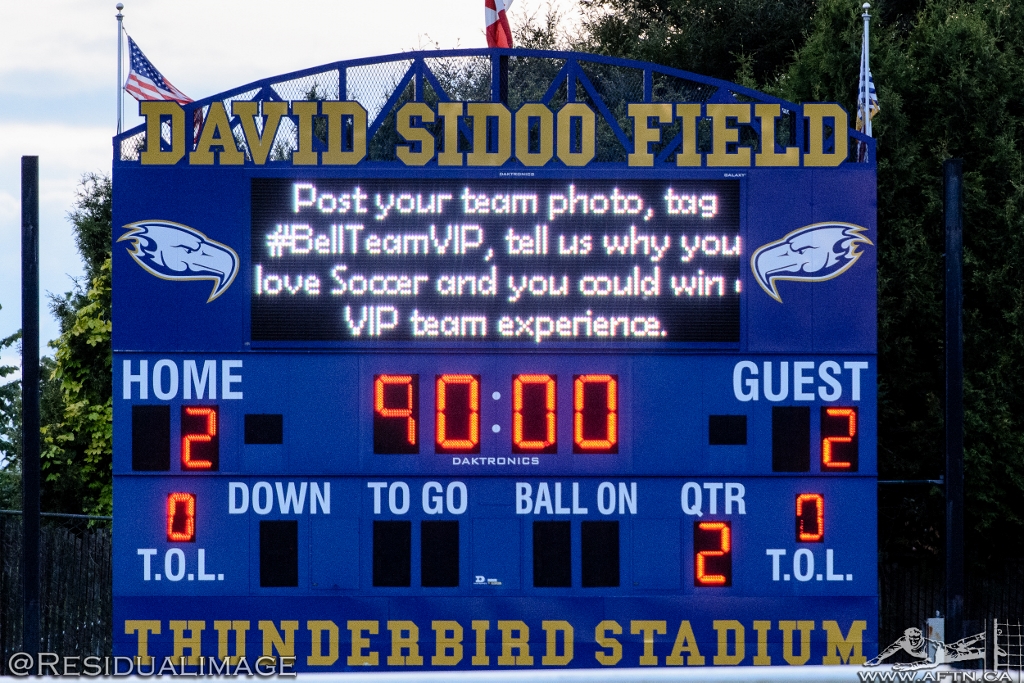 But that was all she wrote