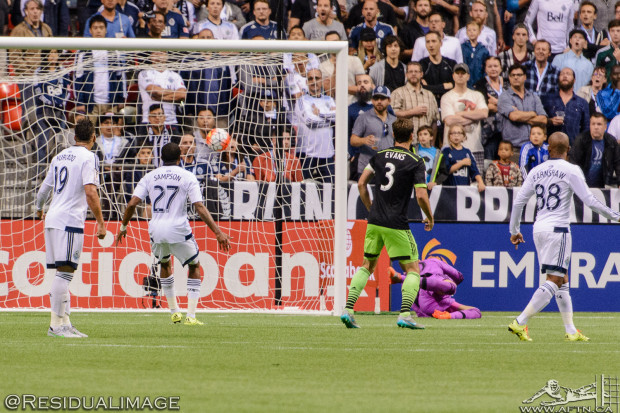 It took an hour but suddenly a football match broke out.

Well just about, as Vancouver Whitecaps and Seattle Sounders ground out a 1-1 draw in their opening 2015/16 CONCACAF Champions League match in Group F.

Was all the waiting and anguish to play the ‘Caps first ever Champions League match worth it? It should have been, it still could be, but on Wednesday night, it certainly didn’t feel that way.

For now we have the history of the first ever match, Tim Parker’s wonderful first ever professional goal and some of the worst defending of the season to gift Seattle their equaliser.

AFTN photographer Tom Ewasiuk was there to capture all the “action” before, during and after the game and here’s his “Story In Pictures”, with a full Flickr slideshow at the end. 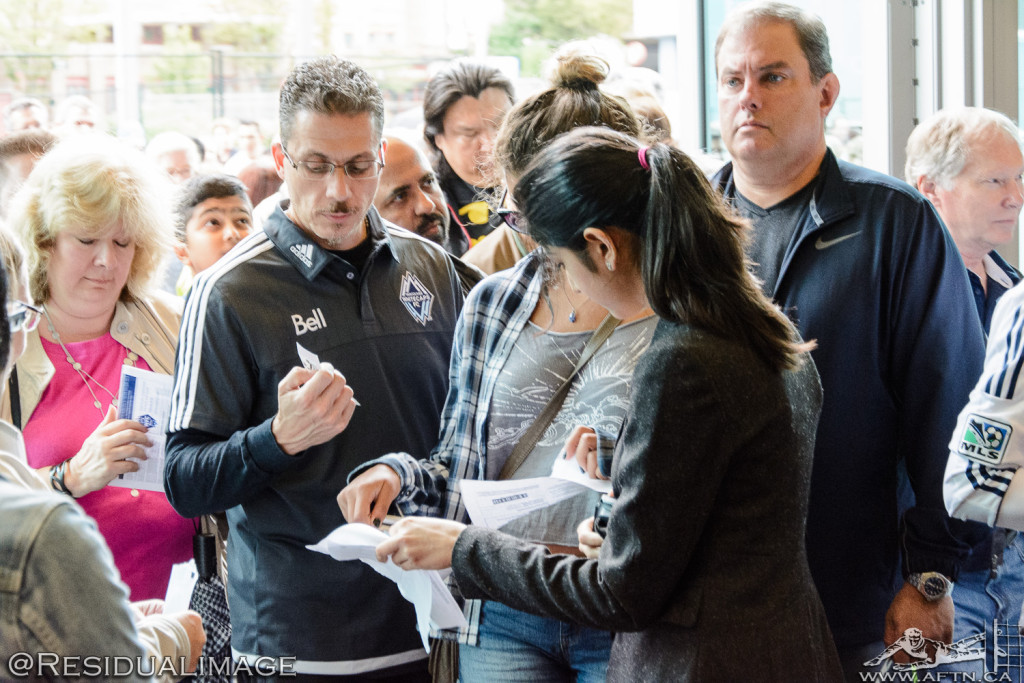 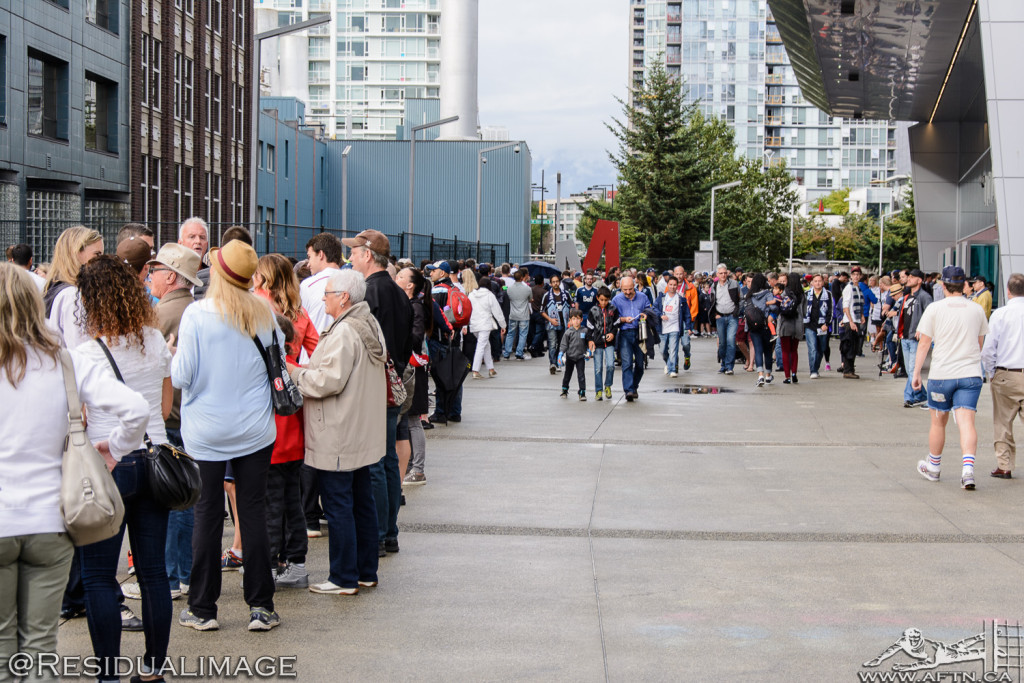 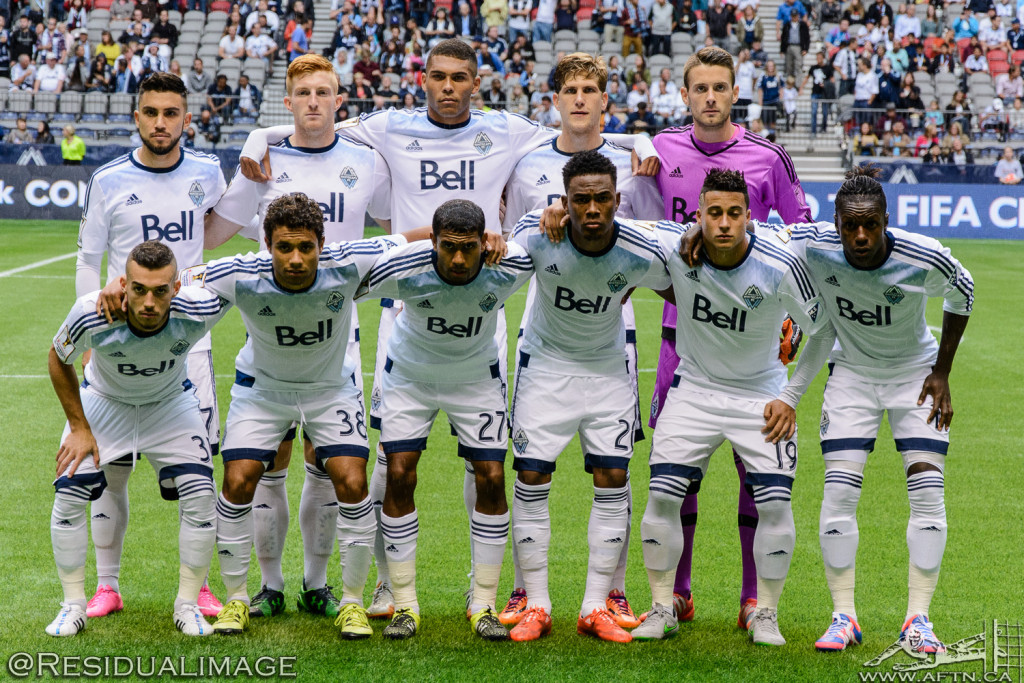 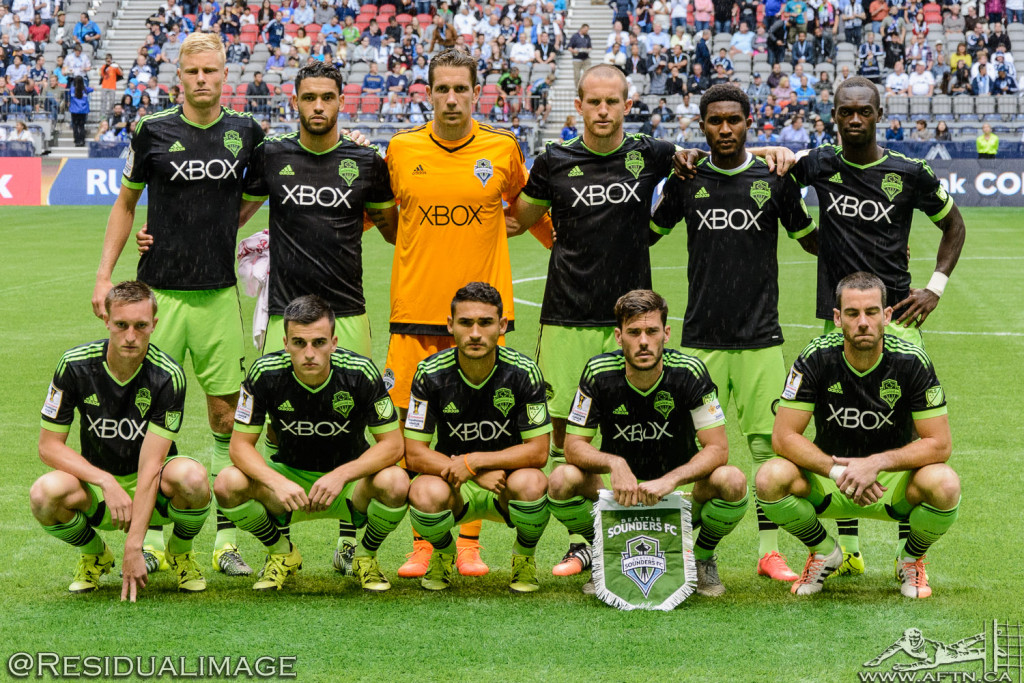 The janitorial team for the evening 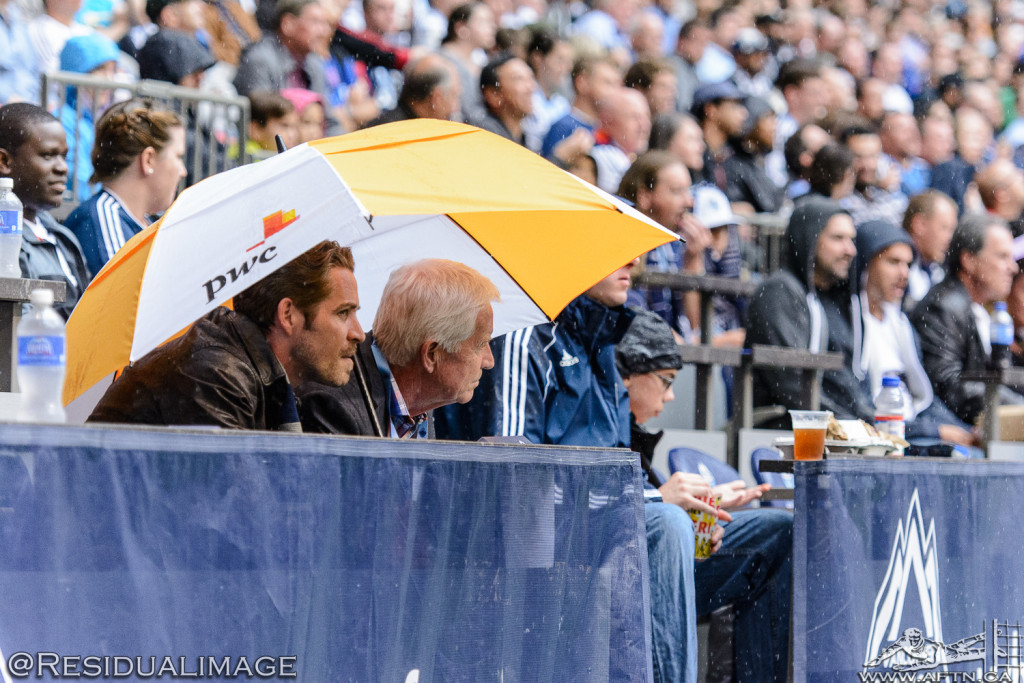 Some people brought their own roof 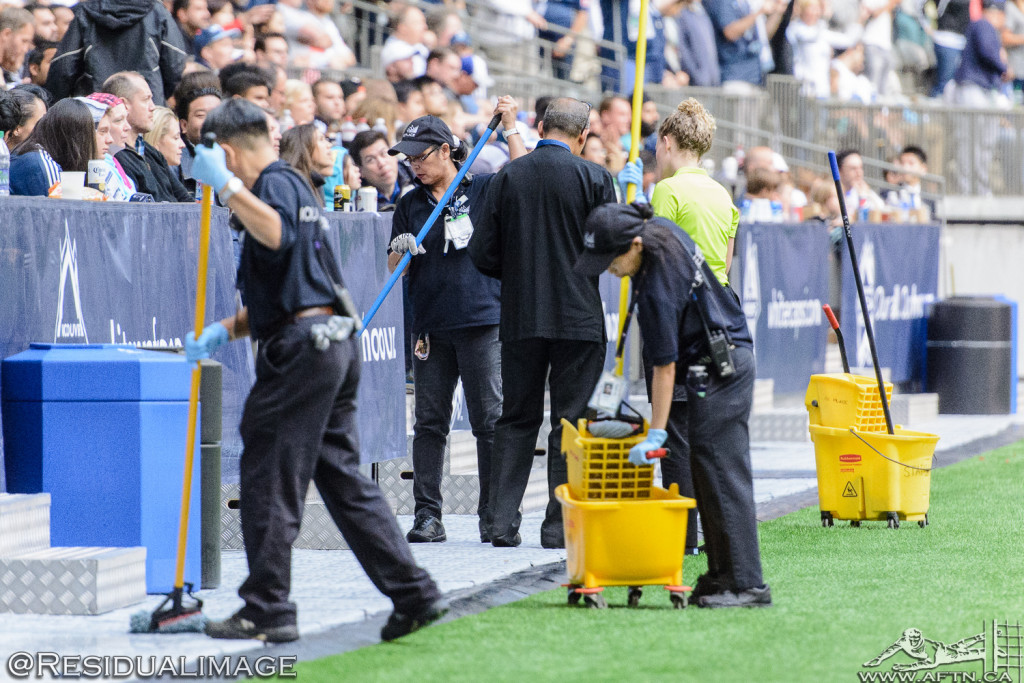 I’ll admit it. I was pissing myself with excitement heading into this one 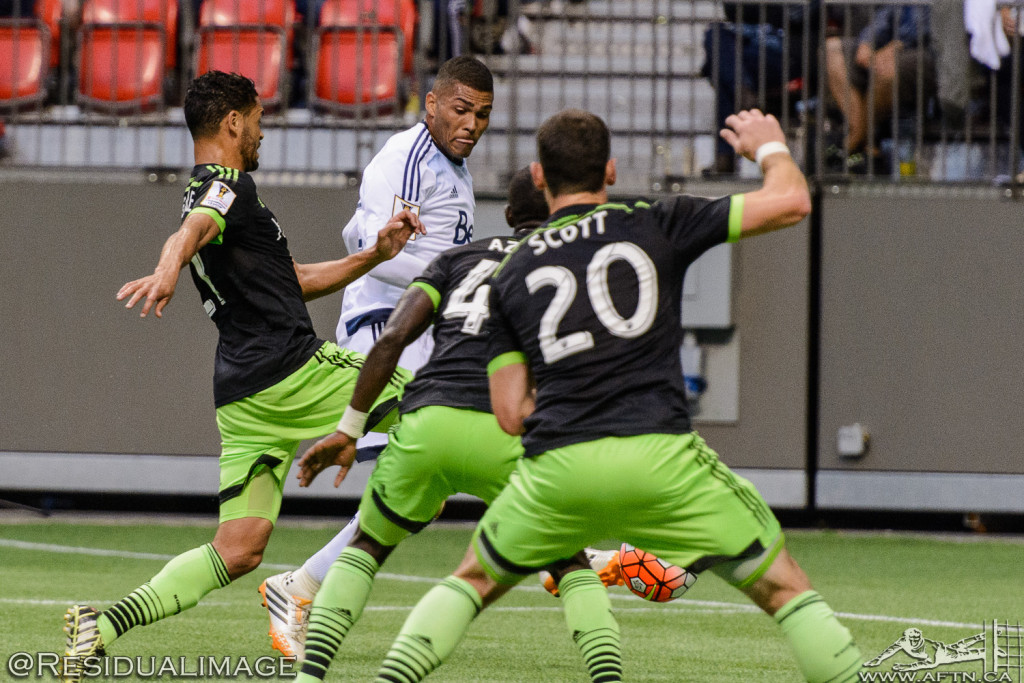 But as we said, a football match did break out and Christian Dean livened things up with a thunderbolt across goal as the hour mark approached 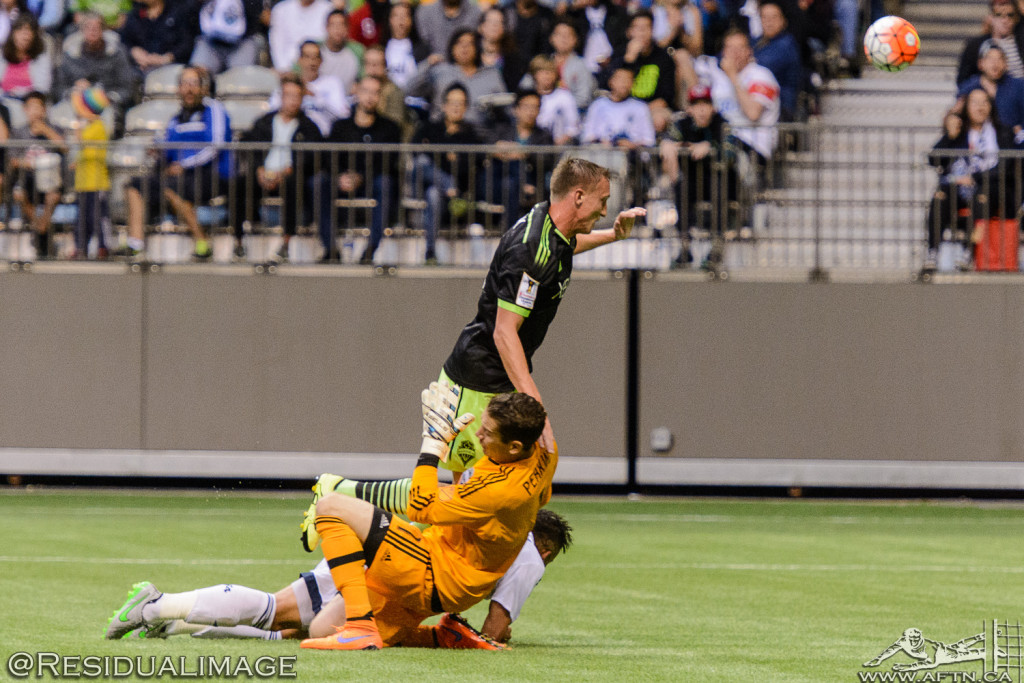 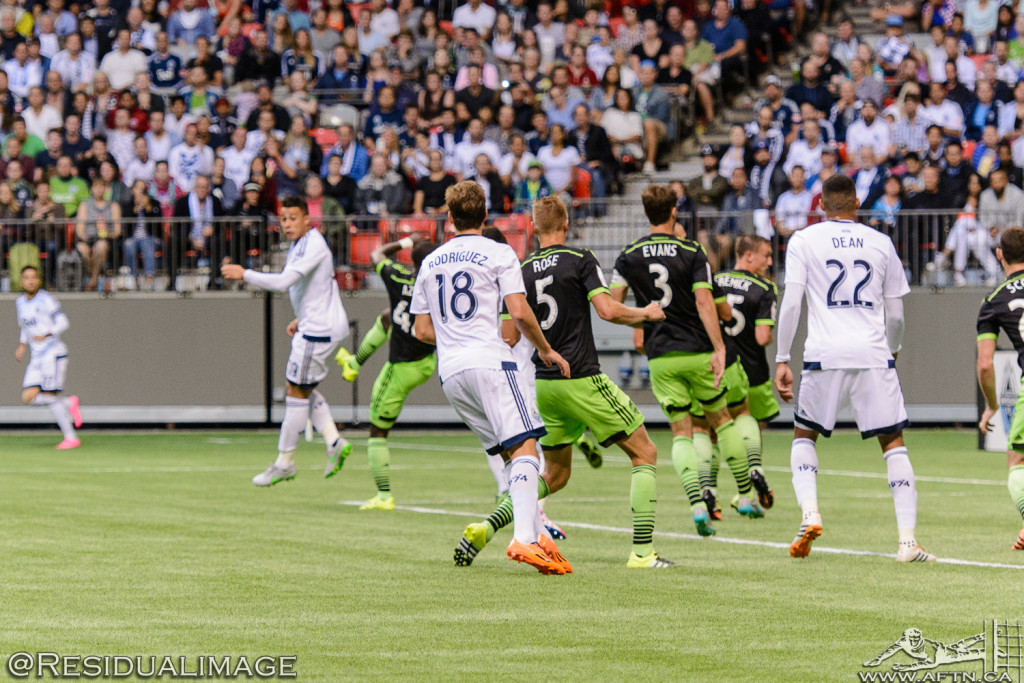 Morales sends in the resultant corner 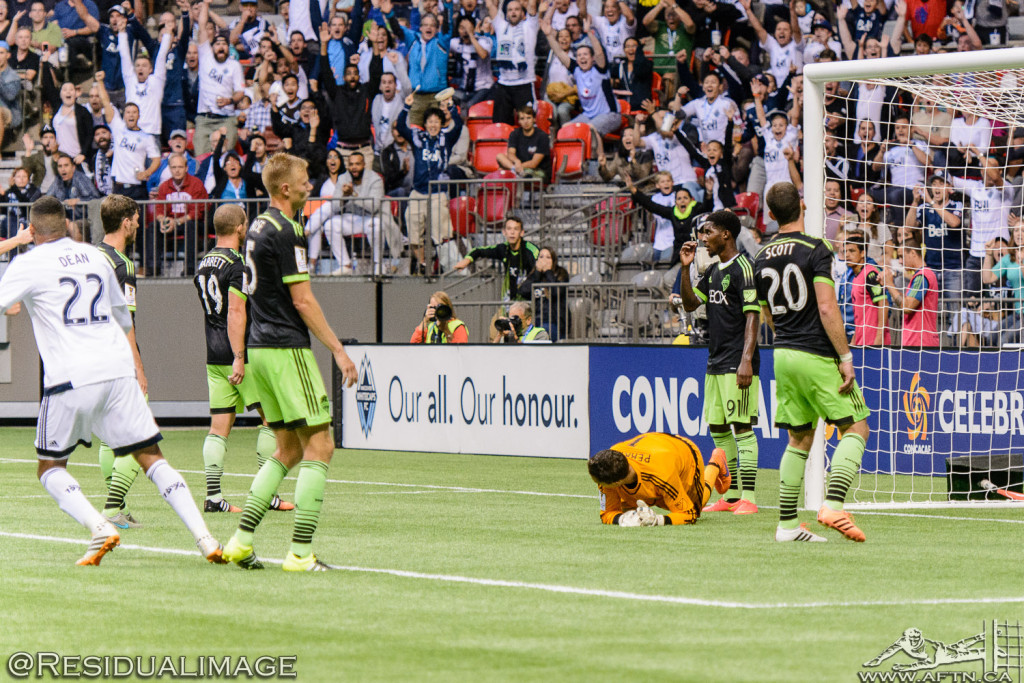 And it’s back flicked into the net by Tim Parker 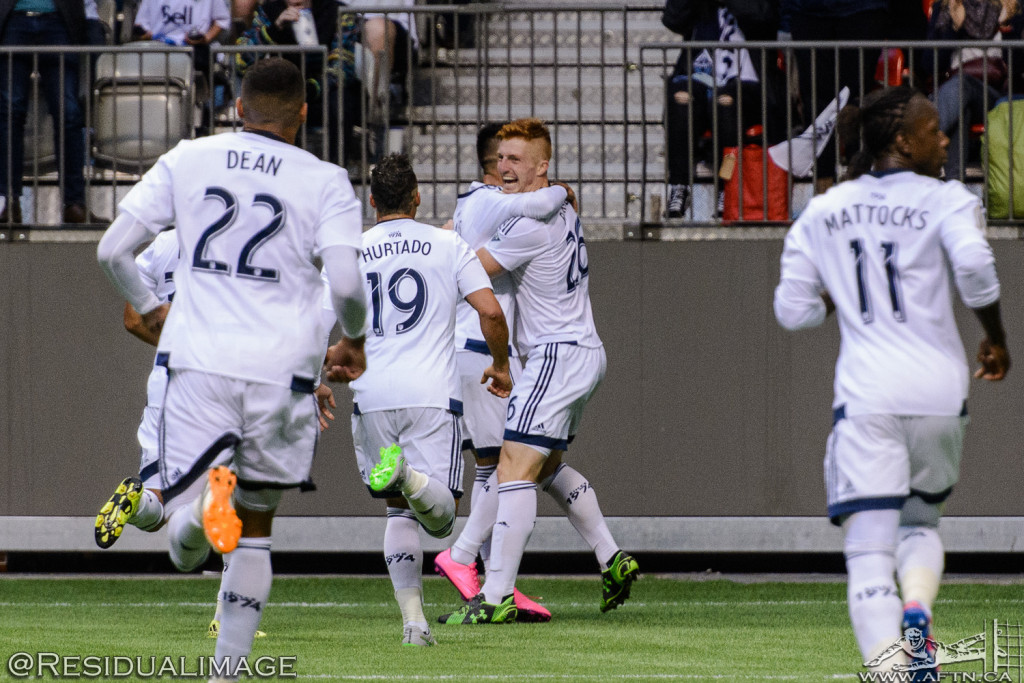 The sheer joy of your first professional goal 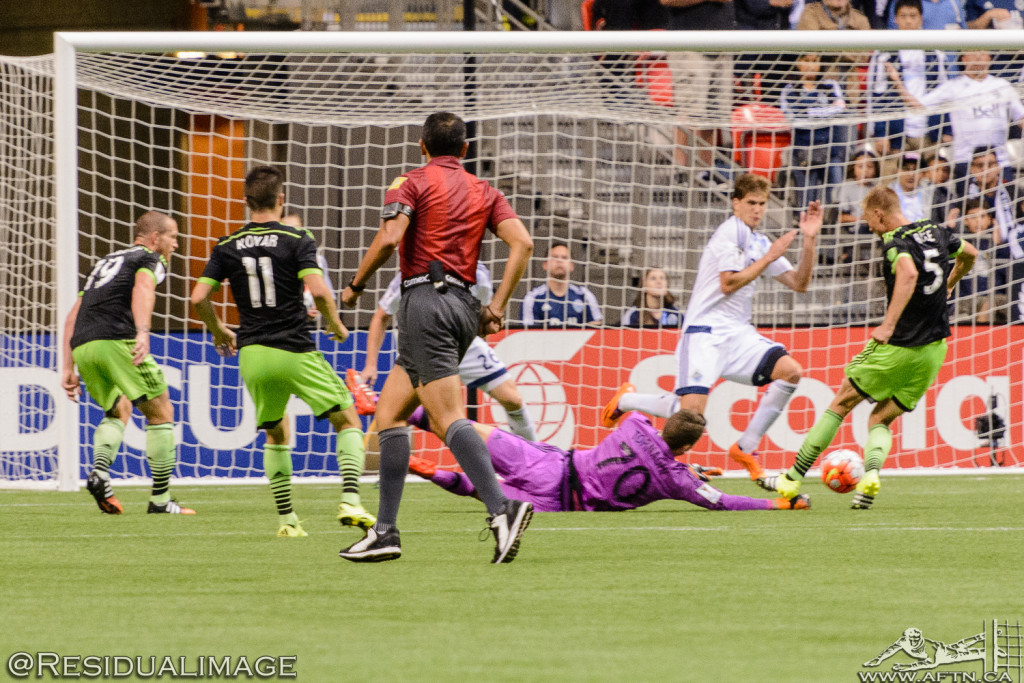 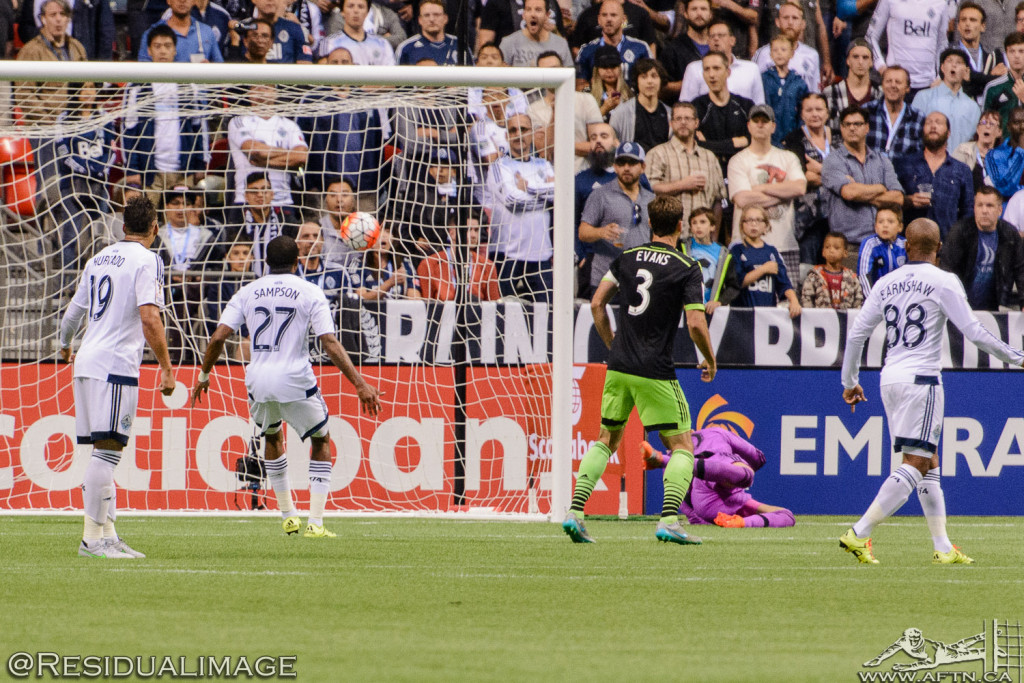 But Rodriguez was at fault in the 72nd minute, stepping up horribly to leave Lamar Neagle free to fire home the equaliser 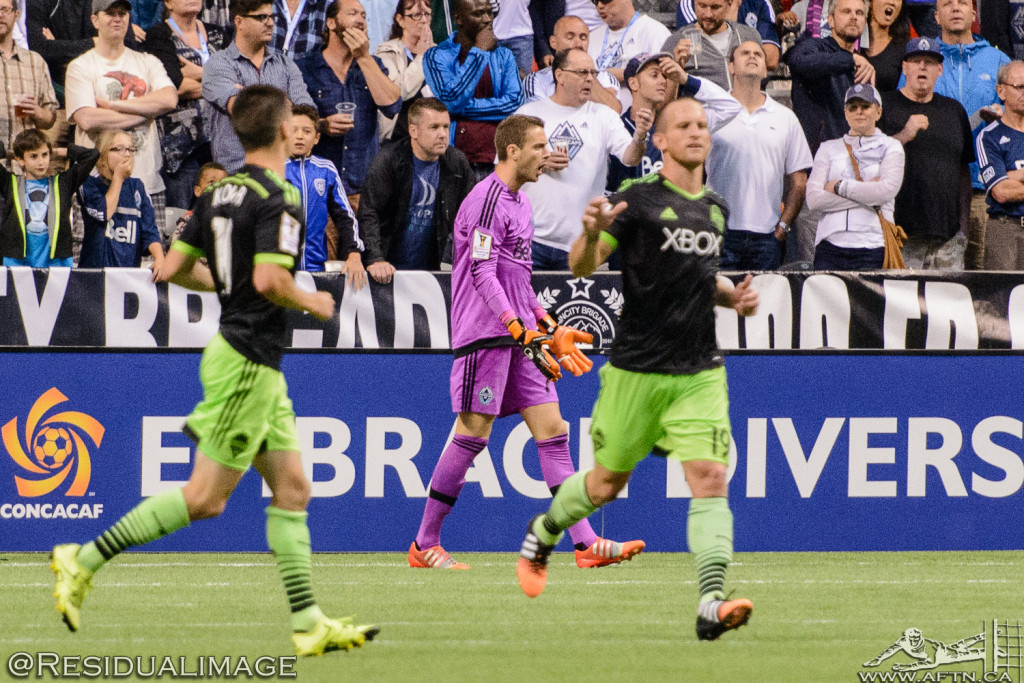 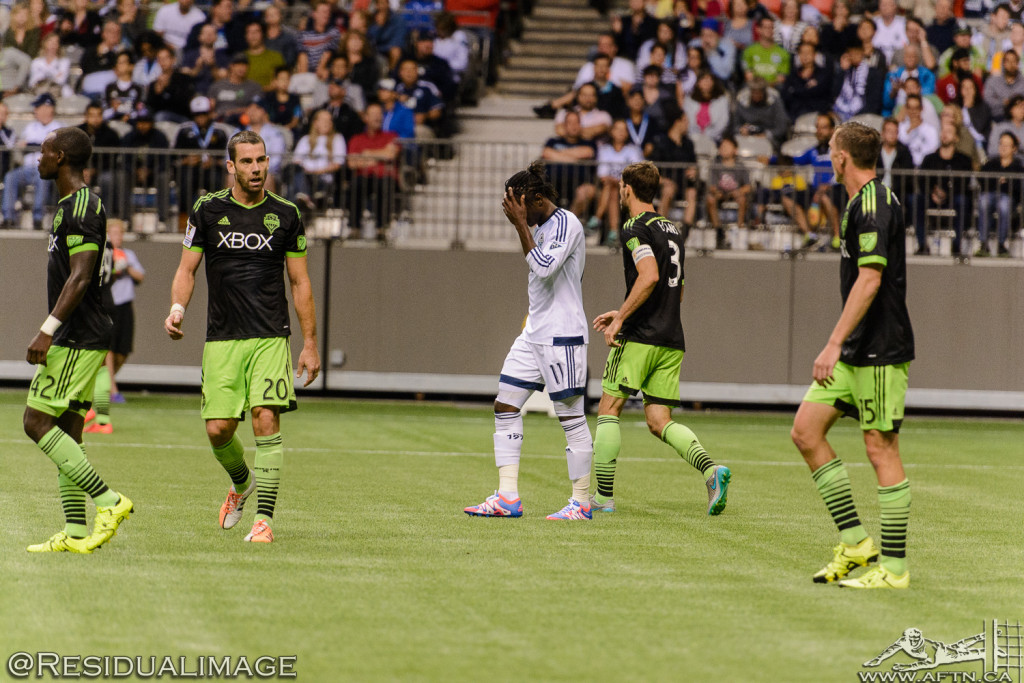 One last chance for Vancouver but Darren Mattocks flashes his header wide. On another day, against another team…. 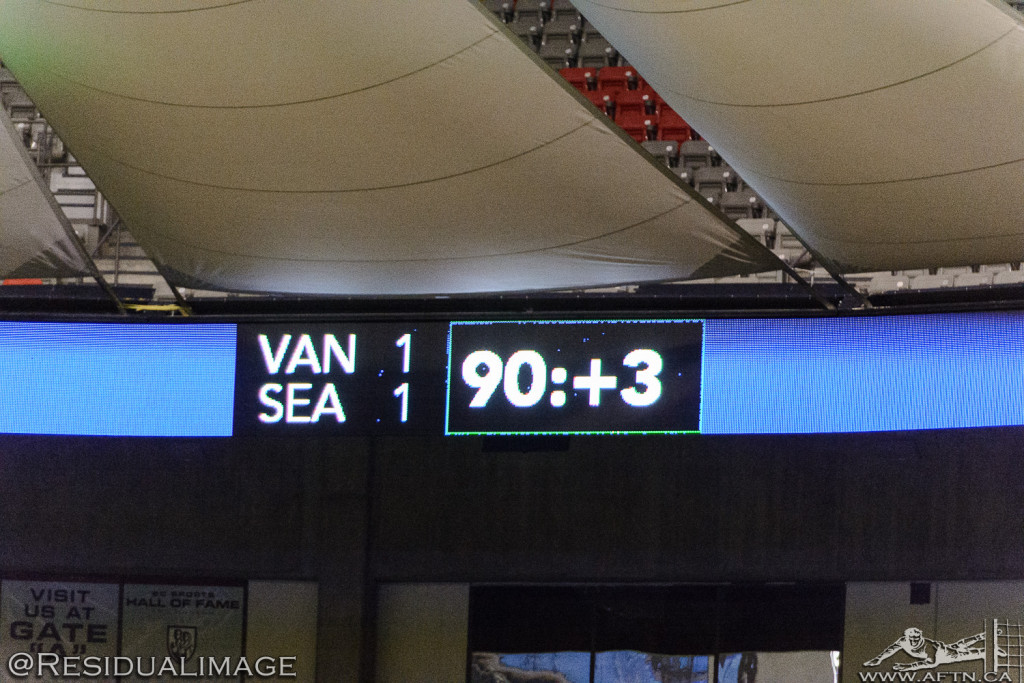 The scoreboard tells the sad tale of two points thrown away