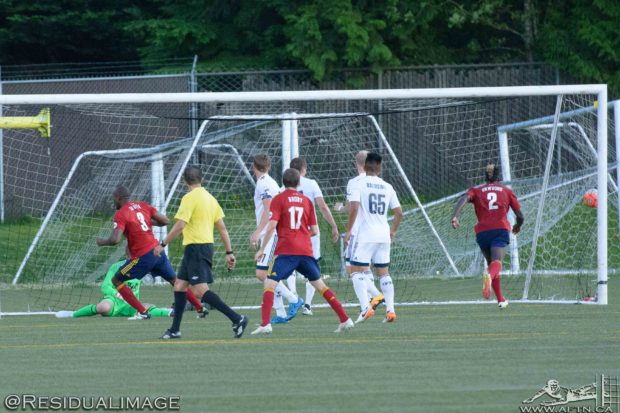 It’s strange for two teams to meet at the same venue in the space of a week, but that’s what the USL schedule threw up as Real Monarchs made their second trip to Vancouver in short time to take on WFC2.

The Monarchs fought back from a two goal deficit last weekend to grab a point against the Western Conference leaders. This week they went one better, nicking the winner with the last kick of the game to come away with a 1-0 win and end the Whitecaps ten game unbeaten run.

The ‘Caps were “sluggish” according to head coach Alan Koch after the match, but had the better chances and certainly deserved at least a point, if not three, against a team that came looking for little and wasted time from the start.

A tough way to lose your unbeaten record, but Koch feels the team needed it to put things in “perspective” to spur them on for the rest of the campaign without that millstone around their neck. It’s how they respond now that will be the telling tale of this team and we’ll see that on Thursday night down in Seattle.

AFTN photographer Tom Ewasiuk was there to capture all the action before, during and after the Monarchs game and here’s his “Story In Pictures”, with a full Flickr slideshow at the end. 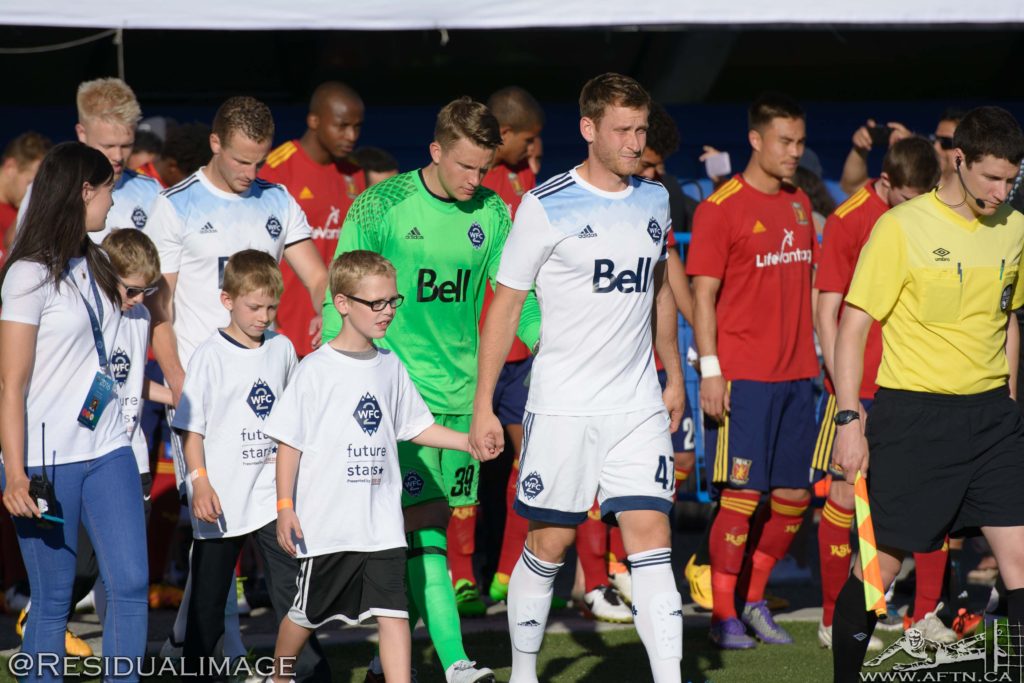 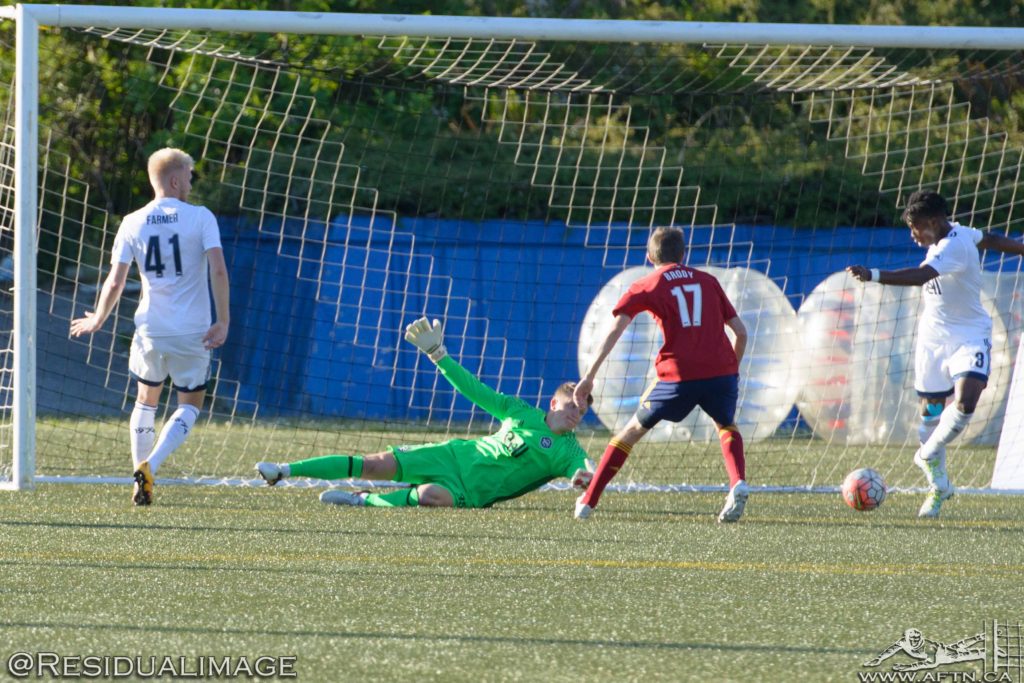 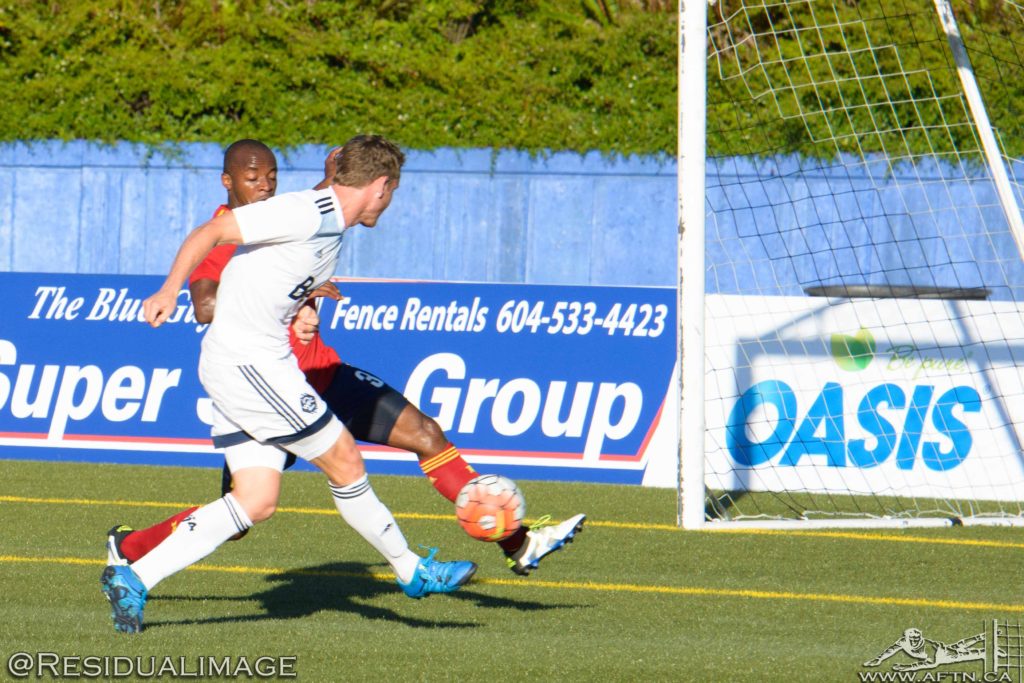 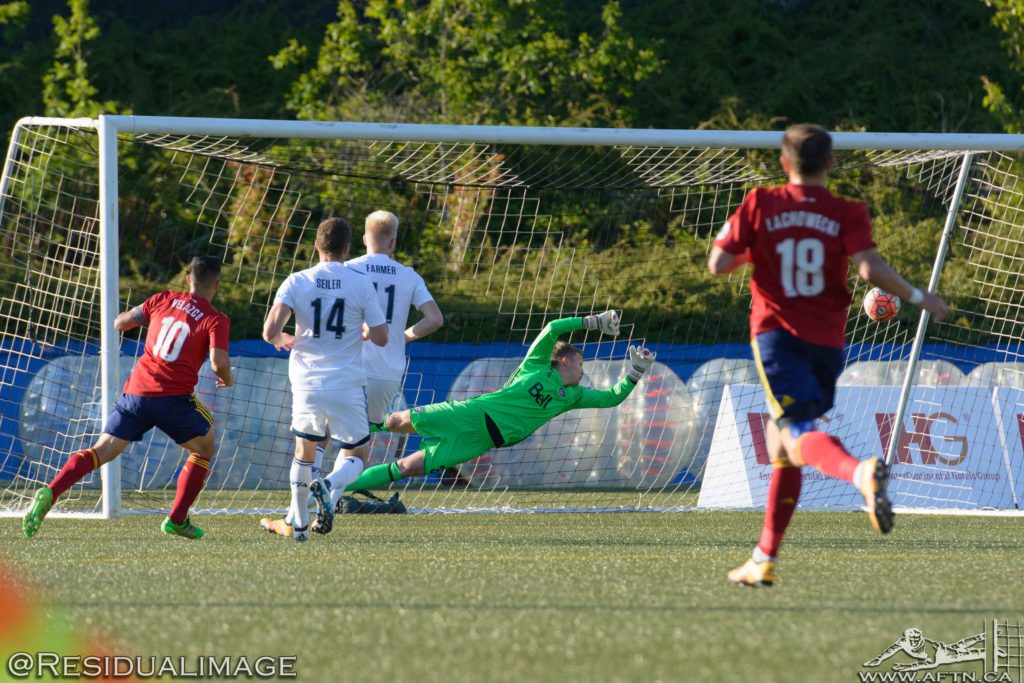 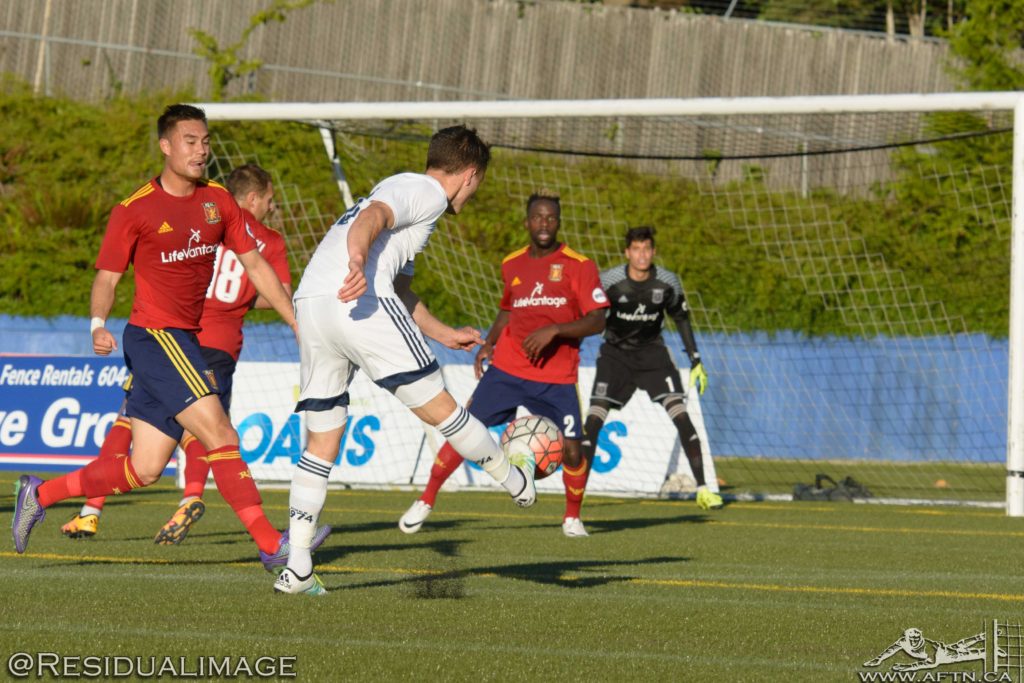 Just before the half, Ben McKendry has another laser in his sights but fires narrowly over 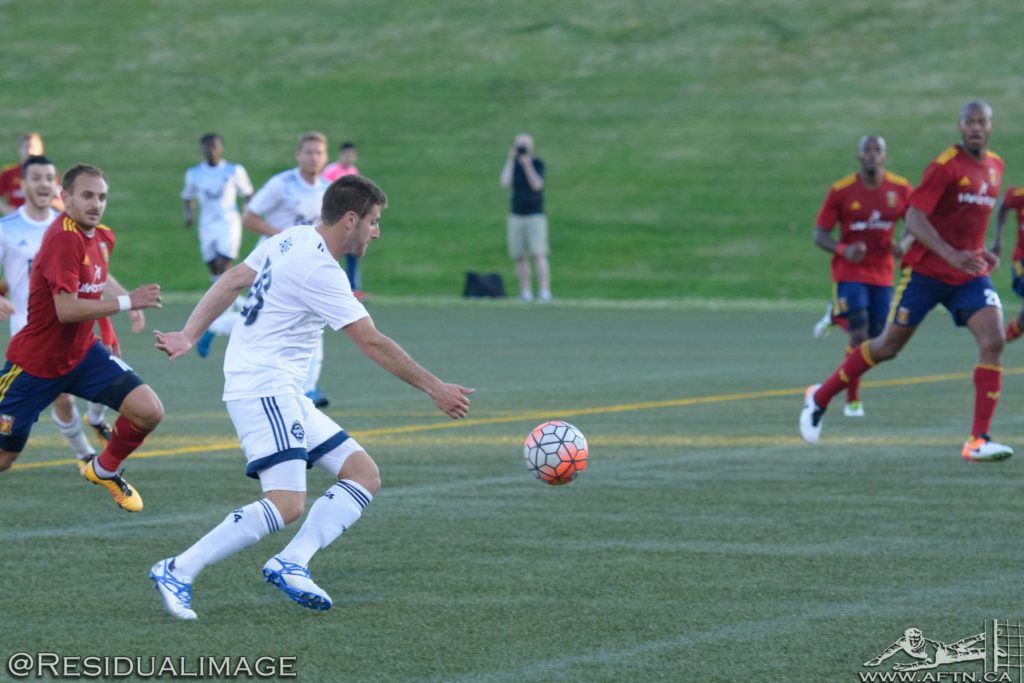 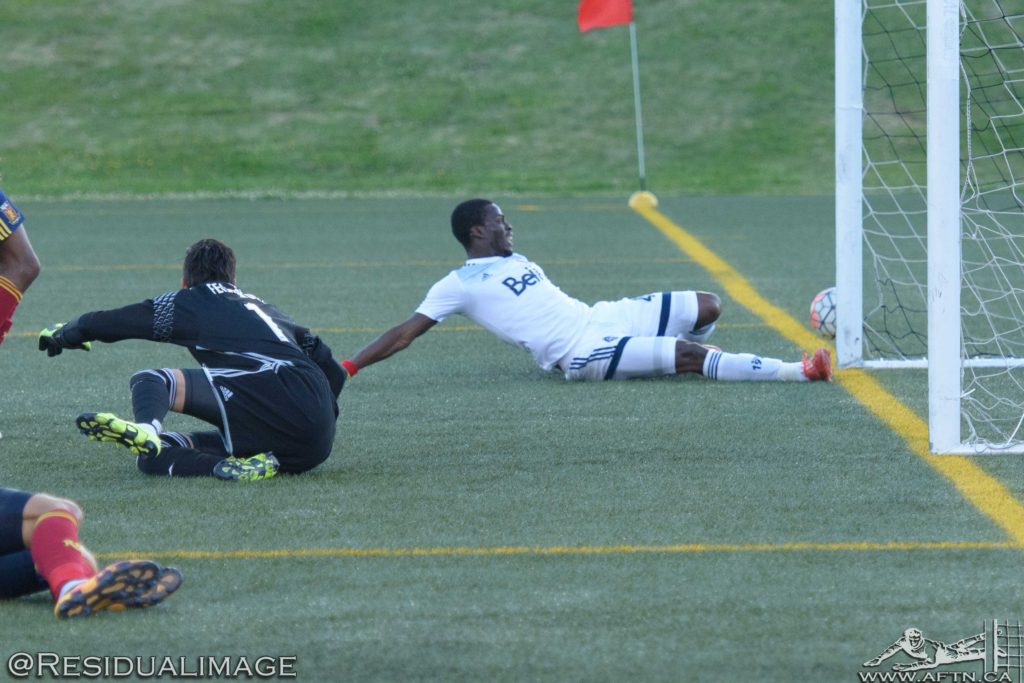 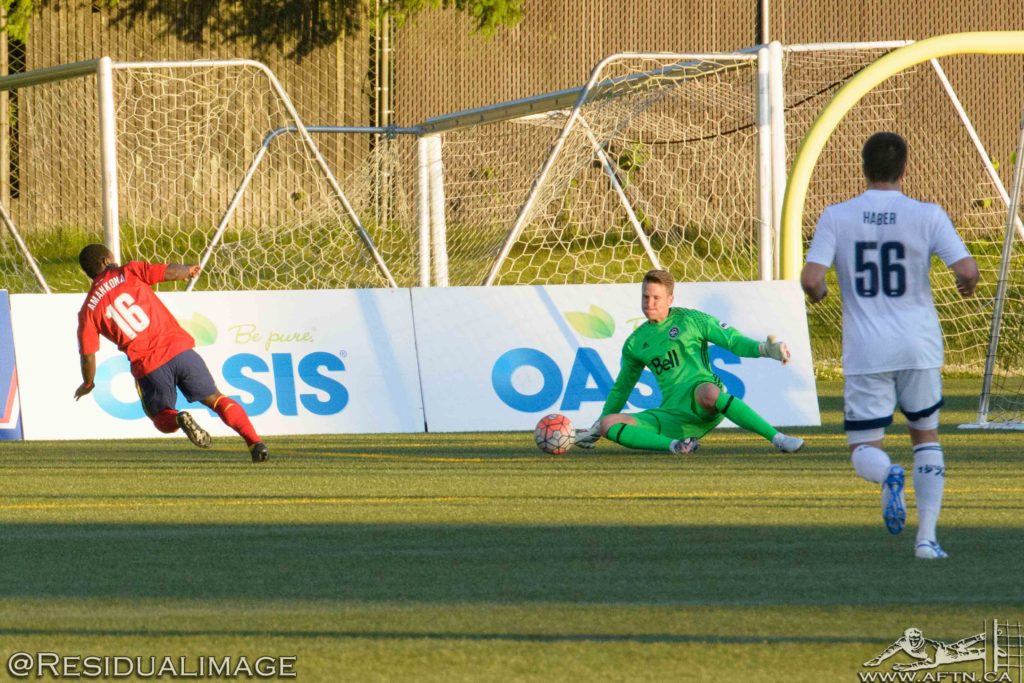 Spencer Richey comes up with a big stop on Fredrick Amankona 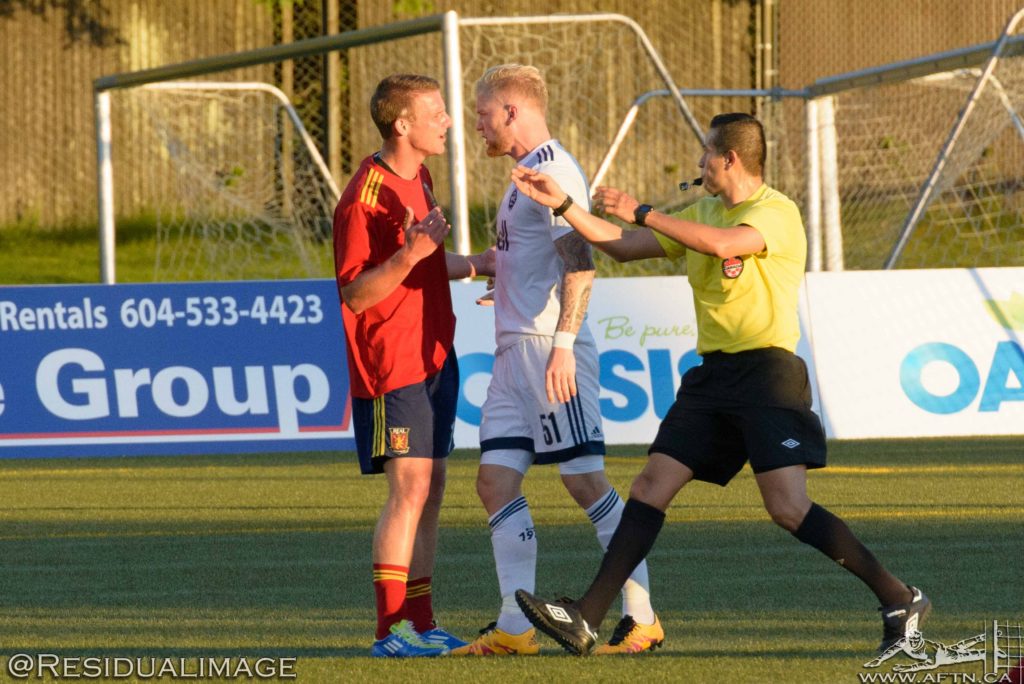 Things get a little heated in the closing minutes 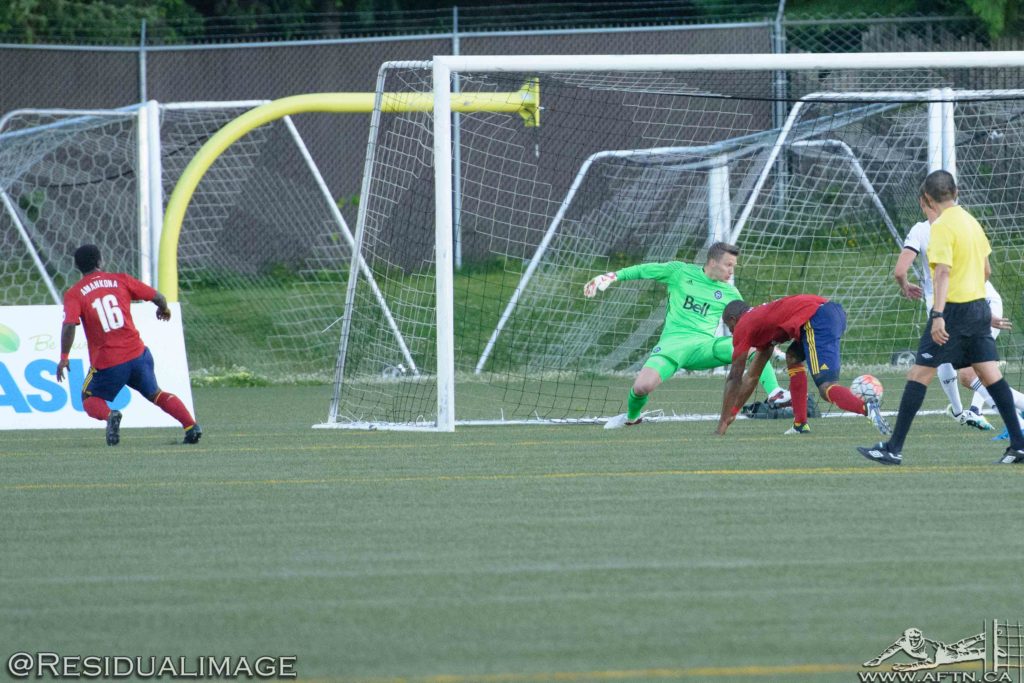 Then Sam Adekugbe gives up a free kick, and gets sent off for a second yellow card, five minutes into stoppage time, which Etiandro Tavares whips in to an unmarked Frederick Amankona at the back post 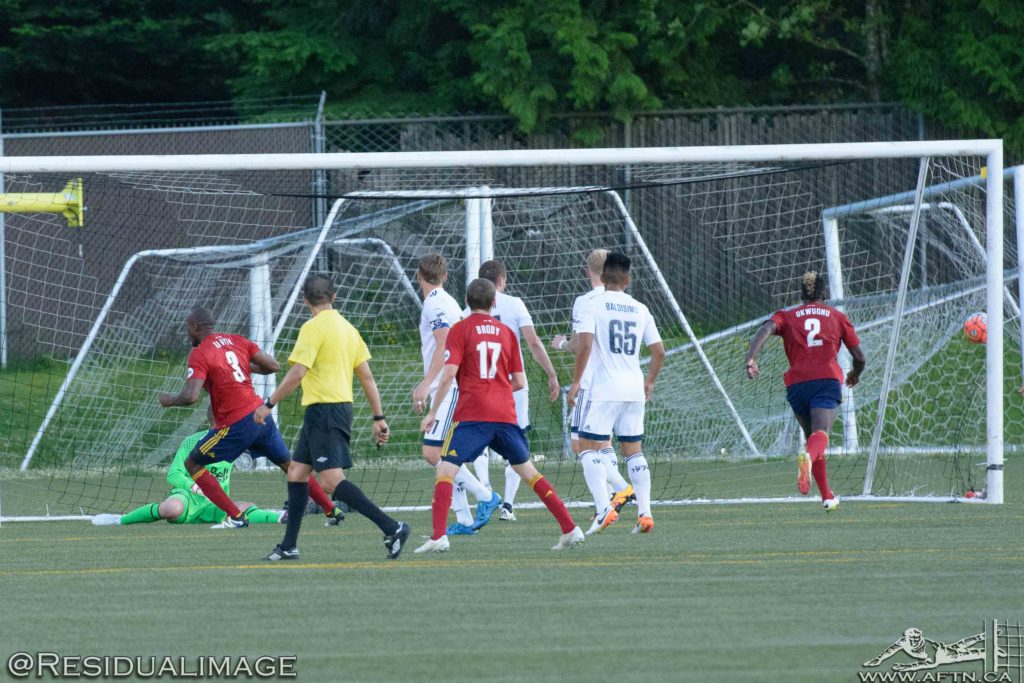 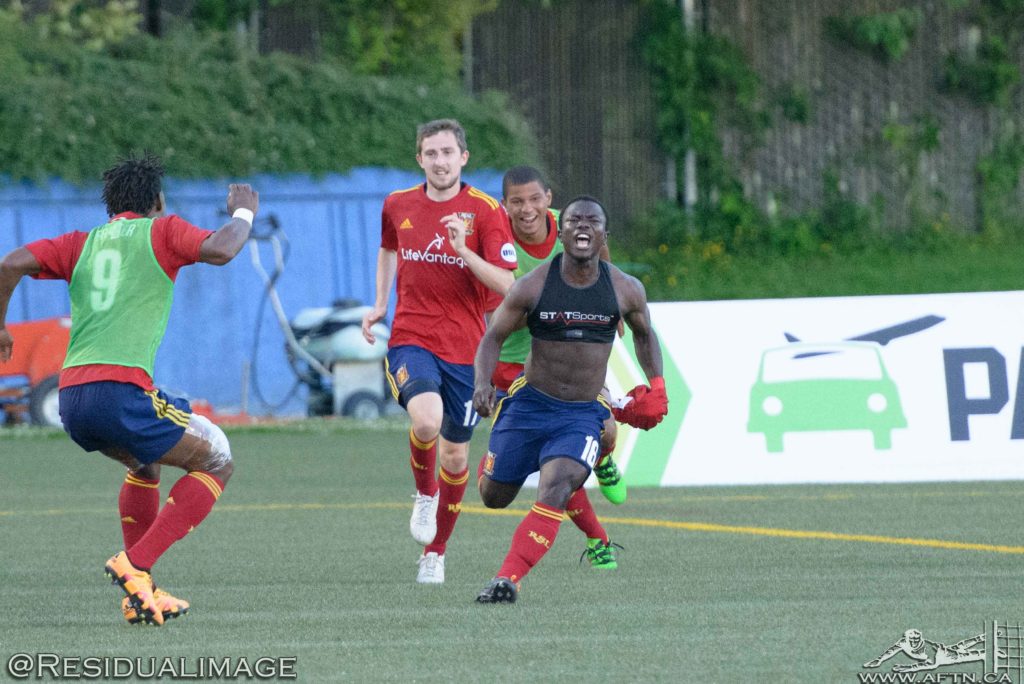 The joy of a last second victory 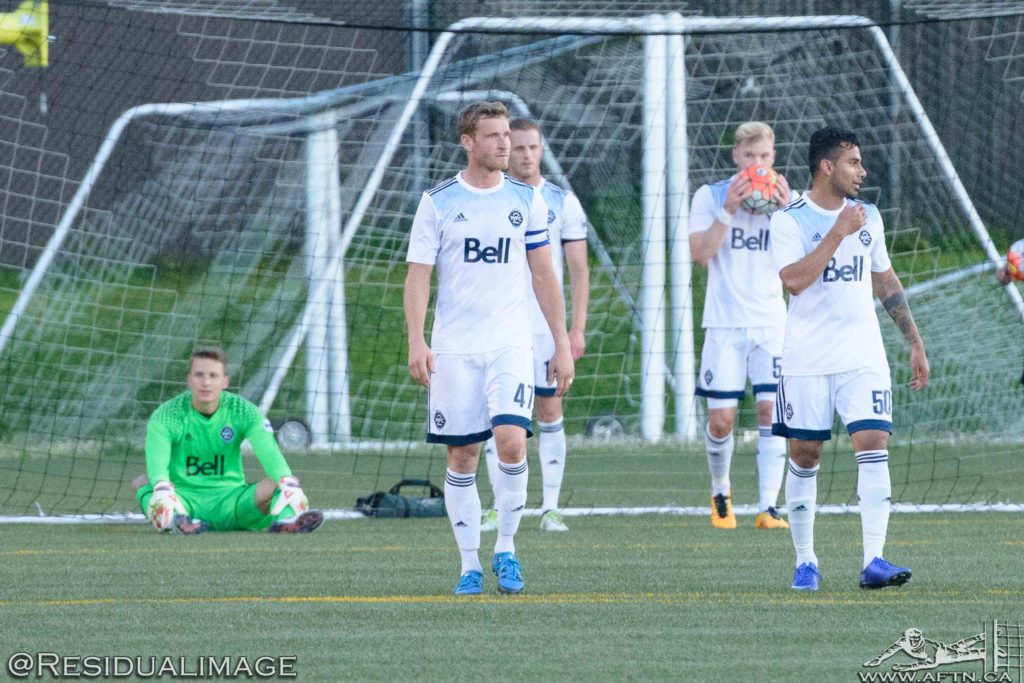 And the pain of defeat and losing your unbeaten record. Onwards and upwards ‘Caps.