Always stay to the end. That’s always been our motto at the football. Even if you’re watching your team getting drubbed by seven goals by your fierce local rivals. With WFC2 this season, staying to the end has become a necessity, with two grandstand finishes in their last two home games.

If you left early, you missed a cracking ending. So serves you right!

It shouldn’t have been that way of course. The ‘Caps were 2-0 up and coasting by the 23rd minute, thanks to a spectacular two goal brace by Marco Bustos. Swope Park had nothing in return and Vancouver were dominant and looking comfortable.

But not for the first time this season, WFC2 came out all guns blazing but lost some intensity after going a couple of goals up. In previous games they’ve been punished. It certainly didn’t look like this would be the same again on Sunday, but Rangers boss Marc Dos Santos made four changes at half time and Swope Park had some life about them.

The ‘Caps quickly regrouped and had chances to add to their tally before substitute Alphonso Davies added a third with ten minutes remaining. That was surely it. Um, well no actually, as the visitors stormed back with a fantastic late comeback.

Mark Anthony Gonzalez scored a 25 yard golazo to give Swope Park what looked to be an 86th minute consolation from out of nowhere, but when Kris Tyrpak got on to a long Tommy Meyer punt forward and added a second two minutes later, the comeback was very much on.

And the visitors nearly got it from a last second Kevin Oliveira free kick, which Marco Carducci brilliantly tipped onto the post and Daniel Haber booted clear with the last kick of the match.

Phew! Late drama galore but a well earned three points for WFC2, who got back to winning ways after back to back losses and move up again to top the Western Conference standings. 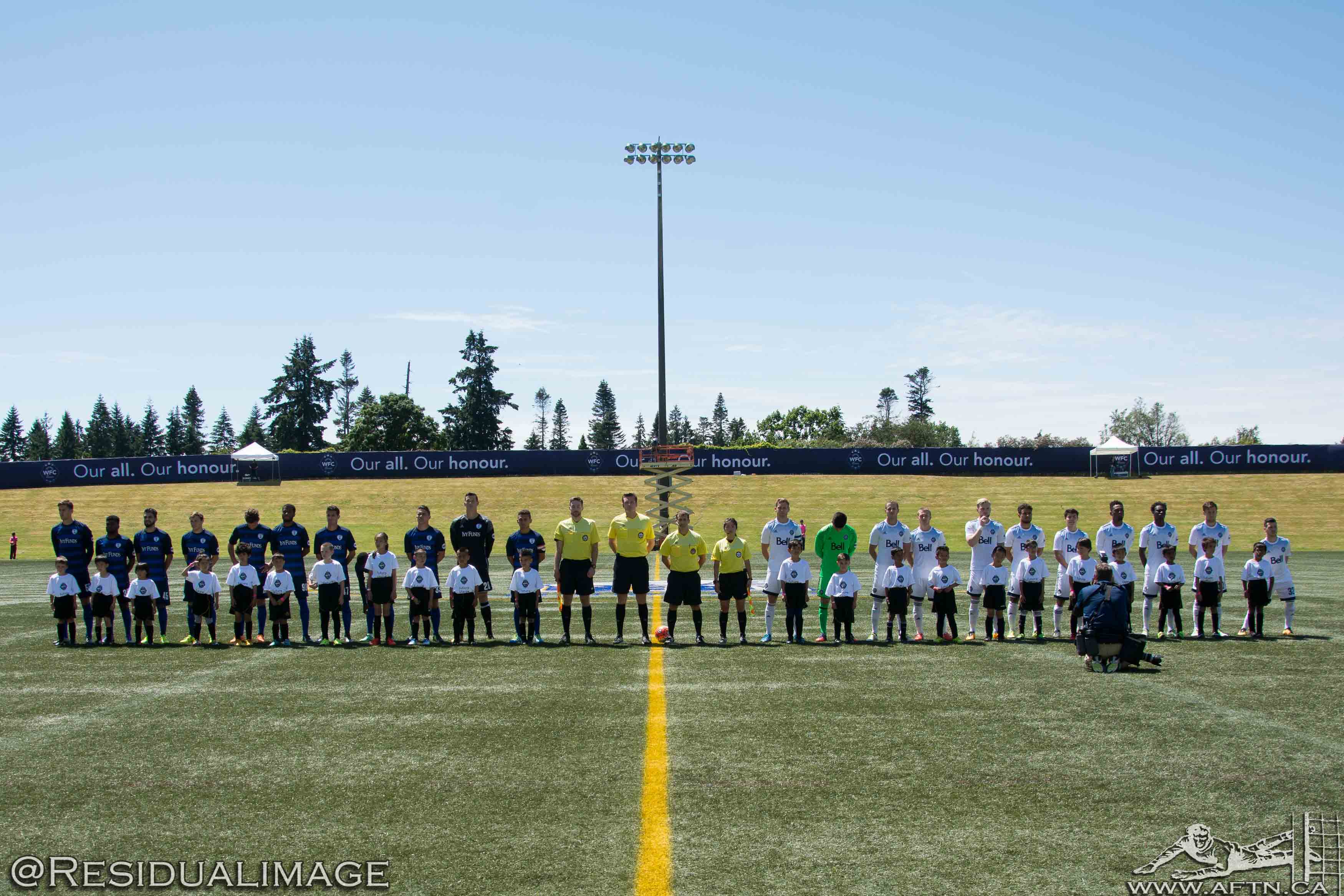 The teams line up for some USL action 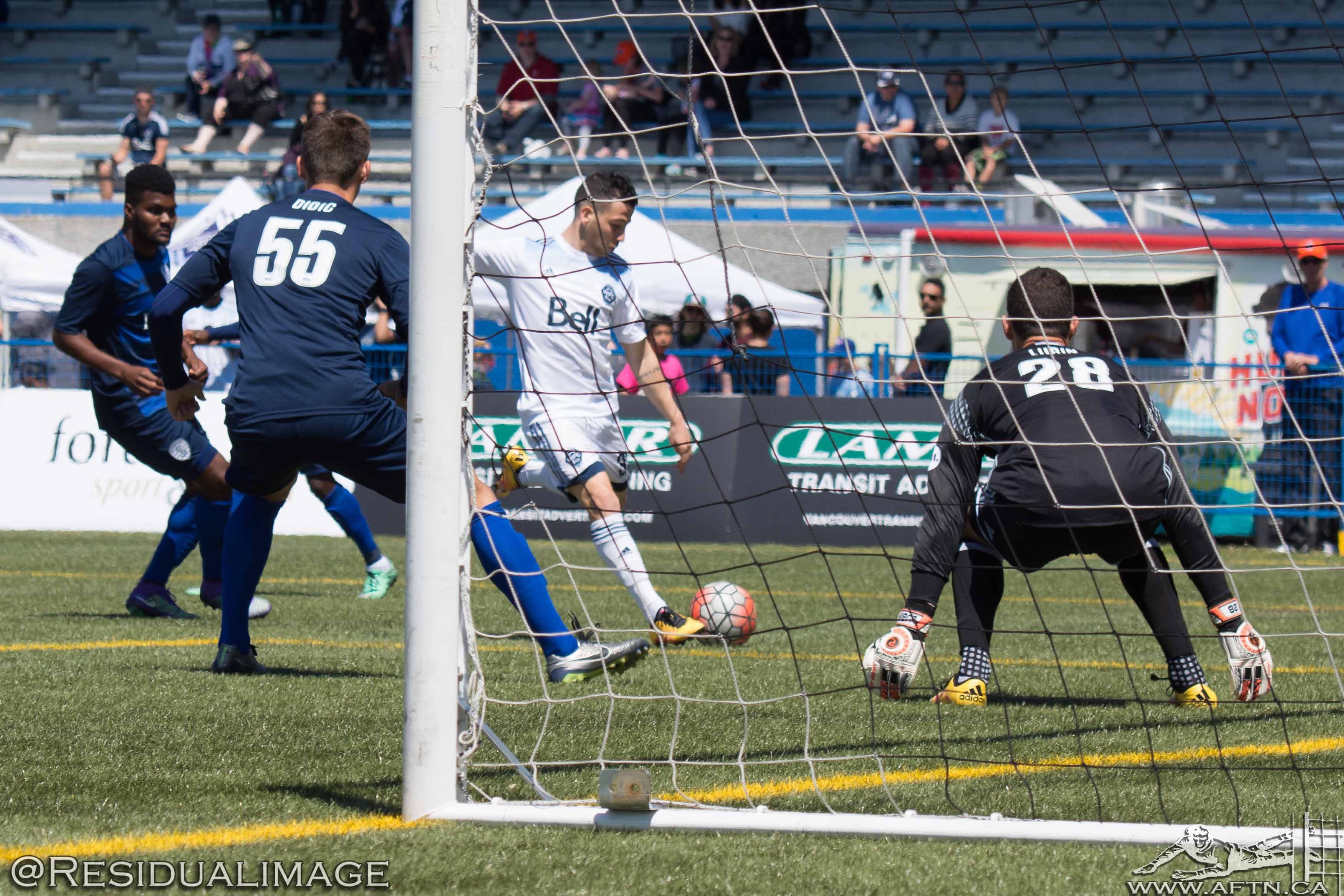 In the 4th minute, Brett Levis finds Marco Bustos in the box after some good build up play 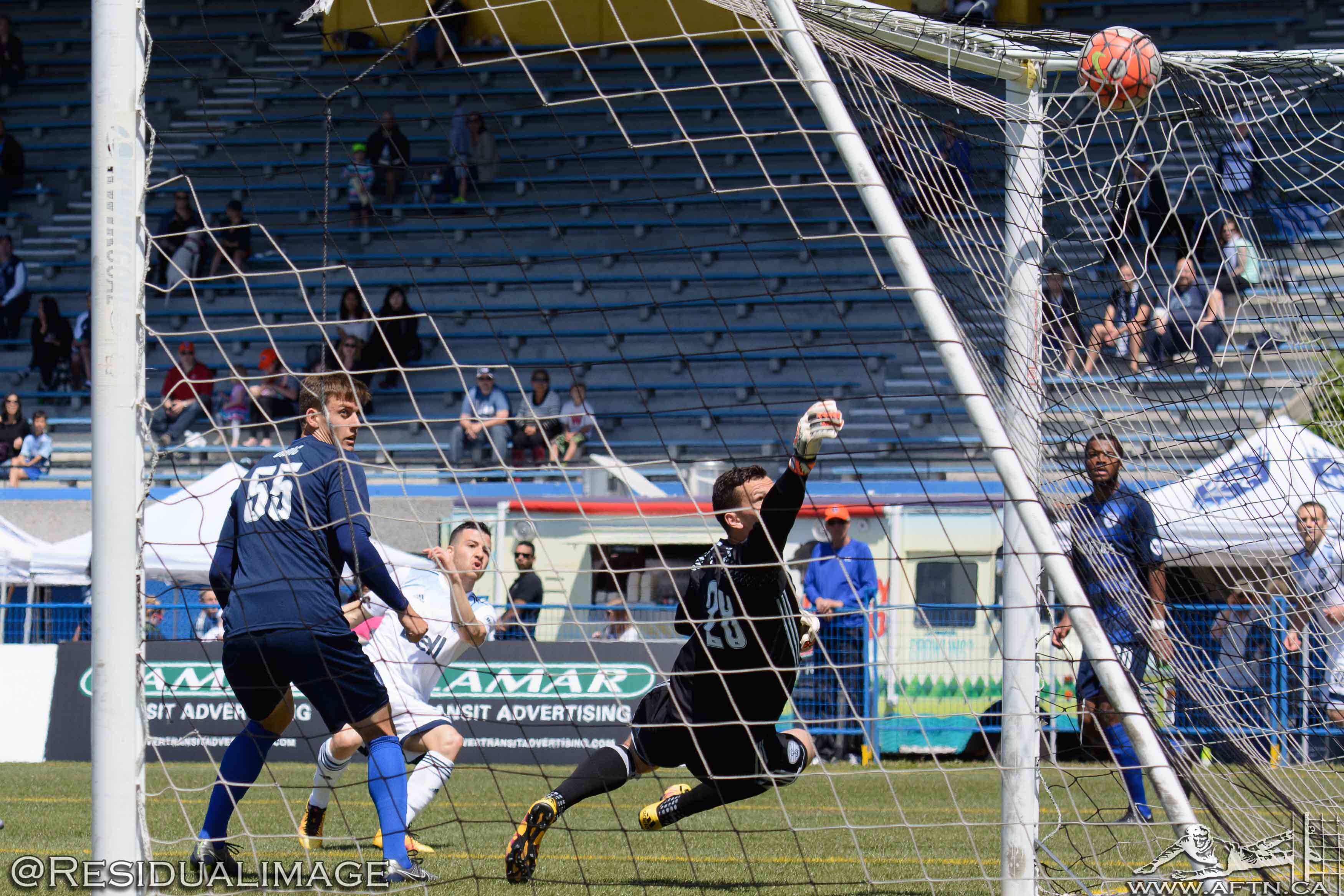 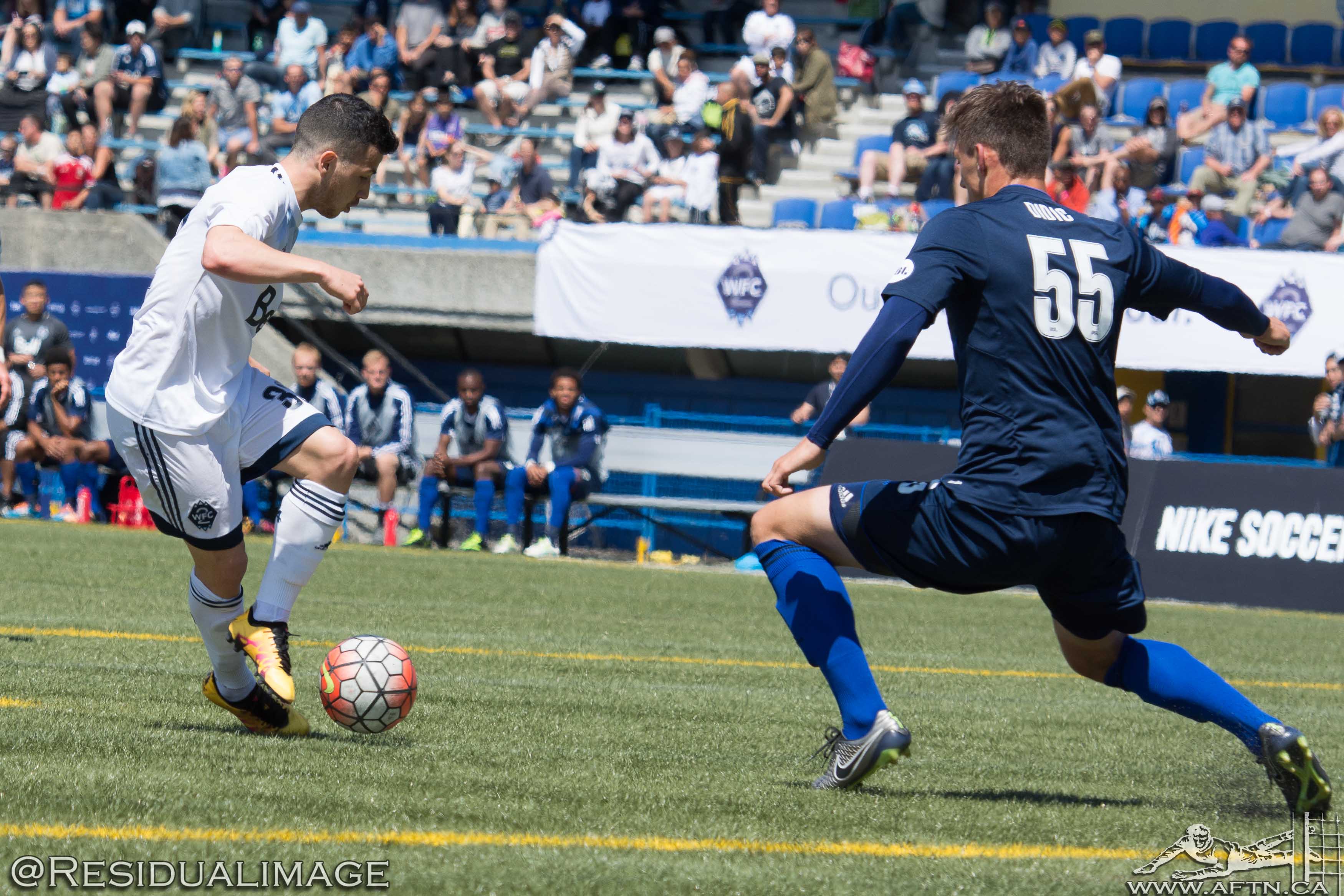 Bustos is in again in the 23rd minute 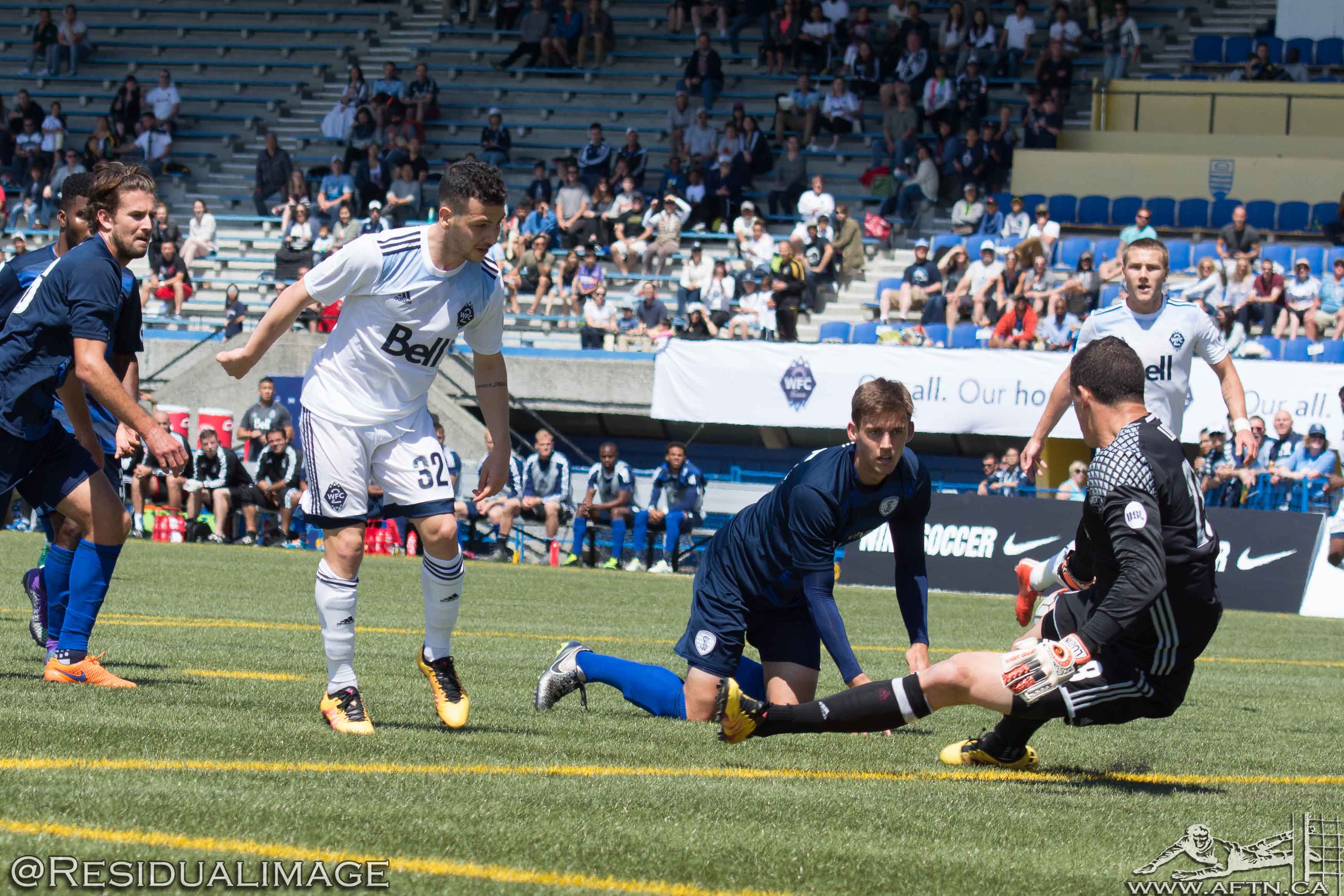 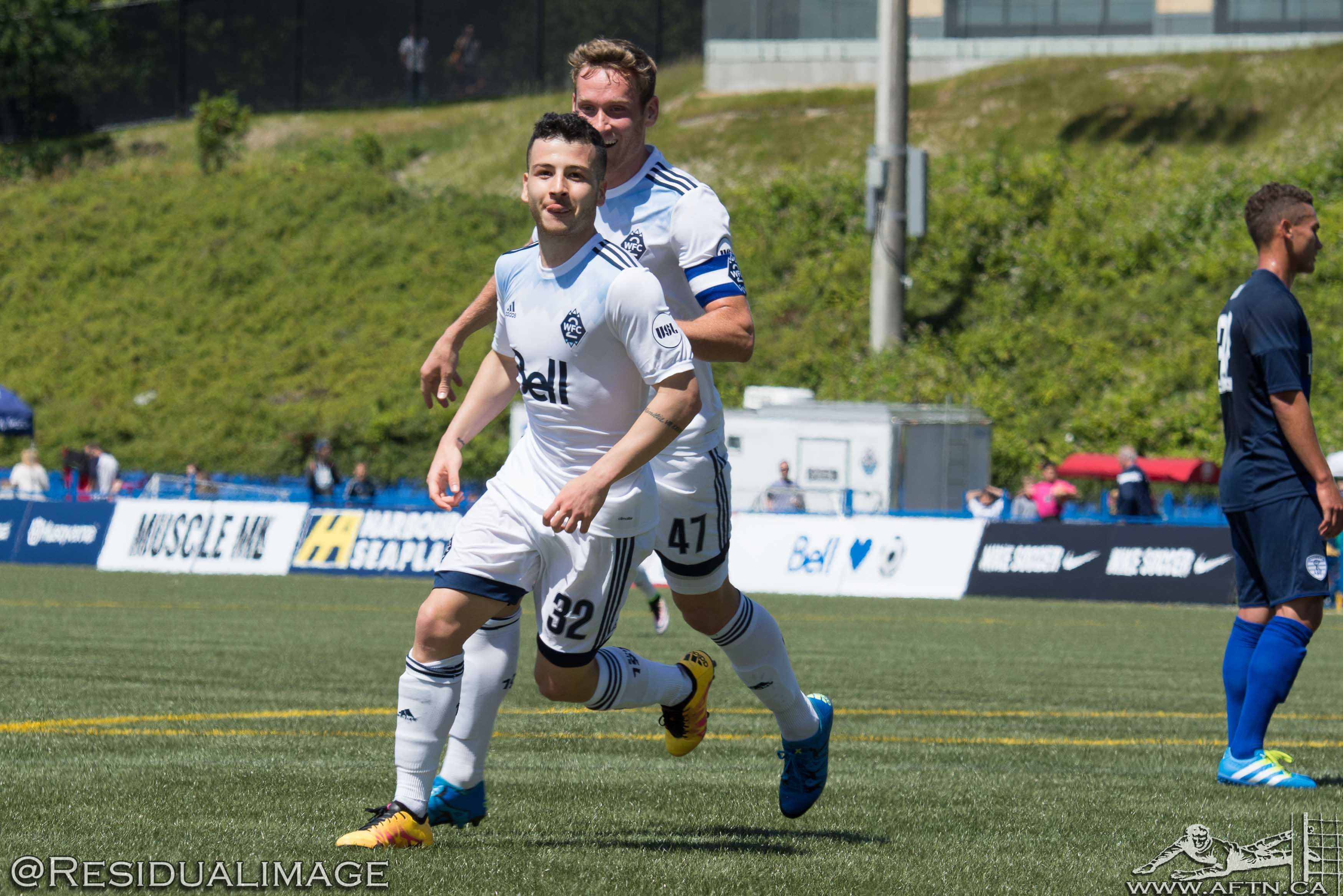 Always with an eye for the camera! 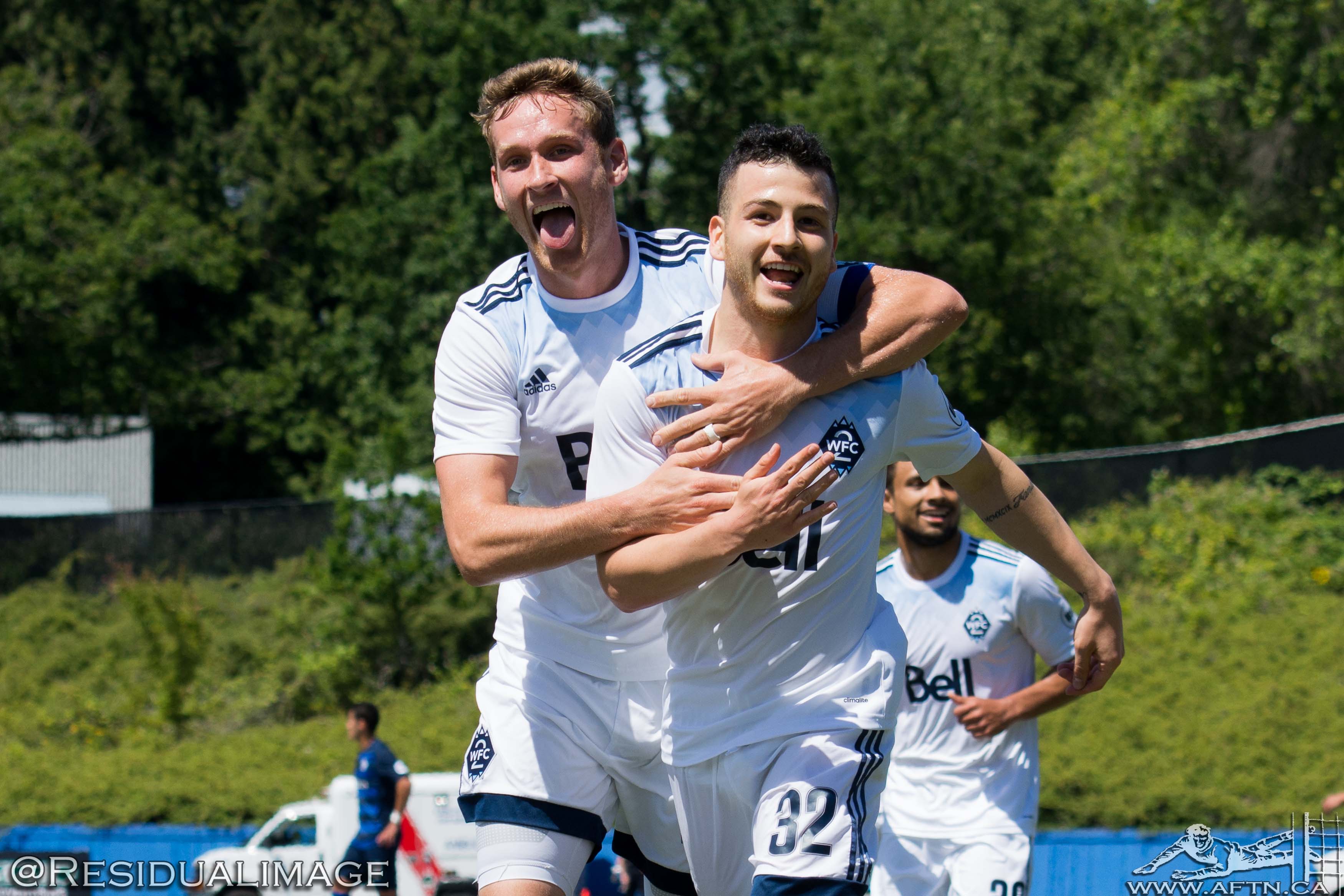 And Kyle Greig enjoyed the goal too 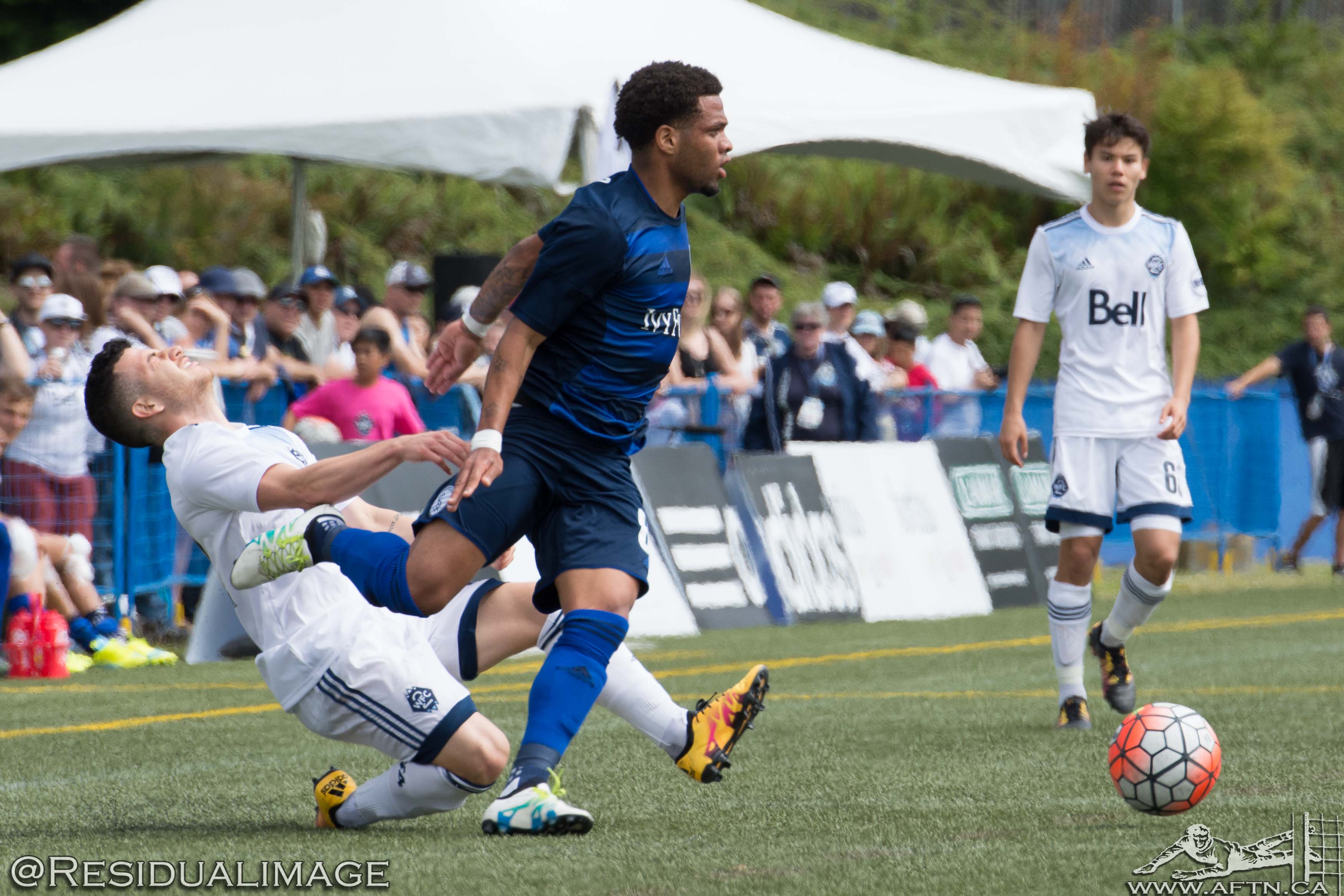 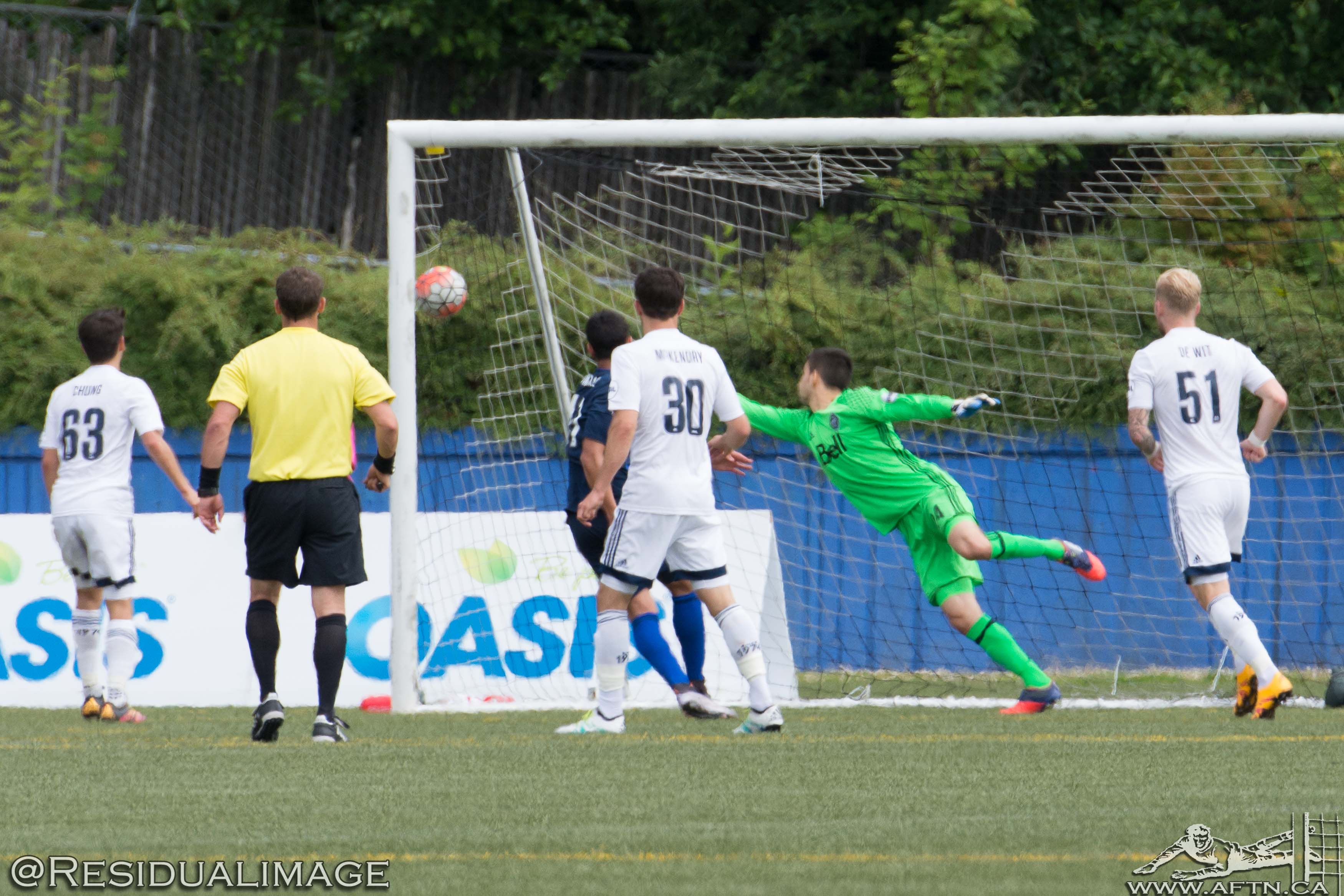 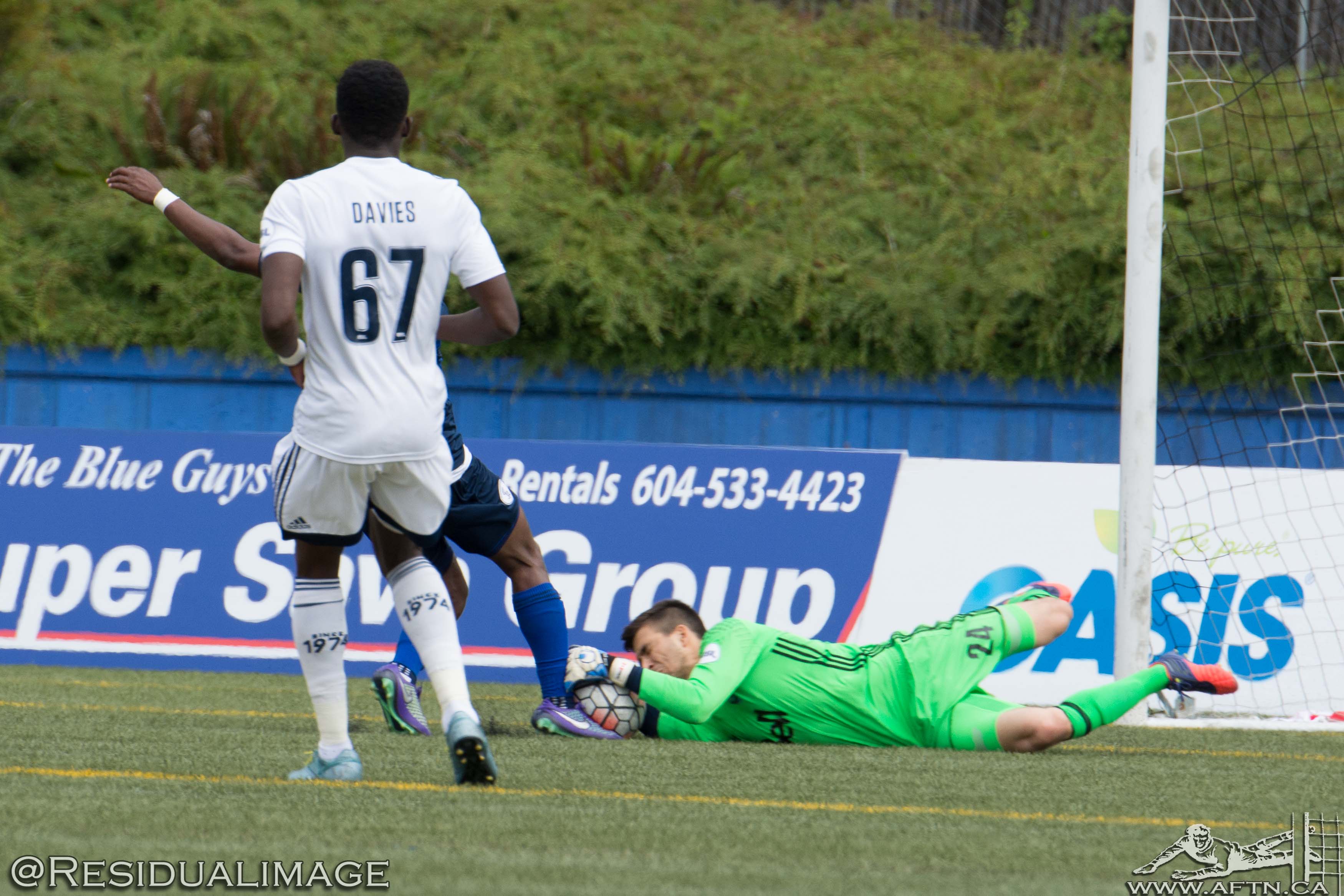 And Carducci is in the wars moments later, taking a late boot to the face and causing handbags amongst the players 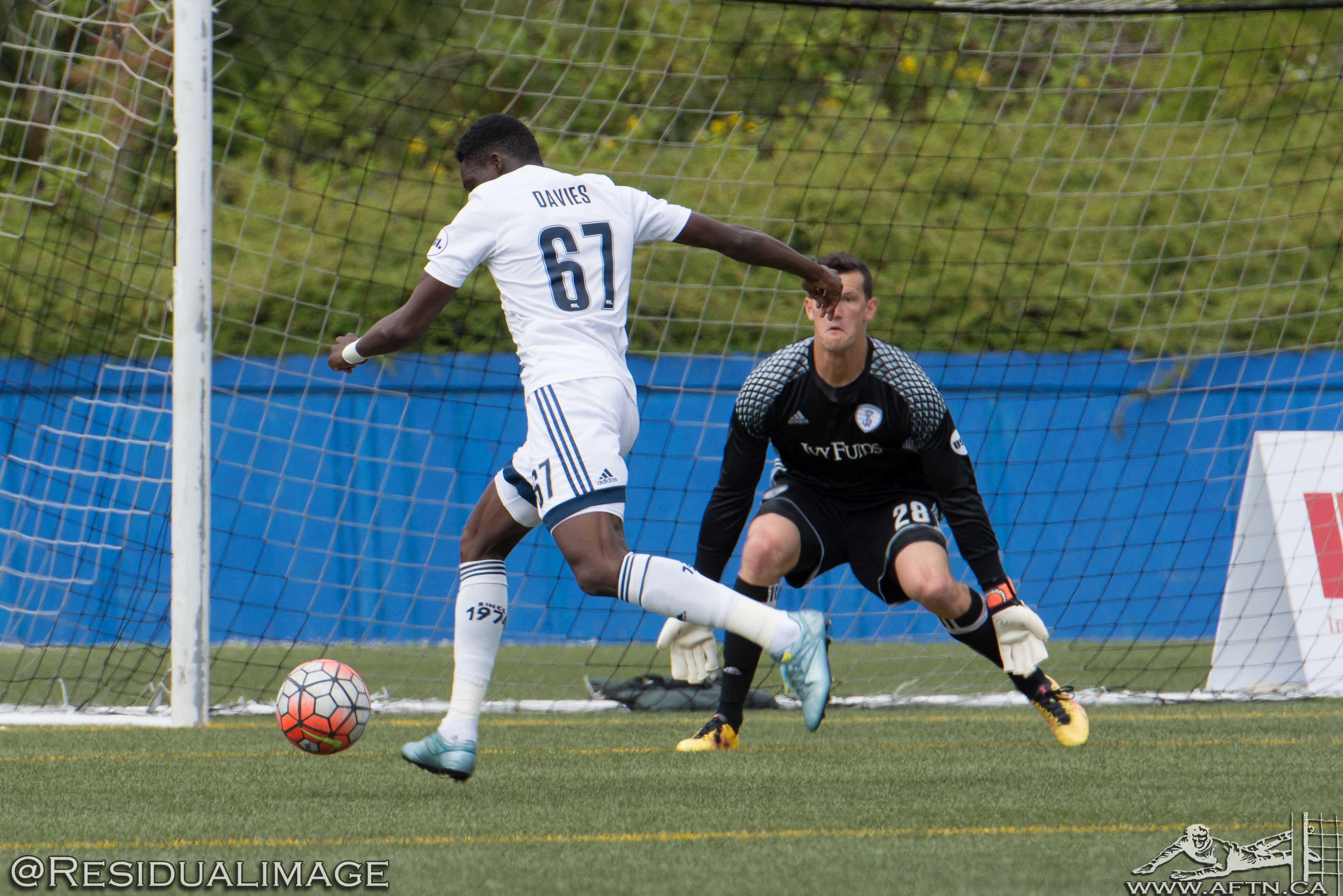 But with ten minutes remaining, substitute Alphonso Davies gets played in 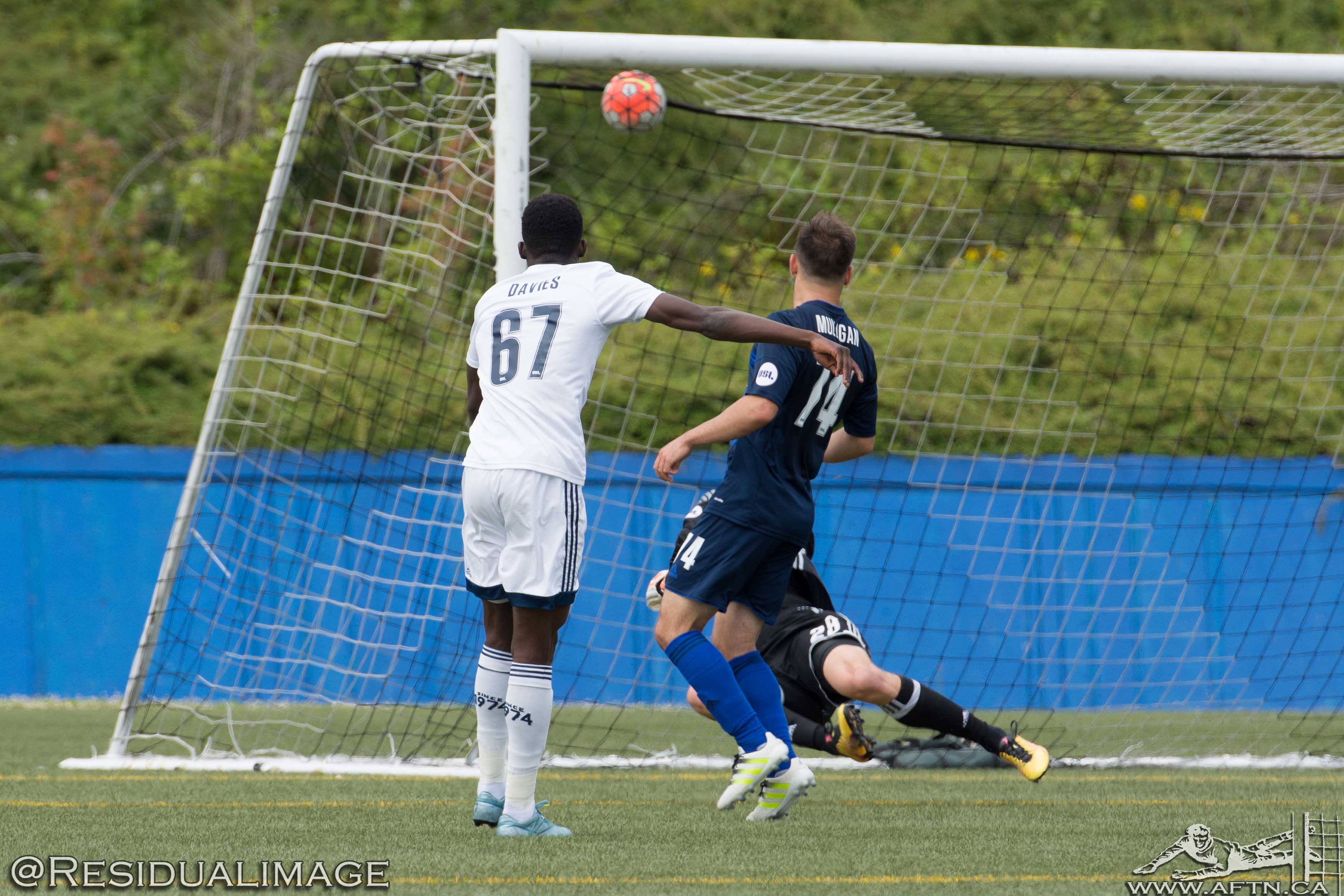 And fires a third Whitecaps goal high into the net 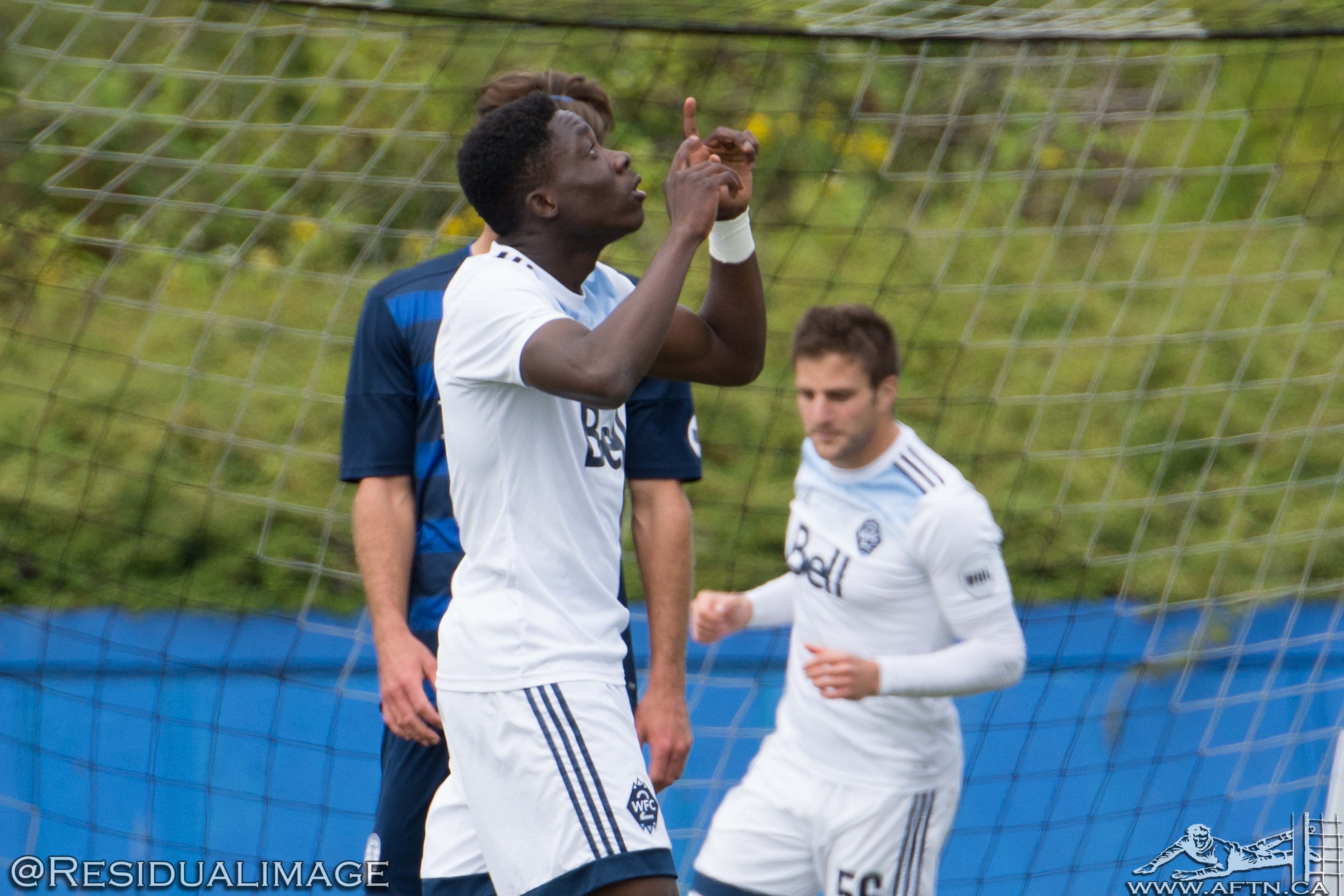 Quite the week for the teenager 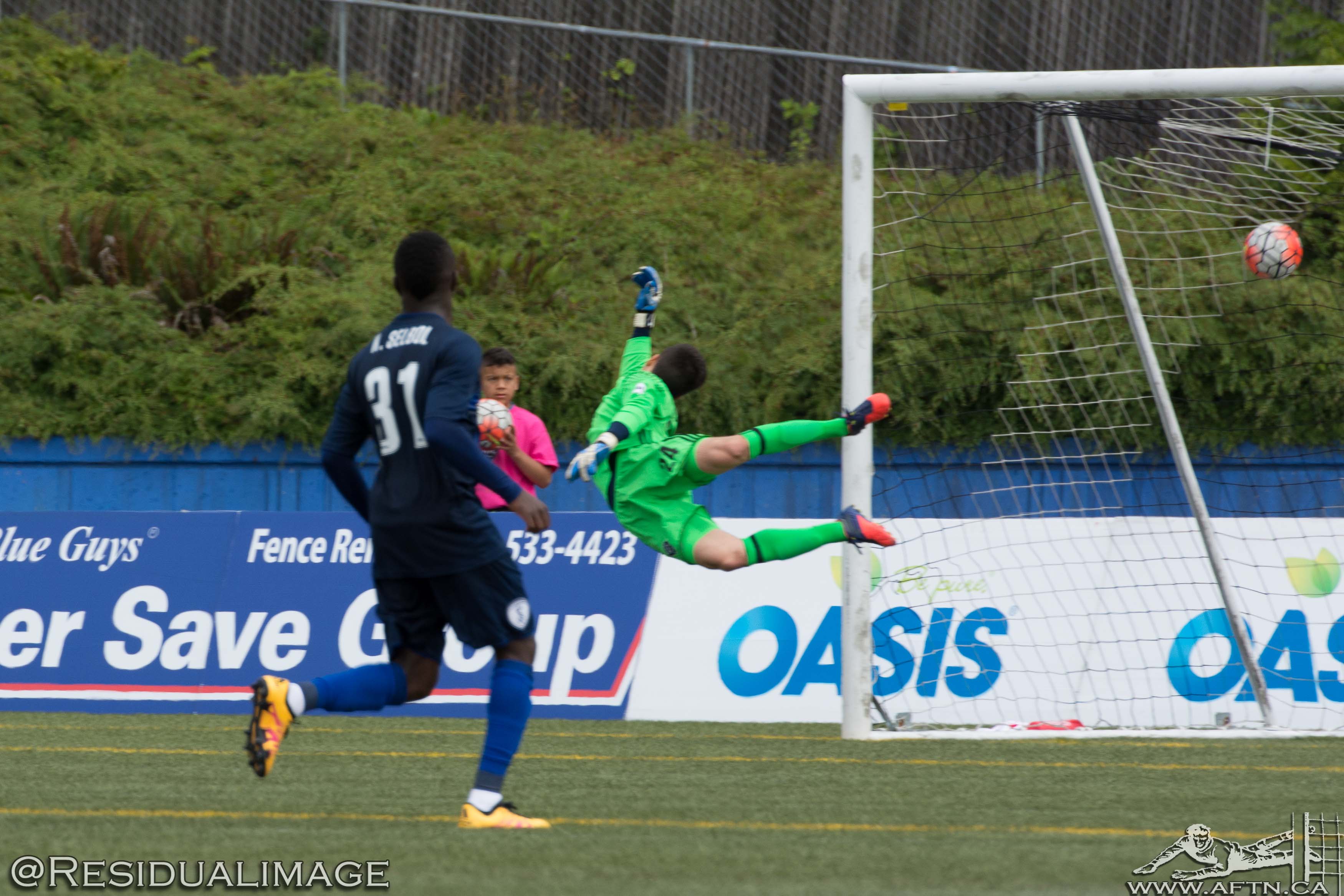 With the game seemingly over, Mark Anthony Gonzalez fires home a 25 yard golazo in the 86th minute – surely just a consolation effort 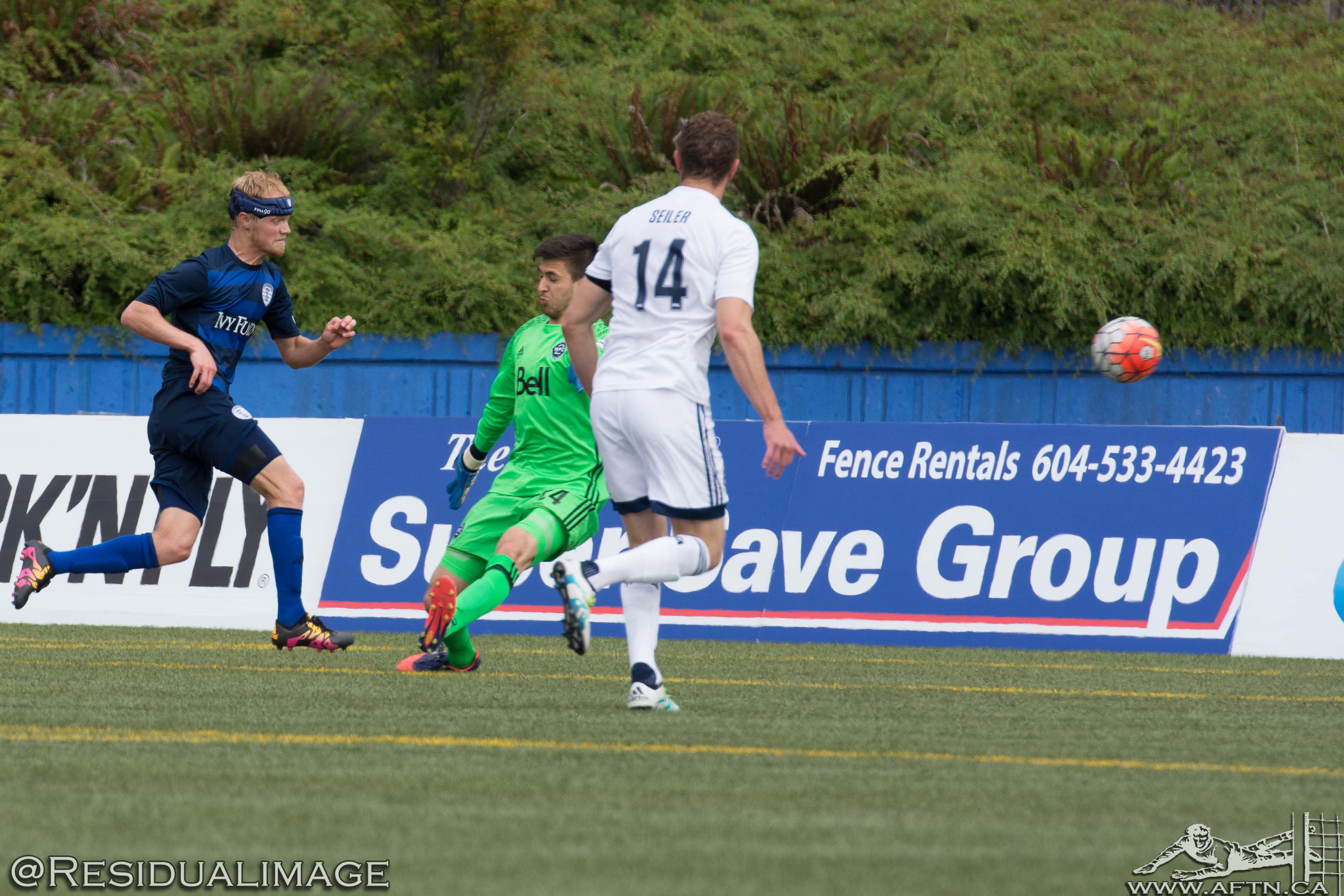 Or maybe not, as two minutes later Kris Tyrpak latches onto a long Tommy Meyer punt forward and fires a second Swope Park goal past Carducci 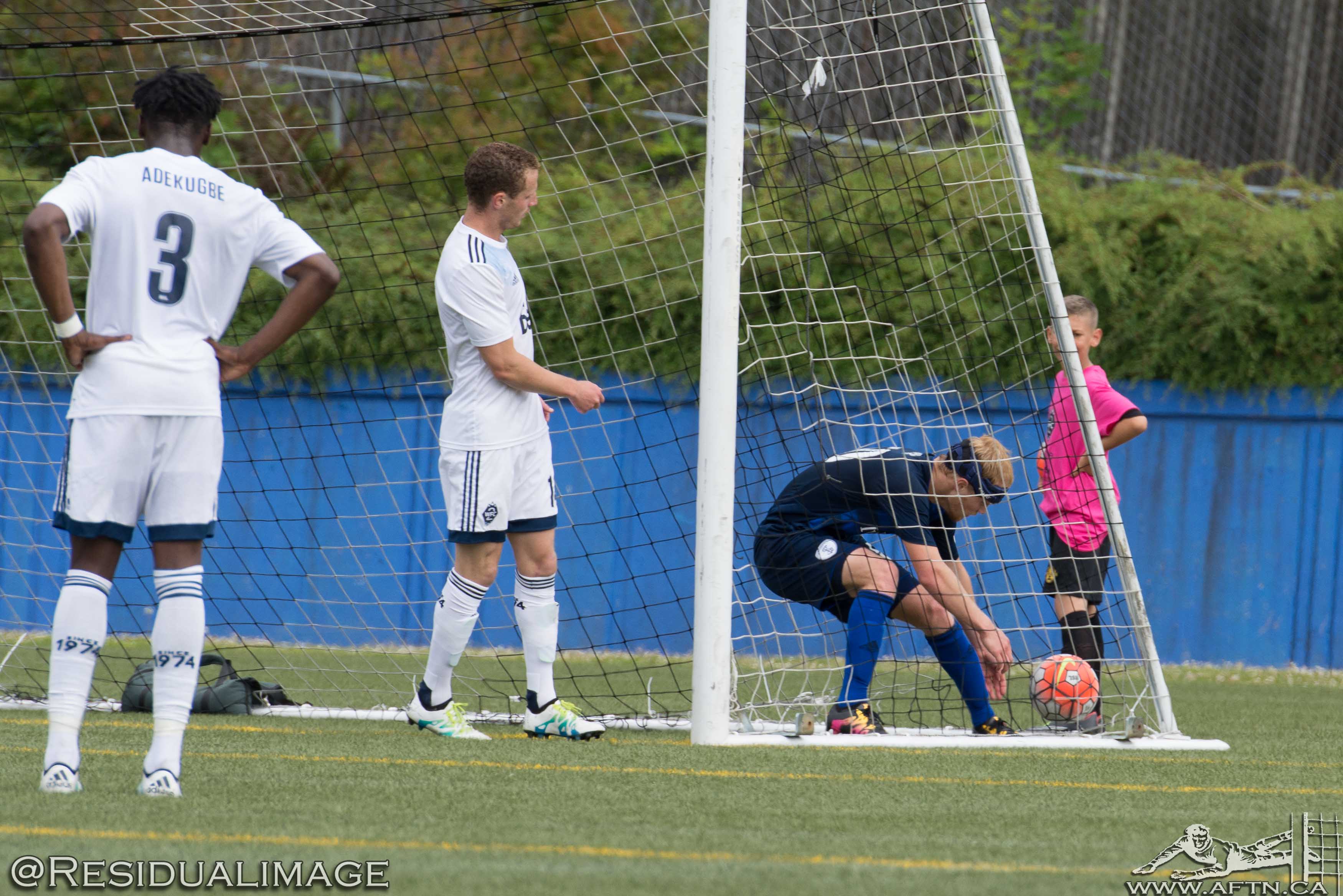 So from nowhere, game very much now on and a nervy final few minutes is in store for Whitecaps fans 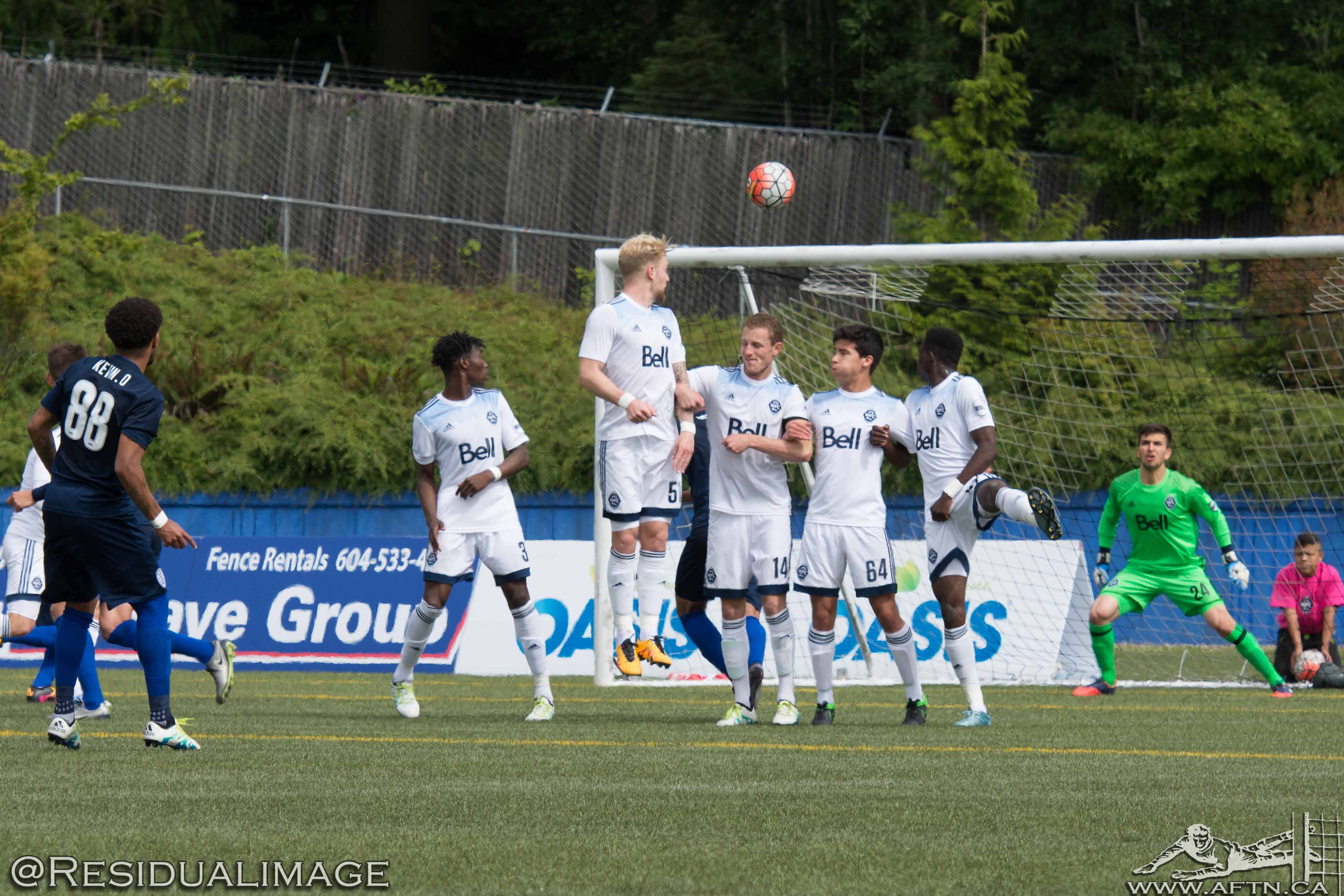 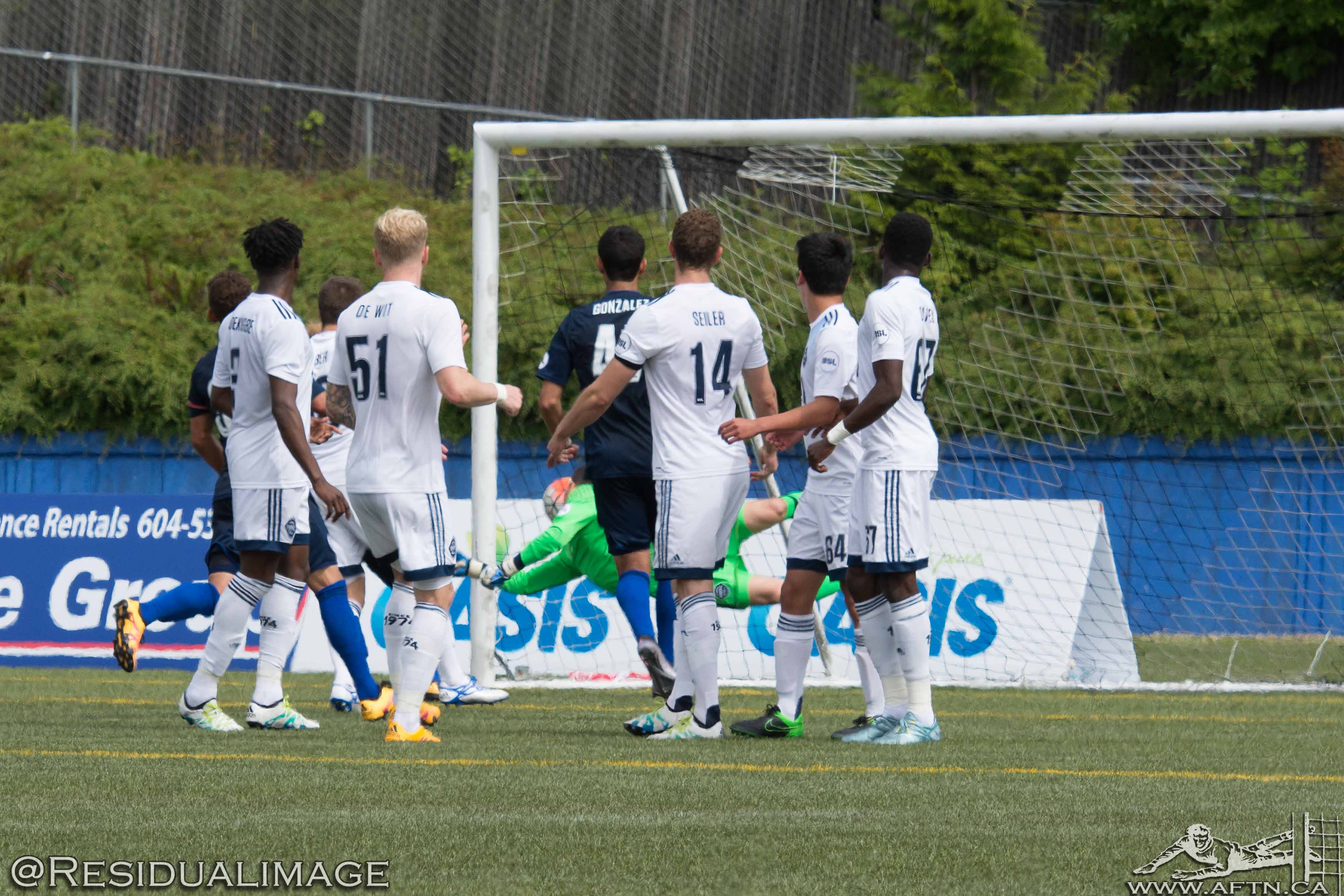 The joy of victory and the agony of defeat