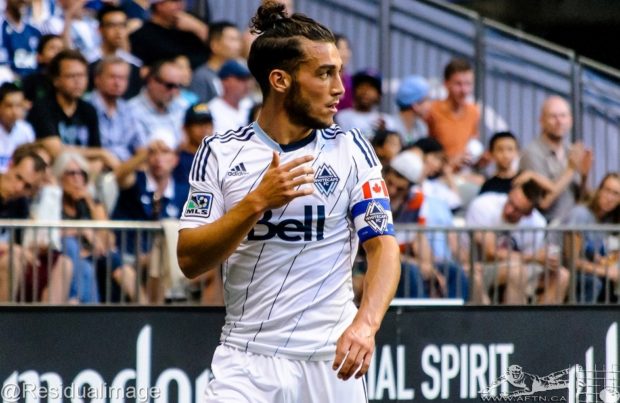 Yesterday’s joint announcement between Major League Soccer and the Canadian Soccer Association modifying “existing parameters that determine the international status of Canadian players on both US and Canadian based clubs”, wasn’t so much momentous, as a small token move that is a start but nowhere near the outcome that many within Canadian soccer are pushing for.

After years of being told by Don Garber and MLS bigwigs that as much as the league would love to help out Canadian players by counting them as domestics with American clubs, US labour laws meant that sadly they couldn’t. Even though USL does, but let’s not mention that. But now, miraculously, that doesn’t seem to matter, well, for the few. Baby steps by MLS, only 21 years after it began. These things take time you know!

Under the new rules announced on Wednesday, Canadian players that qualify as a Homegrown Player from being a member of a MLS club academy, or that have met similar requirements as a member of a Canadian approved Youth Club, will count as a domestic player for all MLS clubs, provided that:

(1) The player became a member of a MLS club academy or Canadian approved youth club in the year prior to the year in which he turns 16;

(2) The player signs his first professional contract with MLS or a MLS USL affiliate club.

Clear? Well kind of, but it does open up a number of further questions, the biggest one being what will the CSA and/or MLS class as a “Canadian approved youth club”? You would hope it’s the likes of FC Edmonton, Ontario’s Sigma FC, and Calgary Foothills, but we’ll see. They have to meet “specific standards in relation to competition, environment and coaching”, which is currently vague and it will be interesting to see which youth clubs they deem as qualifying.

Those involved can hail it all they want as a big move forward, but it really isn’t. It’s a small start, nothing more, that helps the Whitecaps as a club and just a few graduates from the Whitecaps Residency program a little down the road when the decision is made to move them on from Vancouver for whatever reasons.

Now you’ll notice two big omissions from that Whitecaps list – Kianz Froese and Ben McKendry. Froese was 16 when he joined the Whitecaps Residency in 2012, but the big head scratcher is McKendry.

McKendry has been part of the Whitecaps youth set up since he was a 14-year-old, but he played for the ‘Caps Prospects program at that point, along with being part of the CSA’s National Training Centre and the excellent TSS Academy in Richmond. He didn’t officially join the Residency program until he was 16, which takes him out of the qualifying criteria.

Absolutely ridiculous, but AFTN can confirm that MLS are reviewing to see if he qualifies and whether the ‘Caps can class their Prospects program as part of their academy. Nothing is simple in MLS.

When a new initiative is introduced and it’s only benefitting nine players right now, it’s hard to see how that makes for any immediate impact for the Canadian teams or Canadian players.

From a Whitecaps perspective, WFC2 players like Matthew Baldisimo, Terran Campbell, Kadin Chung, and Tommy Gardner would qualify if they sign MLS contracts, as will all the future players graduating from the Residency program, as long as they joined it before the age of 16.

Going to college will not impact the qualification criteria, so the likes of David Norman would also be eligible if he signs for the ‘Caps after his time down with Oregon State. Plus there is a new ruling allowing Canadian homegrowns and college players to become Generation Adidas players and they could be taken in the draft by any US club if their rights are not maintained.

What this does mean for these players is that they have a lot more MLS opportunities available to them than just playing in Vancouver, Toronto, and Montreal moving forward, and that might give them some leverage in terms of salaries instead just having to take a minimum MLS deal on the table to them.

A player like Callum Irving is a prime example of someone this will help. He was highly rated heading into last season’s SuperDraft. The ‘Caps waived their homegrown rights on him to allow him to go to a club not so stacked with goalkeepers, but he wasn’t selected in any of the four rounds. The prime reasons being he was on a guaranteed MLS deal and if taken by a US club, he’d have taken up an international spot. American clubs are not going to waste a spot on an untested college ‘keeper.

It will also mean that if players are unable to get the playing time they need or are out of favour at their chosen club, then they can be traded to a lot more places instead of moving on and dropping down to USL or NASL levels.

This should afford the Whitecaps an excellent chance to move on someone like Russell Teibert, who commands a ridiculous salary in Vancouver (as we’ve discussed many times before). Now they can cut him or trade him with a lot more options available as to where he can end up.

How all of this will affect Canadian players going forward remains to be seen. It’s unlikely to do much for the Canadian game for a good few years and is more lip service than really addressing the issue.

Look at a player like David Edgar. He made the move to the UK at 14 and was in a much better footballing environment at Newcastle United and in the Premier League than if he stayed in Canada. Yet he would not qualify as a domestic under these rules on any US team.

It’s the older players that lose out. If they want to come back to North America and play in MLS, their options will be limited unless clubs want to use an international spot on them.

One rule for one, and another for others. That’s how it always is in MLS of course.