The Kickstarter funding drive for the documentary finished last Monday, which probably led to a huge sigh of relief on Twitter from those people who were fed up hearing about the project!

It was a staggering success story. 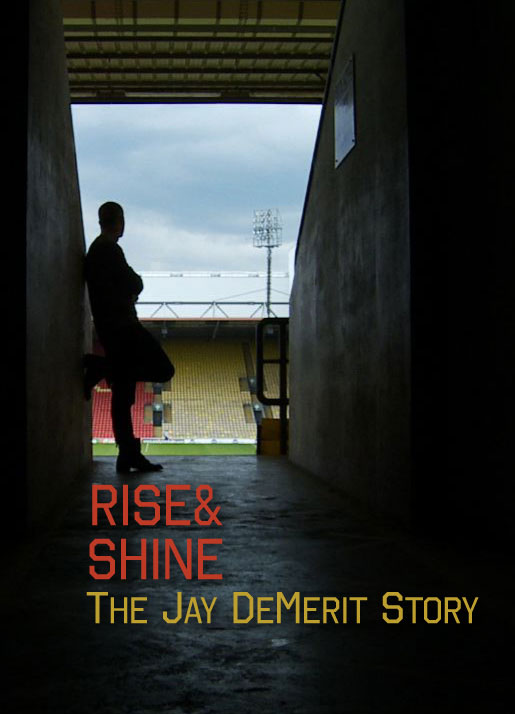 1,937 backers pledged $223,422 to help get the movie out there to as wide an audience as possible, so expect to see DVD’s of the film on all good shelves by the fall, and some cinemas too.

When we first championed the film back in March, we knew it was a great story and one that deserved to be seen by a global audience.

Never in our wildest thoughts (and we have far fetched ones here at AFTN) did we expect that the film would capture the imagination of football fans on both sides of the Atlantic the way it did. The funding came in from all walks of life.

Some of the tales of the pledgers, were as heartfelt and as inspiring as Jay’s story itself.

From kids giving their pocket money and proceeds from yard sales; to footballers who see hope in their own personal stories; to servicemen in Afghanistan; to the rich and famous like Weezer singer Rivers Cuomo.

One of my particular favourite stories came at the end of the fundraising drive from a guy that used to play football but gave it up to concentrate on track, before getting an ankle injury.

Inspired by the film and the never give up on your dream message it gets across, he went to his college team’s open tryouts and made it into their squad. His own footballing dreams were back on track thanks to the inspiration from the film.

AFTN caught up with Jay last week and talked a little bit about the movie and the reaction it’s received.

We started by asking him how he felt now that the film had met the funding threshold:

“Amazed. Absolutely amazed how it all came together. It’s amazing how a group of people can pull together for a cause like that, to make something happen.

A near quarter of a million dollars isn’t exactly a short amount of change. People I don’t even know were rallying for the cause. To see that happen and to see that goal be achieved is amazing for everyone that was involved.”

So now that the funding is there, how soon does Jay hope that people will now get to see the film in the final edit?

“We’re hoping in a couple of months. The guys, in preparation for hopefully hitting the target, have had conversations already about if we did make the target, how would be go about doing it.

So it’s hopefully going to be a pretty quick turnaround, not only because we want to keep the people that were involved involved and get them their copy of the DVD because they deserve it.

We’re hoping a couple of months, to get it professionally edited, to get the new footage, to get it all together and then get the pros to clean it up. So hopefully by fallish time, we’ll hopefully have a finished product and get it out there”.

The film-makers have already started to work on getting the licensing for the footage that they need. This takes time, as does the final editing, but things are moving well.

One of the key aspects is how the final film will be distributed. It’s already getting critical success at a number of film festivals and sold-out screenings, and the producers would like to explore getting it out there to a mainstream audience, and not just a football one.

Being a real-life, feel good, success story of grit and determination against the odds, it definitely should have wider appeal.

Independent cinemas are being sought to show the film in big screen glory and there may even be a tour of the final film for the cities that have supported it the most.

We’ll keep you posted on AFTN of all the latest developments.

Everyone who got the film made and helped with the funding deserves a huge pat on the back. It’s just a case now of sitting back and waiting for that final dvd to drop through my letterbox in a few months time.

Hopefully next year we can see a re-edited version to include Jay lifting the MLS Cup for the Whitecaps.

Hey, we all have our dreams…