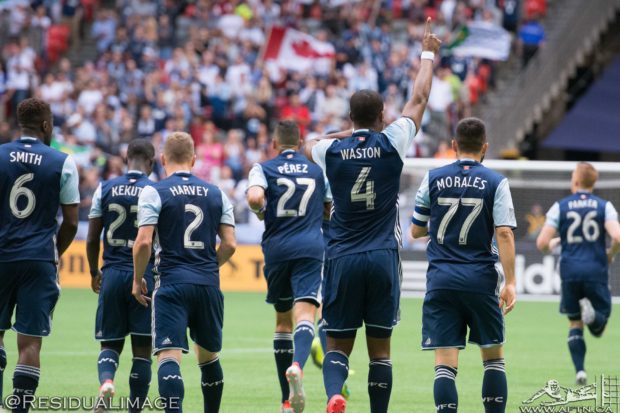 Atlanta United will have the first selection in the 2016 MLS Expansion Draft, which takes place on Tuesday December 13th.

In the battle of the United’s, Atlanta won yesterday’s coin toss with Minnesota, giving them the choice of having first selection in the Expansion Draft or next year’s SuperDraft. With an eye to adding some MLS experience to their inaugural roster, Atlanta went with the expansion option.

A good decision? If years past are an indication, if you correctly do your homework then you can end up with some decent squad players that will stick around and make valuable contributions. And those are lessons which may dictate just which players Carl Robinson decides he needs to protect this time around.

The last Expansion Draft came in 2014. Only one of Orlando City’s ten selections is still with the club – Pedro Ribeiro. The Brazilian was Orlando’s fourth overall pick, going on to make 18 appearances for the Lions in their debut season (eight of them starts) and contributing two goals and two assists. This year he made three appearances before suffering a season ending back injury that required surgery.

NYC didn’t do too bad with their second pick of Khiry Shelton in the SuperDraft. He’s made 38 appearances in the last two seasons, 20 of them starts, contributing four goals and 10 assists. But they really did their homework and picked well in the Expansion draft, with four of their ten selections still with the side two seasons in.

New York also picked two players with just one year’s experience under their belts – Tony Taylor and Tommy McNamara. Taylor has gone on to make 16 appearances, grabbing two goals and an assist, but McNamara has been the star Expansion Draft selection, hitting 10 goals and adding two assists in his 49 appearances.

Both expansion teams this time around can certainly bolster their squad with some serviceable selections, although each side is only allowed five picks this time around instead of the previous ten, making it all the more important to do the right homework.

Which bring us to the Whitecaps role in all of this. 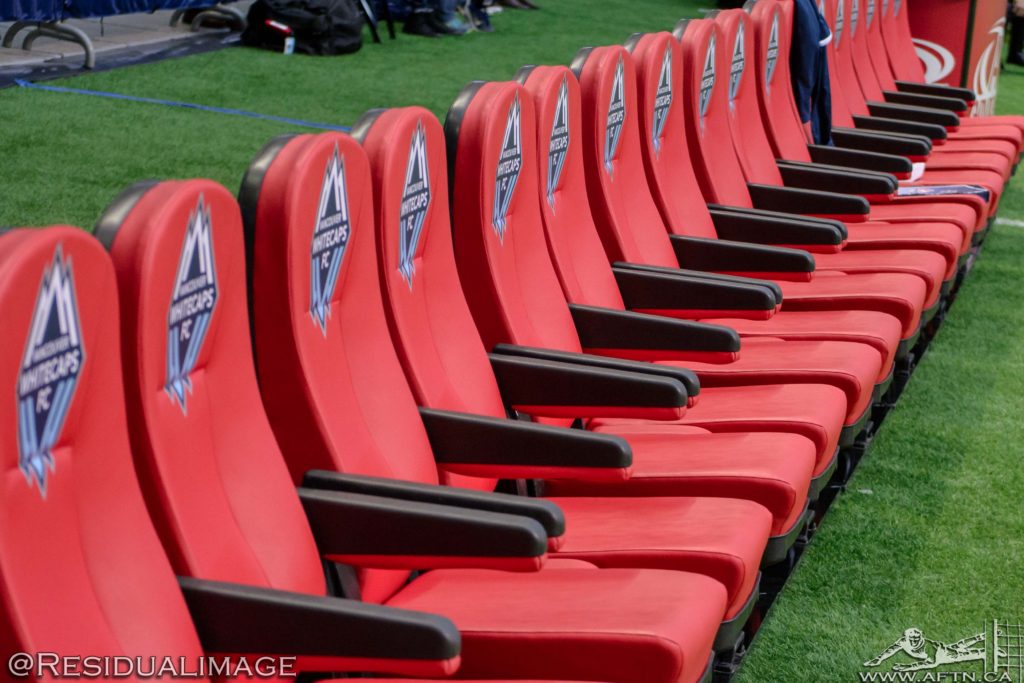 The ‘Caps can protect 11 players for the draft. All homegrown players and Generation Adidas players are exempt and don’t need to be protected, unless they have moved on up to Vancouver senior roster (ie: the top 20 players and no longer counting as off-budget in regards to the cap).

And that in itself raises some questions.

Christian Dean is still on a Generation Adidas contract. For now. If he will graduate from it at the end of this season then he won’t automatically be protected, but it’s unclear just what his status will be at the moment. He’s had three seasons under his belt in Vancouver, but isn’t a regular starter and this season was a wash out with injuries. He’s also on a high ticket, and if he comes off the GA contract, chances are that Vancouver will leave him unprotected in the hope that his salary and injuries will deter other teams from selecting him.

For the sake of this piece, we’re working on the basis that Dean will still be GA and will not need protecting. Homegrown Russell Teibert is also safe but is becoming borderline on-cap.

Vancouver can only lose a maximum of one player, but Robinson may have to protect a player that he plans to transfer or trade and end up losing a player he wants to keep around. It’s the risk you have to take.

The Whitecaps need to now put themselves into the mindset of Atlanta and Minnesota in choosing which players they decide to protect from the draft.

New York’s successes came with two experienced guys and two promising rookies. If the new teams pay attention to that and decide to follow the same path, then three Vancouver players that could be of interest are Jordan Harvey, Andrew Jacobson, Tim Parker and Cole Seiler. For that reason, expect to see the two experienced guys definitely protected.

As things stand, for us, these would be the 11 players we would protect (for various reasons):

We’ve listed the players positionally, but that’s actually not a bad core of starting 11, although a bit weird to be protecting so many defenders after a nightmare year at the back.

Now, that’s not to say that I necessarily want these players to be with the Whitecaps next season (we’ll cover that more in our annual ‘Keep, Trade, Release’ section later this week). Some players have value for trading within MLS or selling on outwith.

You also have to look at players’ salaries and status. High ticket guys, especially non-domestics, are unlikely to be taken. Atlanta and Minnesota are more likely to want to bring in their own guys. That’s why Pedro Morales is not being protected.

The same is true with Canadians (barring the rumoured rule changes), but Edgar’s experience and value to the ‘Caps makes him an anomaly here. Bolaños is another such anomaly. He’s my Player of the Year and I want to keep him around, so I’d protect him to make sure. That said it’s hard to see either United taking him at a guaranteed $253,500. But you never know and for me, it’s not worth the risk. I think Robbo will leave him unprotected though.

Seiler is dirt cheap at $51,500. He’s versatile, has already got MLS minutes under his belt and has done well. He’s still very much a work in progress but still has a lot of upside. Vancouver will not want to see the time and effort they’ve invested in him count for nothing.

Then we have Hurtado. No matter what we may have thought of him this season, he is serviceable, cheap, and has been scoring of late. He would be a cheap option for someone to draft, with MLS experience. An ideal squad player. It is almost guaranteed Robinson will protect him.

Do you leave the big salaries of internationals Kendall Waston and Matias Laba unprotected thinking no-one would touch them? Crazy as it sounds, I possibly would. I also wouldn’t be too upset not to see either of them back here next season, but more on that later this week.

Coming to the omissions from our list, let’s start with the Uruguayan duo of Cristian Techera and Nicolas Mezquida.

Techera has been a massive disappointment since signing a new contract then promptly arriving for preseason after his wedding looking out of shape. He’s been great in the CCL and as the leading scorer in that competition he has transfer value to clubs in Central and South America. I may be tempted to protect him for that very reason (claw back some transfer fee money), but at his guaranteed $345,000 salary it’s safe to leave him off as no way would either United touch him after the MLS season he’s had.

Many would protect Mezquida, and at $88,000 he is a cheap back up asset to have on a team. But he continually disappoints me as a starter and gives the ball away far too much. He was left unprotected two years ago and then promptly protected when Ballouchy was selected. As an international, I’d leave him unprotected again. If we lose him, no big loss really. He’s easily replaceable.

And talking of disappointing flops this season, the only other player I want to talk about is Giles Barnes.

The Jamaican international has not played well since coming to Vancouver. He also can’t seem to score outside of Houston and we can’t play our home games there!

His wage is insane – a guaranteed $756,250, which you can be sure the ‘Caps aren’t currently playing as he’s not a DP here. If Vancouver keep him around they either need to buy him down or make him a DP. Neither option is acceptable as far as I’m concerned.

That said, there’s been murmurs that the ‘Caps are wanting to not so much build a team around him, but have him as an important cog in their attack. If he’s available in the draft, there is an outside chance he would be selected for his experience, but the way he’s played here, his stock has surely fallen rapidly.

Some of the protected list is a given, some you expect Robinson to do, whether you agree or not, and there could be a few wild cards in there.

So these are our thoughts for Vancouver Whitecaps expansion draft plan. Agree? Disagree? Indifferent as the whole team sucks?! Let us know below!