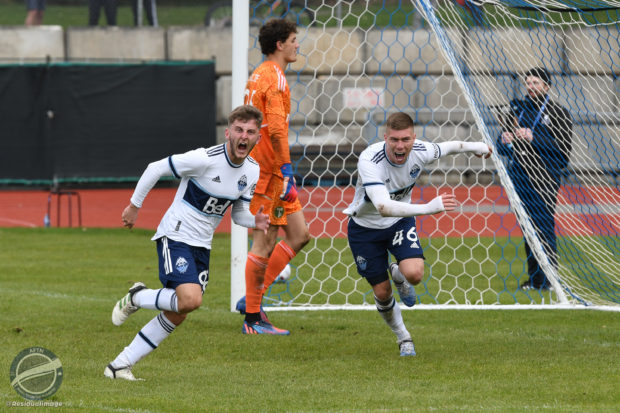 Memories of yesteryear were evoked when a Vancouver Whitecaps team took to the pitch at Swangard Stadium on Sunday afternoon as the newly revived WFC2 played their first home game of the MLS Next Pro season in a Cascadian derby against Timbers 2.

A crowd of around 1000 saw an action packed game that saw four goals and late drama as the ‘Caps scored a last ditch equaliser to make it 2-2 and send the game into a penalty shootout, only to lose 4-1 on spot kicks.

The Whitecaps dominated this one, outshooting their opponents 21 to 6, with eight on target to the Timbers three. But Portland took the lead a minute before half time against the run of play when Jamin Gogo Peters tucked the ball away.

The ‘Caps fought hard and got themselves back into in the 76th minute when Owen Antoniuk fired home a penalty after Emiliano Brienza had been fouled in the box.

Brienza then spurned a great opportunity to put Vancouver ahead, only for Portland to go up the pitch and retake the lead when Blake Bodily headed home.

But the young ‘Caps didn’t stop fighting and avoided bodily harm, at least in normal time, when an Antoniuk diving header five minutes into stoppage time send the game to penalties.

Gerardo Duran scored for Portland with their first kick, but Antoniuk missed for Vancouver and it soon went downhill quickly after that for WFC2. Selmir Miscic scored for the Timbers, but Brienza missed for the ‘Caps. Bodily then made it 3-0, before Fry got Vancouver’s first on the board. That left it up to Justin Rasmussen to seal the deal for Portland, which he duly did.

A disappointing end to an entertaining game, but the fight and spirit shown from the Whitecaps should serve them well this season.

And of course, it was just great to be back out at Swangard cheering on the ‘Caps.

A good crowd came out as the Whitecaps returned to Swangard 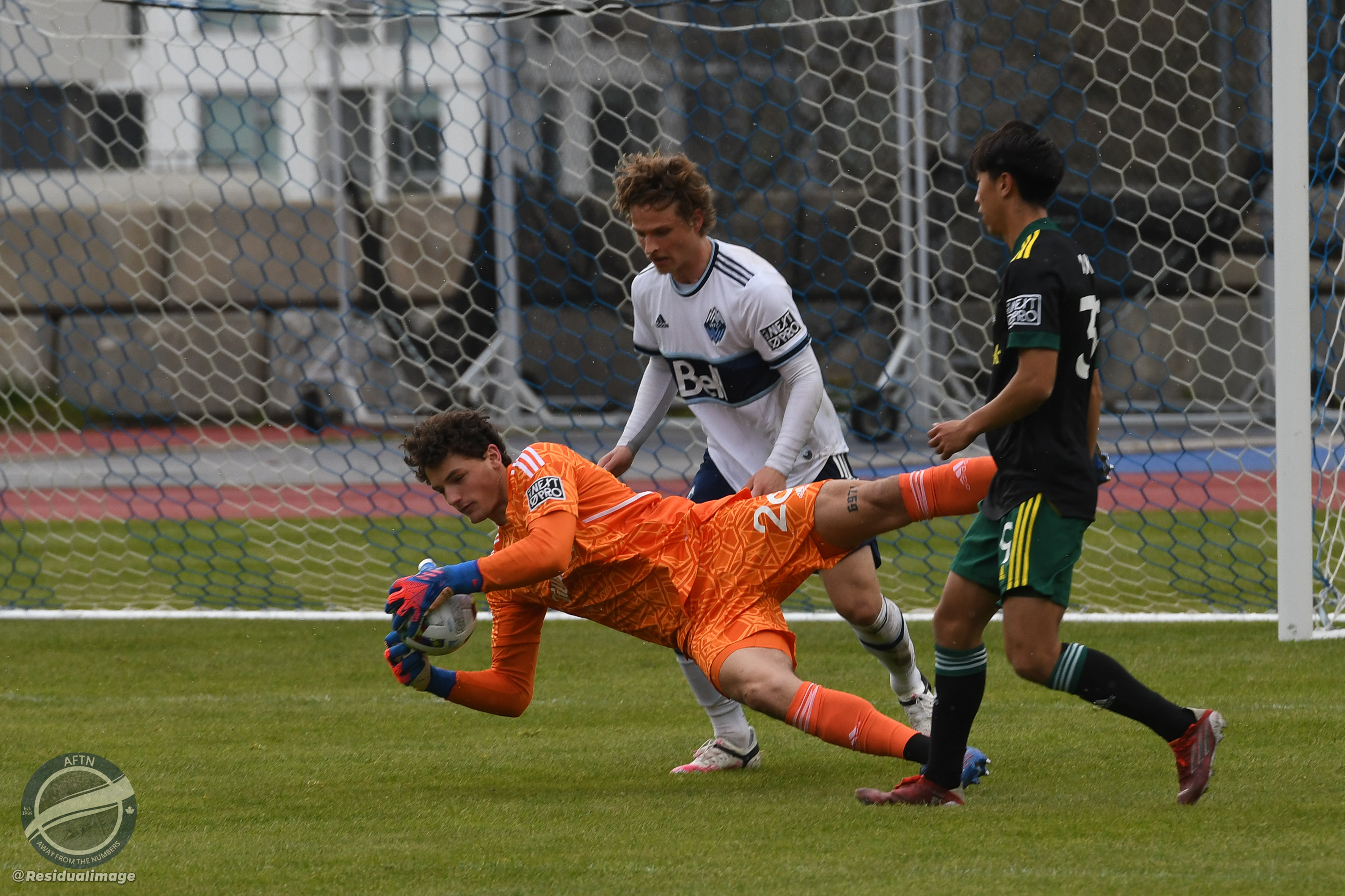 Despite lots of early pressure, the ‘Caps couldn’t find a way past Timbers keeper Hunter Sulte 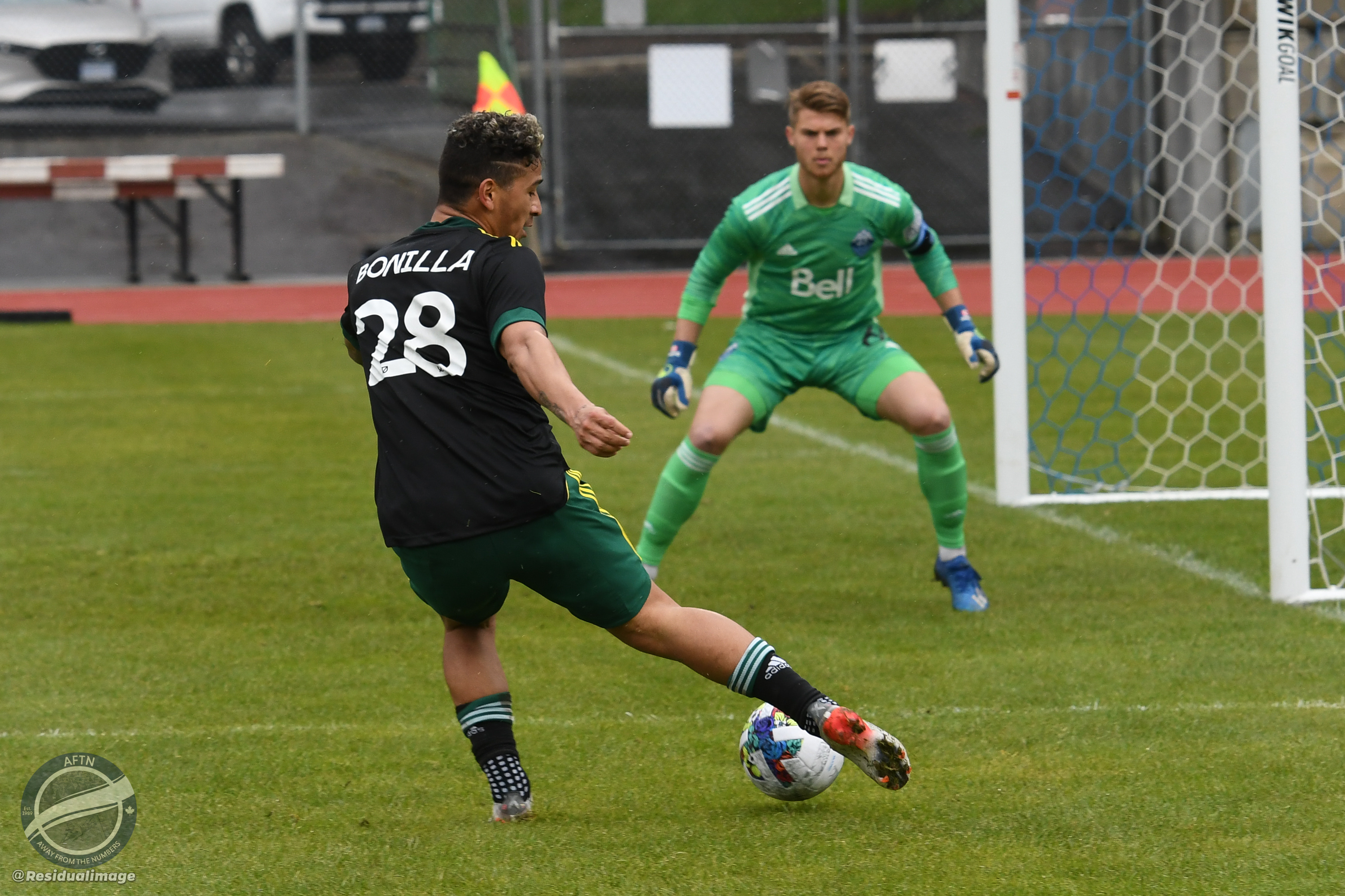 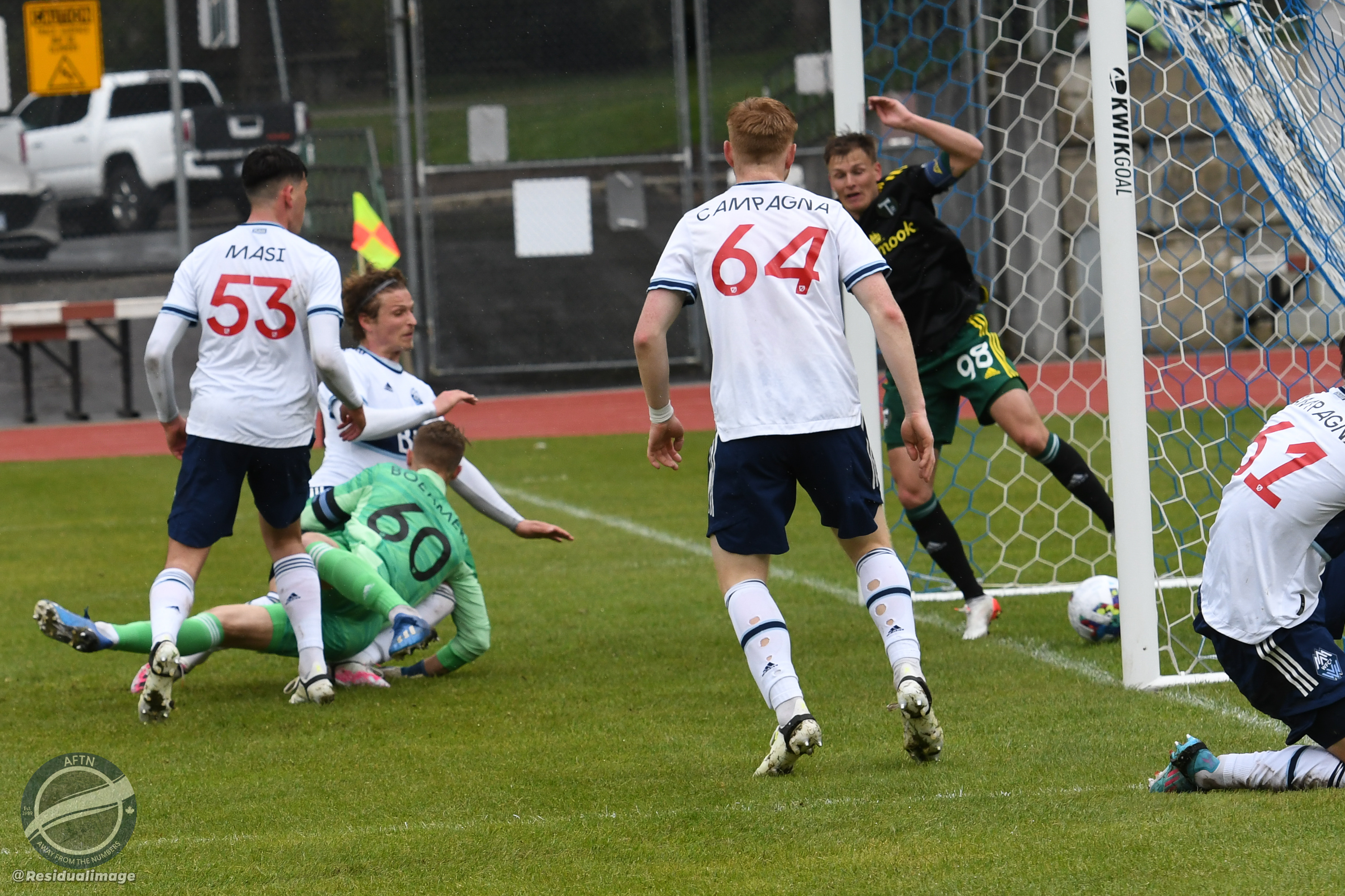 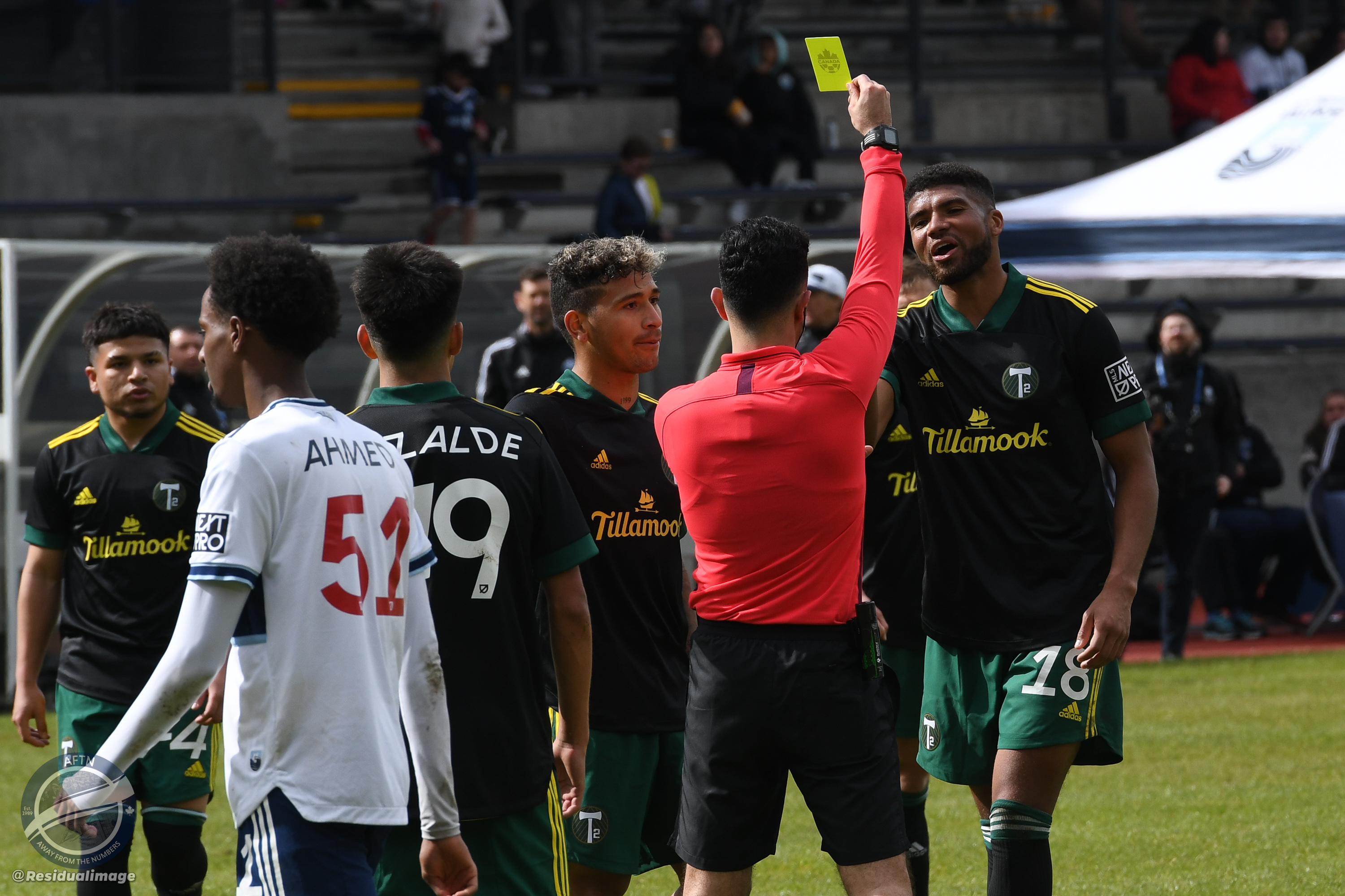 Owen Antoniuk stepped up to take the penalty 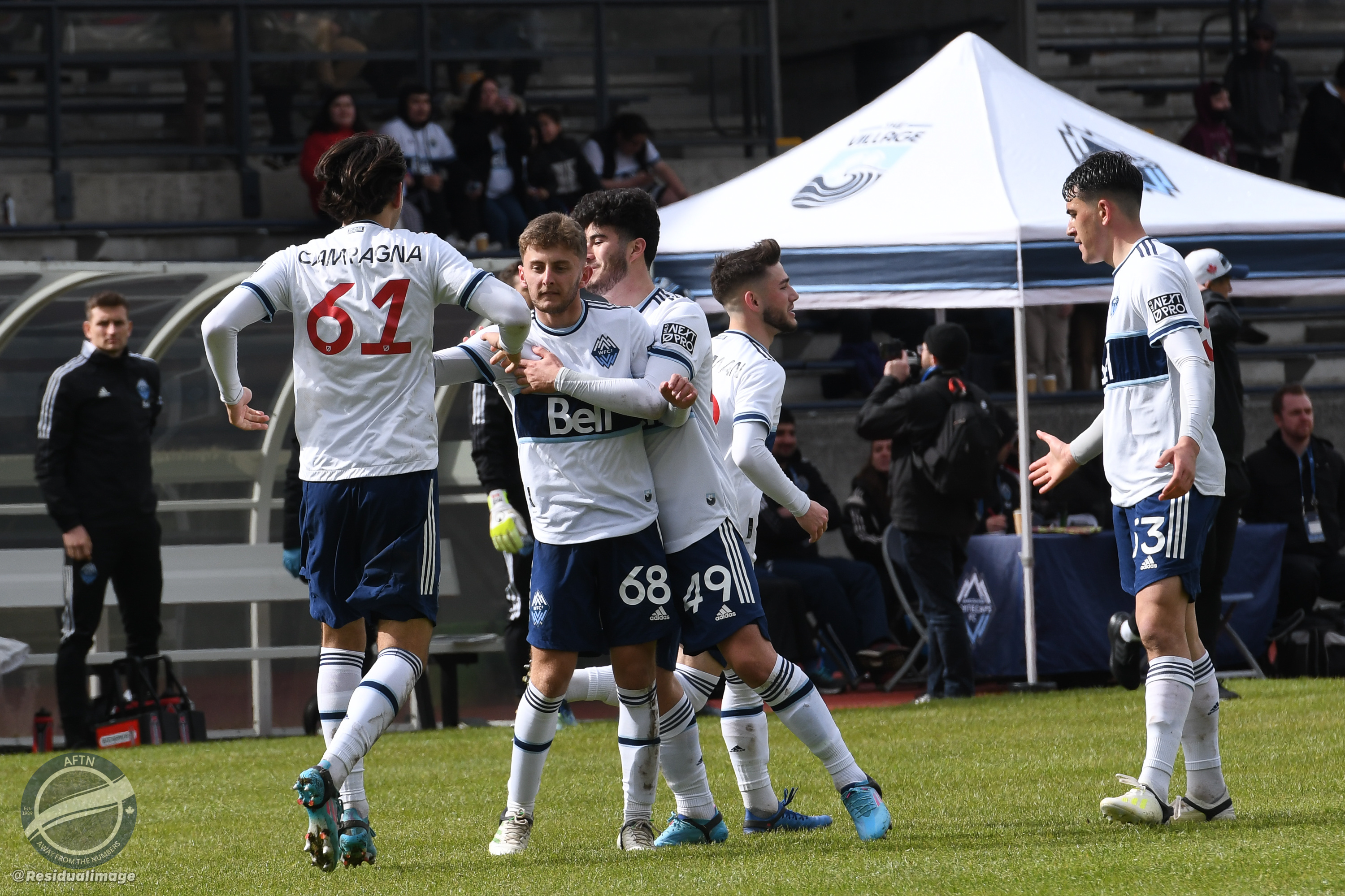 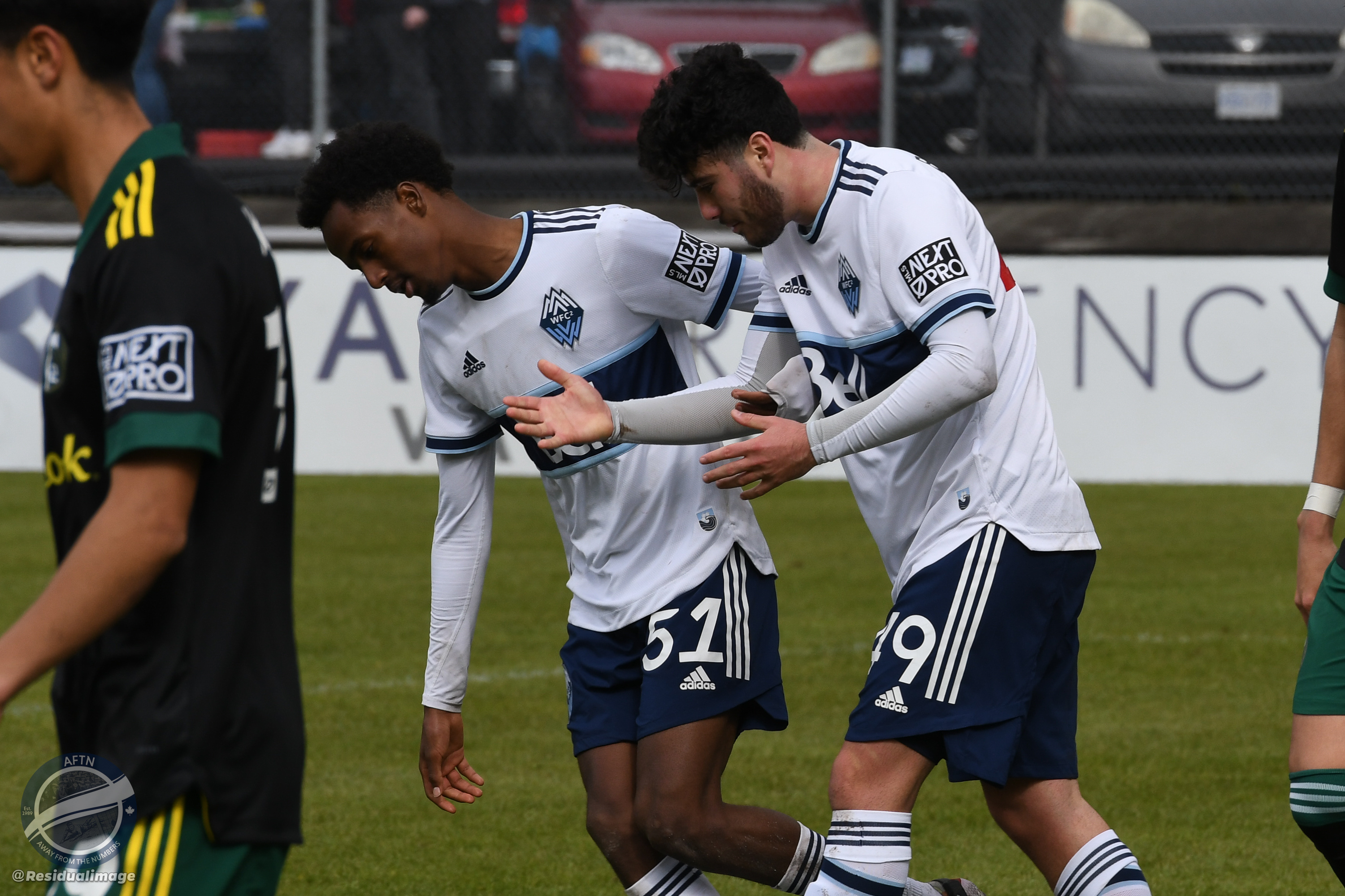 WFC2 launched everything at a late comeback 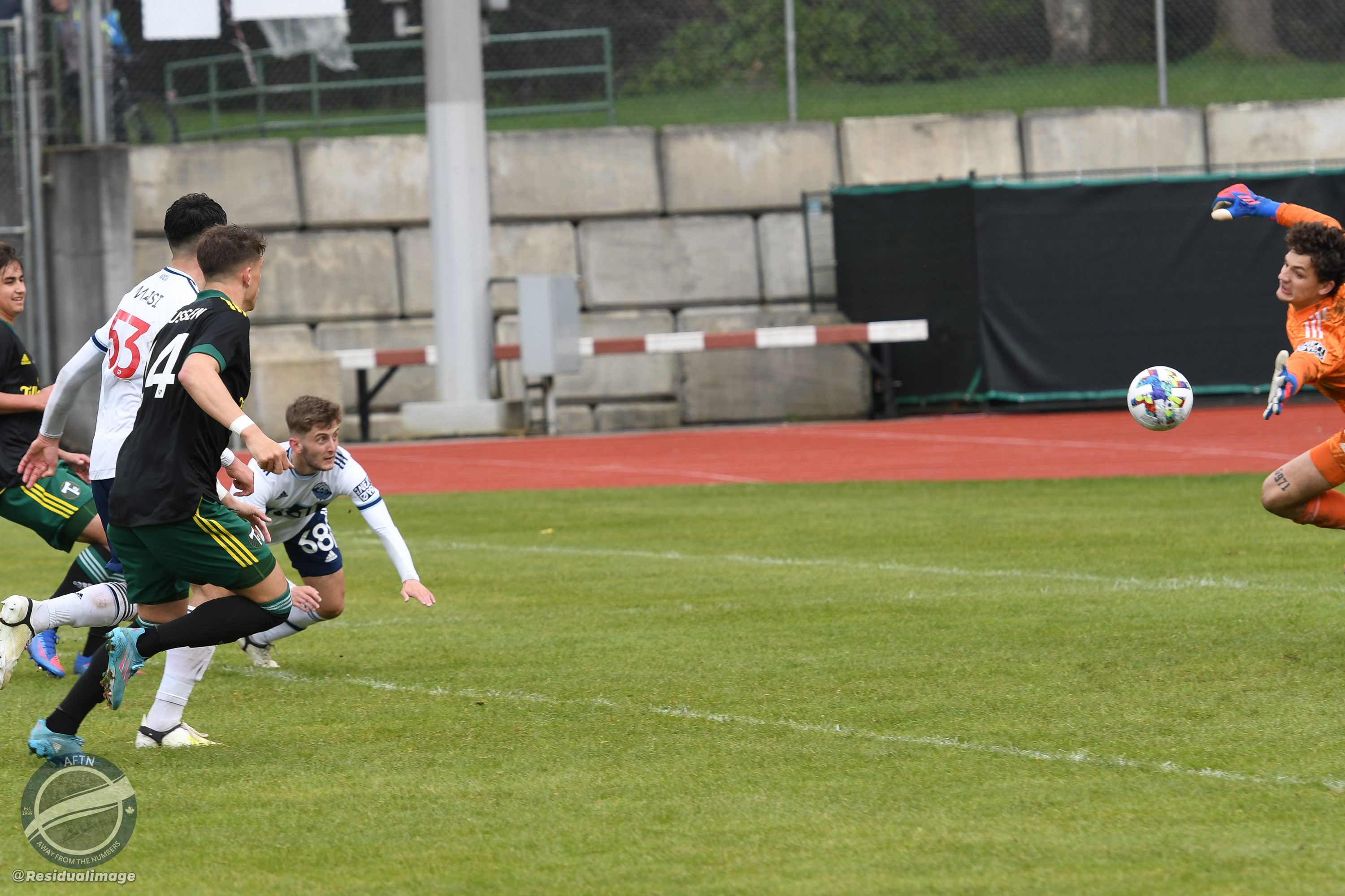 And 5 minutes into stoppage time, they got the reward their play deserved when a Vasco Fry cross to the back post found Antoniuk 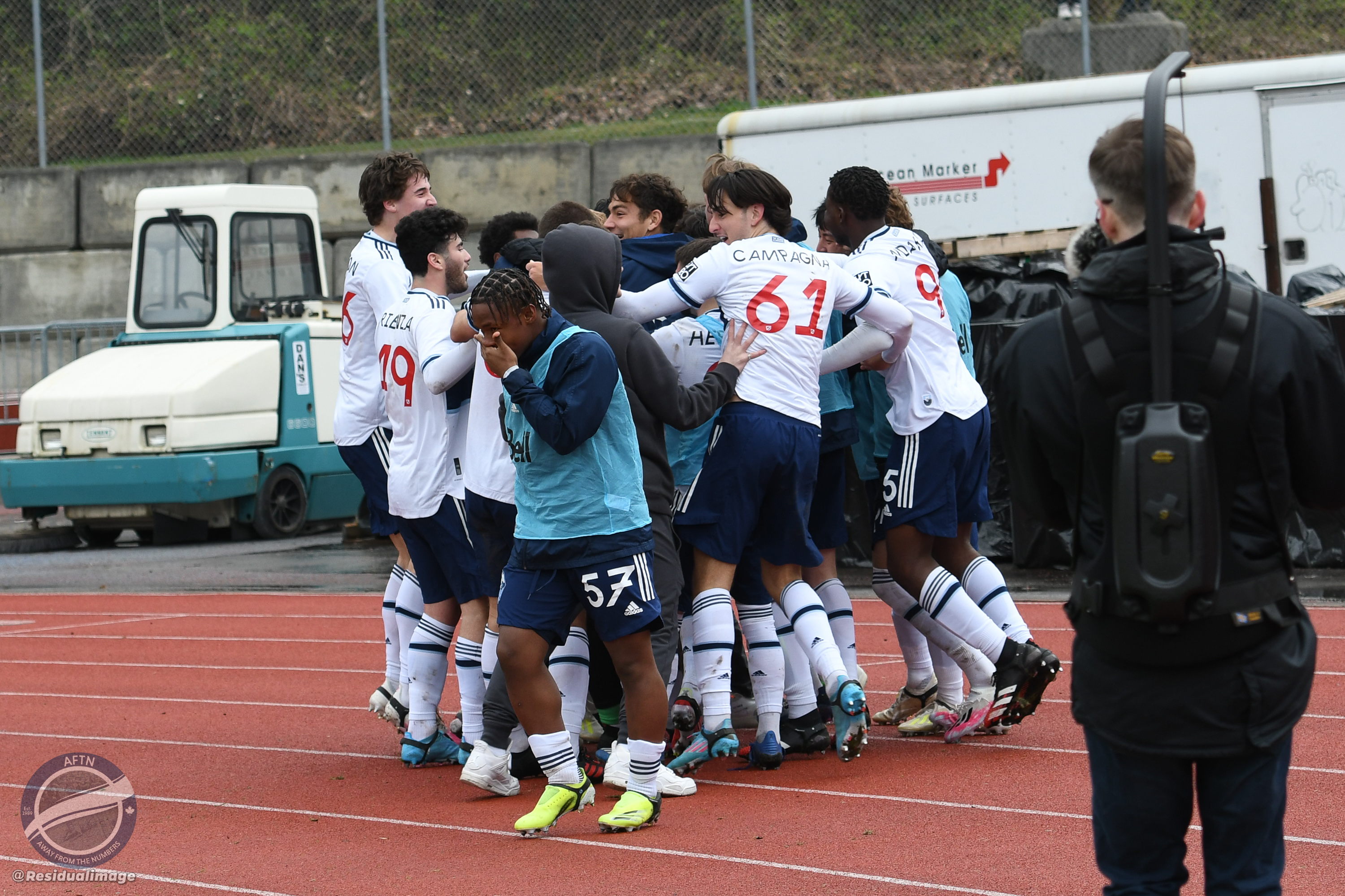 Sparking jubilation amongst the Whitecaps ranks 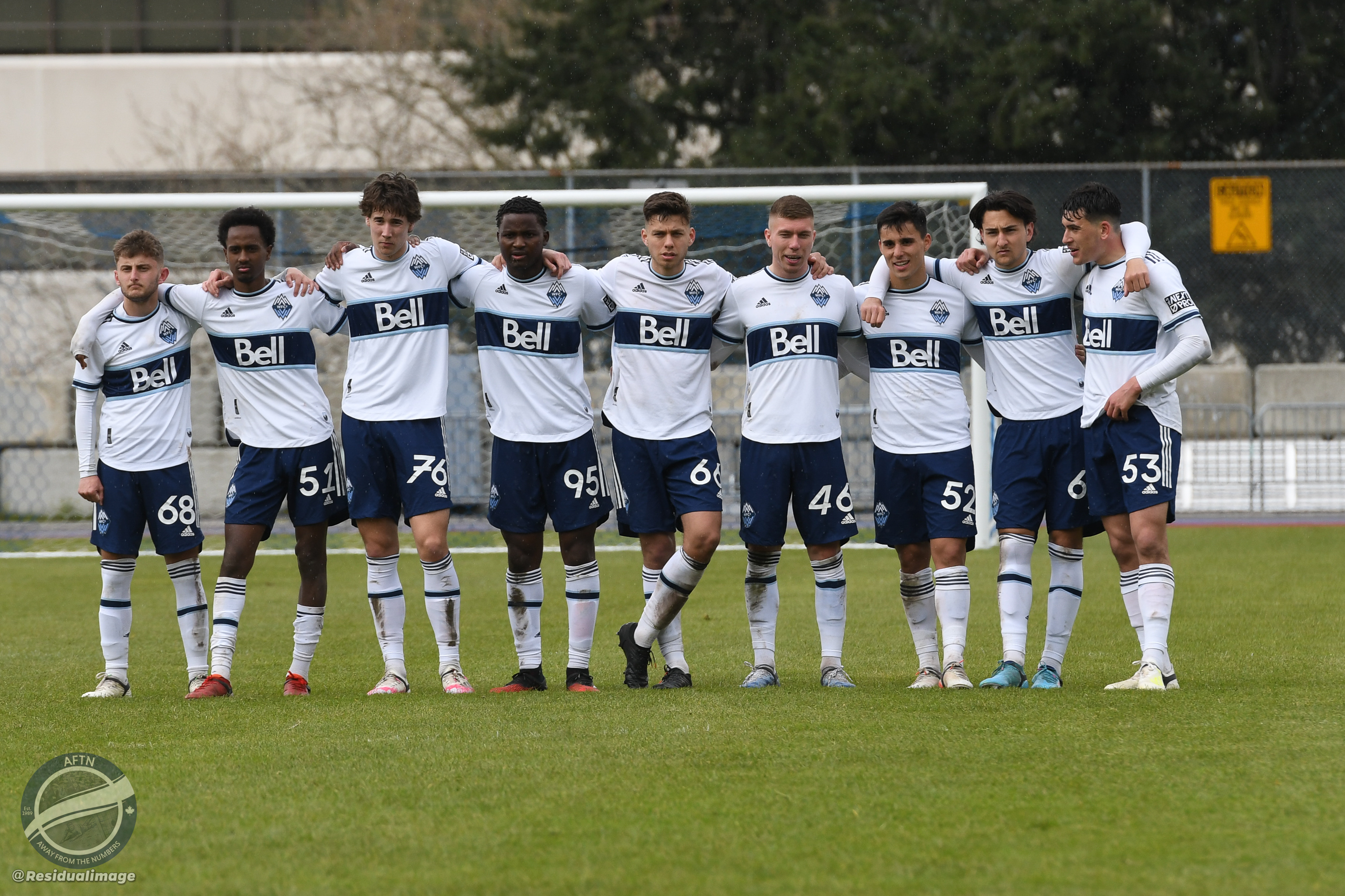 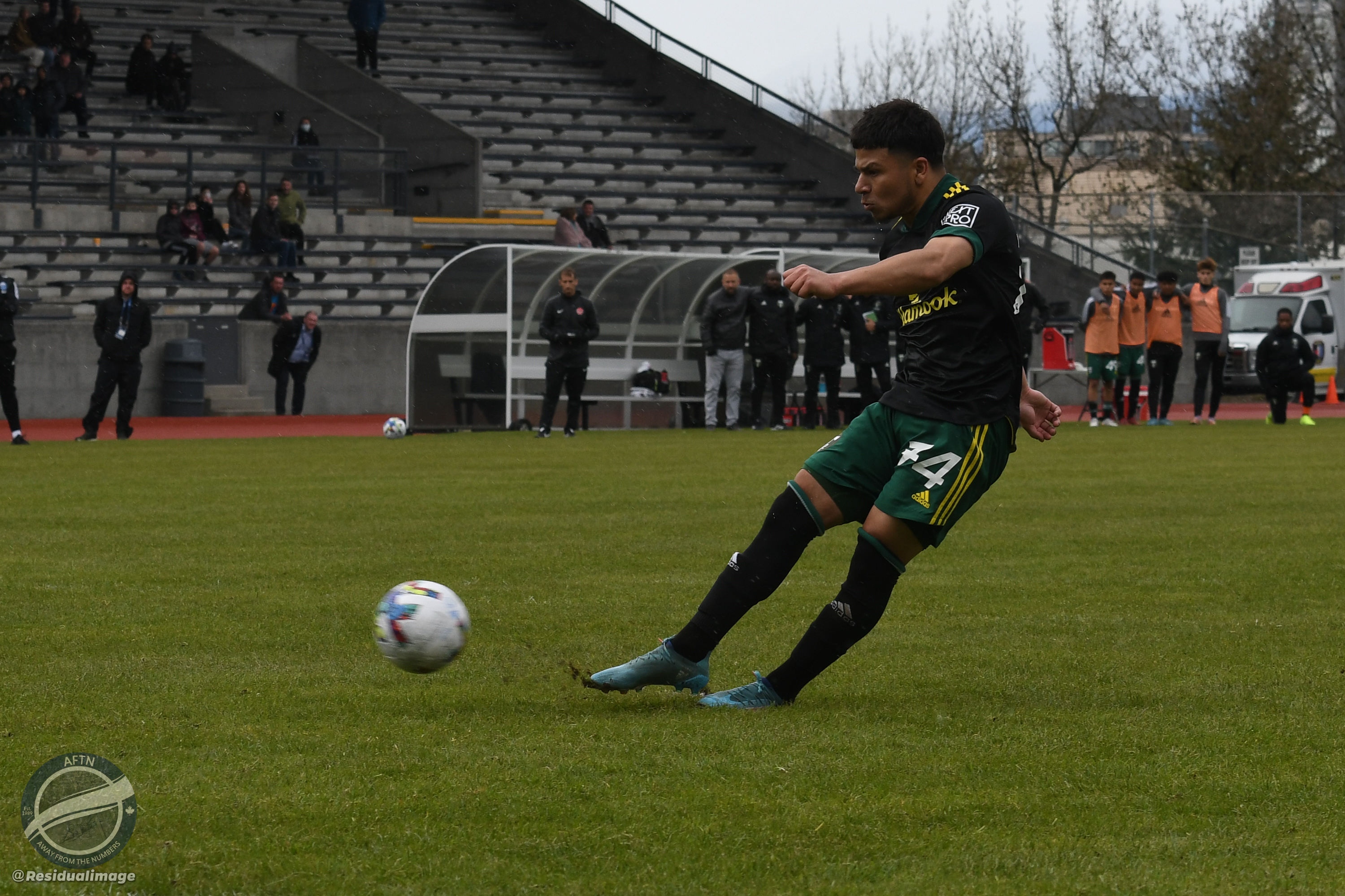 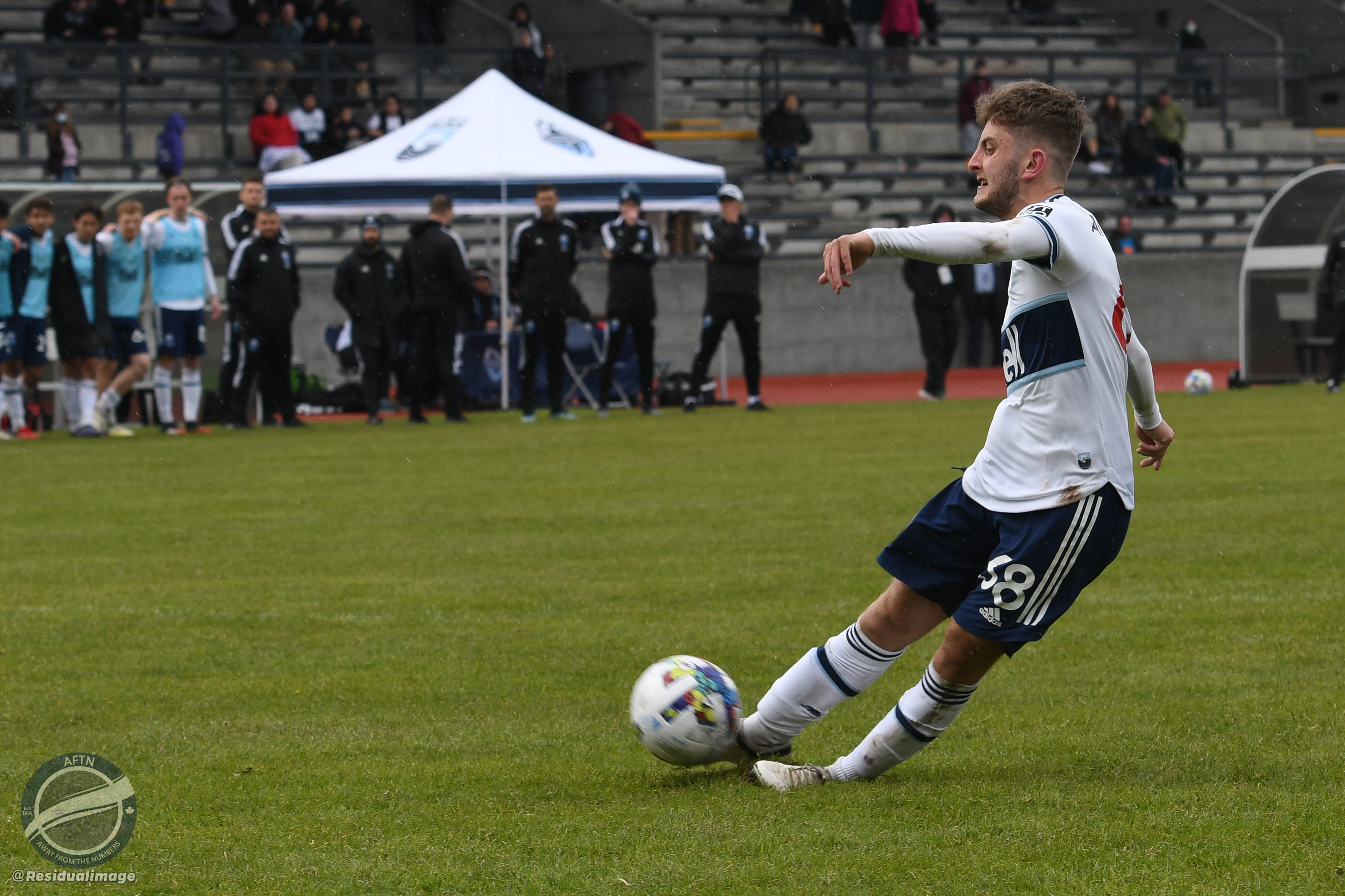 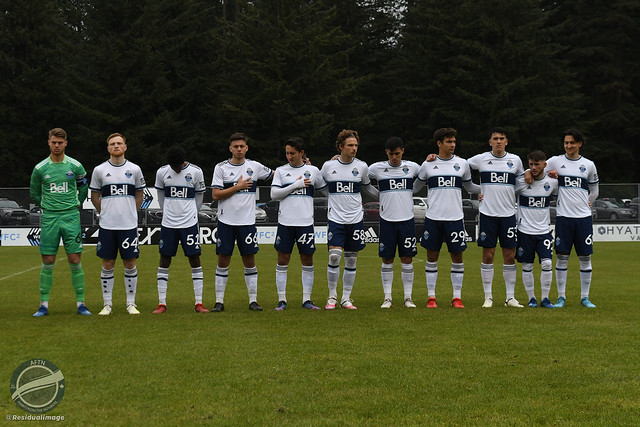