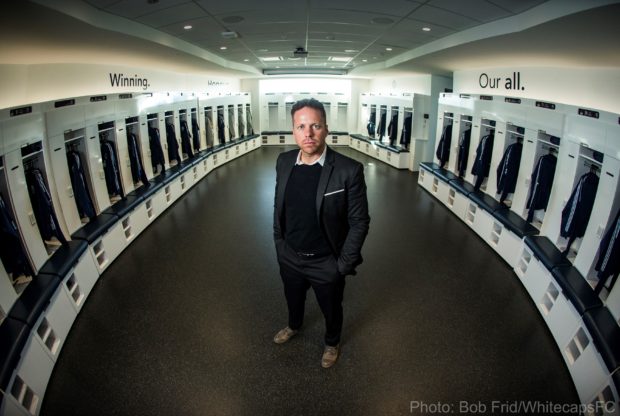 Vancouver Whitecaps’ 2019 preseason training camp gets underway in 29 days time. January 21st is the day that players will report to the ‘Caps training facility up at UBC for medicals and chats with the media.

Right now, that’s looking like a sparse group. There’s 18 signed players as things currently stand. Five of them are young homegrowns who have four MLS minutes between them, one is a player who looks set to have his contract bought out (Efrain Juarez), and more than half of the squad aren’t players you’d peg to be automatic starters.

That’s seemed to cause some consternation amongst certainly parts of the fanbase, as supporters see other clubs making big additions, while the big moves in Whitecapsland have been departures. But in the words of Corporal Pike from Dad’s Army – don’t panic! It’s only December!

There’s two and a half months left till first kick, and as we’ve seen, things can move very, very fast in MLS, especially once international transfer windows are open and the security cash delivering the wad of Euros arrives in Gastown from Germany. If we’re still in a similar position come February, then that’s the time to worry.

Marc Dos Santos and his staff are currently away on scouting trips, which will continue after the New Year, and the ‘Caps management team will be hoping to have shown some enterprise before their voyage home for the MLS combine and SuperDraft in January. The search for some spark, and some starters, is very clearly underway.

And it needs to be. There’s so many key areas that still needing addressed. We need another right back, three or four centre backs, and pretty much any kind of midfielder you could attach a tag to. Then you have the attack, which is glaringly empty.

Strikers have gone, wingers have gone, the ‘Caps leading scorer has gone. There’s not a lot left. It’s looking barer than the bread aisle in a Scottish supermarket on Christmas eve. There’s Anthony Blondell, who’s not even a certainty to still be here come the start of the season, and Theo Bair, who we’re very high on but is about to start his first season in his pro career.

Kei Kamara’s departure was looking more and more likely from the end of season pressers. You sensed he knew right then that he wouldn’t be back and when the ‘Caps officially announced it just before last week’s drafts, I don’t think anyone could really have been surprised. Strikers don’t seem to last here long, or at least the good ones don’t.

In this case it was more of moving in a new direction, as Dos Santos confirmed.

“Kei’s contract was ending and then we had to take a decision on renewing and bringing him back,” Dos Santos said. “Kei was very important for the club last season but we’re looking again at the big picture. We’re looking at the medium, the long term, what we want to be about, and sometimes it’s tough. Not all the decisions when you move on are easy decisions.

“When you’re building a new team and looking at, and it’s not a secret, a new way that we’re going. A new direction. A lot of changes were made, and when you take decisions like that, there’s some big ones that you’re going to have to take and Kei was a big one, but we feel in terms of the medium and long term needs of this club, it was the right one.” 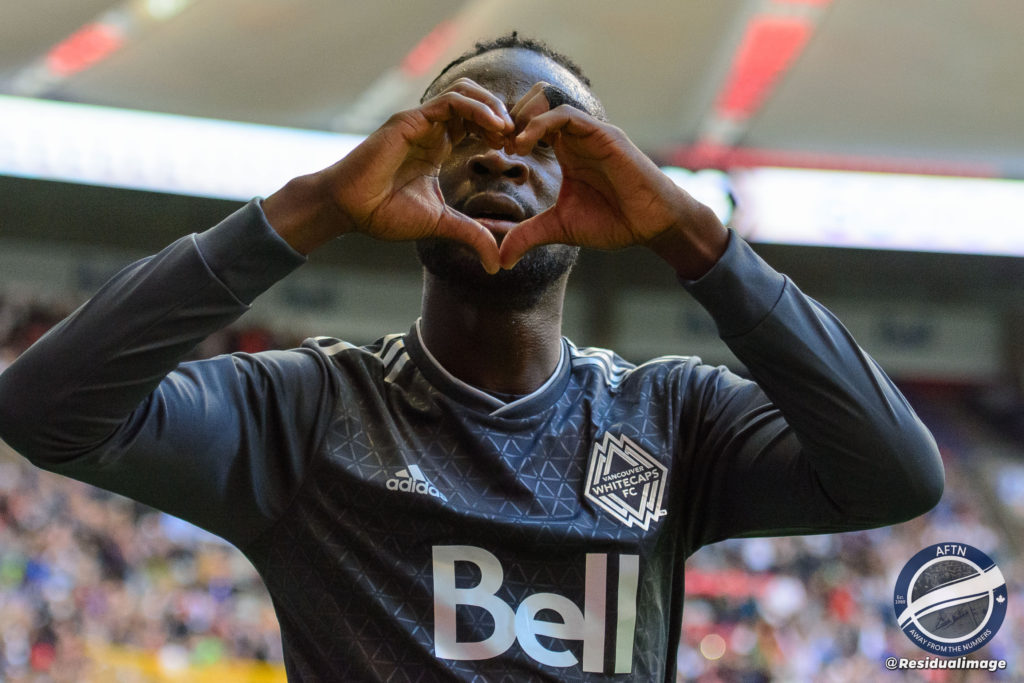 If Kamara wasn’t the type of player that suited how Dos Santos is looking to play, then moving him on was certainly the best decision for all concerned, and he’s now landed in Colorado on a good salary and with two year’s of security in terms of his contract.

But what that means for the Whitecaps is that much like painting the Forth Bridge, the seemingly constant and never ending search for a striker is back on again.

The Whitecaps and strikers have not been happy bedfellows over these MLS years. More fleeting flings than long term relationships. The ones who have stuck around have had a tendency to start with a bang, then leave with a whimper. Then there was Camilo.

And it’s been like that from the start. Eric Hassli captured fans hearts and headlines around the world in his first season in Vancouver in 2011. Ten goals, including that stunner in Seattle, was followed by two the following year and a midseason trade to Toronto.

The fact that Darren Mattocks led the Whitecaps in scoring with eight goals in 2012 says it all, before Camilo burst onto the scene in some style in 2013 with his Golden Boot winning 22 goals in his third season at the club. Third and last, and we all know how that ended.

2014 to 2016 were the Pedro Morales years, with the Chilean leading the Whitecaps in goalscoring in his first and last seasons with the club, with 10 and nine goals respectively. Sandwiched inbetween that was Octavio Rivero’s team leading 2015 season, where he led the way with 10 goals.

Rivero’s signing was announced on Christmas Day 2014 in a big fanfare. A gift to the fans. We’d finally found our striker. The Uruguayan started in style, exciting fans with five goals in his first six matches, but Rivero soon went the way of many Christmas gifts and his batteries seemed to quickly run out, before he was shipped out midseason the following year.

There’s been others, perhaps the most notable of which was Kenny Miller, a player who is still banging the goals in at the top level in Scotland this season. Miller was somewhat castigated here, but he was on a team with players that simply didn’t have his footballing IQ and couldn’t keep up with what his brain was calculating during attacks. His 13 goals from his 45 matches could, and should, have been more with a better creative core around him. 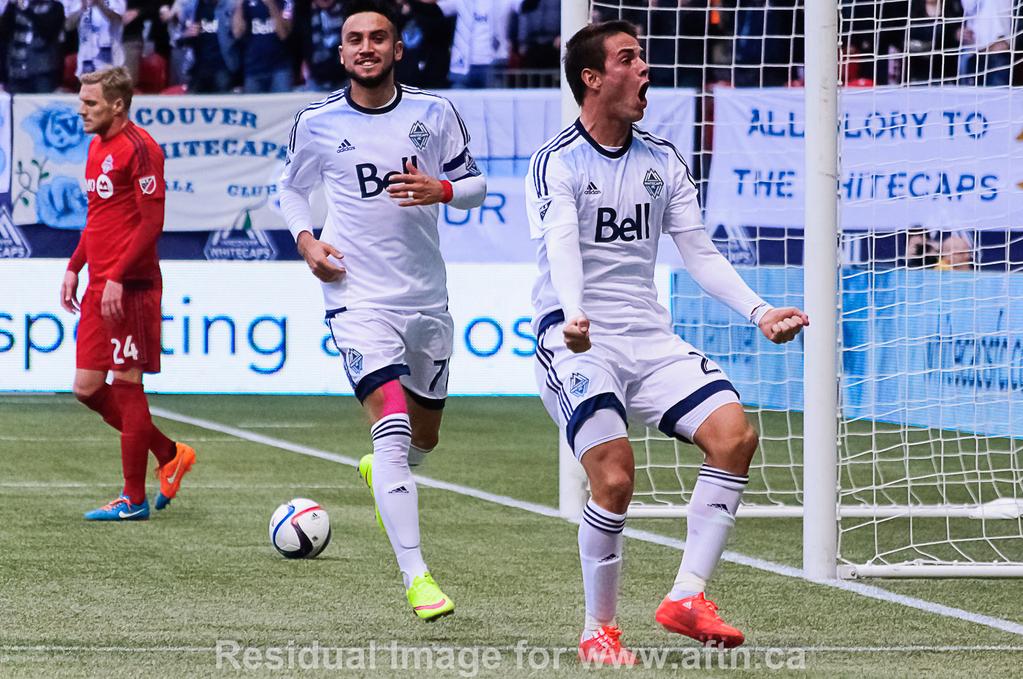 It’s been a depressing tale of woe really. Kamara and Montero have shaken it a little bit, but it definitely did feel that Vancouver was the place striker’s careers came to die. A feeling only added to when you saw what many went on to produce elsewhere. Even Darren Mattocks has had his best ever MLS season with DC United this year.

What’s been behind it? Well we could spend hours discussing that. Tactics, playing style, recruitment, money, and many other aspects have all played a part. But it needs to change. We need some stability at the club. A striker who will be around for more than a season or two at the most, and one that will actually be productive throughout his time here.

Dos Santos has already indicated that the team’s next striker is most likely going to come from outwith the league, as those top performers within MLS are too prized by their current clubs, or too pricey for the cash-shy ‘Caps to try and pry away.

It’s what every club wants of course – a prolific goalscorer. That’s why strikers command the big bucks and the big transfer fees, and why they’re not at a club like the Whitecaps. And there’s always the danger that when a striker does well at a MLS club, then he’ll soon head off overseas to a bigger side.

But if we want to build a proper football club. Foundations for a lasting legacy. We simply can’t keep chopping and changing our main striker every season, and the owners have to dig into their pockets and the growing wad of allocation money the club now has to make that happen.

Whoever Dos Santos and his team scout and sign from their current trips, it needs to be the right addition, it needs to be a successful one that will stick around, and the front office need to do all they can to make it happen.

This is a watershed season for the Whitecaps. Second rate is no longer acceptable.