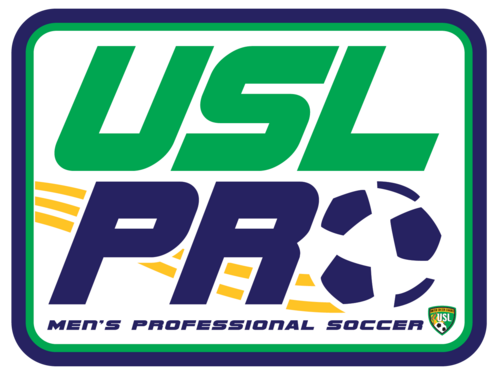 The news today that Vancouver Whitecaps hope to have their own USL Pro club up and running in time for the 2015 season is both an exciting prospect and a vital developmental tool for the Caps future.

It’s something we’ve long been campaigners for and the benefits in terms of close at hand development of the top young talent in the Whitecaps pro environment and under the one coaching philosophy could have massive implications for the team in years to come.

The Whitecaps production of young talent through their Residency program is well known and respected. What happens to all that talent once they hit the age of 18 is what has been the big debating point.

Now there is another option, another pathway and another stage where players, some of whom are not MLS ready, can develop their skills further and that can only lead to very good things for the Caps as coach Carl Robinson is only too well aware.

“The opportunity to get it is really fantastic,” Robinson said of the new USL Pro team at training. “It’s the next stage for the growth and development of our young players within our system because it allows them to get that next from the Residency program without jumping in to MLS where they’re probably not quite ready at the age of 18.

“There’s a gap between that group, 18 and maybe 22, 23 if they don’t go to college which we needed to address and we think it’s the right way forward. It’s a fantastic opportunity for us as a club and we move forward with it.”

Although there are still some obstacles to overcome and the new USL Pro side is not yet a fait accompli in New West (more on that tomorrow), the timing couldn’t be better with another talented crop of players set to graduate from the Residency program.

“It’s urgent from our side,” Robinson admitted. “The key to it all is having all these talented young players at 18 years old and we don’t want to lose a year or two of their development., like has happened already before. It’s important the next step and the next stages that they’re in, so we’re delighted.”

The last two seasons have seen the Whitecaps affiliate with long time USL Pro side Charleston Battery. Whitecaps president Bobby Lenarduzzi says that the Battery have done a “great job” but admitted at this morning’s press conference to announce the new team that the “distance makes it very, very difficult”.

From us looking in from afar here at AFTN, the Battery seem a great little club, but they are, and should be, their own club, with their own ideas, own fanbase and own goals (not literally putting the ball in the back of their own net!).

As supporters of lower league football we would hate the prospect of one of the clubs we support (eg: East Fife in Scotland, AFC Wimbledon in England) to become a feeder club to a bigger side. You lose some of your own identity and also, as has been seen in Charleston, some of your own young talent. So this is also good news for Battery fans.

It also seemed evident to us these past two seasons that the Whitecaps loanees weren’t getting as many minutes as they needed or you would expect them to get. Some of it was due to injuries of course (Bryce Alderson and Ben Fisk last year) but it did raise the question of what the real point of sending these players down there was.

This season Jackson Farmer and Marlon Ramirez were recalled early and played the PDL season in Vancouver, whilst Omar Salgado was quickly recalled to the MLS ranks when Kenny Miller departed.

The Caps’ new USL Pro club will address all of these issues. You will have a squad comprising of Residency players, both current and alumni, drafts picks and MLS players needing minutes and games to keep match fit, recover from injuries etc.

Perhaps most importantly, it is the perfect place for the Caps’ strong homegrown and local talent (including the best in the BC collegiate ranks) and will provide a different option to that college route or losing Canadian talent to the lower European leagues.

We’ll have more on the benefit to Canadian talent and the Canadian soccer landscape over the next couple of days, along with details of what the next stage of proceedings will be in securing the team and the plans for the refurbished stadium at the historic Queens Park in New Westminster.

All in all though, this is an exciting time to be a Whitecaps supporter and ponder just what the future may hold in store for the club.